Bangalore Rural District Chess Association organised a one-day rapid tournament on Sunday 28th February in Bangalore. It attracted 260 players from five states across India including Karnataka. Both Sa Kannan and 13-year-old Tejes Suresh Kumar finished at an unbeaten 6.5/7. Kannan won the event due to a better tie-break score. The prize winners received beautiful trophies. Bengaluru resident and ardent chess lover Sushruta Reddy who has not missed a single chess tournament in Bengaluru since November 1992, recounts on playing an otb event after over a year. Photo: Sa Kannan

A total of 260 players participated in 38th BRDCA Open Rapid Chess Tournament organised by BRDCA on Sunday 28th February at Virginia Mall in Bangalore, Karnataka. There were four categories in the tournament - Open, Under-15, Under-12 and Under-10. The one-day rapid tournament attracted players from Andhra Pradesh, Odisha, Tamil Nadu, Uttar Pradesh and of course the home state Karnataka. 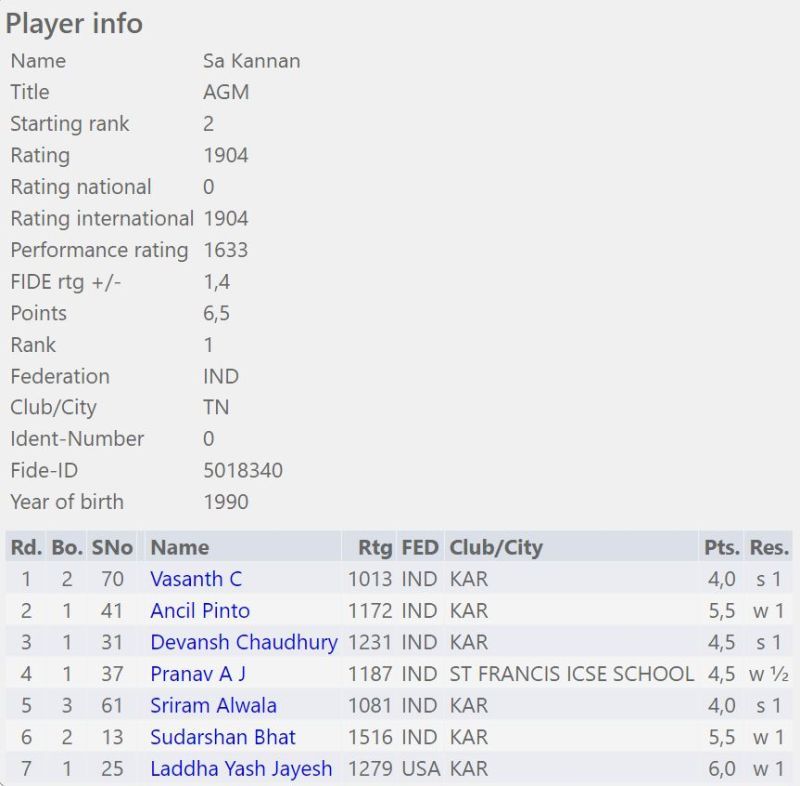 Sa Kannan drove over 400 km to play this tournament says, "I was happy to win the tournament. It was conducted well, with necessary precautions and restrictions. Expecting more such events to start soon."

Sushrutha Reddy, an ardent chess professional from Bengaluru shared his experience, "Post March 10, 2020, I stepped outside only twice until the BRDCA Chess Tournament - once was to collect my fees payment from School and another was when I visited my friend Hariharan Subramony.

Apart from being a foodie, I used to watch at least 2 movies on the big screen every week before the pandemic and never missed any Chess Tournament in Bangalore since November, 1992.

So as an OTB player, it became my first break from Chess. As an Organizer, I informed whoever contacted me that there will be no Chess Tournaments for two years in Bangalore from the onset of the pandemic. What I mean here is I literally had no hope for a Chess Tournament taking place in Bangalore until 2022.

During the past year, I didn't get tempted to go to any Restaurant nor any movie on the big screen. But, when it came to a Chess Tournament, I seriously didn't expect myself going ahead and participating! As the experience of going out during the pandemic was new to me, I ended up wearing two masks and gloves! 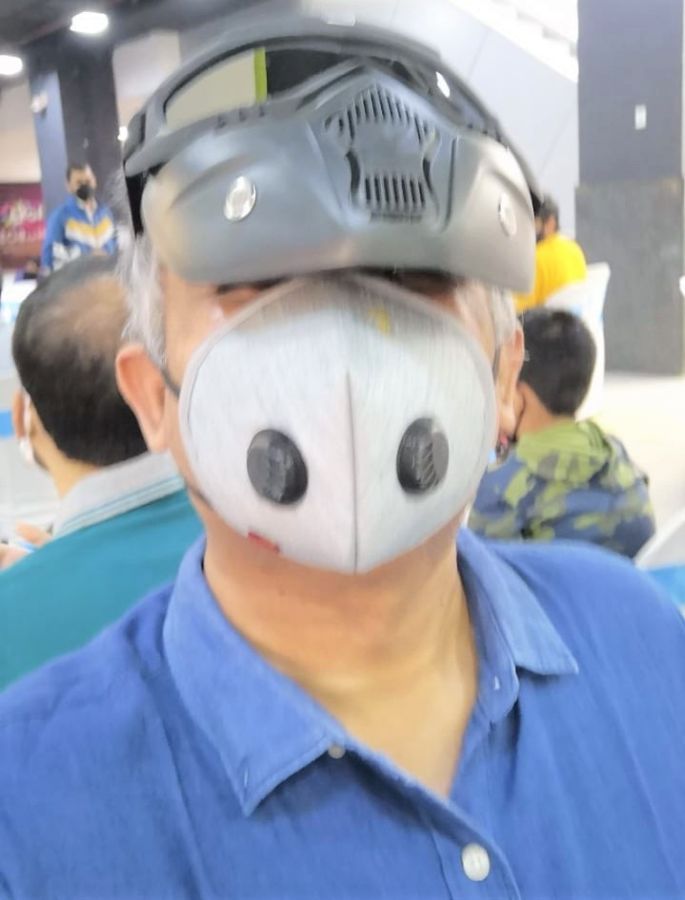 Sushruta with his two masks at the tournament hall | Photo: Sushruta's fb

I must say that if you keep a Chess Board in front of a passionate Chess Player, he/she will forget the World around him/her - watch the Oscar award winning movie La diagonale du fou (Dangerous moves) to know what I mean. So I became fully focused on my first Chess Tournament in more than a year. The Event was very well organized by BRDCA, led by its Secretary Chidanand.

During the Event, I understood that the Bangalore Chess fraternity has reached a stage where if we stop organizing Chess Tournaments, we would go back by 15 years where we used to receive single digit entries in the Under 7 section and considered 100 entries as an achievement! This propelled me to write a post on Facebook yesterday stating this as the right time for people to step in as Organizers of FIDE Rating Chess Tournament. I am hoping that more Schools in Bangalore will support Chess in the coming months and years. My idea hereon is to bring in more Organizers while I popularize Chess across Schools in Bangalore.

I must say something about Chidananda here. He did quite some research by speaking to many Chess Parents before going ahead with the Chess Tournament on February 28. Most of us, including the UKCA Secretary himself, were totally shocked with the turn out in the event. Had he not closed entries, Chidananda's event would have witnessed more than 500 players taking part.

The Tournament surely is an eye opener for Chess activities in Bangalore. Mark my words, any FIDE Rating Chess Tournament in Bangalore this Summer (with a max entry fee of Rs 2,000 to 2,500) will receive more than 600 entries - I am stating this with an experience of more than 28 years in professional Chess. Concluding this long post with a big Thank You to Chidanand for bringing such a well organized Chess Tournament for the Bangalore Chess fraternity." 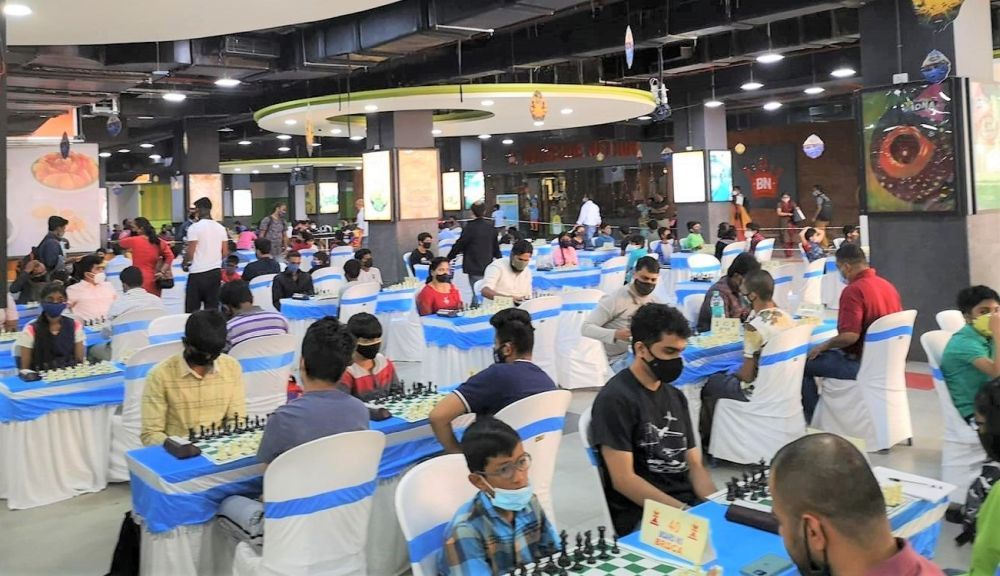 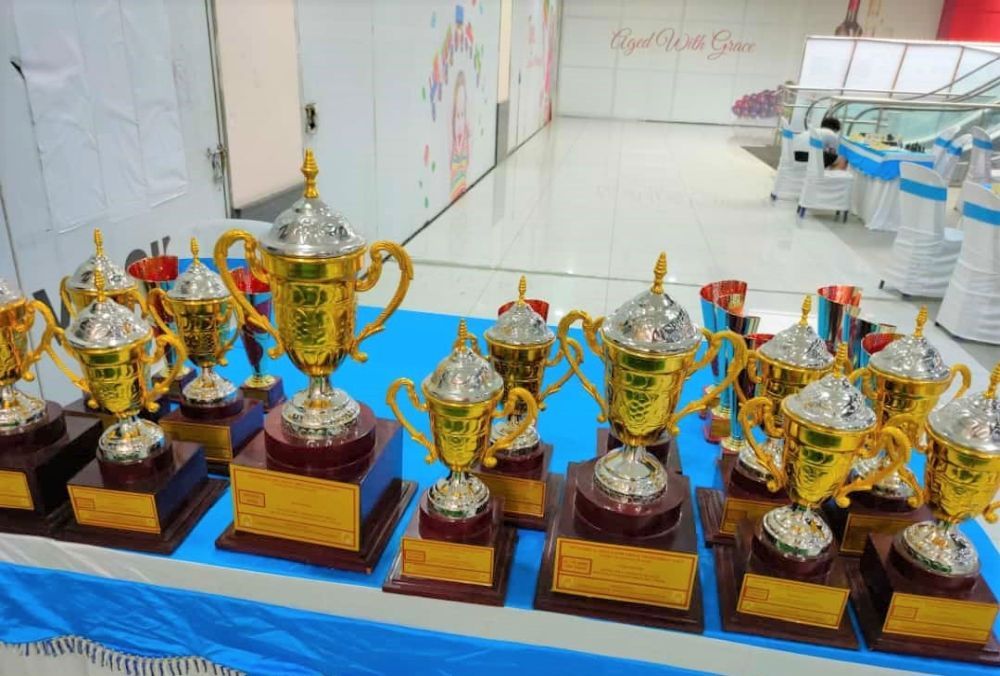 Final Standings in Under-15

Final Standings in Under-12

Final Standings in Under-10