Himanshi Rathi (GUJ) scored an unbeaten 7.0/8 to win AICFB National Women Chess Championship for the Blind 2022. She finished a half point ahead of the field. This is her third National Women title. Previously, she won it in 2019 and 2020. Vaishali Savalker (MAH) scored an unbeaten 6.5/8 to finish at second place. She also finished second for the third consecutive time. Five players scored 6.0/8. Tijan Punaram Gawar (MAH) was placed third according to tie-breaks. A total of 50 players participated in this three-day eight round tournament from various states across the country. Top three totally blind and top three partially are selected for Asian para games. Photo: AICFB

Himanshi Rathi and Vaishali Savalker have secured first and second place for the third consecutive edition of AICFB National Women Chess Championship for the Blind. Previous two occassions were in 2019 and 2020. 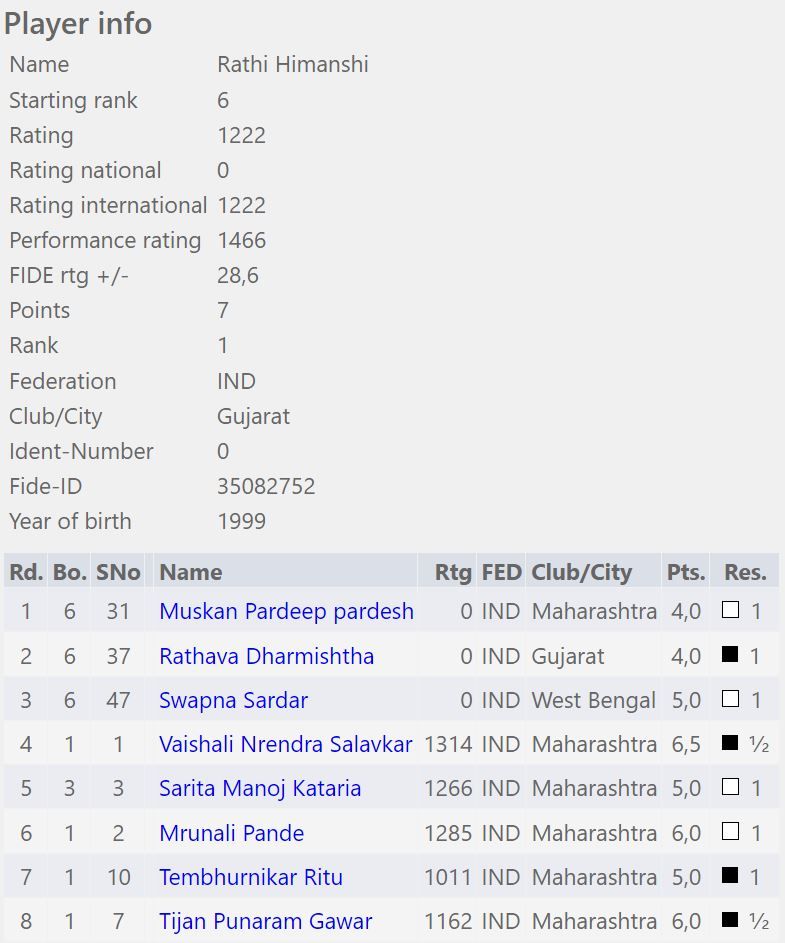 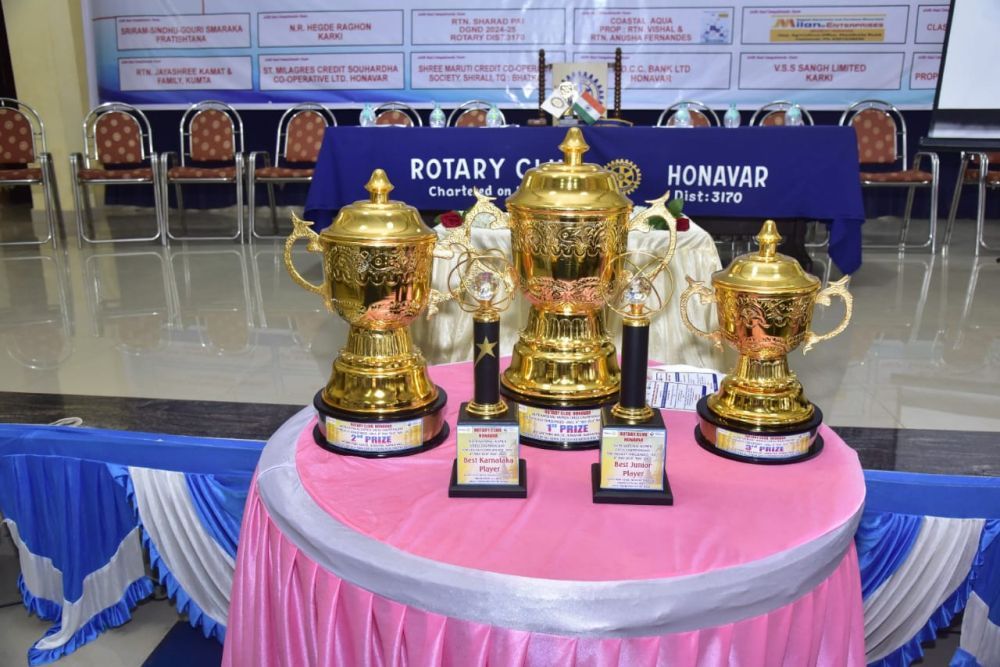 The trophies for the prize winners | Photo: AICFB 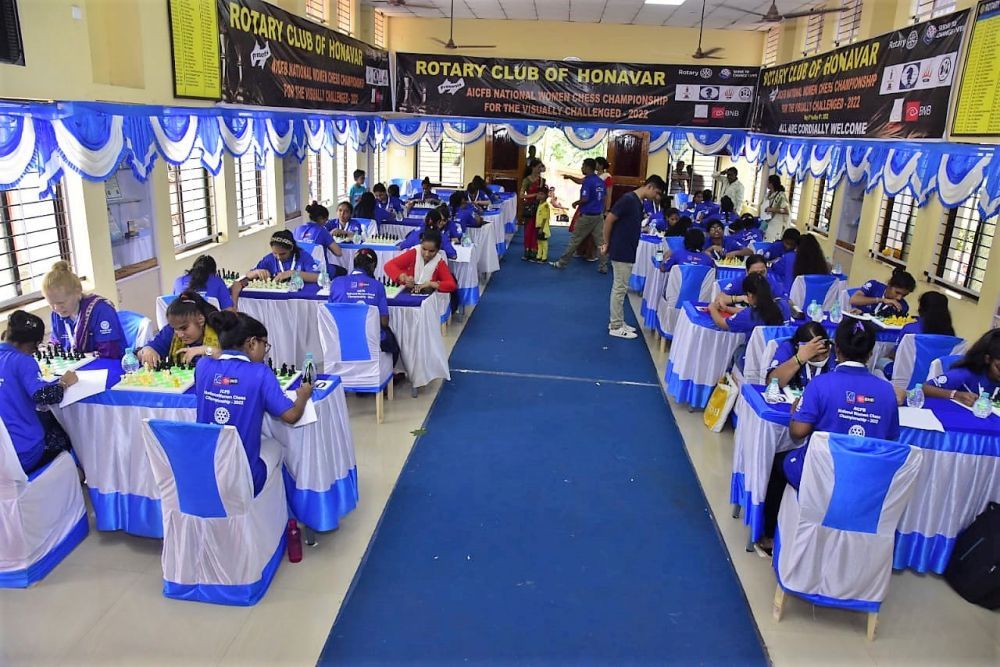 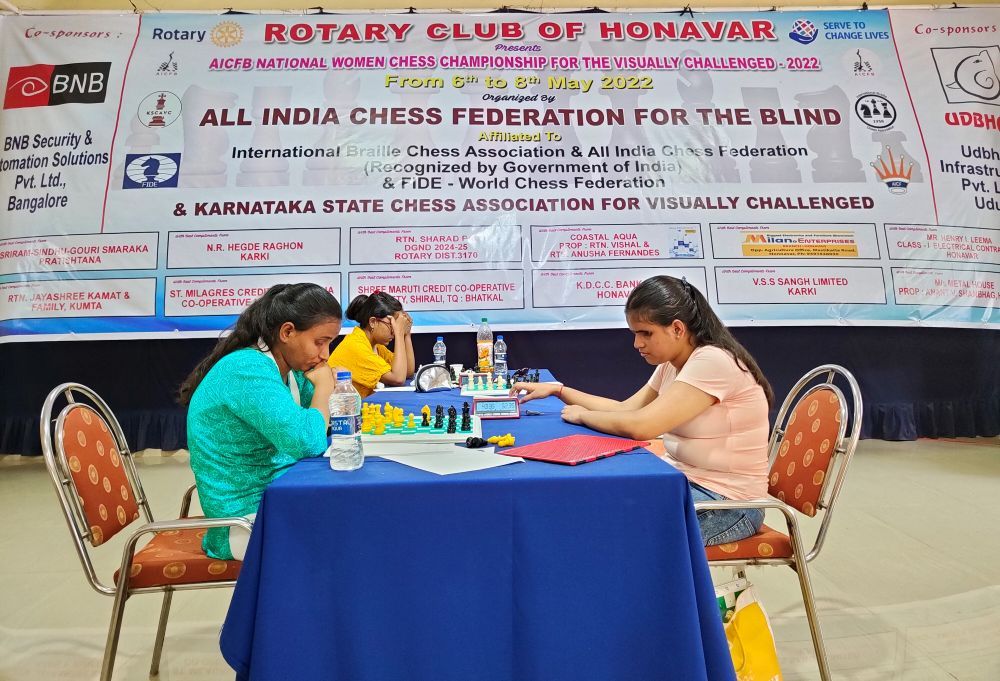 A special thanks to AICFB Vice President, Kishan Gangolli for sharing photos and various info about the tournament.

A total of 50 players took part from various states across India. The tournament was jointly organised by Rotary Club of Honnavar and All India Chess Federation for the Blind (AICFB) in association with Karnataka State Chess Association for Visually Challenged from 6th to 8th May 2022 at Honnavar, Karnatak. The eight-round Swiss league tournament had a time control of 60 minutes + 30 seconds increment from move no.1.