15-year-old Swara Lakshmi S Nair scored an unbeaten 8.5/9 to win 7th ICA Below 1700 Rating Chess Tournament 2022. It is certainly an amazing feat because a female player winning an open event is not a common occurrence. She finished a half point ahead of the competition. Mrityunjay Kumar and Adithya A Chullikad scored 8.0/9 each. They were placed second and third respectively according to tie-breaks. Swara won ₹50000 cash and trophy, Runner-up Mrityunjay got ₹40000 and Second Runner-up Adithya earned ₹25000 cash each as their prize. Total prize fund of the tournament was ₹599000. This was the final event of the four consecutive rating tournaments organized by Innovators Chess Academy at GEAR Innovative International School, Bangalore, Karnataka. Photo: Sushruta Reddy

Innovators Chess Academy organized four consecutive rating tournaments in three different formats and two different categories in total. The backbone behind all these tournaments is FI NA Sushruta Reddy. He himself played in this event and finished at ninth place, despite starting with a loss. 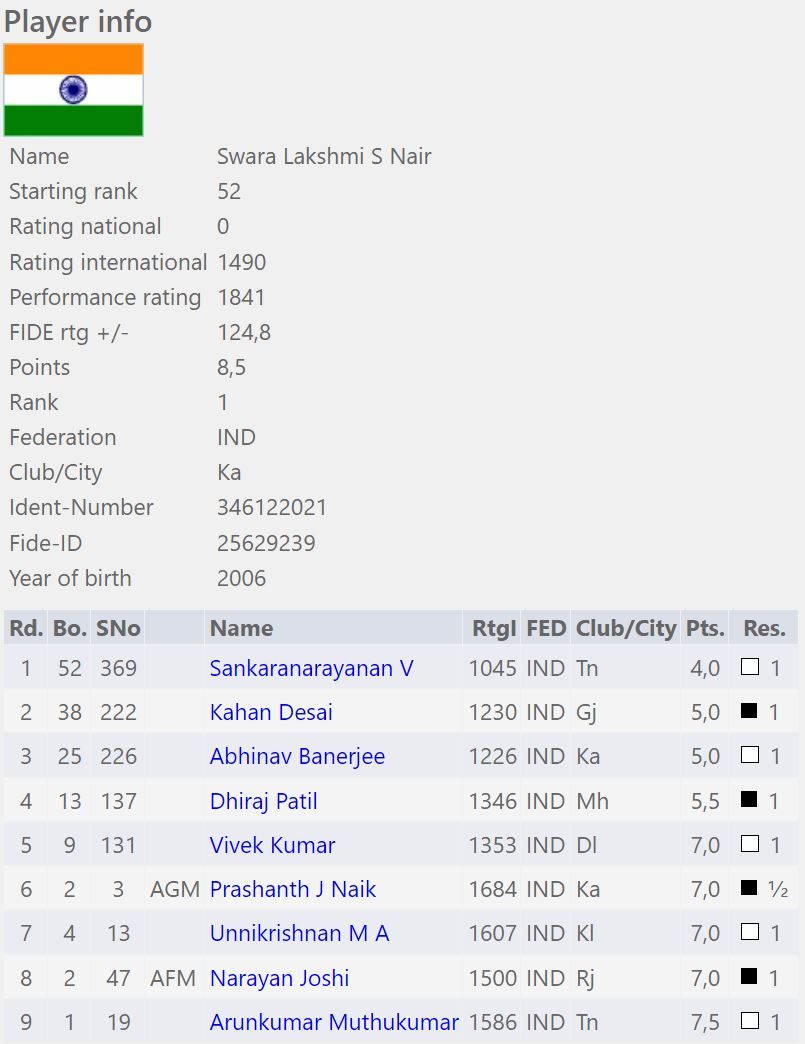 After winning MPL 34th National Under-12 Girls Chess Championship 2022, Shubhi Gupta went to 7th ICA Below 1700 Rating tournament. She had to miss the first round, however she scored 7.5 points in the remaining eight rounds which is definitely an incredible performance. 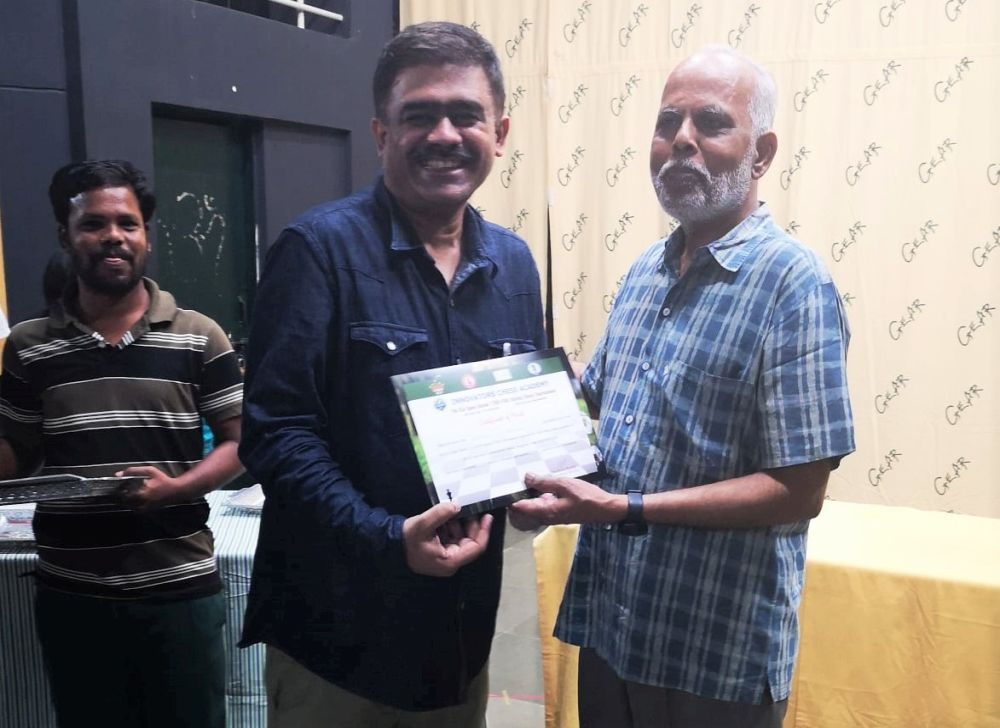 The tournament director FI NA Sushruta Reddy scored 7.5/9 and finished at ninth place after starting the tournament with a loss

We wanted to know Sushruta's thoughts on organizing four consecutive rating tournaments in three different formats and two different categories. Also how he managed to do so well as an organizer and play some great chess at the very same time, which we all know is certainly not an easy task. Sushruta shared, "Breaking free has lately become a challenge. Mental drain is something that usually has an effect on my performances. Physical drain usually doesn't. I was able to separate the issues off the Board and was able to focus clearly when I was in front of the Board in all the rounds from Day 2 (Round 4) of the Below 1700 event. I was short on sleep until that point. I fell asleep during Rounds 2 and 3 and yet managed to win both those games. A week after the events, I still feel stressed and I am still trying to come out of whatever I got sucked into for 22 days :-) " 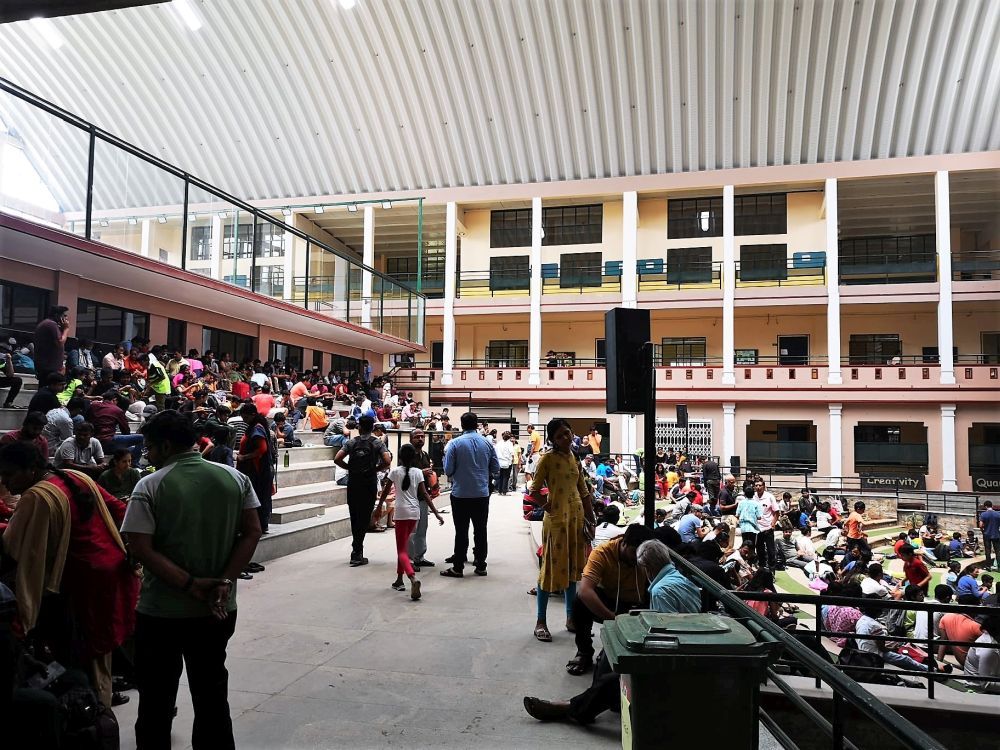 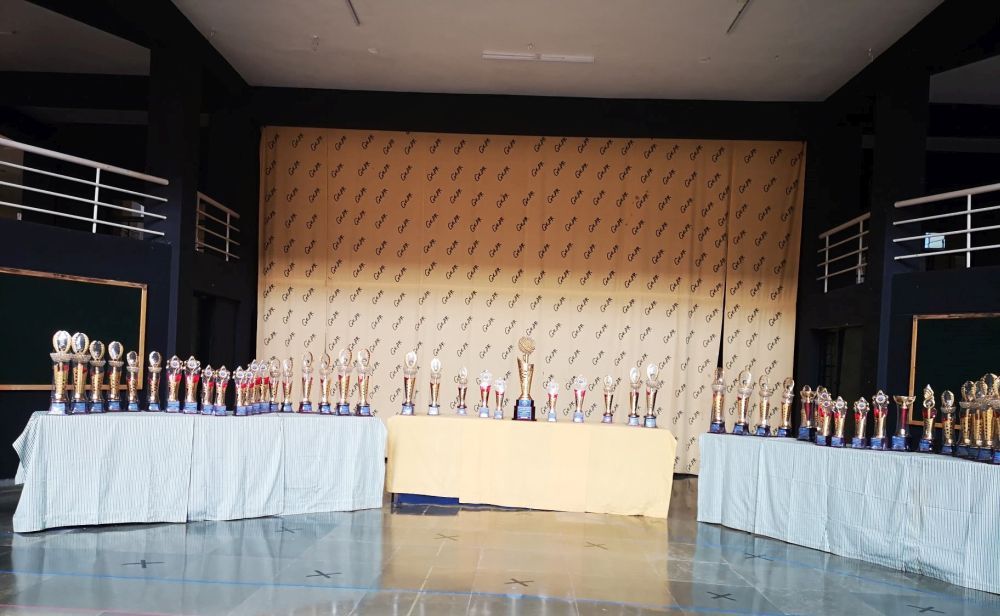 The trophies which were given away as prizes | Photo: Sushruta Reddy

A total of 623 players took part from various parts of the country. The three-day nine-round Swiss league Rating tournament was organized by Innovators Chess Academy at GEAR Innovative International School from 15th to 17th April 2022. The time control of the tournament was 60 minutes + 30 seconds increment from move no.1.