Muthaiah is back to his winning ways

IM Muthaiah Al is well-known for winning Open tournament in all over India in all formats of the game. Before Covid-19 pandemic struck, he won eight tournaments in 2019. Thus, him starting 8.0/8 does not come as a surprise as it shows that he strengthened himself in the last two years. 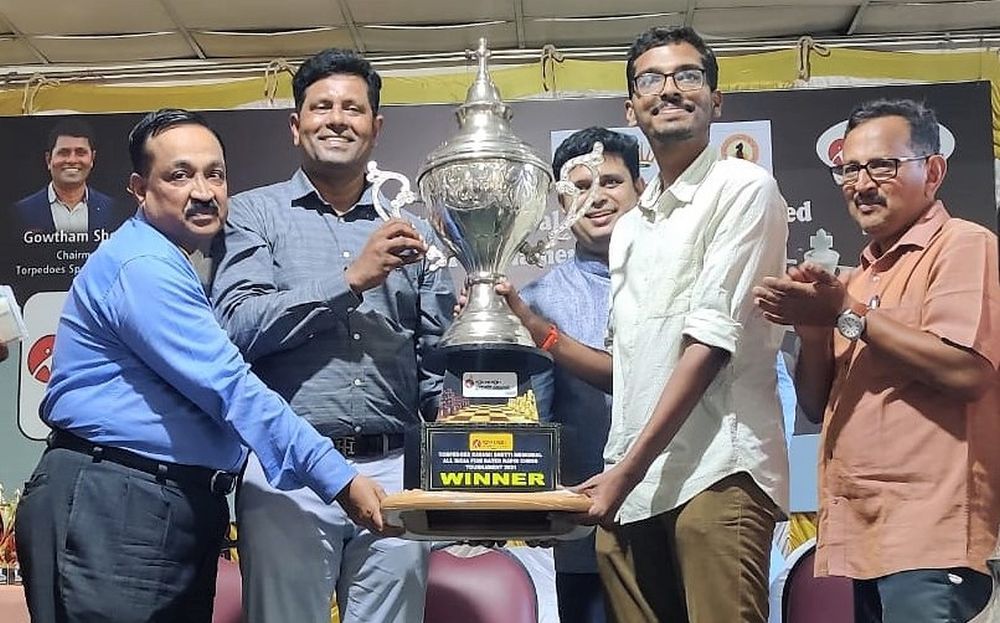 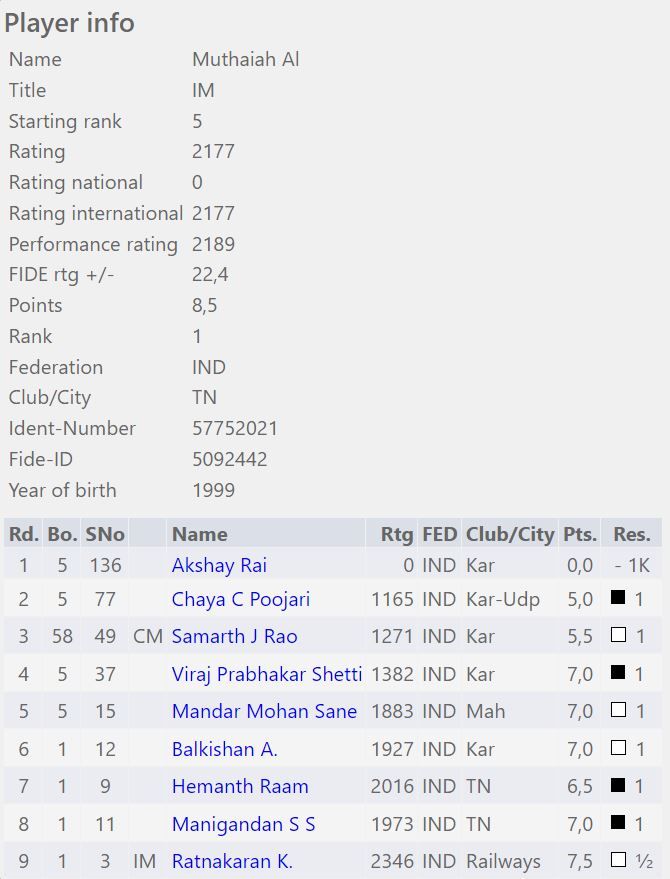 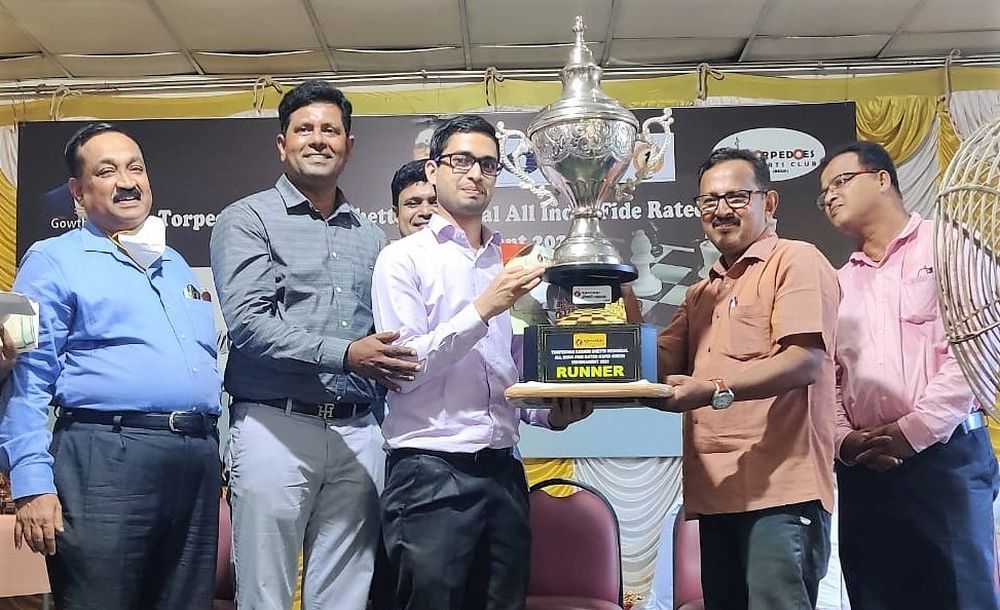 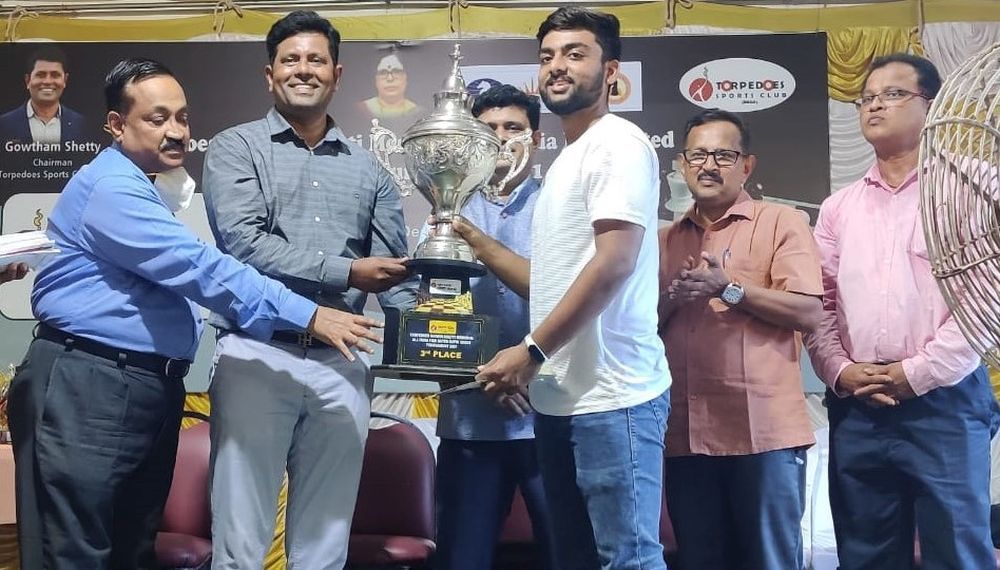 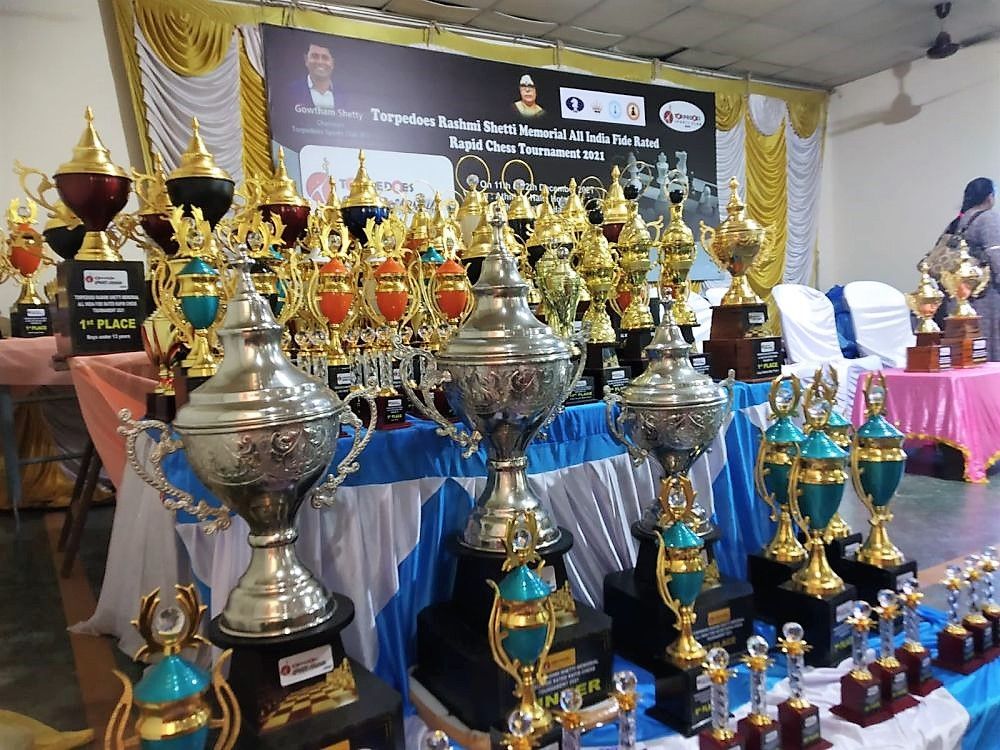 The beautiful trophies which were given away as prize | Photo:Babu J Poojary

The tournament was organized by Torpedoes Sports Club on 11th and 12th December 2021 at Udupi, Karnataka. A total of 252 players including six IMs took part in the nine-round Swiss league Rapid Rating tournament which had a time control of 25 minutes + 10 seconds increment from move no.1.