IM Al Muthaiah of Tamil Nadu and IM M Chakravarthi Reddy of Telangana both scored 7.0/8 and had all their tie-break scores same. So how to decide the winner? Armageddon was the answer. Al Muthaiah won the Armageddon match, thus he was declared the winner of the tournament. Four other players also finished at 7.0/8. Among them, AGM Sa Kannan had the better tie-break score to secure the third position. Total 308 players participated in this four-day eight round tournament, organized by Virudhunagar Chess Club at VSVN Polytechnic College from 5th-8th October 2019. Chief Arbiter of the tournament IA Prof. R Anantharam sends us a detailed report of the tournament.

Muthaiah wins his eighth tournament of the year

It has become a habit of winning tournaments for IM Al Muthaiah as he won his eighth tournament of the year when he won the Armageddon match against IM M Chakravarthi Reddy to win 5th Hatsun & Idhayam Open 2019. 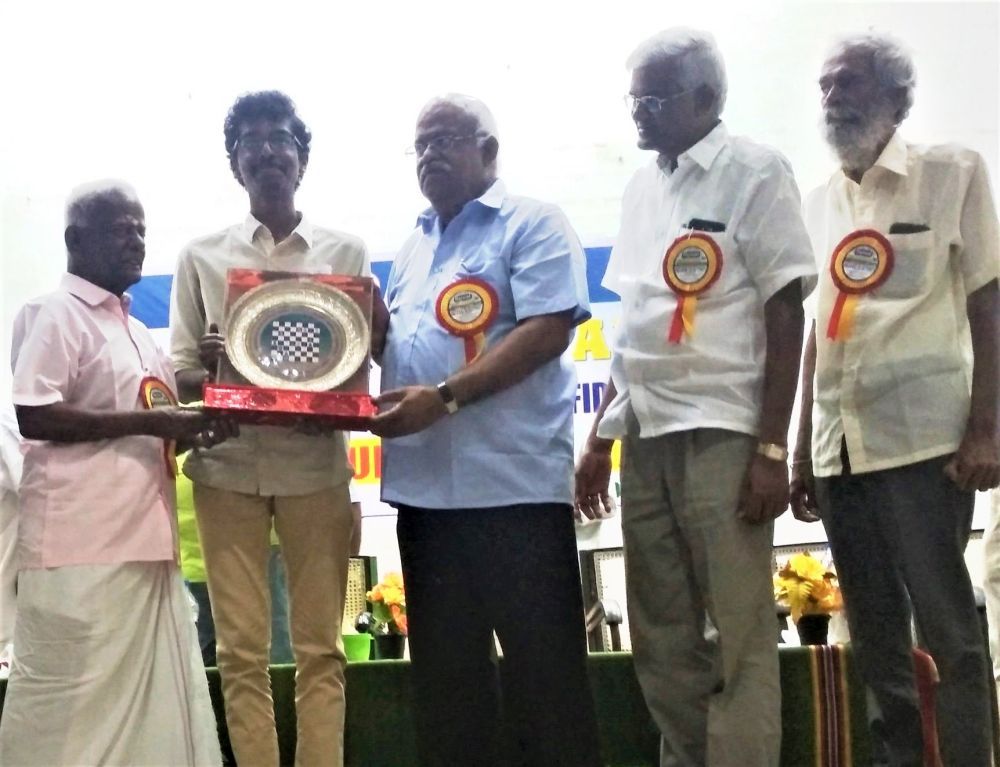 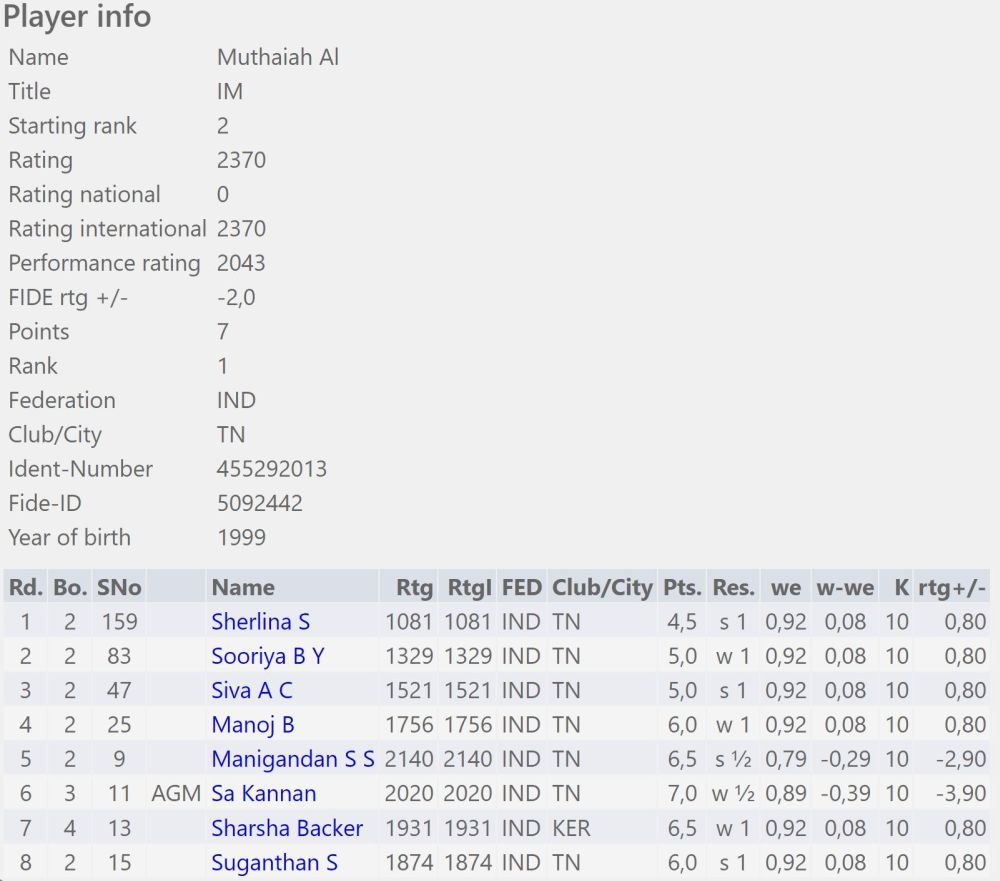 An exciting finish to the 5th Hatsun Idhayam FIDE rated chess tournament at Virudhunagar, Tamil Nadu. There was a six way tie for the first place, each scoring seven points, with IM Muthaiah Al of Tamil Nadu and IM M Chakravarthy Reddy of Telangana scoring identical values in all the five tiebreaks. It was decided to have an Armegeddon game between the two players – White having five minutes and Black four minutes on their clocks. A draw was sufficient for Black to become the champion and White had to win to clinch the title. Chakravarthy chose White and was outplayed by Muthaiah. 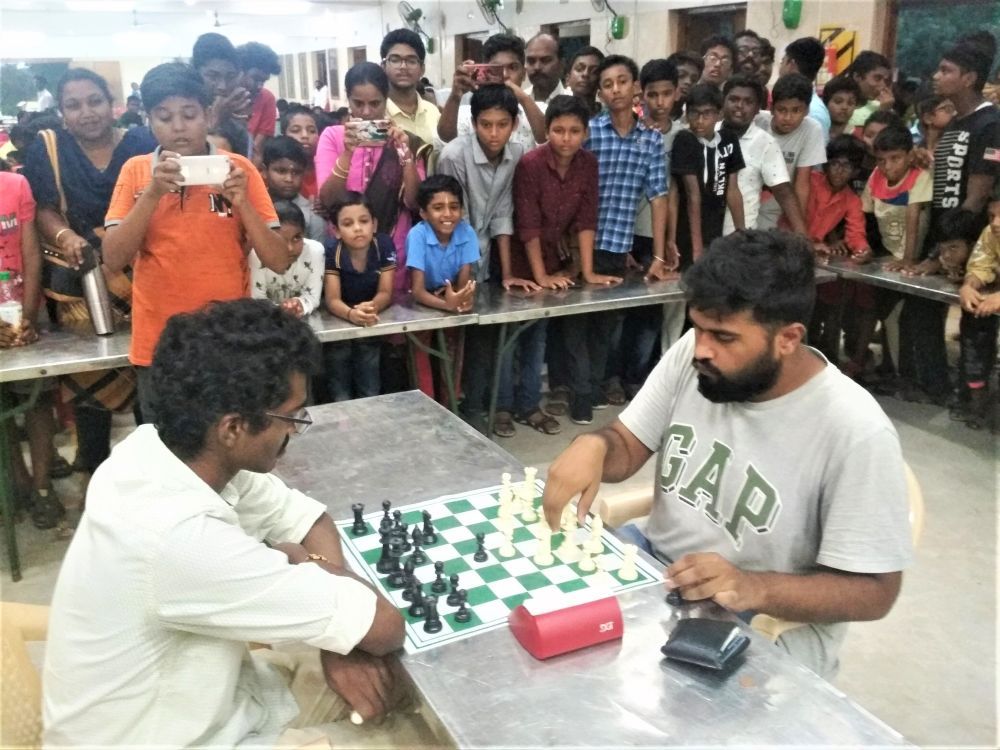 The top seeded International Master A Ra Harikrishnan of Chennai had to be content with the fifth position due to an inferior tiebreak. 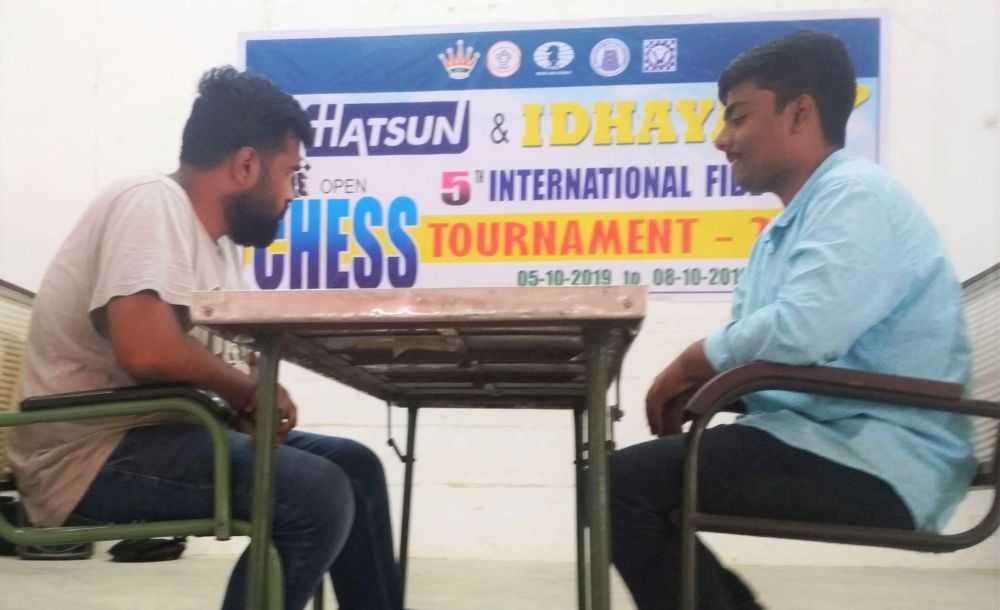 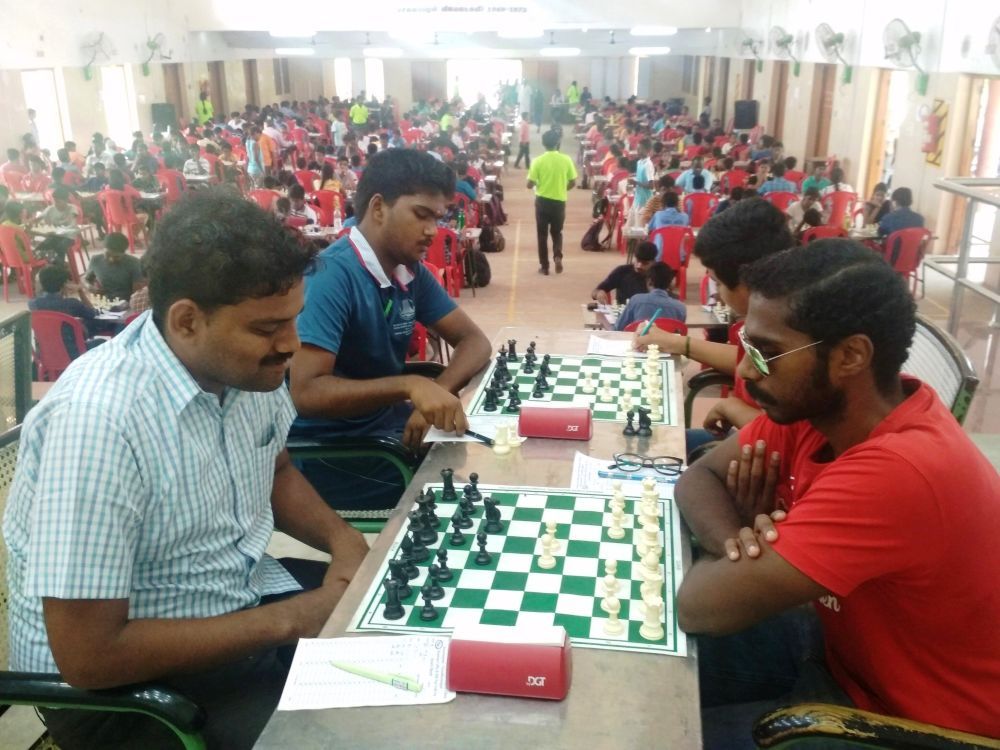 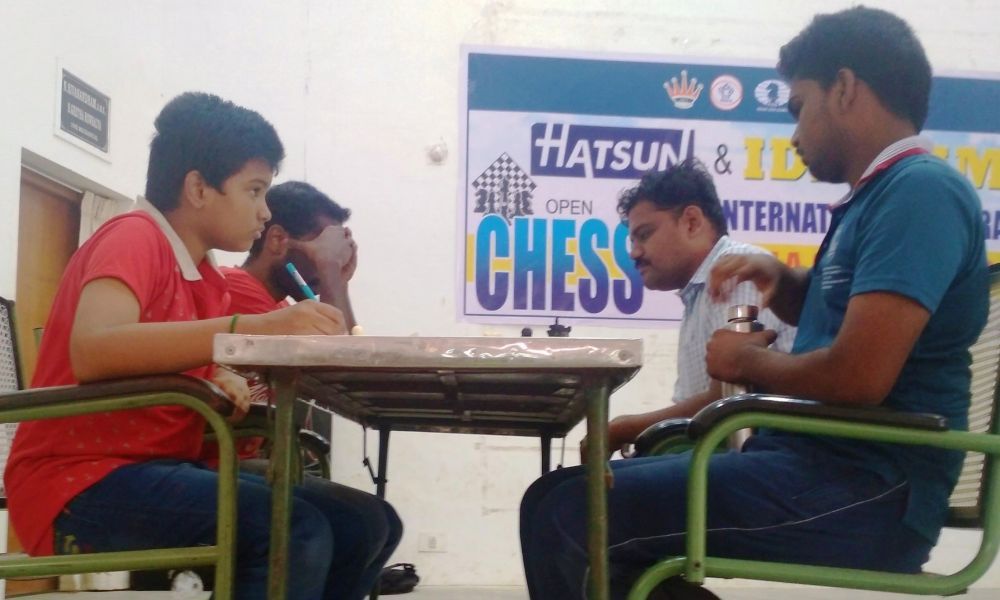 FM Maheswaran P of the host district who is instrumental in Tamil Nadu Postal in winning the All India Postal tournament for the past four years successively had only one blemish against Chakravarthy Reddy for his seven point tally to get the sixth place. 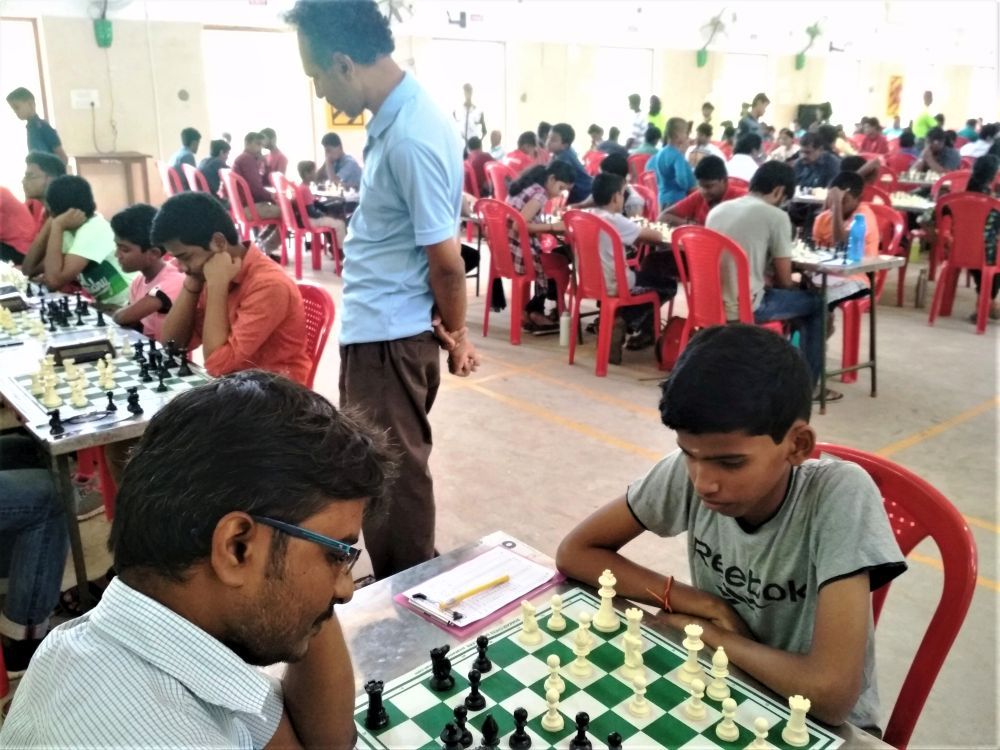 S S Manigandan of Madurai played well to hold Muthaiah in the fifth round but lost to Barath Kalyan in the next round to secure the seventh place with 6.5 points. 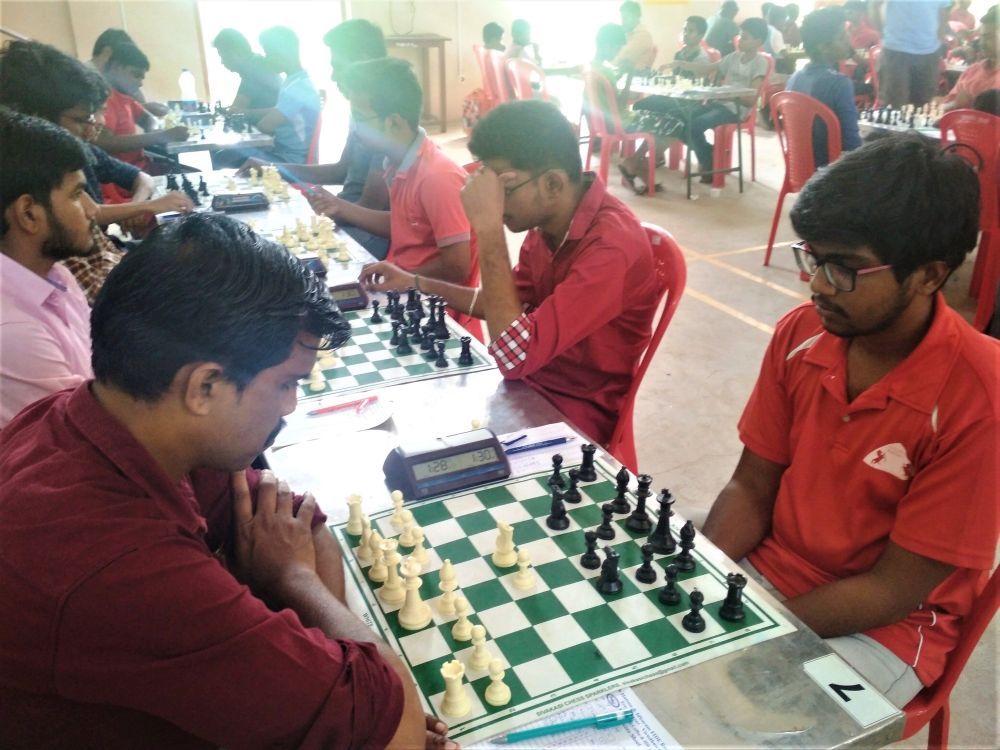 Sharsha Backer of Kerala forced Chakravarthy Reddy to a draw in the sixth round, which enabled him to achieve the eighth position 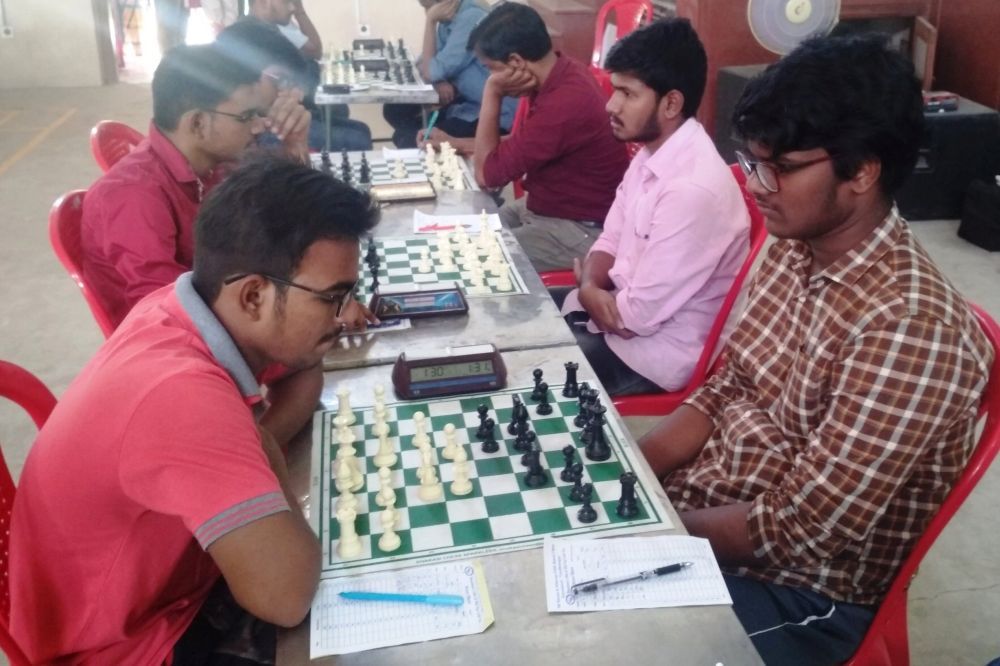 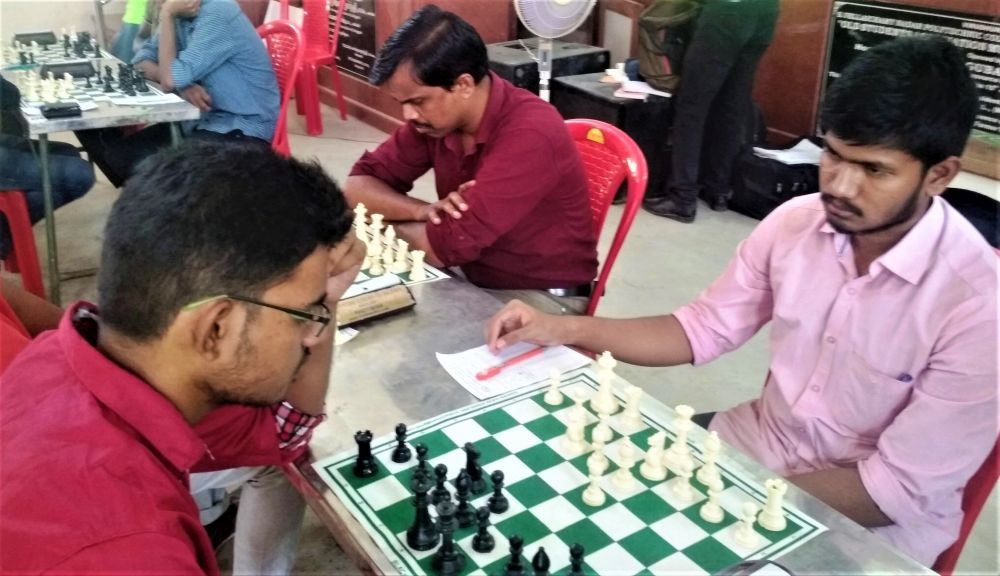 The local lad TJ Rathish subdued Barath Kalyan in the last round to receive the ninth place | Photo: R Anantharam

Muthaiah and Chakravarthy Reddy shared the prize money for the first two places, totalling ₹125000 out of a total pool of ₹500000. All the players were presented with a beautiful lunch bag. In addition to this, two players and two participants who stayed in the hostel of the venue VSVN Polytechnic Collge were awarded gold coins by lucky draw.

The Hatsun Idhayam FIDE rated tournament is conducted alternatively at Virudhunagar and Sivakasi every year. The Managing Director of Hatsun Agro Products (the manufacturer of the popular Arun Ice Creams in South India) Mr. R G Chandramohan hails from Sivakasi and the Managing Director of VVR Group of companies (manufacturing the famous Idhayam sesame oil) Mr. VVR Muthu is from Virudhunagar. 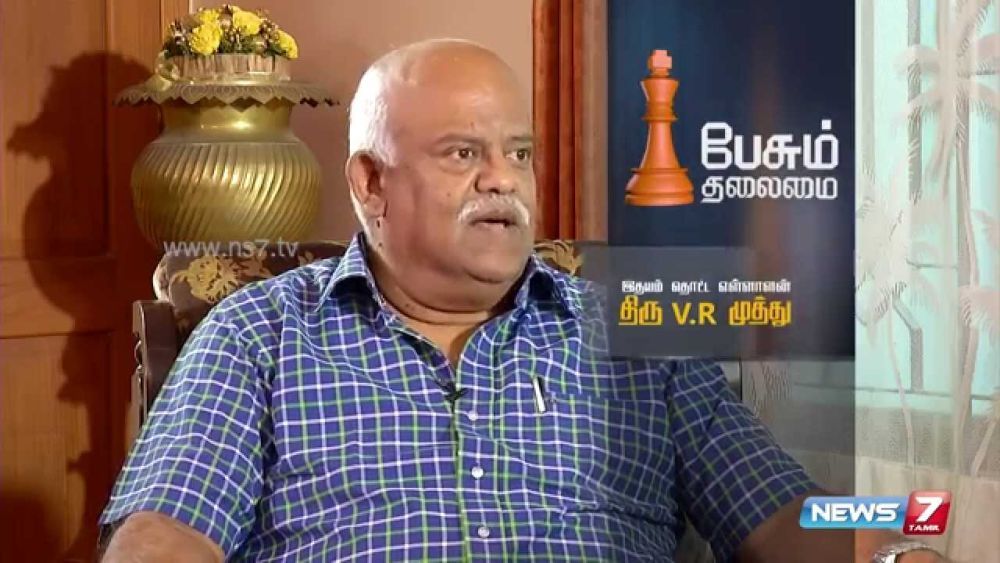 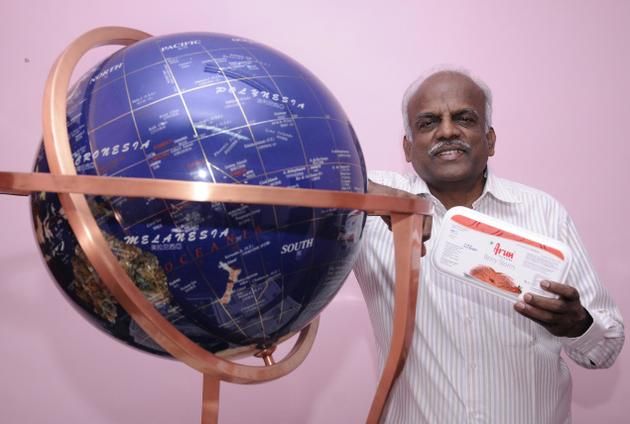 The Hatsun group has set up Hatsun Badminton Academy of international centre at Thiruthangal, near Sivakasi and Mr. Chandramohan’s dream is that his wards must win the World Badmintion Championships. Indian Ace Gopichand, Indonesia’s legend Rudy Hartono who won the All England Badminton championship for a record eight times visited the academy and had full of praises for its international standard and facility. 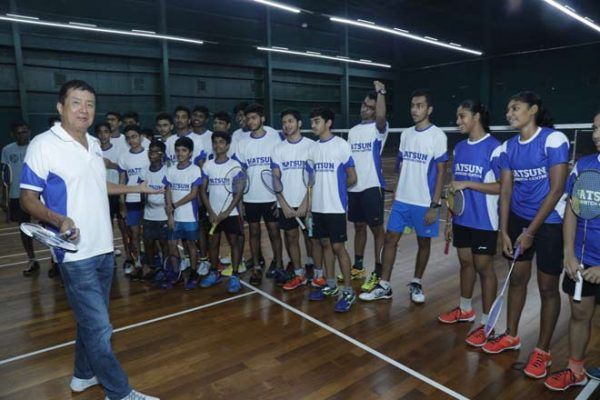