Even the best of players come under pressure every now and then. But when it comes to active defense there are very few who can rival the Madras Tiger. Vishy Anand had his back to the wall in the fourth game of the Online Nations Cup 2020 against China's Ding Liren. But Anand found a brilliant resource and built up a fortress that was quite a sight to behold. India isn't doing so well in the event and is currently on the last spot with 1.0/8. However, there have been some really nice games. In this article we see Anand's art of building a fortress, Vidit's simple miss against Aronian, and the Armenian's brilliance to come back and beat the Nashik lad.

Anand - the master of fortresses!

Let's go back four years in time. The year was 2016 and it was the Tal Memorial. Vishy Anand was playing with the black pieces against Evgeny Tomashevsky. We reached the following position: 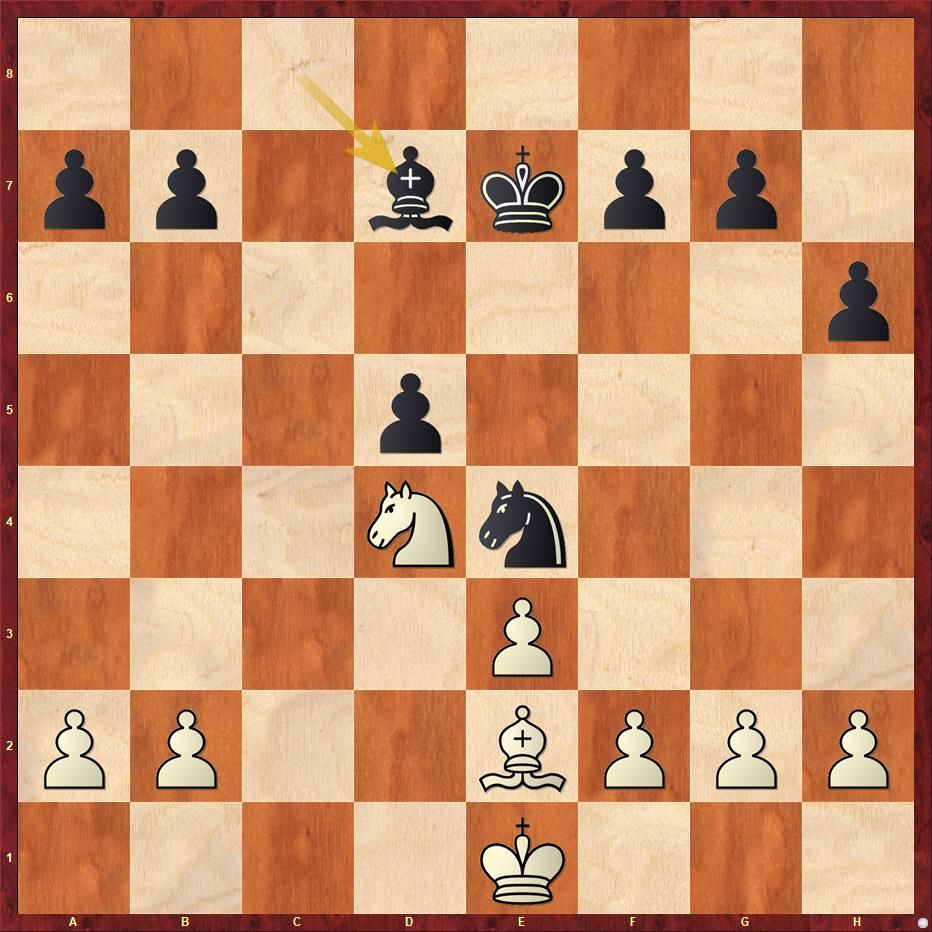 It is clear that White is slightly better. Black has an isolated pawn on d5 and it is of the same colour as his bishop on d7. The question to you - how would you defend this position as Black? Well, guess what Anand did, and that too without taking any real time on the clock. He first played his knight to d6 and then put it on f5 and exchanged the knights! This left him with a same coloured bishop endgame and the white king standing on a dominating position on d4. 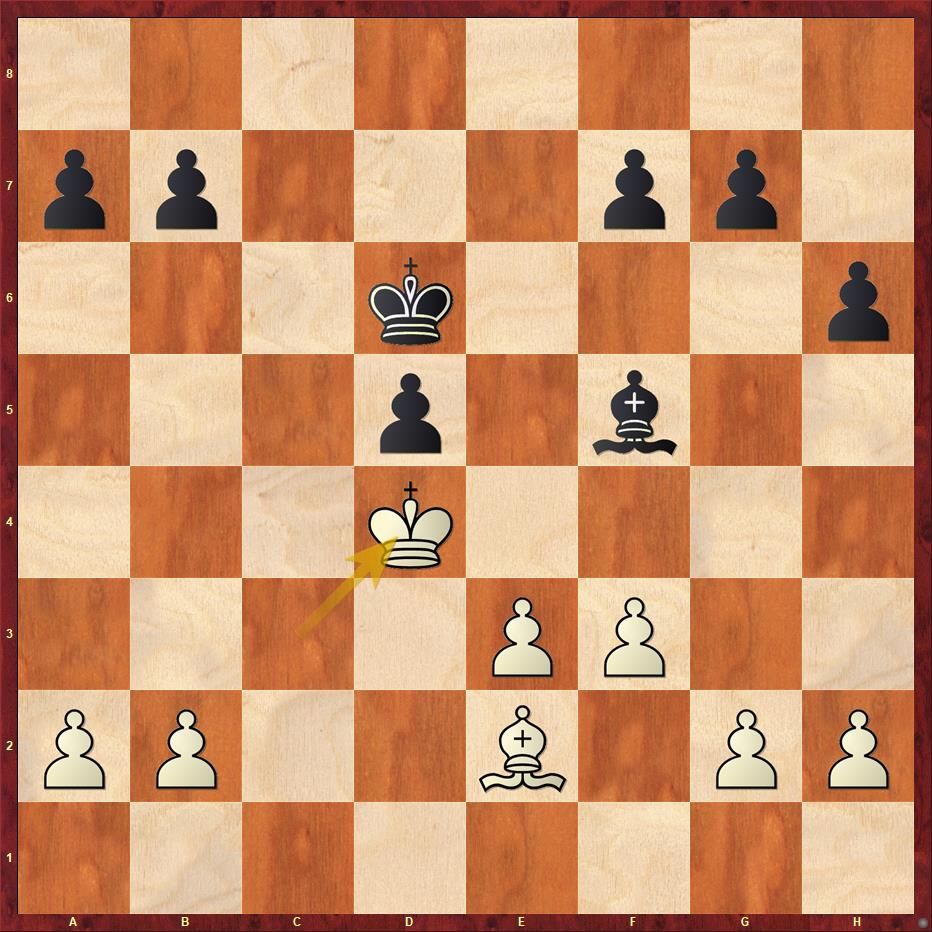 This seems like a very difficult endgame for Black, doesn't it? Well, not for Vishy! 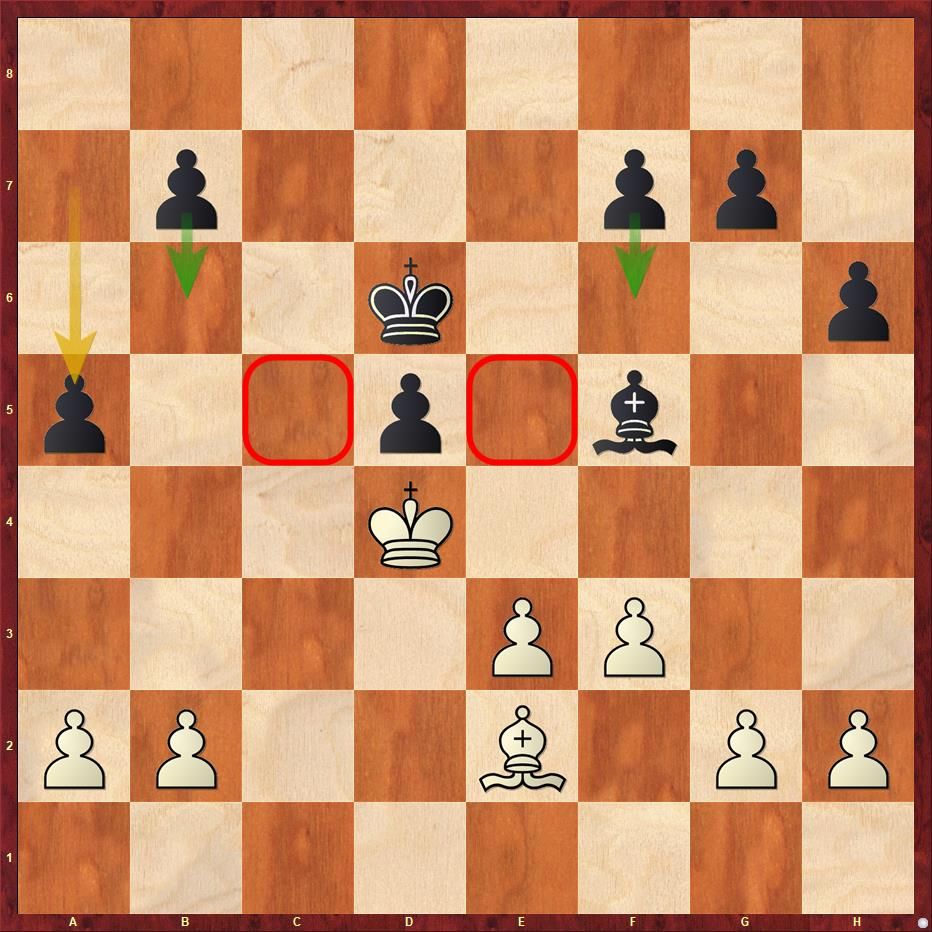 He first went a5, gaining some space on the queenside. He, then played his pawn to b6 and the next one on f6. In this way all the dark squares in the position were controlled. He transferred his bishop to b7 and then waited for White to do something. In all of this it was clear that Vishy knew that the resulting endgame was a fortress and he played his moves with great confidence. You can check the entire game analysis here, discussion on Facebook with some great players like Nigel Short, Peter Heine Nielsen, Jaan Ehlvest about the above position and my video on YouTube.

Coming back to Online Nations Cup 2020. Vishy Anand was playing against Ding Liren and after a standard QGD he landed in a difficult position. 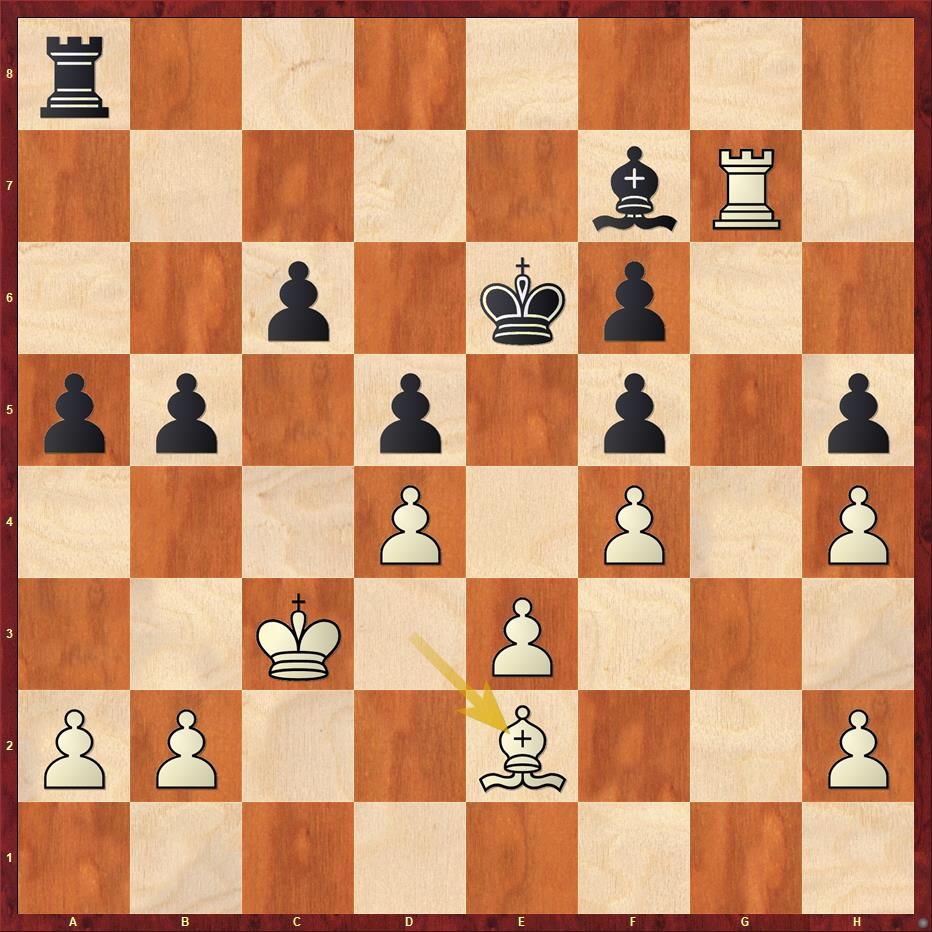 White is clearly pushing in this position. The pawns on f5 and h5 are weak and Black pieces are quite passive. At the same time if the h-pawn is lost then Black can get under serious trouble. So what did Anand do? 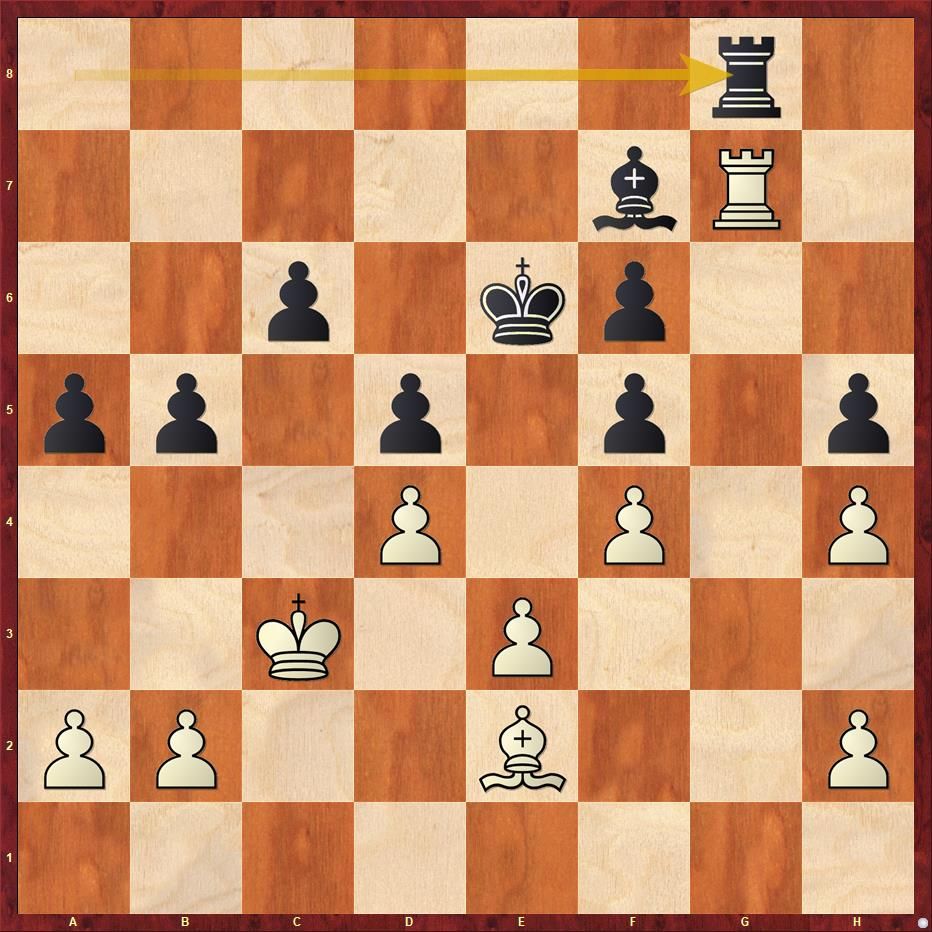 Vishy played the classy move ...Rg8! It came as quite a surprise to Ding Liren. All the while White is trying to win the h5 pawn and now Anand simply gives it to him on a platter. Rxg8 Bxg8 Bxh5. White is a pawn up, but Vishy simply offered his bishop in exchange with ...Bf7. The pawn ending is clearly drawn, so Ding Liren retreated his bishop to d1. 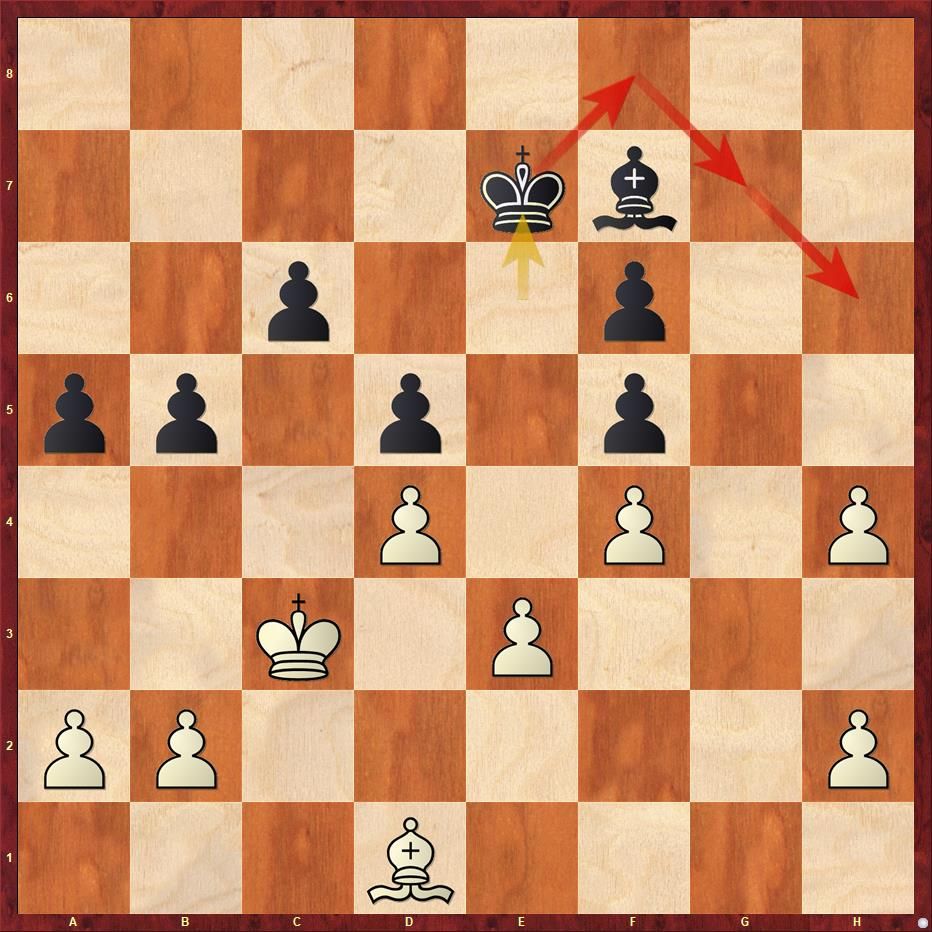 Anand's plan was simple. He would place his king on h6 and White has no way to breakthrough on the kingside. On the queenside, White has two main ideas. Play a4 forcing b4 or play b4 forcing a4 like Ding Liren did in the game.

Scenario one: White plays a4 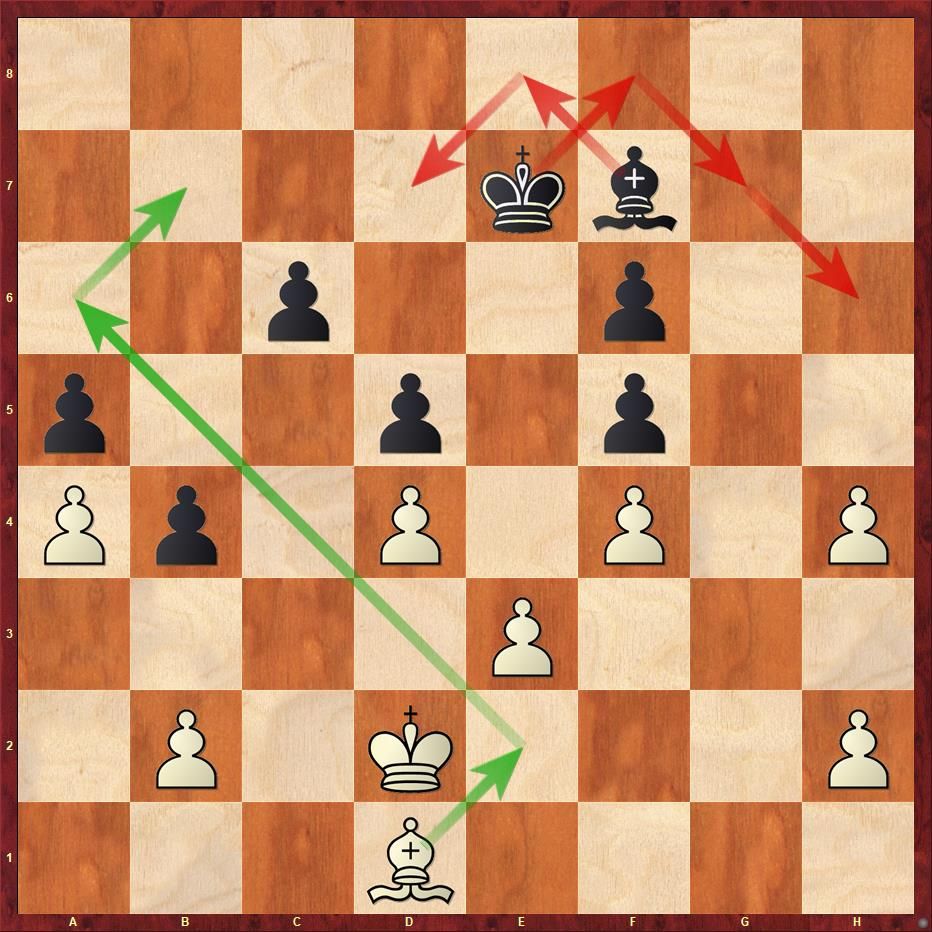 If White plays a4 then Black responds with b4. Now the bishop can make its way to b7 but Black places his bishop on d7 and his king goes to h6 and Ding Liren has no way to breakthrough 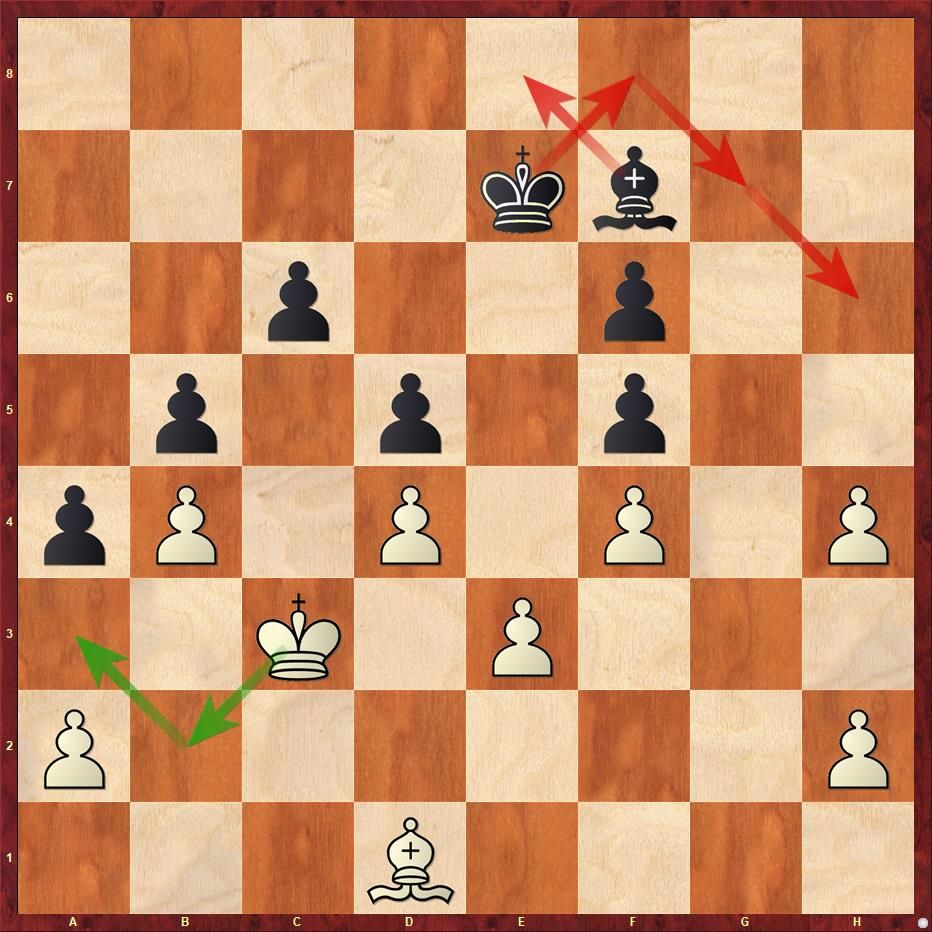 This is what Ding Liren did in the game. But this blocks the entire queenside. White has only one trick in the position - to get his king to a3 and sacrifice his bishop on a4. However, when the king comes to a3, Black places his bishop on e8 and Bxa4 doesn't work as after bxa4 Kxa4 c5+! Black is better! Hence the position after b4 and a4 is also a fortress.

Anand's ...Rg8 once again reminds us of what a genius he is! Also the fact that he is always looking for active defensive solutions and not passive ones. 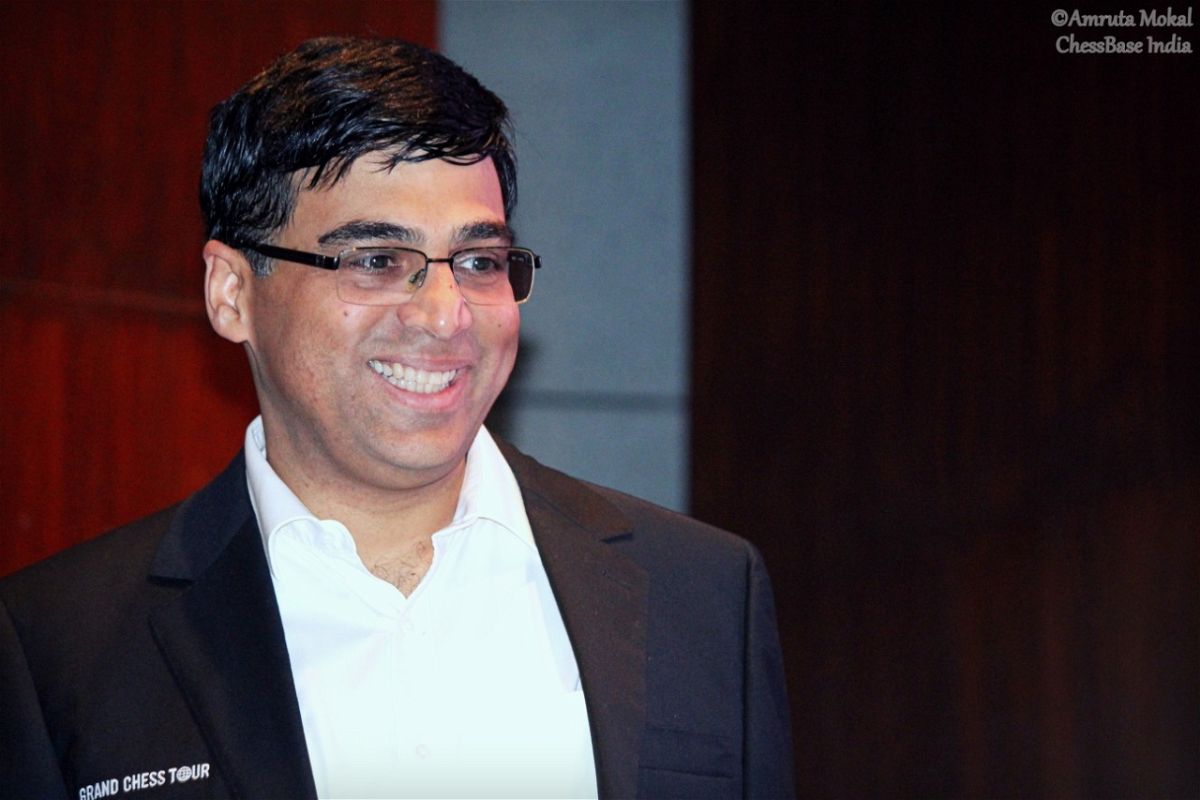 He is alone in Germany since over three months now, away from his home, but that has done little to douse his chess brilliance! | Photo: Amruta Mokal

Vidit Gujrathi is currently on 0/3. But he played some very good chess against Levon Aronian and was very close to beating him. The critical position was reached after Rxc5.

Aronian vs Vidit, Round 3 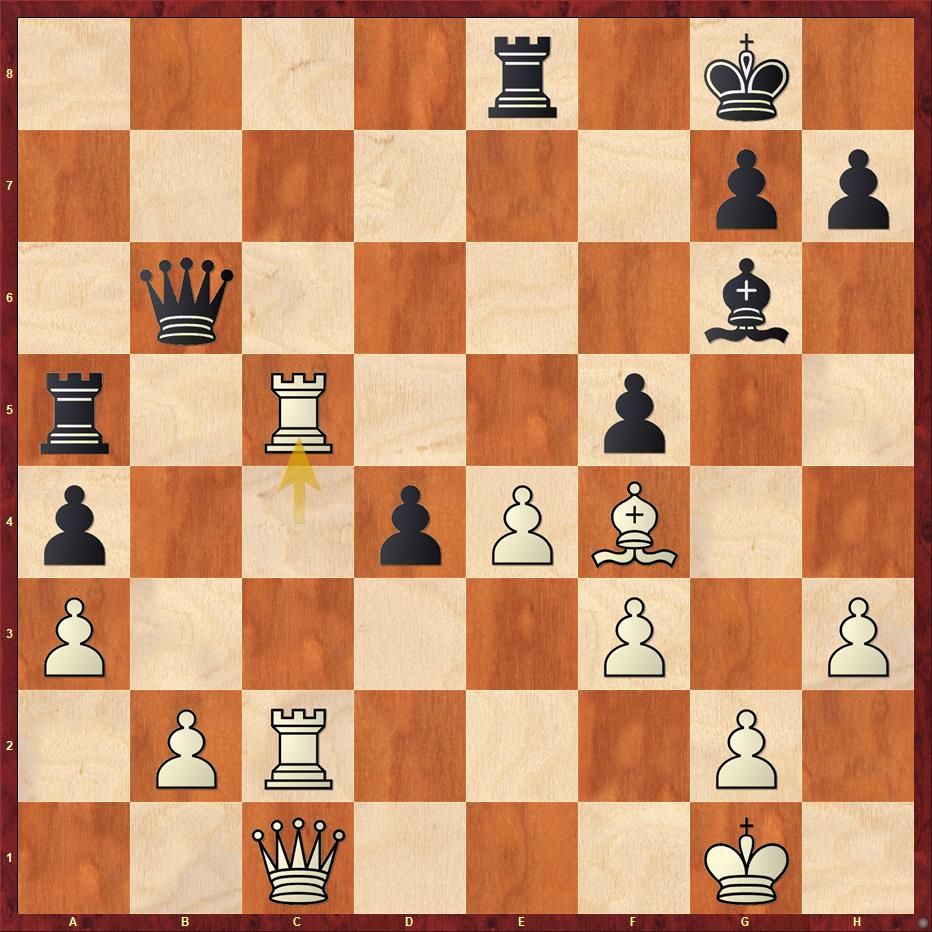 Black to play and win

Vidit just recaptured on c5 instinctively with ...Rxc5. Instead he should have played ...d3! This move not just pins the c5 rook but also attacks the rook on c2. After R2c3 Rxc5 Rxc5 Rc8 Be3 It seems like White has everything under control. But Black takes on c5 with Rxc5 Bxc5 and now comes the killer blow... 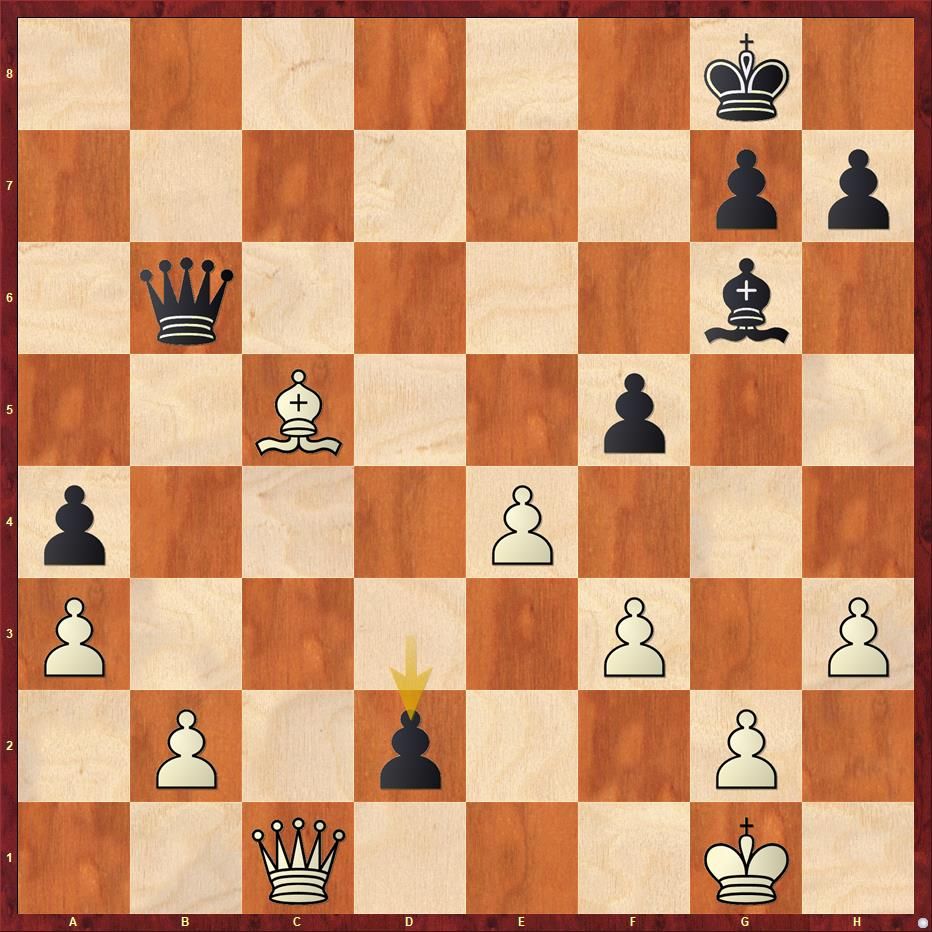 After missing this chance, the game was simply heading towards a draw, but Vidit lost his sense of danger. 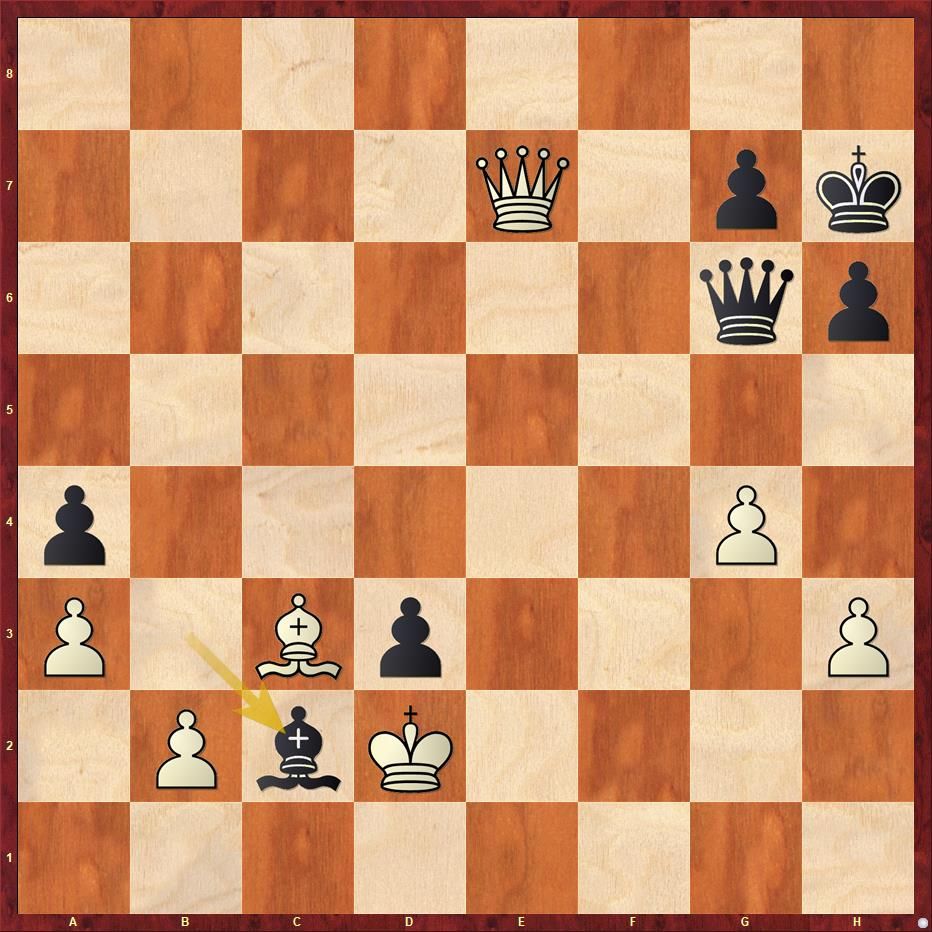 It's White to play and win 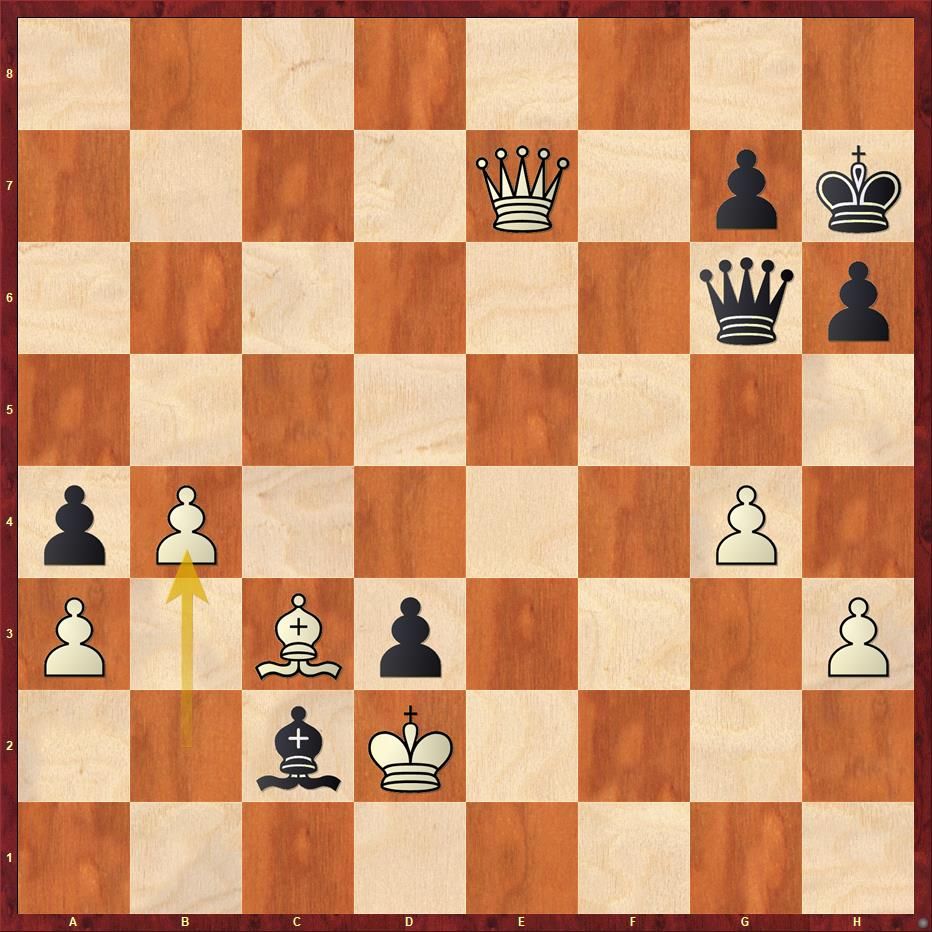 White played the killer move b4! Vidit had assumed this move was impossible because en-passant. But Aronian showed the trick he had in store. After ...axb3 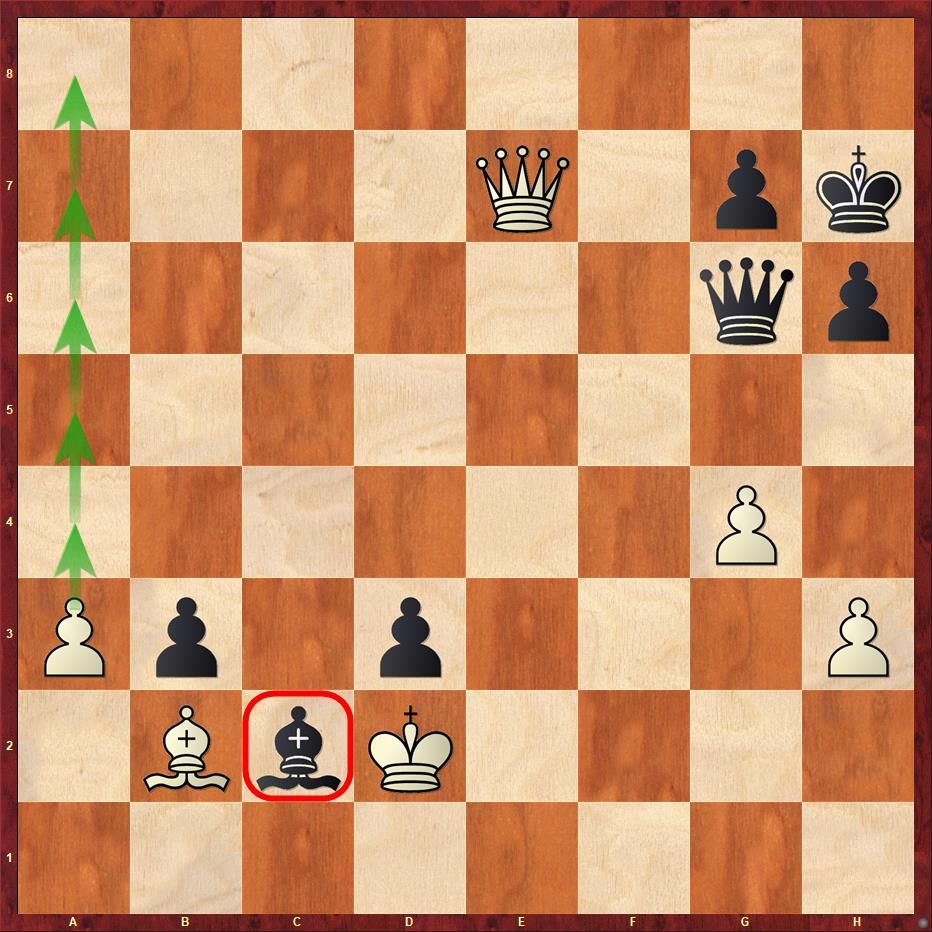 Bb2! Vidit had eaten more than he could digest. The bishop on c2 was trapped by his own pawns and there is absolutely no one who can stop the a-pawn. White is winning. 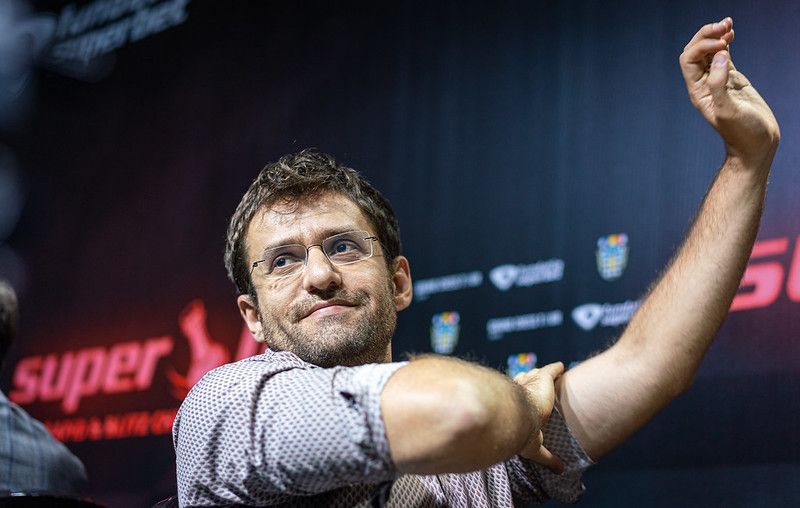 After the terrible loss that Aronian faced a month ago (death of his wife Arianne), it is good to see the Armenian legend back on the board and also playing some beautiful chess | Photo: Lennart Ootes 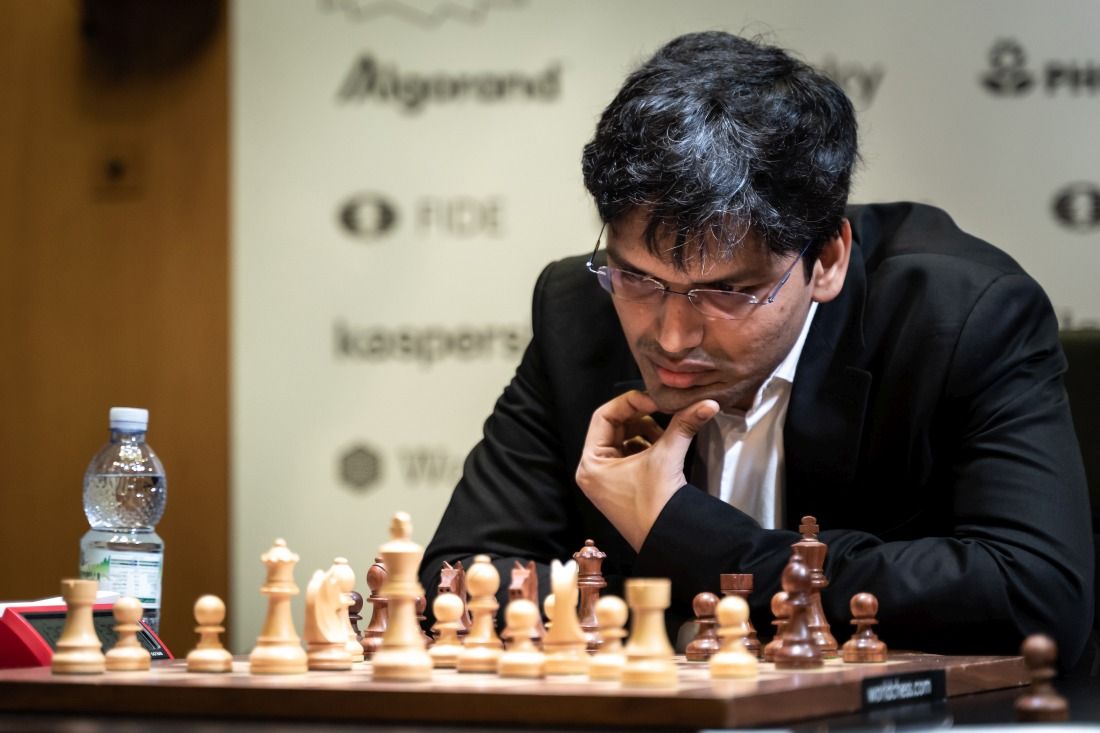 Harikrishna was just a few moves away from beating Duda, but went wrong | Photo: World Chess
India lost to Europe in round three with a score of 2.5-1.5
China was too strong for India in round four 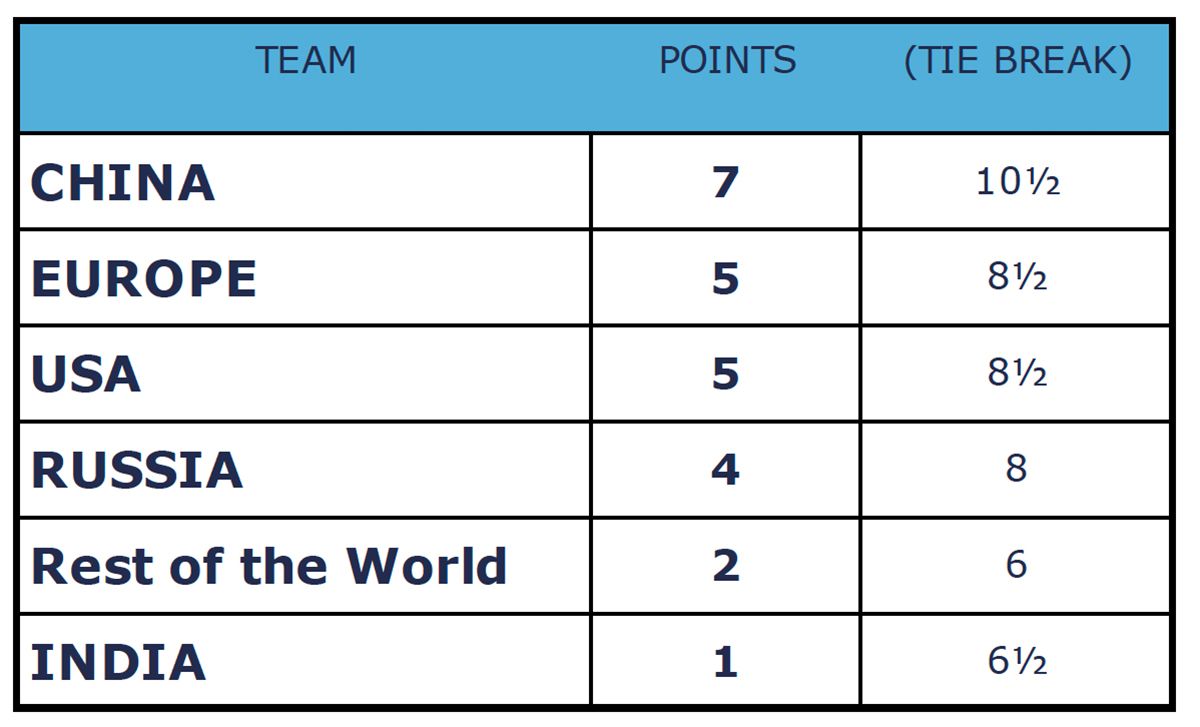 The FIDE chess. com online nations cup has been no fun for Indian fans. We have lost three out of the four matches . And although Indian team is only on one point out of eight, it is interesting to note that in three of their matches they had excellent chances to win. It was only against the Chinese team in round four that we were completely outplayed. With six rounds to go there is still everything to play for. And India doesn't have to finish first, even fourth place will propel them to the super finals on May 10th! Day three will be crucial as India takes on Russia in round five and USA in round six.