India's youngest Billionaire Nikhil Kamath sat down to take on Vishy Anand in the Checkmate Covid fundraiser that was organized by Chess. com India and AICF. The game began with Vishy playing 1.Nf3 and Nikhil blundering his pawn with 1...e5. It seemed like this encounter wouldn't last long. But unbelievably, Nikhil turned things around, playing one amazing move after another. Before you knew it, Vishy was already lost and the five-time World Champion resigned. In this article we have a closer look at this game and also let you know why beating a legend like Vishy, even in a simul, is never easy.

I remember the first time I played Vishy Anand in a simul. The year was 2005 and it was an inter school chess tournament organized by NIIT that I had won jointly with a fellow Mumbaikar Meghan Gupte. The top 20 finishers of the event got a chance to cross swords with Anand in a simultaneous exhibition.

The setting of the simul

I was so nervous that I couldn't just think straight. I wanted to show my best chess, but the confidence with which Vishy would come to my board and make his moves made me feel like it was an impossible task to beat this mighty champion. Yet, I tried hard, fought it out until the rook endgame, was a pawn down and eventually Vishy squeezed out the win.

As a 15-year-old boy who was rated around 2050, you cannot imagine what a big impact this meet with Vishy had on my chess career!
I managed to keep my scoresheet intact for years!
This autograph/signature of Vishy Anand was my prized possession

What happened to the score in the simul? Vishy played against 20 really talented boys of Mumbai and crushed them all! 20 wins with no losses! That's how good he is at these simuls. I remember him being in a tough spot in two games, against my two good friends Aditya Udeshi and Kaushal Shukla. He wriggled out of the mess in both of them and came out on top.

Aditya Udeshi, who is now an IM, was slowly trying to outplay Vishy, when the legend understood what was going wrong and muddied the waters by pushing his pawns. Below is the game with some light annotations by Aditya himself.

For Kaushal Shukla, it was a case of Anand misplaying his opening. He got the chance of his life to checkmate Vishy's king, but couldn't deal the final blow. 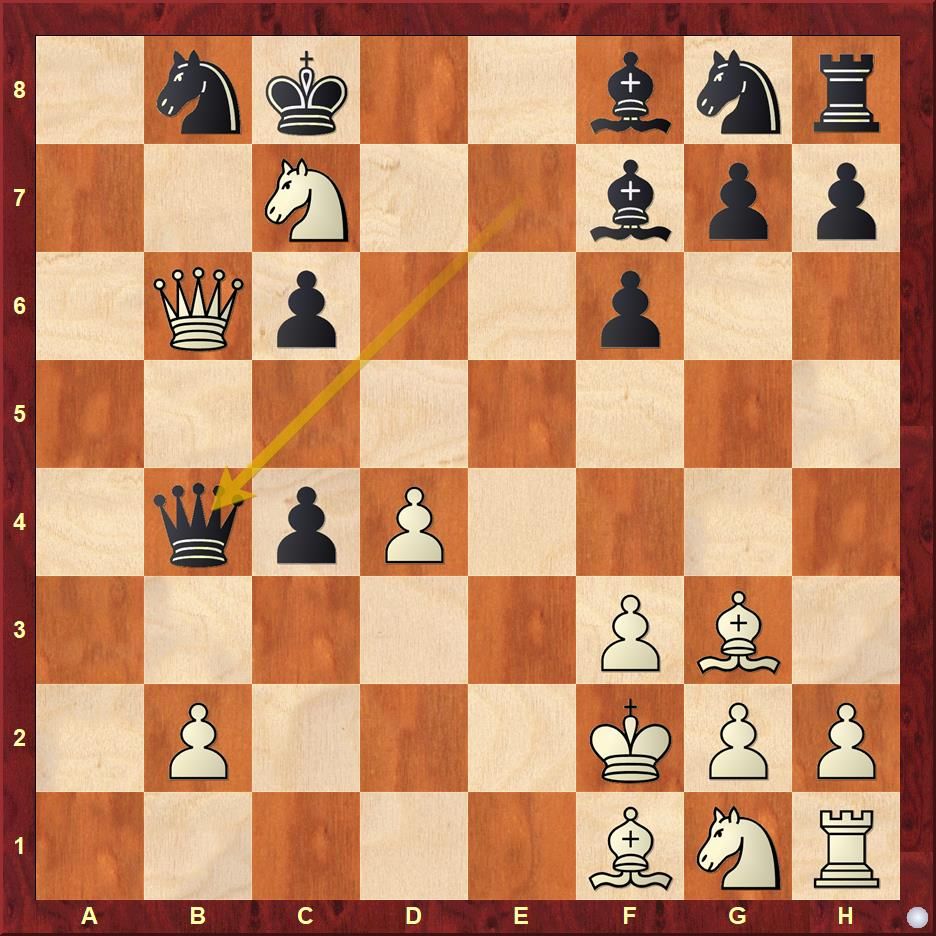 Kaushal should have played Nb5 in this position and Anand's king on c8 would have been toasted. But he went Na8, Vishy jumped at the opportunity to exchange the queens and eventually won the game.

The reason why I put up these examples, is to show you how difficult it is to beat Viswanathan Anand, even in a simul. When Vishy plays a game, be it in a serious tournament or in a simul, he knows the importance of it. If you beat Vishy Anand, you get the bragging rights for the rest of your life to have beaten a five-time World Champion.

The above video was shot just 2 years ago in 2019 at Lindores Abbey in Scotland. Vishy was ruthless as he outplayed 8 pretty decently strong opponents in just 43 minutes! (I had just 47 minutes of recording time left when I began shooting, but Vishy ensured that I got the full video)

When I saw that Vishy lost against Nikhil Kamath, the CIO and co-founder of Zerodha and True Beacon, I was very surprised. I tried to do some research on Nikhil's strength as a chess player. He is not a FIDE rated player. There are some other profiles of Nikhil Kamath on the FIDE website, but those are just different people with the exact same names. In an interview with Economic Times Nikhil mentions how chess helped him in the stock market game as well, as some of the principles of chess and stock markets overlap. It was also mentioned that Nikhil had played at national level until he was 17 years old and then eventually gave up his chess as well as schooling in order to pursue a career in stock markets.

The simul with Vishy Anand

This is how the simul with Vishy Anand worked on the 13th of June 2021 - It was an online simul held on the chess. com India YouTube channel. It was for a noble initiative of raising funds through the Akshayapatra NGO for education and food for children. Vishy took on five players - Nikhil Kamath, Yuzvendra Chahal, Sudeepa Khicha, Sajid Nadiadwala and Riteish Deshmukh. Both sides had 30 minutes each. There was another batch of simul where Vishy took on four opponents - Aamir Khan, Arijit Singh, Anaya Birla and Manu Kumar Jain. If you imagined Vishy decimating 8 strong players at the Lindores Abbey simul by moving around, beating five of them in 30 minutes was not going to be too difficult. But then something truly unbelievable happened! Nikhil won his game

For someone who hasn't played chess in over 15 years, it's quite mind boggling that he could outplay Vishy Anand in this style. Here's the entire game with annotations:

After winning the game, Nikhil was asked by host Samay Raina if he expected anything of this sort would happen. He replied, "I think I got really lucky on the knight and bishop exchange. I think I didn't even see that the mate was covered on the other end and that thing changed it for me."

Anand was asked if he could have continued the game instead of resigning, to which Vishy replied, "What should I have done instead of resigning in that position. I think it's a bit silly to blitz. It's ok for them to try to blitz me but it would be ridiculous if I try to blitz at that point." The five time World Champion further added, "Basically after 1...e5 in the opening you don't expect this to happen and I did get a bit lost to do something with my extra pawn. Clearly I shouldn't have taken on e5 (on move 19). Maybe the whole plan was wrong. You know you just feel like you have an extra pawn and matters would take care of themselves. But then at some point I could not detect a single mistake in his moves. They were just all perfect, tactically also perfect, everything worked. After 28...Bg4 Bxg4 Nxg4 is nice but also Qxh2, I didn't see what to do. But by then it's just too late. I don't think it matters what I do at that point."

Some key moments of the game which are truly striking, are the following: 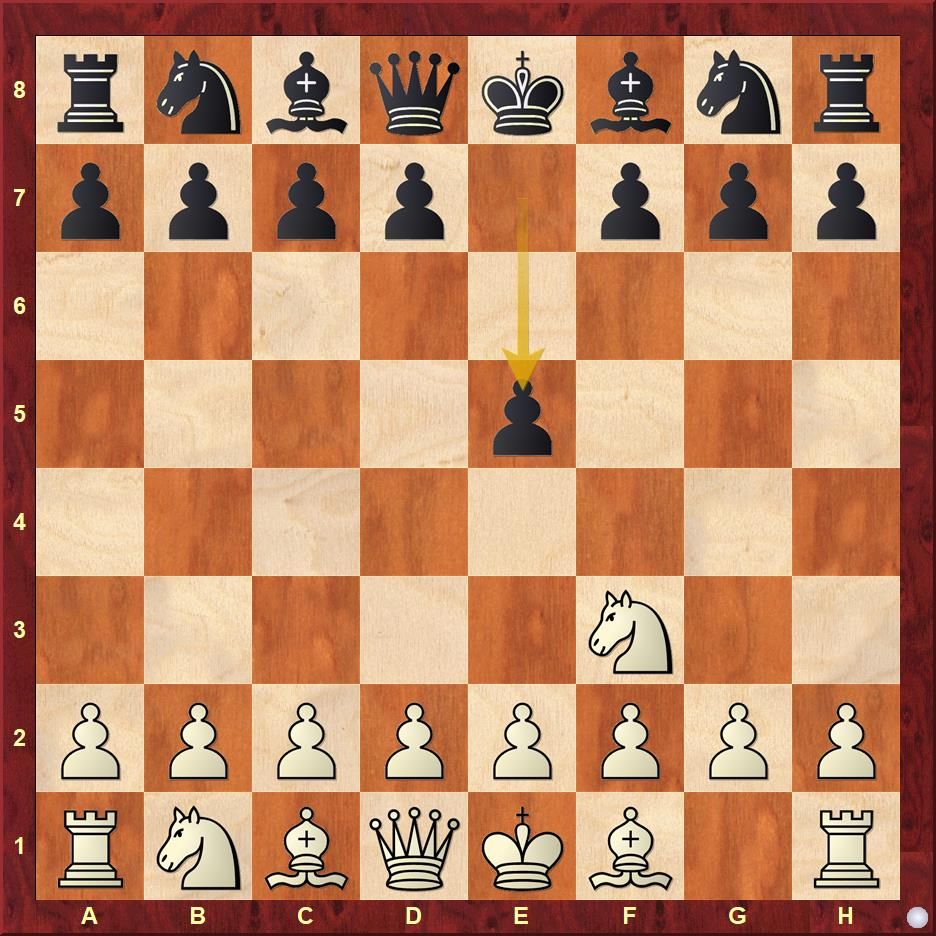 Nikhil blundered a pawn on the first move of the game! Vishy simply captured it with Nxe5. 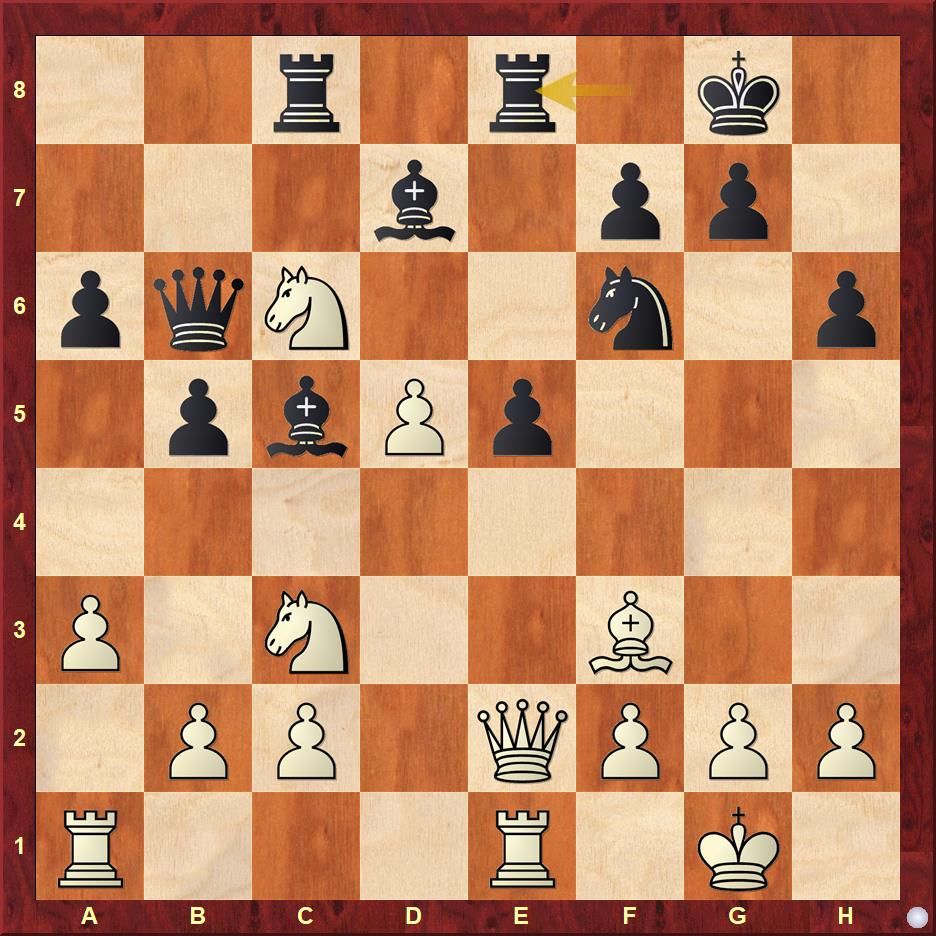 Re8 is a cool move which not only prevents any forks on e7 but also defends Nxe5 threats as after Nxe5, Black can meet it with Rxe5 Qxe5 and Bxf2 - this is what happened in the game. 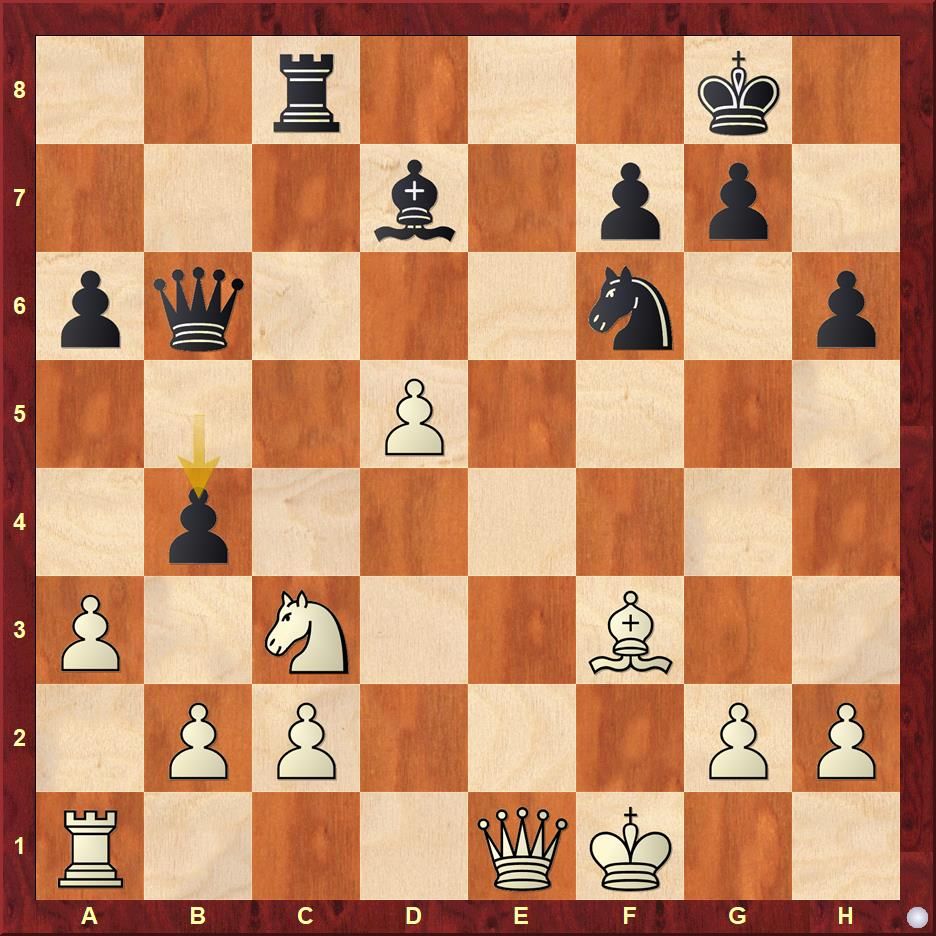 ...b4! is an extremely powerful move. It opens up attack against the b2 pawn. 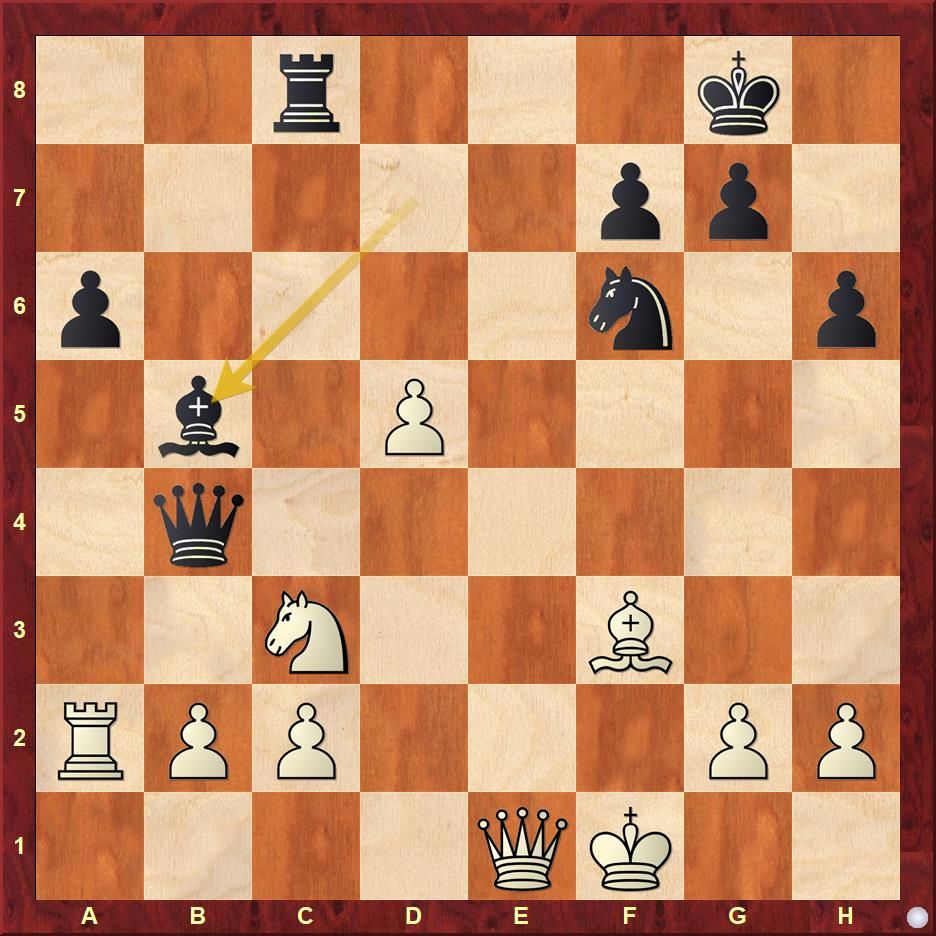 ...Bb5!+ Generally when you are attacking you do not want to exchange pieces, but here Nikhil has seen that after Nxb5 the rook on a2 is hanging, Qc4+ seals the day 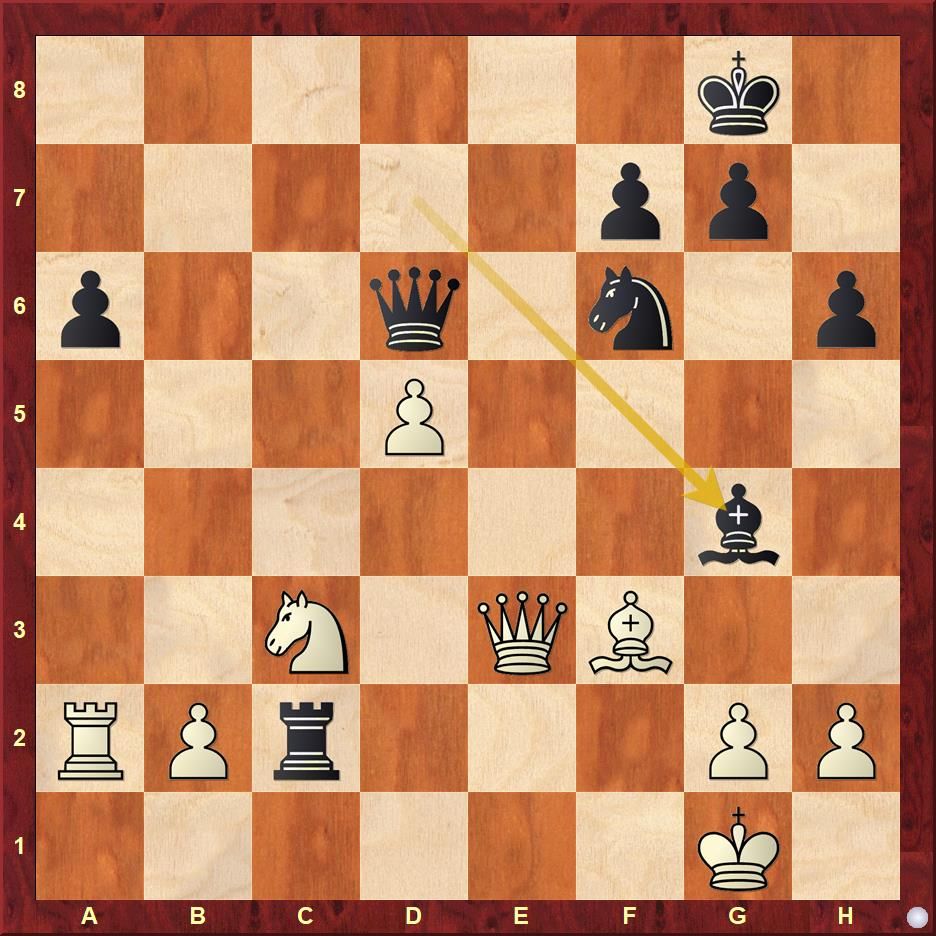 ...Bg4!? is an extremely strong move. It's not just about removing the bishop from f3 which is well placed. The line which is very difficut even for GMs to calculate is Bxg4 Nxg4 Qe8+ Kh7 and Qe4+. Now the knight on g4 is hanging and also the rook on c2. But in both these variations Black is winning after some intricate calculations. Such high class positional moves like Bg4 backed by tactical accuracy is what top GMs and engines excel in. At this point Vishy Anand resigned the game as he losing major material. He could have continued the game as Nikhil had only 13 seconds on the clock and Vishy could have beaten him on time by flagging him. But Anand like a true gentleman, simply called it a day.
The livestream on Chess. com India channel where you can see the games beginning around 1 hour 19 minutes mark. Tania and Samay are analyzing all the five games of the simul one after the other.
Game analysis by IM Sagar Shah and the entire story
Well known chess YouTuber Agadmator has analyzed this game in his video. Later he also put up a Tweet, which can be seen below.
Later in the day Nikhil Kamath's chess.com account was closed due to fair play policy.

This is what the Vice Captain of Indian Online Olympiad 2020 team GM Srinath Narayanan tweeted:

The above game has taken away the limelight from the actual reason of the stream - a brilliant charity event that brought together one of the greatest sporting legends that India has ever produced - Viswanathan Anand, and some of the most famous Indian personalities from Bollywood, Cricket and Entrepreneurship. The aim was to raise funds for Akshayapatra and the Checkmate Covid initiative of the AICF. And the event was greatly successful as over Rs.10 lakh were collected. 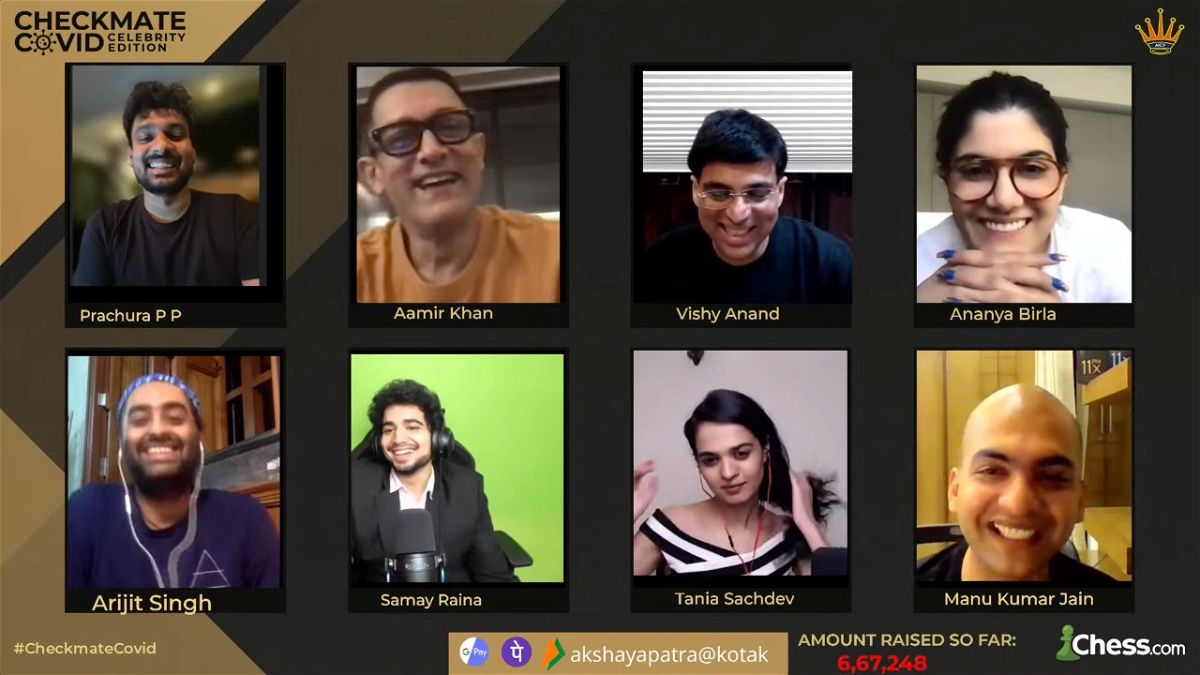 It was a great effort by Prachura P. IM Rakesh Kulkarni, Samay Raina, Tania Sachdev and the entire chess. com India team for putting this all together.

At 11.40 a.m., minutes after this article was published, Nikhil Kamath publicly apologized on Twitter:

We asked Aruna Anand, Vishy's wife for a quote on this and she mentioned: "Well Nikhil contacted Anand today and explained this tweet . Anand replied to say that he can't deny the algorithm and personally wouldn't comment on the issue. He requested Mr. Kamath not to involve Anand’s name in his tweets or in his course of action. That he went ahead and did it and allege something is disrespectful."

At 17.03 Nikhil Kamath tweeted the following: