Indian Women's team much to everyone's dismay did not have the perfect start. They started with a whitewash against Syria 4-0, won with a minimal margin against Mongolia 2.5-1.5 and lost to a formidable opponent Iran 1.5-2.5, although India should have won against Iran as they are stronger on paper. Vaishali's fantastic victory over Sara was the only win for the team against Iran as Bhakti was unable to hold a draw and Nandhidhaa did not take the chances her opponent presented herself. Padmini started with a solid 2.5/3 and Mary Ann won the only game she played 1.0/1. Indian Women's team will resume playing the fourth round on Saturday 17th October from 11:30 a.m. IST. Photo: Various sources

Iran beats India in Round 3

Team India being rating favorite was expected to win all their first three rounds and finish the day with 6.0/6 but unfortunately things did not go well. India started the event with a 4-0 whitewash against Syria. Then they won by narrow margin 2.5-1.5 against Mongolia. Vaishali had a tough time in Round 2 as she blundered in time trouble, however she redeemed herself by scoring the lone victory for the team in the third round against Sara Khadem. Bhakti struggled throughout the day as she stumbled her way on to victory against much weaker opponent in Round 1. In Round 2, she again allowed her opponent to launch an attack but she did not seize it. In Round 3, Bhakti blundered in a seemingly equal endgame. Meanwhile Padmini played solid and scored 2.5/3 and captain Mary Ann scored a victory, the only game she played in. Nandhidhaa won the first round comfortably and she should have registered another victory in Round 3 had she taken the chances which her opponent presented but things happened the other way around. Still six more rounds to go and India should advance to the knockout stage without any difficulty.

Team India whitewashed Syria without any difficulty as all four women Vaishali, Bhakti, Padmini and Nandhidhaa picked up easy wins. However Bhakti allowed her opponent to get some initiative for a moment. 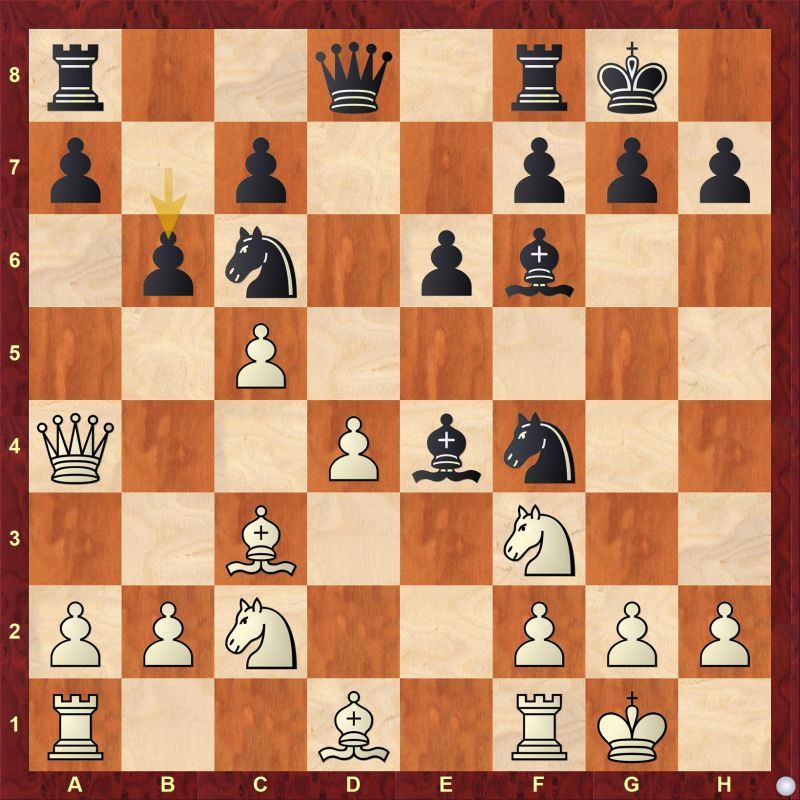 Black's last move 14...b6 is a mistake. Find out why. Although Roula managed to initially find the correct continuation but she could not follow through completely.

India picked up a win by narrow margin against Mongolia after Vaishali suffered a loss against Munguntuul and Bhakti was held to a draw by Bayarjargal. With eight seconds left on the clock Vaishali blundered in consecutive moves to lose the game. 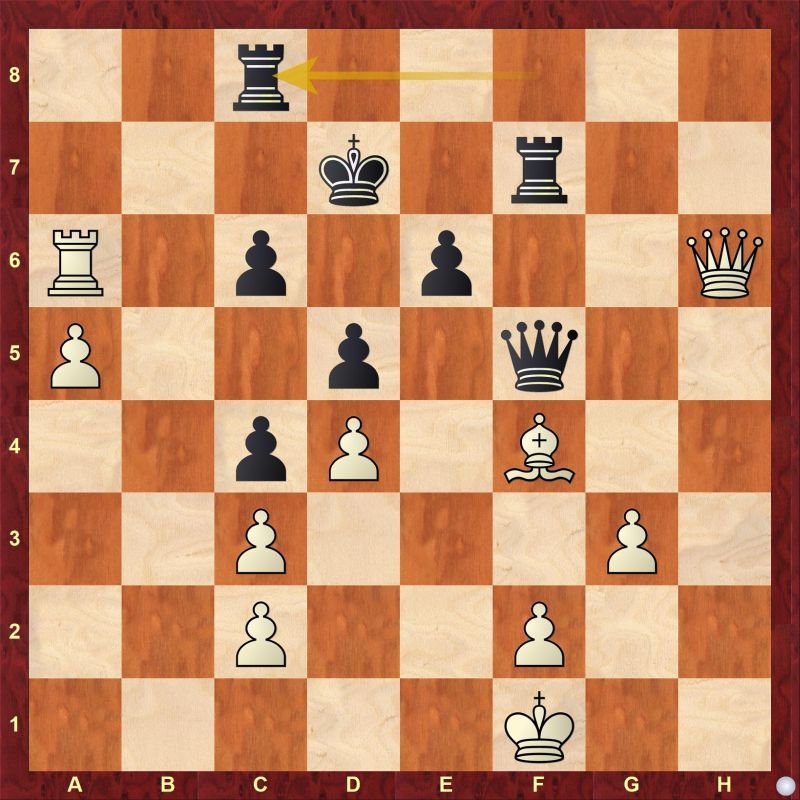 Find out why 37...Rc8 is a blunder and what black should have played instead.

Once again Bhakti allowed her opponent some chances, this time it was a devastating attack but Bayarjargal did not seize it. 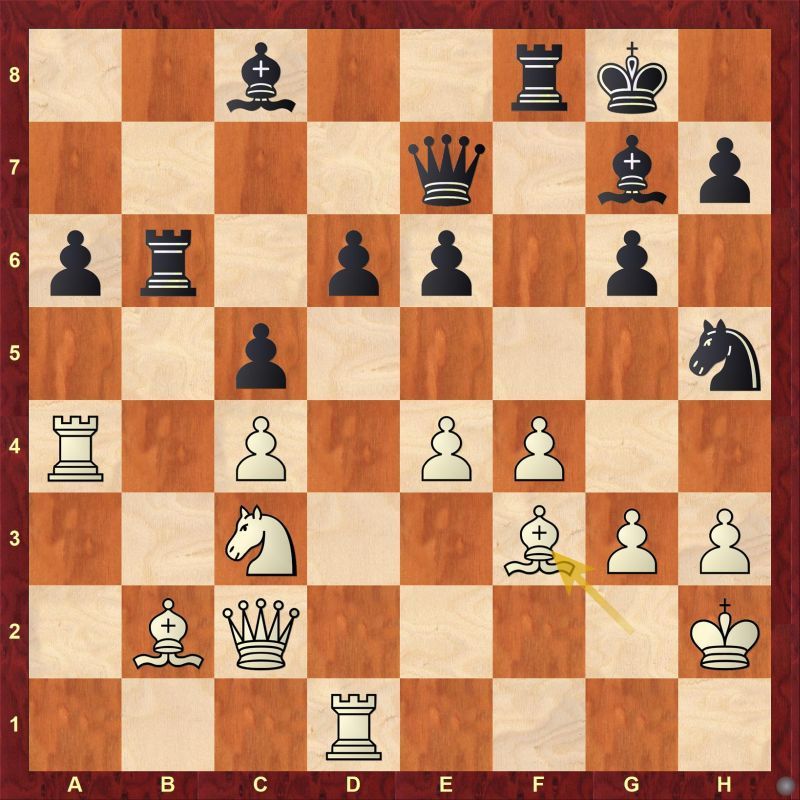 23.Bf3 allows black to launch a brilliant attack but she did not opt for that path. Instead black continued with meek 23...Qe8. Eventually Bhakti managed to save the game and salvage a draw.

In a relatively equal Queen and Knight endgame, Altantuya made an error which allowed Padmini to gain decisive advantage and eventually convert it into a full point. 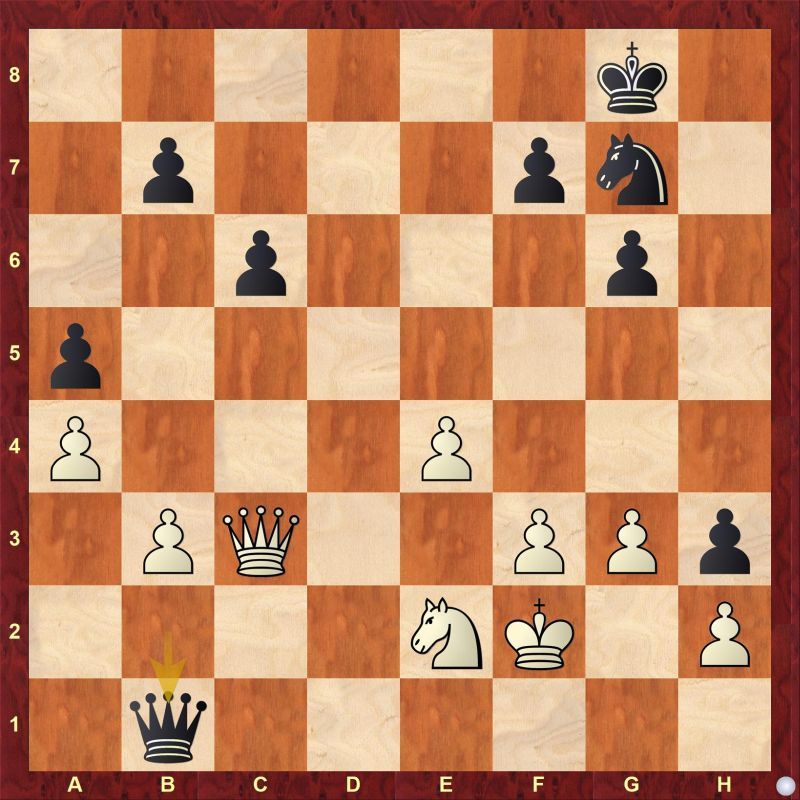 Black is making a threat of Qh1 with 42...Qb1. How should white prevent it?

Skipper Mary Ann scored a fine victory over Davaakhuu. However the Mongol had an opportunity to fight back which she missed. 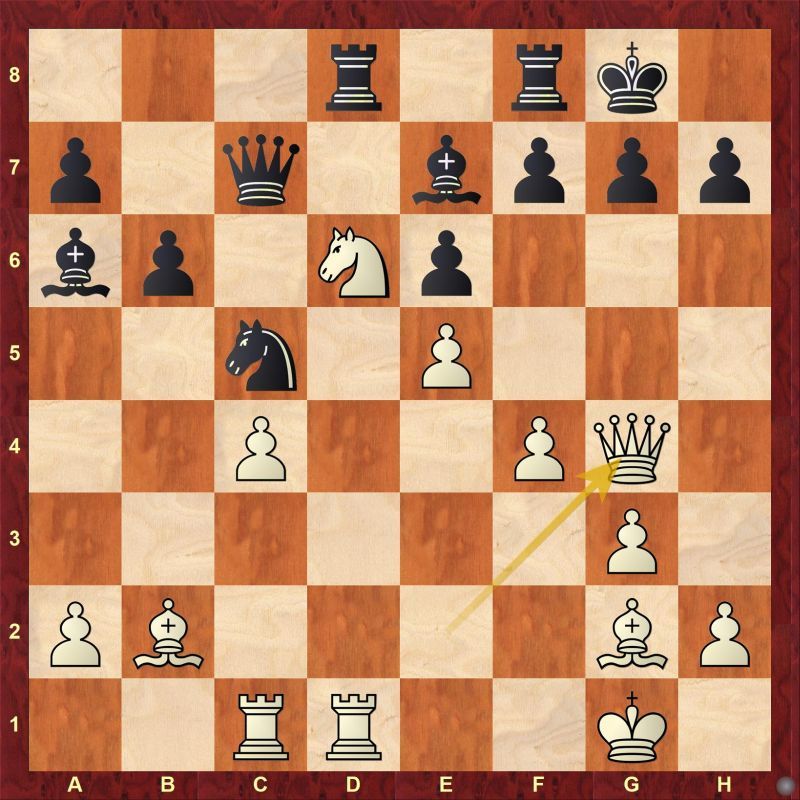 What was the best continuation for black after 21.Qg4 ?

India lost to a formidable team of Iran. Vaishali picked up a fine victory over Sara Khadem after she completely overlooked the Indian's threat. Having over a minute left on the clock, Bhakti thought for a minute and then blundered an important in a seemingly equal Queen-Knight vs. Queen-Bishop endgame which was quite possibly, heading towards a draw. 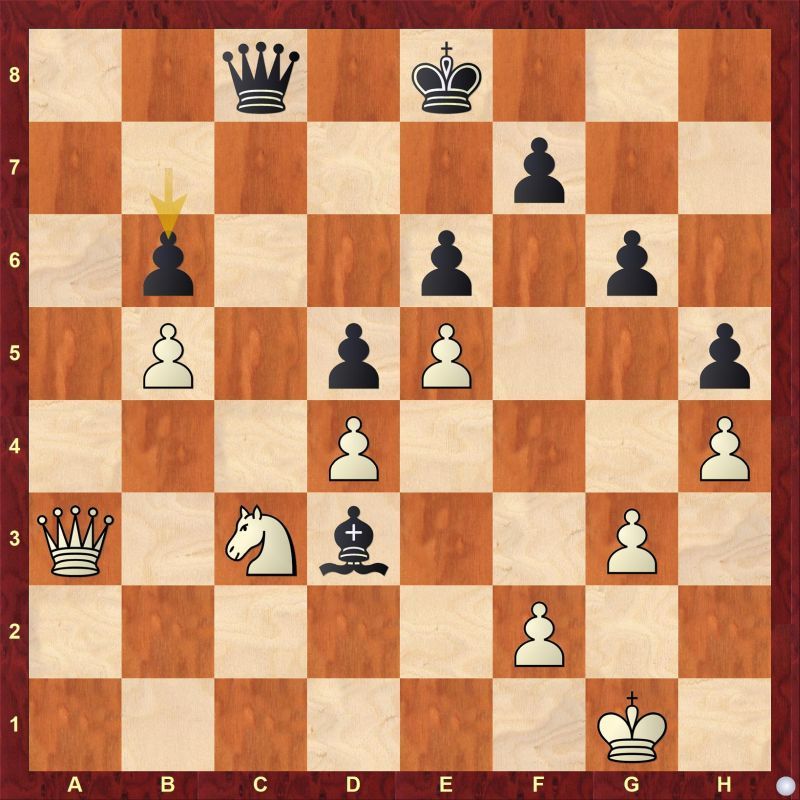 Anousha played solid to hold Padmini to a draw without giving any real chances.

Nandhidhaa needed to take some chances and who knows things could have worked in her favor. 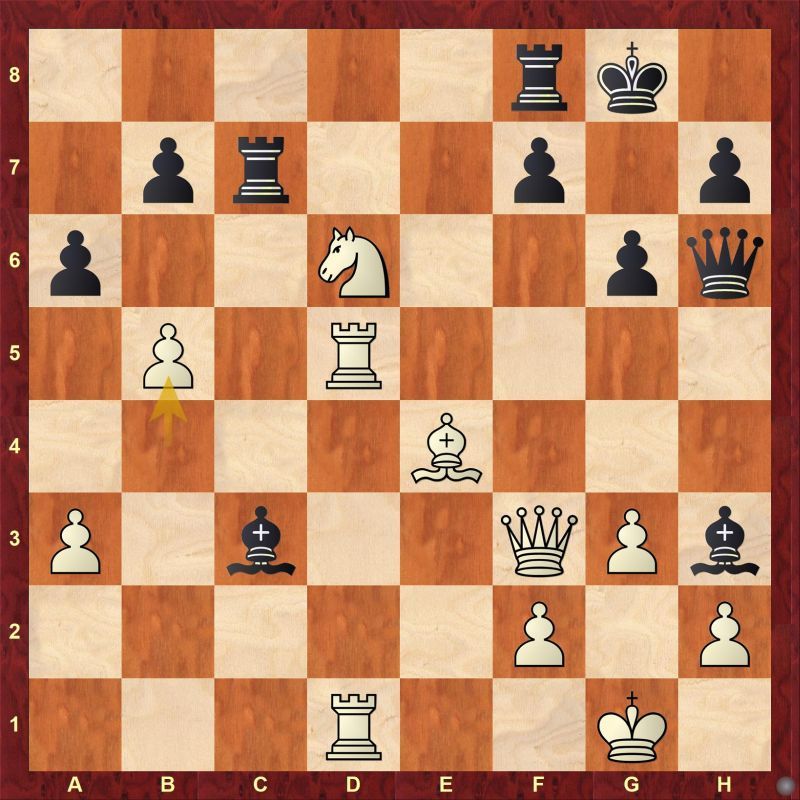 White should have played 29.Rc5 and gained the upper hand but instead 29.b5 allows black to get back in the game. What should have black done here to turn things in her favor

Women's Round 4 - 6 will take place on Saturday 17th October from 11:30 a.m. IST onwards. On Friday 16th October, Indian Men's team will resume their tournament in Round 4.

Replay Round 1-3 games of Team India