Astana GP Round 5: Goryachkina and Jiner still in the lead

IM Vaishali R had a well-fought draw against WGM Dinara Wagner (GER) in the fifth round of FIDE Astana GP 2022. WGM Zhu Jiner is playing some fantastic chess in this event. She scored a big victory against Kazakhstan's top woman, GM Zhansaya Abdumalik. The 19-year-old continues her lead with GM Aleksandra Goryachkina 4/5. They are now a full point ahead of IM Bibisara Assaubayeva (KAZ), GM Kateryna Lagno and IM Alina Kashlinskaya. Vaishali will face Germany no.1 woman, IM Elisabeth Paehtz in round 6 before the sole rest day of the tournament. Round 6 starts today at 2:30 p.m. IST. Photo: FIDE/Anna Shtourman

GM Alexandra Kosteniuk scored her second win of the event. After a loss in the previous round against WGM Dinara Wagner (GER). She had a relatively easy win as her opponent IM Elisabeth Paehtz (GER) blundered her rook in just one move. 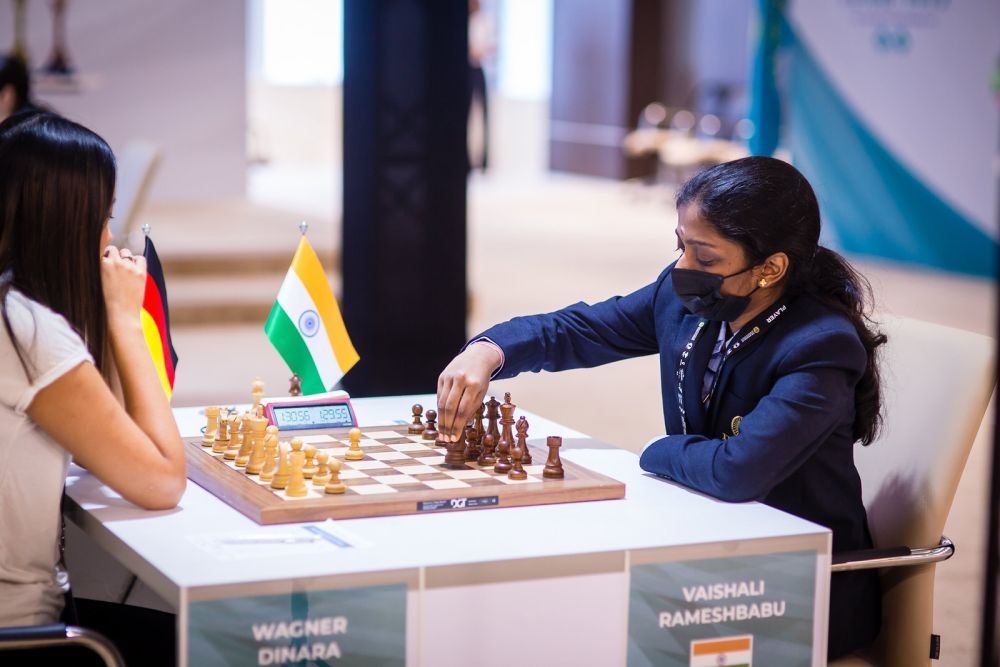 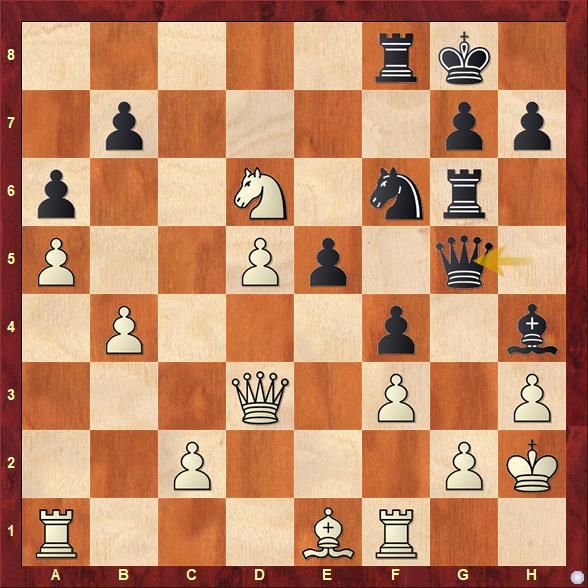 Black is making some serious threats which White must respond correctly to maintain the upper hand. 27.Rg1 was played in the game which allowed Bxe1+ 28.Raxe1 Qg3+ 29.Kh1 Ng4 30.fxg4 f3 would have kept Black in the fight. Instead, she opted for 27...Bg3+ 28.Kh1 Rd8 and White won the game soon. White should have played 27.Qd2 to prevent Black from getting back in the game.

Replay all Round 5 games