UAE no.1 Salem Saleh scored 8.5/11 to win Sheikh Hamdan bin Rashid Cup Blitz. Despite losing consecutive games in fifth and sixth round, the sharp tactician made a fantastic comeback by winning the next three games to get back at the top. In the end, he finished a half point ahead of the competition. Both Bassem Amin (EGY) and Nihal Sarin scored 8.0/11. They were placed second and third according to tie-breaks. Salem won US$ 2000, Bassem US$ 1800 and Nihal US$ 1600. Nihal's biggest victory of the event was to win against the eventual champion of the event, Salem Saleh in the fifth round. Zhansaya Abdumalik (KAZ) won the Best woman prize. Photo: Amruta Mokal

Top Russian and third seed of the tournament, Vladimir Fedoseev won the Rapid event 7.0/9. He finished a full point ahead of the field. Three players finished at 6.0/9 - Denis Kadric (BIH), Hans Niemann (USA) and Rinat Jumabayev (KAZ). They were placed second to fourth according to tie-breaks. Nihal Sarin edged Bartosz Socko (POL) in tie-breaks to claim the fifth position. The top five prizes were US$ - 6000, 5000, 4000, 3000 and 2000 each respectively. Zhansaya Abdumalik won the Best Woman prize in Rapid too. 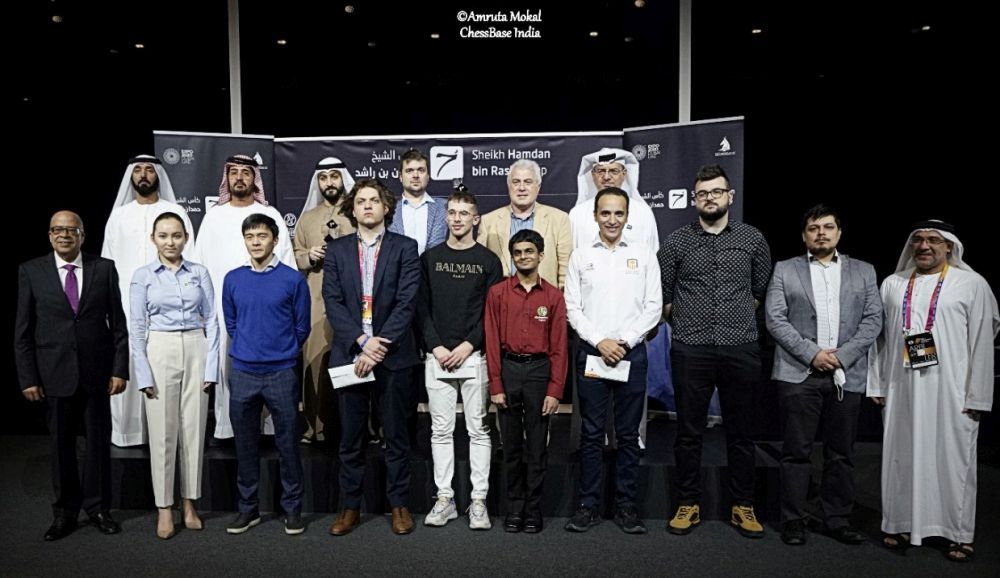 Prize winners of Rapid and Blitz along with the organizers and officials | Photo: Amruta Mokal

Nihal's biggest win in the Blitz event was against the eventual winner Salem Saleh (UAE) in Round 5. 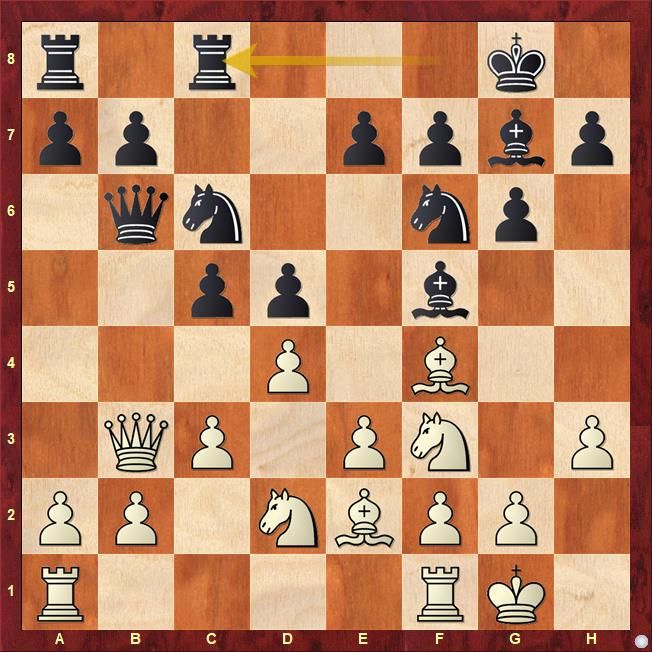 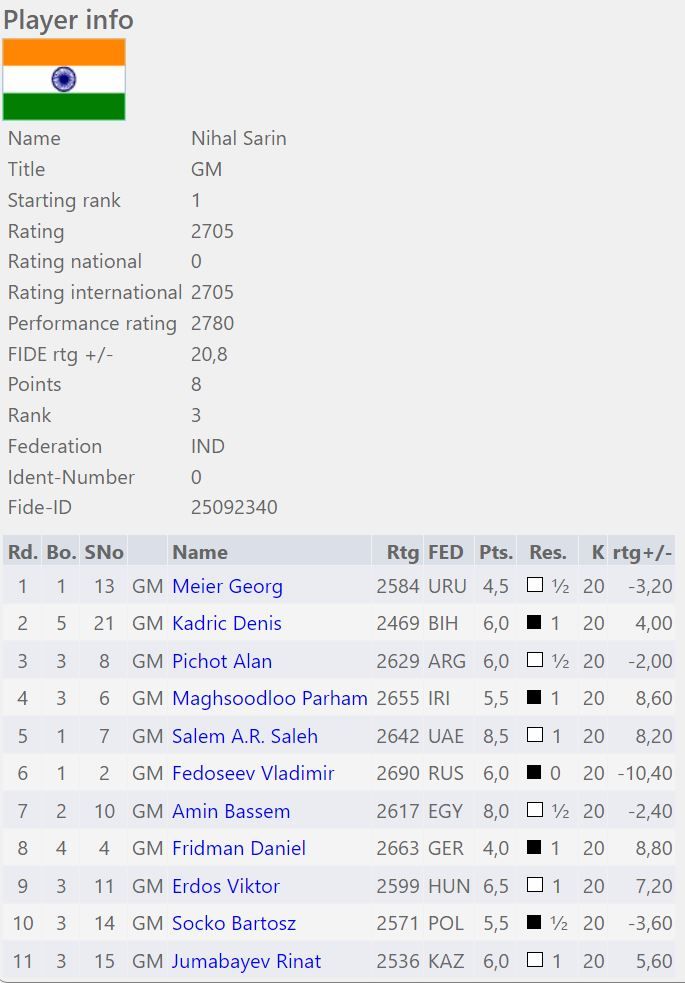 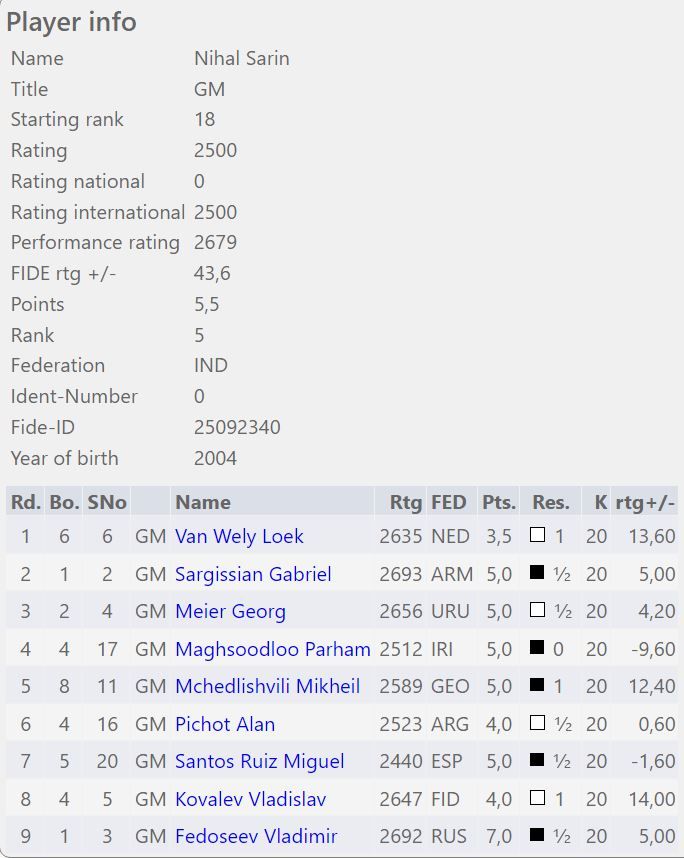 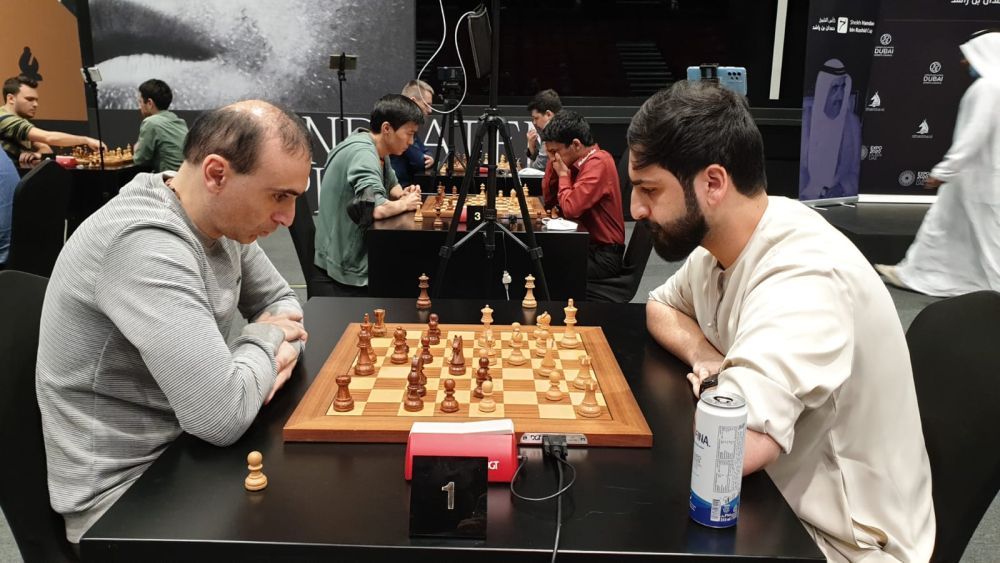 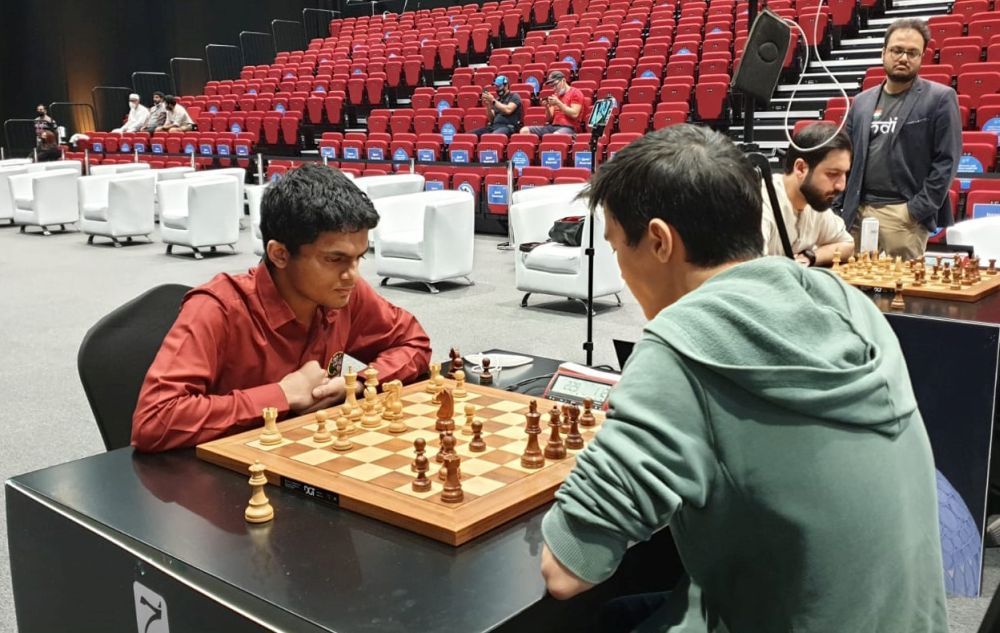 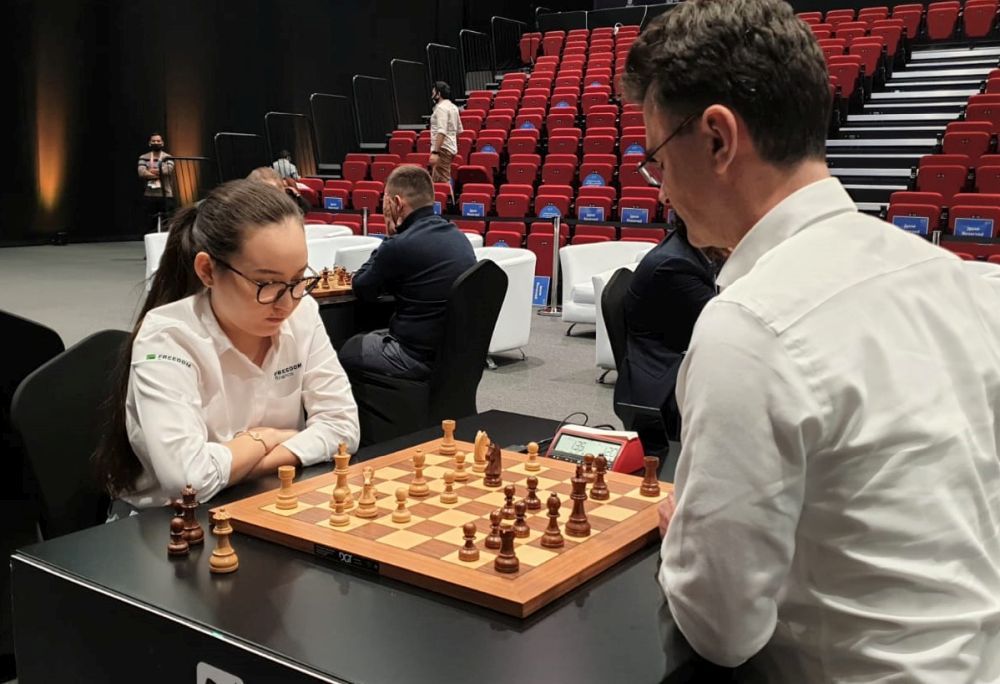 Replay all games of Nihal from the Blitz event: