IM Raghunandan KS is on fire at the Dubai Open 2019. He has scored 4.0/4 and en route to that score he has beaten three GMs, with a performance of 3166! Much more impressive than his result are his games. All his three victories against Ahmed Adly (2620), Vahap Sanal (2513) and Alan Pichot (2566) have been tremendously complicated, but Raghunandan managed to navigate the complexities to perfection. We have analyzed all three of his battles in this article. Out of the 164 players at the Dubai Open, 80 of them are Indians. We bring you a half way report with pictures from the venue by Niklesh Jain.

Until 2017 Karnataka chess was without a GM. Seeing the chess boom in the state it was quite surprising that they had been unable to produce a grandmaster of their own. Things began to change slowly when Thejkumar broke that barrier in September 2017 and became Karnataka's first and India's 50th GM. Around a year later we had the state's second GM Stany GA. But what about the young talents? Were there any youngsters below the age of 18 who were close to the GM title? 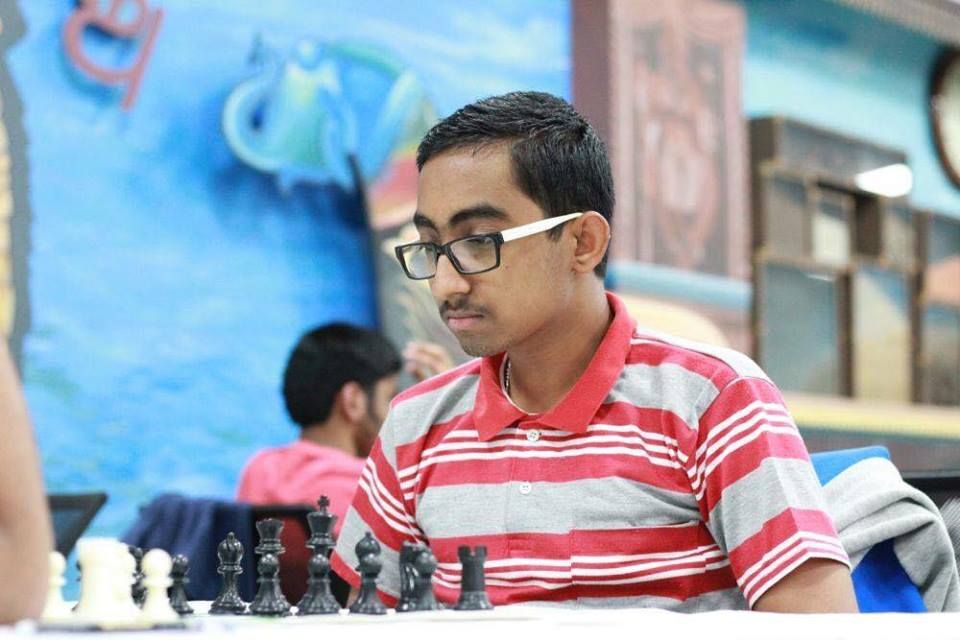 Raghunandan achieved his IM title in 2016 and the Karnataka state recognized his talent, awarding him Rs.35 lakh for his excellent performances in the past. But the boy slowed down and in the next couple of years didn't really show any big movement in terms of ratings and norms. But it seems as if in all of this time while the results were not coming, Raghunandan was improving as a chess player. And at the Dubai Open 2019, he is showing what he is truly capable of. 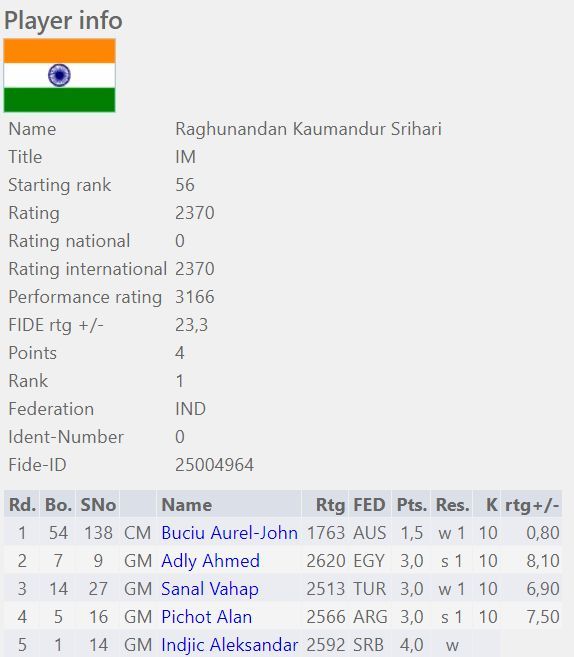 In the four rounds that he has played until now, Raghunandan has beaten three GMs, gained 23 Elo points and has a rating performance of 3166! 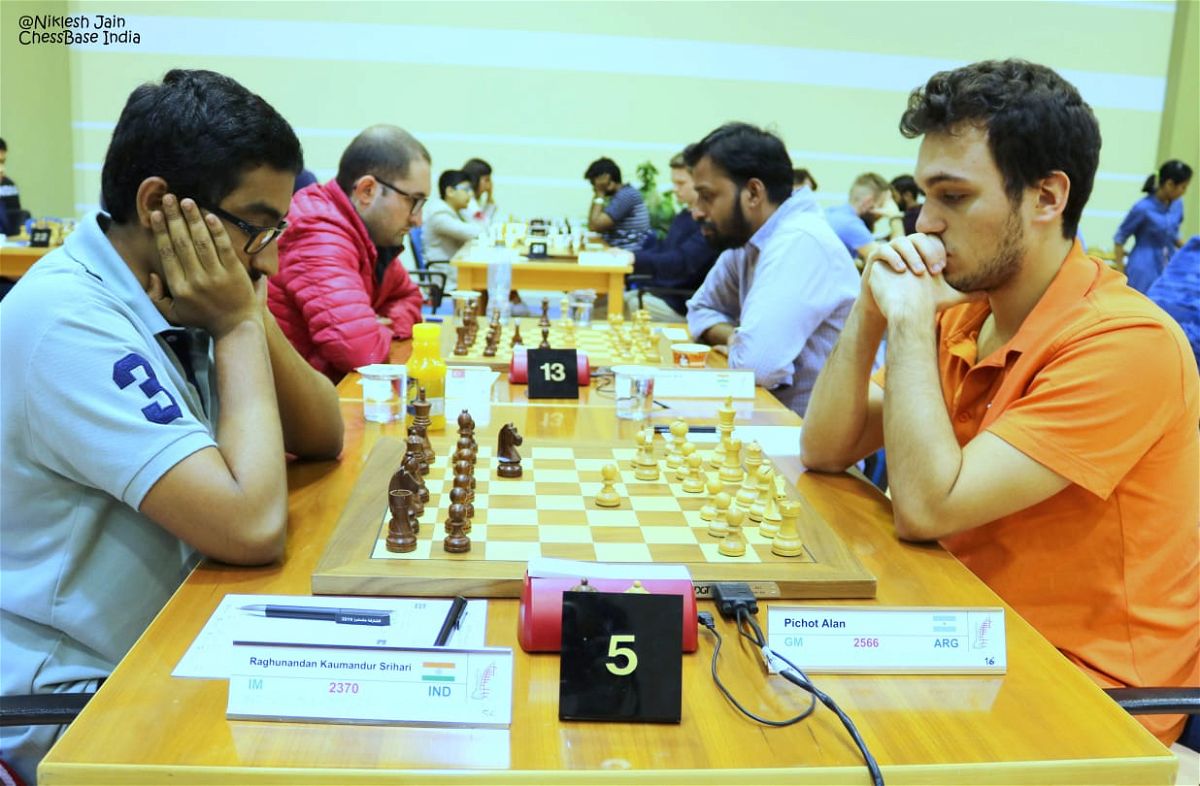 Two of Raghunandan's wins have come with the black pieces, where he has essayed his favourite opening - the King's Indian. In the above picture, he is up against Argentinian GM Alan Pichot | Photo: Niklesh Jain 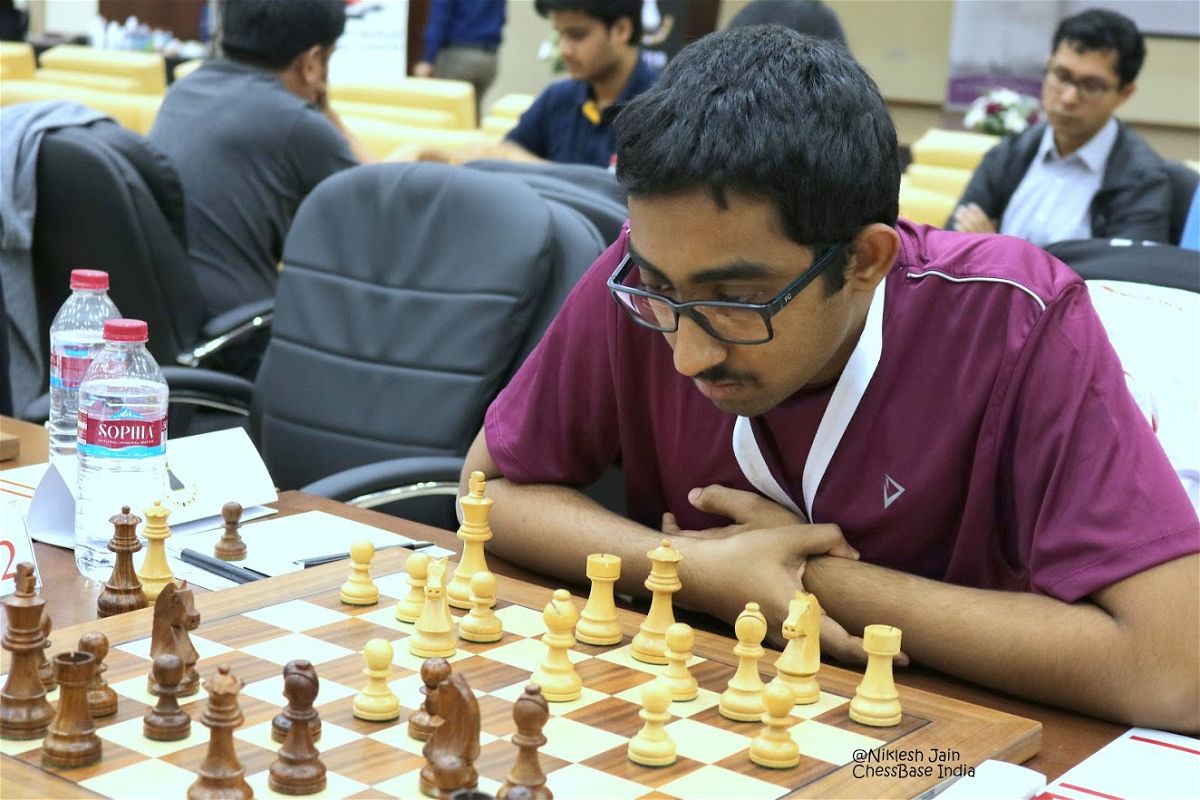 What fantastic games by Raghunandan. If you look at all three of them closely you will see that he hardly made any errors. To play against three such strong GMs and make so many accurate moves in such complex positions is never easy. | Photo: Niklesh Jain 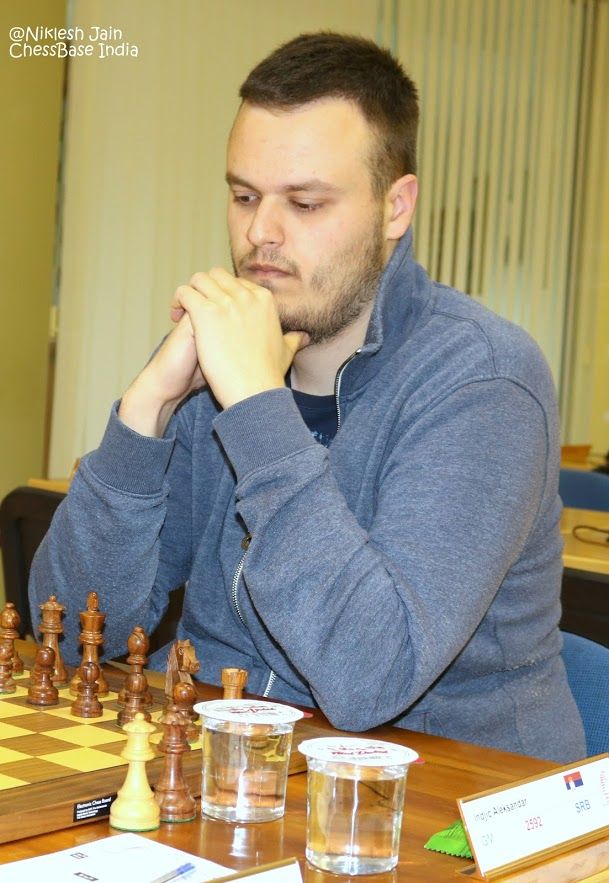 Aleksandar Indjic is the other player with 4.0/4 | Photo: Niklesh Jain 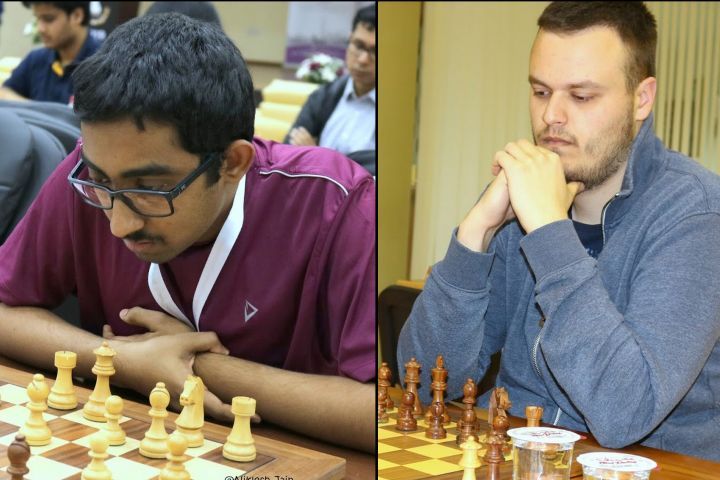 Raghunandan and Indjic will fight it out against each other in round five and it will be interesting to see who comes out on top | Photo: Niklesh Jain

Out of 164 players participating at the Dubai Open 2019, 80 are Indians! Sethuraman is the best Indian GM, followed by Aravindh Chithambaram, Debashis Das, Deepan Chakkravarthy and others. 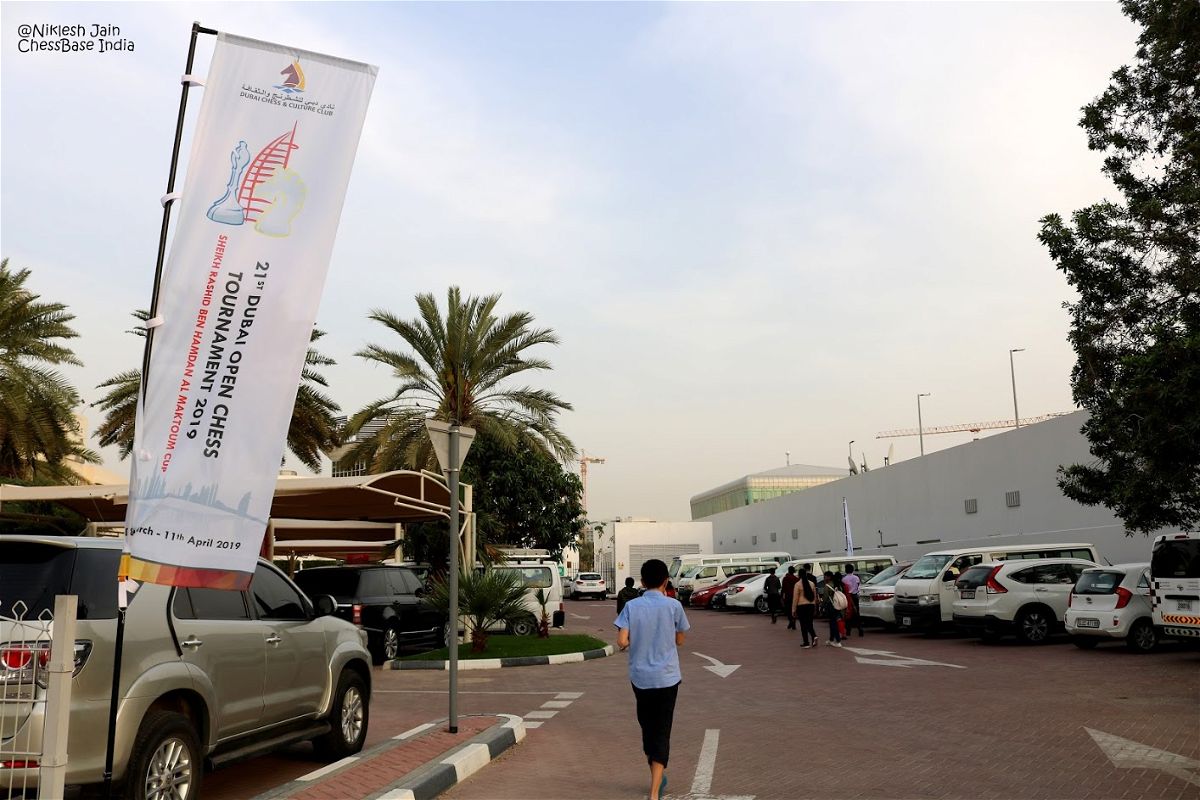 The road leading up to the Dubai Chess Club | Photo: Niklesh Jain 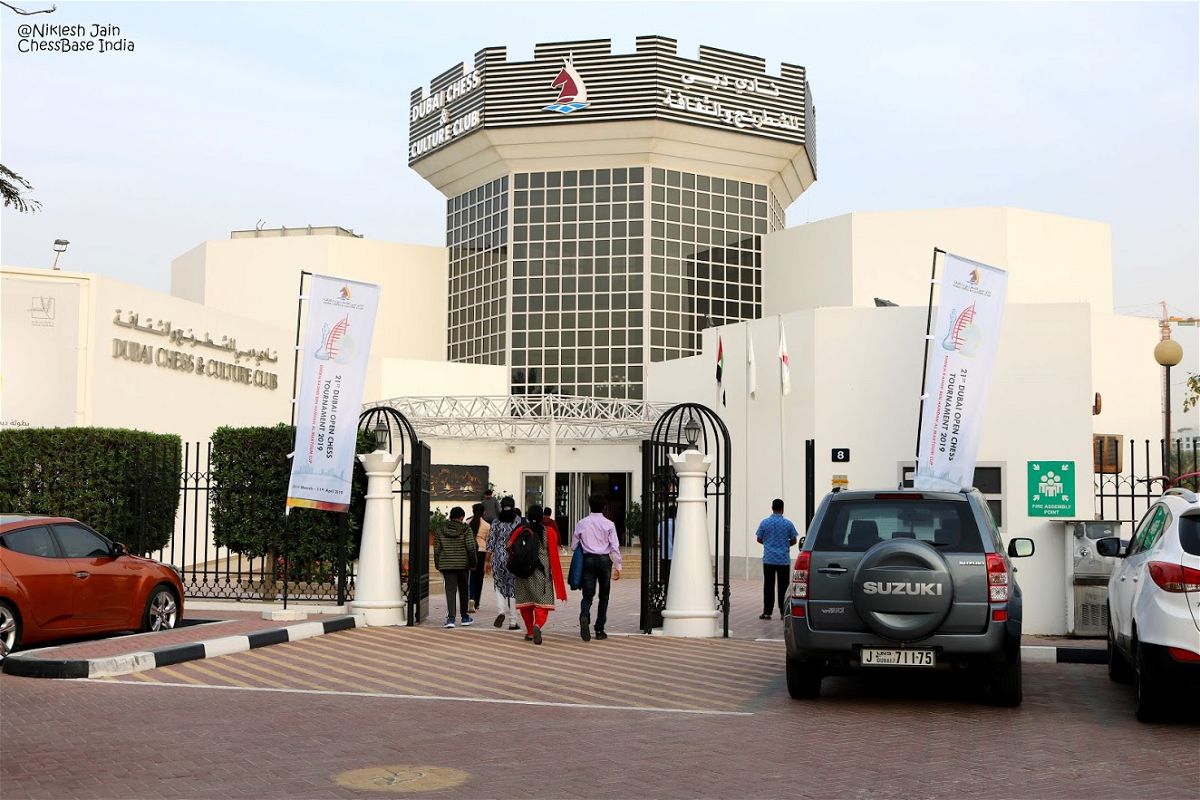 The chess club is famous for its rook shaped structure | Photo: Niklesh Jain After Raghunandan, Sethuraman is the best performing Indian with 3.5/4 | Photo: Niklesh Jain 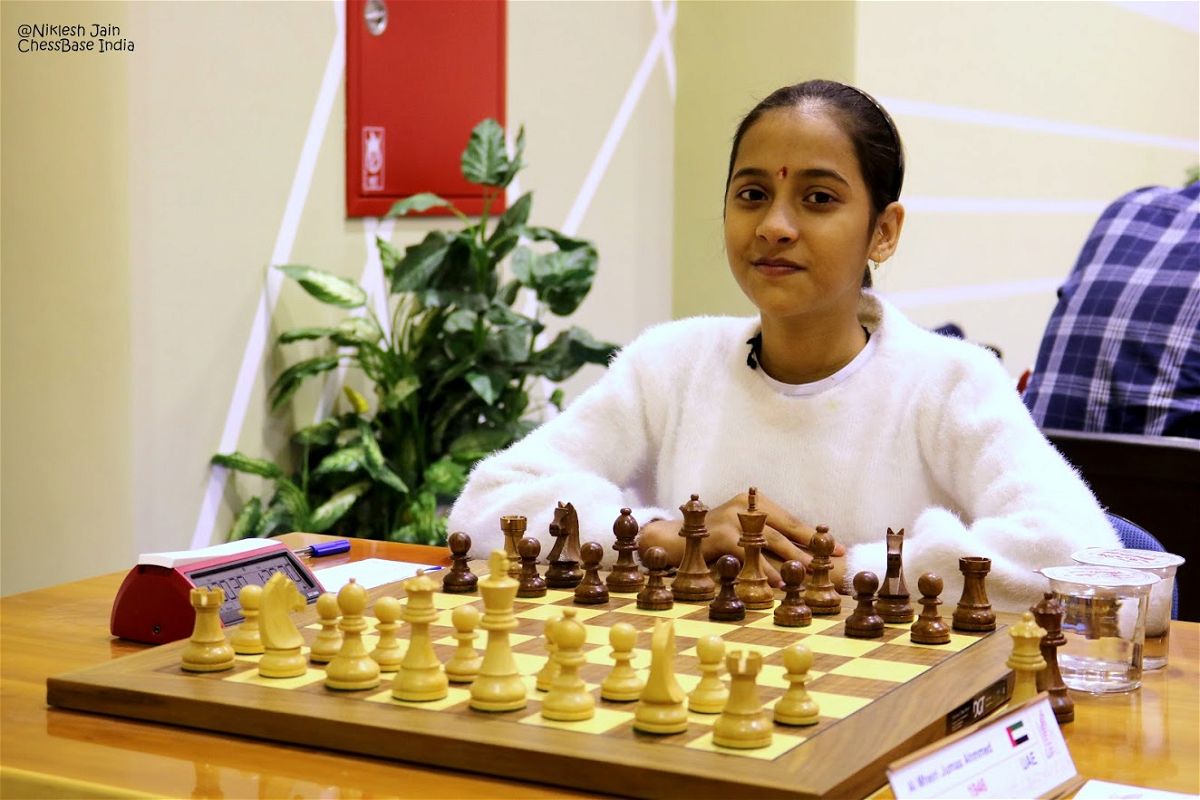 It will be interesting to see if Divya Deshmukh manages to perform well at her current rating of 2432. Currently she is on 2.5/4. | Photo: Niklesh Jain 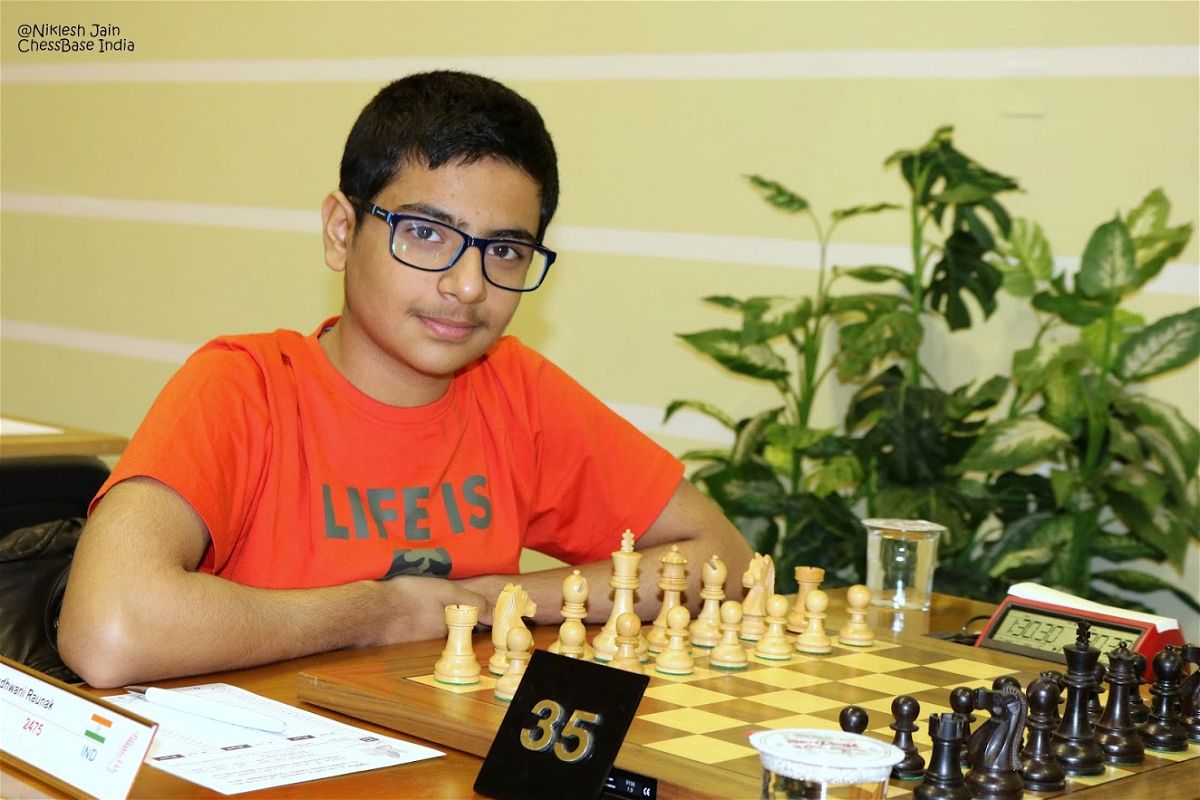 Raunak Sadhwani is playing solid chess at the Dubai Open. After two wins in the first two rounds, he has drawn his rounds three and four against Sethuraman and Iturrizaga. Can Raunak get his second GM norm here? | Photo: Niklesh Jain 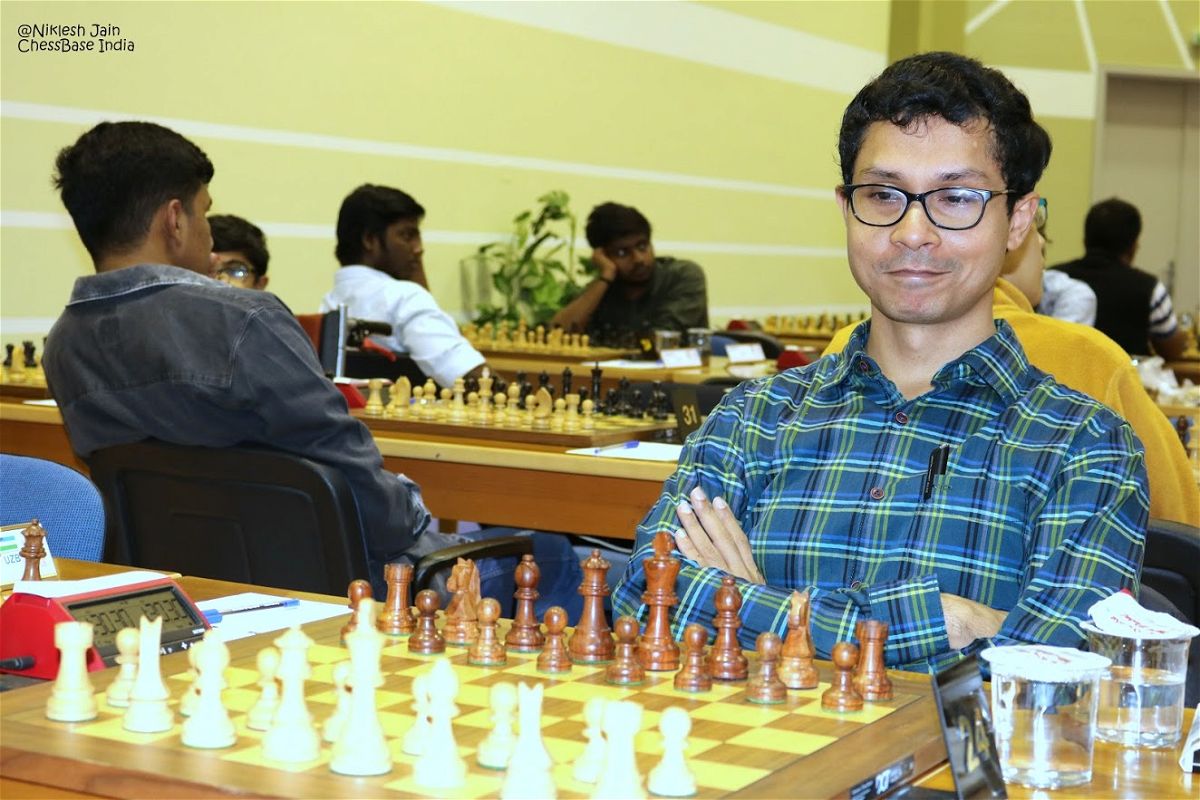 A big performance is due from Sandipan Chanda since quite some time now. Perhaps, Dubai open will be the one where he will show his true colours. | Photo: Niklesh Jain 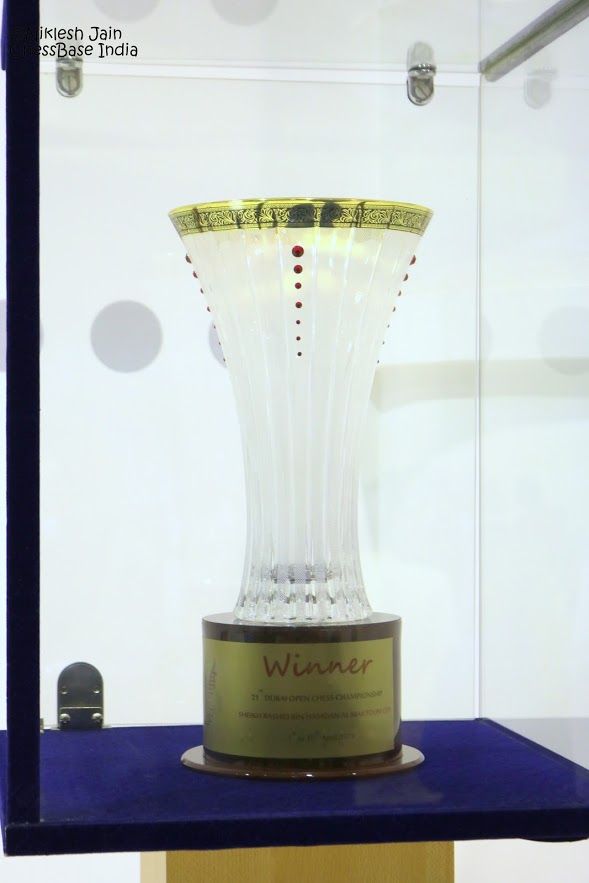 The winner's trophy, which is exquisitely designed | Photo: Niklesh Jain 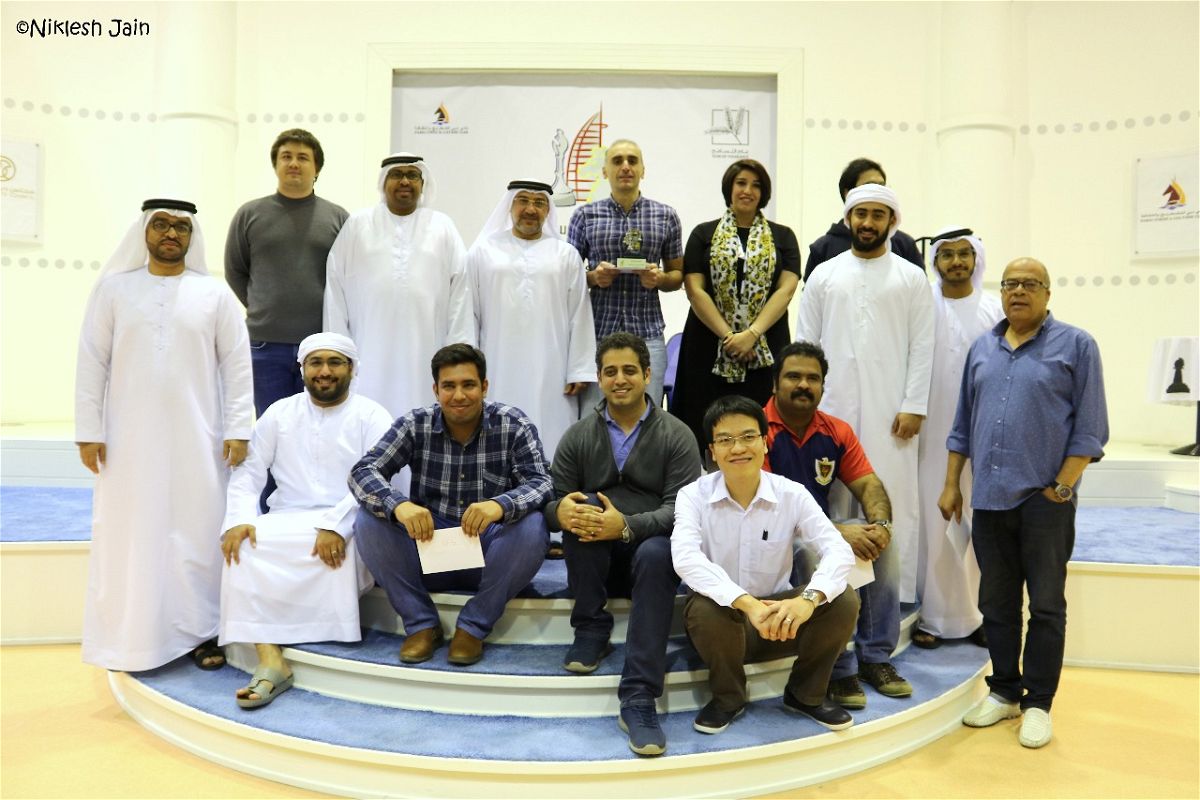