Mitrabha Guha emerged as the sole leader after the conclusion of the penultimate round in the 27th edition of The Telegraph Schools' Chess 2018. Mitrabha defeated the previous round leader Rajdeep Sarkar to gain a half-point lead. A pack of four players Koustav Chattejee, Sanket Chakravarty, Praloy Sahoo and Ayan Pal are trailing behind the leader at 7.0/8. In the seventh round, Rajdeep was unable to extract a win against Sanket, whereas Koustav and Mitrabha accepted draw meekly. Praloy and Ayan won their both round 7 and 8 games to get into the title picture. Despite Mitrabha being in the lead, he must win in the final round to secure the championship whereas draw means anyone can become champion. The report contains photos, videos and games from round 7 and 8. Photo: Shahid Ahmed

Mitrabha becomes favorite to win it all, Rajdeep loses out of the race 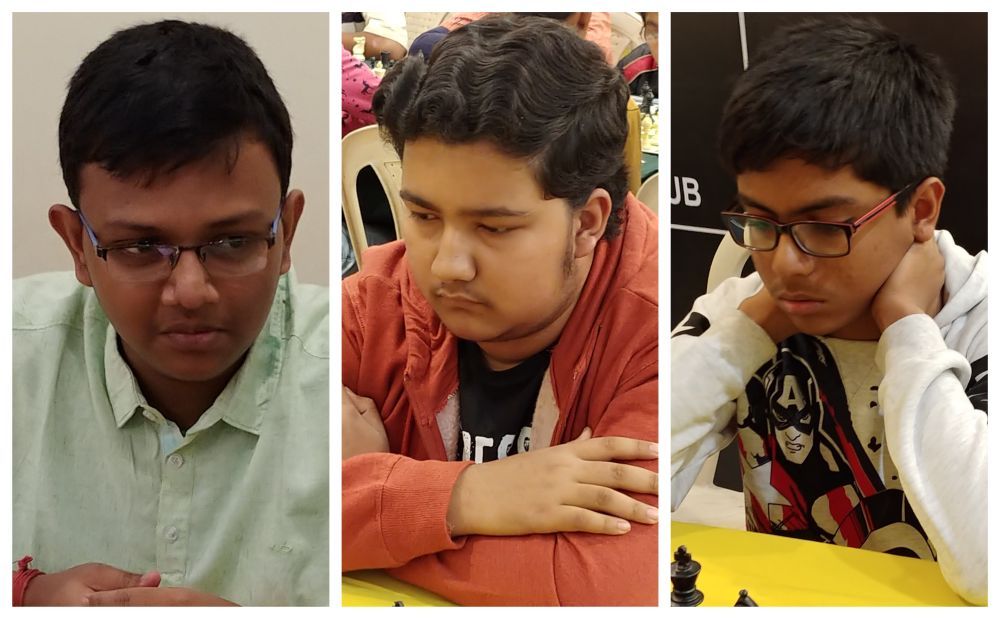 Who do you think will become the champion? Mitrabha, Koustav or Sanket? | Photo: Shahid Ahmed

Just when things were about to heat up, the players decided to shake their hands and accept a draw. 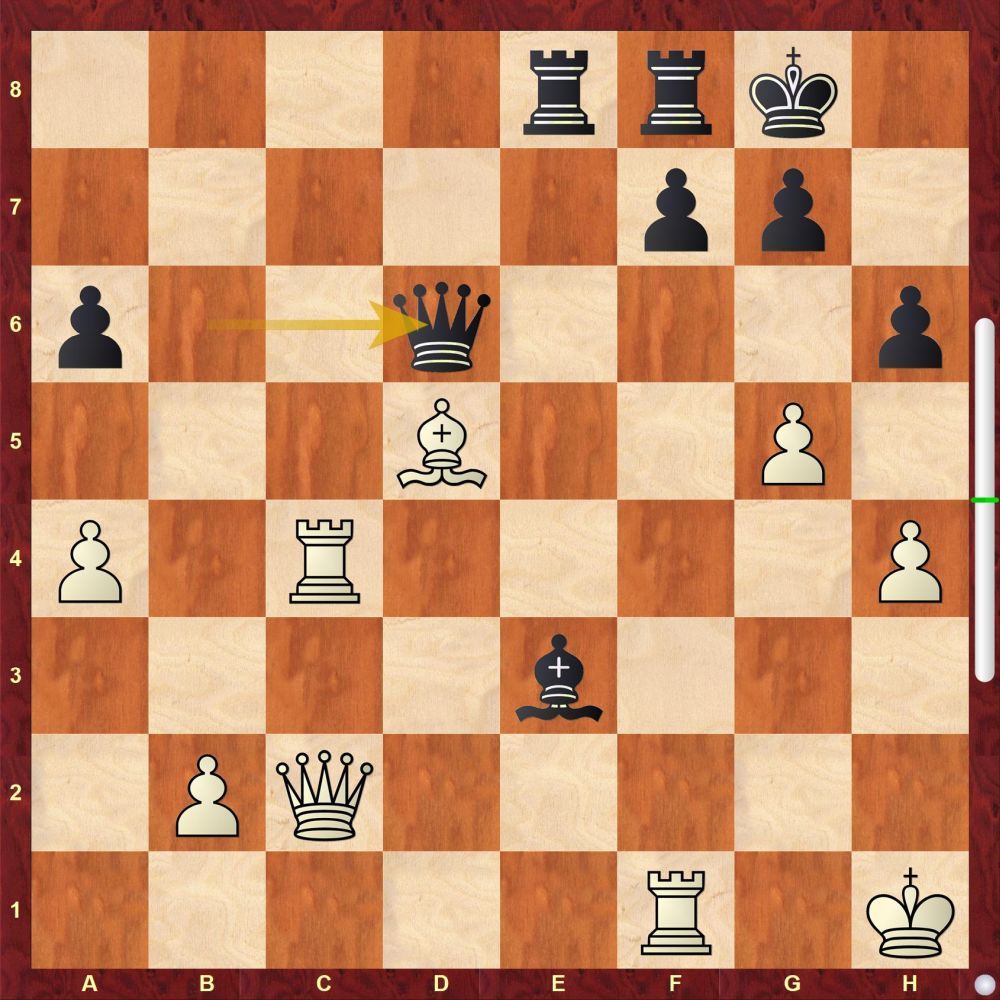 Would you have accepted a draw after Mitrabha's 29...Qd6 ?

Mitrabha kept pressing from the get-go in English Opening. Rajdeep did not budge, until... 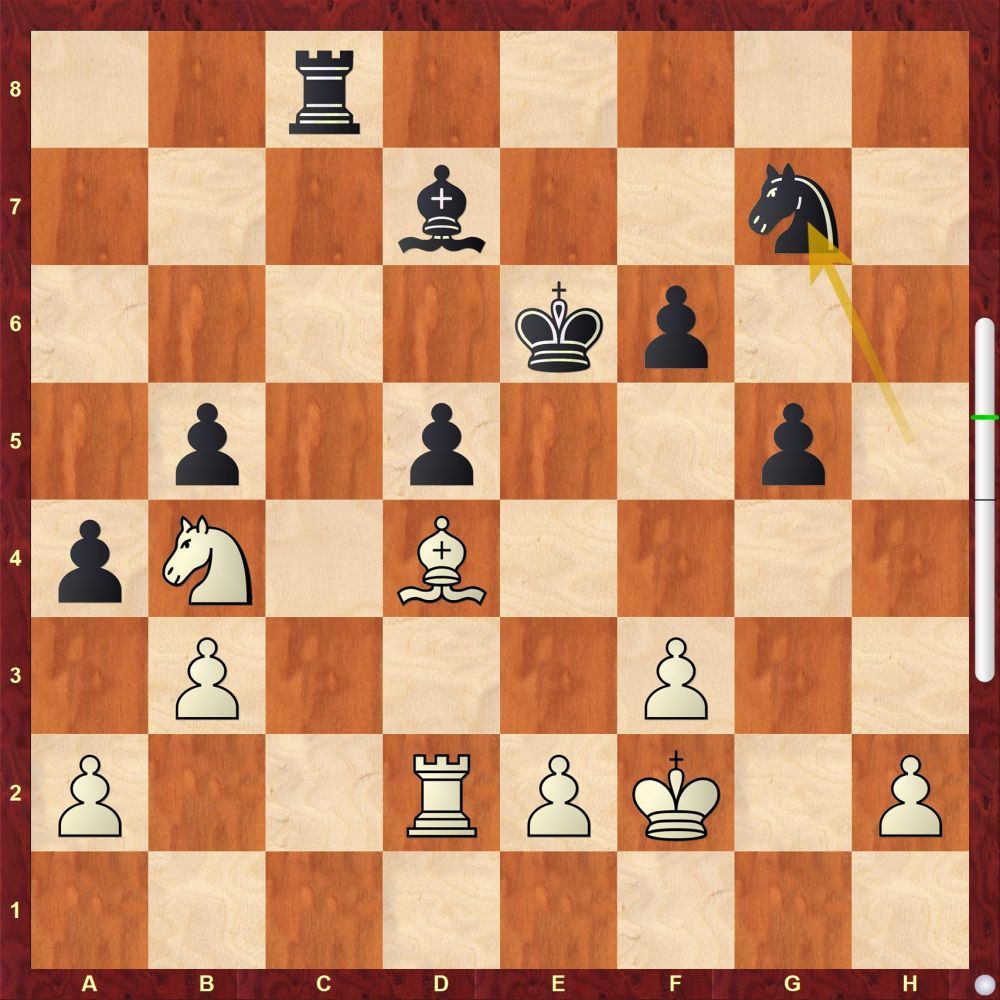 Rajdeep blundered here with 43...Ng7. After that it was all just a matter of technique 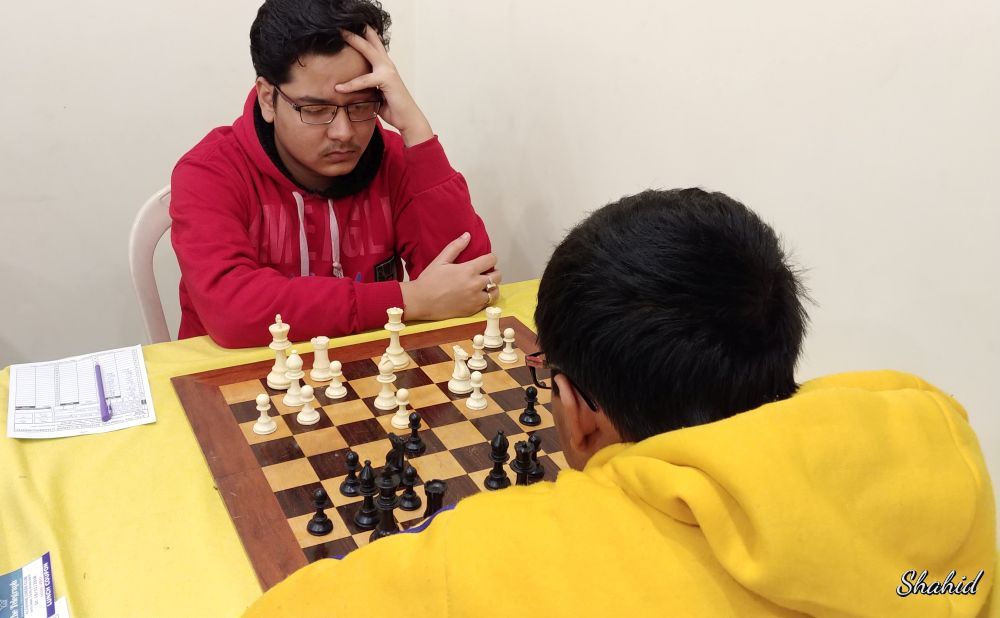 Both Rajdeep and Sanket tried their best, yet neither could come out at the top | Photo: Shahid Ahmed

After 4 hours long grueling battle, a draw was all they could ask for. 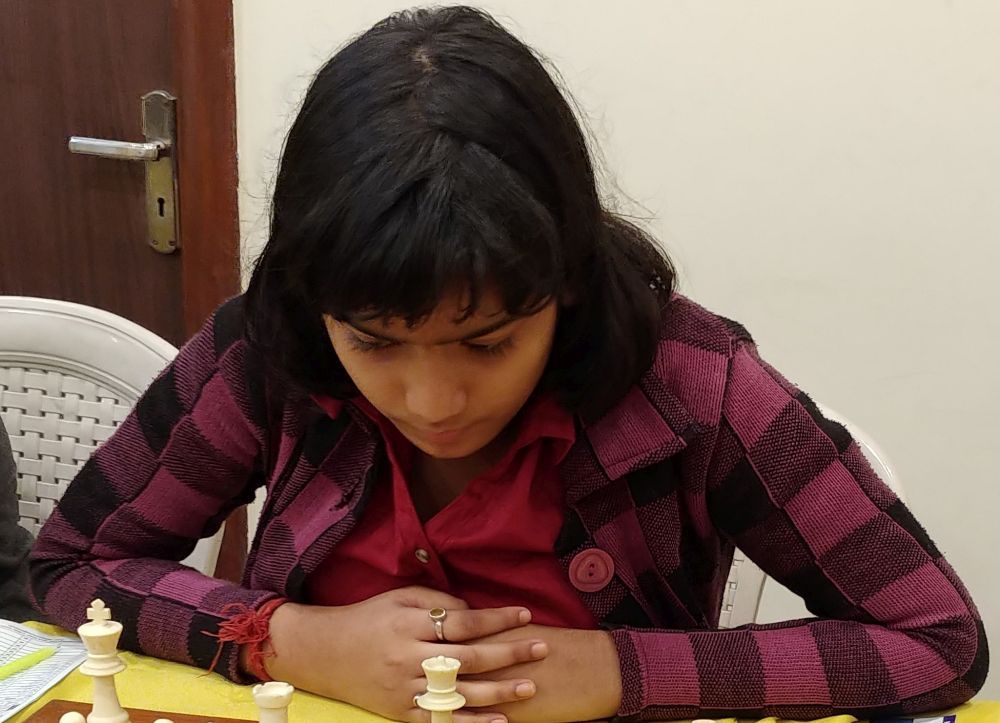 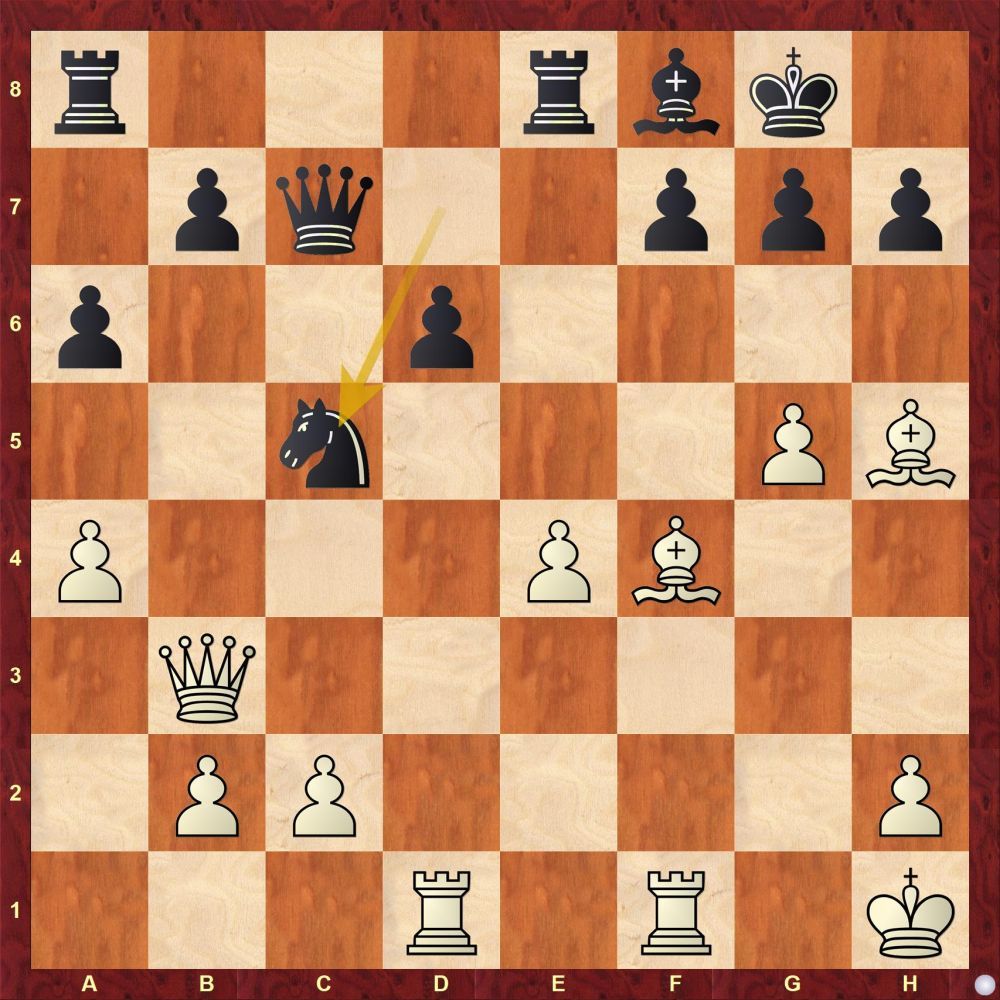 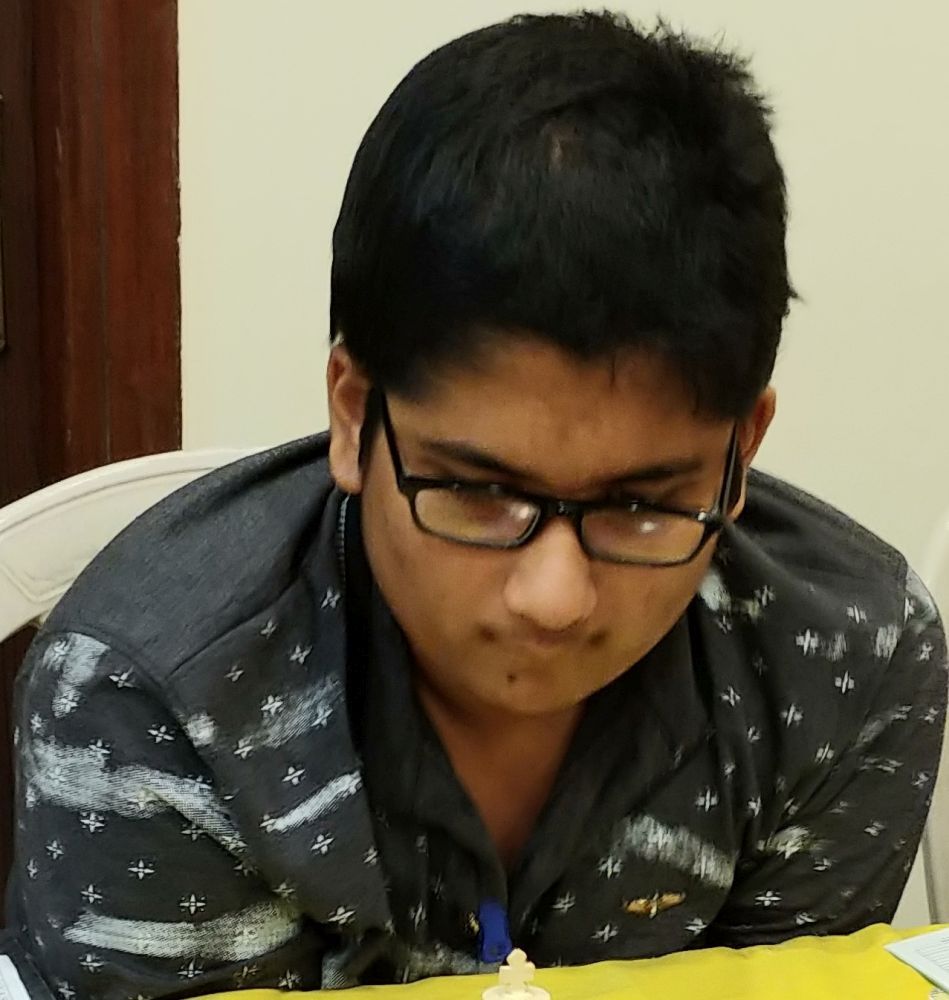 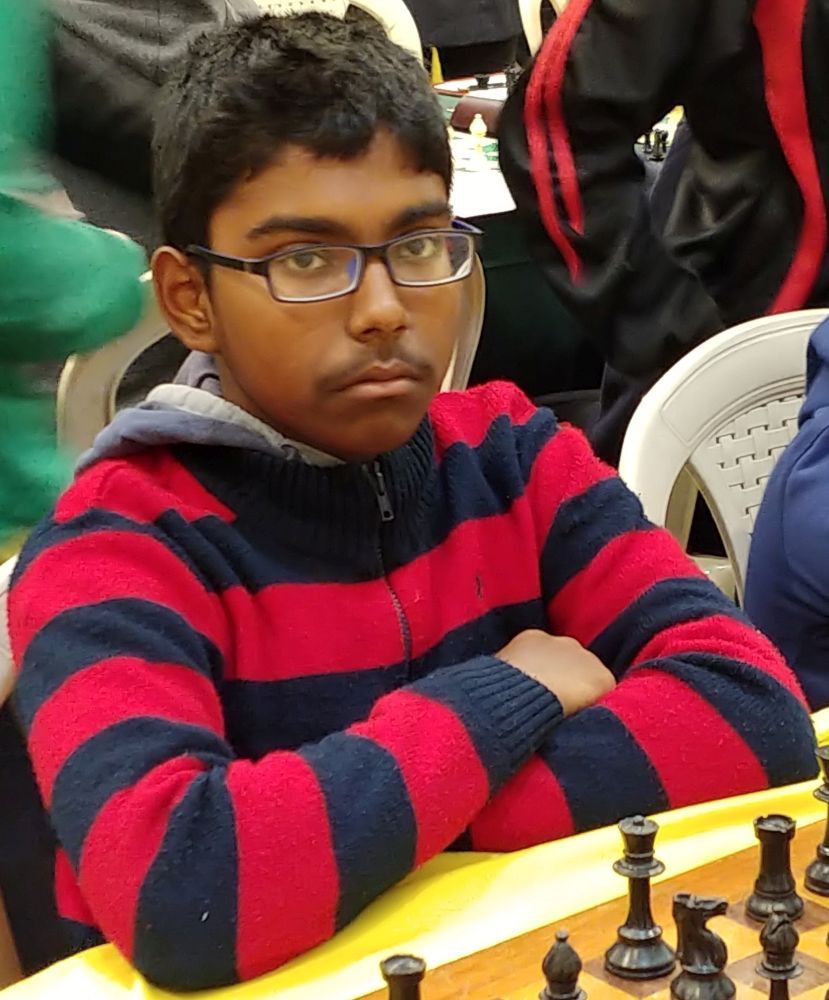 With a bit of luck on his side and poise, can he make a podium finish today? | Photo: Shahid Ahmed 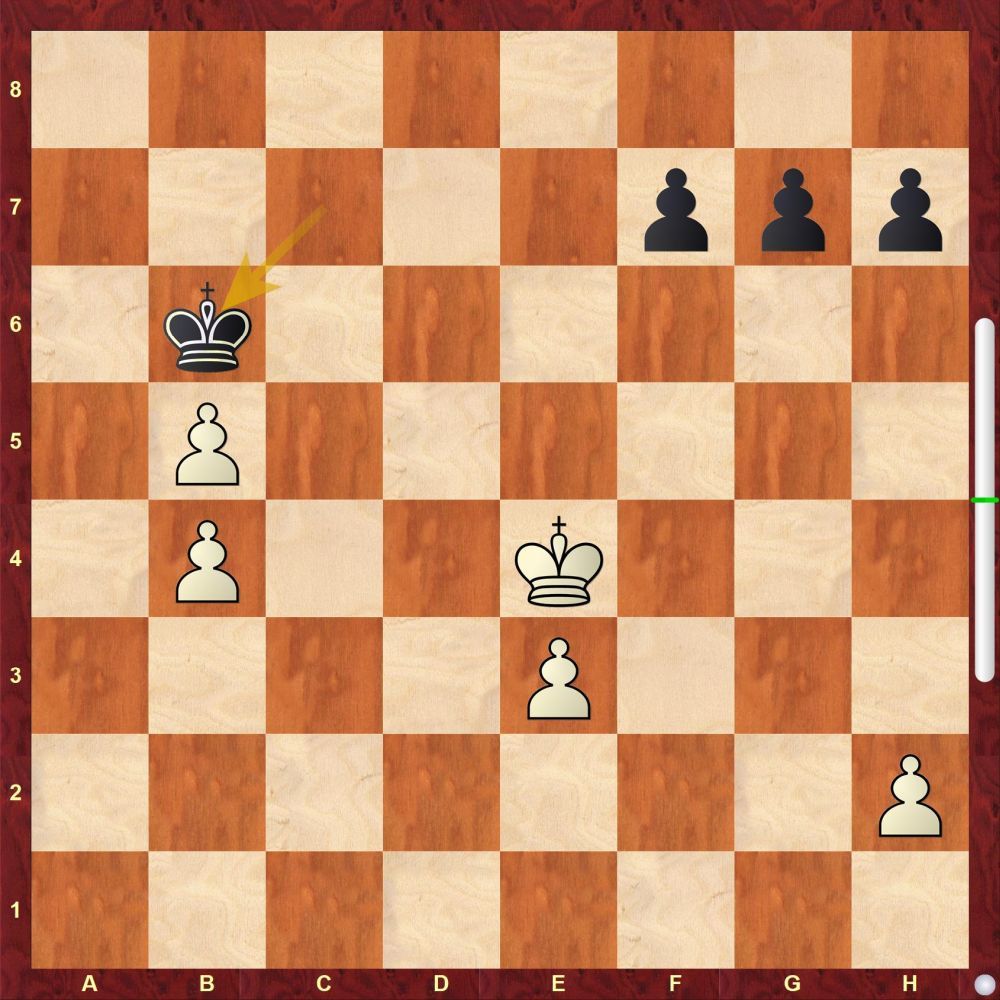 White to play and draw

Ayan Pal had a lot of luck on his side when his opponent Anubhab Gupta blundered in a drawn King-pawn endgame. 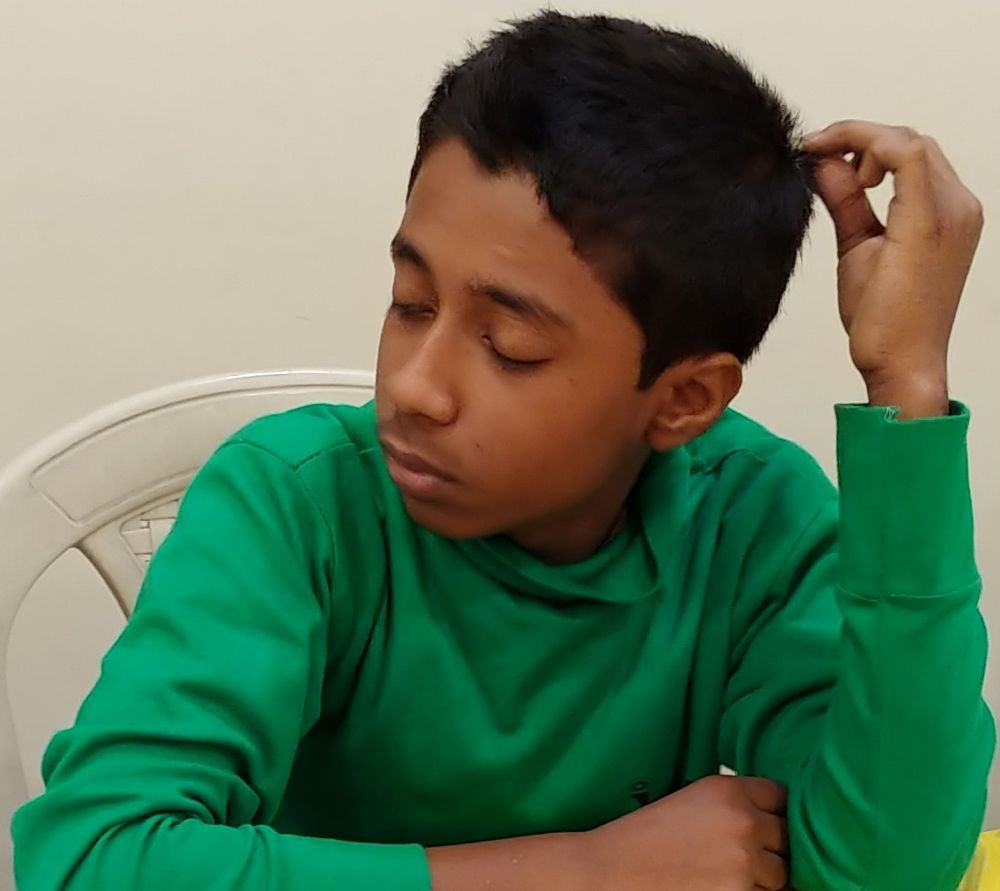 Is Praloy Sahoo the 'Dark Horse' of the tournament? | Photo: Shahid Ahmed

Praloy Sahoo made a quick work of Dhritabrata Kundu in just 23 moves in Center Counter opening. 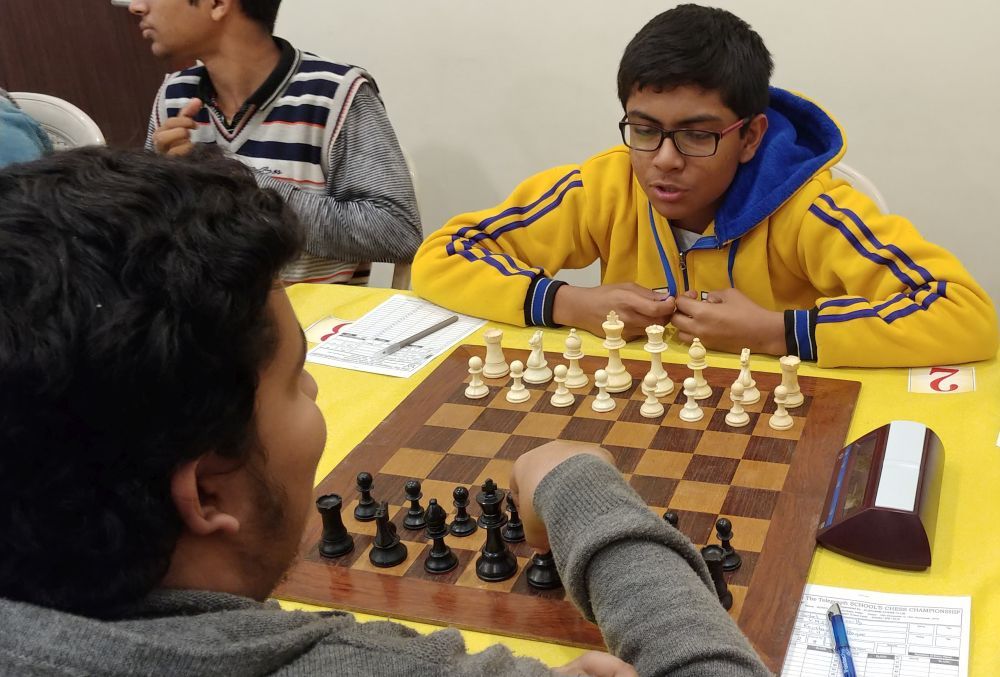 Sanket and Koustav are engaged in a pre-match banter | Photo: Shahid Ahmed

Their match did not have much to talk about as they made a draw in just 25 moves in an uneventful game.

Shuvam Roy managed to hold Samriddhaa Ghosh to a draw in French Defence Advance variation where both players were unable to get any kind of upper hand against the other. 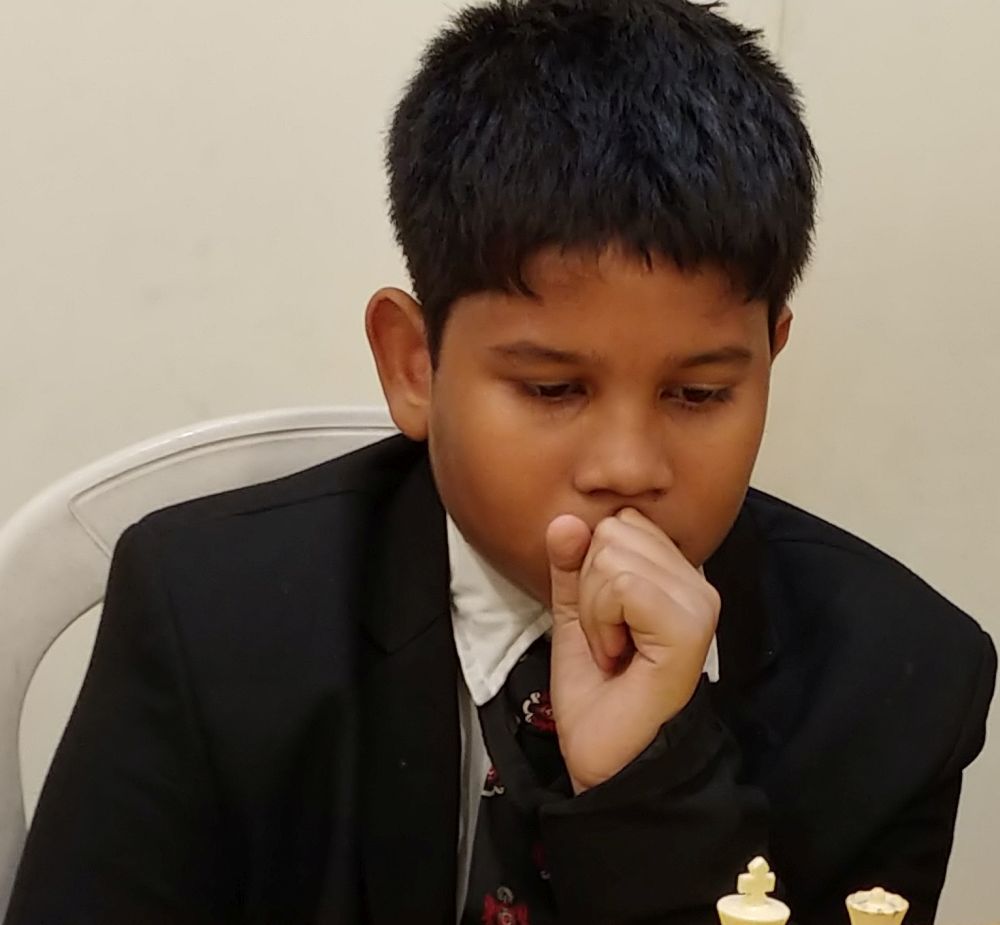 Debarghya Samanta drew with Rupam Mukherjee in a marathon game of 96 moves where both sides did not make any significant mistake | Photo: Shahid Ahmed 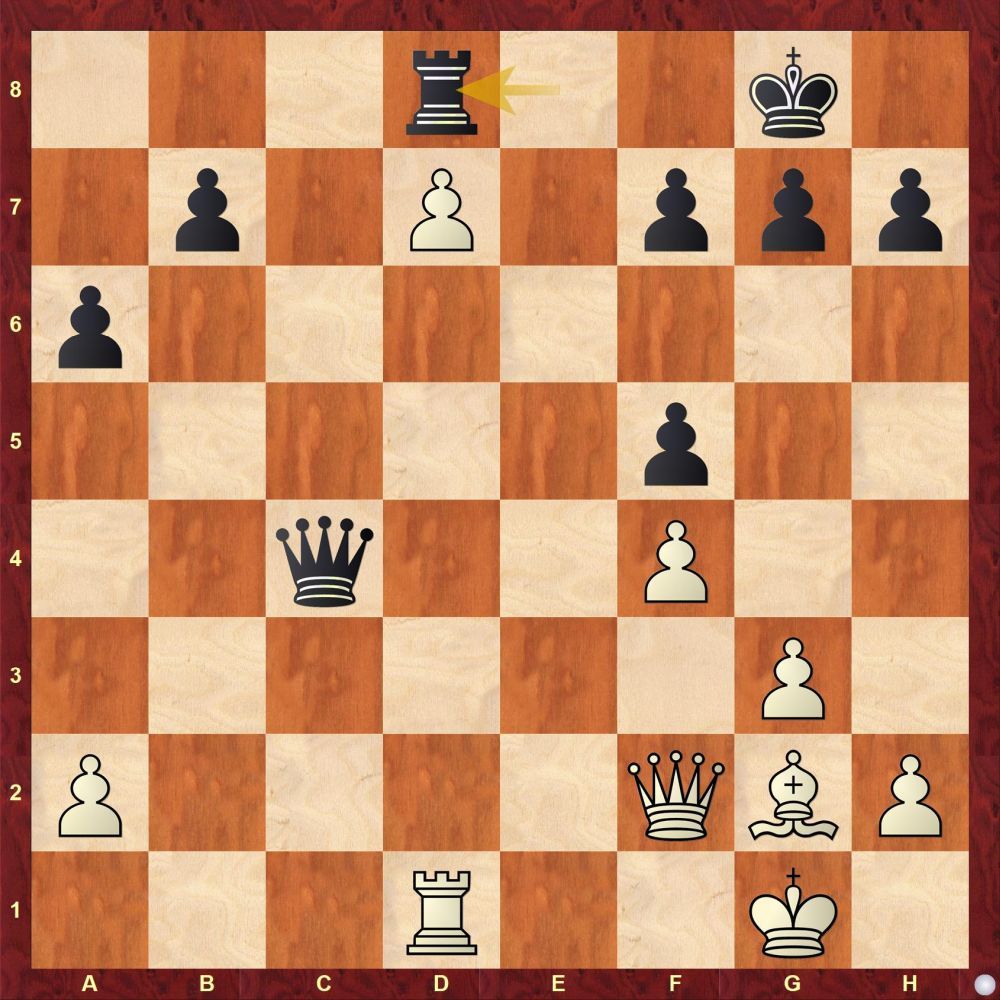 Ayan Pal had an easy win against Anushka Gupta. Find out the final combination here 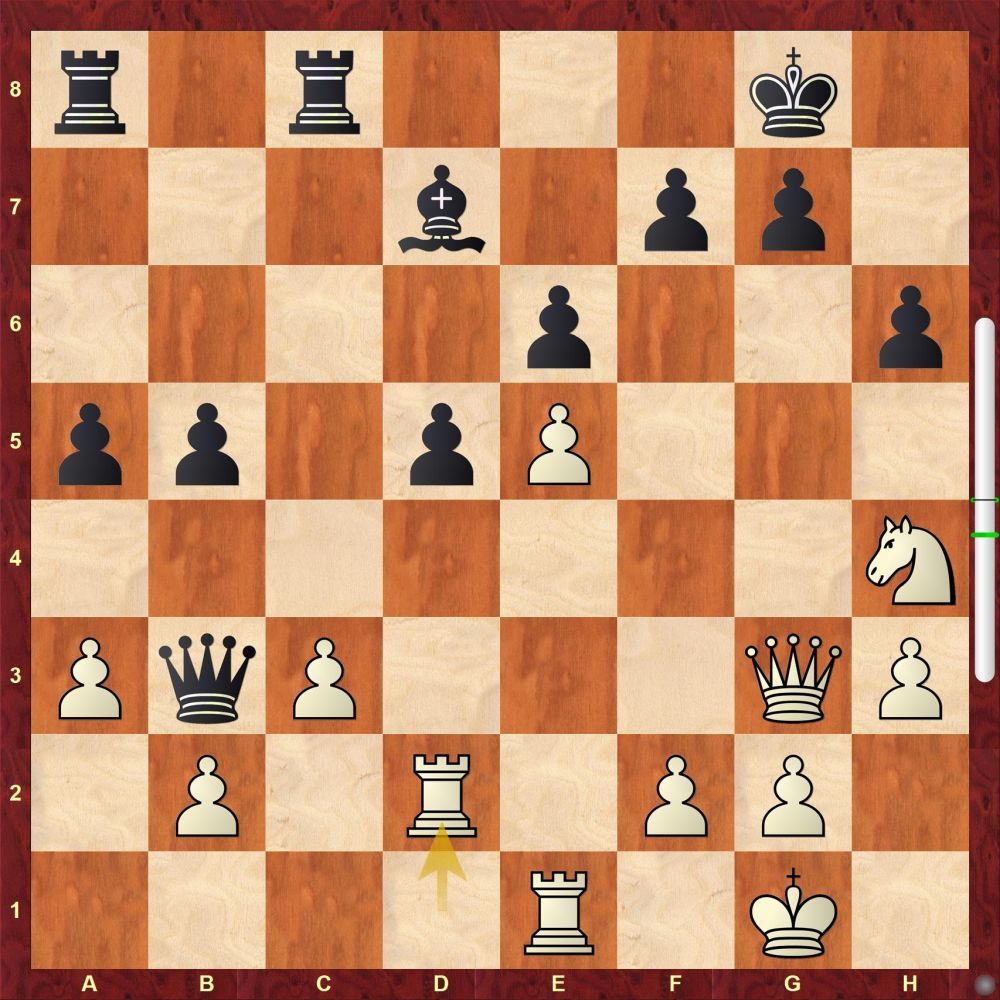 Praloy managed to slowly turn things around in his favor in the endgame and eventually liquidate into a winning position. 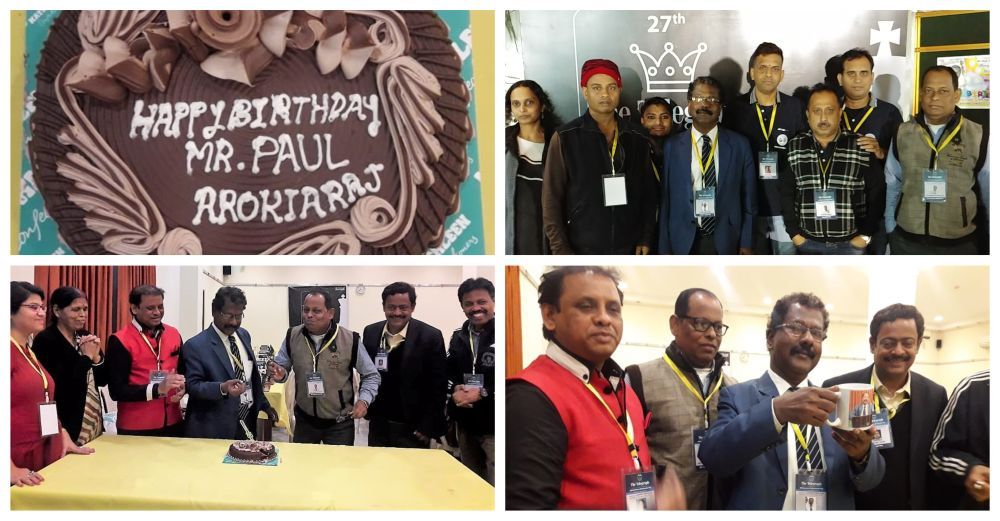 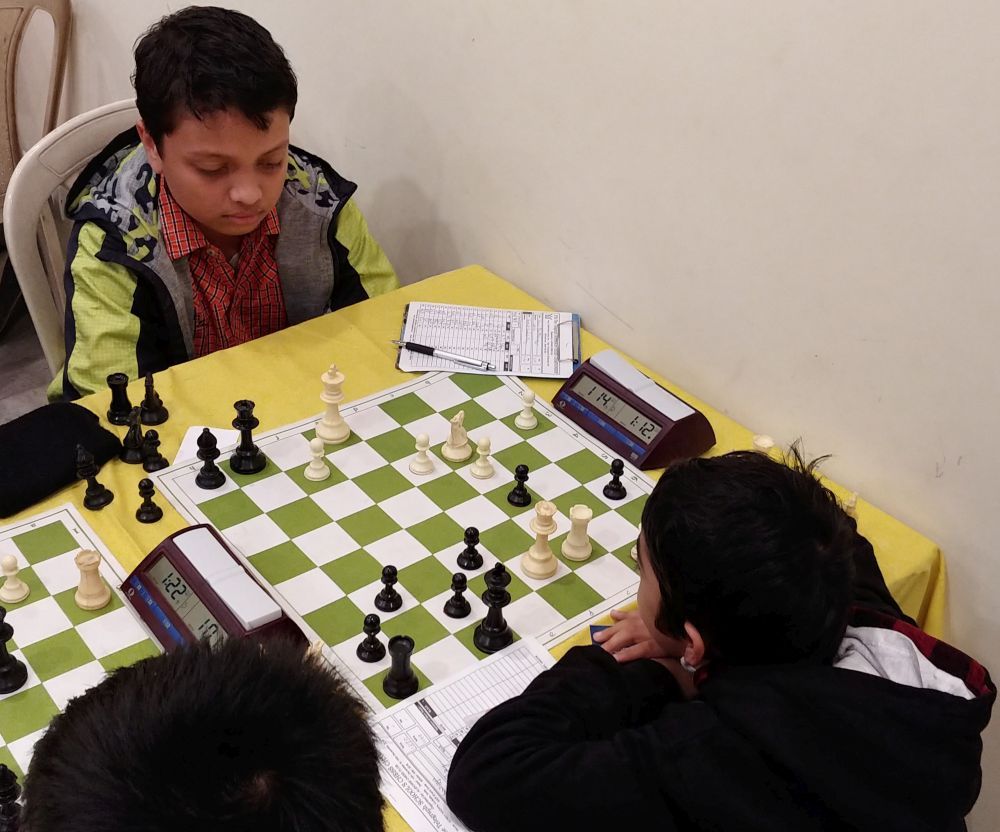 When both sides go for an all-out attack | Photo: Shahid Ahmed 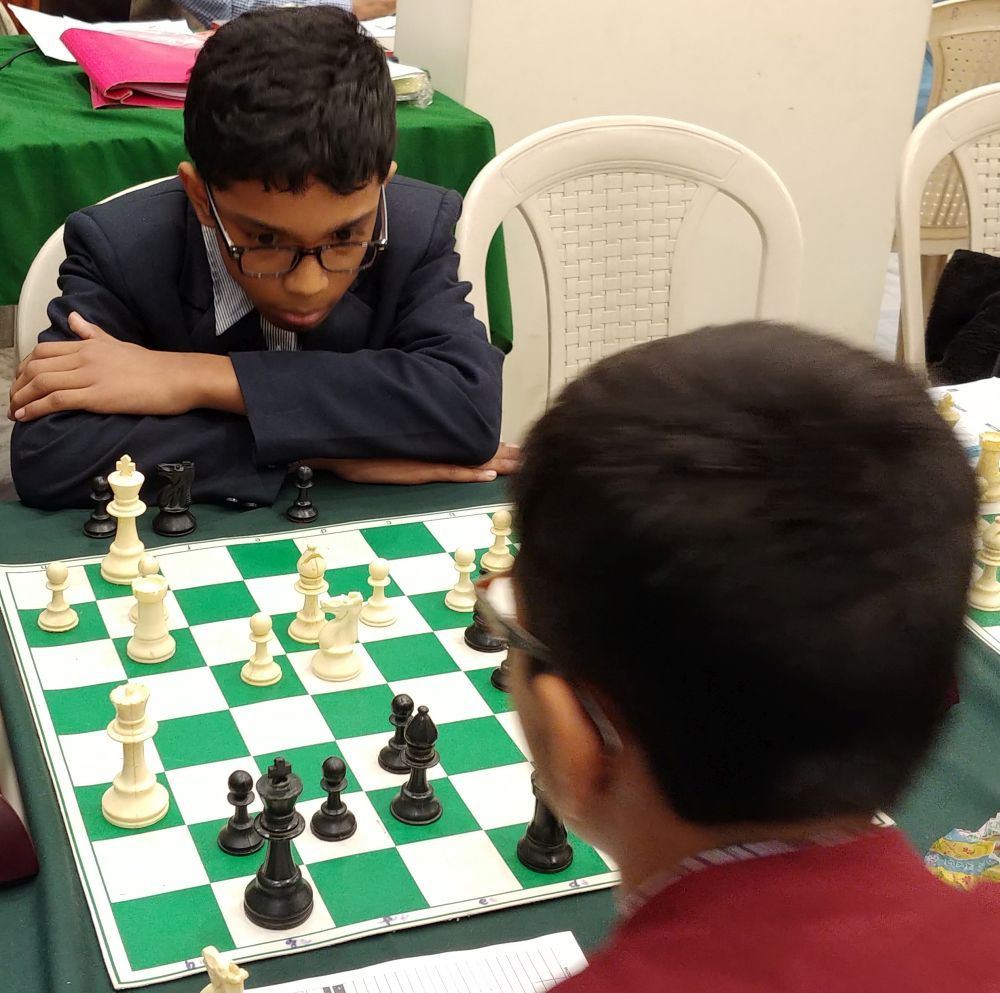 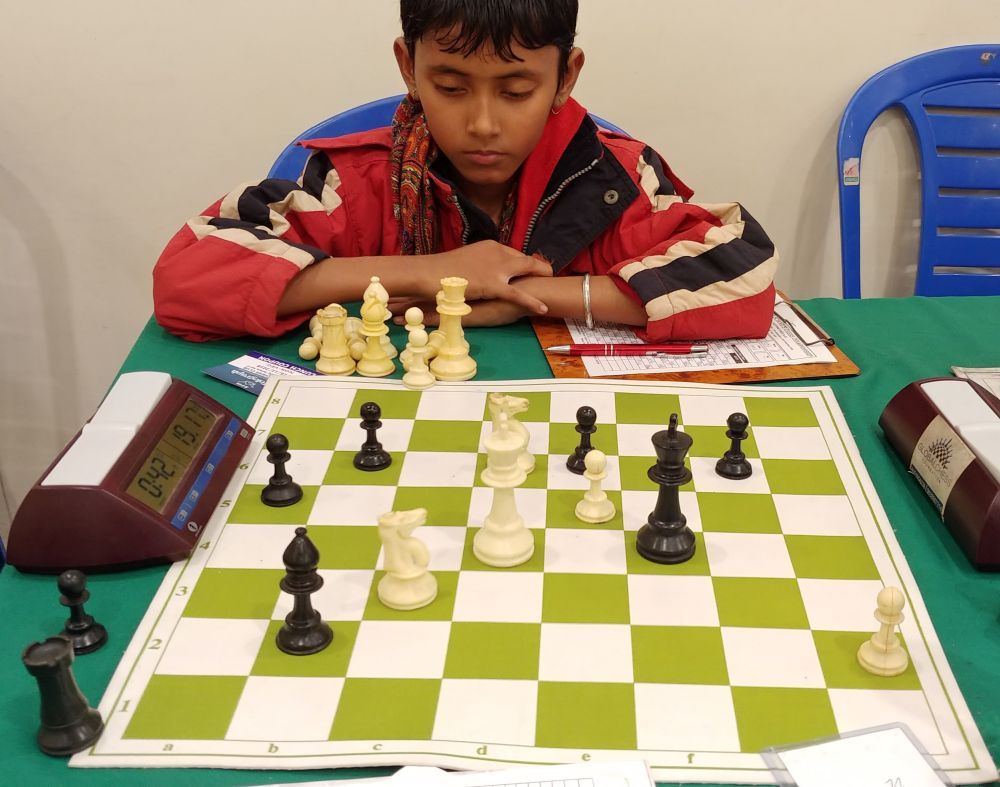 Is it a draw or can Black push for a win? | Photo: Shahid Ahmed

It's not over until it's over | Photo: Shahid Ahmed 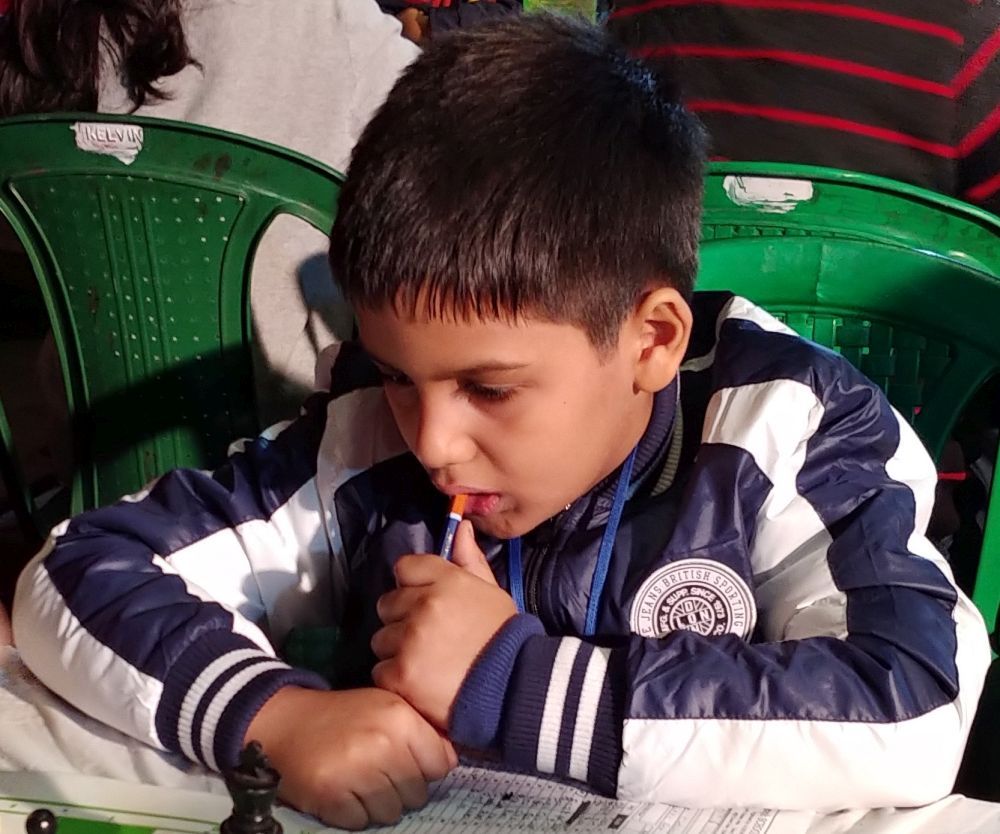 Pencils are a good chew toy...except they are not | Photo: Shahid Ahmed 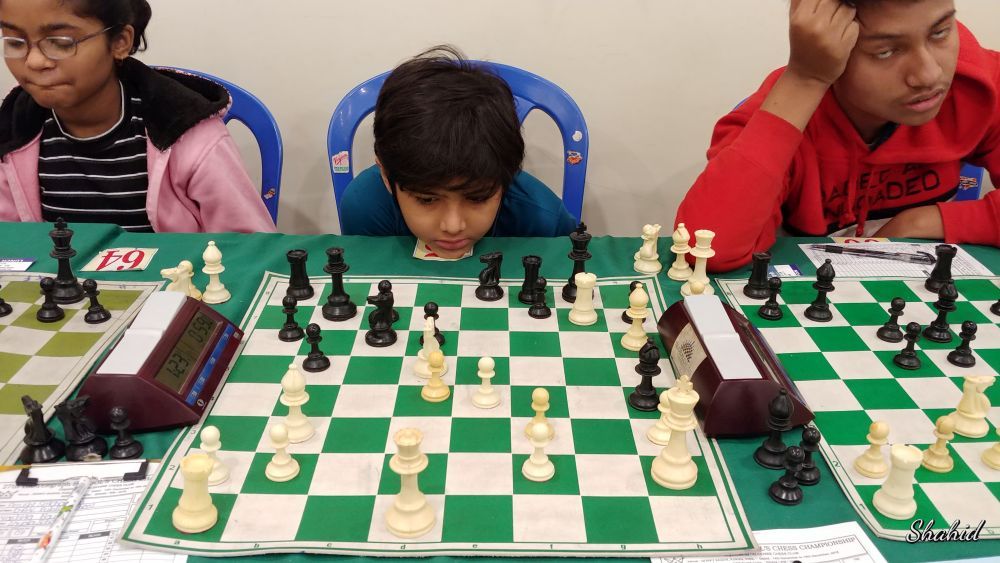 The face you make when your opponent does a Rg7 sac | Photo: Shahid Ahmed 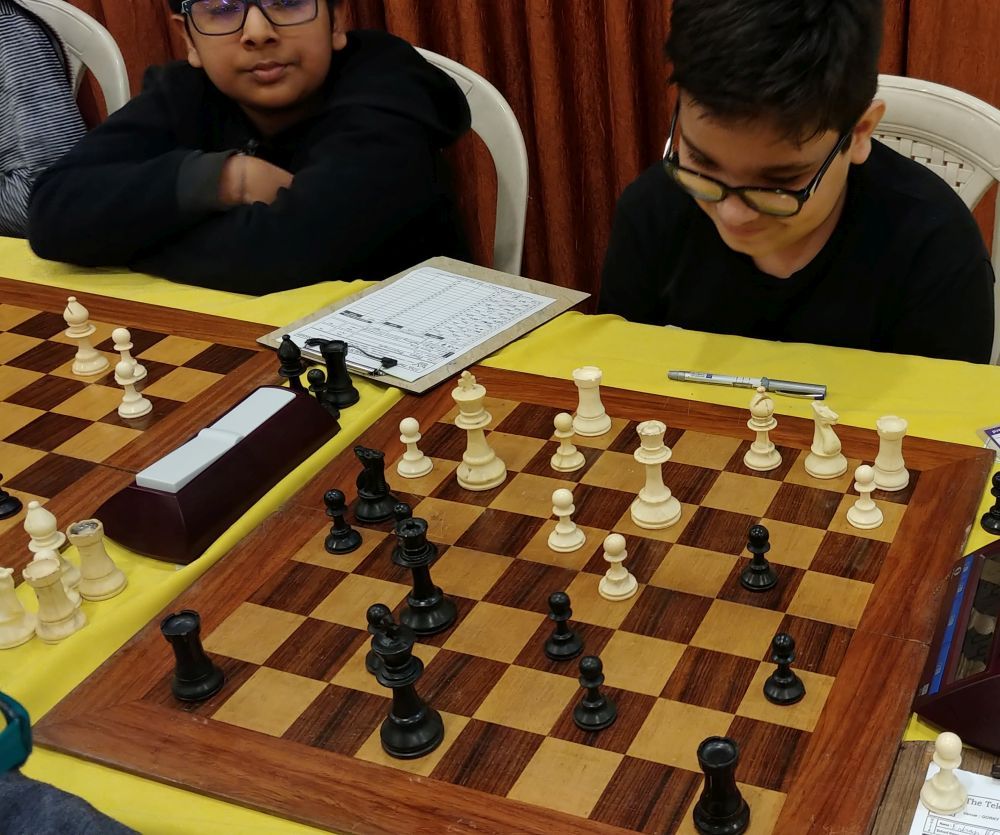 That moment when you know that you are being photographed for your king taking a walk in the park | Photo: Shahid Ahmed 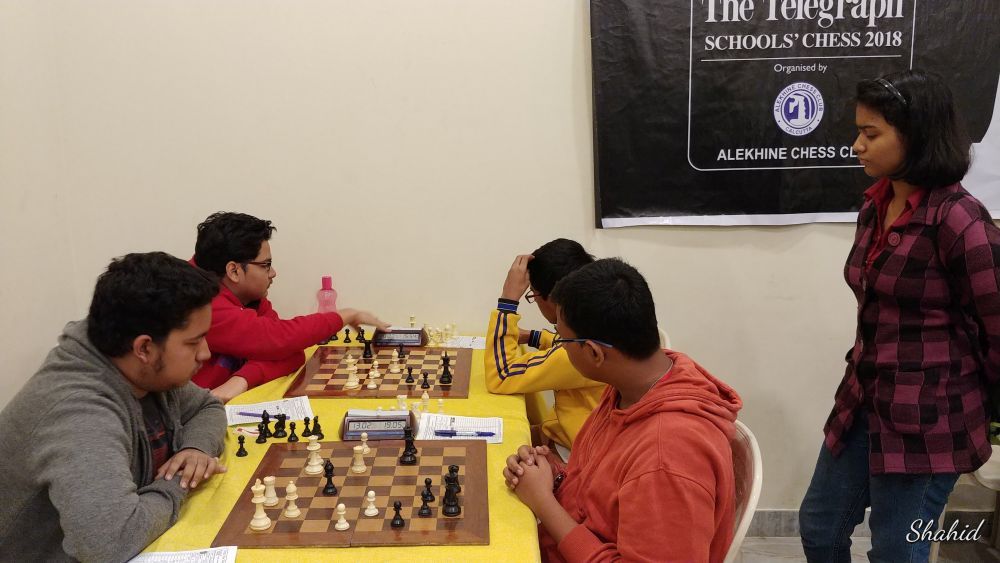