Mitrabha Guha won his maiden title in 27th The Telegraph Schools' Chess 2018 in his final appearance at the longest running school level chess tournament of the country. Mitrabha scored 8.5/9 and finished half-a-point ahead of the runner-up Koustav Chatterjee. Rajdeep Sarkar scored 7.5/9 and finished at 3rd position. Mitrabha also won the Parimal Mukherjee Trophy for the Best Game prize against Rajdeep Sarkar from their round 8 encounter. He was the spearhead for his school team, South Point's another championship run at the Best School prize. We bring you photos, interviews, games and an annotated game by the champion himself. Photo: Shahid Ahmed

Mitrabha's all round triumph at The Telegraph Schools' Chess 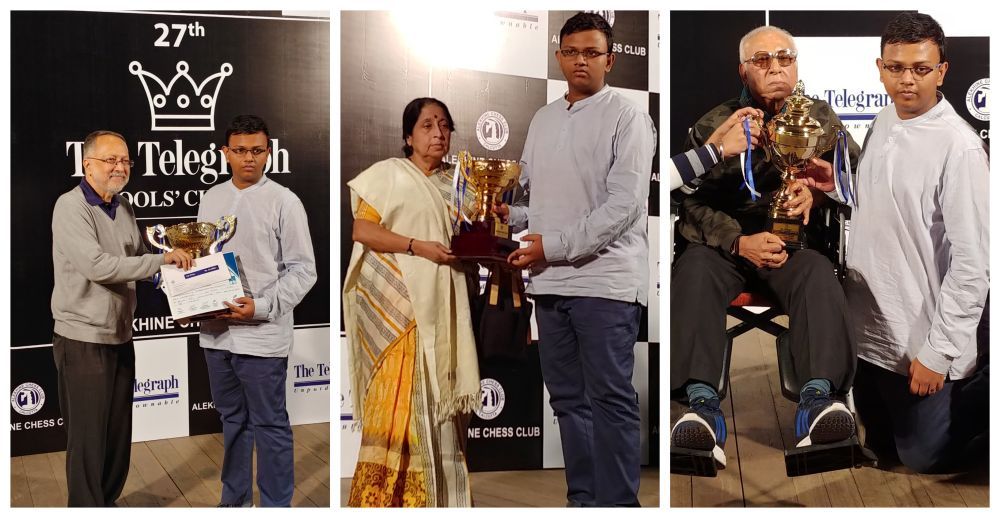 What makes Mitrabha apart from others? He does not like to settle for a draw and leave things up for chance. In a position where it was equal and draw was the only predictable outcome, Mitrabha waited over 41 moves for his opponent to mistake and his opponent eventually did break. 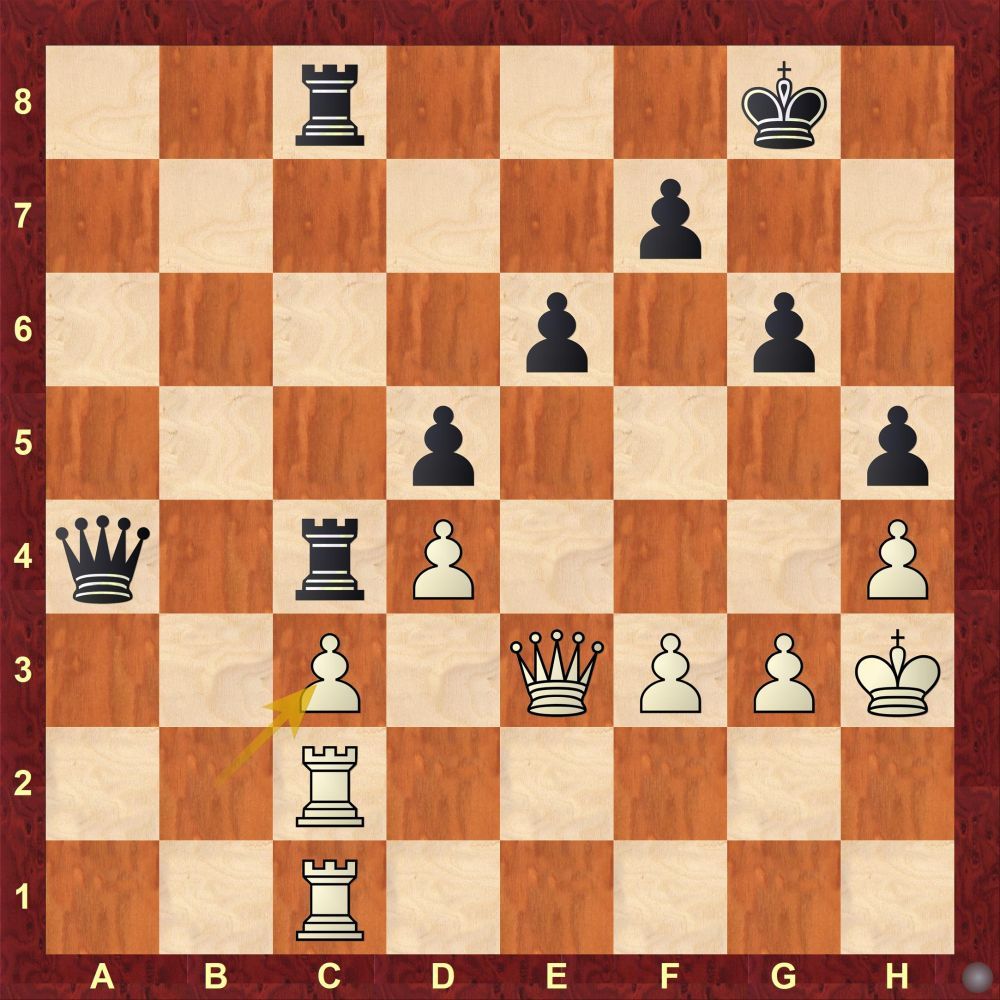 After 51.bxc3, Mitrabha began waiting for his opponent to make a mistake and after 41 moves, he did

Parimal Mukherjee Trophy winning Best Game of the tournament annotated by the Champ himself: 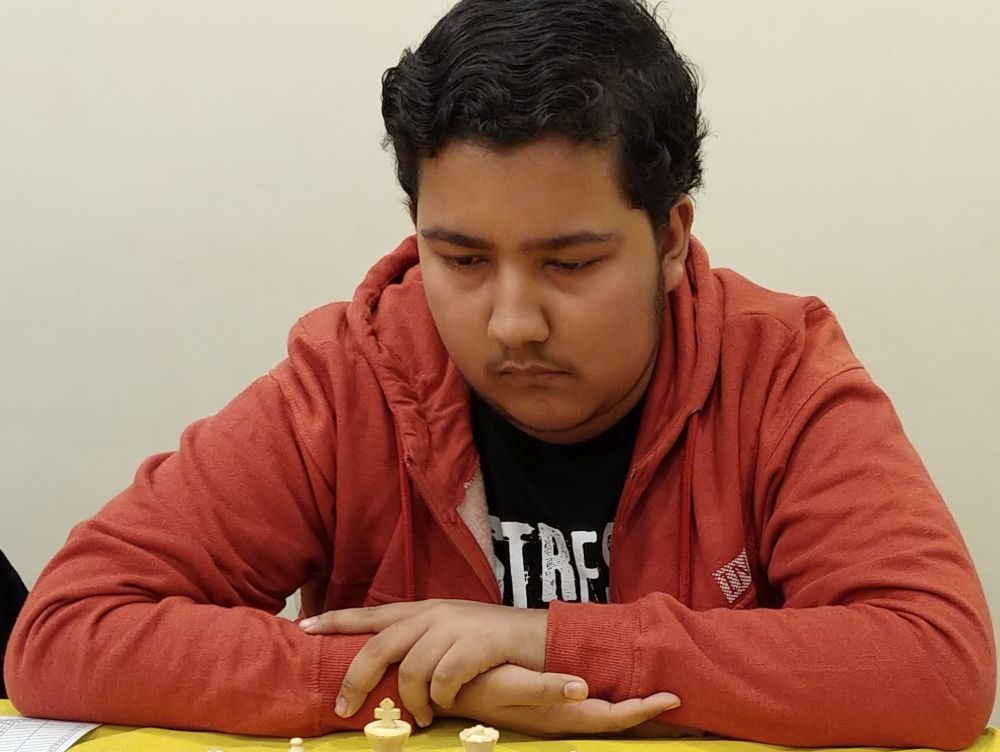 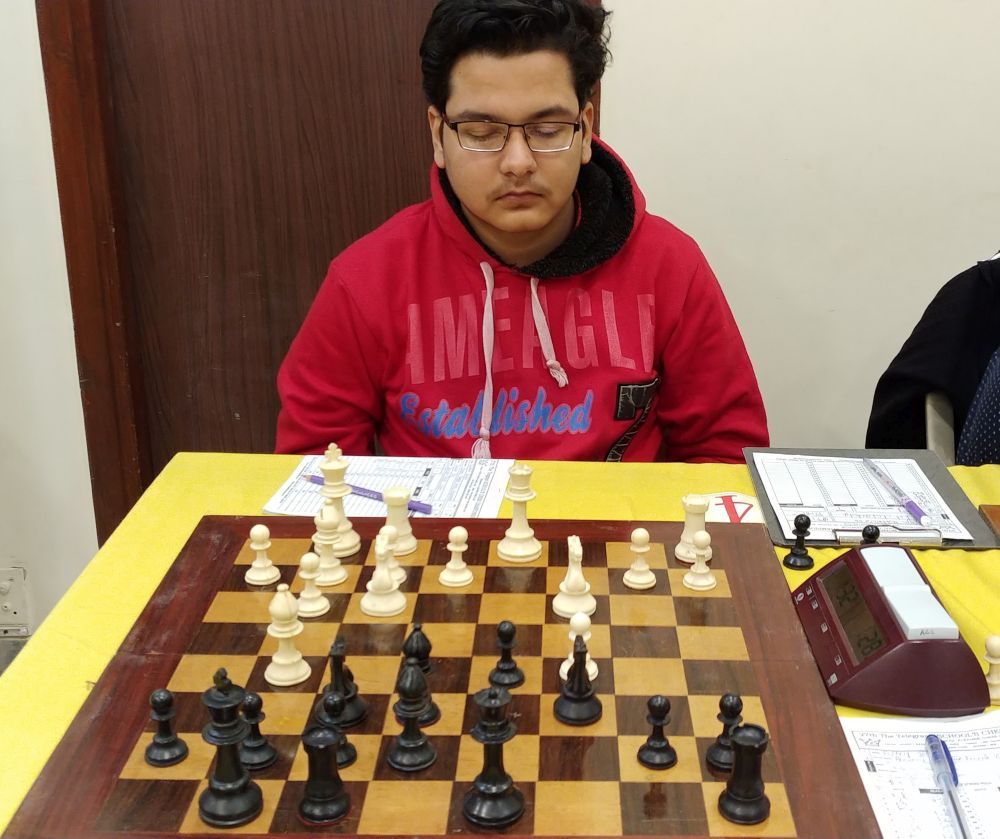 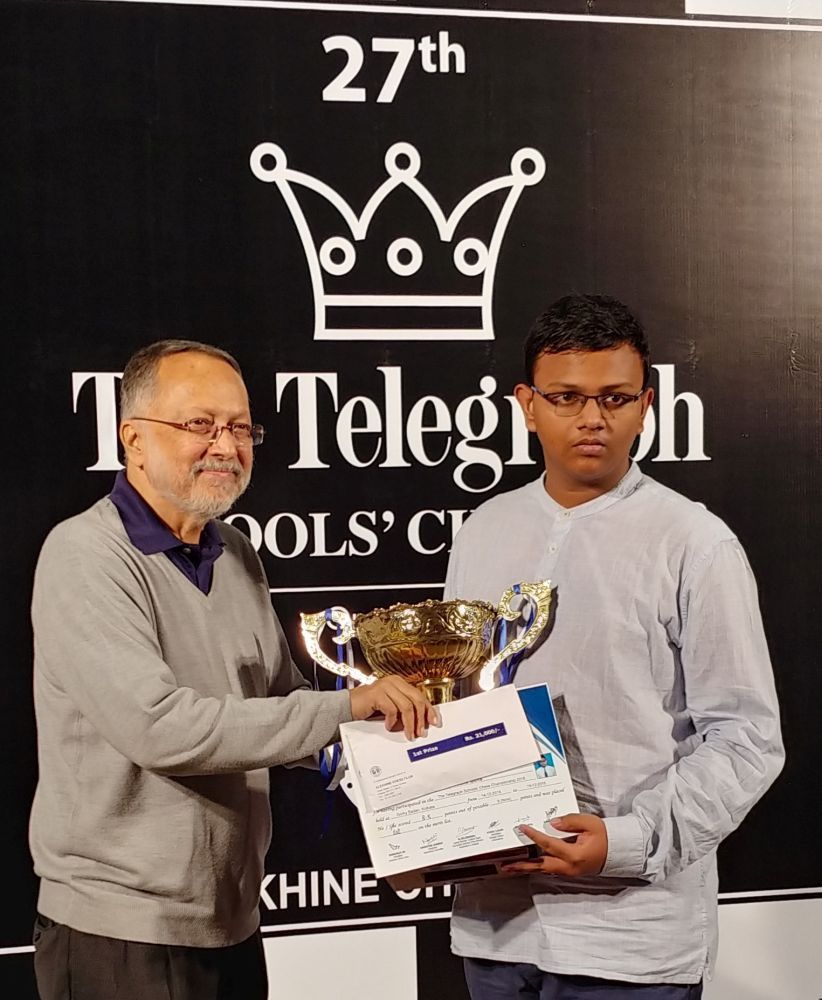 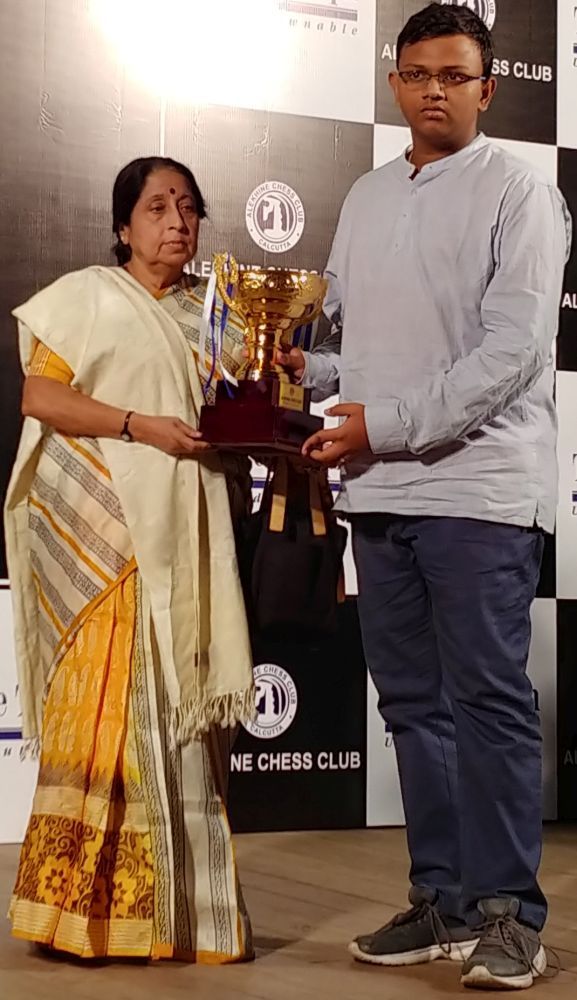 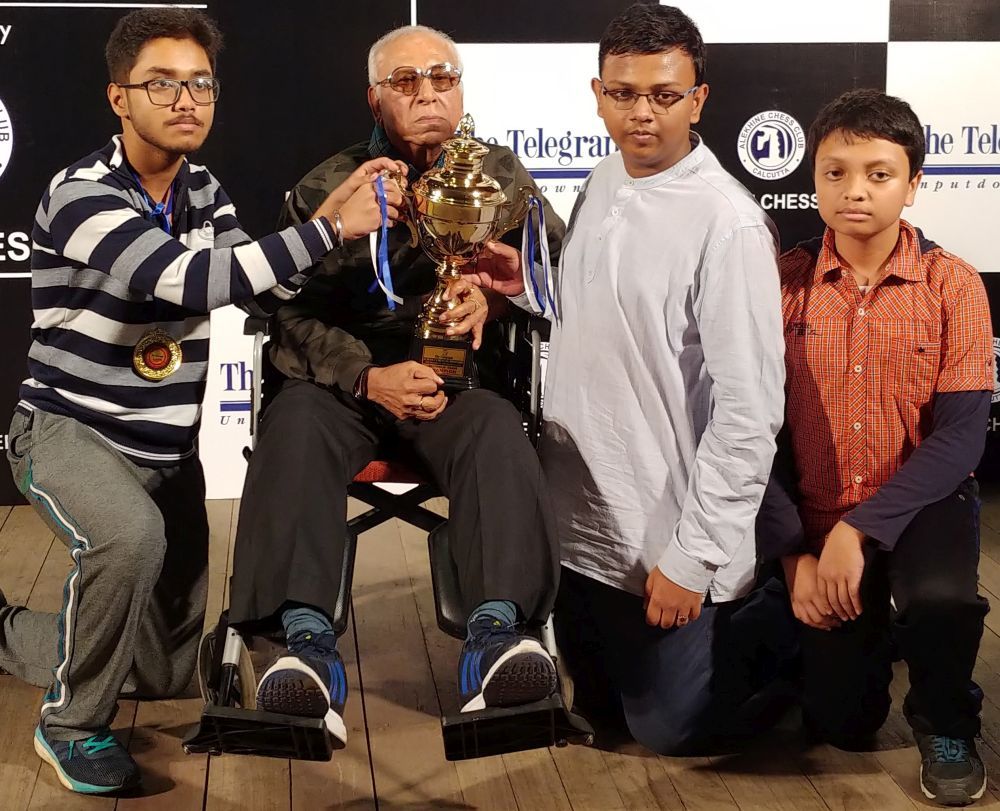 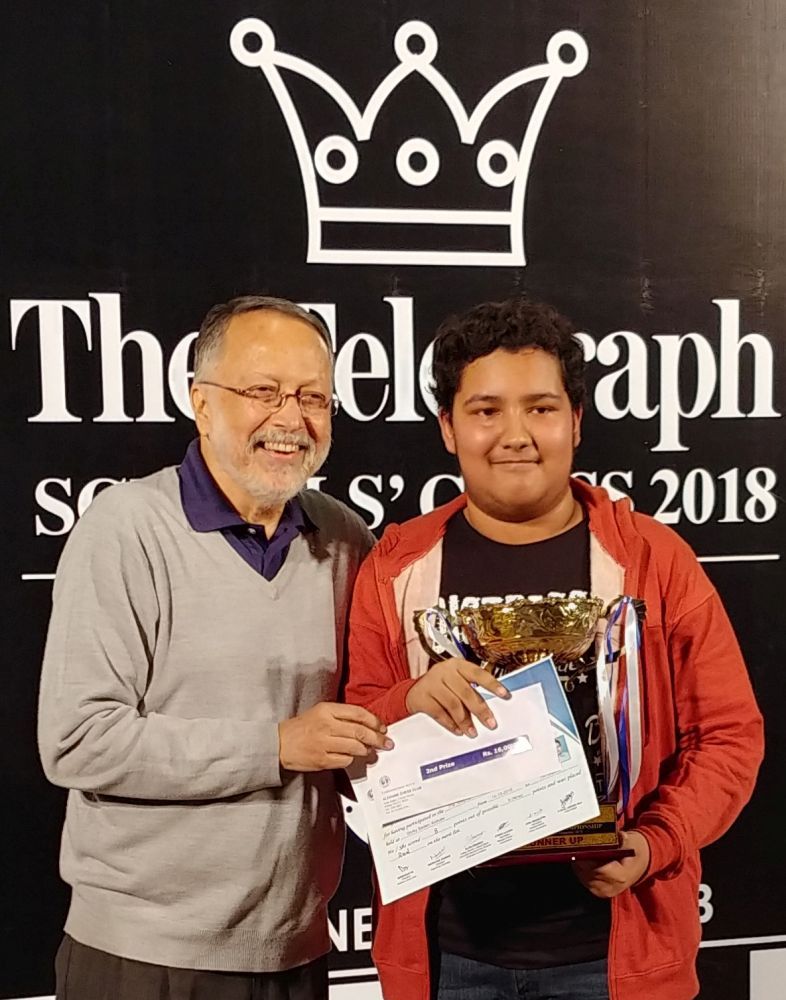 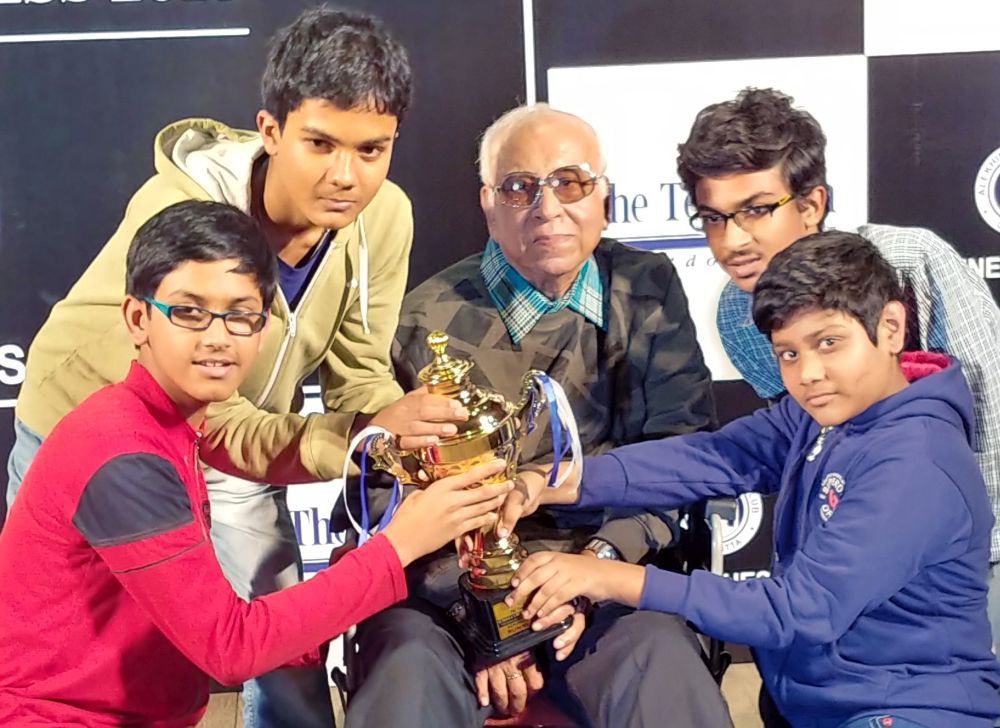 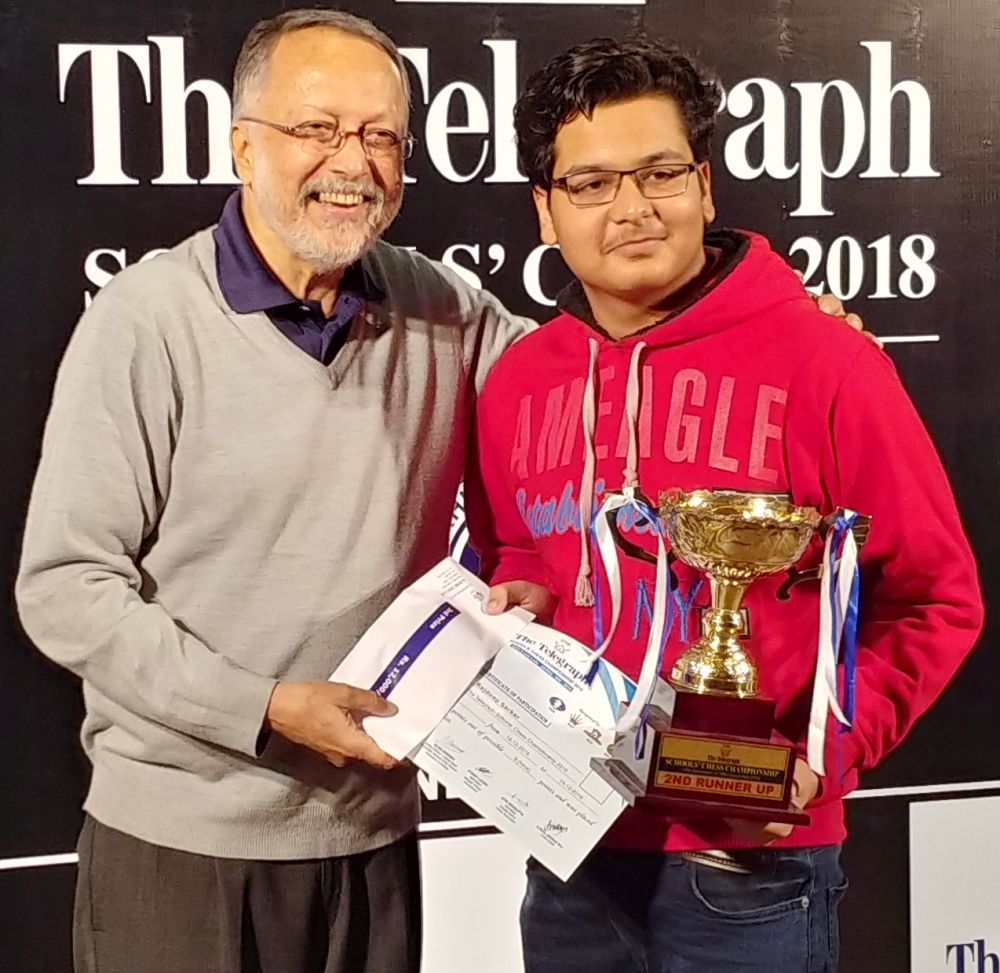 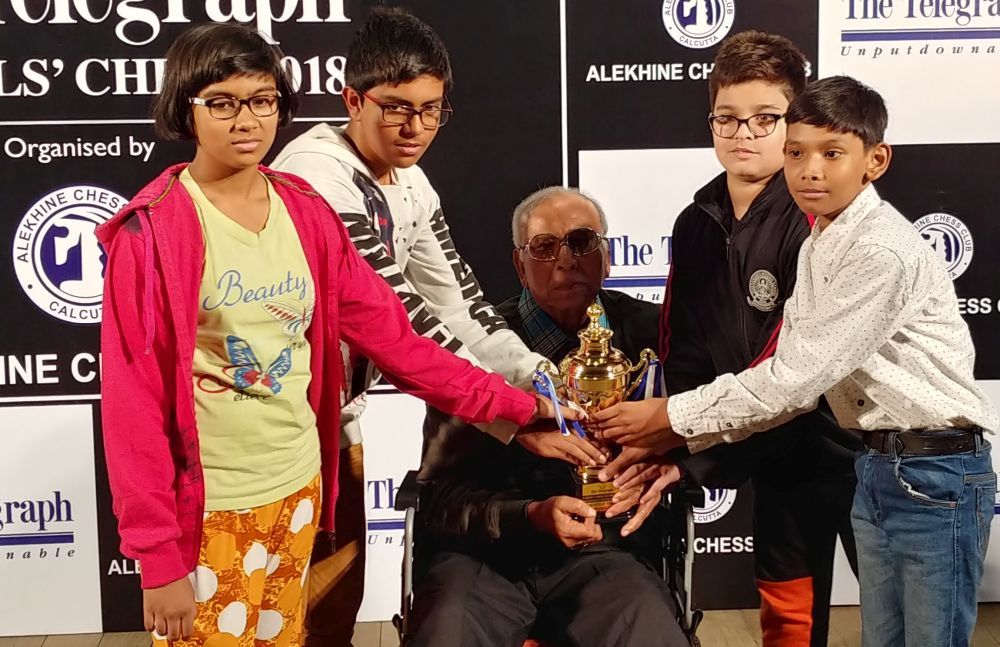 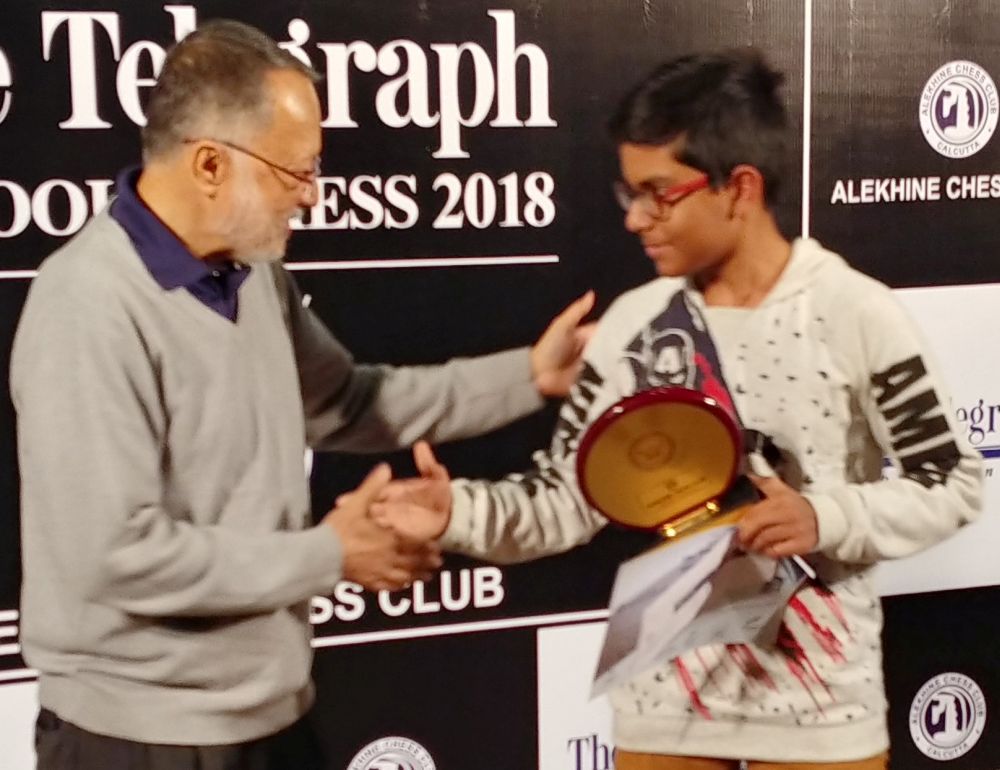 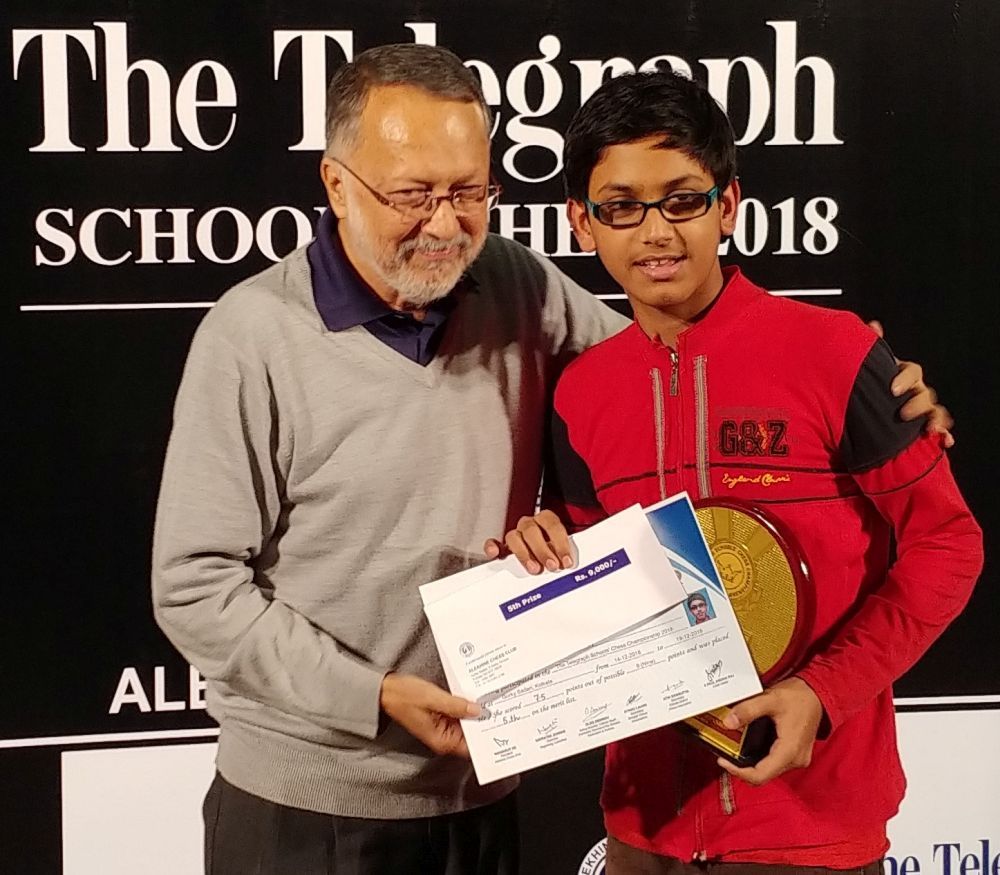 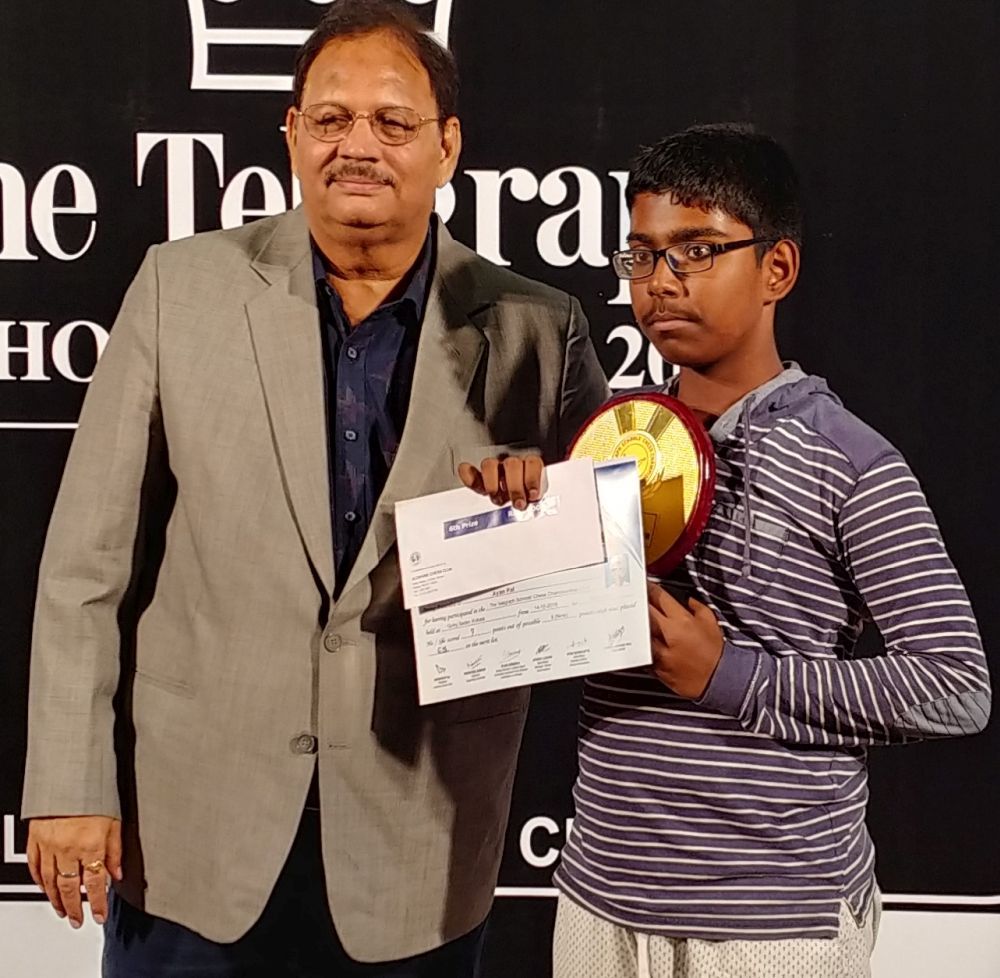 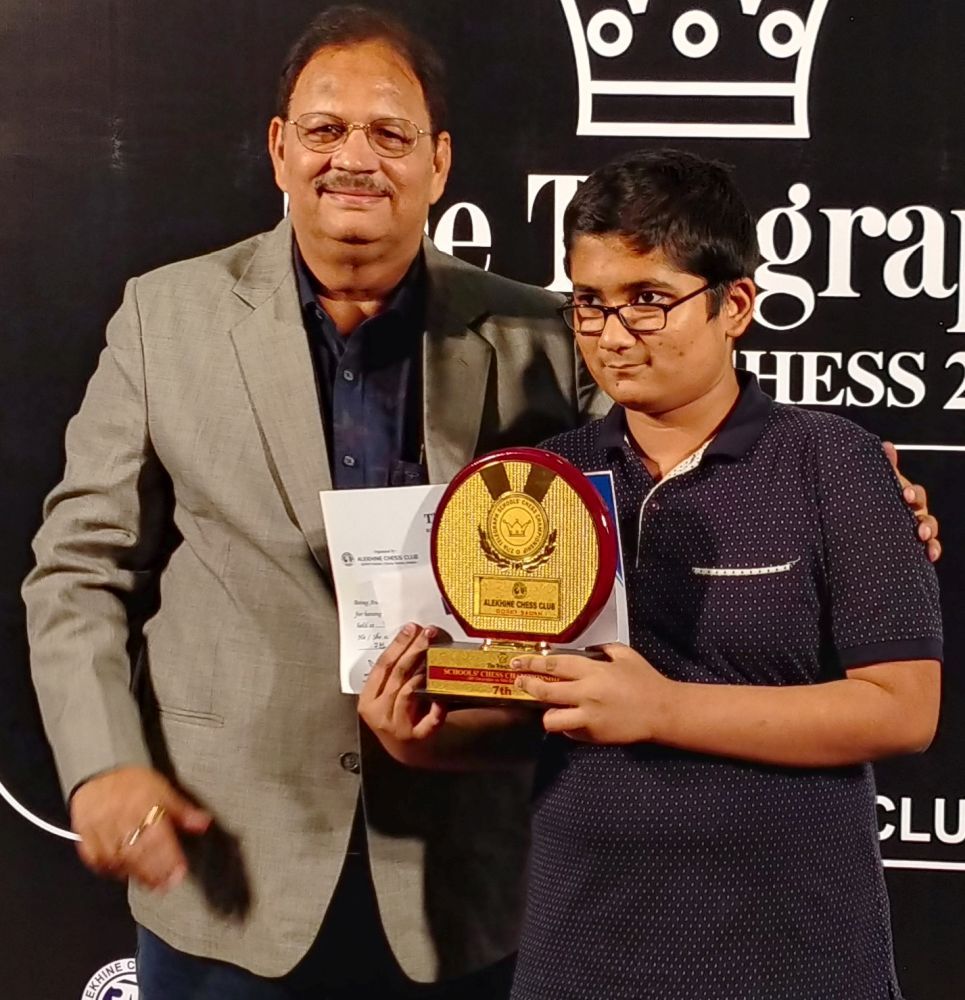 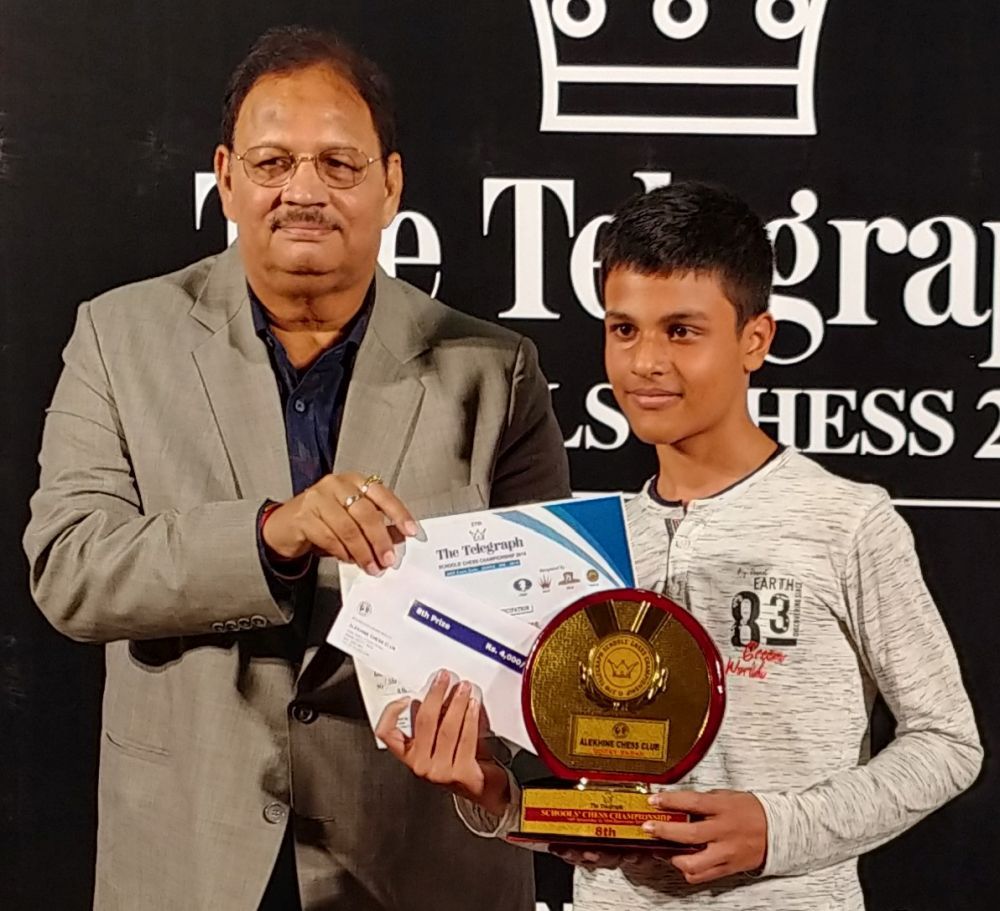 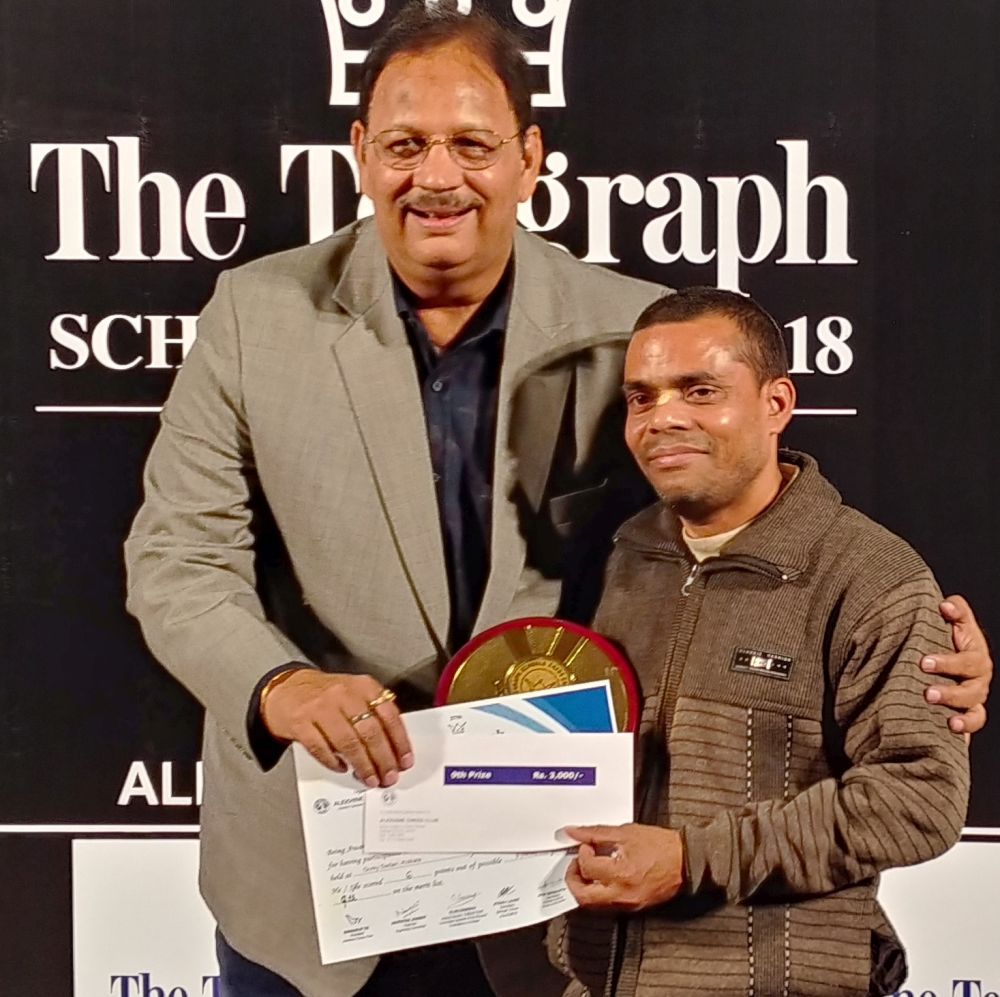 9th - Praloy Sahoo. His father received the prize worth ₹3000 cash and a memento on his son's behalf | Photo: Shahid Ahmed 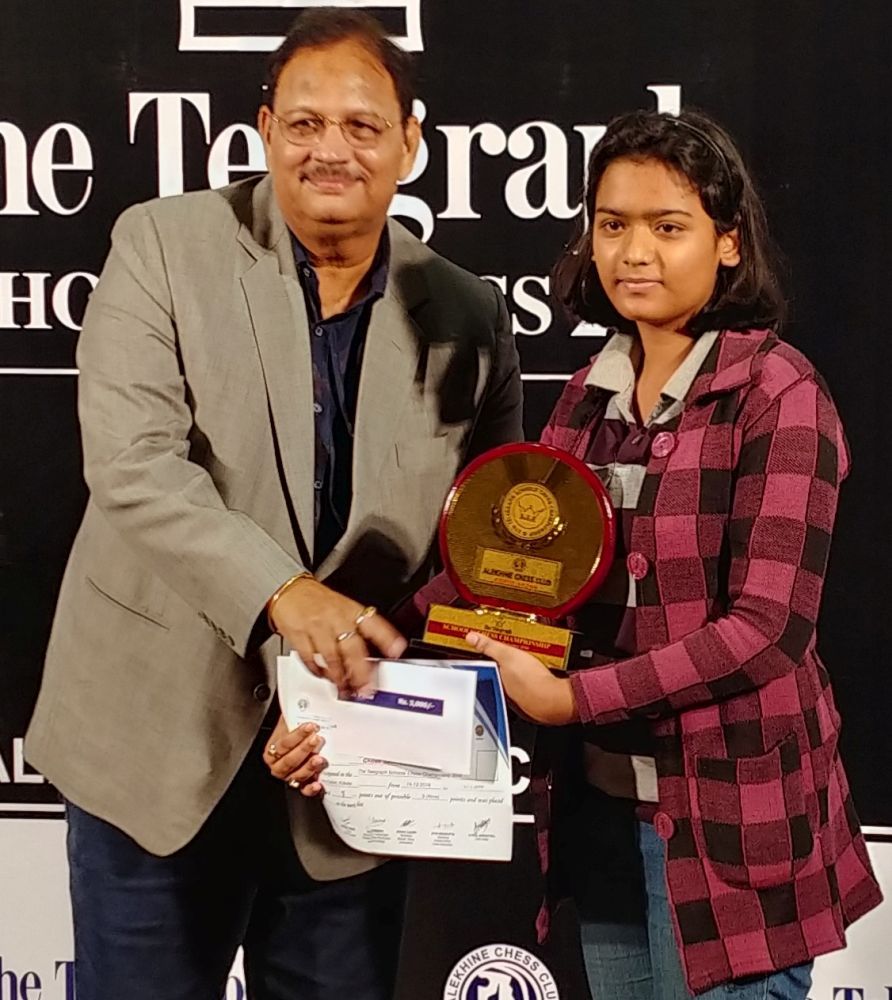 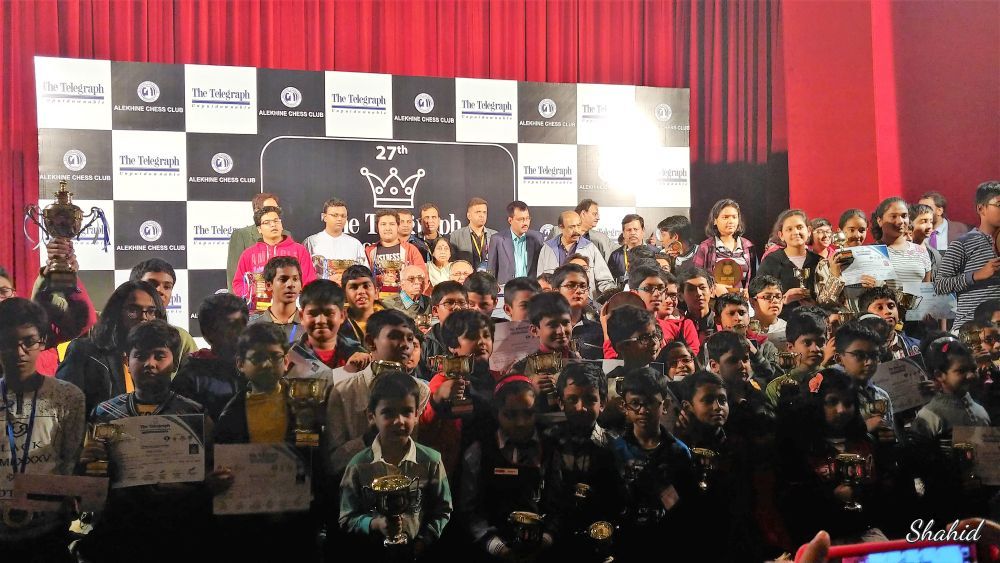 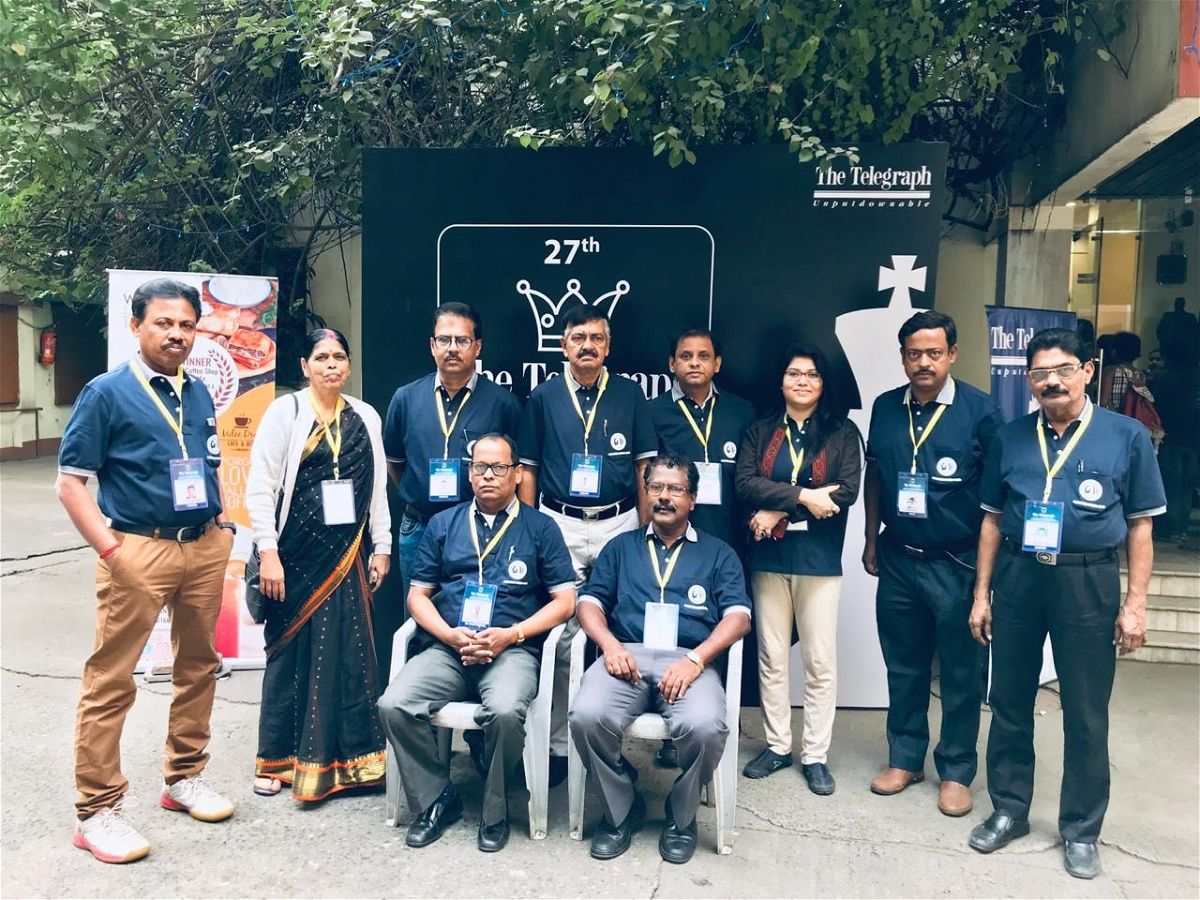 It was absolutely shocking and saddening to the entire chess fraternity when we all learnt that Tapas Chakraborty (standing between Deputy and Chief Arbiter) passed away due to massive heart attack while returning from the his tournament duties. 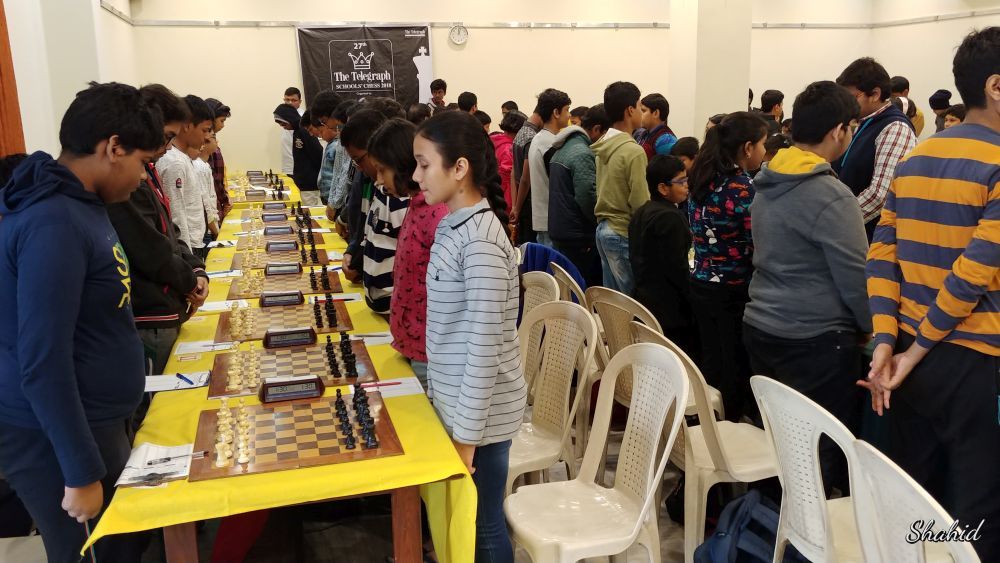 A minute of silence was observed before the commencement of final round to pay respects to Late Tapas Chakraborty | Photo: Shahid Ahmed 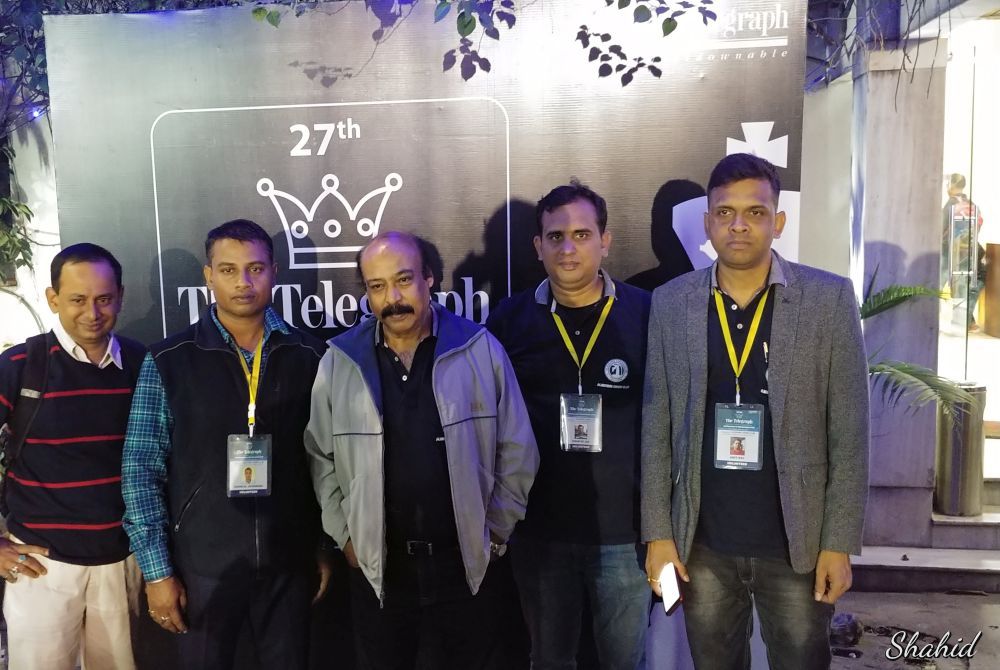 Tournament Director Soumen Mazumder (center) along with the volunteers who are none other than the proud parents of the participants who devoted their valuable time for the Club and for the love of Chess | Photo: Shahid Ahmed 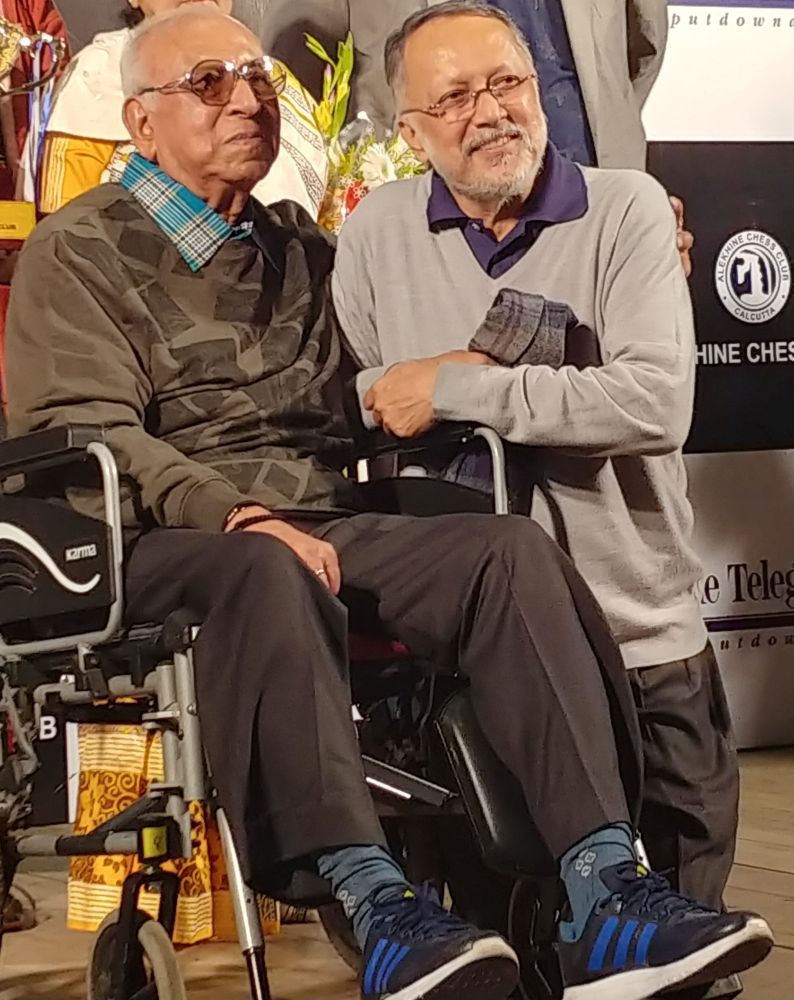 The tournament was organized by Alekhine Chess Club in Gorky Sadan - Russian Centre of Science and Culture in Kolkata from 14th to 19th December 2018. The tournament witnessed over 425 players from Bangladesh, Nepal, Philippines and India. Former Bengal Cricket Team Captain and Selector Raju Mukherjee and former Indian Footballer and Coach, Legendary PK Banerjee were the Chief Guests for the Prize Distribution Ceremony along with President of Alekhine Chess Club - Biswarup Dey and Chairman of the Organizing Committee - Navratan Jhawar.