In the third leg of the Catalan circuit, the 20th Sant Marti International Chess Open, the top seed of the tournament, Gadir Guseinov from Azerbaijan clinched the title with a score of 7.5/9. This was his second straight title in the Catalan circuit after the Barbera Open and nobody seems to be in a place to challenge his dominance in the circuit as of now. 19-year-old Peruvian GM Alcantara Martinez took second place with a score of 7.0/9. IM Luiz Lazaro from Cuba had scored the same as Martinez but was placed third due to an inferior tiebreak. In the fourth place was India's Mitrabha Guha who scored 6.5 points and also made his maiden Grandmaster norm. Among other Indians in the fray, Nilesh Saha scored an International Master norm and, with a score of 6.0/9, was placed 11th in the final standings. With another strong performance, the Indian contingent kept up their stronghold in Spain. 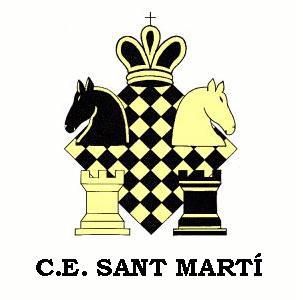 Like Saha, Saurabh Anand, P Iniyan and Soham Das also finished with a score of 6.0/9 but as per tiebreaks they were placed 17th, 18th and 20th in the final standings. The event had attracted 118 players from 24 countries among whom 49 were titled. 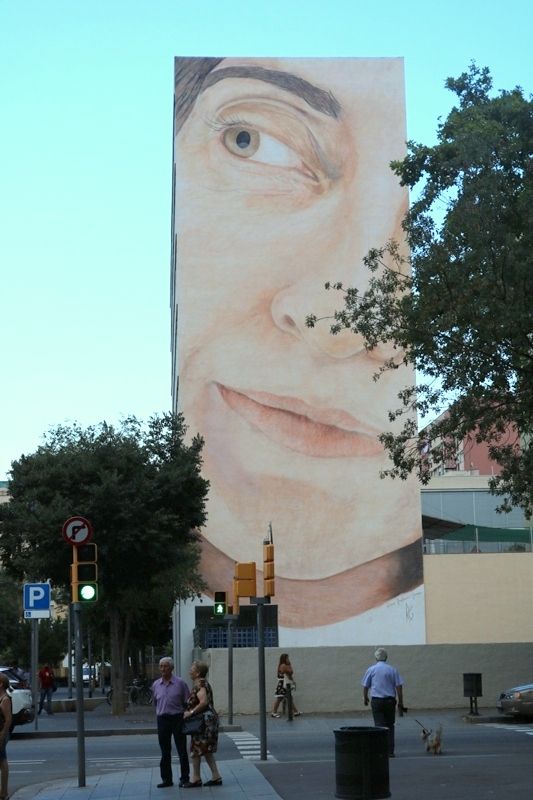 The Sant Marti International is been organised at the same venue -- the "civic centre" -- since the last two decades! | Photo: Niklesh Jain 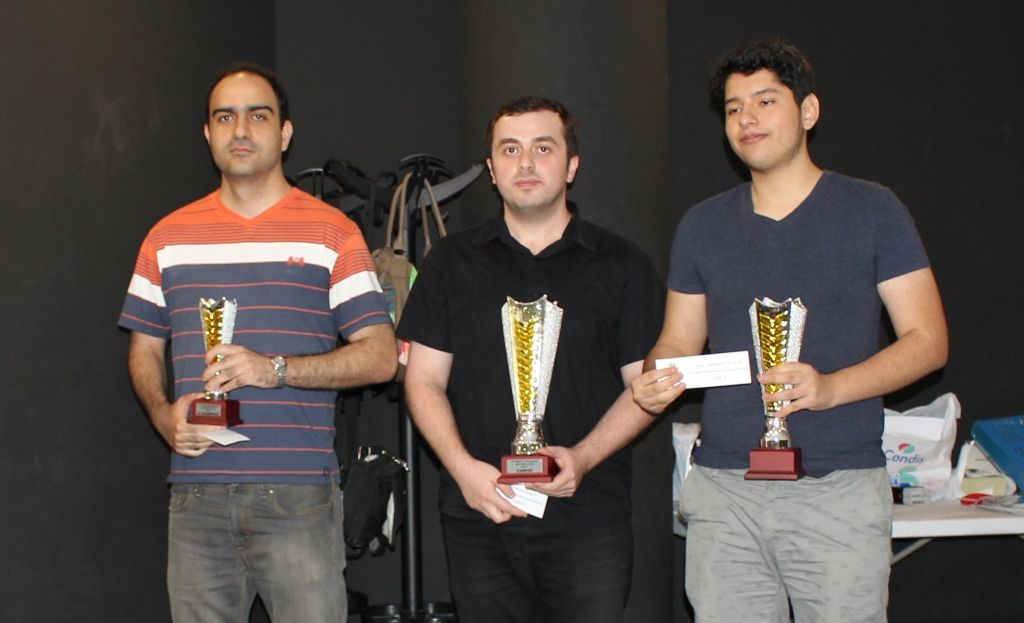 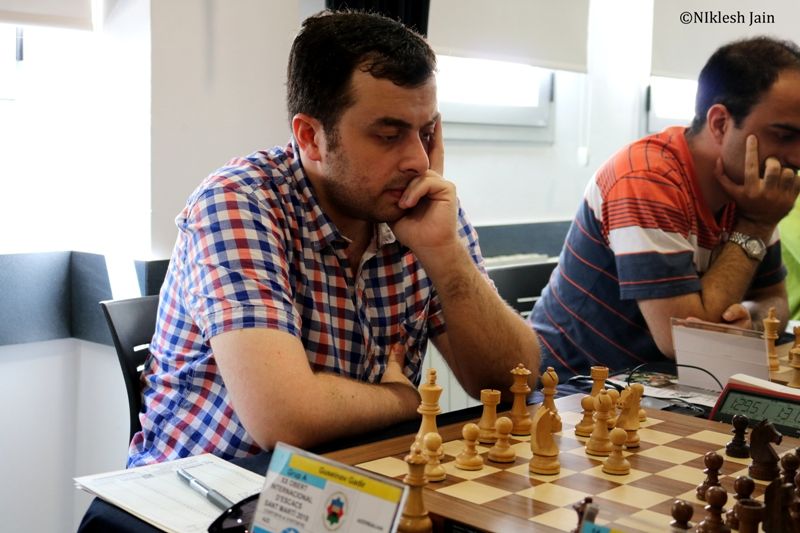 An "MVP' of Azerbaijan's national chess team, Gadir Guseinov scored his second straight title in the Catalan circuit in Sant Marti after his success at Barbera. And this time around, he seemed to be in an even better form.
Gadir spoke to ChessBase India after his lifting the champion's trophy in Sant Marti 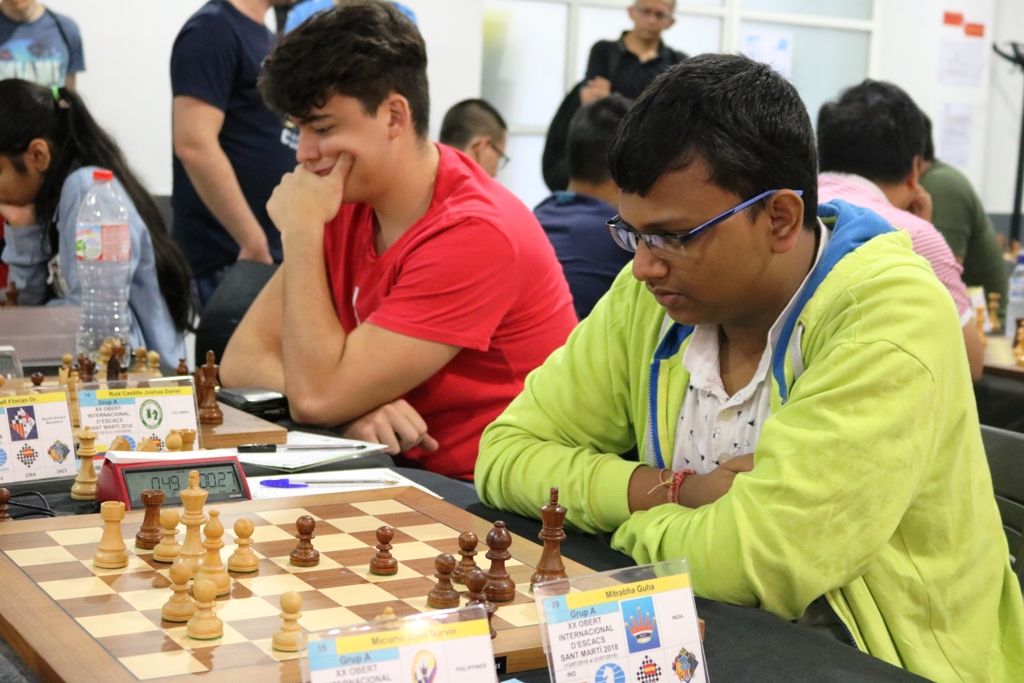 The young and promising Mitrabha Guha made his country proud with his fantastic performance. Scoring 6.5/9, Mitrabha finished fourth and also earned his first Grandmaster norm! Mitrabha finished with an impressive rating performance of 2573. His sixth round game against GM Krysa Leandro was especially worth noting 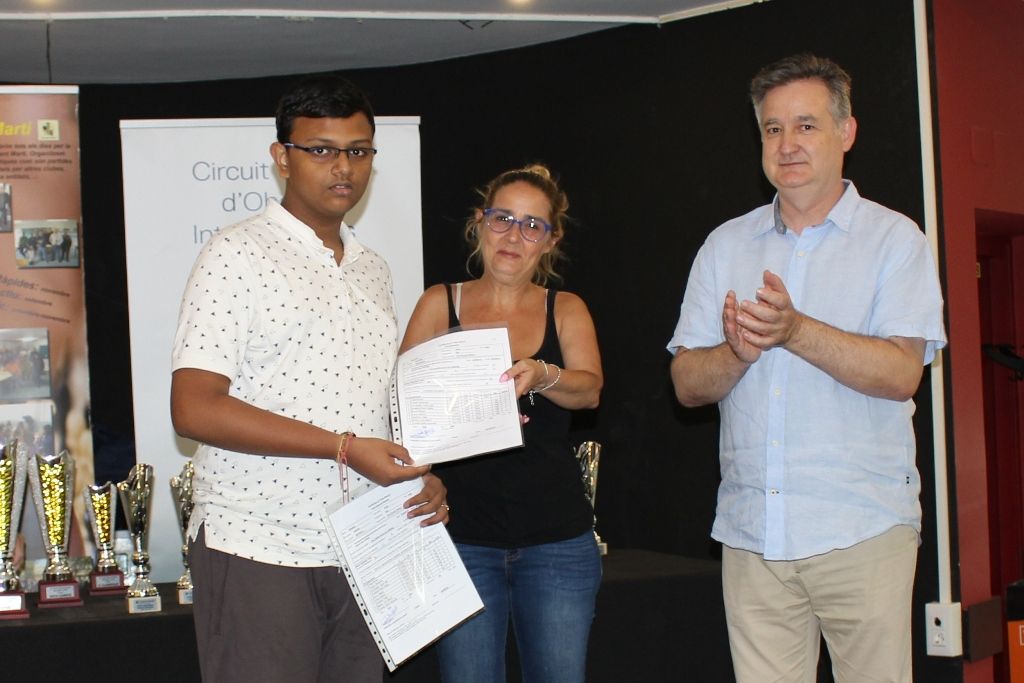 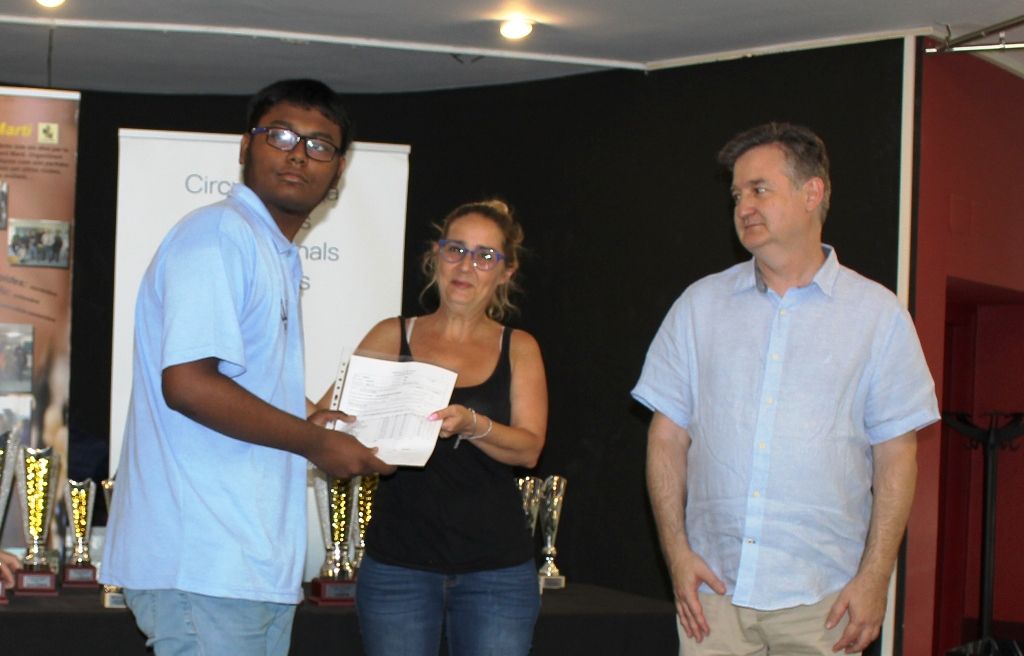 Nilesh Saha was another norm scorer from India. He scored his second International Master norm. 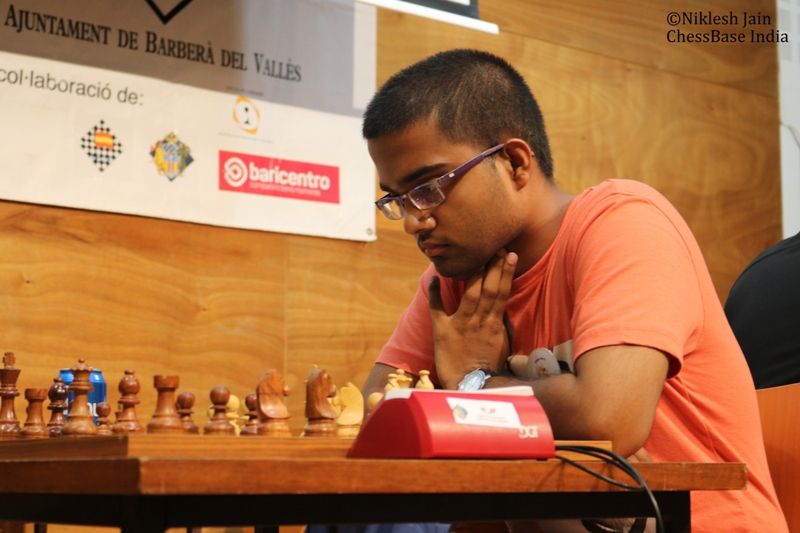 P Iniyan had a tough time in Sant Marti. But despite a very bad start, the teenager from Erode managed to score a respectable 6.0/9 and finished 18th 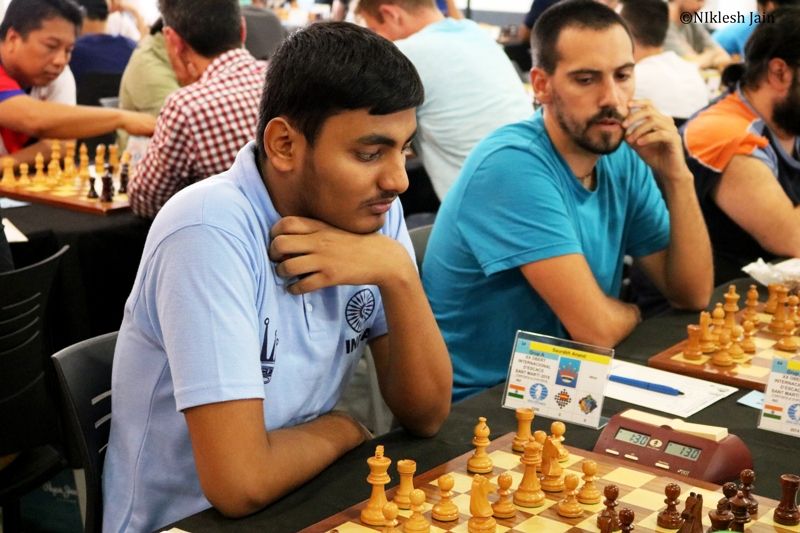 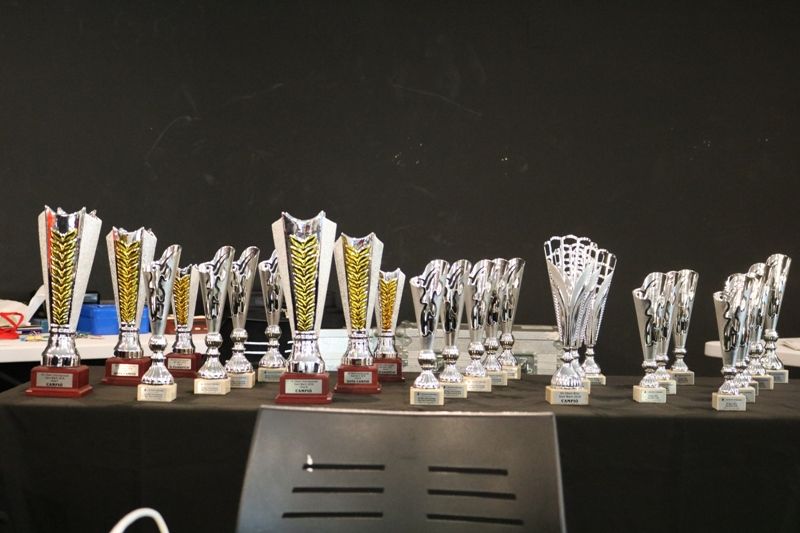 This was the 20th successful edition of the Sant Marti Open 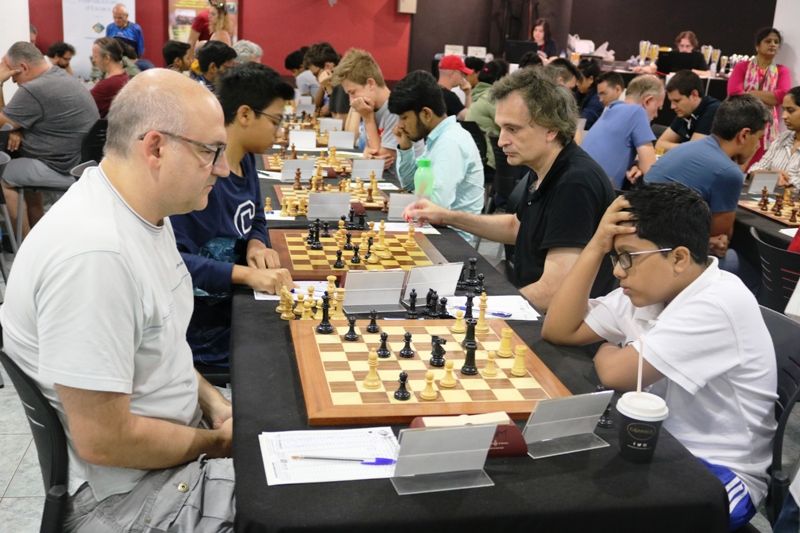 That's what happens when a true aficionado organises a chess tournament! Tournament organiser, Perez Evarist was also a participant in Sant Marti! 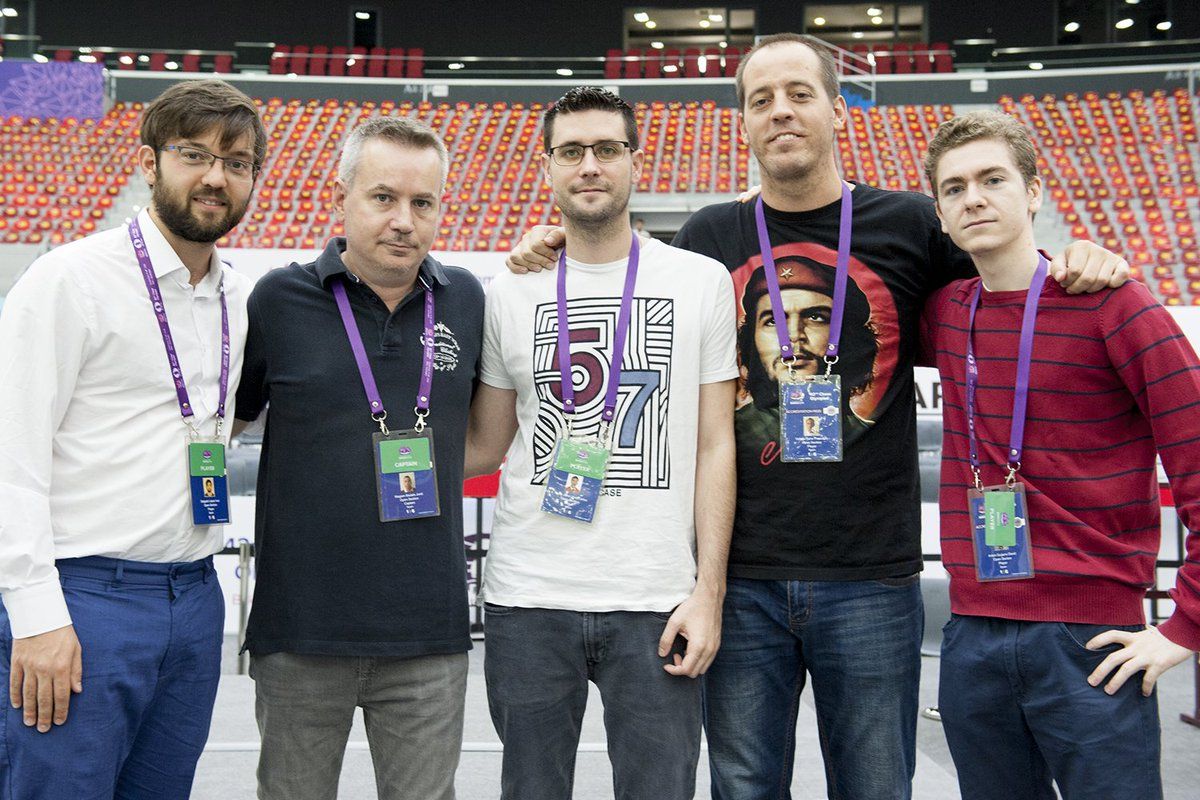 The technical head of the Catalan circuit, Jordi Magem spoke to ChessBase India at the conclusion of the event. Having been the coach of the creative genius Alexei Shirov at one point, Jordi is currently the captain of the Spanish Olympic team. In the interview, he talks about the Catalan circuit, the participation of Indians and his own visit to India during the FIDE world cup.


Translation from Hindi by Aditya Pai