Former National Sub-Junior and Commonwealth under 14 Gold medalist, FM Mitrabha Guha remained undefeated and won the 2nd edition of Queen's Gambit Rapid Chess Tournament 2018, organized by chesspert.com in association with SLOBA, held in St. Lawrence High School, Kolkata on 20th and 21st January 2018. Mitrabha finished ahead of two IMs and a WGM. He finished at 3rd position last year in the inaugural edition of the tournament. Top seed of the event IM Sayantan Das finished at 6th position. The tournament was inaugurated by India's elite GM Surya Sekhar Ganguly and the Chief Guest of the Closing Ceremony was West Bengal's first and India's second GM Dibyendu Barua. The report contains photos, videos and interviews taken by Shahid Ahmed who was present at the venue and also one of the organizers.

FM Mitrabha Guha was leading by half a point going into the final round of the tournament. So he decided not to take an unnecessary risk in the last round and made a quick draw with reigning West Bengal State Champion and eventual runner-up of the tournament, Neelash Saha. Mitrabha finished the tournament with 8/9 and clinched the championship. 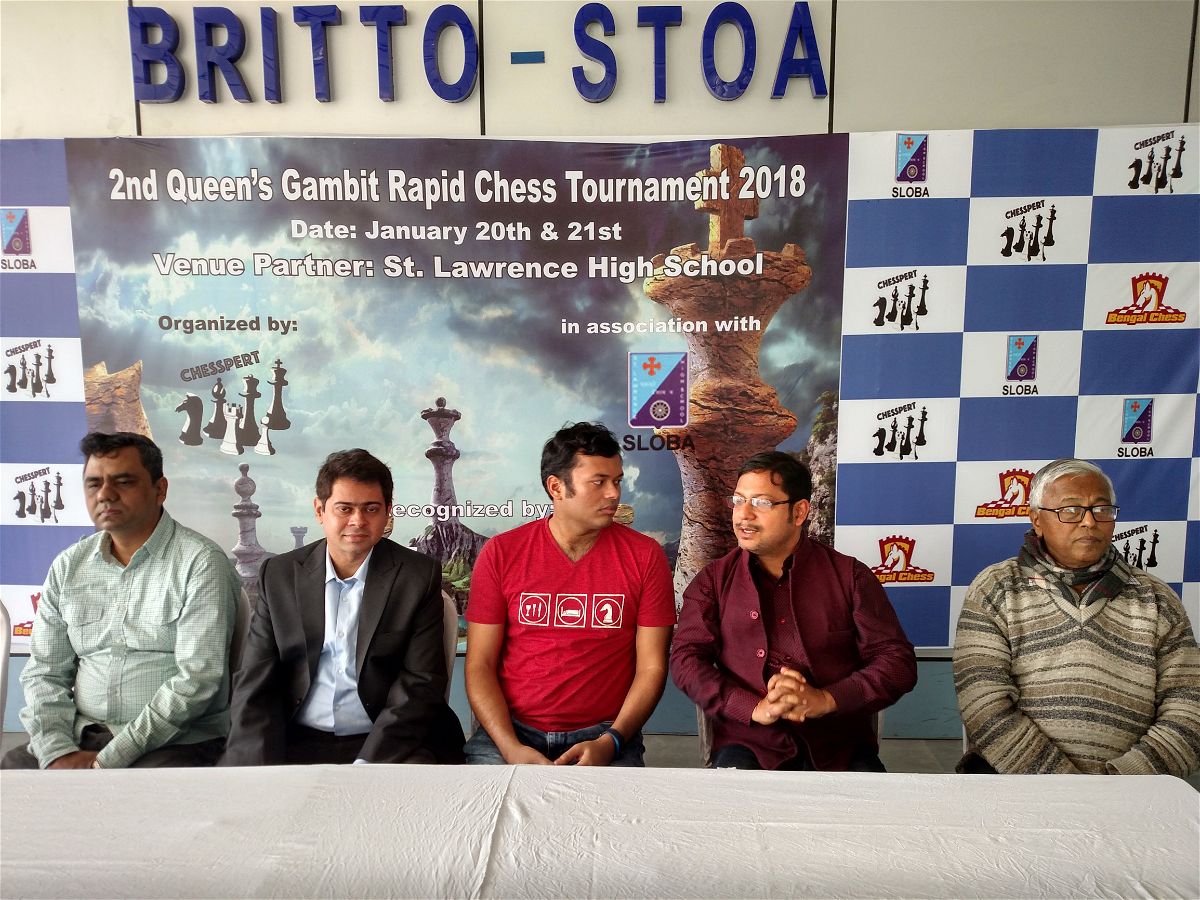 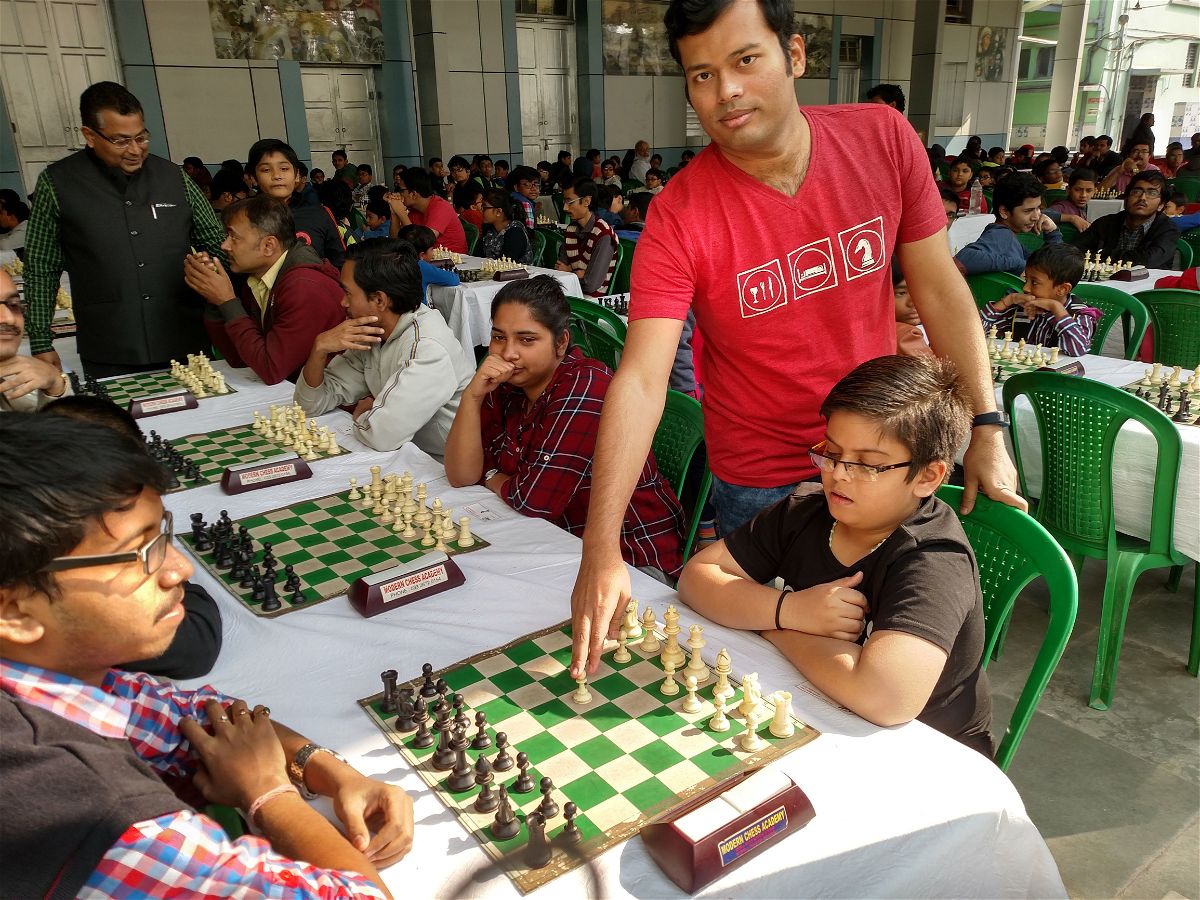 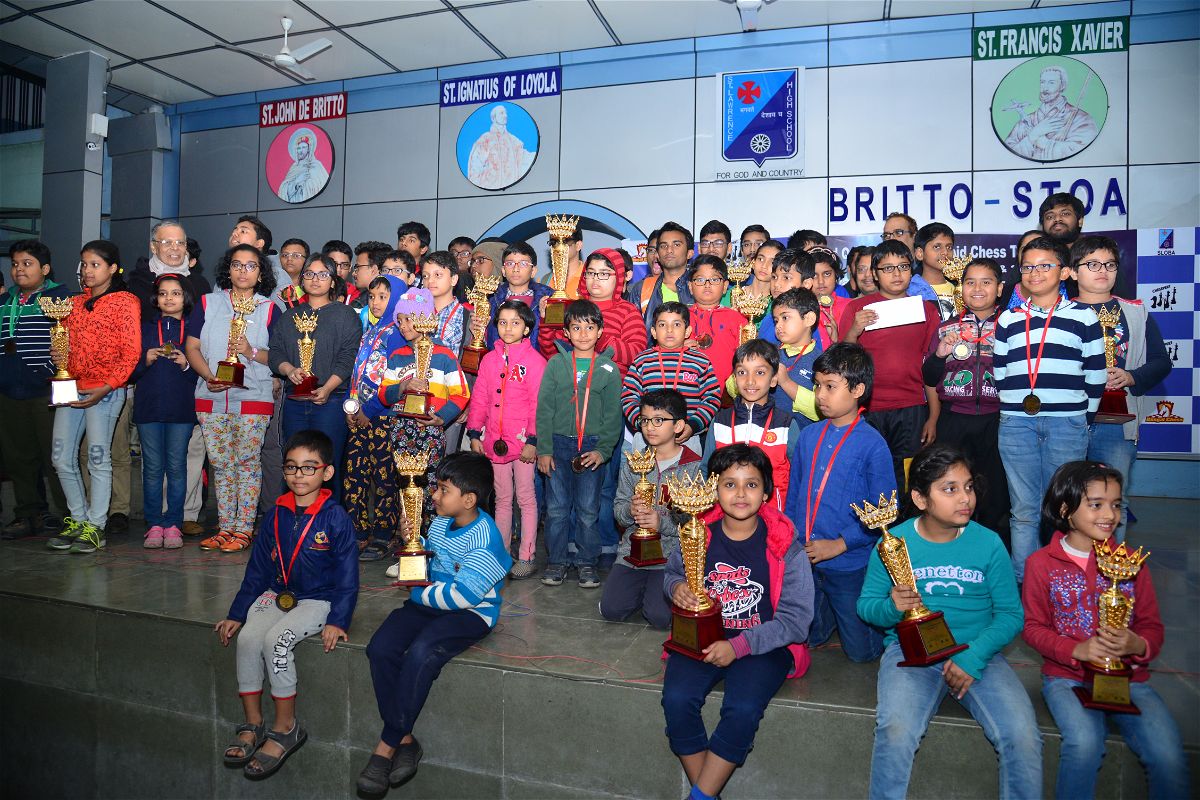 All prize winners of the tournament 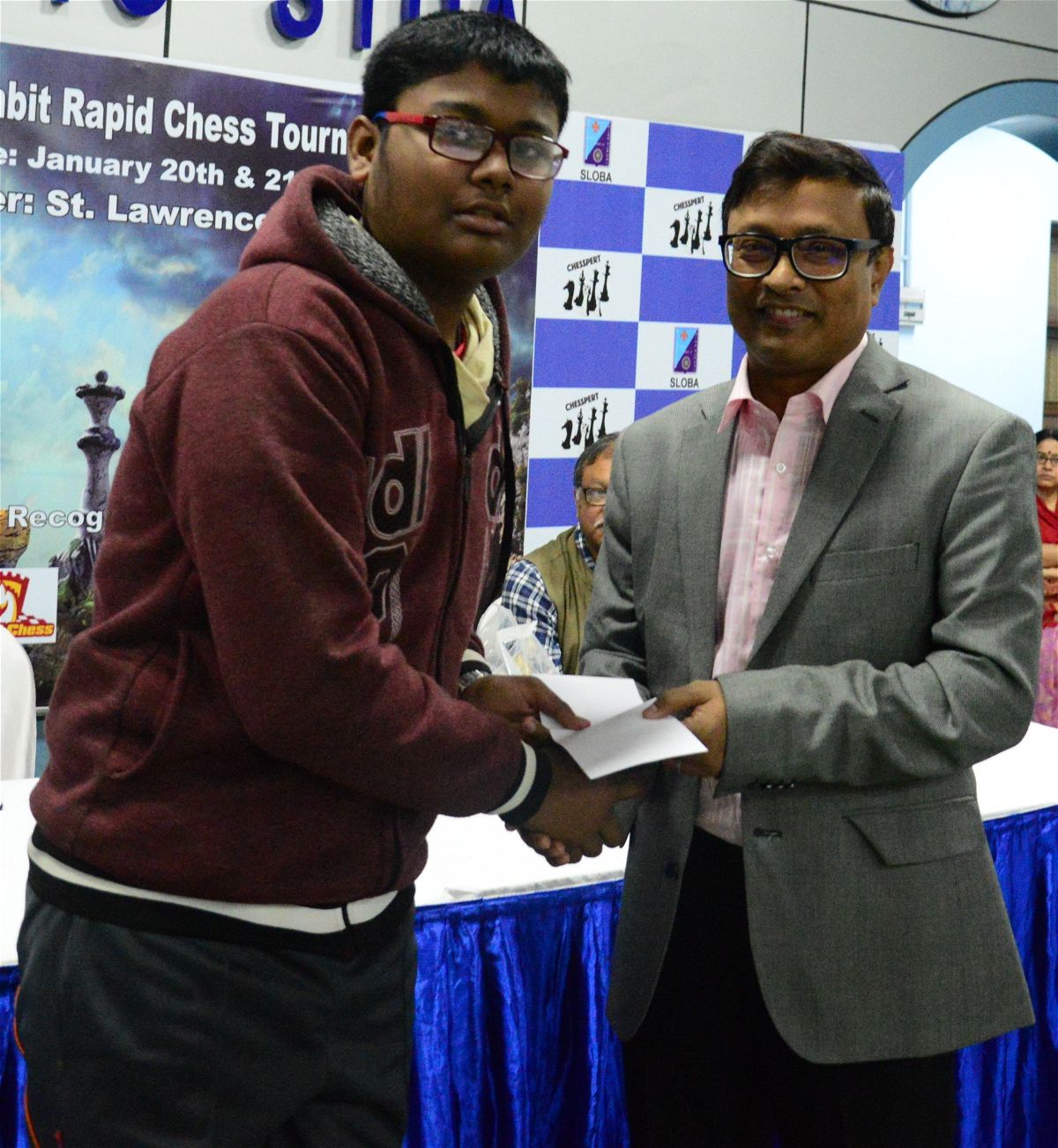 Neelash Saha scored 7.5 points and due to a better tie-break score, he secured 2nd position and received ₹10000 cash 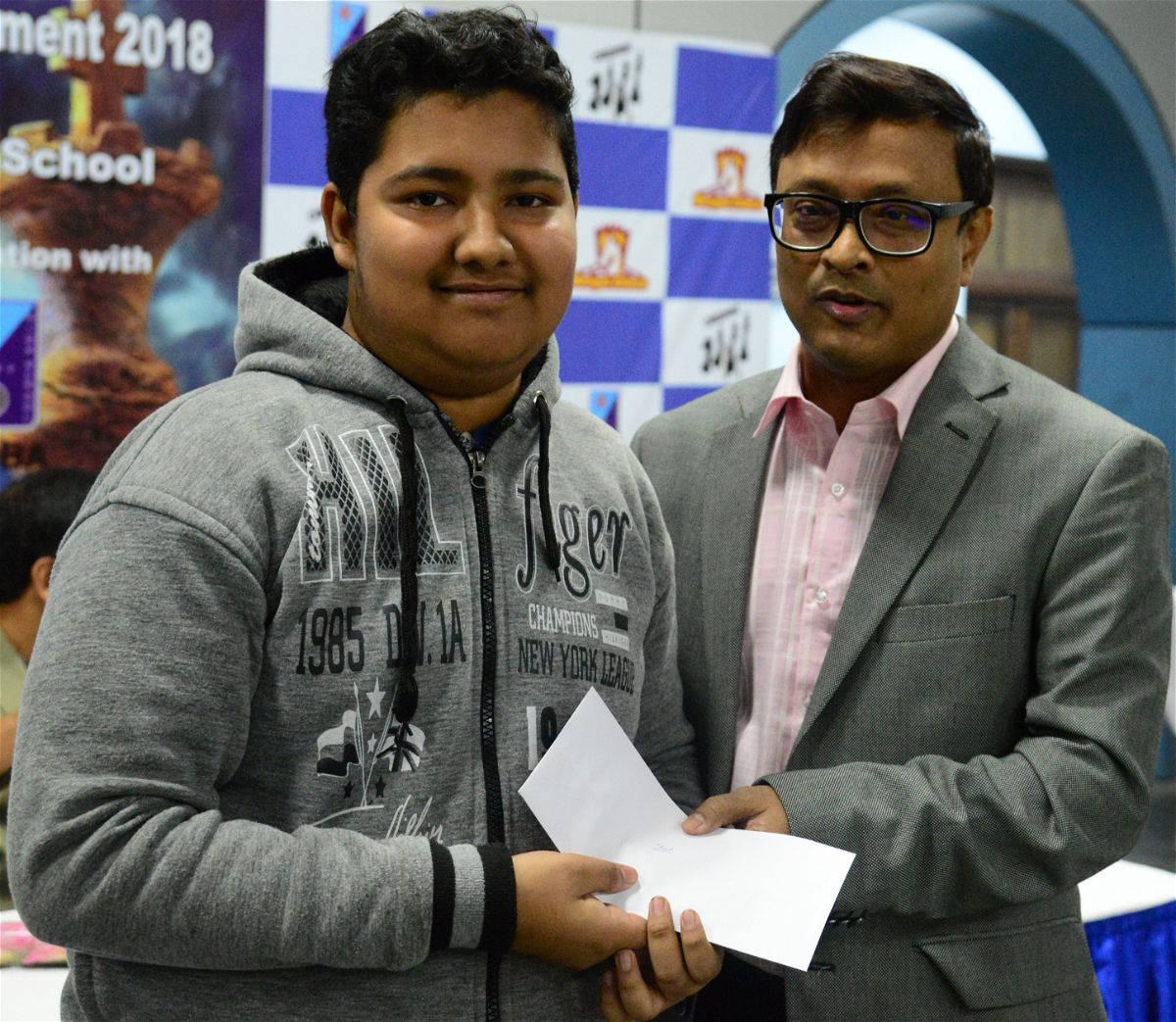 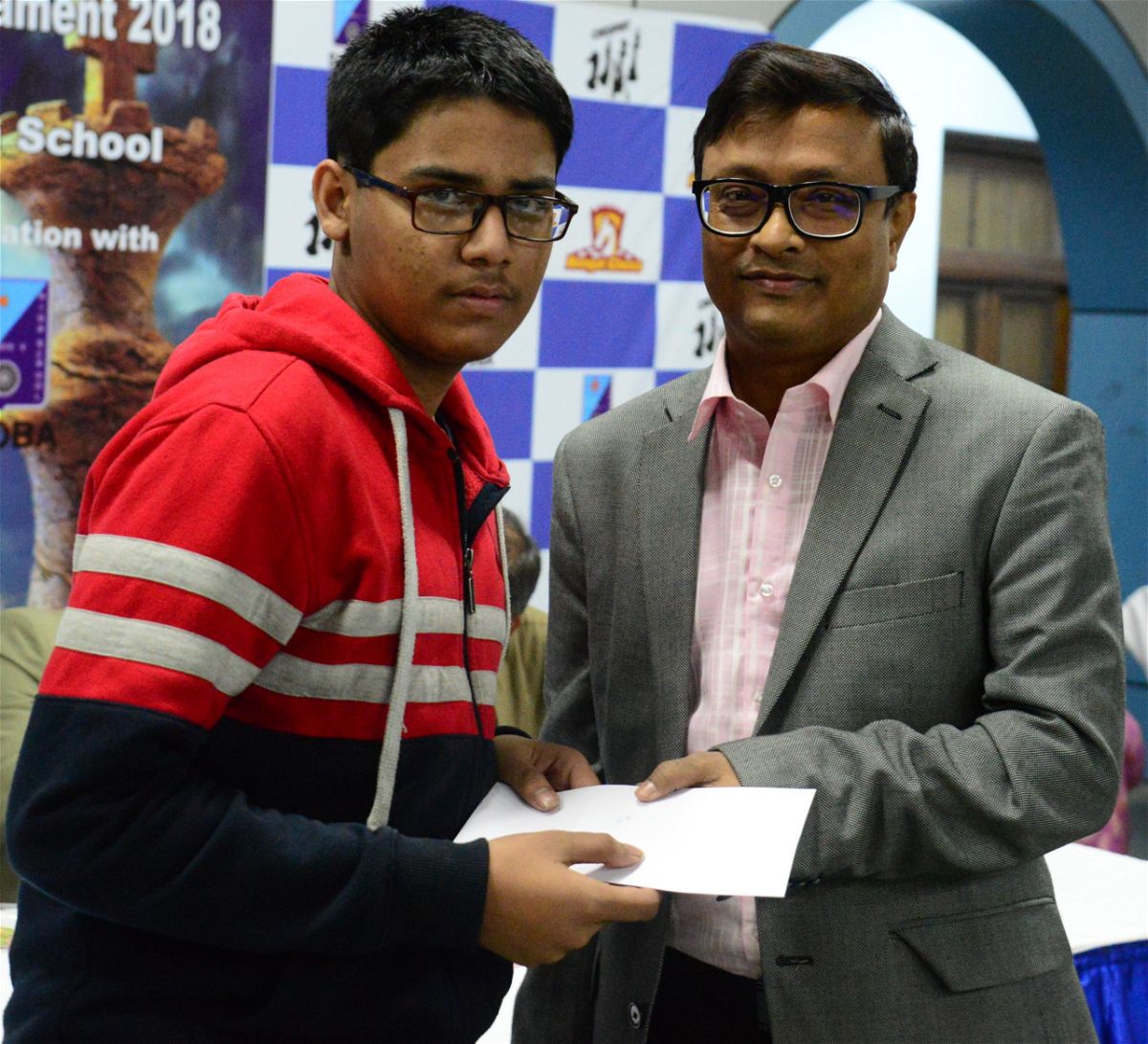 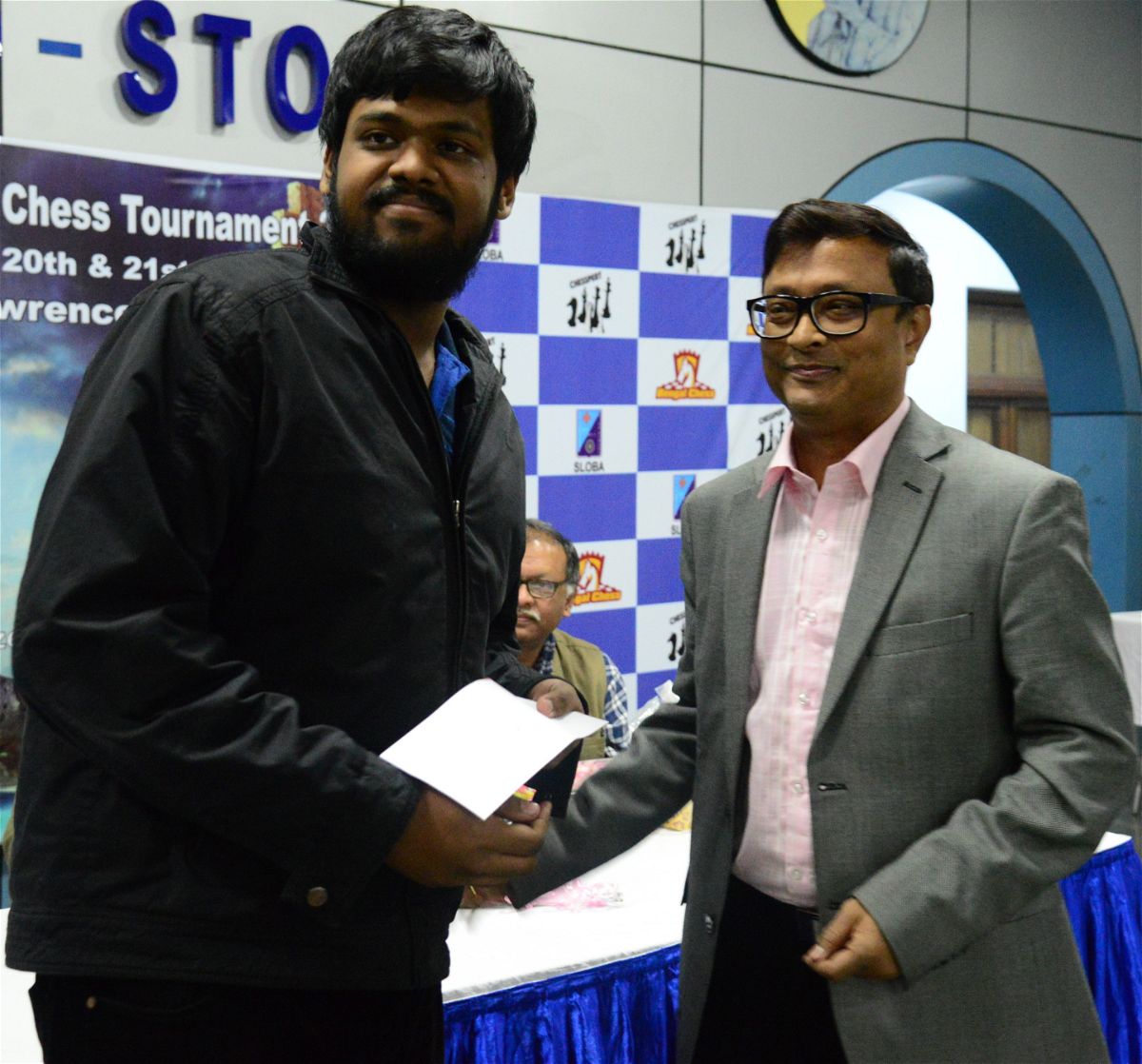 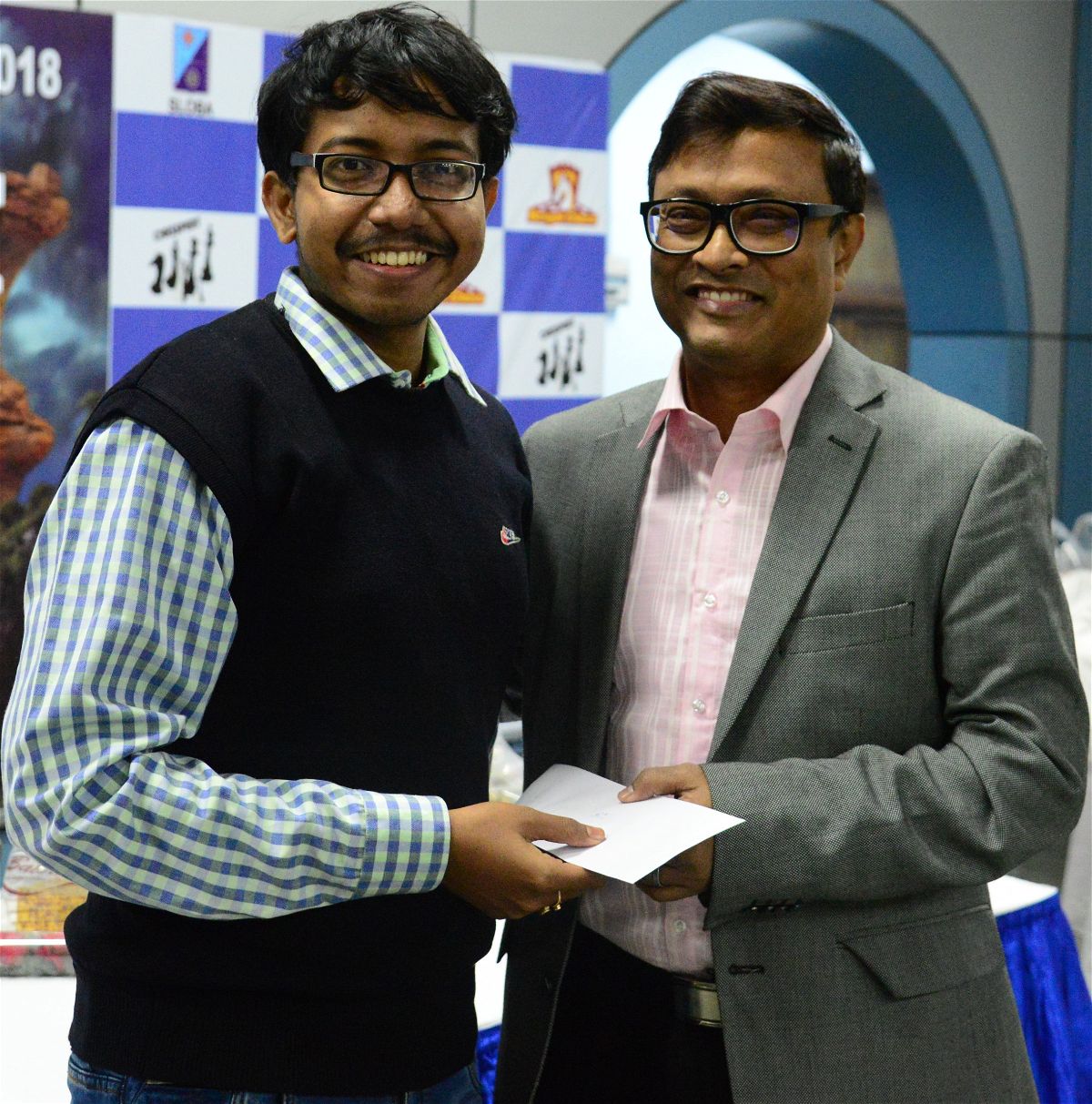 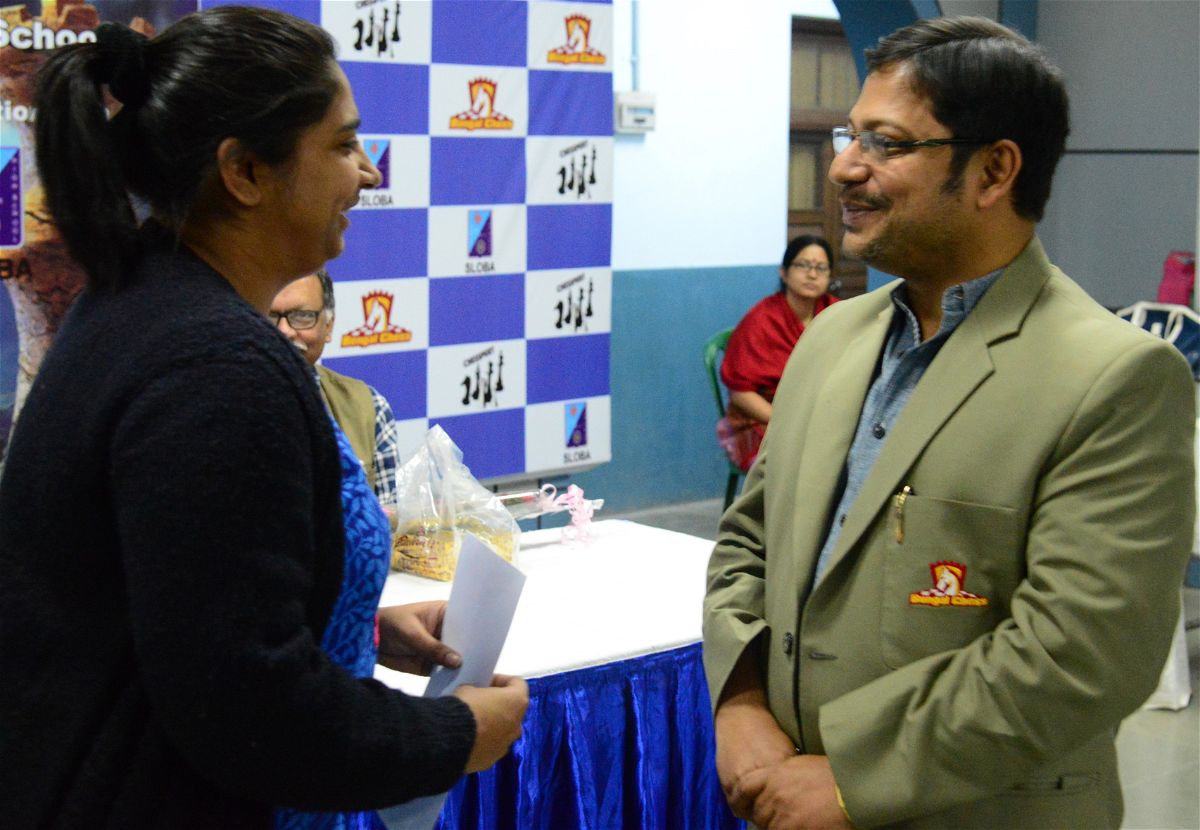 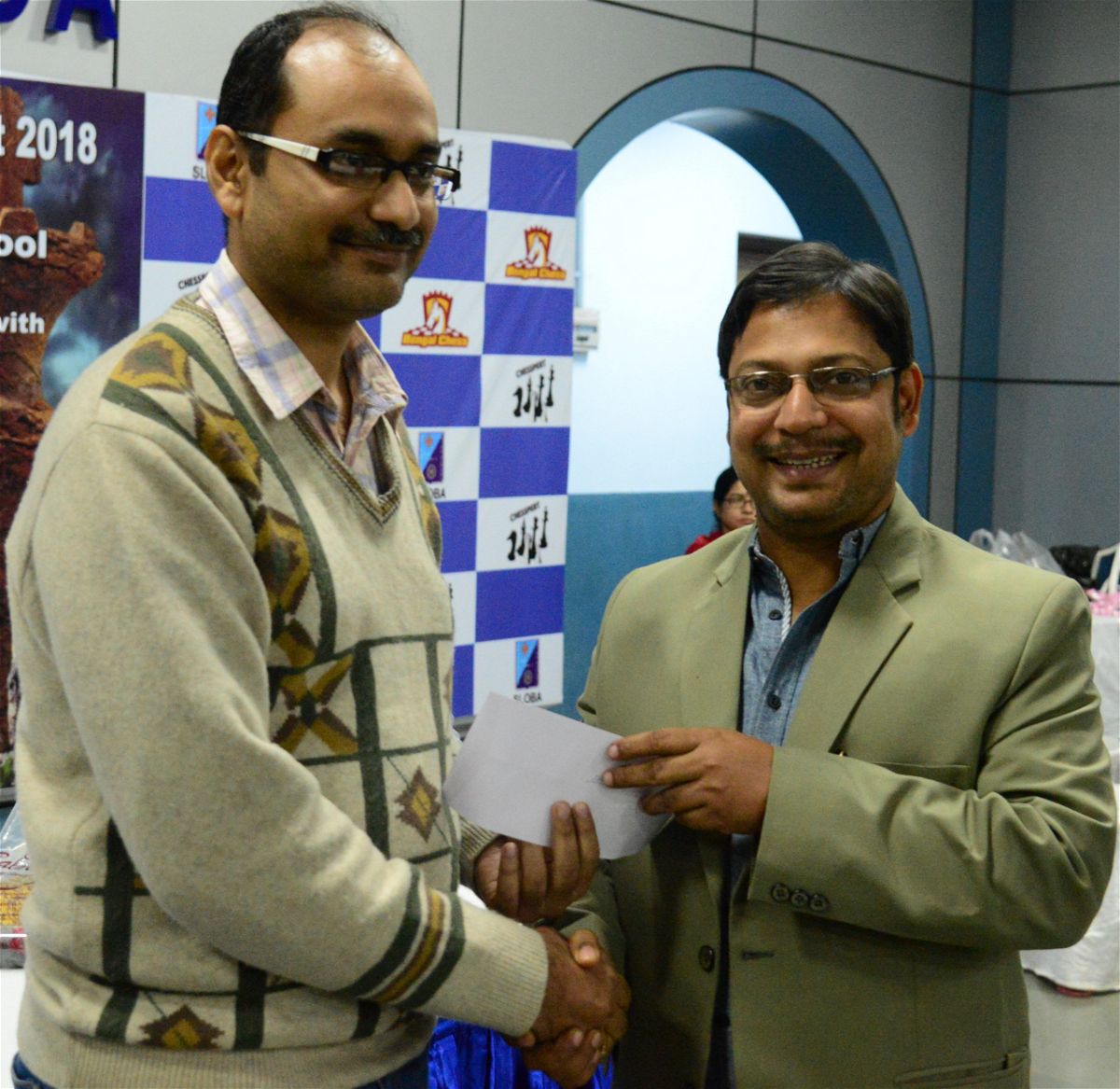 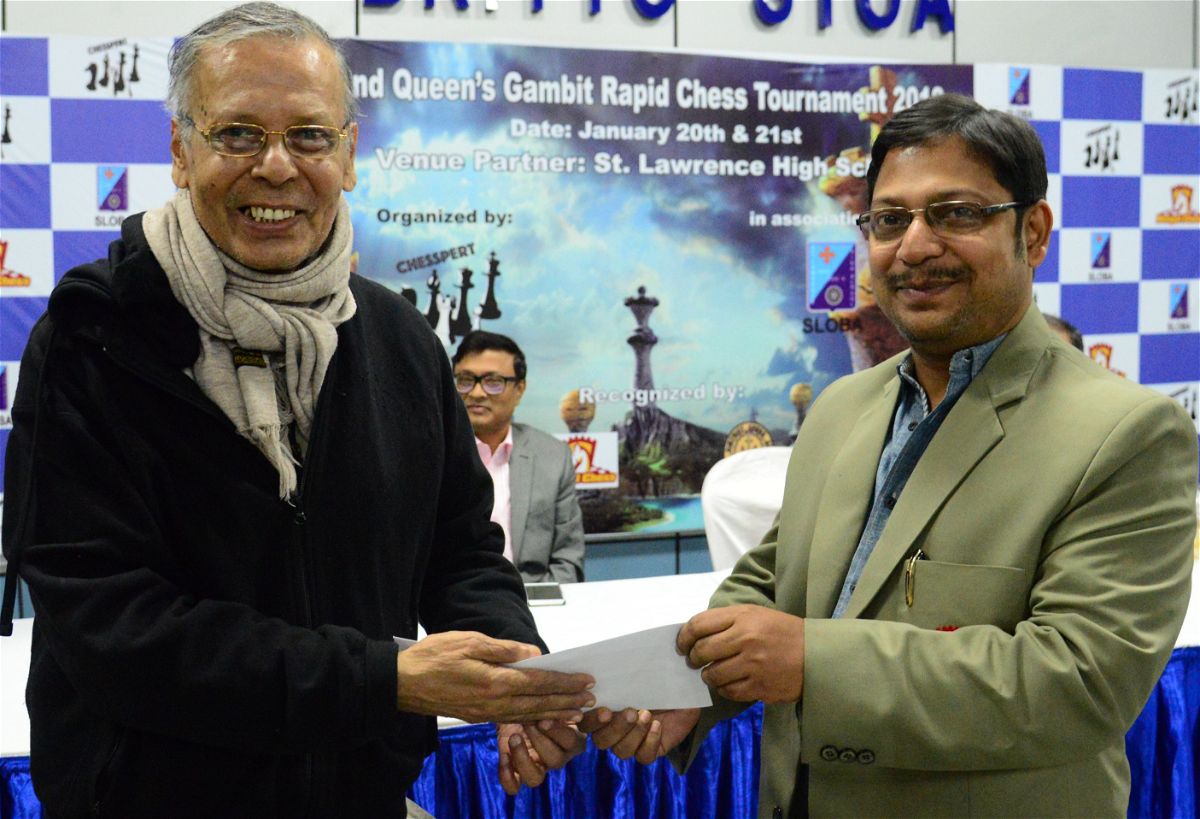 68-year old, Pradip Bhowmick scored 5.5/9 and was declared as the Best Veteran of the tournament 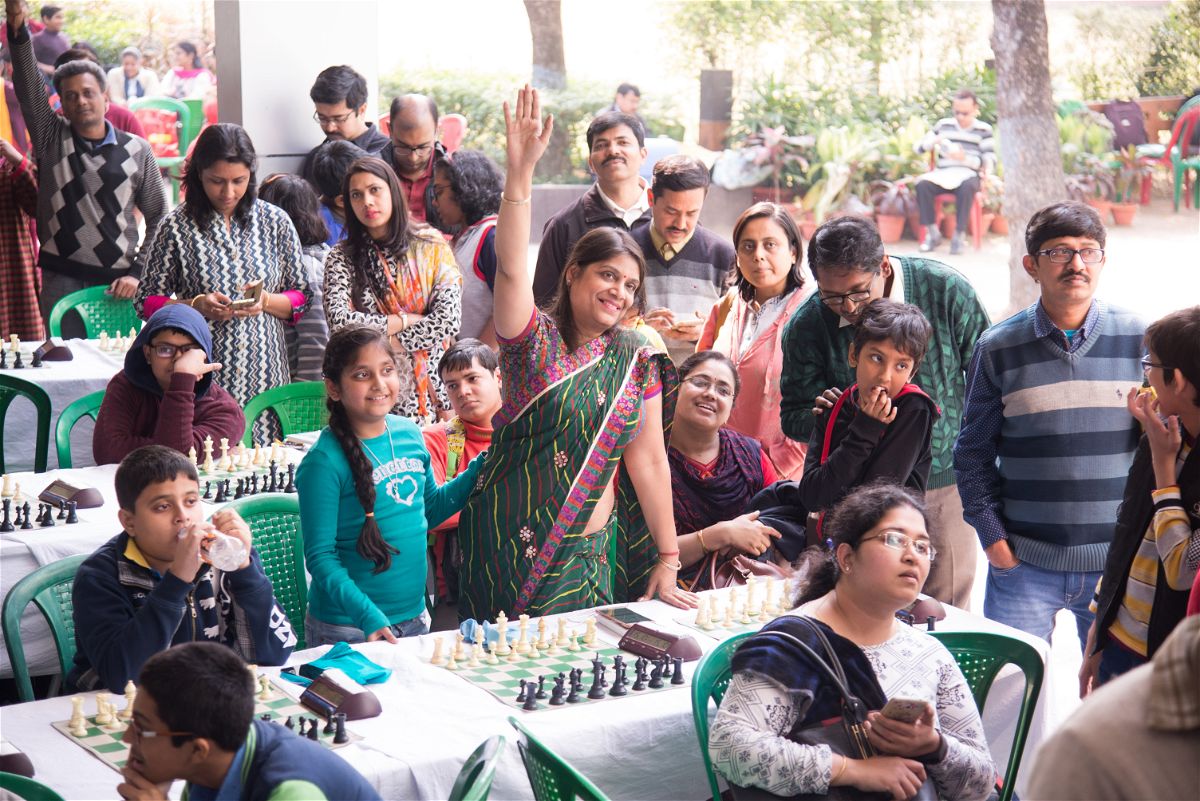 Quiz contest was conducted for all parents and accompanying persons

The twist was, players were not allowed to participate in this quiz, however they were allowed to tell the answers to their guardians and they are allowed to google to find the answer if they did not know the correct one. Prizes were books, coffee mugs and ChessBase India shop discount voucher. 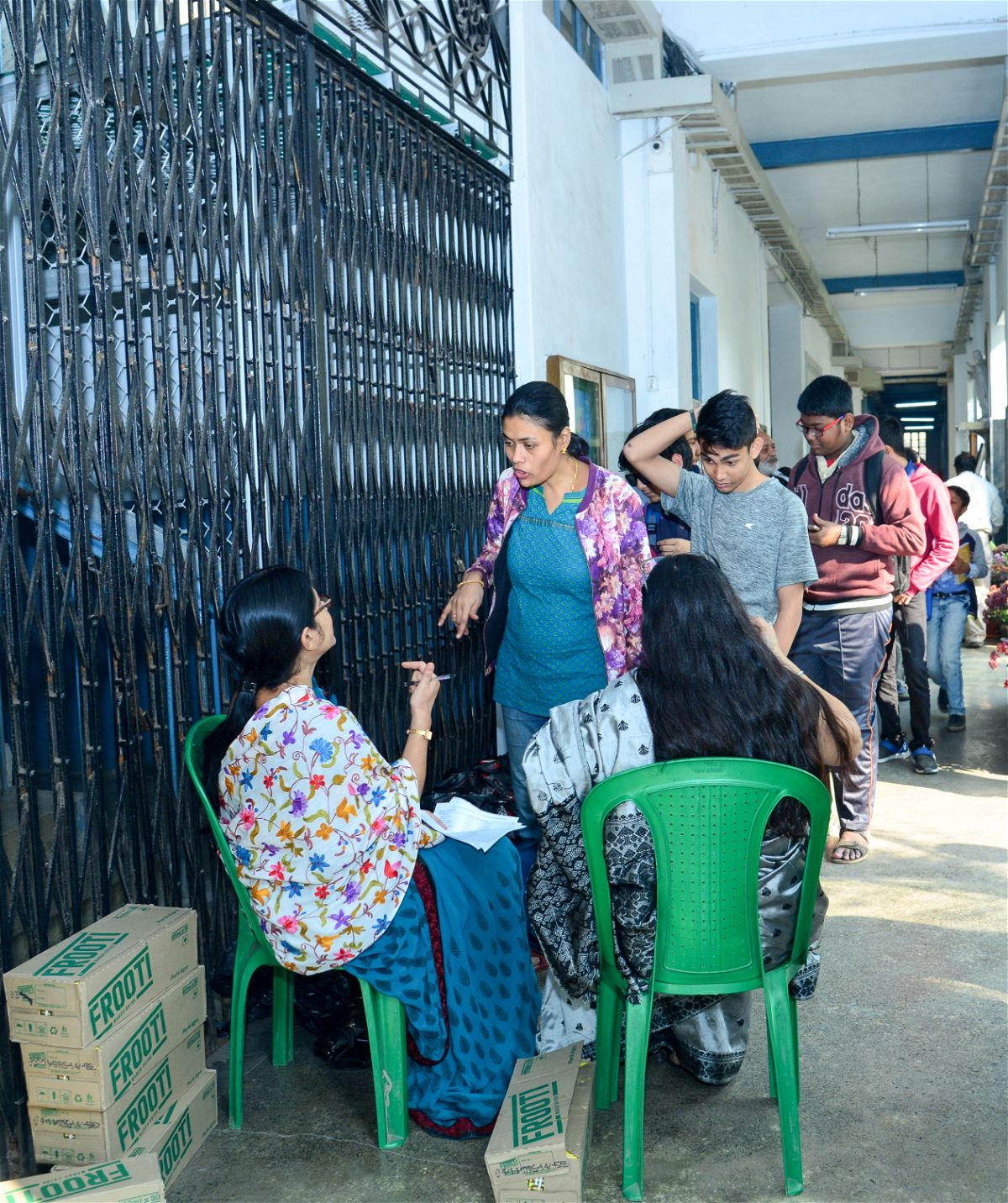 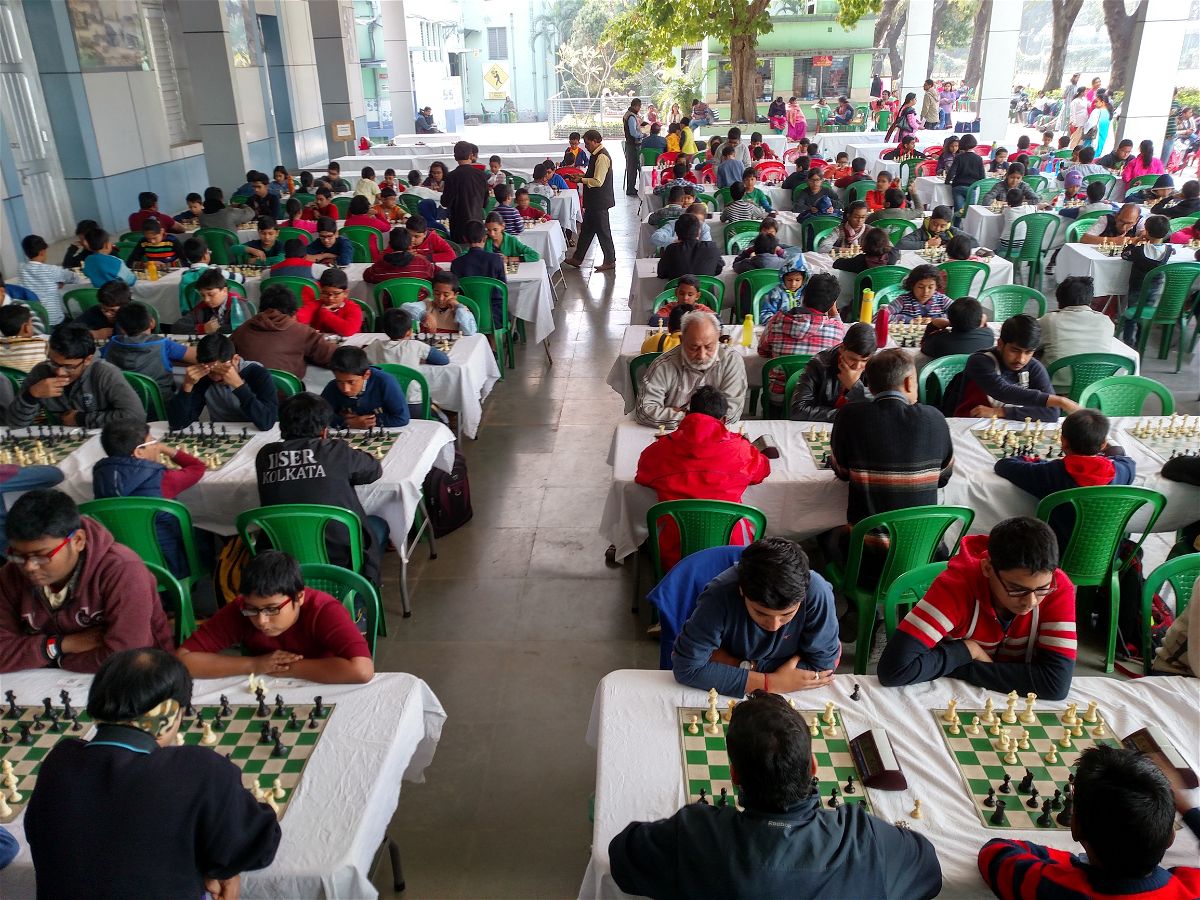 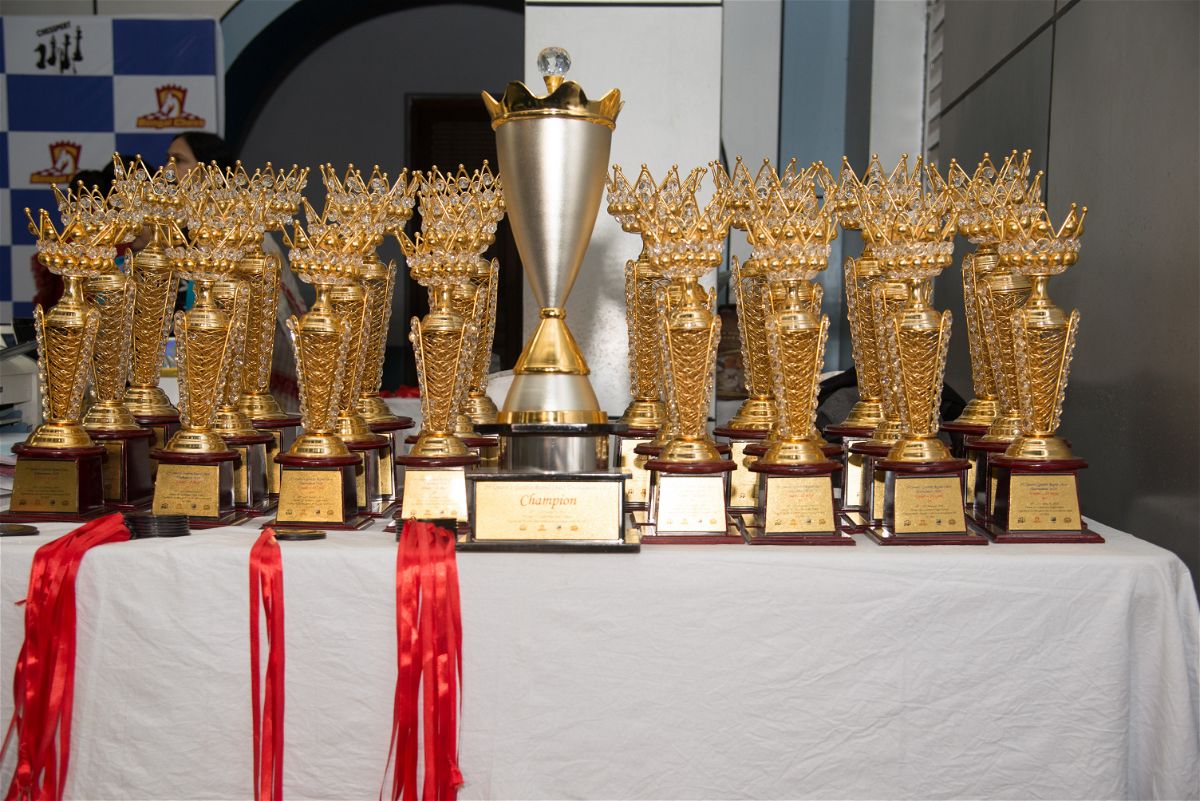 A glimpse of all prizes, trophies and medals 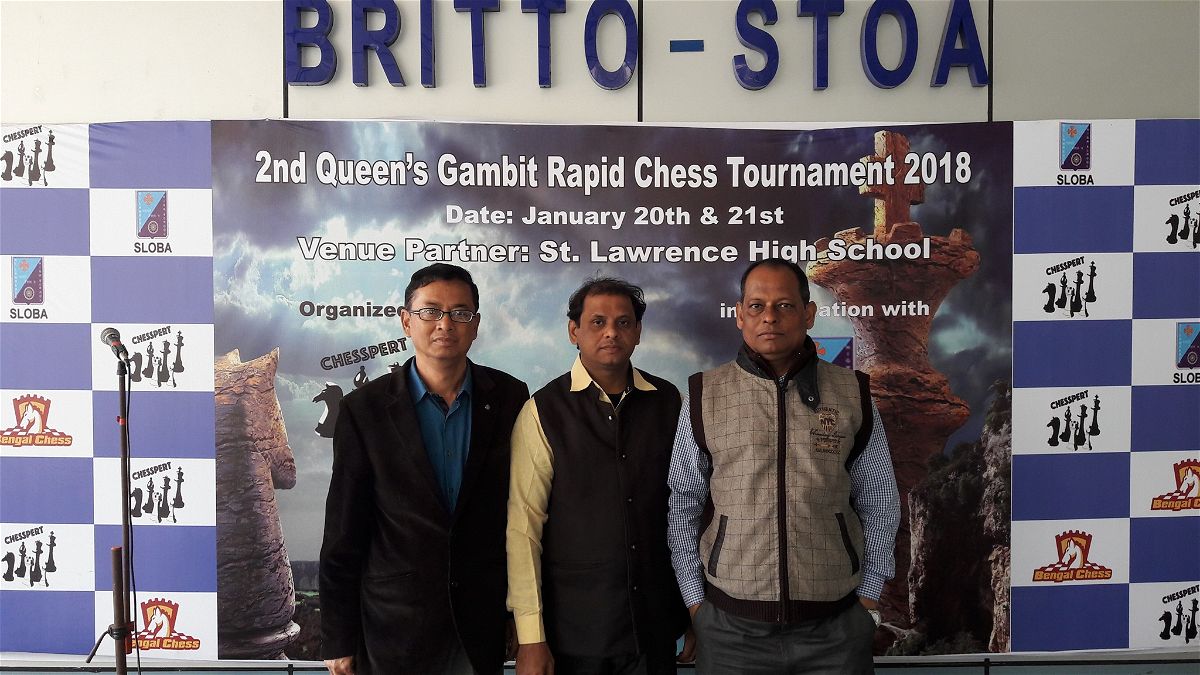 The 2nd edition of Queen's Gambit Rapid Chess Tournament 2018 took place on 20th and 21st January 2018 at St.Lawrence High School, Kolkata in association with SLOBA (St. Lawrence Old Boys' Association), venue partner was St. Lawrence High School. There were 25 main prizes, 60 age group prizes, best woman and best veteran prize. Total number of participants were 184, slightly less than last year. We did not accept any spot entries as we did not want to compromise a player’s experience. Our motto was always to make sure that this is ‘A tournament for Players.’ We can only hope that we have managed to do that.

Last year's champion IM Arghyadip Das wanted to defend his title but he was unable to do so due to his other commitments.

Here are a few videos and interviews from the tournament: 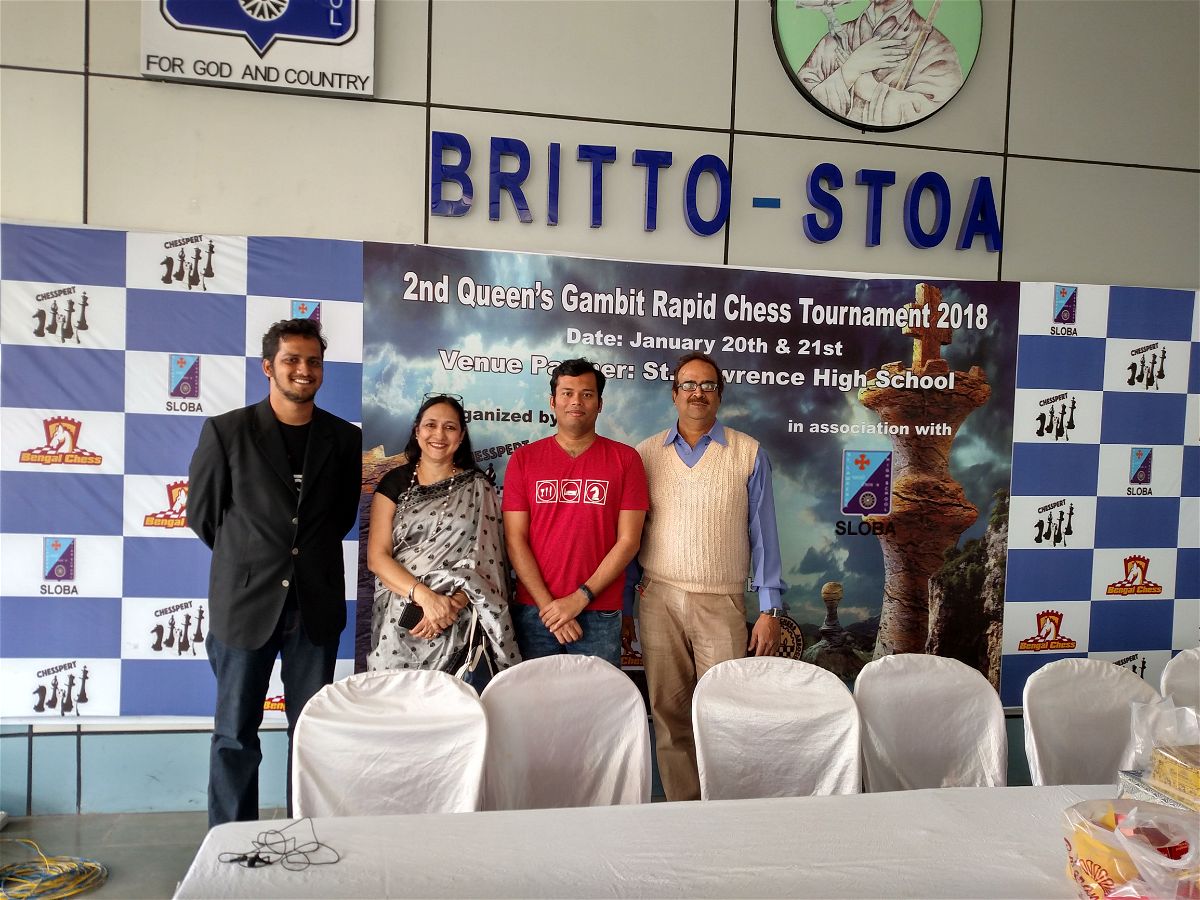