Deepan Chakkravarthy, Sayantan Das, and Mitrabha Guha lead the ongoing Lakecity Grandmaster Open along with three others after the completion of seven rounds here in Udaipur. The trio has remained unbeaten so far with an impressive score of 6.0/7 points each. Yesterday the event had double rounds, round six from 9:30 a.m in the morning and round seven from 3:30 p.m in the afternoon. The sixth round was particularly eventful as all encounters in the top boards reached decisive results. Deepan and Sayantan beat compatriots Neelotpal Das and Saptarshi Roy respectively, while Mitrabha Guha got the better of Bangladeshi GM Ziaur Rahman. In round seven however the games in the top three boards ended in draws but Hesham Abdelrahman of Egypt defeated Bharat Kumar Reddy Poluri to join the lead!

Deepan Chakravarthy, who is the second seed of the event, is showing steady form. In round six he beat Neelotpal Das playing the Caro-Kann with black pieces, while in the seventh round held the in-form Mitrabha Guha to a draw, thus maintaining lead | Photo: Niklesh Jain

In the game against Neelotpal, Deepan equalized without much difficulty out of the Two Knights variation of Caro-Kann and soon after some liquidations a position was reached where even though White had the bishop pair but Black's bishop and knight felt much superior. 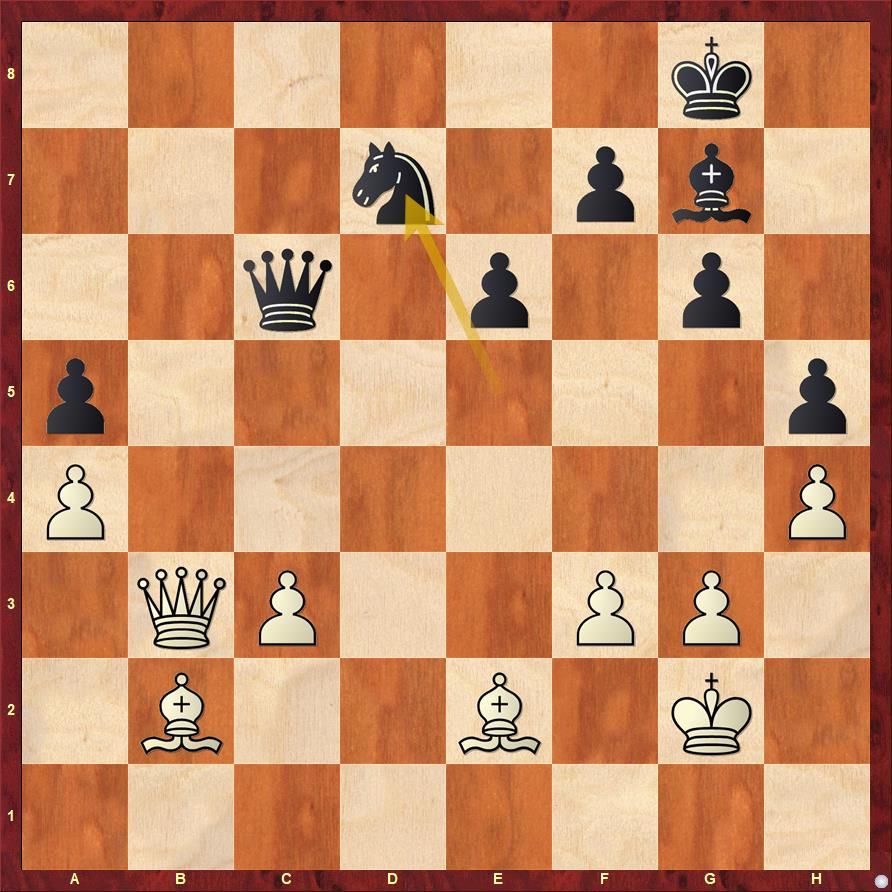 The position is open and White has the bishop pair but who do you think has better chances?

The above position is after 36...Nd7. Notice, White can't really exploit the strength of his bishop pair in this position. The reason is simple, Black has no discernible weaknesses. On the other hand, White's isolated pawn on c3 is a clear soft spot that Black can easily go after. All in all, this position, even though objectively equal, is much pleasant for the black side to play. 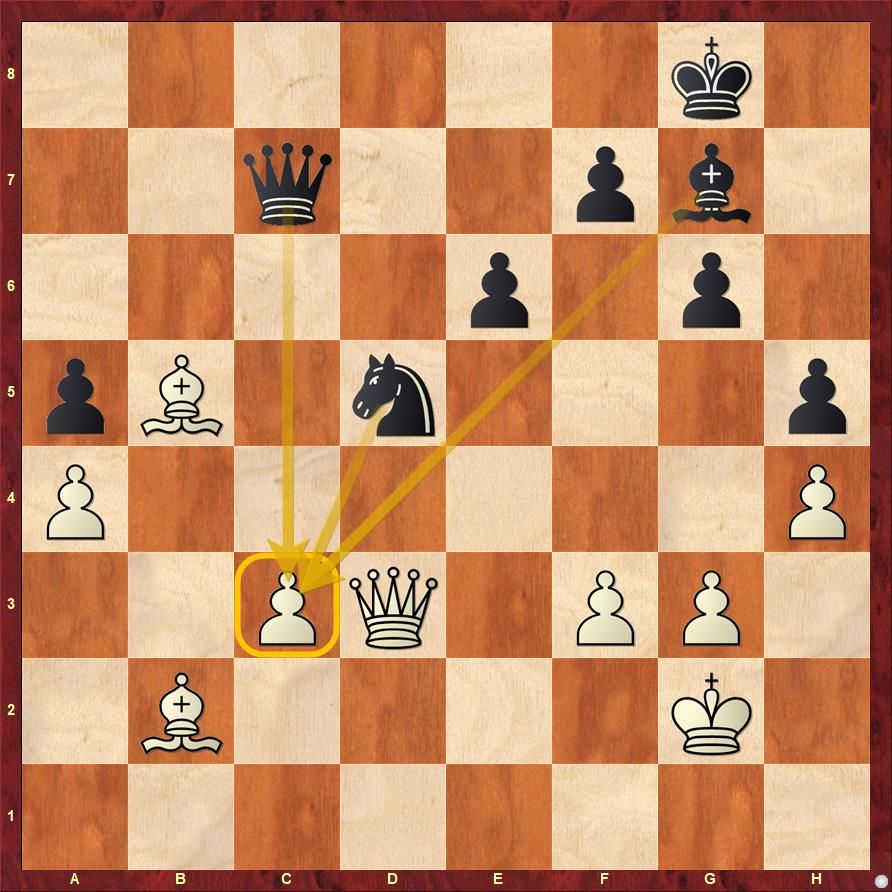 Black targeted the c3 pawn in the next few moves. Suddenly, the white king on g2 also started to look a bit vulnerable, whereas Black's king on g8 was absolutely safe. 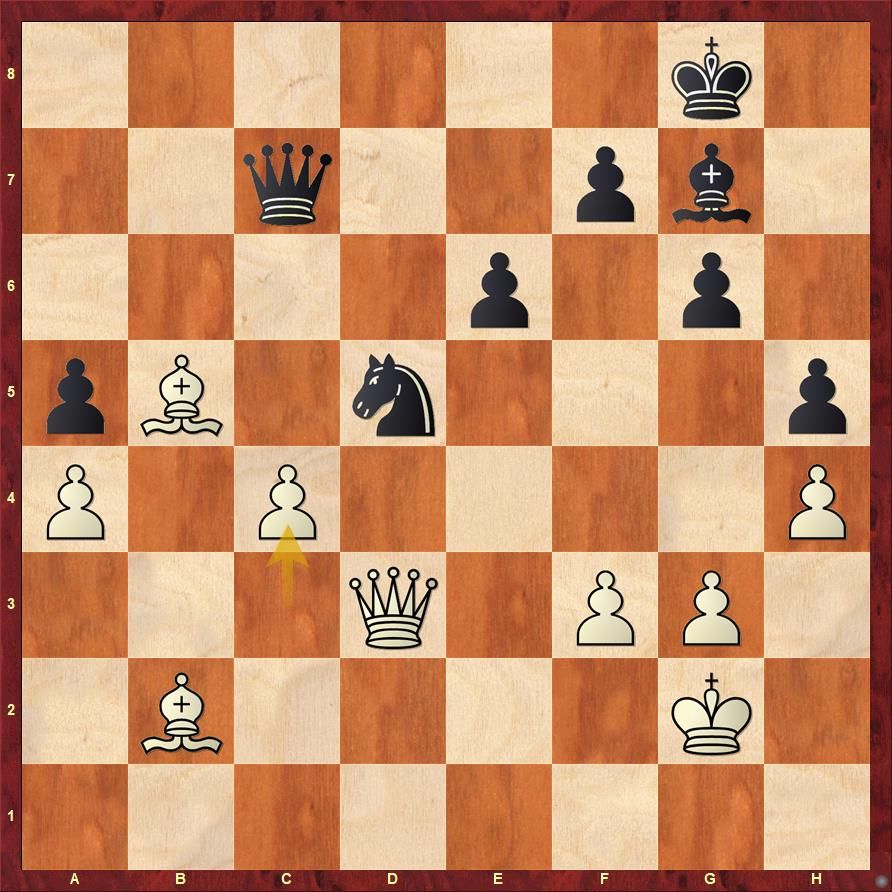 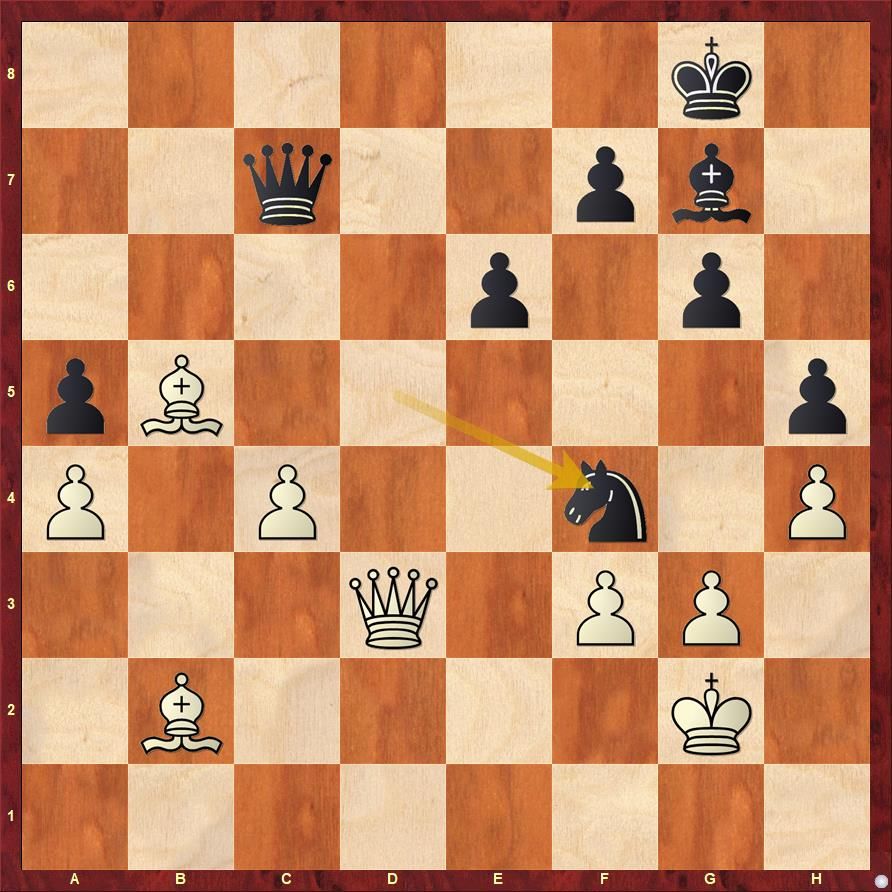 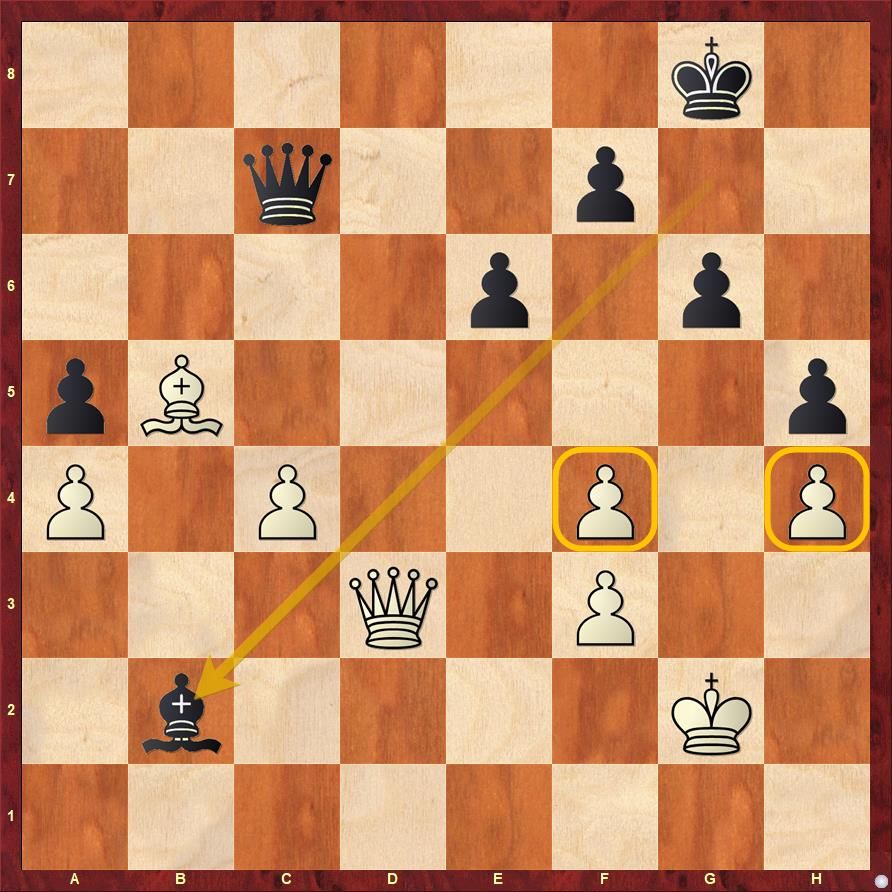 Now the kingside pawns on dark squares f4 and h4 were serious liabilities and the king on g2 all the more exposed. Neelotpal decided to give up his f-pawn and pushed 42.f5 but this didn't alleviate his situation. 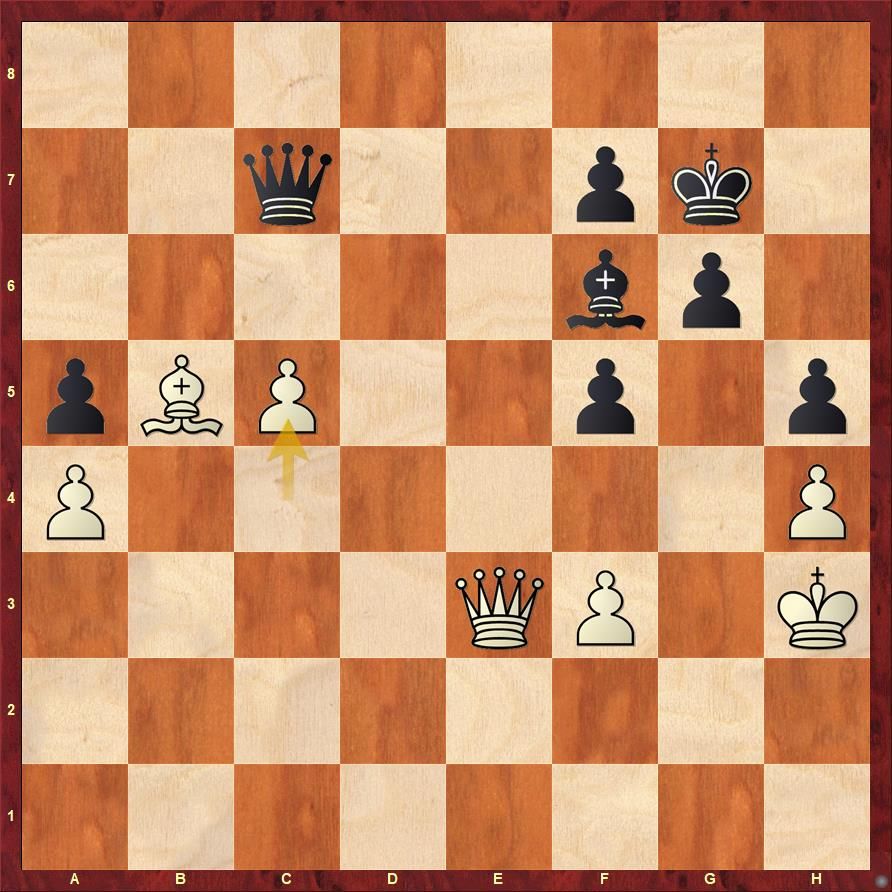 Deepan finished off things neatly, can you guess what he played here after 45.c5 (check out the game below for answer) 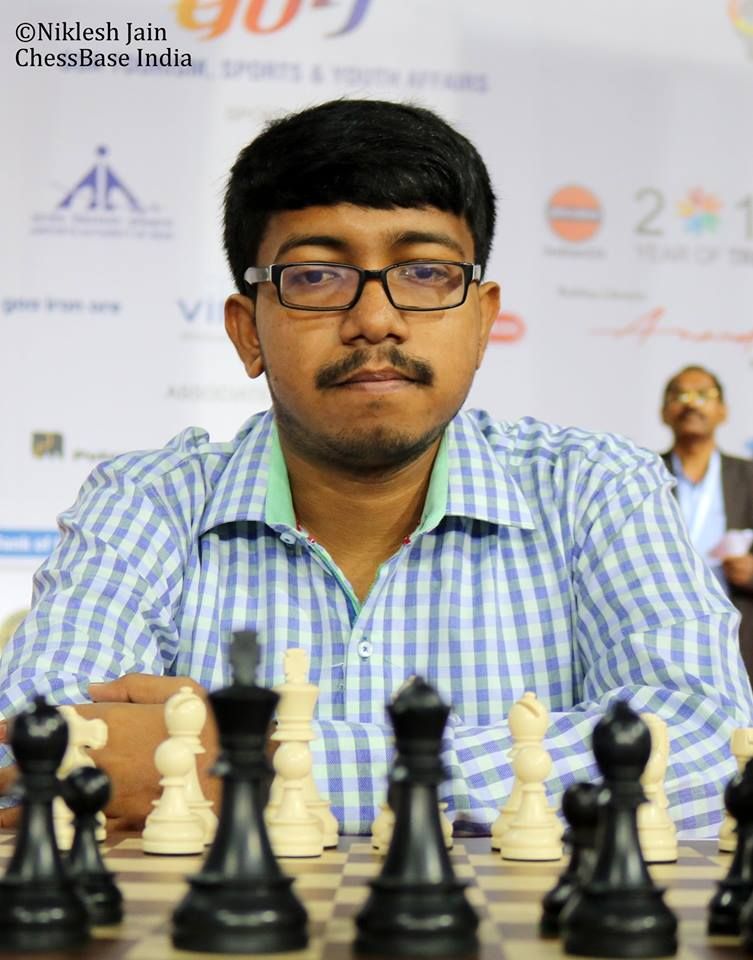 Sayantan Das defeated GM Saptarshi Roy with the black pieces in round six and in the seventh round held India's Blitz king Laxman Rajaram to a draw | Photo: Niklesh Jain

Against Grandmaster Saptarshi, Sayantan found a tangible advantage out of the opening itself. However, at one point, he ended up squandering his decisive edge but came out strong in the end to clinch the victory. The full game is presented below: 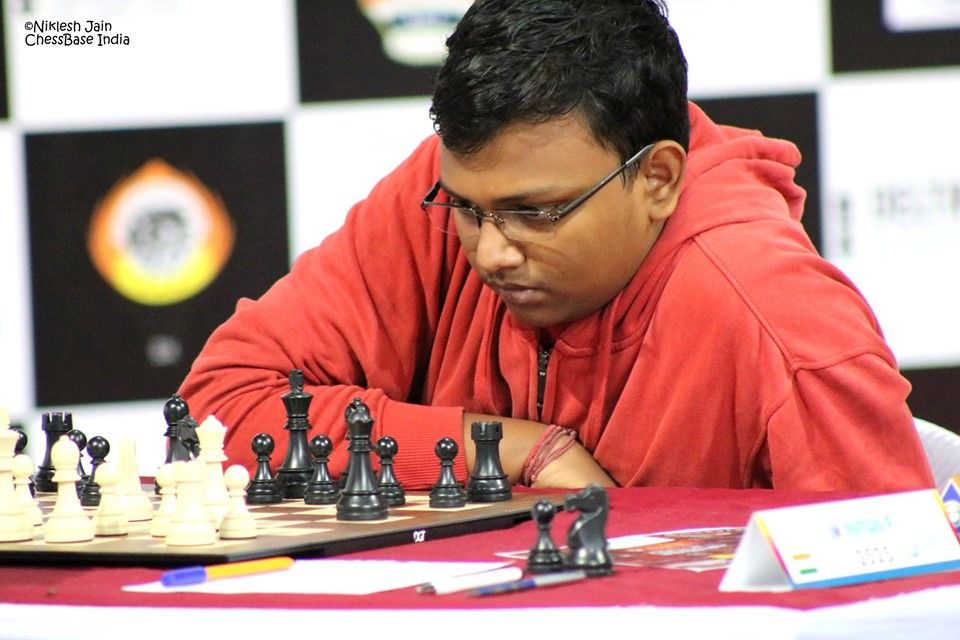 Mitrabha Guha beat GM Ziaur Rahman in round six and held compatriot Deepan Chakkravarthy to a draw in the next round | Photo: Niklesh Jain

His win against the Bangladeshi Grandmaster in round six is given below:

Results of round six

Results of round seven

Standings after round seven