Hesham Abdelrahman of Egypt defeated the Chilean Grandmaster Rodrigo Vásquez Schroder in the eighth round of Lakecity GM Open to register his fourth consecutive victory and take sole lead in the event. The much anticipated match-up between the in-form Indians Mitrabha Guha and Sayantan Das ended in a draw after a 73-move long battle. Elsewhere, Deepan Chakkravarthy too held top seed Ivan Rozum with the black pieces. Grandmaster Ziaur Rahman of Bangladesh suffered yet another shock as 2124 rated Maharashtrian player Pranav Shetty got the better of him with white pieces. In this report we bring you the games, analysis, and more.

A topsy-turvy skirmish between Hesham and Rodrigo! 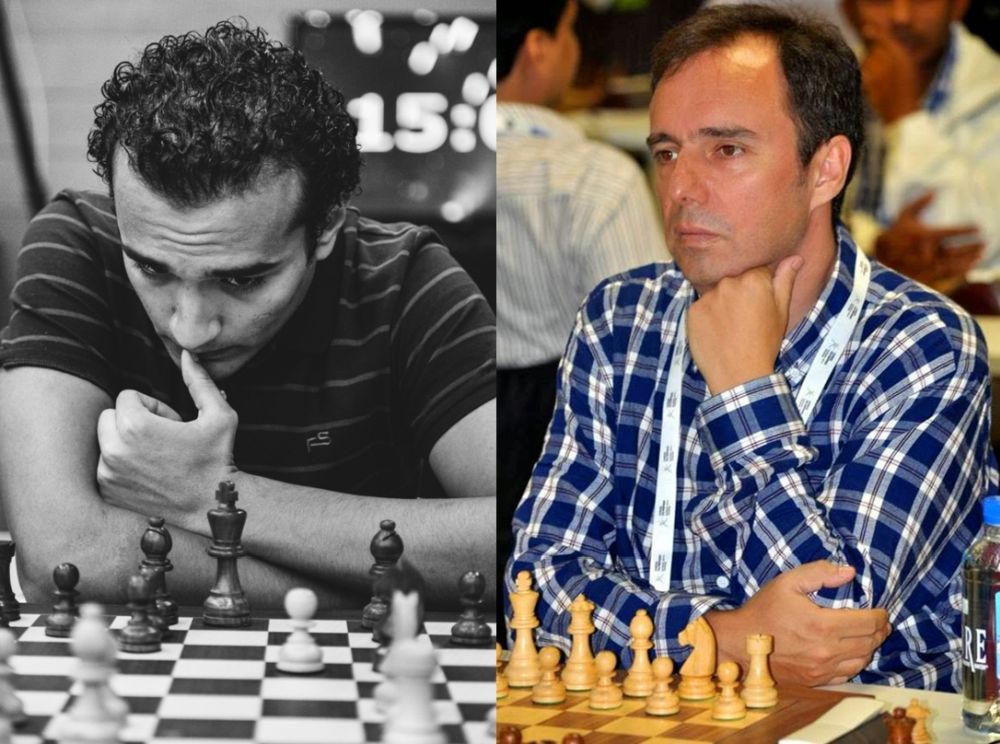 Hesham Abdelrahman (left) beat Rodrigo Vásquez Schroder (right) to take half a point lead over the entire field. In the penultimate round Hesham faces the top seed Ivan Rozum, he would surely be looking forward to causing yet another upset | Photos: ugra2017.fide.com & gmrodrigovasquez.cl

The Hesham versus Rodrigo encounter in round eight of the event was one where fortunes kept changing hands till the very last moments of the game. The 26-year-old Egyptian had the White pieces and opted for a rather unusual line in the symmetrical English. Soon the position gained charge with imbalances and entered into wildly complex tactical terrain where both Grandmasters ended up losing their way. But ultimately it was the one to make the next-to-last mistake who emerged triumphant. 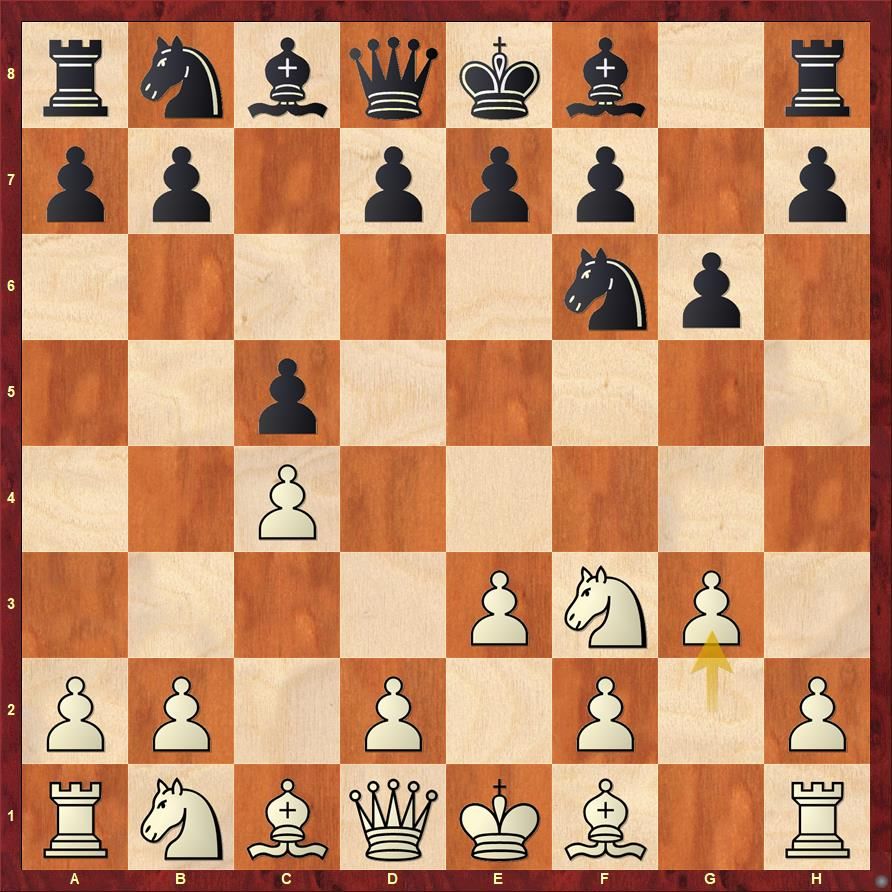 Hesham's 2.e3 and 4.g3 was certainly an unusual choice as this incurred lightsquare weaknesses early on in the game. The more popular theory generally involves developing the f1 bishop to e2 rather than g2. 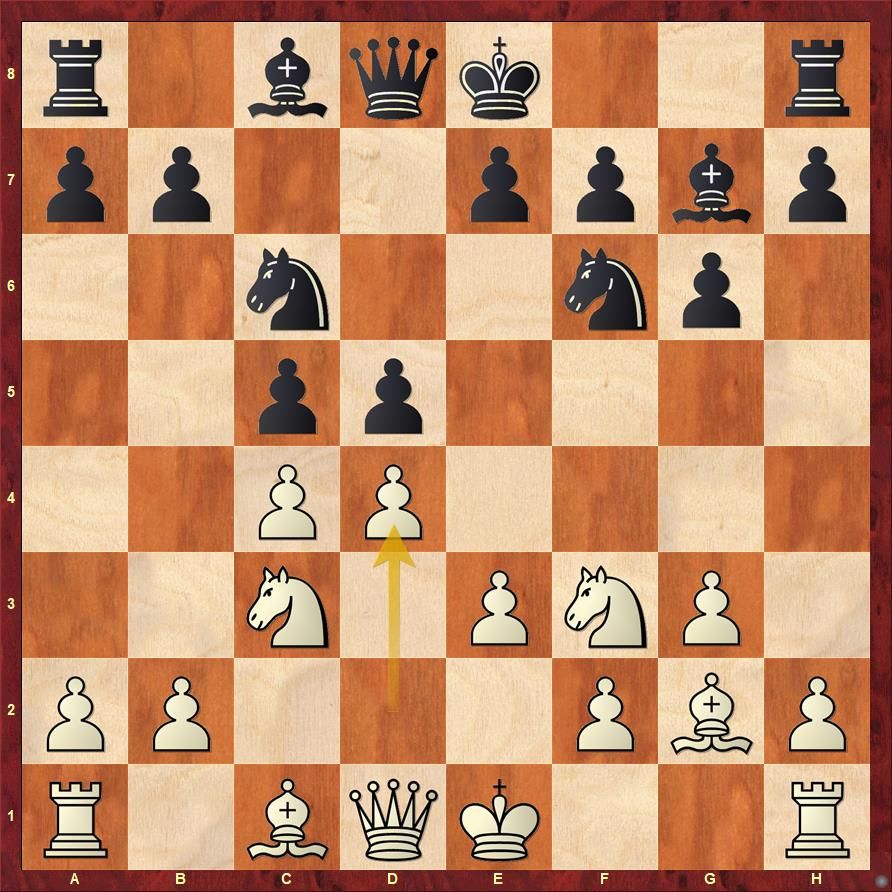 7.d4?! looked even more reckless on White's part. Safer would have been 7...cxd5 8.Nxd5 which keeps the position more or less balanced. 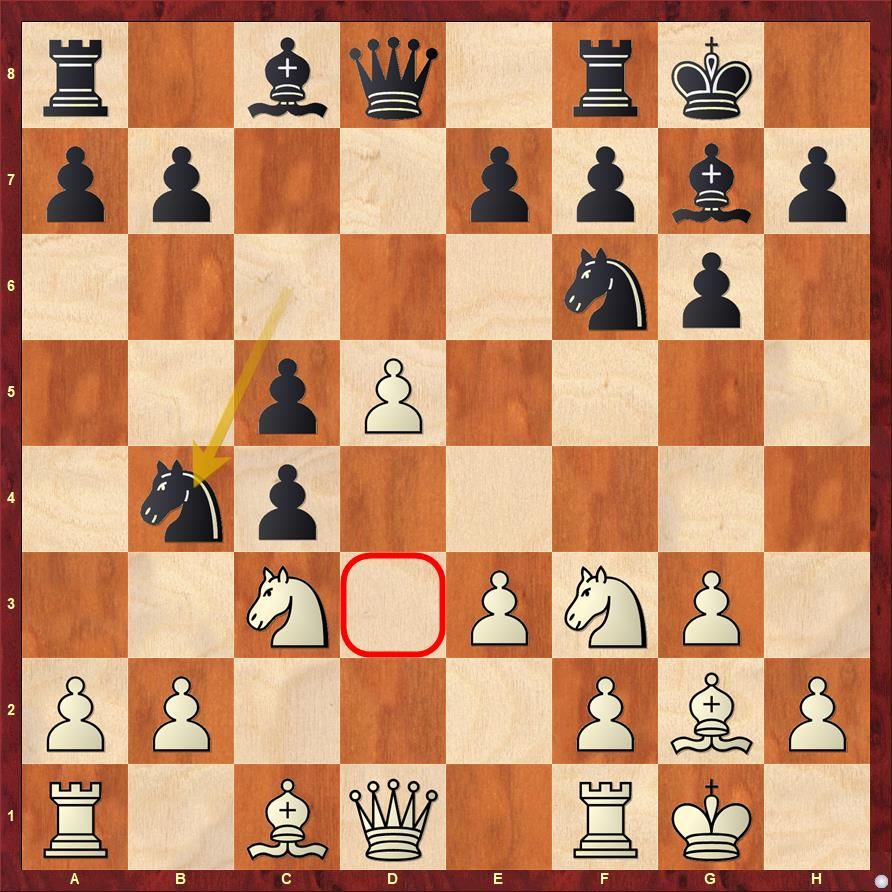 With the white bishop on g2 instead of e2, on move nine already the d3 square became an inviting outpost for Black's knight. 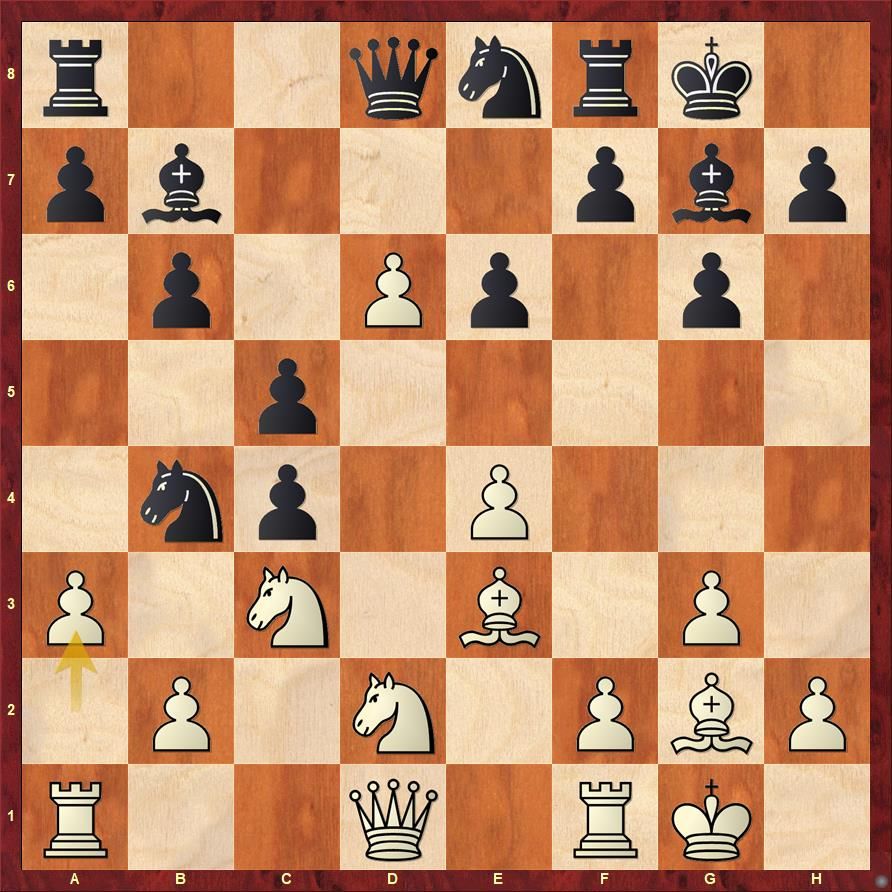 Here 14...Nd3 was played but an interesting continuation would have been 14...Nxd6 15.axb4 cxb4 16.Ne2 a5 where Black gives up a piece for two pawns with a strong initiative. 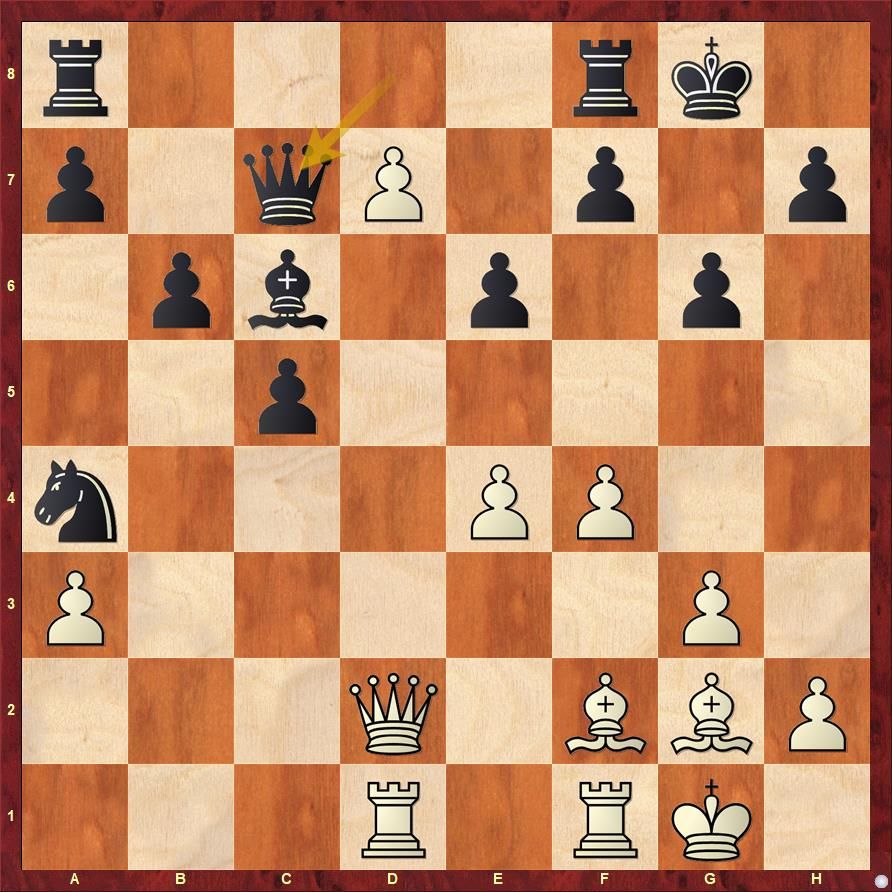 With 23...Qc7? Black made the first serious mistake in the game... Can you spot a strong response for White here that tilts the evaluation of the position? 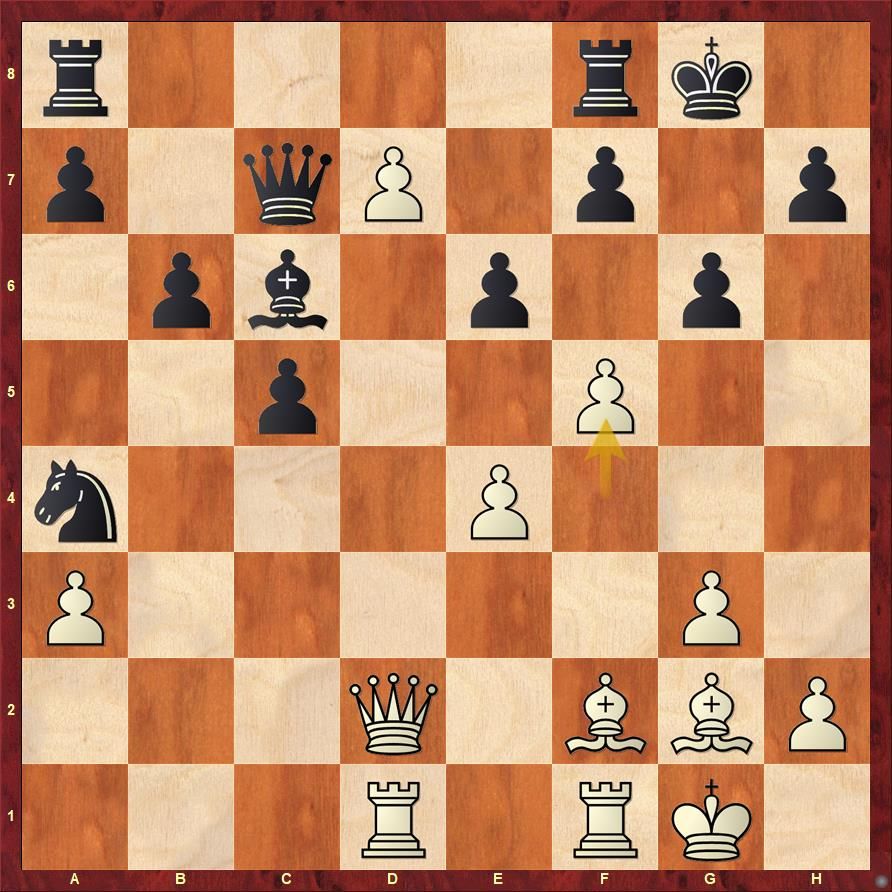 Rodrigo must have underestimated the move f5 that was played next. Suddenly the black king started feeling exposed before White's active pair of bishops and queen. 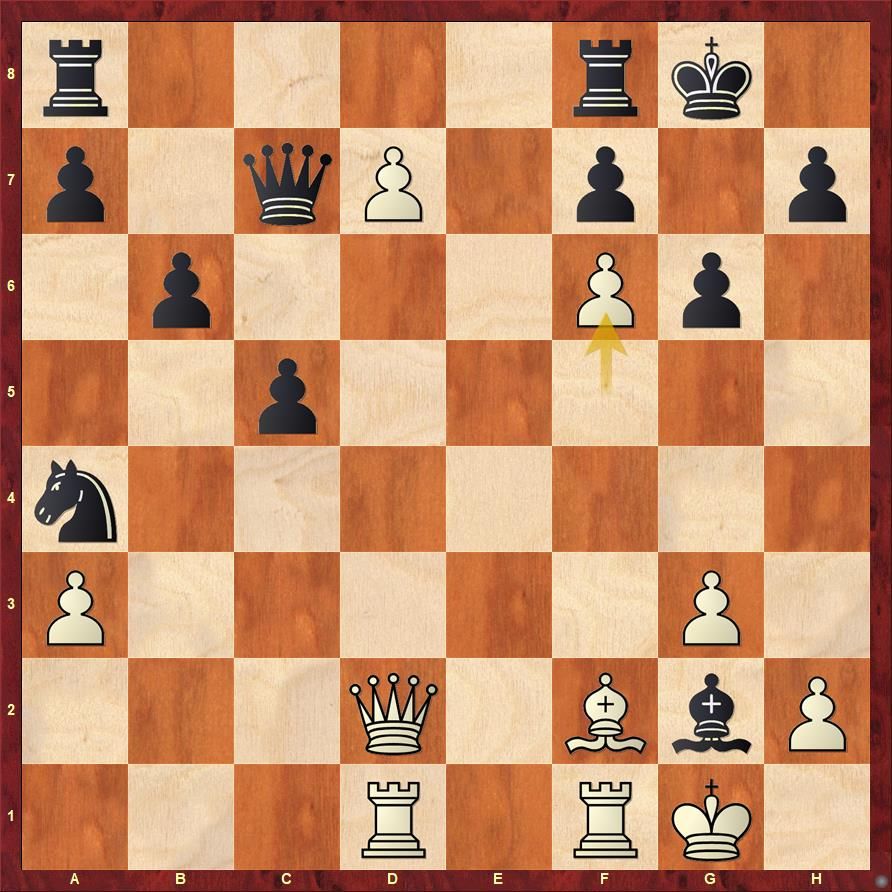 It feels natural to push f6 with the threat of Qh6 next but can you do better? (check annotations below for answer) 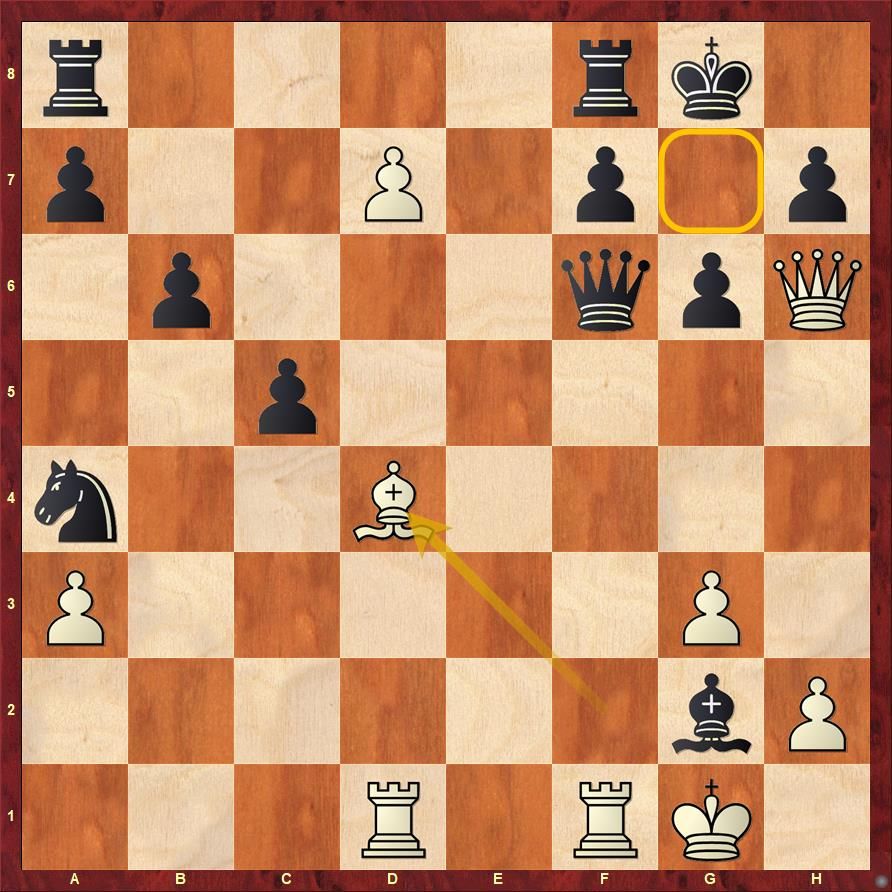 Black's only option here was to give up his queen for two pieces. The position returned to equilibrium after 28...Qxf1+ 29.Rxf1 cxd4 but White's queen perhaps gave him better practical chances. 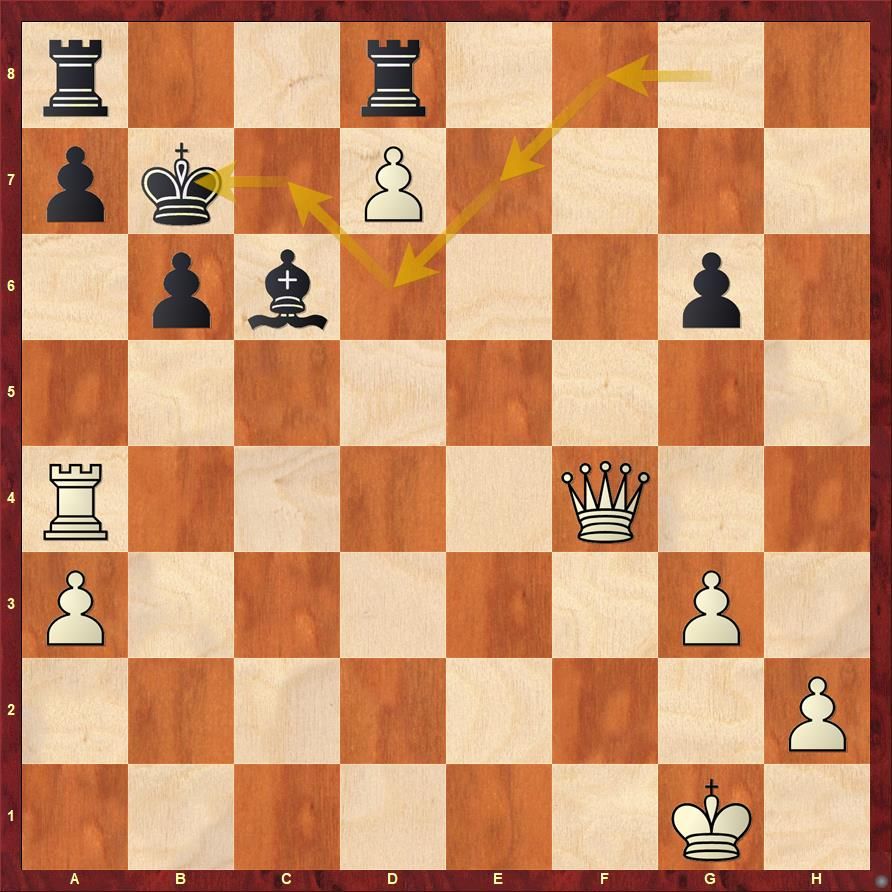 Next, the black king was chased to the other side of the board. Here Rodrigo played 37...Rxd7, can you find a better continuation? (check annotations below for answer) 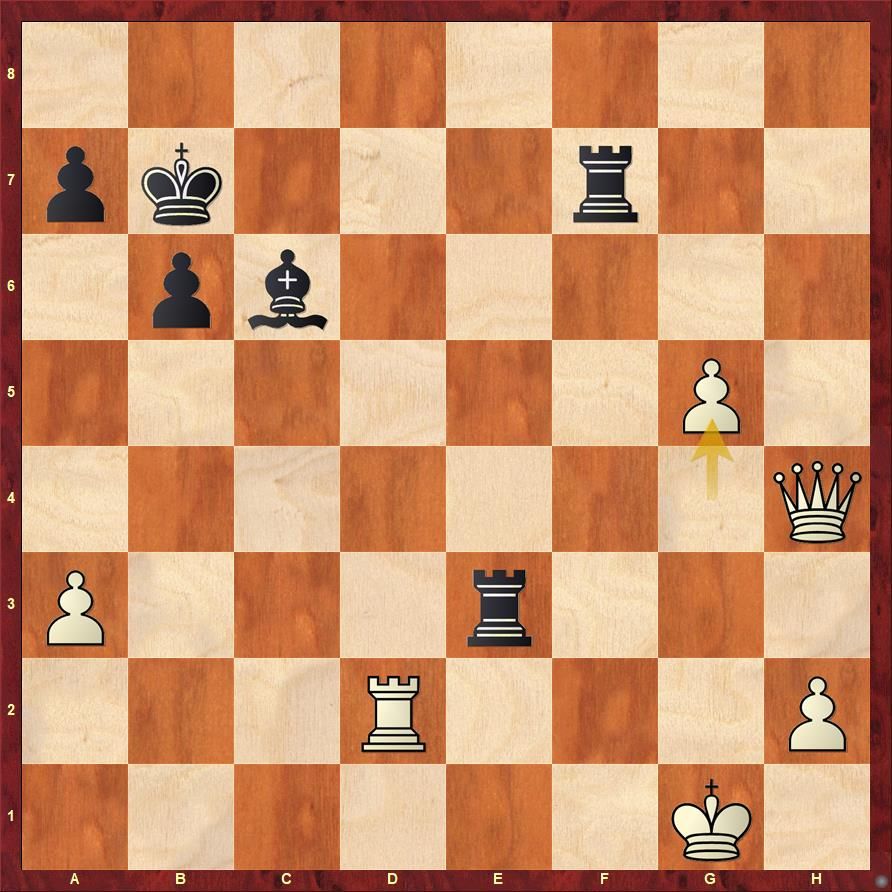 And finally, this was the last tragicomedy of the encounter. White blundered with the move 43.g5? but Black, instead of finding the correct way to win, blundered in his turn with 43...Rxa3 to lose the game. Can you find what both players missed in this position?

Instead of 43.g5 White could have maintained a clear edge simply with 43.Rc2 Rxa3 44.Qe1 etc. But after 43.g5 Black had the chance to turn the tables completely on White with 43...Re4!! the point is, white queen doesn't have too many places to go to as leaving the h4-e1 diagonal runs into Re1 mate. And after something like 44.Qg3 Rc4 45.Re2 Rf3 46.Re7+ Ka6 47.Qe1 Rg4+ also White must give up his queen to prevent getting checkmated! In the game 43.g5? Rxa3? was played and with 44.Qe1 Rf4 45.Qe7+ Black unfortunately had to resign. It is surprising how the evaluation of the game kept fluctuating till the very last moment of the game! 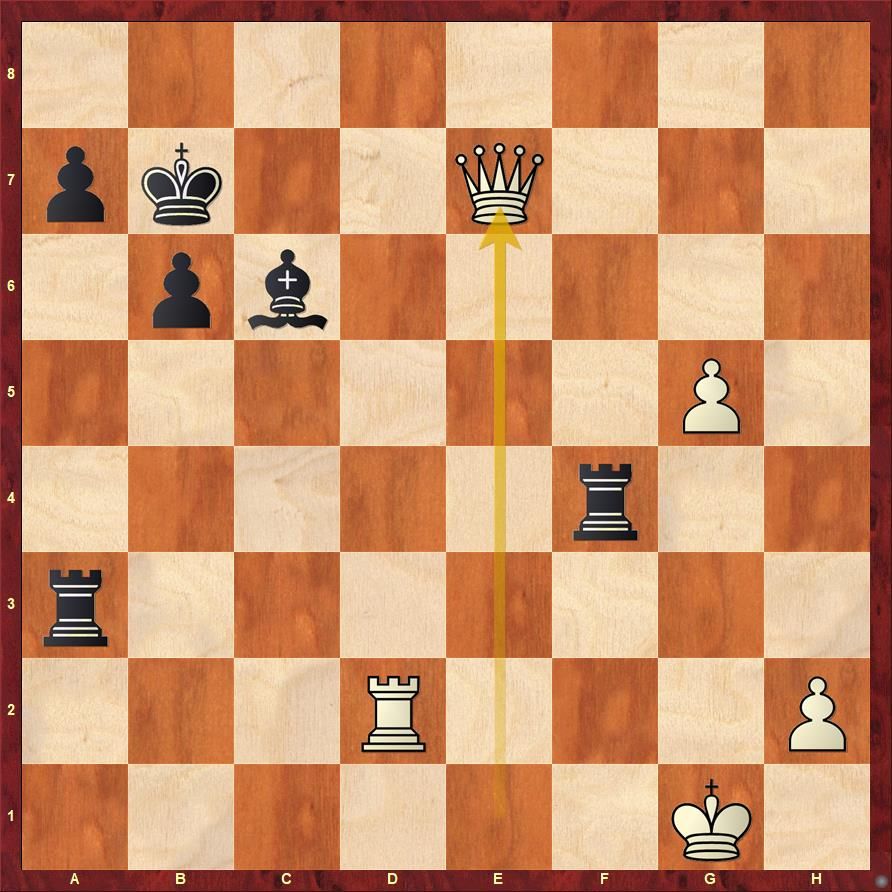 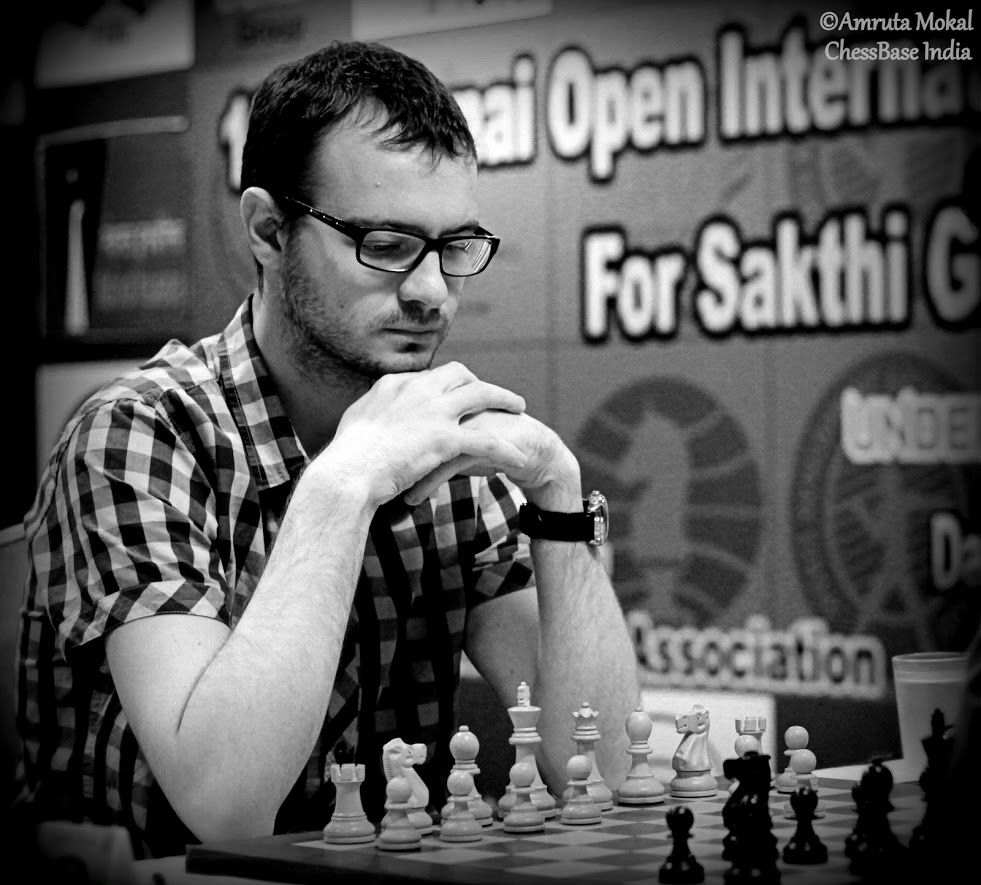 Top seed Ivan Rozum was held to draw by India's Deepan Chakkravarthy in round eight of the event | Photo: Amruta Mokal 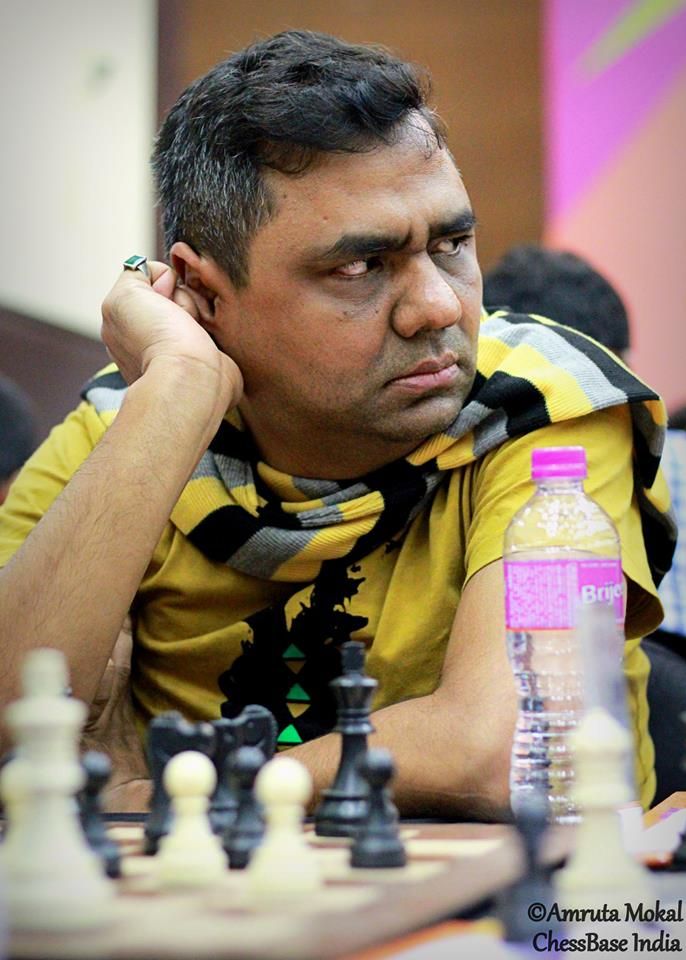 Ziaur Rahman (2492) of Bangladesh suffered an unfortunate upset in the hands of Pranav Shetty (2124) playing the black pieces of a Sicilian | Photo: Amruta Mokal

Results of round eight

Standings after round eight