Suvrajit Saha of Railways wins CSIR CMERI Diamond Jubilee All India Open FIDE Rated Chess Tournament convincingly with a score of 7.5 points out of 8 rounds. This was his first tournament win in over a year and first open rating tournament win in a long while. He made a fantastic start by winning all his first seven games and needed just a draw in the last round to become champion. The tournament also witnessed the participation of IM Neeraj Kumar Mishra who scored 7 points and finished at 3rd position. This report contains a game analyzed by the champion and a few photographs from the event by Dr. Himadri Roy. 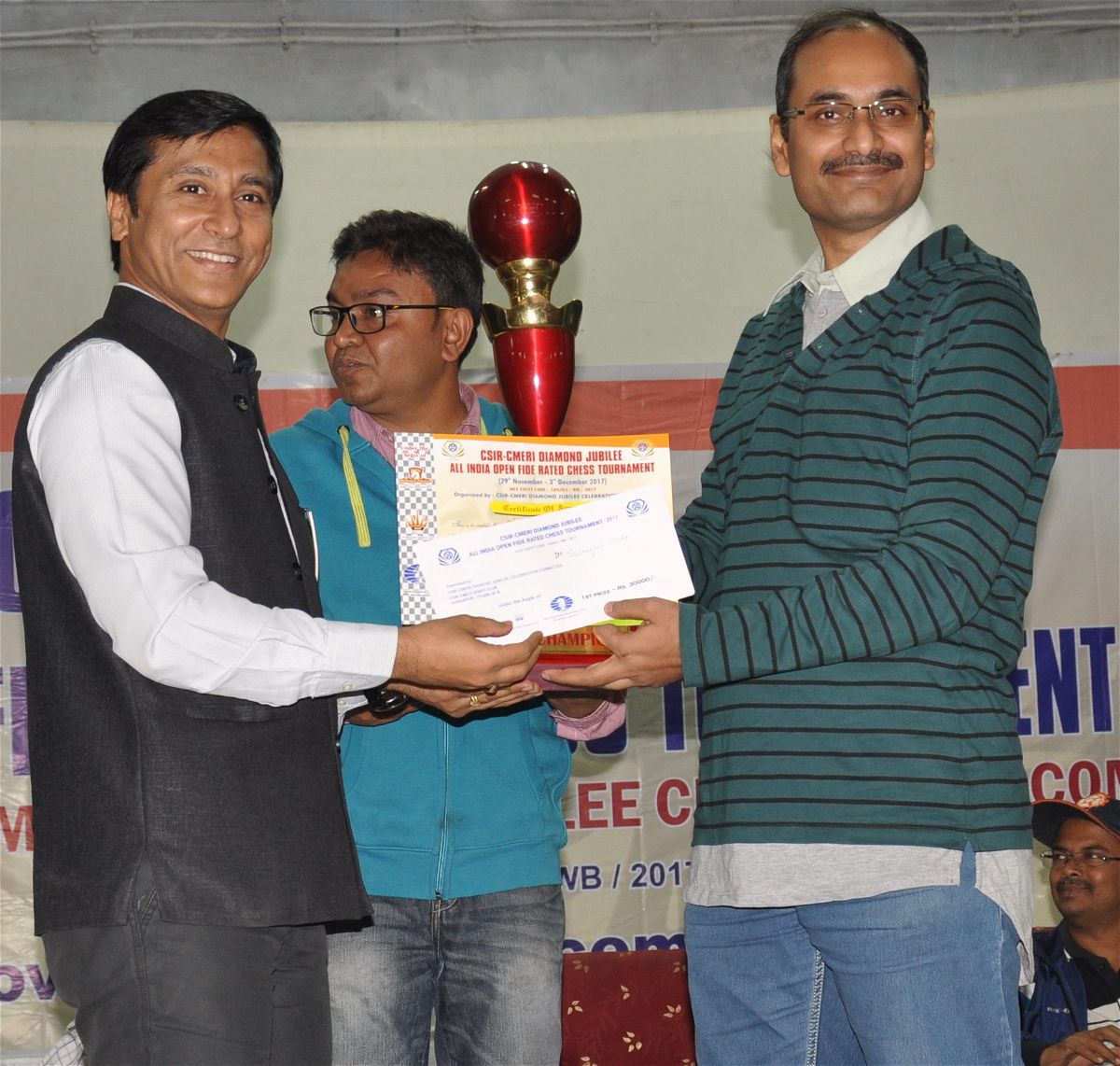 Suvrajit Saha of Railways, started his tournament on fast track by winning all his first seven round games. He just needed a draw in the last round as he faced the only player who was trailing by a half point till the penultimate round, Arpan Das. Here is a game annotated by the International Master himself: 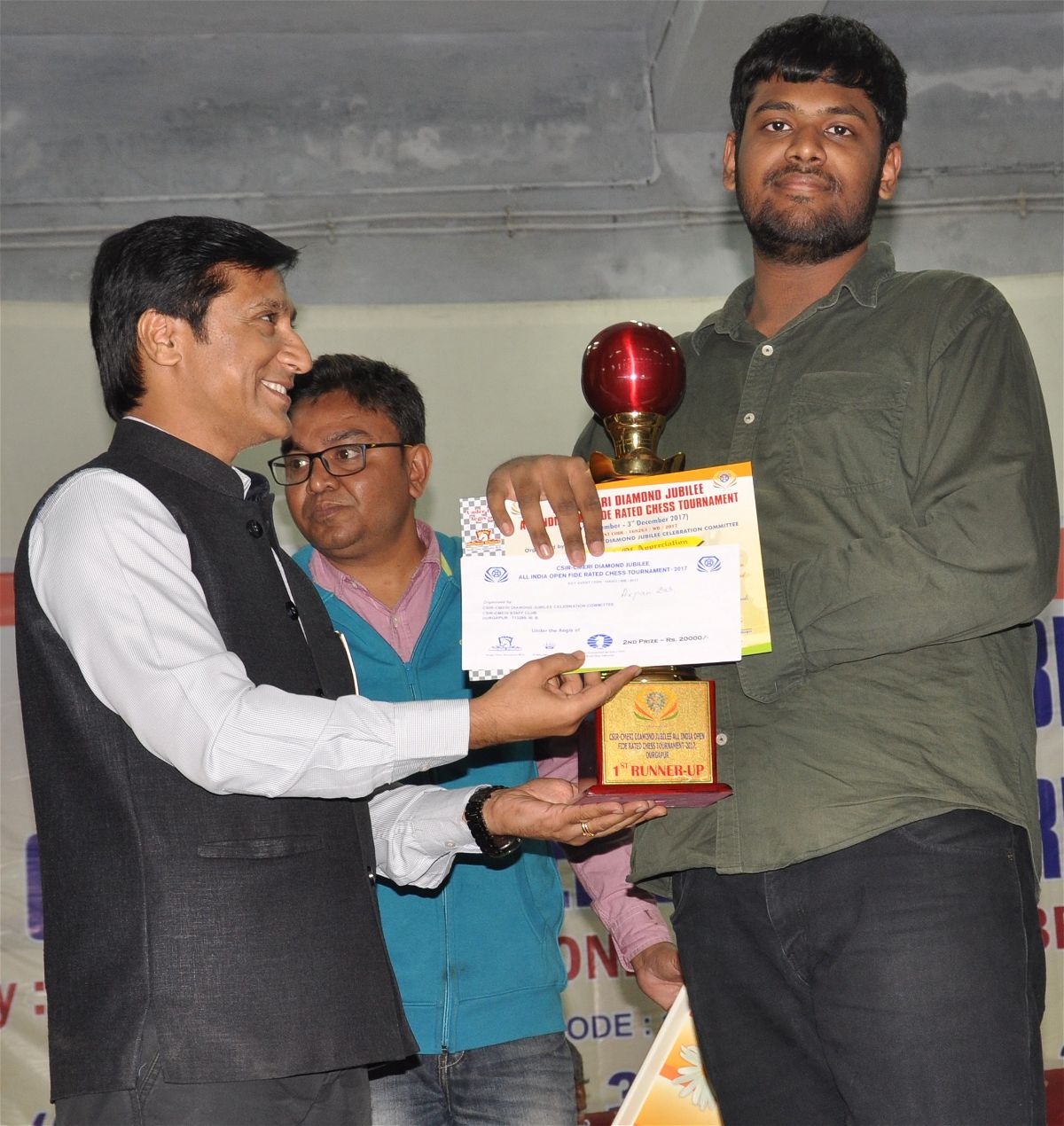 Arpan Das scored 7/8 and due to a better tie-break score he was placed 2nd, bagging home a trophy and ₹20000 cash | Photo: Dr. Himadri Roy

Arpan Das started with four straight wins and then he stumbled on the fifth round by drawing against Samar Chatterjee. He won his next two rounds and then drew with the champion in the last round to secure 2nd position. 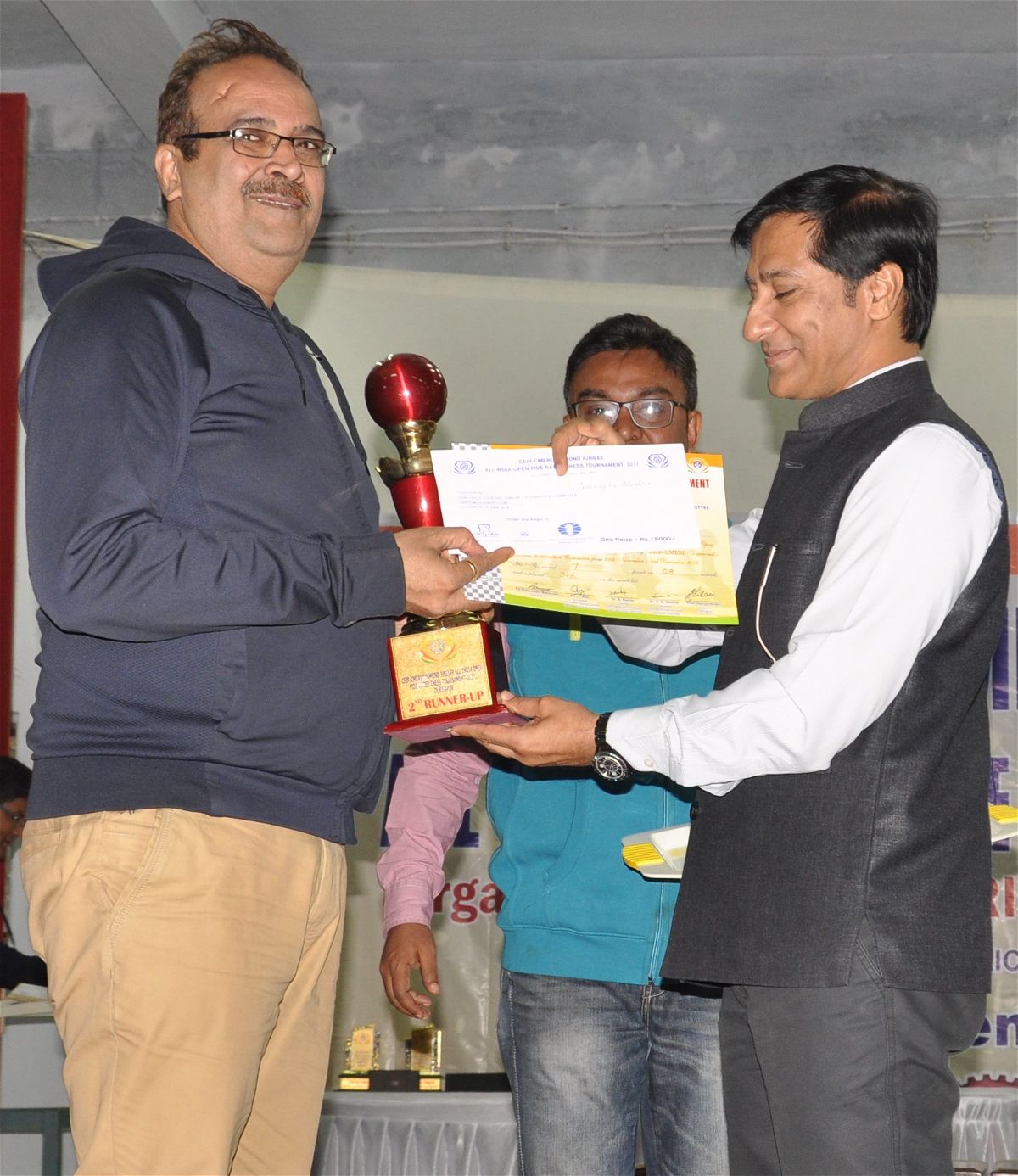 IM Neeraj Kumar Mishra, who qualified for National Premier last year, did not have a good start as he drew fourth and fifth round after winning first three games consecutively. Then he made his presence felt, by winning the last three rounds and securing the third position with 7 points as his tie-break score was less than the eventual runner-up of the tournament, Arpan Das. 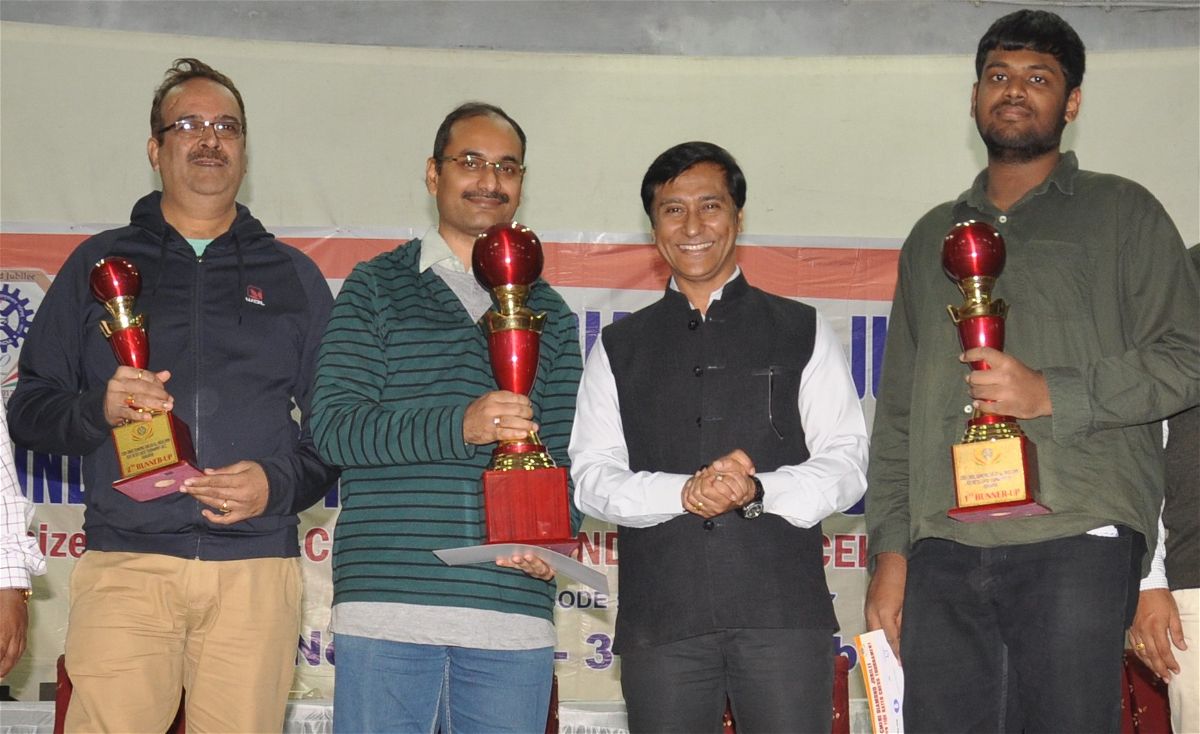 The tournament witnessed 213 players taking part from all across the country. It went on from 29th November to 3rd December 2017 in CSIR-CMERI Staff Club, Durgapur, organized by CSIR-CMERI Silver Jubliee Celebration Committee. There was a total of 91 prizes. Time control of the tournament was 90 mins + 30 seconds increment from move no. 1