27th edition of The Telegraph Schools' Chess started 10 months after the previous edition concluded. This time over 425 children from India, Bangladesh, Nepal and Philippines are participating. Youngest player of the meet Aayansh Burman of 4 years 9 months 0 days age made the inaugural move of the tournament. Top seeds had smooth sailing except a few upsets. Ninth seed of the tournament, Aditya Bikram Paul arrived late in the hall and he was shocked by unrated Agnivo Chakraborty in round 1, Shresth Mahapatra held Sadnan Hasan Dihan of Bangladesh to a draw in the 2nd round and Arunika Ghosh defeated Sambarta Banerjee in the 3rd round. In this report, we bring you photos, games and videos from round 1-3 of the tournament. Photo: Shahid Ahmed 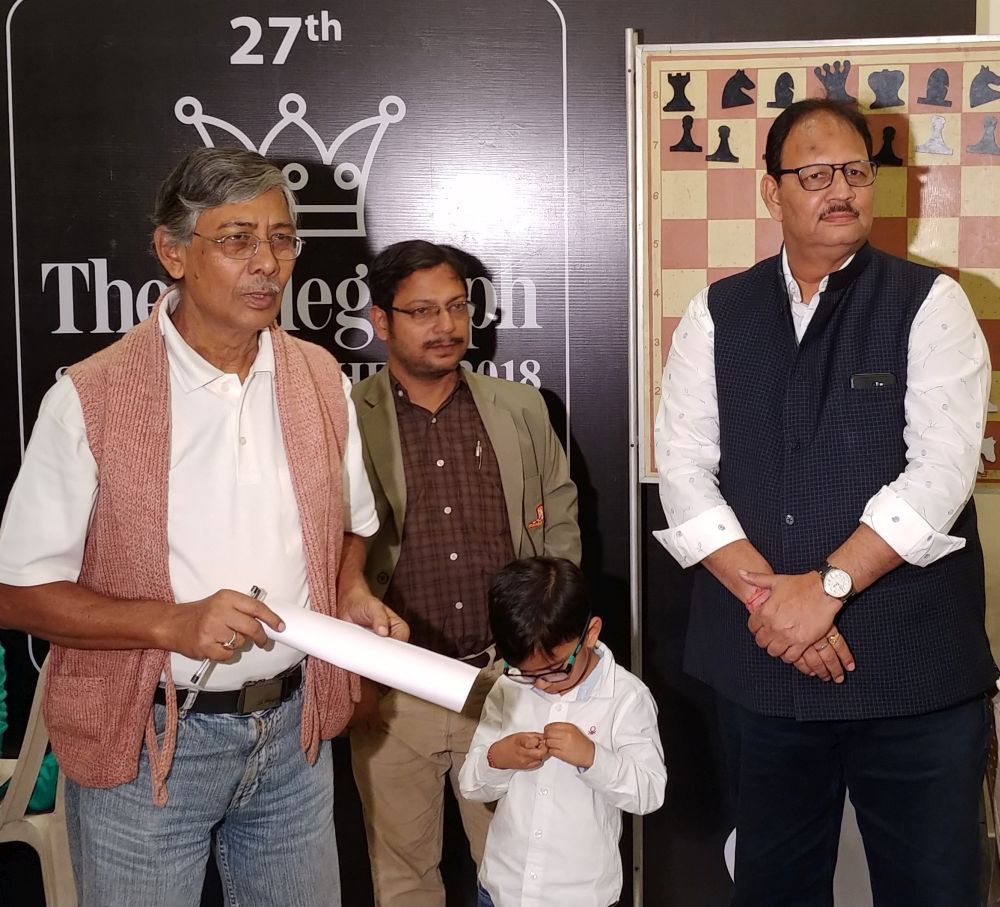 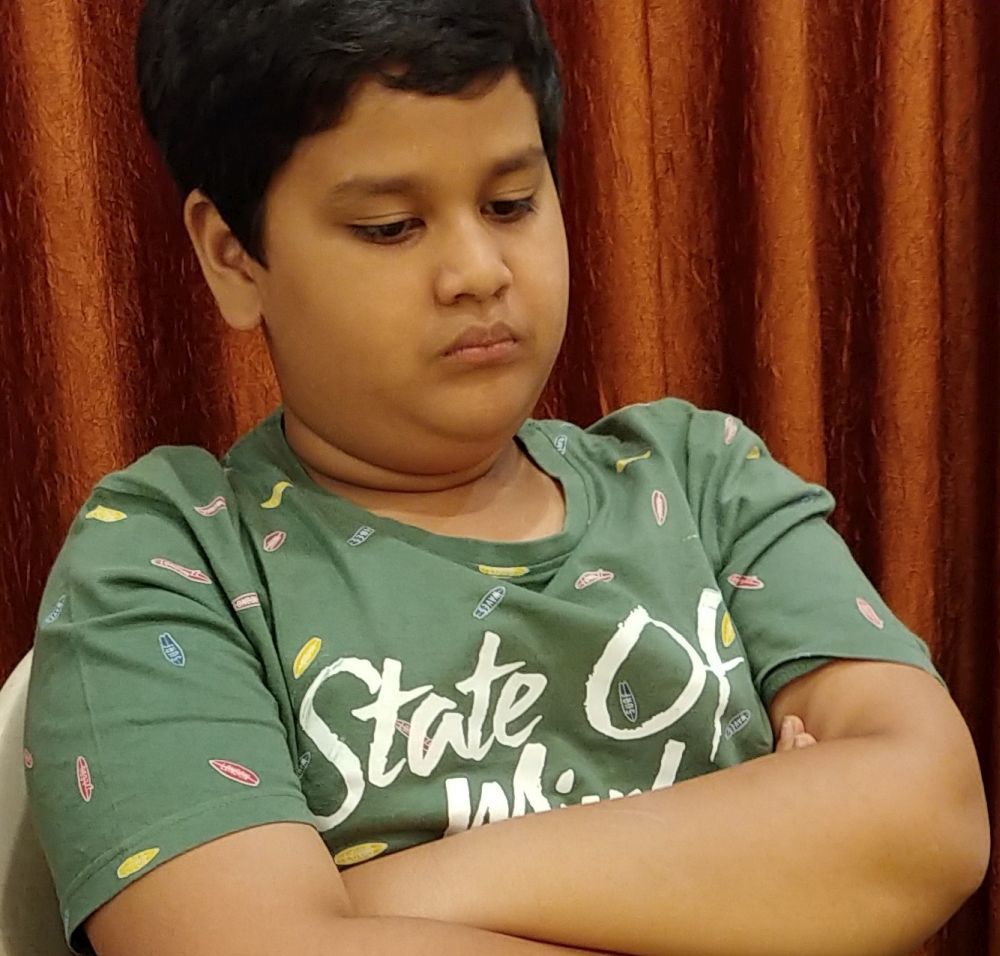 Aditya Bikram Paul did not have a good start as he arrived late for round 1 and lost his game | Photo: Shahid Ahmed

Despite gaining an exchange in early middle game, Aditya was unable to maintain advantage and he misplayed his opponent's attack and eventually lost the game. 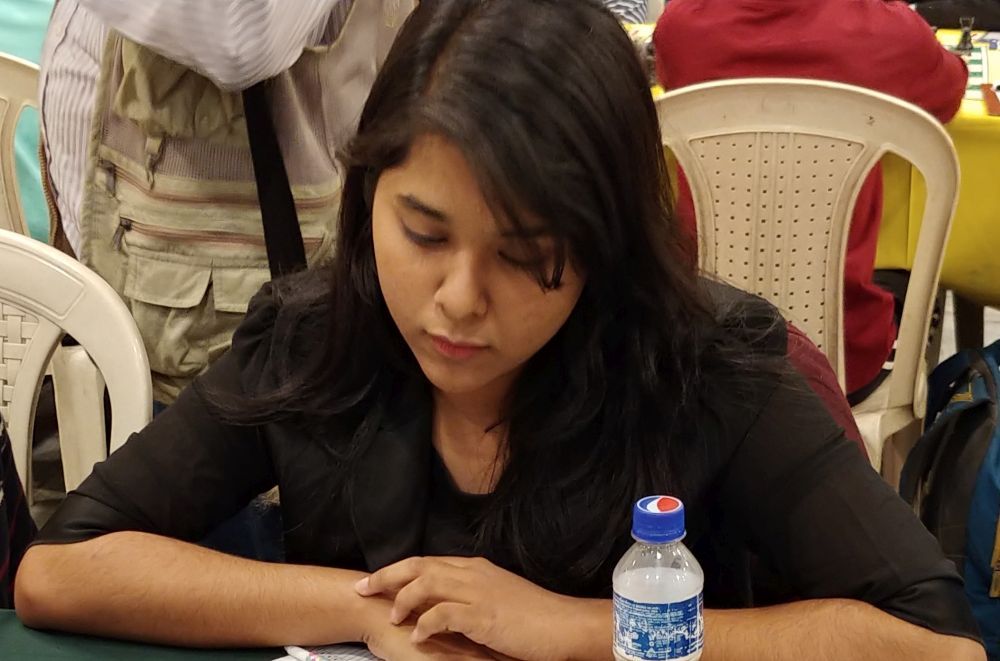 Among other upsets of round 1: 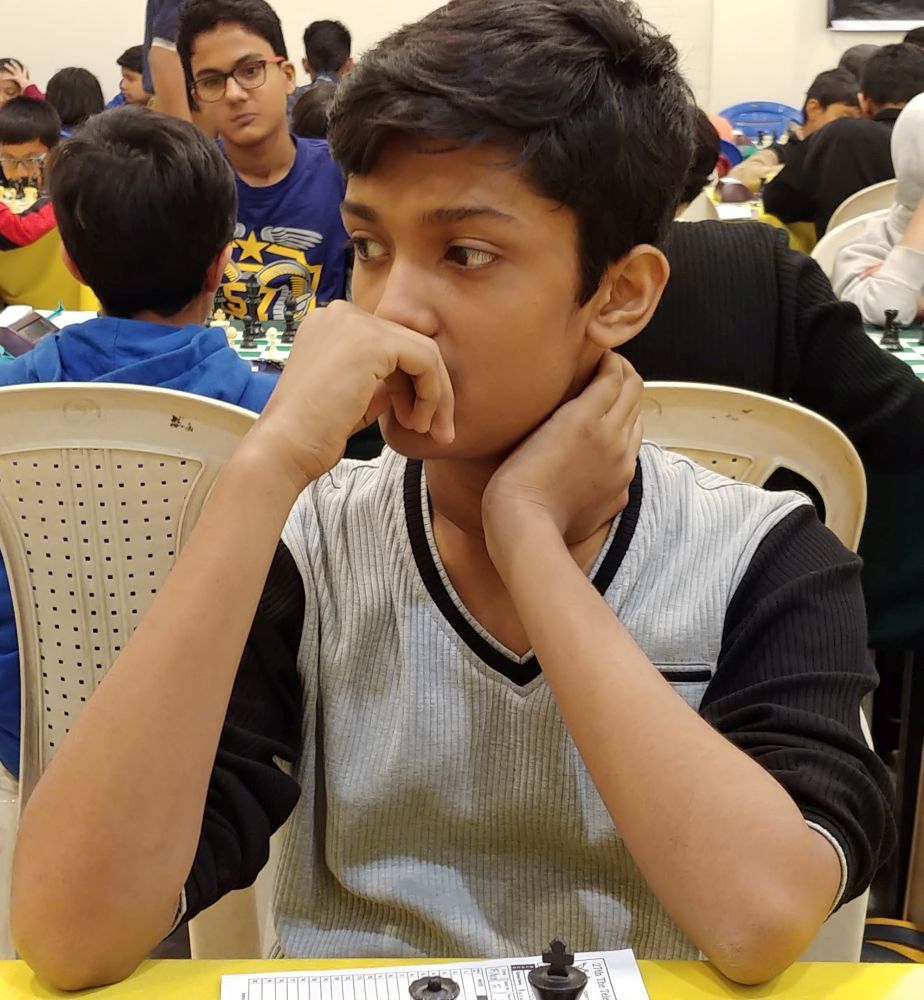 Sadnan got an advantage in the middle game and had a winning position till the endgame when he fell into a perpetual check trap and the game ended up in a draw. 11-year old Shresth did not give up and maintained his perseverance which paid off. 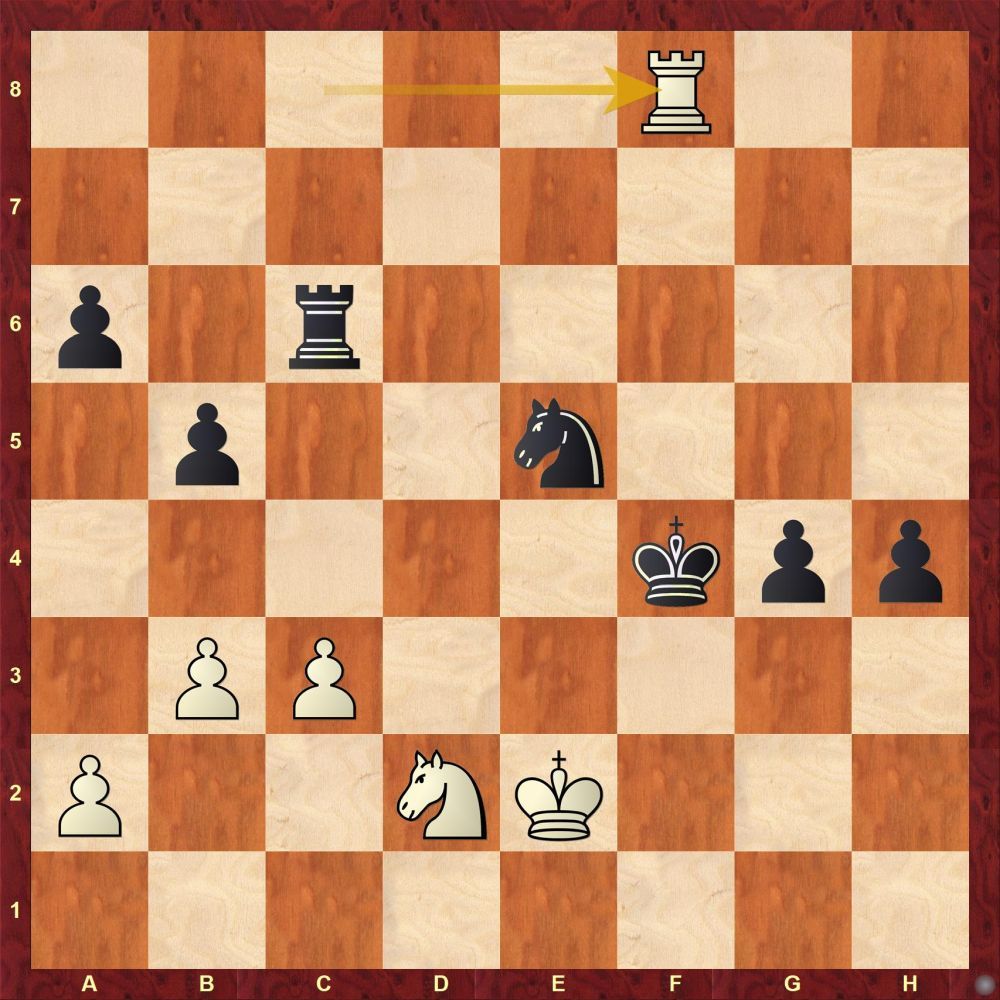 Sadnan missed a win and fell into a perpetual. Can you find the winning continuation for Black? 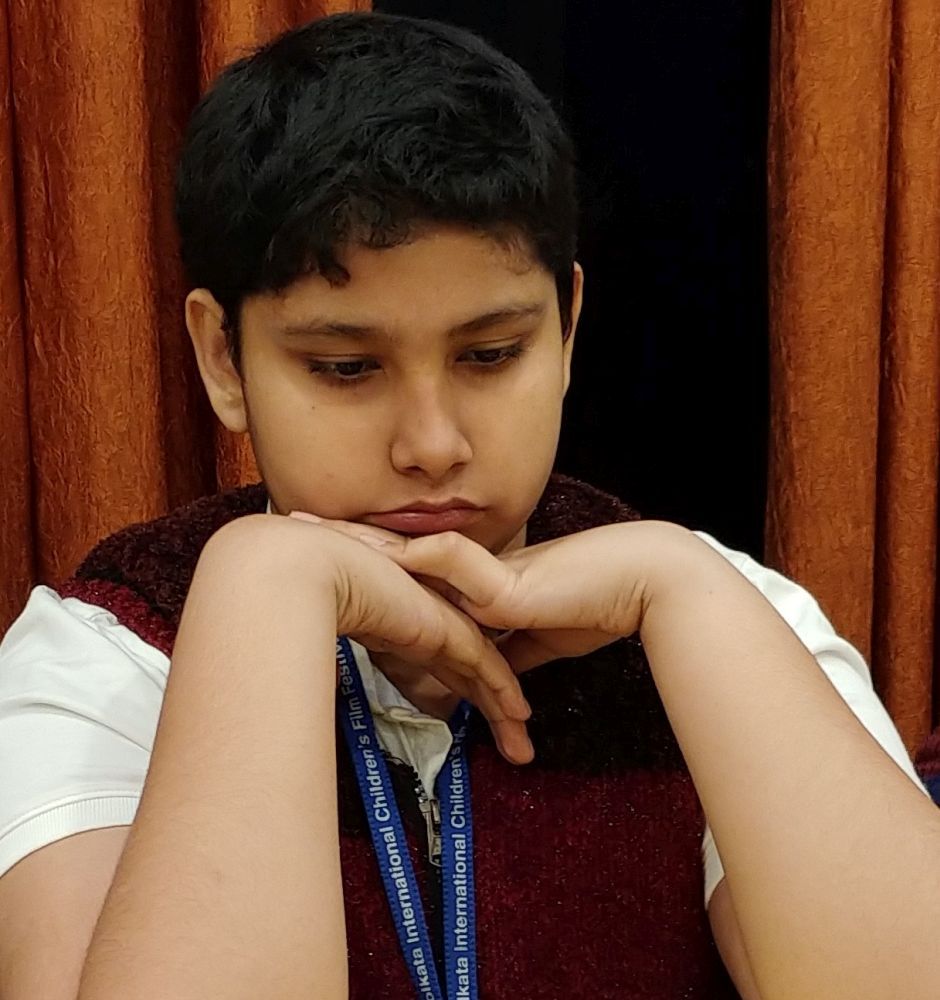 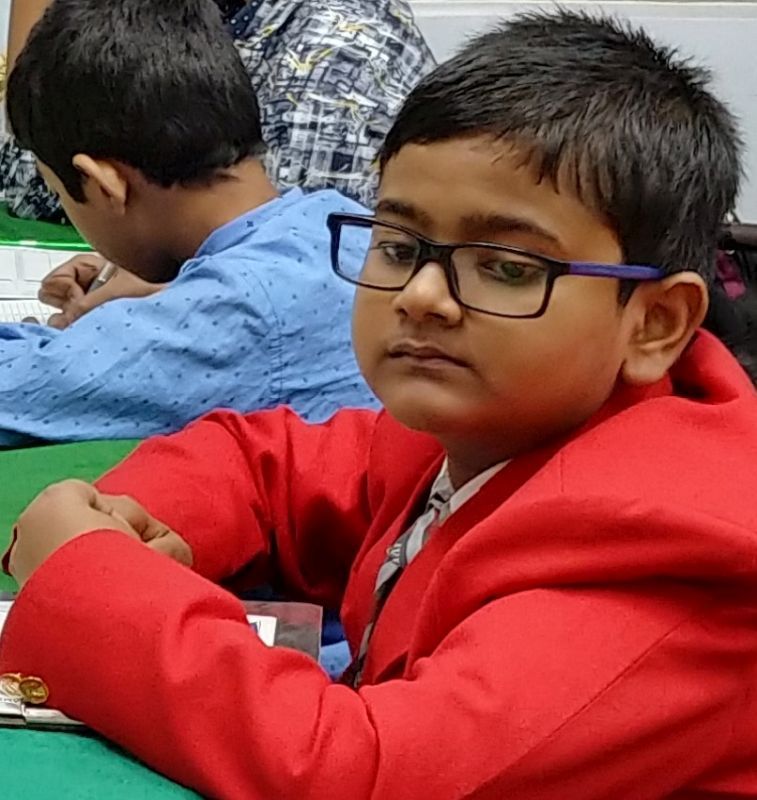 Among other upsets of round 2: 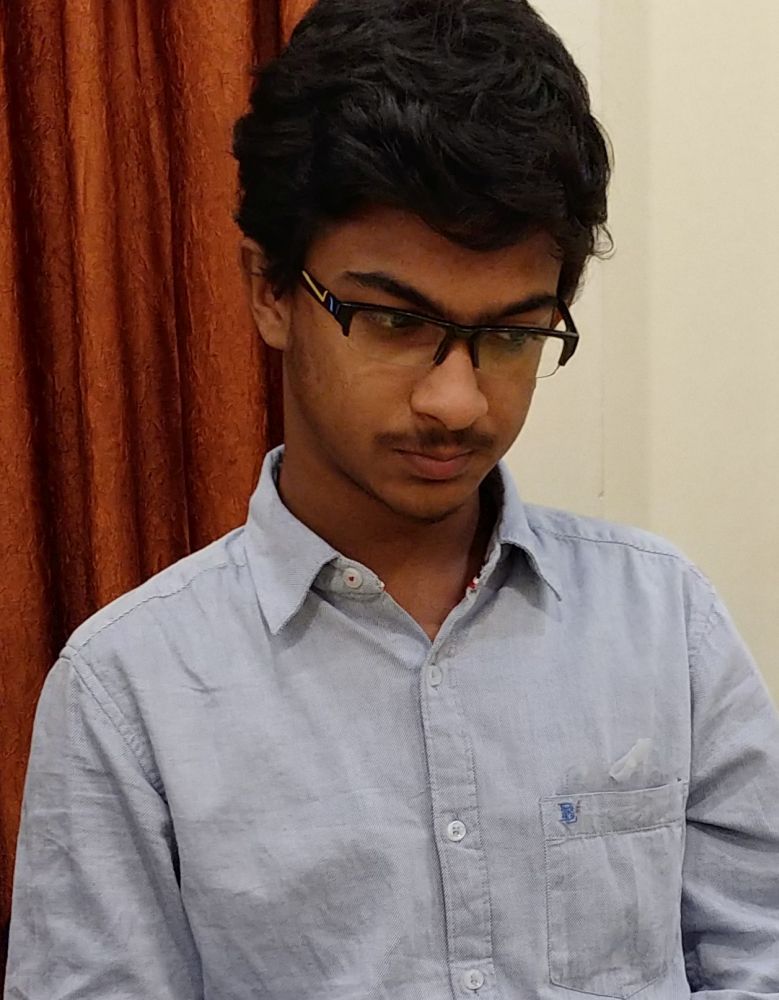 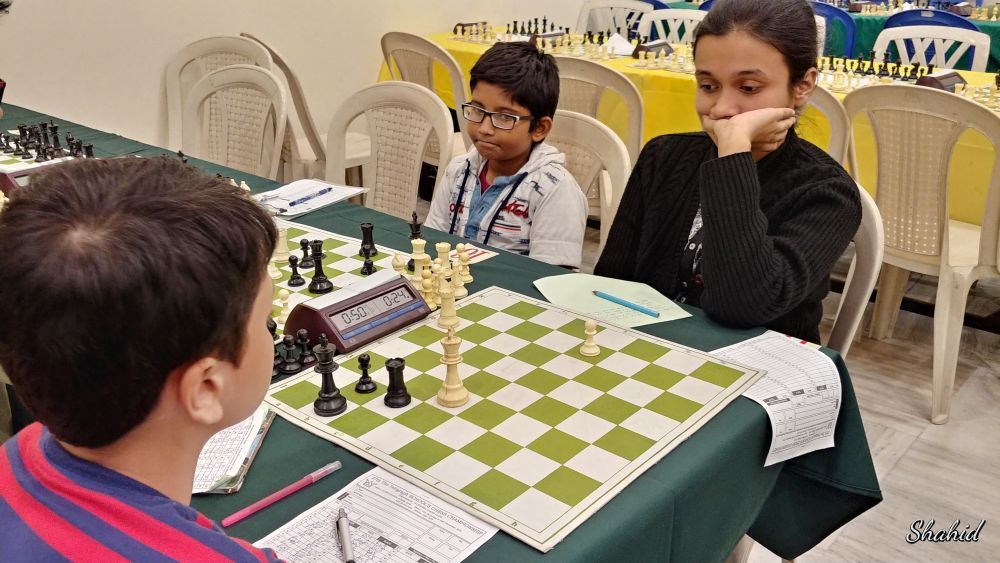 Diya Chowdhury who is in a terrific form was halted to a draw by Soham Bhattacharyya (1290) in a marathon game spanning over 3.5 hours and 92 moves long | Photo: Shahid Ahmed 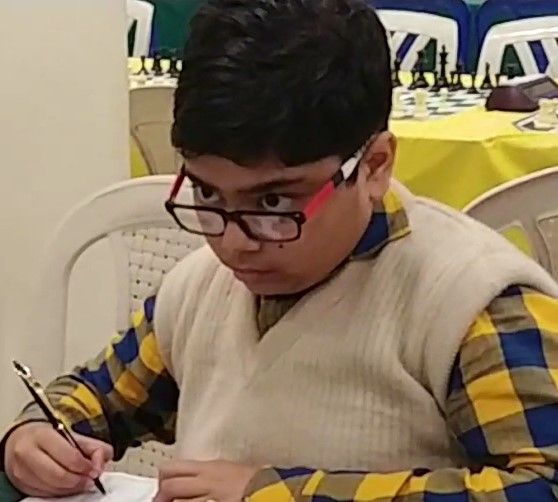 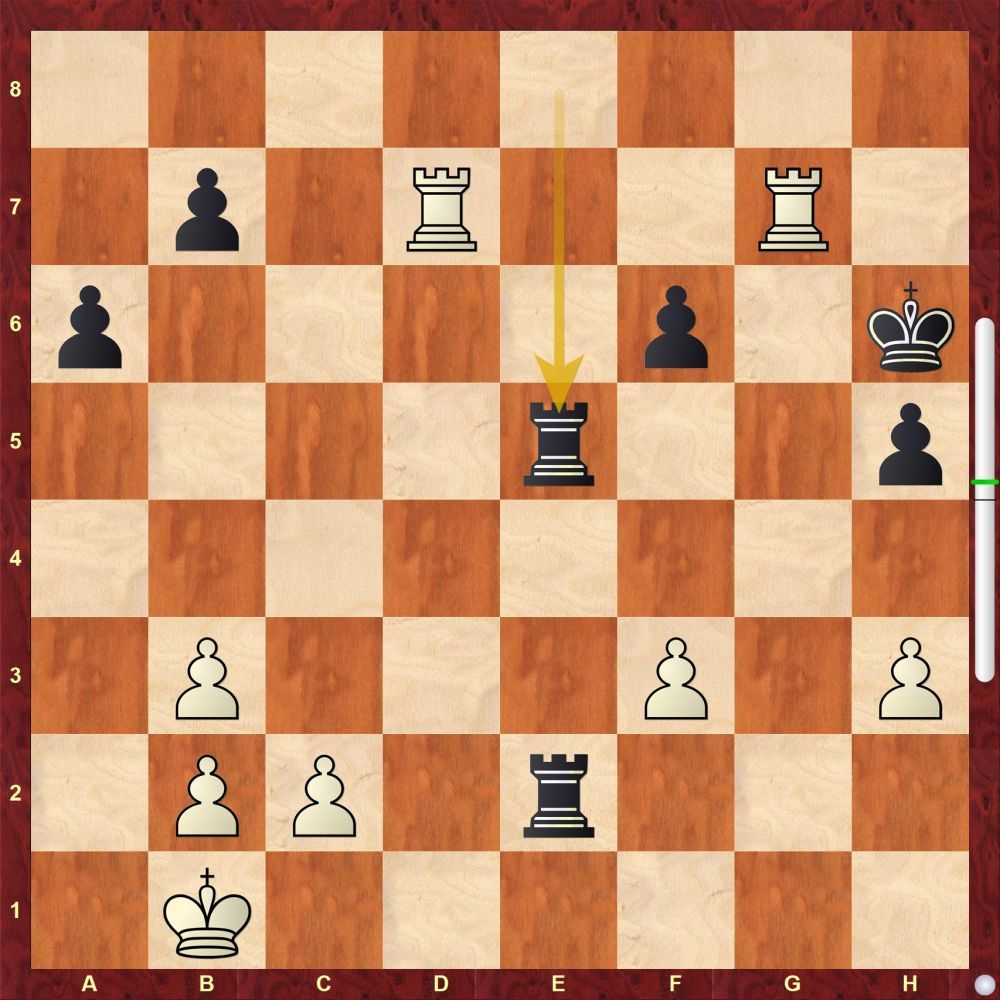 Among other upsets of round 3: 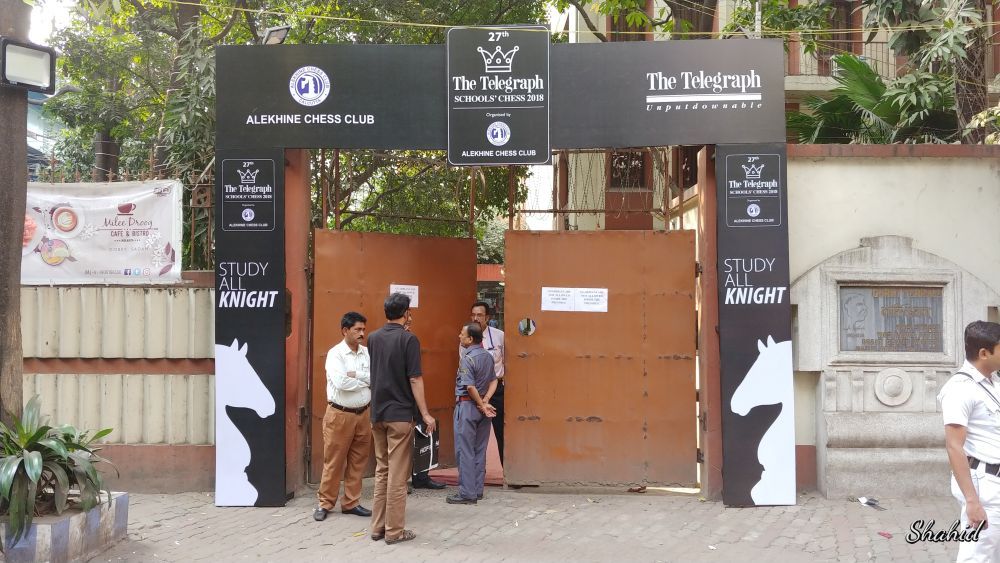 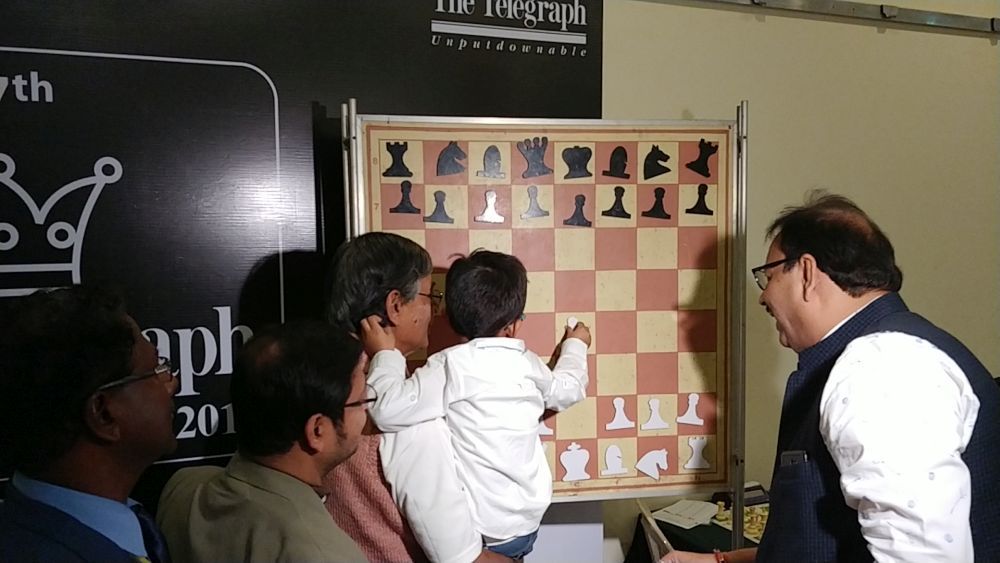 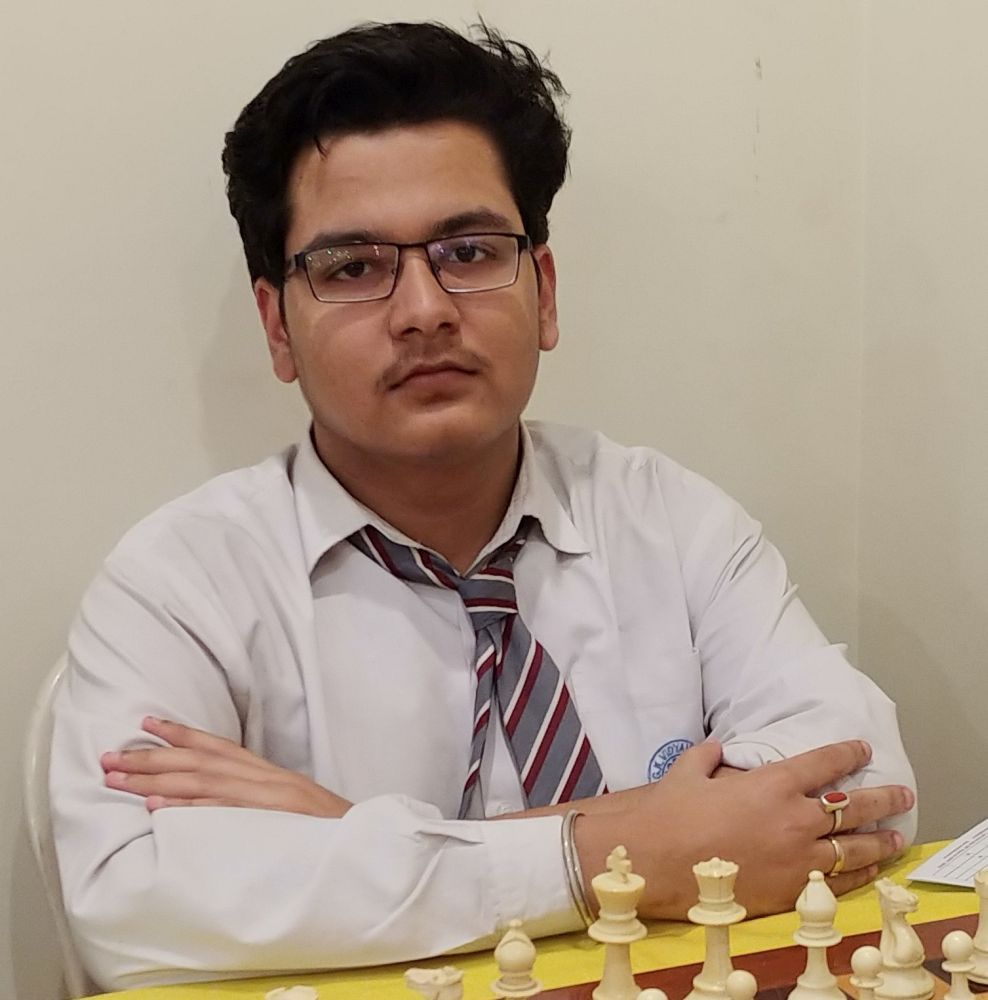 Second seed FM Mitrabha Guha is yet to face a stiff challenge. He is also at 3.0/3 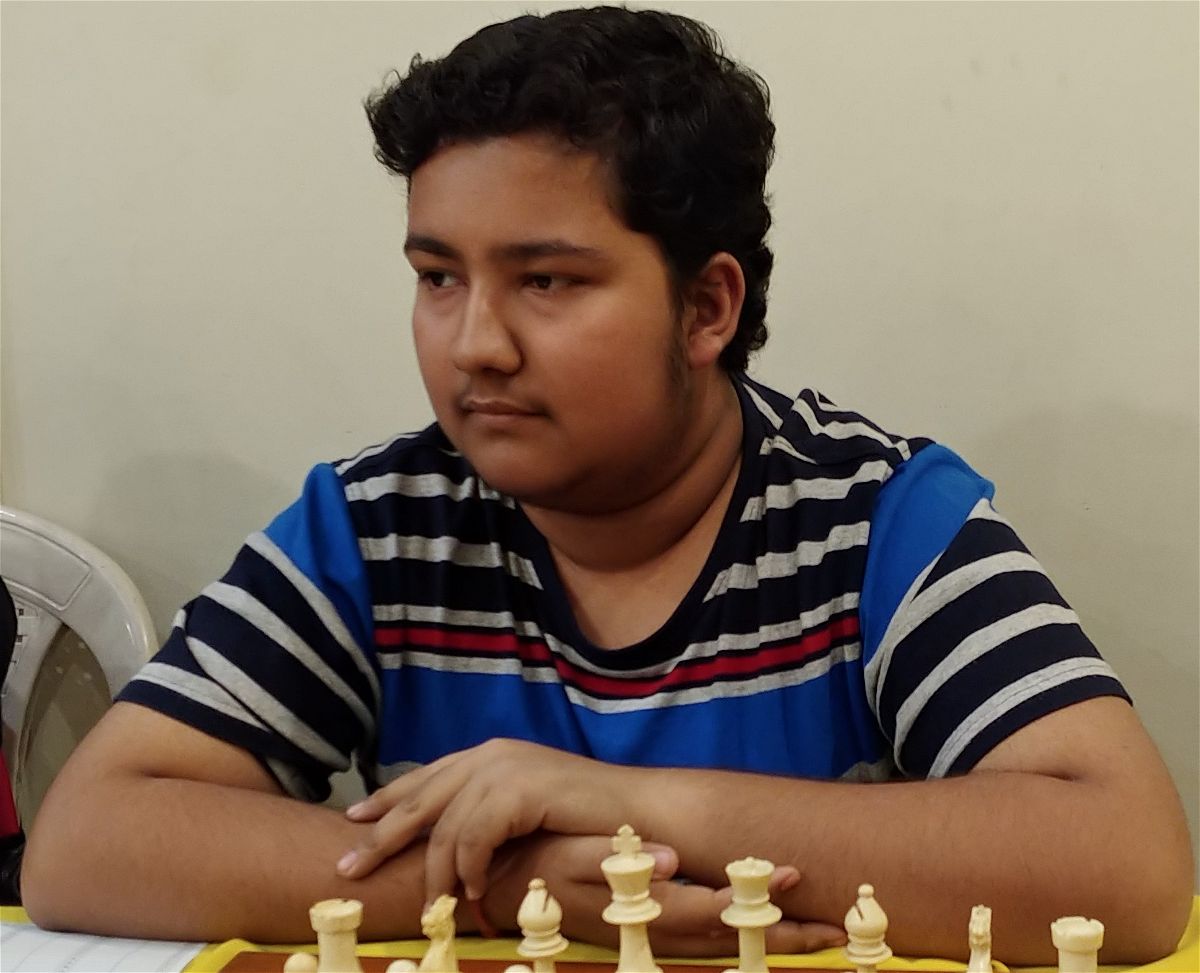 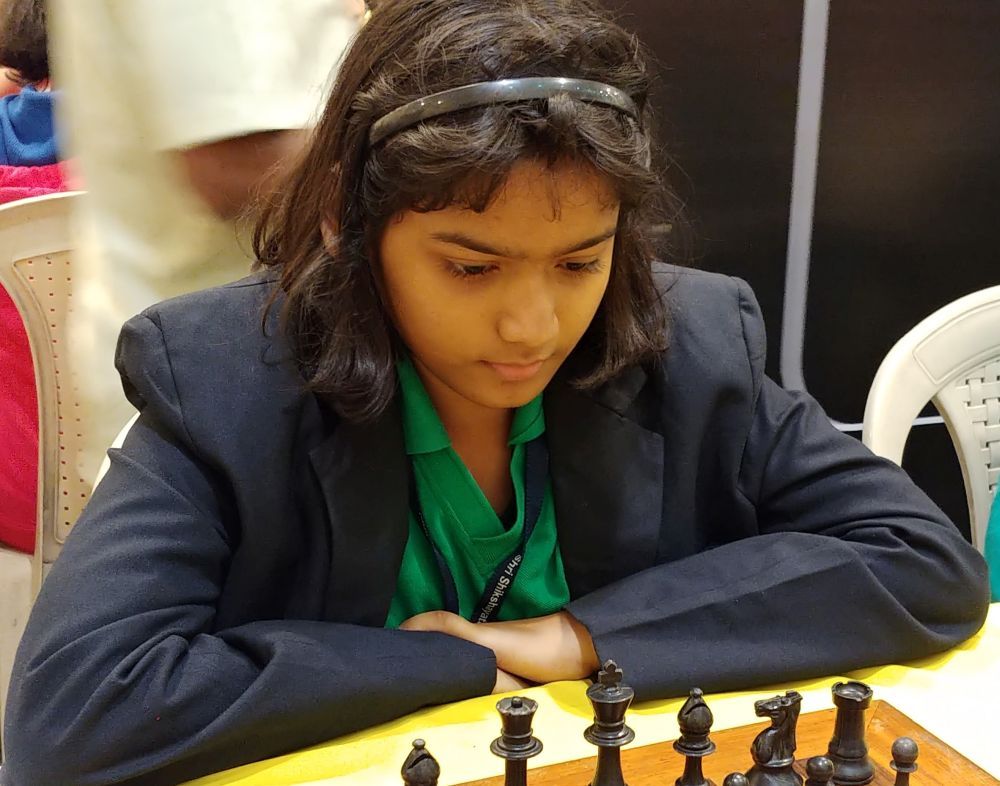 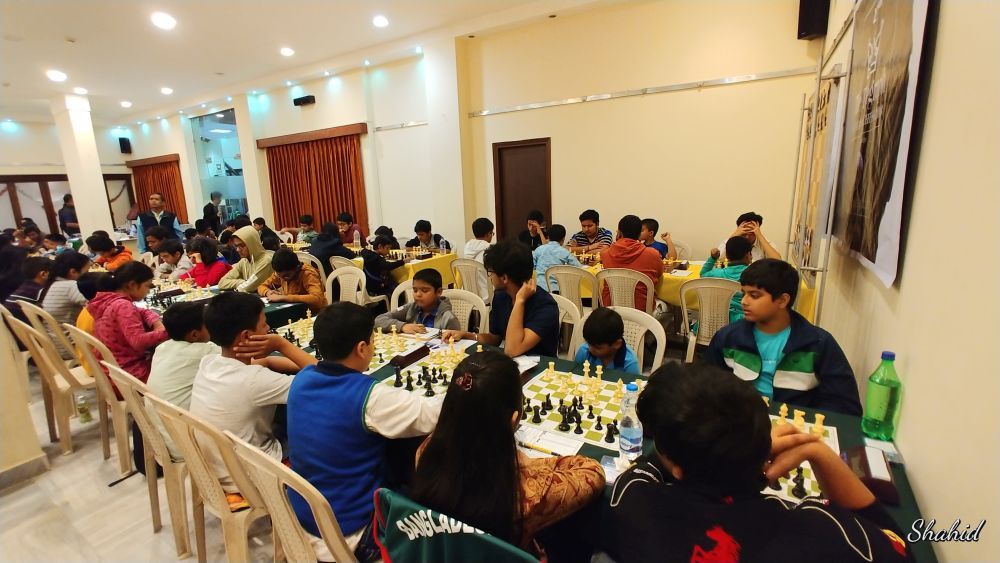 The Main Playing Hall which was formerly known as 'House of Friendship' has witnessed the world's who's who in action including Vishy Anand, Viktor Korchnoi, Nigel Short, Daniel King and many more 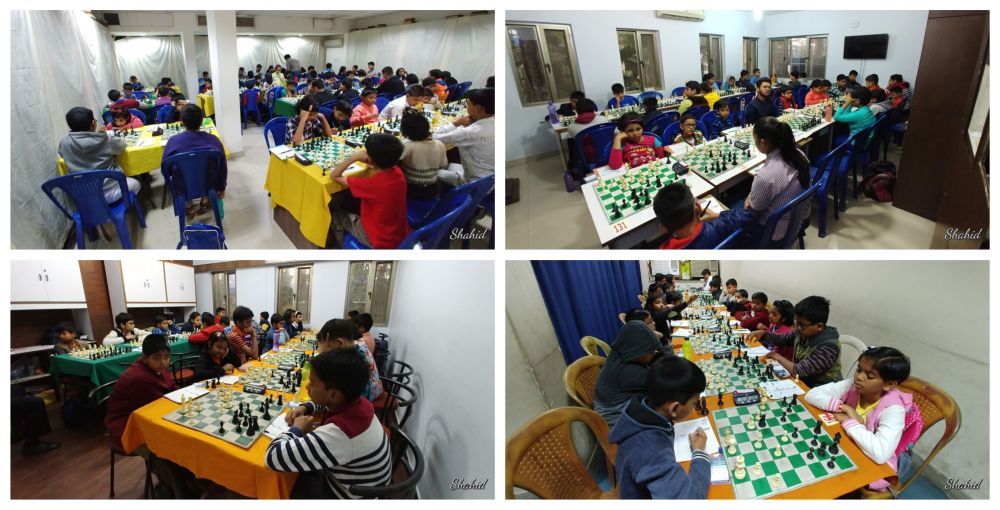 Over 425 players are playing in six different tournament halls

Even the stage has been converted to a playing arena 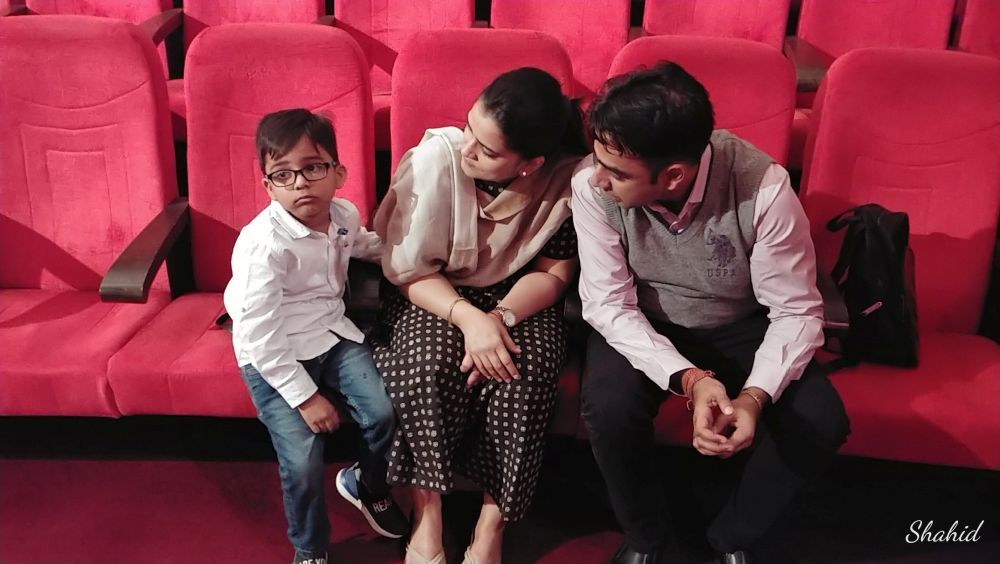 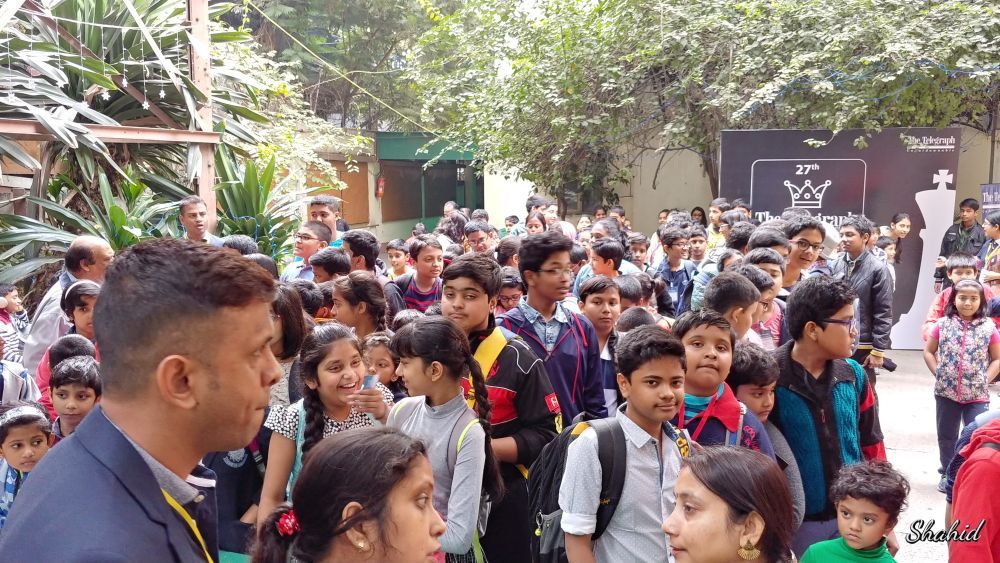 Kids make queue for lunch after round 2