Nikita Vitiugov of Russia and Maxime Vachier-Lagrave of France drew their respective games to advance to the quarter-finals of FIDE World Cup 2019. Along with them, Yu Yangyi of China also confirmed a spot in the quarter-finals by beating Ian Nepomniachtchi of Russia. Jan Kryzysztof Duda of Poland suffered his first loss of the tournament against Jeffrey Xiong of USA. They along with eight other players will play their respective tie-breaker matches today to determine who will advance to the quarter-finals. Photo: Official site

Nepomniachtchi, Svidler and So gets knocked out 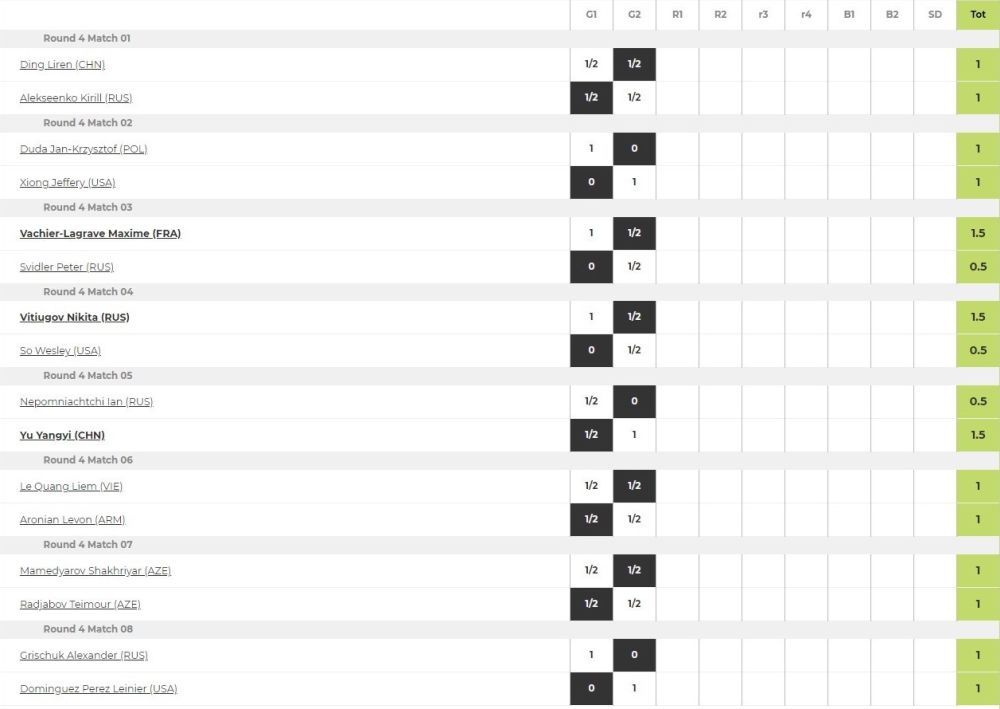 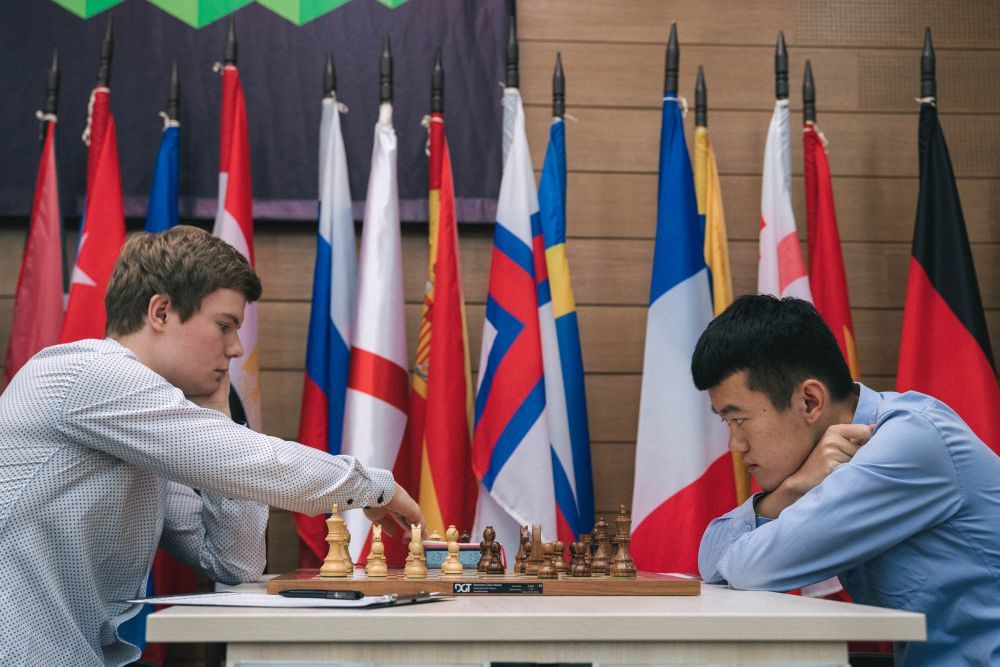 Kirill and Ding will have to play tie-breakers as their mini-match did not yield a decisive result | Photo: Official site

Ding made the dubious choice of going for a rook by giving up two minor piece in Italian Game which resulted in a bad position for the Chinese ace. Ding managed to liquidate into a bishop and knight vs. rook ending where he managed to hold a draw. 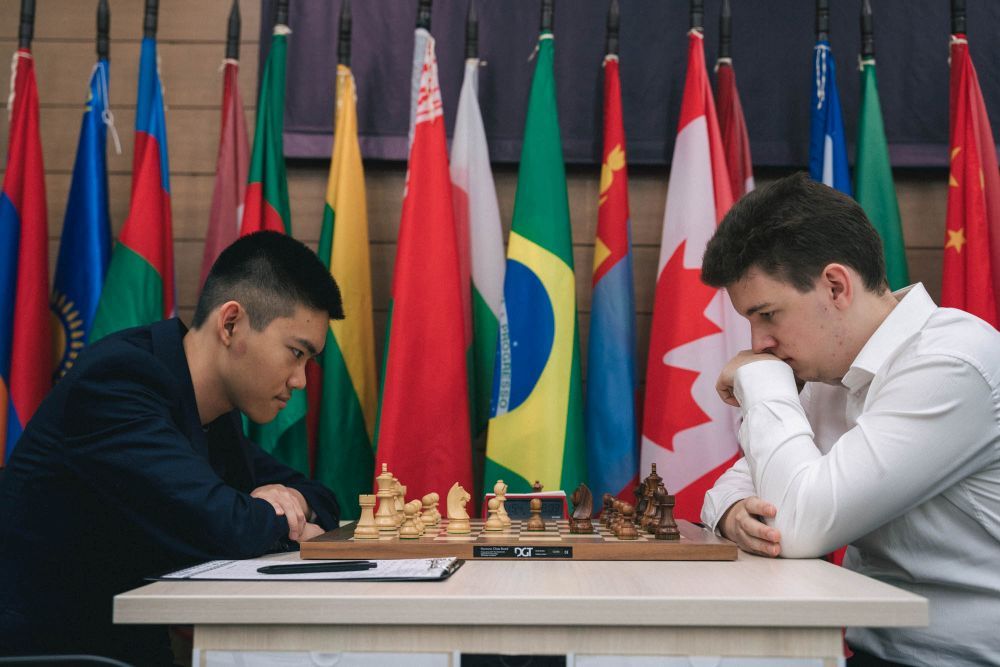 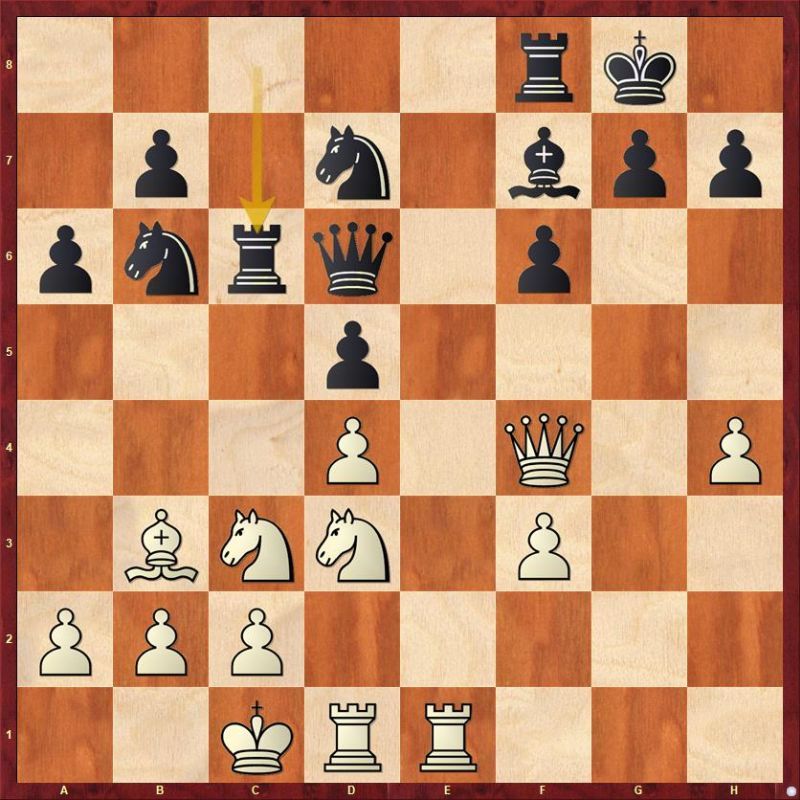 Duda blundered here with 20...Rc6. Find out why it is a mistake 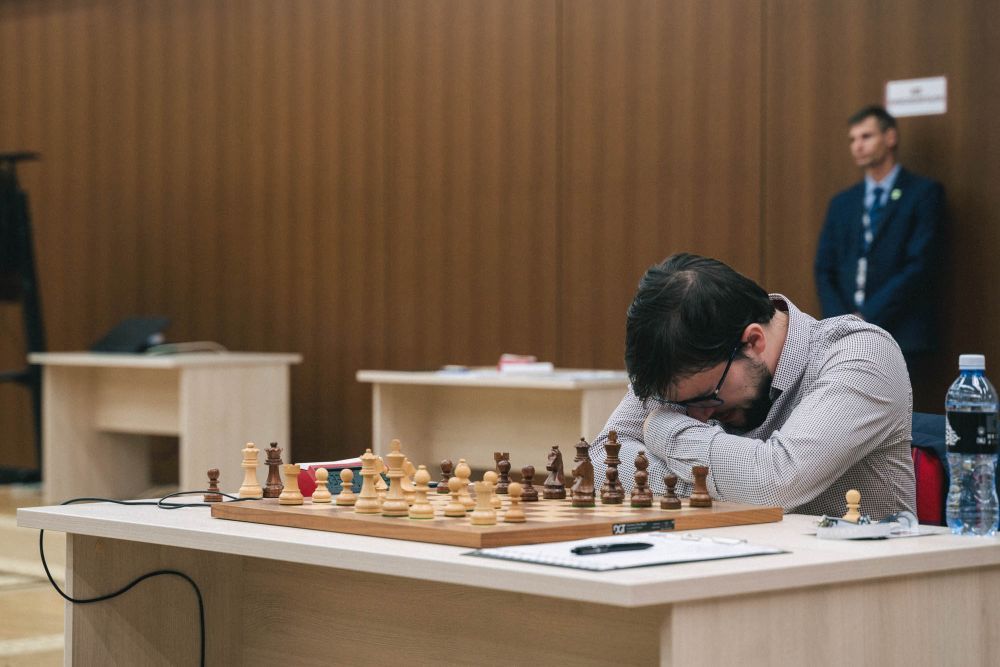 The Najdorf expert MVL scored an easy draw against Peter Svidler to book a place at the quarter-finals | Photo: Official site 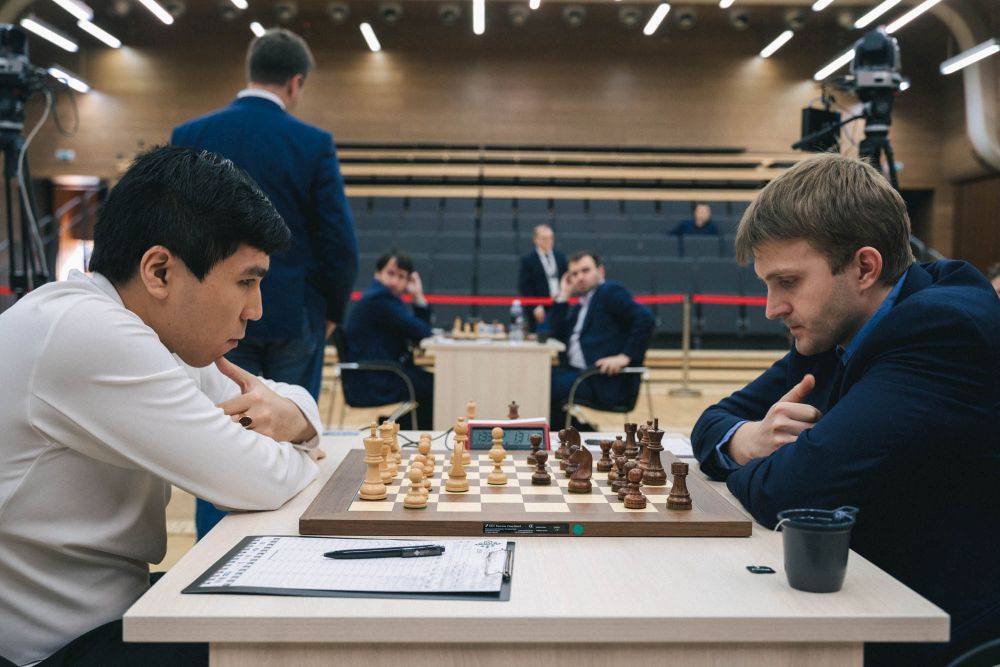 Nikita Vitiugov has been absolutely unstoppable in this tournament | Photo: Official site 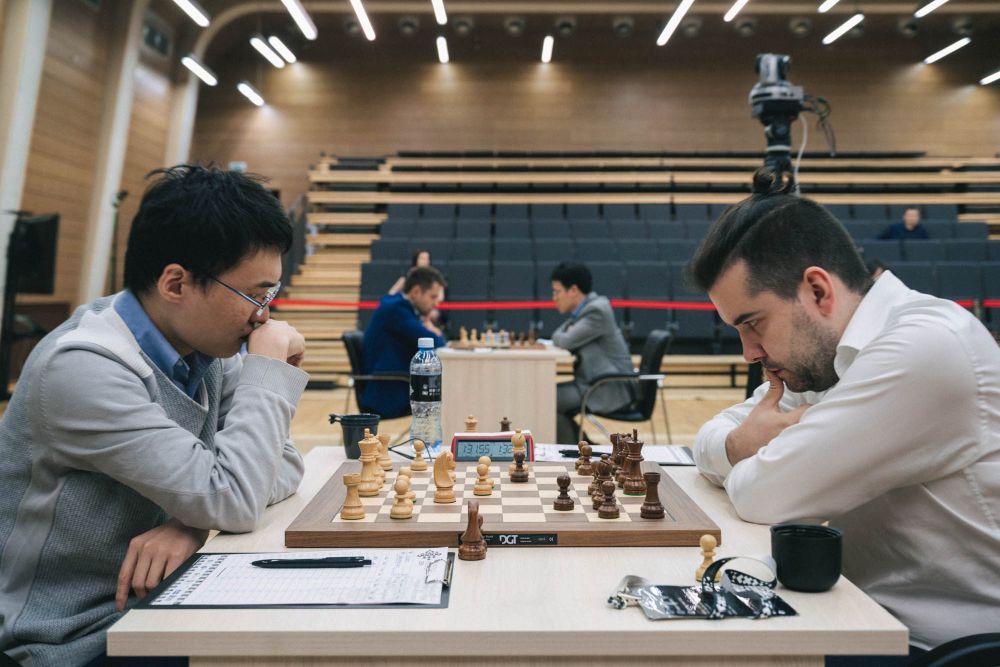 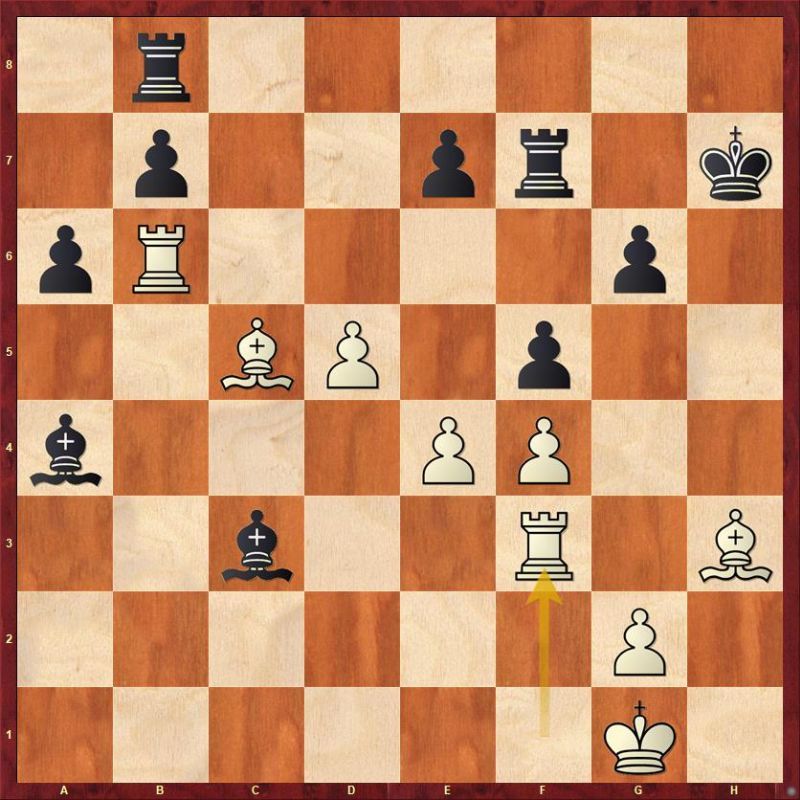 White just played 24.Rf3 threatening the bishop. Where should black retreat his bishop?

Nepomiachtchi miscalculated the forthcoming danger on the kingside and retreated the bishop to a5. Yangyi played the obvious 25.Re6 and soon after that Nepo's kingside broke like a house of cards. 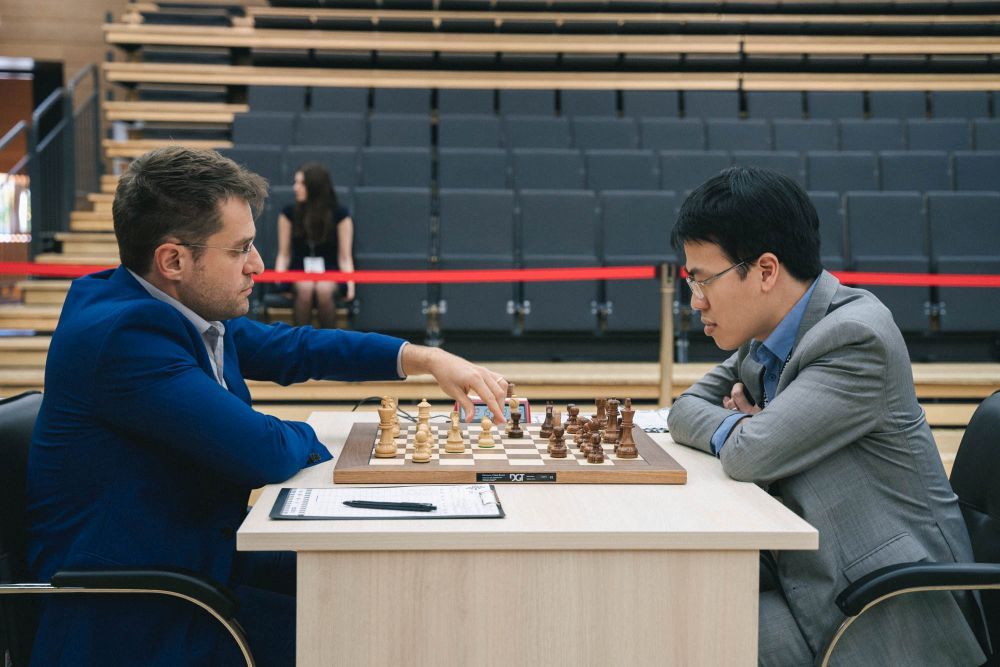 Aronian and Liem made a short draw in just 30 moves | Photo: Official site 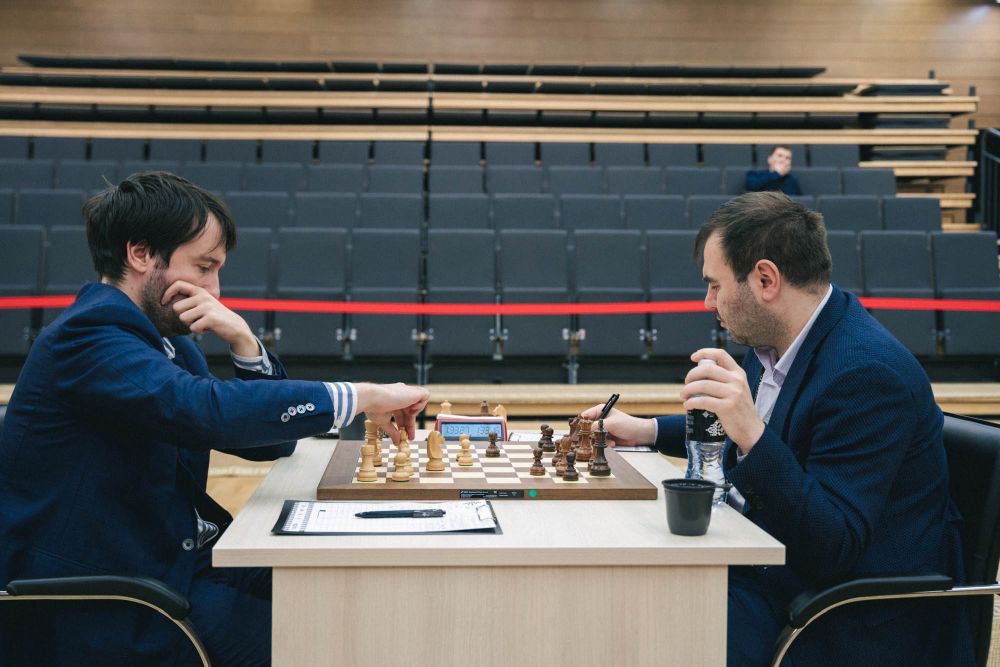 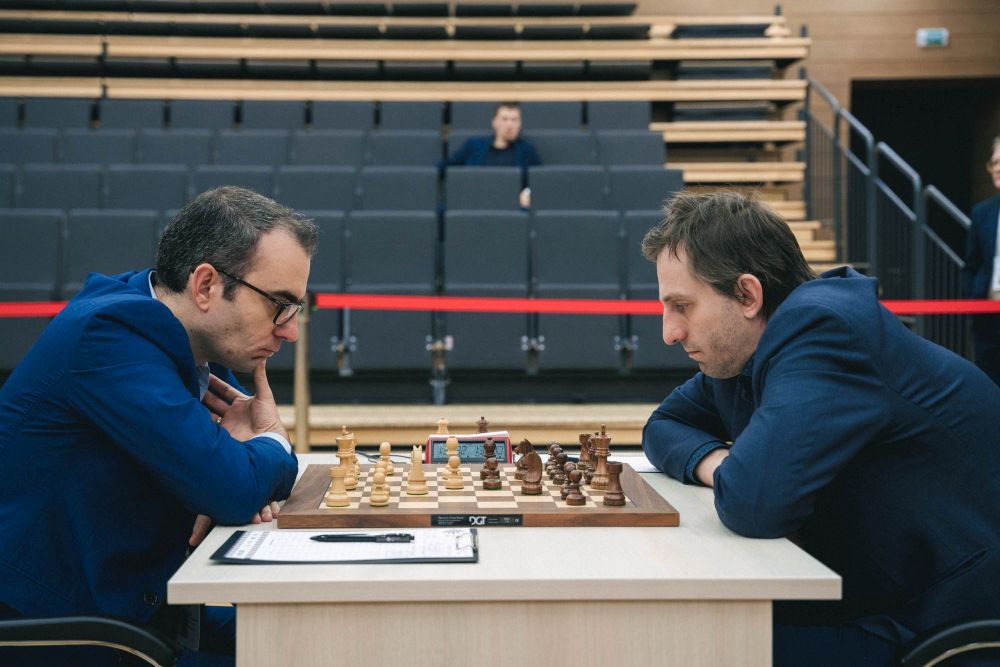 Grischuk suffered his first loss of the tournament and he will have to play tie-breakers | Photo: Official site
Leinier Dominguez Perez talks about his game against Grischuk and more | Video: FIDE 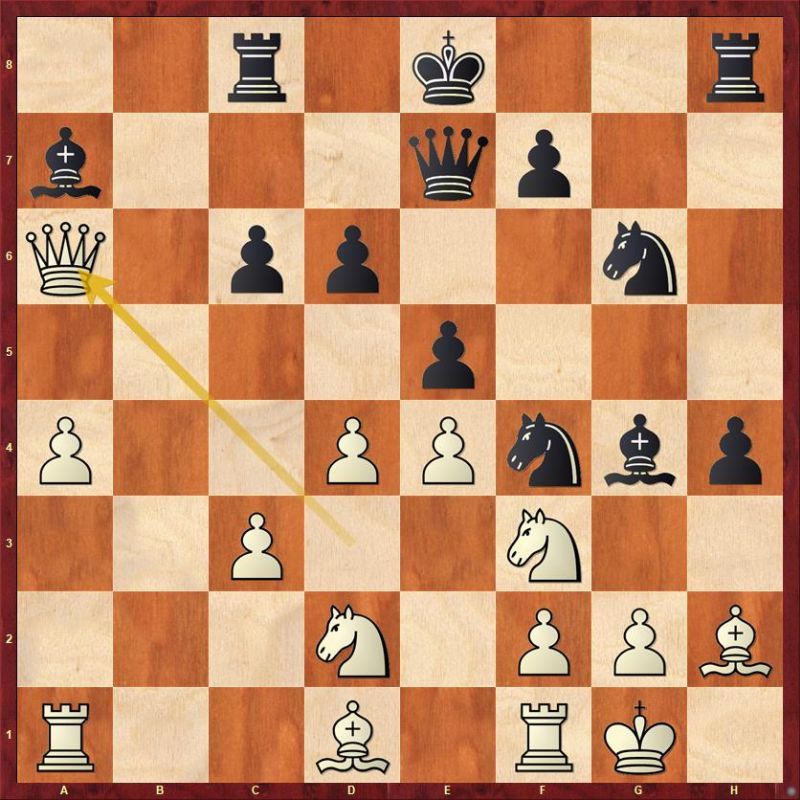 Grischuk had a momentary lapse in concentration and made a mistake with 24...0-0

Dominguez Perez was in a must-win situation, so he pounced into the opportunity and played 25.Nxe5 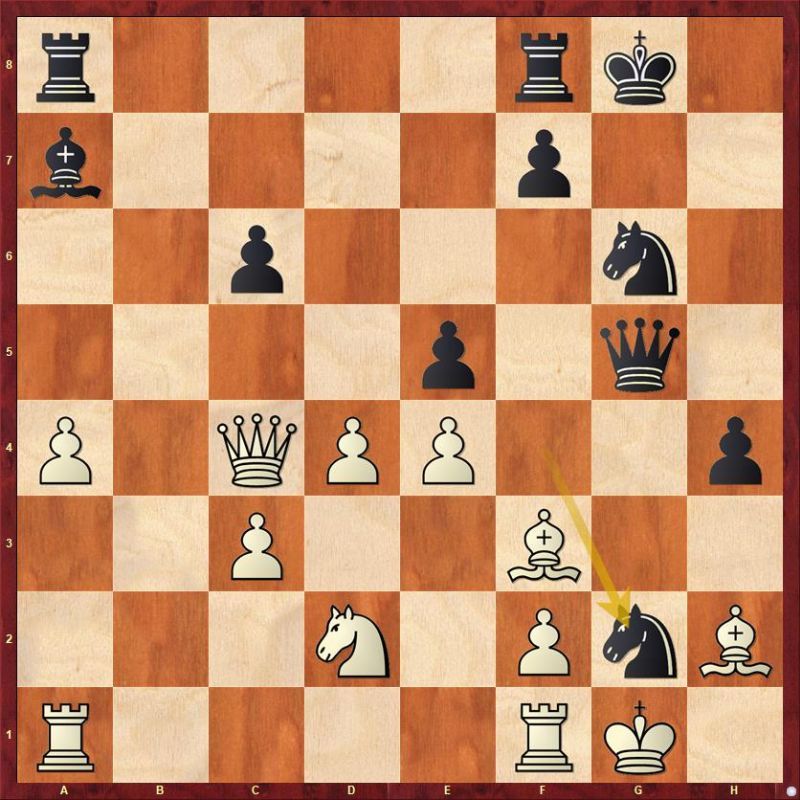 After a few moves, Grischuk made an irrevocable blunder 28...Nxg2

Grischuk should have continued with 28...h3 but his inaccurate sacrificed spelled doom for him, it was just a matter of time before he lost the game, when he needed just a draw to advance to the quarter-finals.

Watch the Live Stream of round 4.2