Every superhero has its origin story, every world class sports person has their own breakout moment. However some of these moments, we have only read briefly but not in great detail. Wouldn't it be interesting to know more about these world class players before they were superstars? Those who have Anish Giri's book - My Junior Years in 20 Games are well versed with his triumph at Hokkaido Chess Championship in 2004 being his first major victory. For the first time the games are being made available for public in this article thanks to Mr. Sugimoto, Sapporo Chess Club and NCS Japan newsletter. Photo: Mr. Sugimoto/Sapporo Chess Club

Have you ever wondered how someone who is currently a 'Super' Grand Master played in their formative years? Wouldn't it be great to get a glimpse of their progression through the rating ranks? It might serve as an encouragement to someone new striving to reach those heights in chess.

In December 2020, an article introducing the Sapporo Chess Club, was published in the monthly newsletter of the National Chess Society of Japan. This article had a paragraph about a certain 'elementary school student from Russia'.

While this was briefly touched upon, in an “Evolution” episode by ChessBase India, I felt there must be some information that is hidden and simply needs to be dug-out.

Later, in March 2021, I reached out to Mr. Sugimoto of Sapporo Chess Club, to request information about the Hokkaido Chess Championship (qualifier tournament for Japan Chess Championship) and permission to publish it in ChessBase India. He was kind enough to not only grant the permission, but also offered to send information about a certain young member of the club, from 2004, named Anish Giri.

I jumped at this “sone pe suhaga”(golden opportunity) offer with glee.

GM Anish Giri, a world top 10 Grand Master with a brilliant sense of humour, spent a part of his formative years (2002 onwards, for a few years) in Sapporo city, which is the capital  city of the northern-most prefecture of Japan, called Hokkaido.

The following information is based on the excerpts from the article in the newsletter of National Chess Society of Japan, and the document sent by Mr. Sugimoto, detailing the 10th Hokkaido Chess Championship.

Anish's father, Mr. Sanjay Giri was enrolled at the Hokkaido University for a doctoral program, where he discovered the Sapporo Chess Club, headed by Mr. Toshiyuki Nishimura (Nishimura sensei). Anish, having been trained in the Russian chess schools, joined the club with a far stronger level of chess than usually seen in children aged 8. [1]

Returning stronger after a brief trip to Russia, Anish had a chance to participate in the 10th Hokkaido Chess Championship held on March 06 and 07 2004, under the auspices of the then Japan Chess Association (JCA).[1, 2]

(JCA has been disbanded. All affairs of chess in Japan are now handled by the FIDE affiliated National Chess Society of Japan)

Anish was rated 1826 and started as the second seed. Mr. Hayashi Kenji was the top seed rated 1879.

*Yamada, Kohei is now a Fide Master, rated 2131 (FIDE std). He handles and streams on the official youtube channel of the National Chess Society of Japan.

Anish started with a win, but was held to two draws before winning the fourth round.

He found himself having to face the leader of the tournament in a must-win situation with black, in the final round. 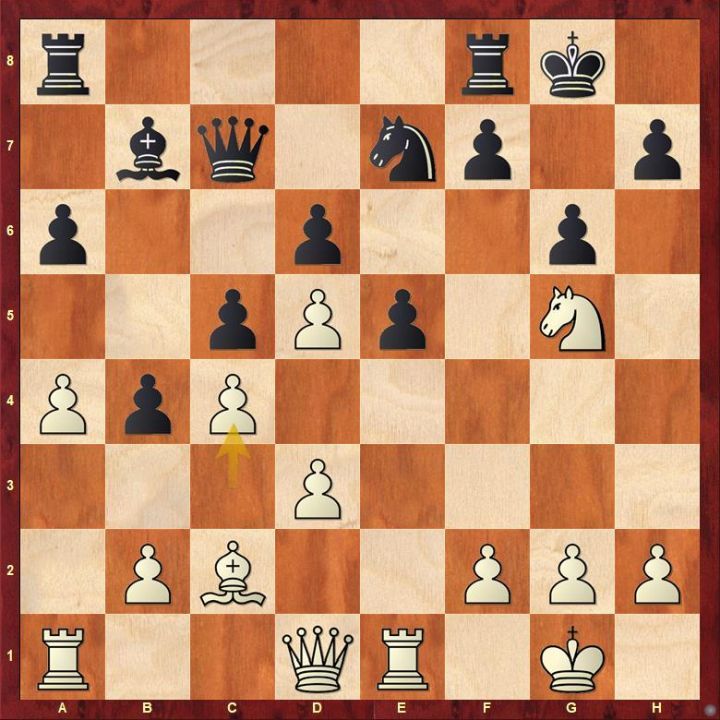 Try to think like 9-year-old Giri and find out his plan after 19.c4.

Anish won the last round, and with that, the event, unbeaten with a score of 4.0/5 with three wins and two draws and was thus crowned the “Hokkaido Chess Champion, 2004”.

Replay all games of Anish Giri

Anish's ascension to the Grand Master title, and world number 3 (2016) is a matter of pride for Mr. Nishimori, Mr. Sugimoto and the Sapporo Chess Club. They express the hope that one day, Anish will become the World Champion. [1]

Editor's note: Giri mentioned about his Hokkaido Championship 2004 triumph in his book - Anish Giri: My Junior Years in 20 Games. He writes, "My first ‘major’ victory came in 2004, when I became Hokkaido Champion. The Hokkaido Championship was a closed tournament of six players (if I am not mistaken), the strongest with a rating of approximately 2000. The games of this period have not found their way to a database, and rightly so. I presume that at this point in a player’s development it is far more important to know what games he has seen and studied than what kind of games he has played himself."