Come October, come chess festivals. A far simpler version than the Global Chess Festival, a festival of chess nonetheless, is conducted by NCS Japan in Tokyo. The instructions at the start were very clear - Play chess, Between games meet people, make new friends, Widen your circles and horizons annd Enjoy the festival. Thus began the one-day tournament called Tokyo Chess Festival 2022, after two years of cancellations due to the pandemic situation. Check out a pictorial report of the event written by Mayur Gondhalekar. Photo: National Chess Society of Japan

This NCS Japan Rated over the board tournament consisted of three rounds, with a standard time control of 30 minutes + 30 seconds per move from the start.

The 48-participant limit was reached very quickly, of which 47 turned up to play. Using a bit of creativity, the organizers split the field into four different groups of roughly similar ratings, with prizes for top players from each of the groups.

The venue was Ikegami Kaikan, where I have probably played a chess event prior to the formation of NCS Japan. It is a nice suburb of Tokyo, with parts of it having a certain rustic feel.

Two players from Japan’s Olympiad teams took part in this event: CM Atsuhiko Kobayashi, and Yuki Misawa. Kobayashi got the Candidate Master title after his sterling performance at the Chess Olympiad, where he got the better of a Lithuanian GM on board no.4.

While my performance might be termed as ‘forgettable’, two of my games were quite interesting, while the tournament as a whole was memorable, especially the amount of interaction with other players between the rounds.

The field of participants was split into four groups of twelve players each. Prizes included cash, Chessmood coins, and Chess.com diamond memberships. I ended up in the top group. 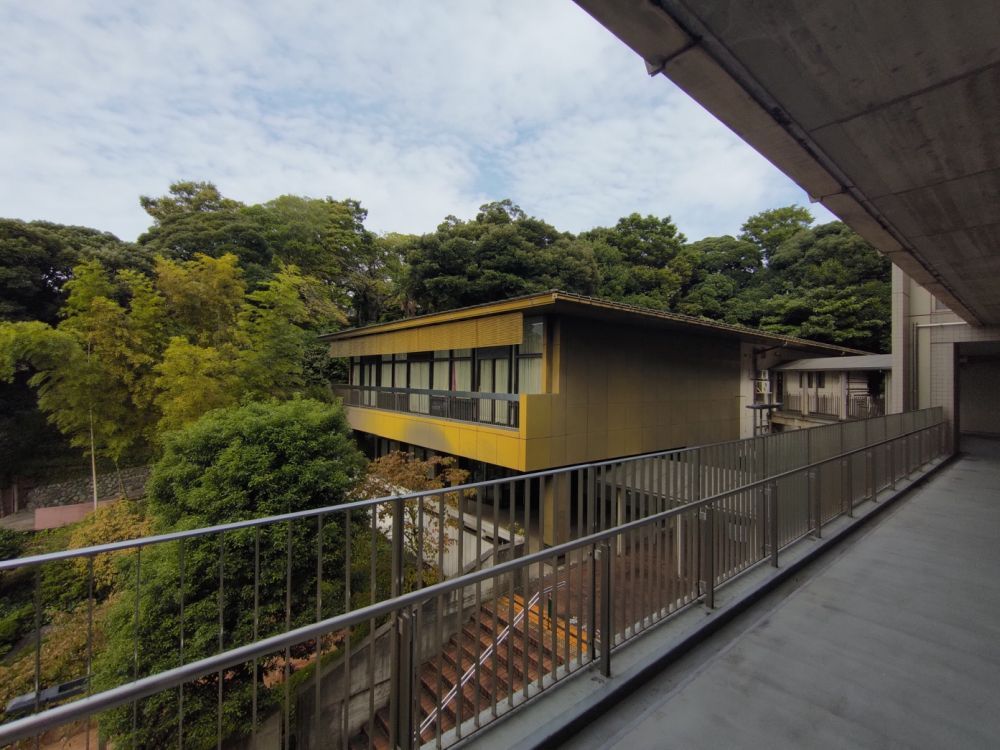 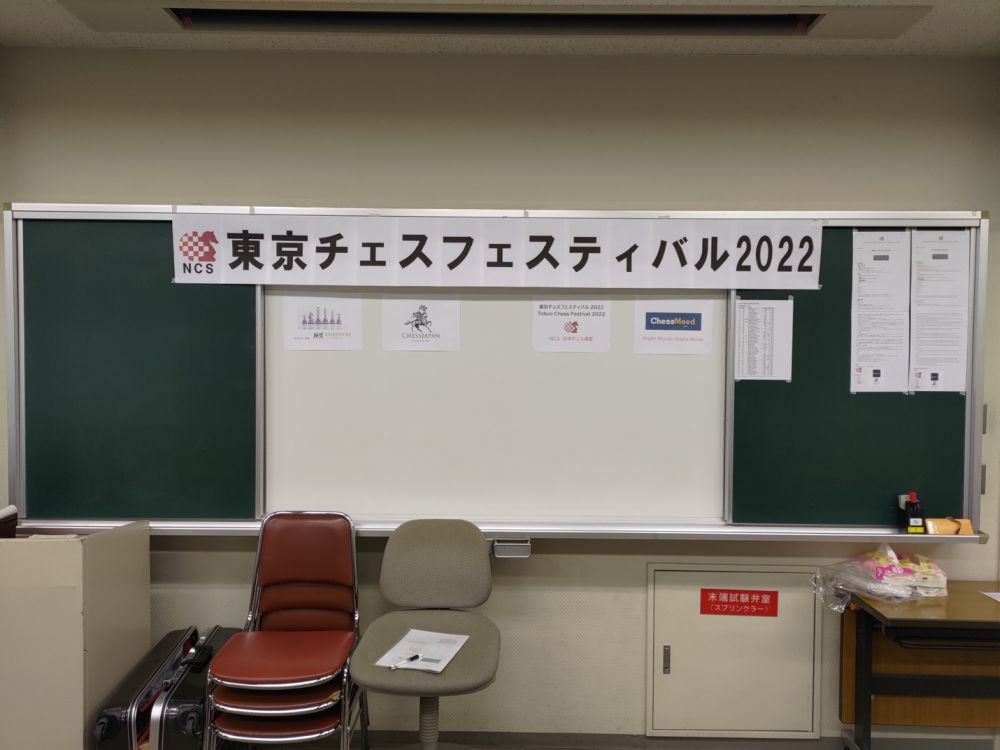 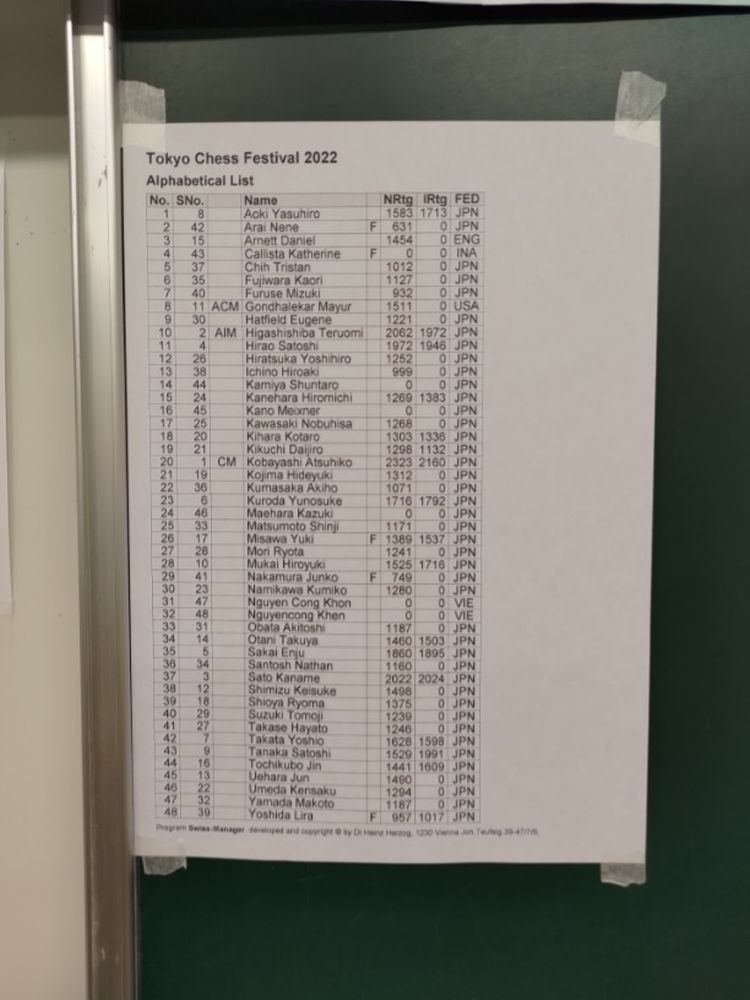 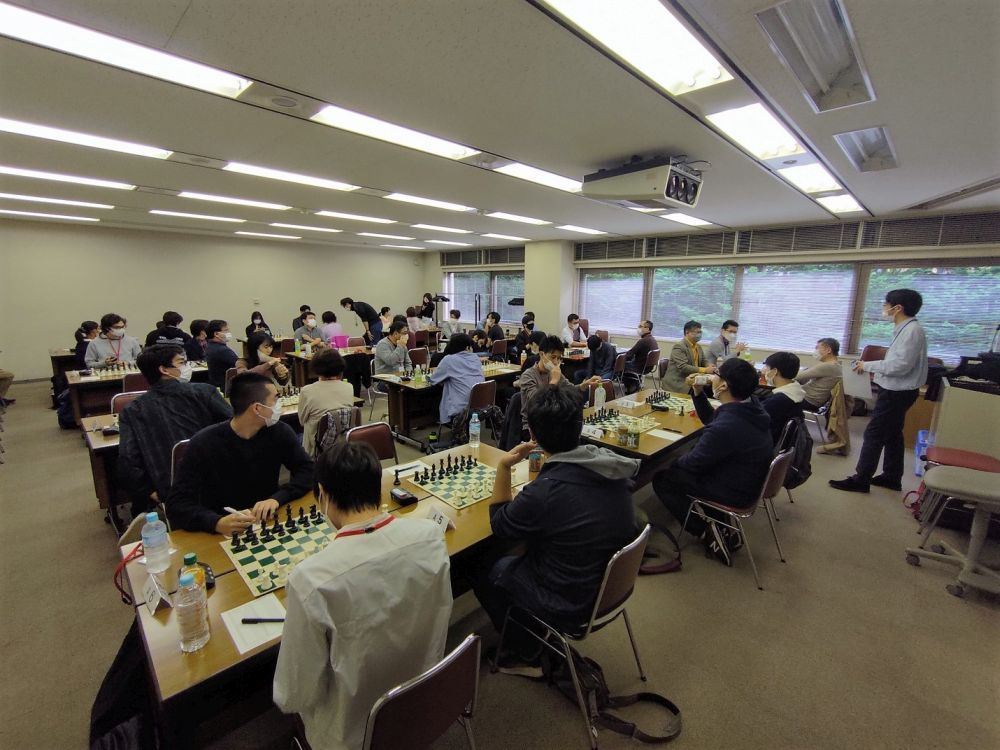 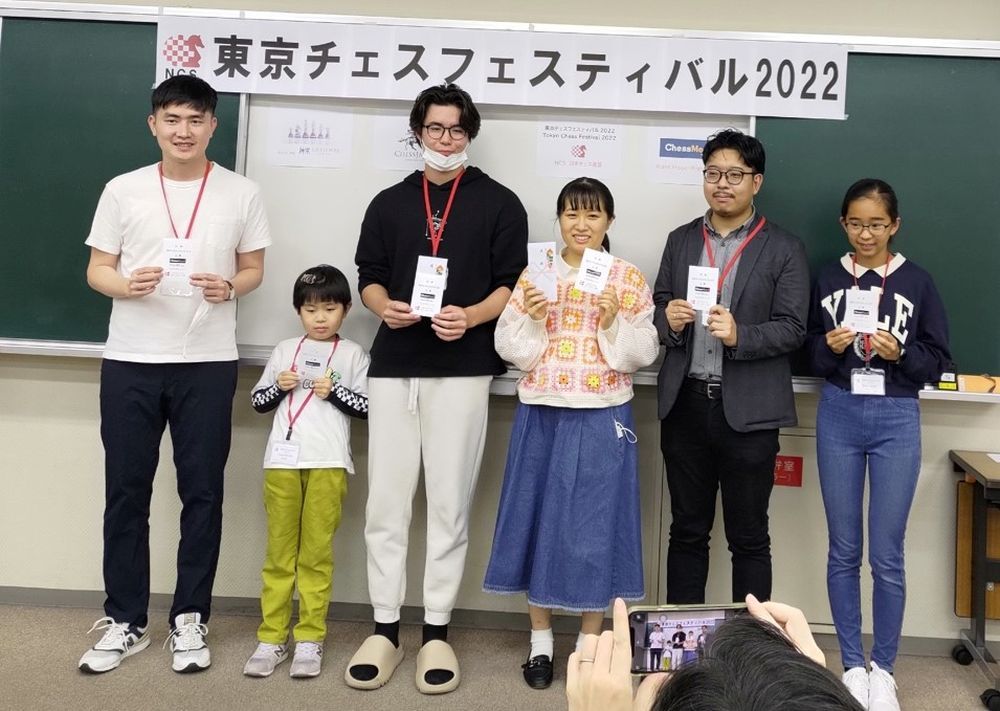 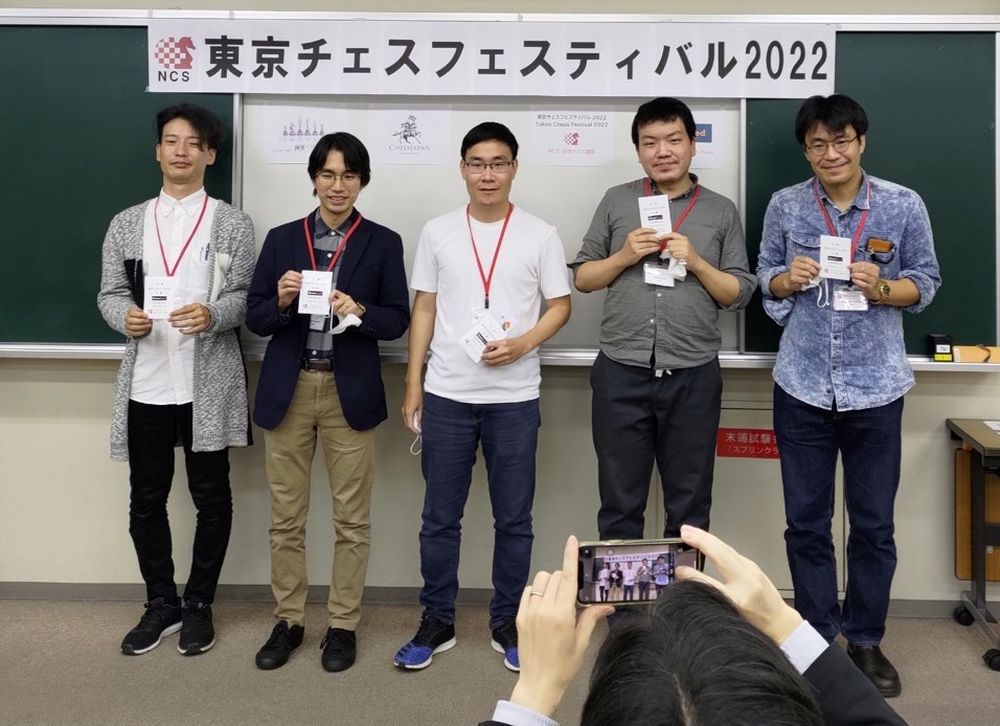 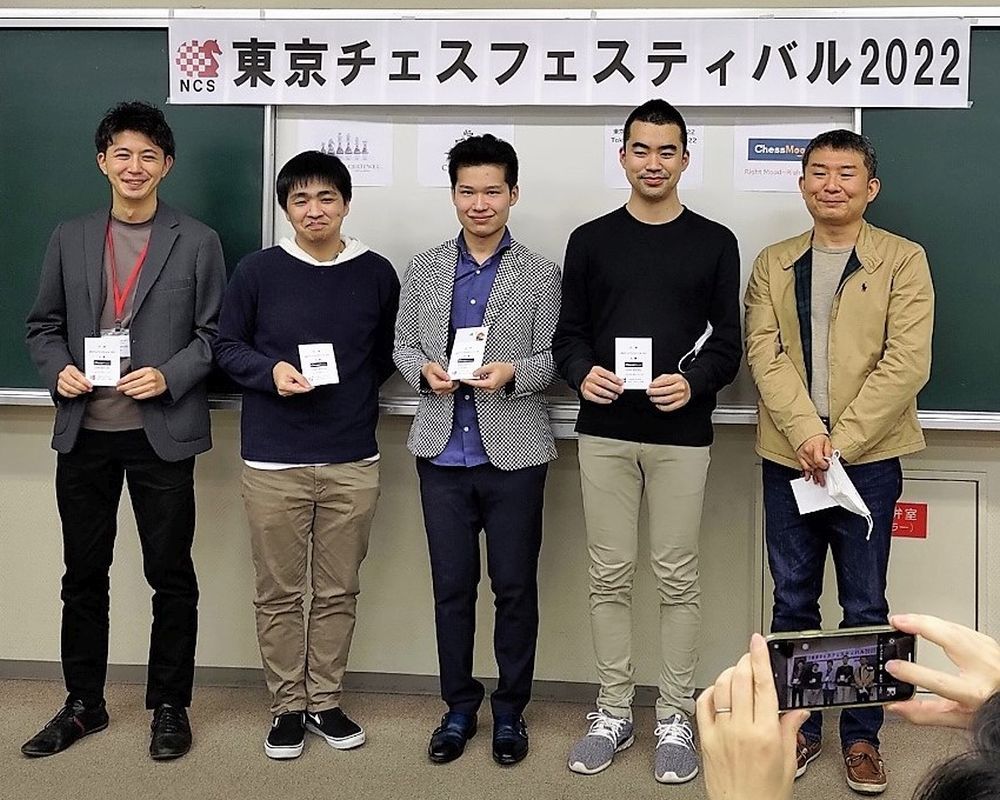 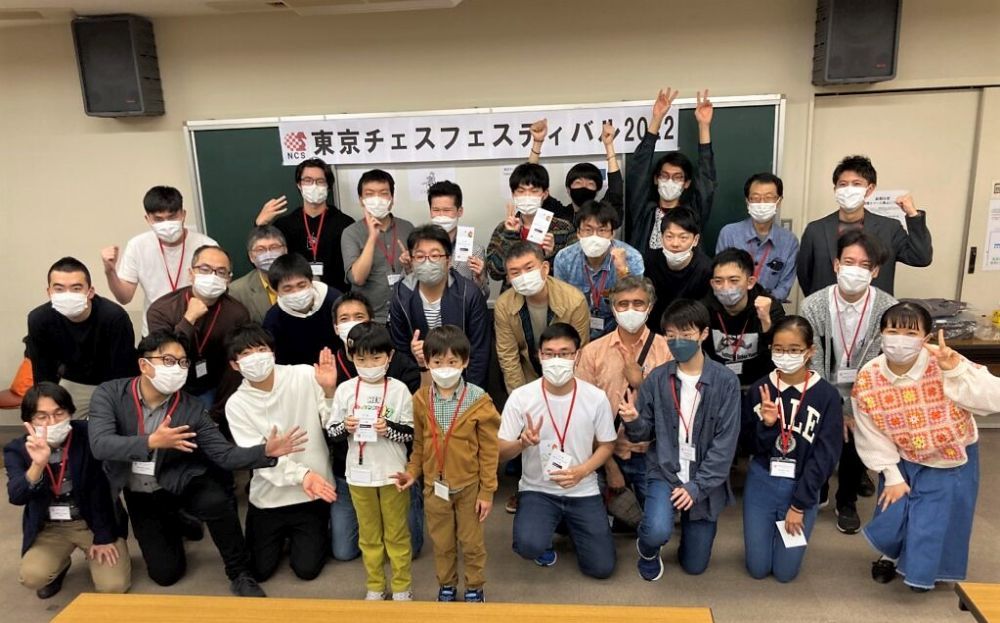 Tokyo Chess Festival 2022 was a successfully conducted event where the participants played fighting chess, met new people and had a lot of fun. Such kind of interactive events would ensure a friendlier and supportive chess community. 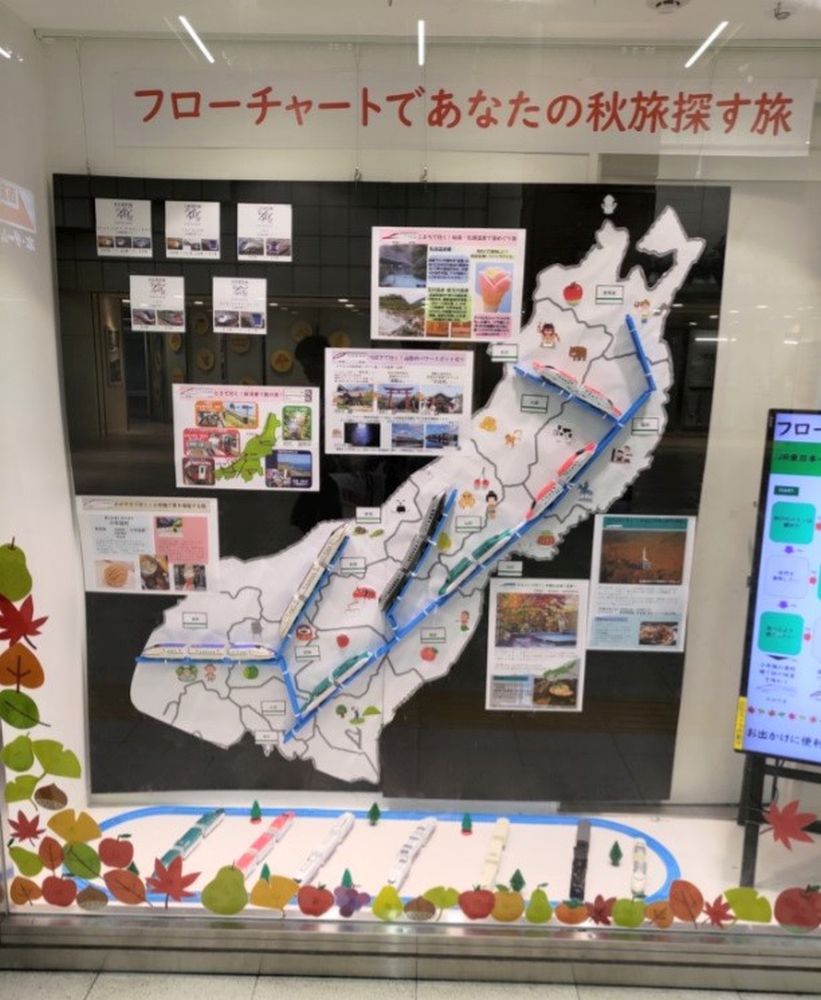 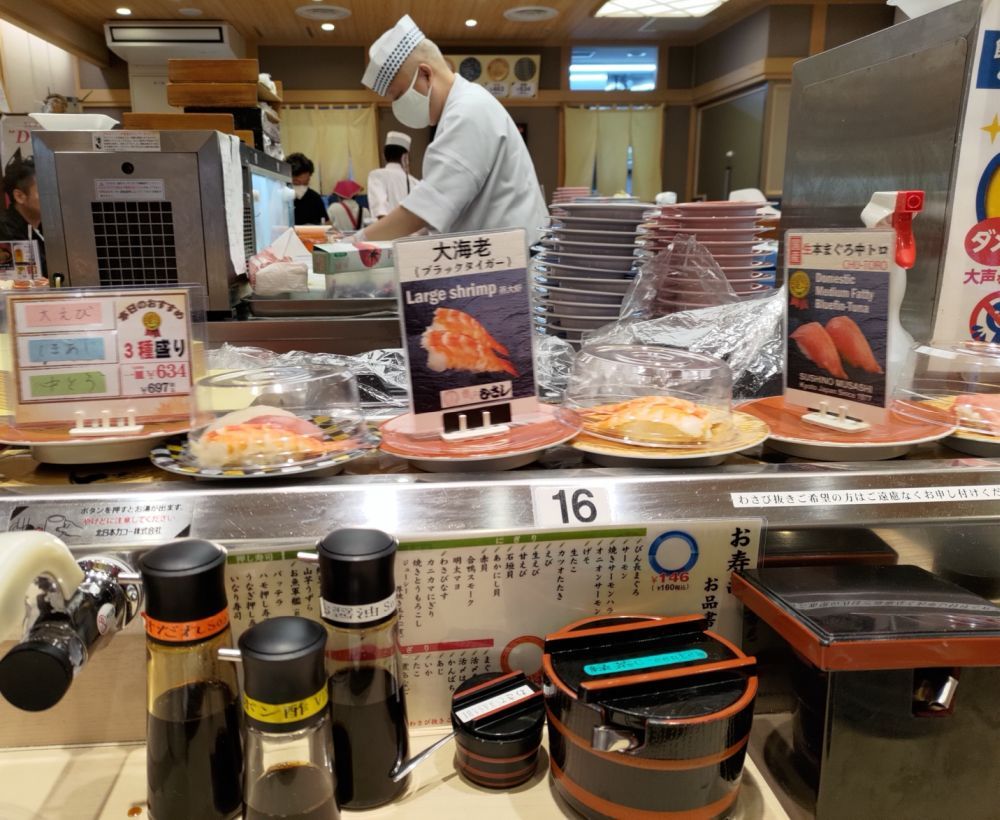 Final standings in Group B