With due precautions against the corona virus, the National Chess Society of Japan held two more over-the-board events a month after the New Year Festival. Both tournaments took place on Saturday 20th February 2021. They were Chess Challenge 2 and Simul with Japan Champion 2020 - Tran Thanh Tu. The Chess Challenge 2 was aimed at giving an opportunity to low rated players and beginners to get a feel of over-the-board tournaments Mayur Gondhalekar brings you details from Tokyo. Photo: Mayur Gondhalekar

The National Chess Society of Japan went ahead with the planned events in Tokyo, Japan, for February 2021, by taking the following precautions and countermeasures against the spread of the corona virus:

• Temperature check upon arrival and registration

• Wearing a mask at all times

• Distance maintained between the opponents

• Disinfecting the hands every time the players enter the playing hall

• No shaking of hands and no post game discussions.

The two events of the day were the Chess Challenge 2 and the simultaneous exhibition given by Japan's current Chess Champion CM Tran Thanh Tu.

The Chess Challenge event is a unique event of NCS Japan that is aimed to give low rated players, beginners a chance to get a taste and feel of over-the-board events. Chess Challenge 1, held in January was limited to beginners and players rated under 1200, while the Chess Challenge 2 was made a bit more challenging, with the rating limit raised to 1400. Participation was capped at 16 players.

The players were divided into two groups of 8 - Group White (Shiro) and Group Red (Aka). Each group played 3 rounds.

The top seeds were:

The final standings were as follows: 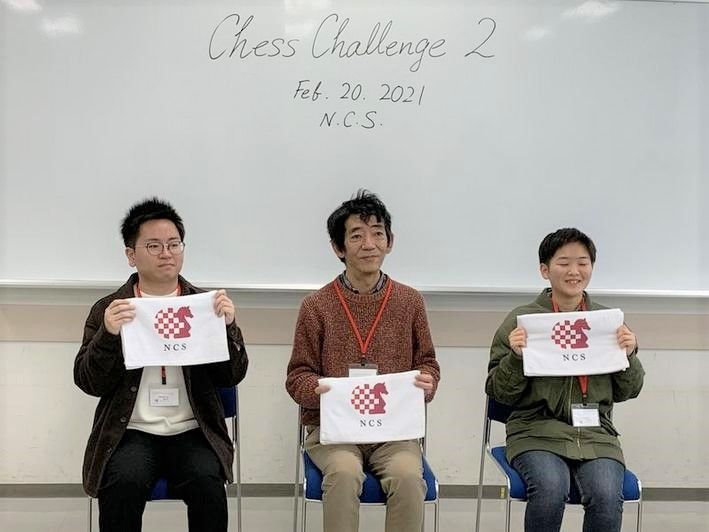 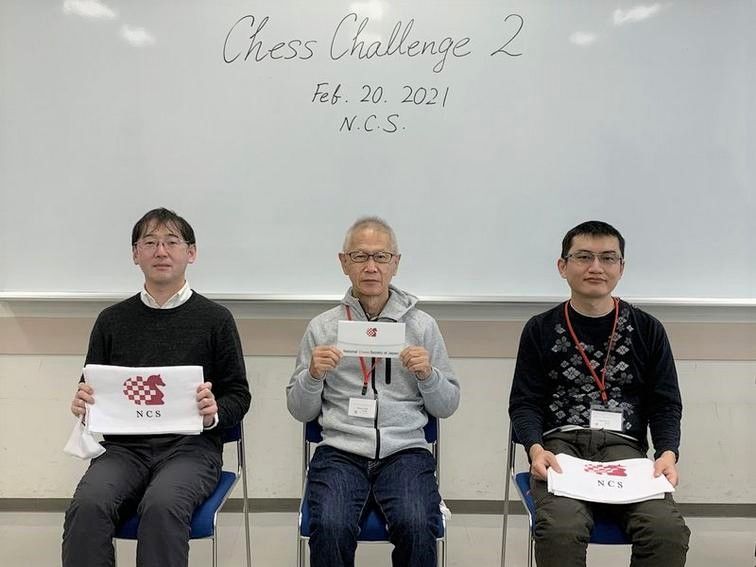 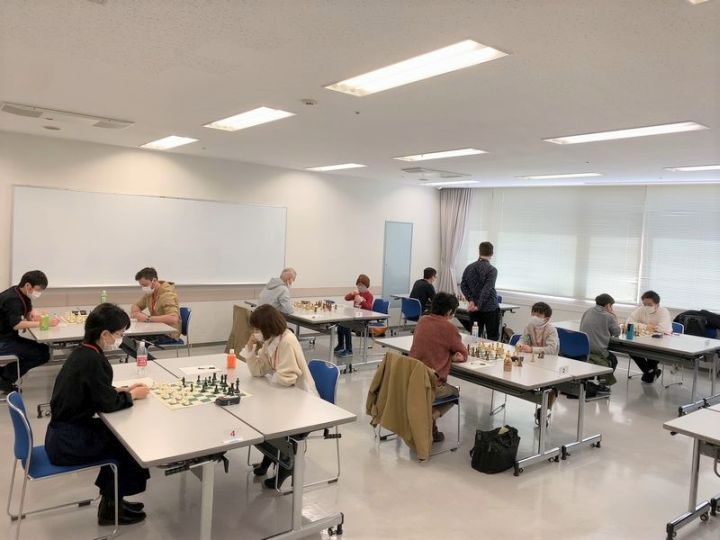 Following the Chess Challenge 2 event, was the much anticipated Simultaneous exhibition by Japan Champion 2020, Candidate Master Tran Thanh Tu. Quite a few players from the previous event participated in this one. Tu-san as he is known in Japan, hails from the city of Dong Thap in Vietnam. He works in Japan as a Software Developer since 2015, and has been playing chess for the last 25 years. He has a FIDE rating of 2374, and tops the NCS Japan Rating list at 2555.

The event was a clock simul with each side getting 60 minutes. Total eight players participated, which meant we could practice social distancing while keeping the walking area for Tu-san to manageable proportions.

CM Tran Thanh Tu won all eight games, after which he was kind enough to pose for pictures, and to explain where each one of us erred, which move gave him the advantage, turned things in his favour. The comment on my game was: “overall pretty good, but you didn't centralize the knight on h7 fast enough during the endgame.” Looking back at my game, move 31 was all about time vs material. I did think of Nf6 ignoring the h-pawn, which would have helped to fight on, but eventually fell for the greed of material and it all went downhill from there. The finishing moves are also instructive of the level of tactical alertness of Master level players deep into the game. 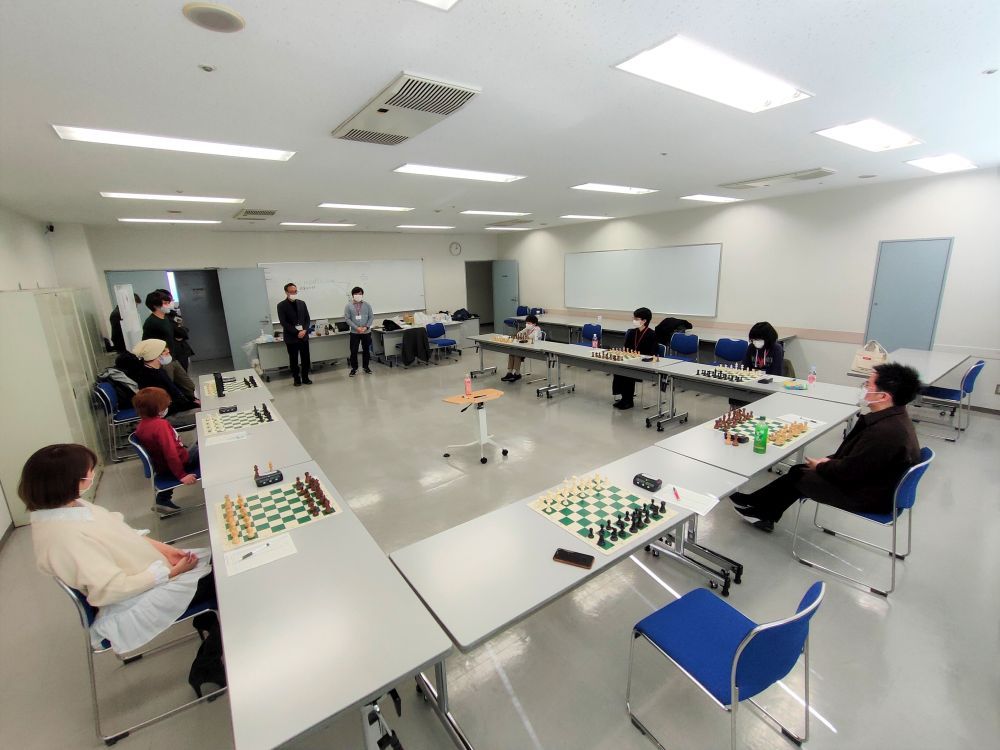 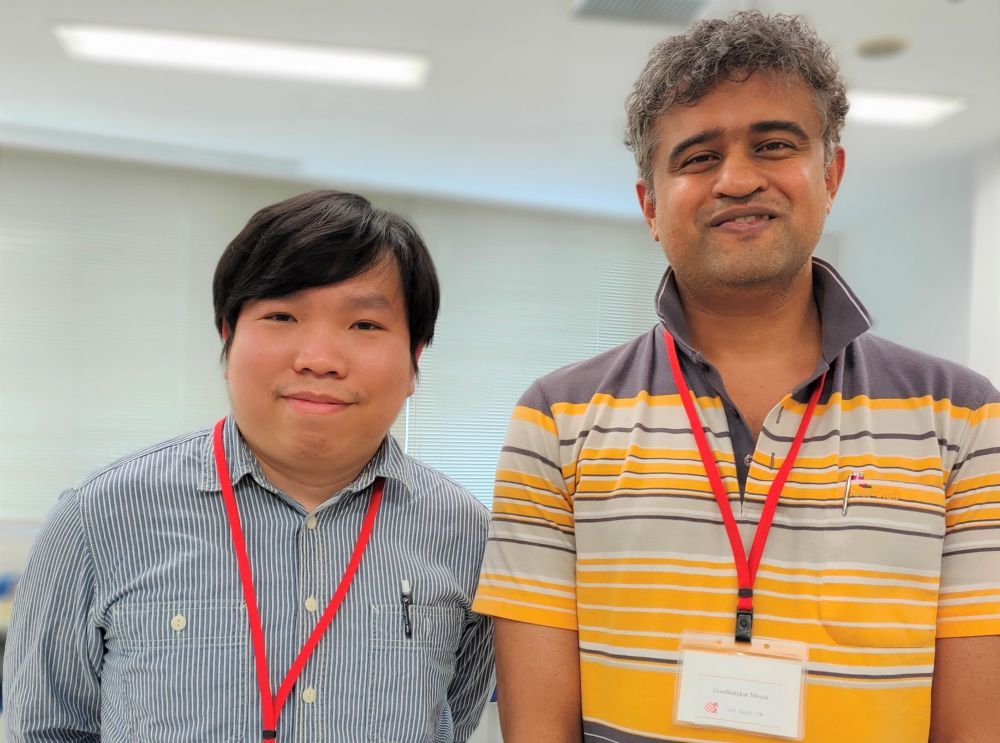 I would like to end by expressing my gratitude to NCS Japan for taking the efforts at keeping Chess healthy and alive in Japan during these times. Thank you very much.