The last couple of years saw the pandemic take its toll on Over-the-board events. This year has been far better. Travel has again become possible worldwide, with Japan also reopening to tourists from October. Sheldon Donaldson shares his thoughts with us again. Yet, the more things changed, the more they seem to have remained the same. IM Shinya Kojima pulled off yet another win at the Japan Open 2022. He won the previous edition early this year in January. Once again he remained undefeated. Check out the tournament report by Mayur Gondhalekar and his good friend Sheldon Donaldson who also took part in this event. Photo: National Chess Society of Japan

Kojima clinches Japan Open for the second time in 2022

Japan Open 2022, one of the rare FIDE rated standard events held in Japan, was just concluded on November 6, in Tokyo’s Ota-ku. This seven round event with a time control of 90 minutes + 30 seconds/move from move 1, is conducted over a hectic four-day period sandwiched between a national holiday and a weekend, and features as many as three double round days.

This year saw the participation of 54 players from all parts of Japan, and the top boards were again broadcast on NCS Japan’s youtube channel. The tournament was an exciting one, very closely fought at the top, ending with three players finishing on 6/7. Three winners from last year’s Japan Open – CM Tran Thanh Tu, FM Yamada Kohei, and IM Kojima Shinya finished in the top five again. They were joined by Otsuka Shou and Higashino Tetsuo.

Japan #2 CM Tran Thanh Tu, who crossed 2400 Elo in July this year, lost his fourth round game to second place finisher FM Yamada Kohei whose amazing run featured two draws against the two members of the top five. IM Kojima Shinya, who seems to love this event, gifted himself another first place finish. 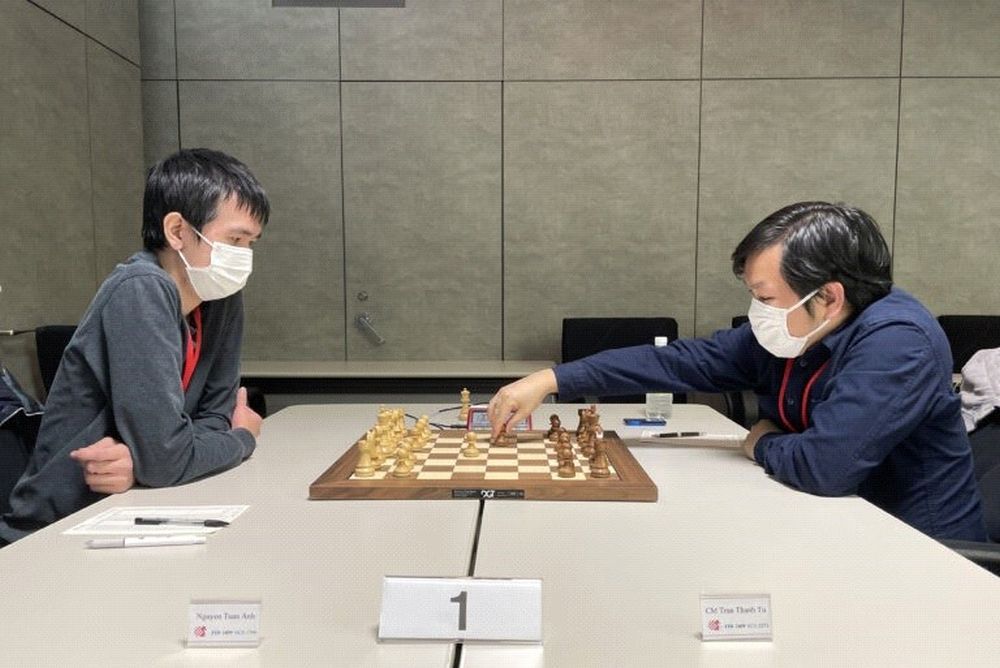 Our good friend, Mr. Sheldon Donaldson, was kind enough to agree to share his thoughts, games, and photos from the event through his unique blogs:

Hello, my fellow Over-The-Board enthusiasts; and welcome to another edition of the Osaka Papers. The Japan Open 2022 was held November 3rd through 6th in Tokyo, Japan. One of only three FIDE rated tournaments held in Japan this year.

At last year's open, I finished with only 3 points out of a possible 7, it being my first time at a major event, I was quite happy with the result. Yet, this year I set my sights much higher. For the past year I have been training every single day with chess.com tactic trainer, Aimchess and Chessable to improve my overall skill; moreover, I have taken every opportunity to play OTB chess at all the local clubs here in the Osaka area.

With that in mind, I was really optimistic about my chances, of course I was never gonna challenge for one of the top spots, but 4 points maybe even 5 points, was not beyond the realm of possibility.

These musings turned out to be the delusional ravings of a madman, who had no idea what he was up against... but more on that later; let's check out some pics to prove that any of this actually happened. 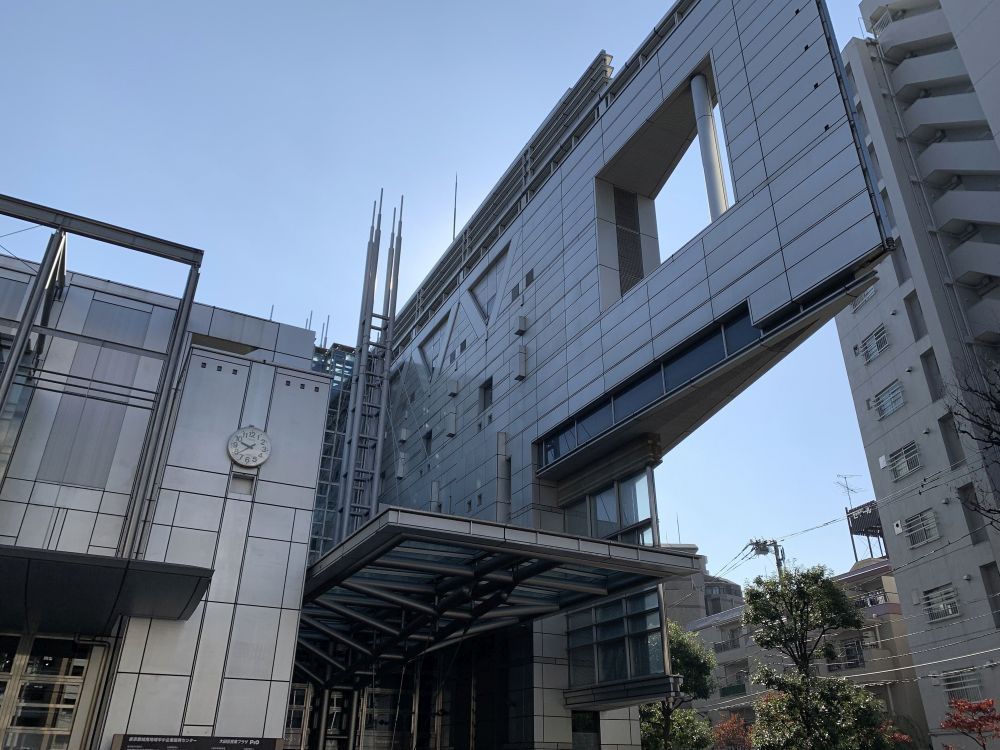 When the venue looks like a spaceship... | Photo: Sheldon Donaldson 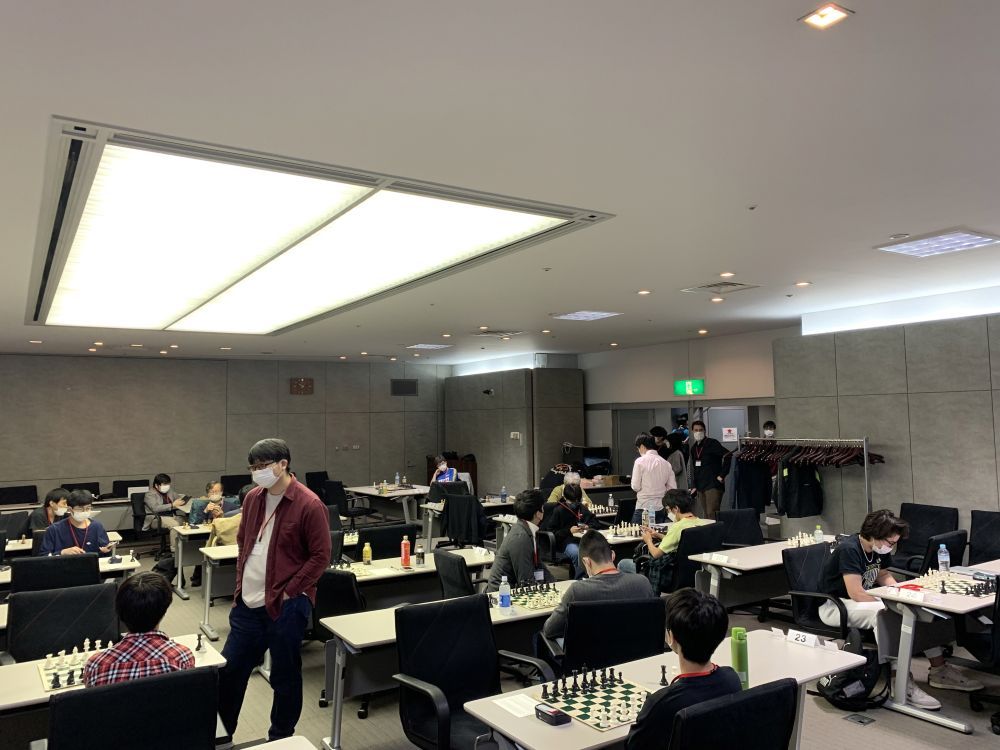 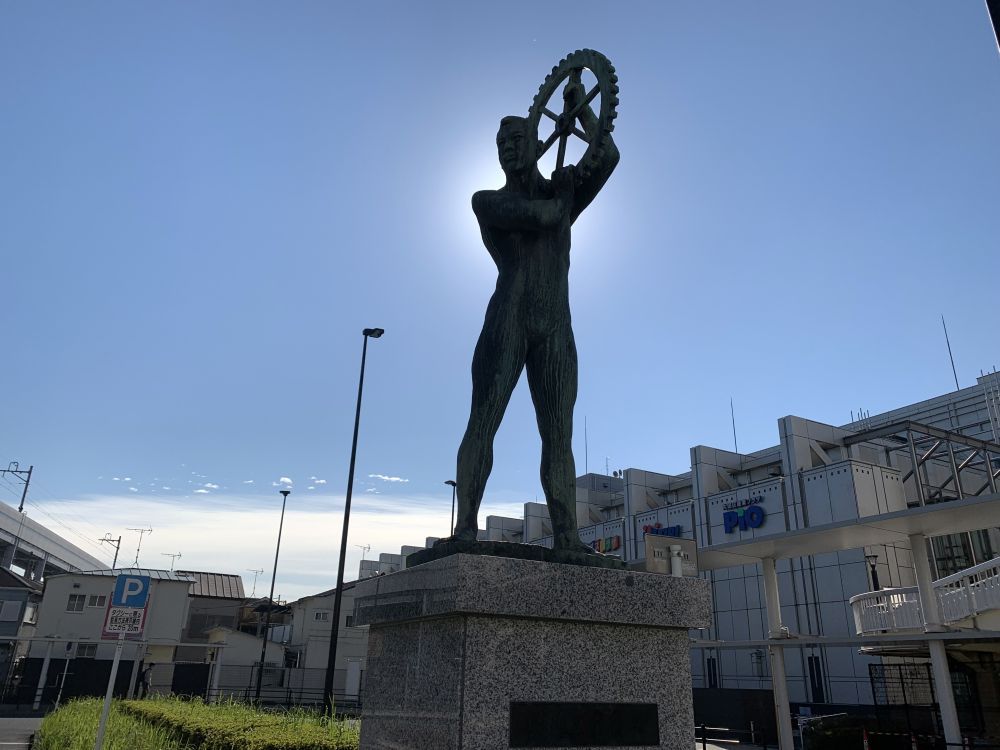 I'm gonna tell people that this is the chess God of Calculation | Photo: Sheldon Donaldson 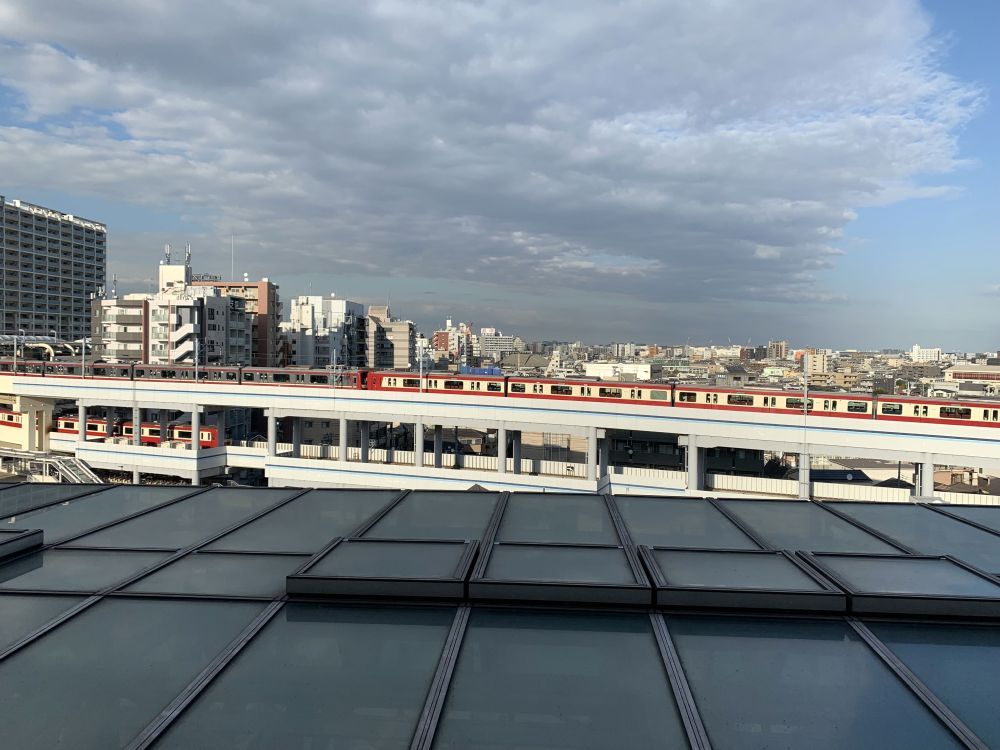 The view from the top | Photo: Sheldon Donaldson 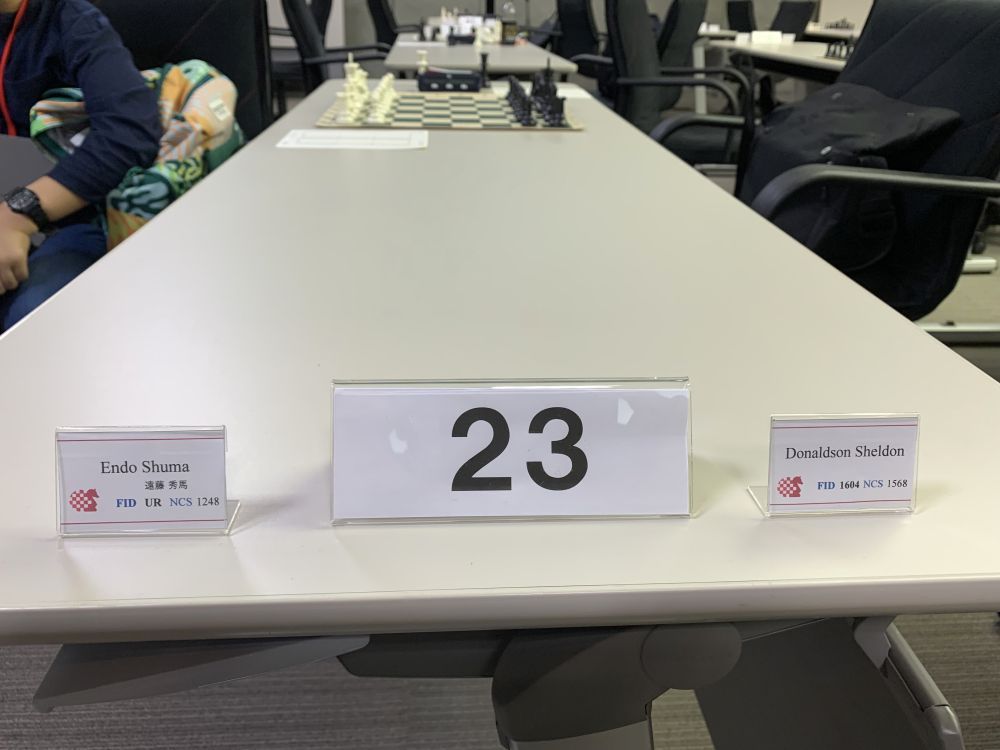 Round 2: When you get Crushed by a 12-year-old | Photo: Sheldon Donaldson

In round one, I was paired with the Senior Champion of Japan who quickly crushed me in 20 moves, no surprises there. Yet, round two saw me paired with a 1200 rated 12-year-old (I'm not actually certain of his age. He looks about 12. Let's say he is 12, anything younger would just be more embarrassing).

Shuma seems like a nice kid, and apparently he is a reader of this blog, but one thing I will say about him is that I have never played someone who seemed to be paying so little attention to the board. There were times that I would play a move and he literally looked like he didn't know it was his turn? He would look at the board for a few seconds, blitz out a move and then spin around in the swivel chair...O_o

Meanwhile, I'm taking 10 or 15 minutes for a single move... it didn't matter, he still crushed me. 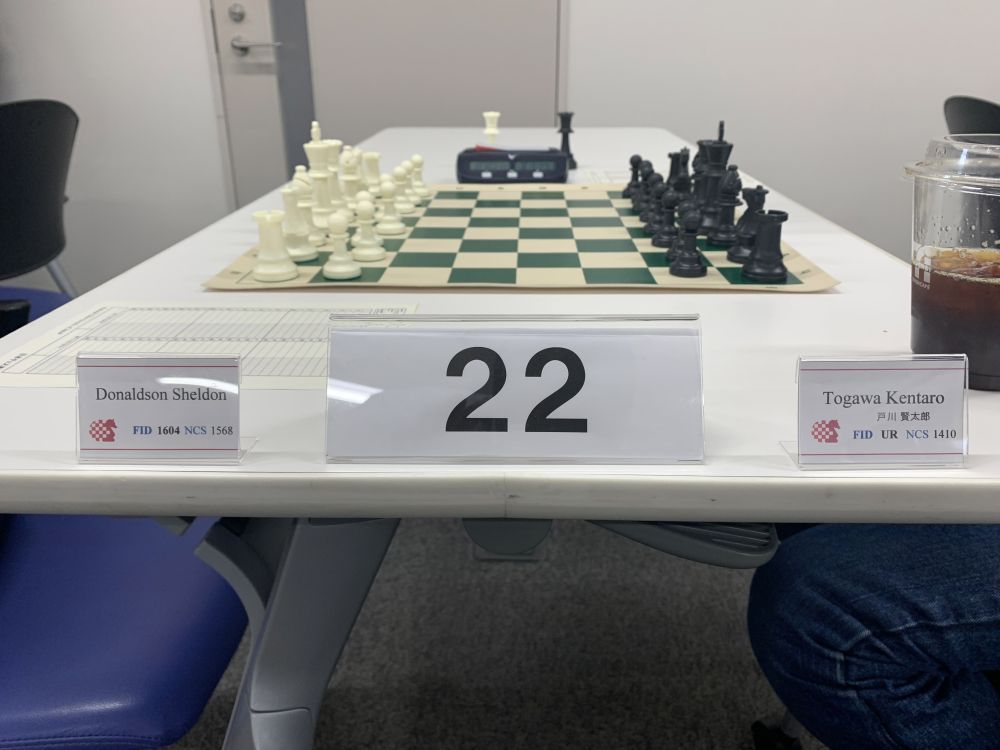 Round 5: When you finally spot a cool tactic | Photo: Sheldon Donaldson

Rounds 3 and 4 were disappointing, despite winning in round 3, I had to swindle my way out of a bad position, then in round 4, I lost to a much lower rated player, granted that player has improved a great deal and had a good tournament, it still bothered me to only have one win after 4 rounds, so spotting this tactic was a Godsend. 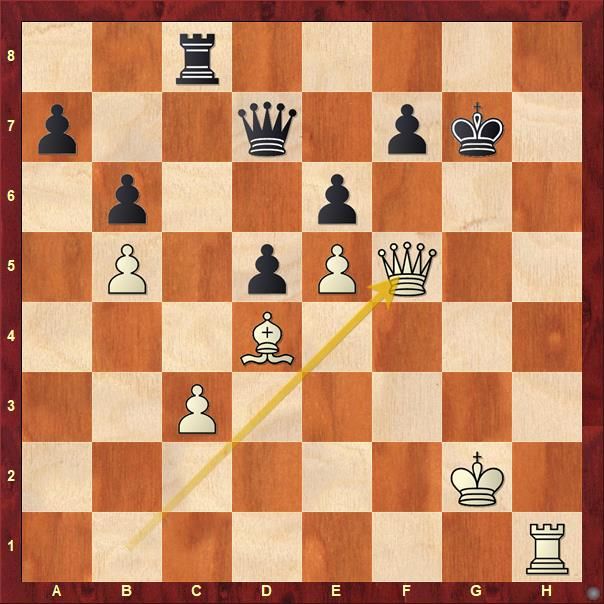 WWTD - What would Tal do? 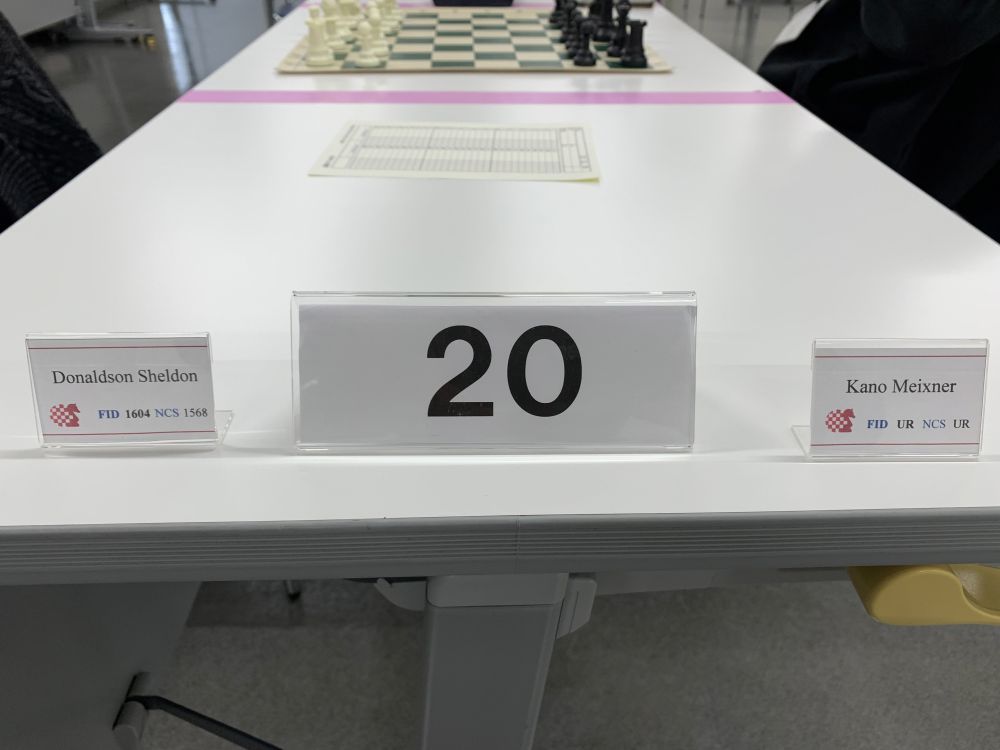 Round 7: When it all comes down to the Endgame | Photo: Sheldon Donaldson

I lost a really sharp and enjoyable game in round 6, so my dreams of scoring 4 points were dashed...without a clear win I would have actually gotten a worse score then last year?! So, I was absolutely determined not to give anything away. What follows is a very workman like, but accurate game, as per usual, it would all come down to the Endgame. 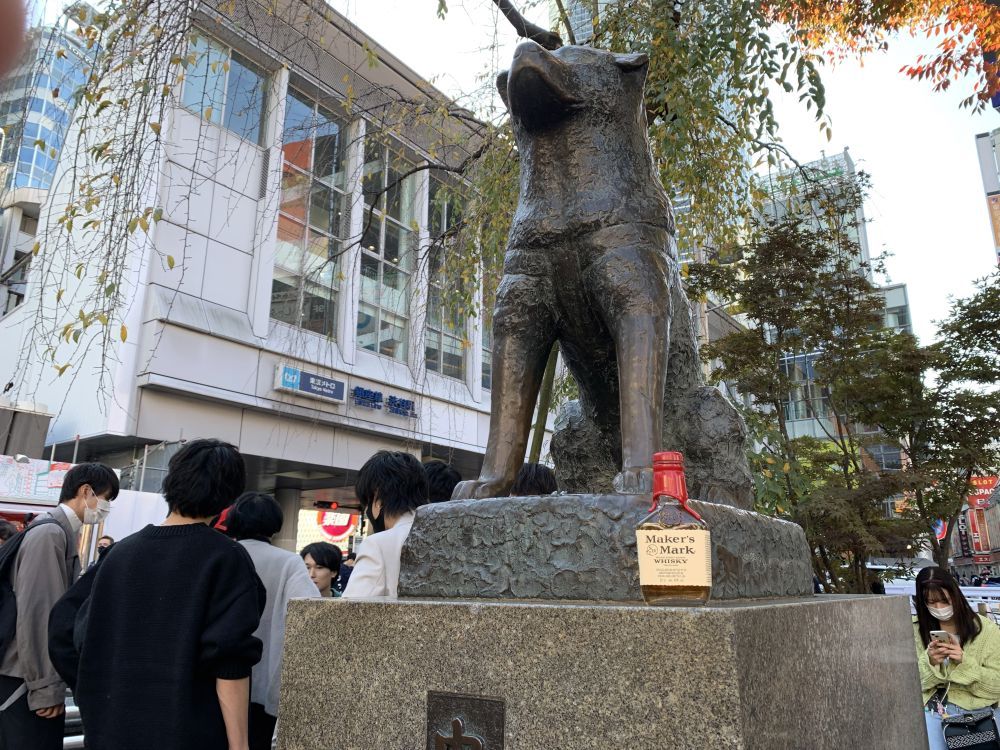 There were a couple hours left before the closing ceremony, so I decided to celebrate with an old friend. | Photo: Sheldon Donaldson 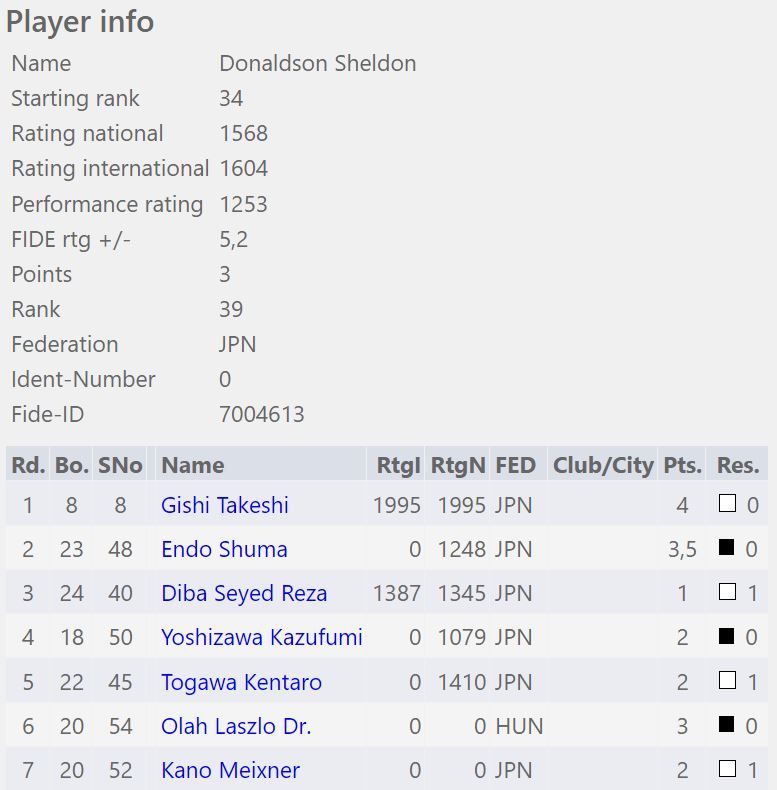 Justice for my performance rating... just look at it?!
Congrats to Shuma Endo on a breakout tournament | Photo: Sheldon Donaldson

What did we learn:

2. Always do what Tal would do.

As always thanks for reading, and feel free to share these games with your friends down at the Library or Bar.

SheldonOfOsaka is a 41-year-old chess player originally from Canada, who has lived in Japan for the past 13 years; he took up chess 10 years ago, but only began to play over-the-board tournaments last year.