Every year Japan’s Chess calendar features one event specially as a competition between various teams. This year’s event definitely had shades of inspiration by the 44th Chess Olympiad held in India in July-August 2022. The Japan Team Chess Championship is a good opportunity for the various chess clubs in the country to cobble up a few teams and show who is the best in business. The event is not limited to existing chess clubs. Four or five players can get together, register a team and participate. Check out a pictorial report of the event written by Mayur Gondhalekar. Photo: Flipi Poggenpoel

The Japan Team Chess Championship 2022 was held approximately a month after the players returned from the 44th Chess Olympiad held in India (which was also a team event). Surely the one event cast a positive light on the other, in that this year’s event saw the participation of as many as 36 teams, with each team sporting up to five members. That, in turn, made it the (OTB) event with the highest participation in the last three years with 165 players!

Japan no.6 - IM Ryosuke Nanjo at the center in the above photo.

Nine titled players, including members of Japan’s Olympiad teams, as well as one of Japan’s top players – IM Ryosuke Nanjo – participated in the tournament. This was a six-round swiss tournament played over two days on September 17th and 18th, at Hokutopia, in Oji area of Tokyo, Japan, with a time-control of 45 mins + 30 secs/move from move one. Team could have up to five players on roll and up to four players playing in any of the rounds. I wanted to be part of this grand spectacle, but fates deigned otherwise. It is all thanks to my friend from Kansai area, Mr. Poggenpoel Flipi, who was kind enough to provide all the lovely photographs. 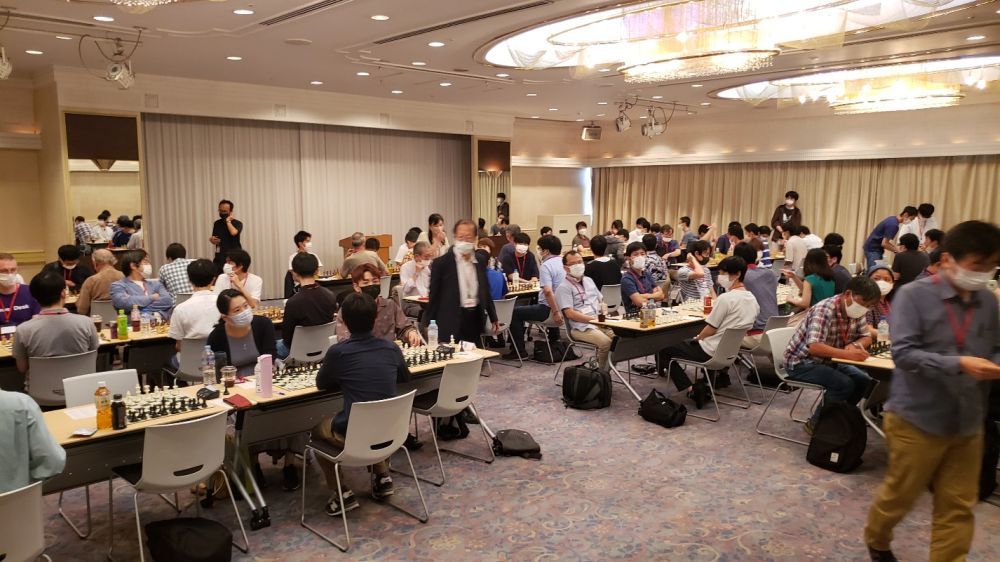 The playing hall and the mood of the event | Photo: Poggenpoel Flipi 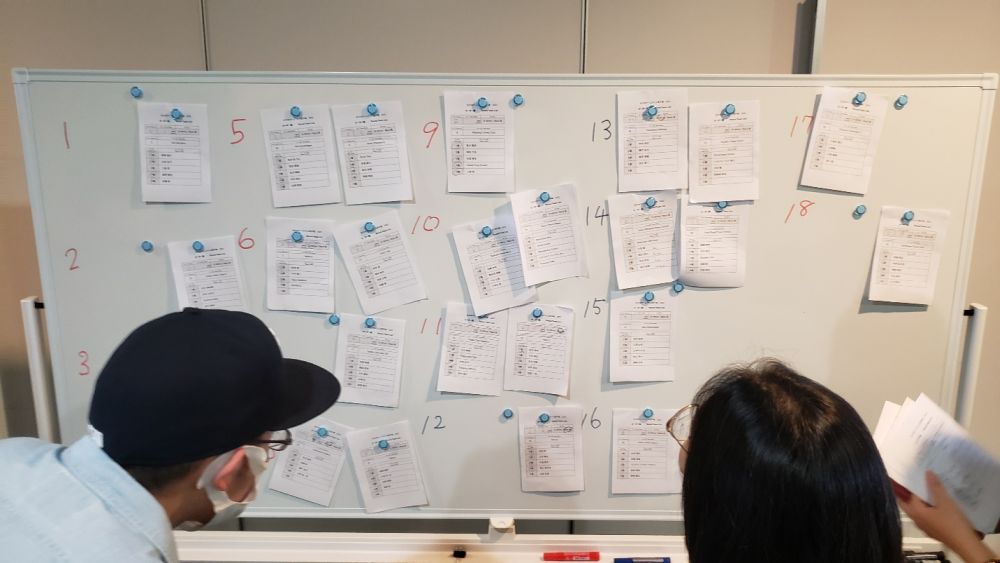 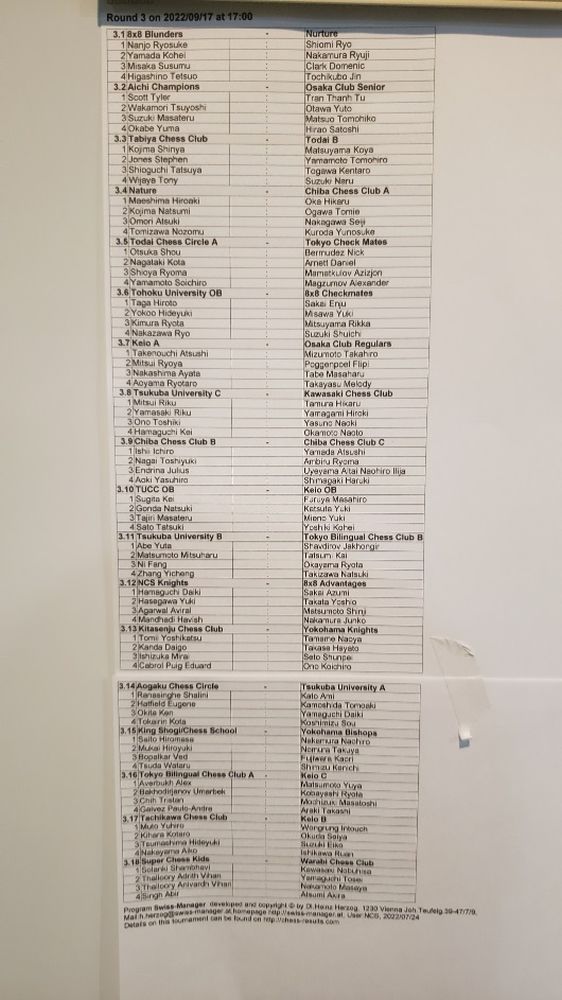 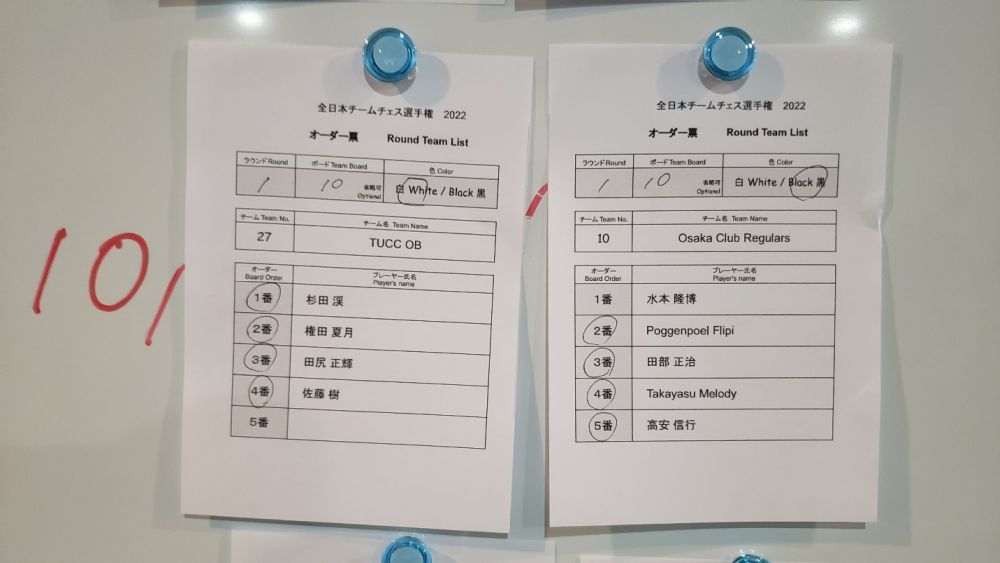 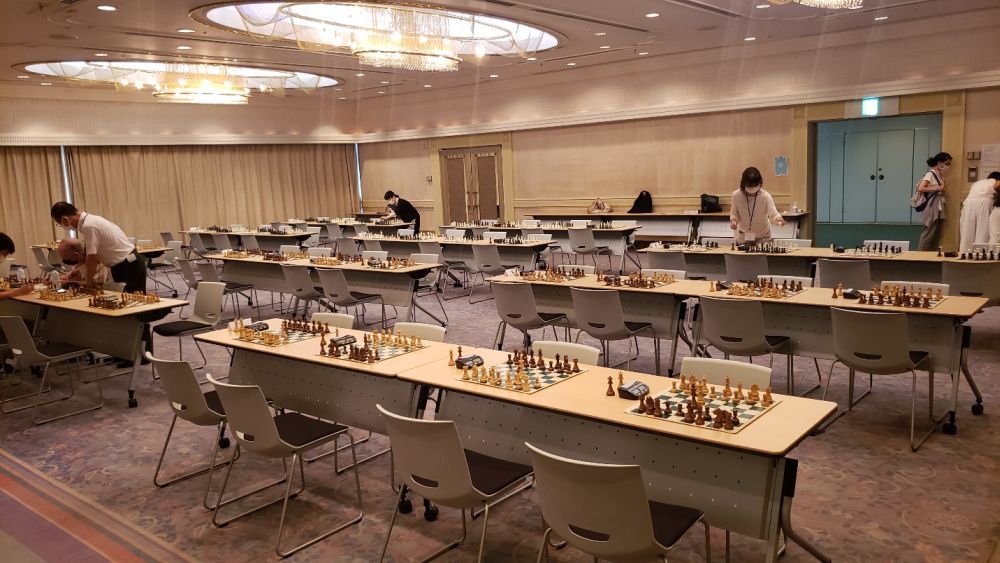 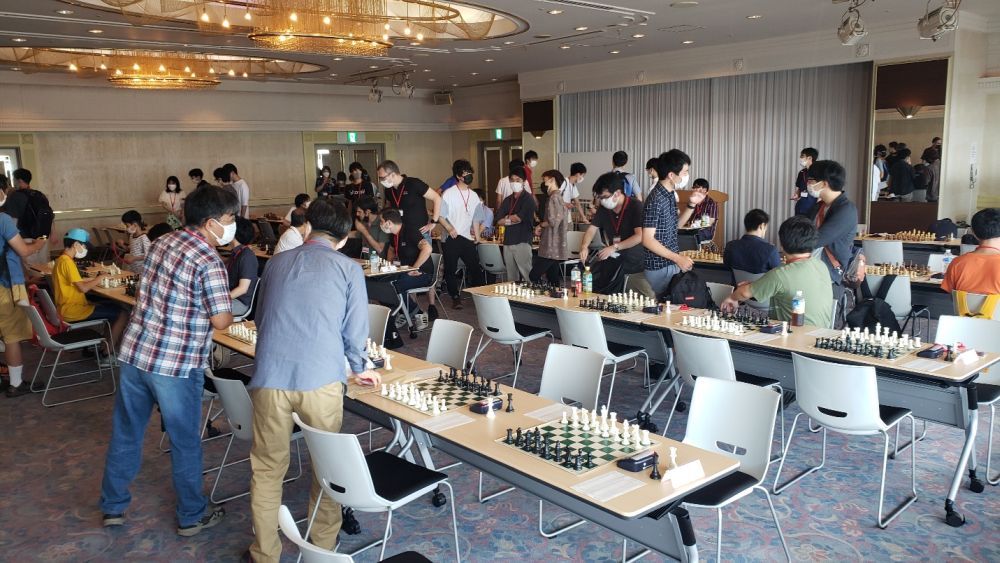 Between the rounds | Photo: Poggenpoel Flipi 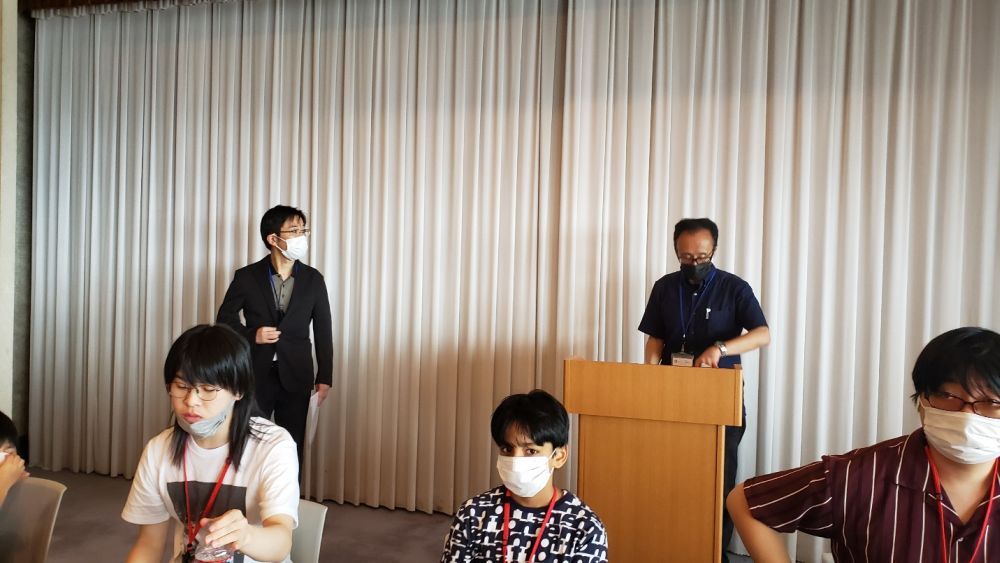 Waiting to start the round... | Photo: Poggenpoel Flipi 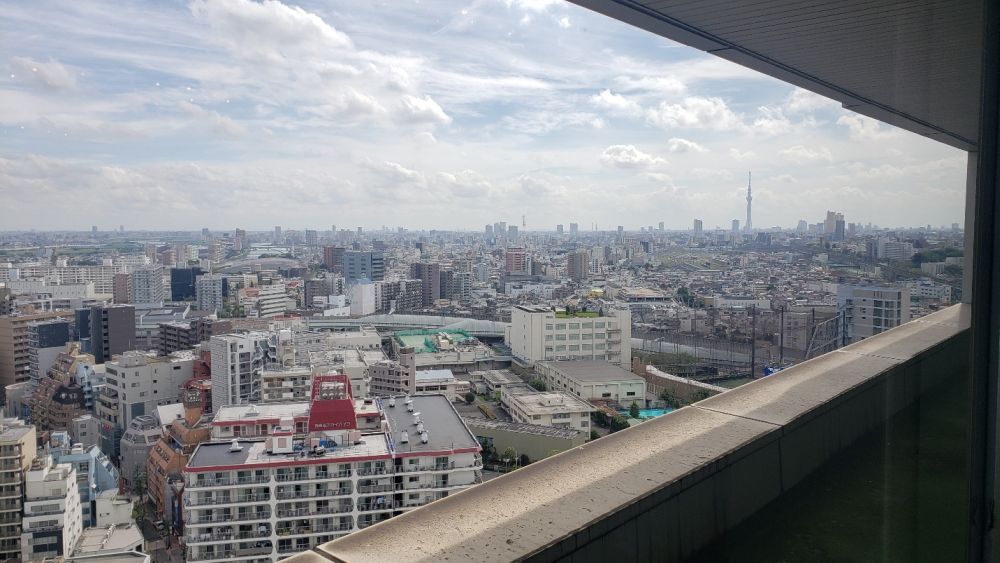 The view (Tokyo) from the venue | Photo: Poggenpoel Flipi

In the second photo, the tower on the right is the “Tokyo Sky Tree” (634 m tall)

The best players per board