Ilamparthi, Mounika and Arunava triumph in Make Your Move Fundraiser Below 2100 Blitz

A week long chess tournament - Make Your Move Fundraiser Online Below 2100 Blitz tournament concluded with the participation of 167 players playing 881 games including a Simul against India no.3 and World no.25 Vidit Gujrathi. Total ₹115691 was raised through entry fee and donation which will be utilized to server the underprivileged kids. 11-year-old Ilamparthi dominated the Final as he scored an unbeaten 8.5/9 to win the Under-14 category, WFM Mounika Akshaya won the Under-19 category and Arunava Bhattacharjee won the Open category with a score of 7.0/9 each respectively. Photo: Shahid Ahmed, IA Jitendra Choudhary and Arunava

Ilamparthi holds Vidit to a draw in the Simul

Make Your Move Fundraiser Online Blitz Below 2100 tournament raised a total of ₹115691 through entry fee and donation. It will be donated and utilized to serve the under privileged kids through Round Table India's 'Freedom through Education' program. Former National Under-9 Open champion Ilamparthi A R dominated the final as he scored an unbeaten 8.5/9 to win ₹6000 cash. He went on to hold India no.3 and World no.25 Vidit Gujrathi to a draw in the Simul. WFM Mounika Akshaya won the Under-19 category in the Final with 7.0/9 and Arunava Bhattacharjee won the Open category by also scoring 7.0/9. They won ₹6000 and ₹8000 cash respectively.

Total 881 games were played combining Qualifiers, Final and Simul among 167 players including players from India, England and Kuwait in this multi-stage below 2100 blitz tournament.

Former National U-9 champion Ilamparthi A R held Vidit Gujrathi to a draw in the Simul | Photo: ChessBase India

Despite being in a difficult position, Ilamparthi fought till the end and managed to hold India no.3 and World no.25 to a draw. Ilamparthi won the Under-14 Final. 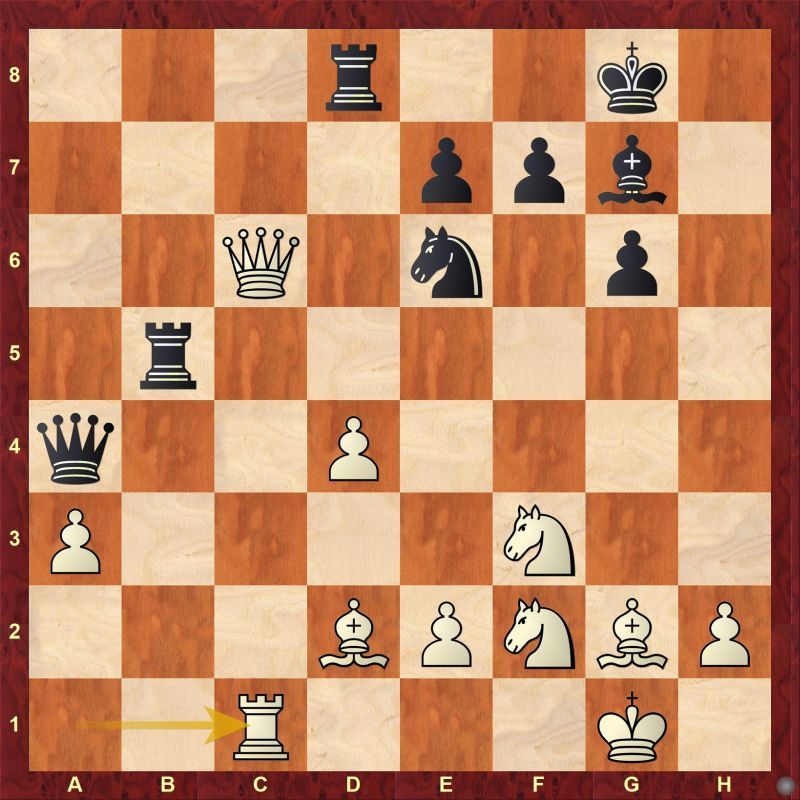 Ilamparthi got into a worse position after the first 15 moves. Since it was 10+5 clock simul, he took advantage of the time and played bravely to salvage a draw in the endgame. What would you do after 26.Rc1 ? 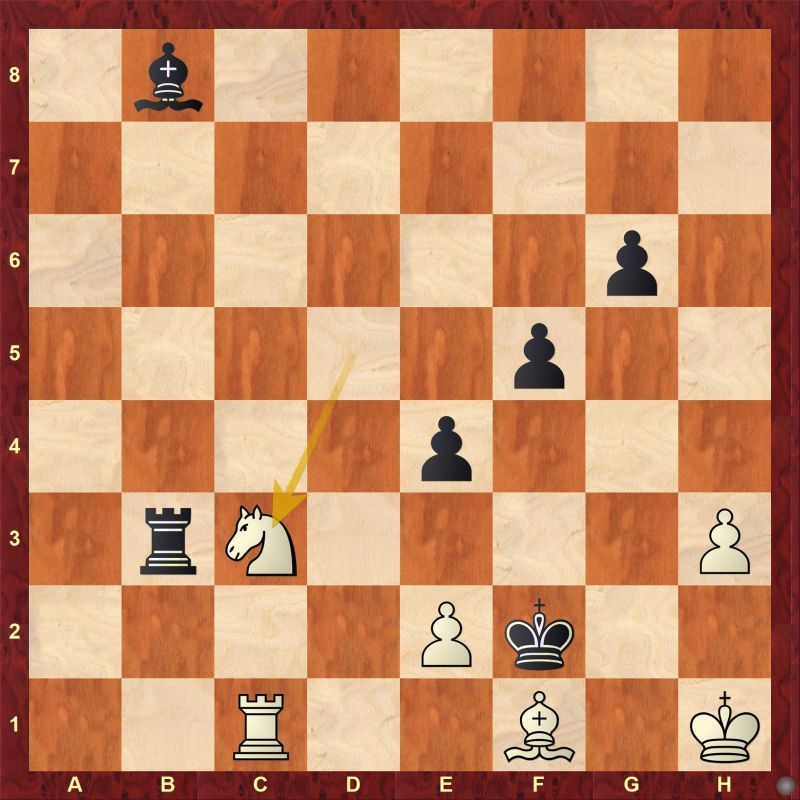 Black got a winning chance after 56.Nc3 which is a blunder. Can you find the winning continuation for black? Eventually Ilamparthi got quite a few chances in the end but time trouble made him miss them all. 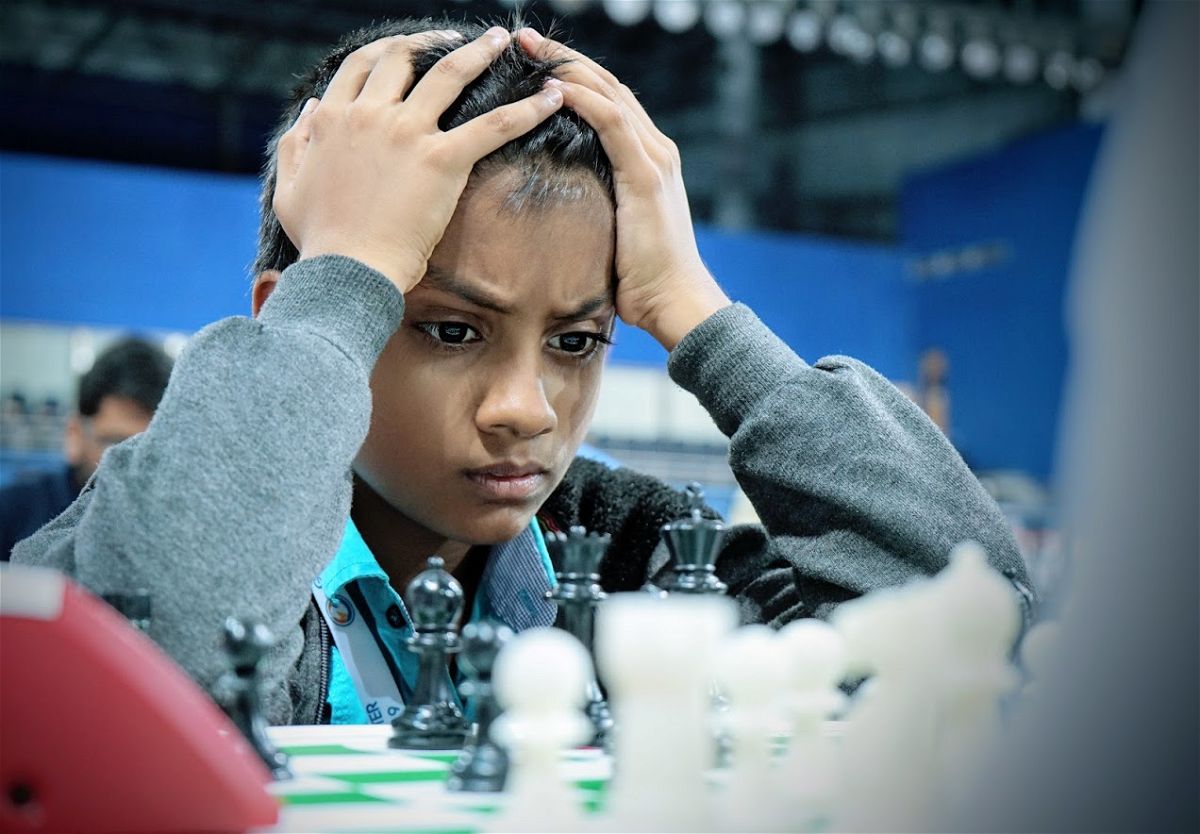 Aanjaneya Phatak who finished second in the Under-19 Final also played well. He had a seemingly equal position till he made a positional mistake by offering a rook exchange. 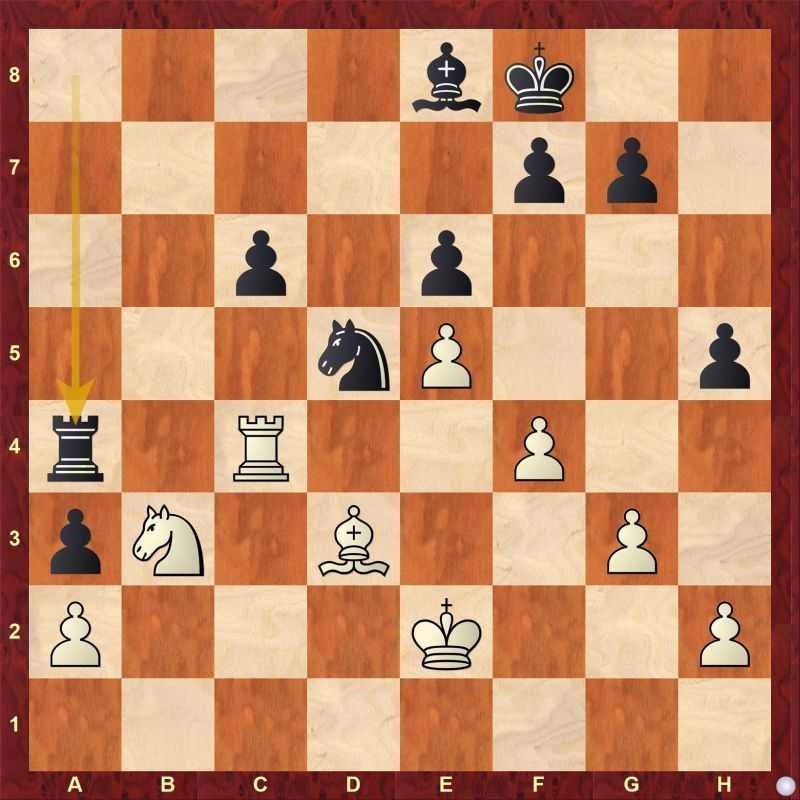 Black's last move 32...Ra4 is a big positional error. Find out what black should have done instead. Commonwealth Under-20 Bronze medalist and reigning Andhra Pradesh State Open and Women's champion WFM Mounika Akshaya who also won the Under-19 Final, held her own against Vidit. 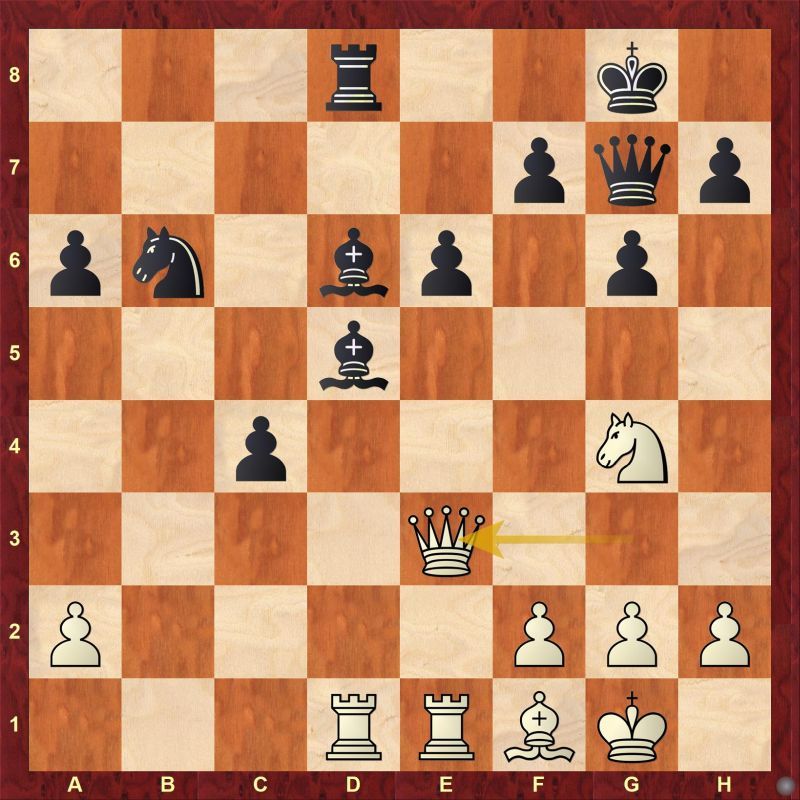 How should black defend the the knight at b6? The game continued with 33...Na4 which is a mistake. Find out why. 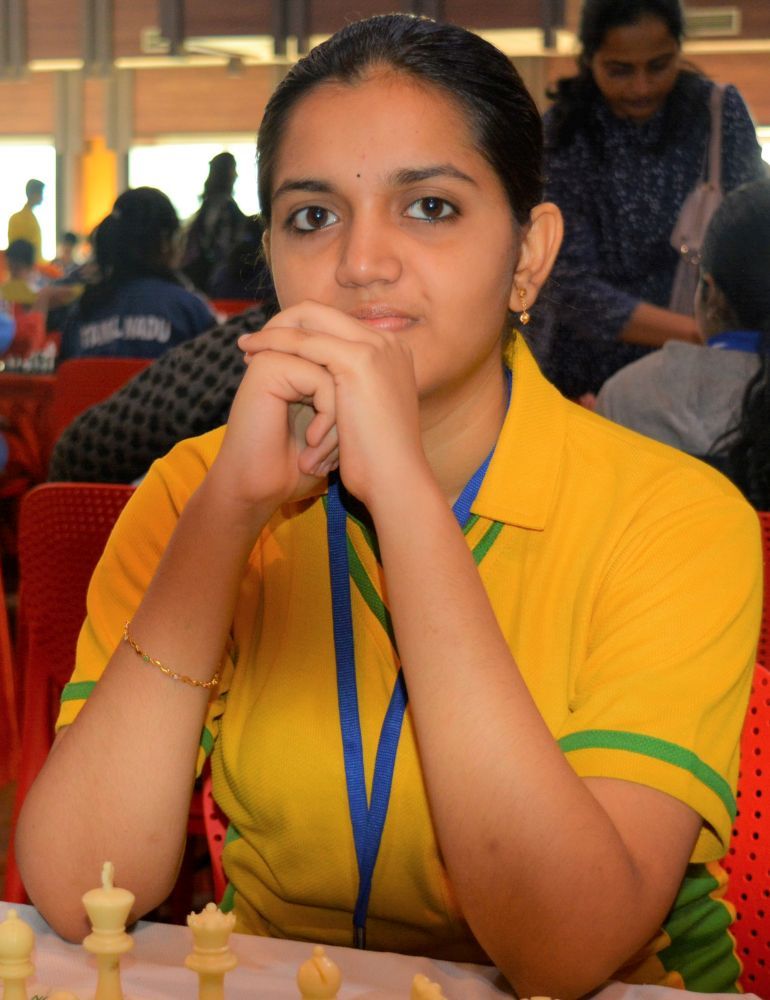 Arunava Bhattacharjee also had a fantastic position in the middlegame but he could not maintain his advantage. He won the Final in the Open category with 7.0/9 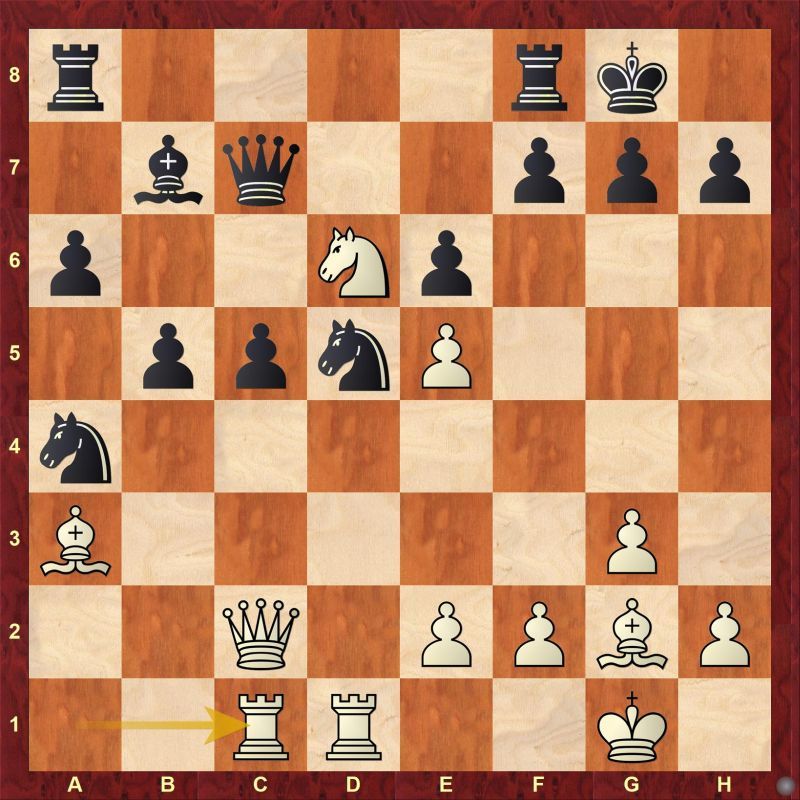 Find out the best continuation for black after 19.Rac1. Black is ahead by two pawns but white has some compensation for it, so black needs to play carefully to capitalize on the advantage. 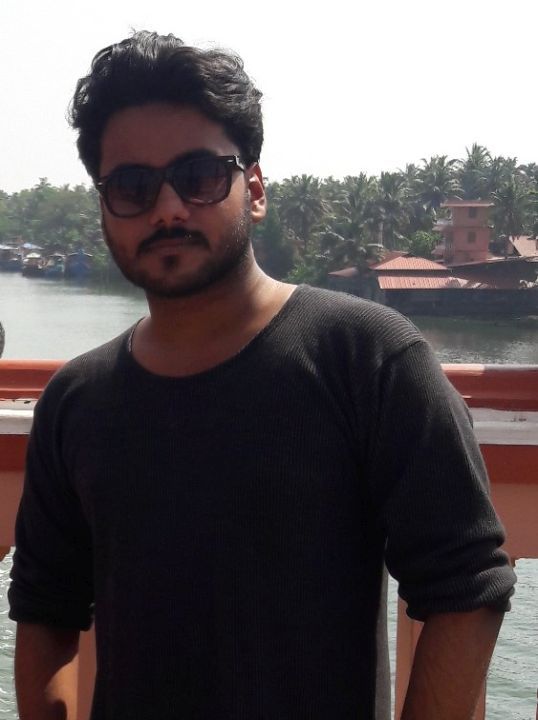 Runner-up in the Open category Final - Karthikeyan Jeyaprakasam made a tactical error and lost the Simul. 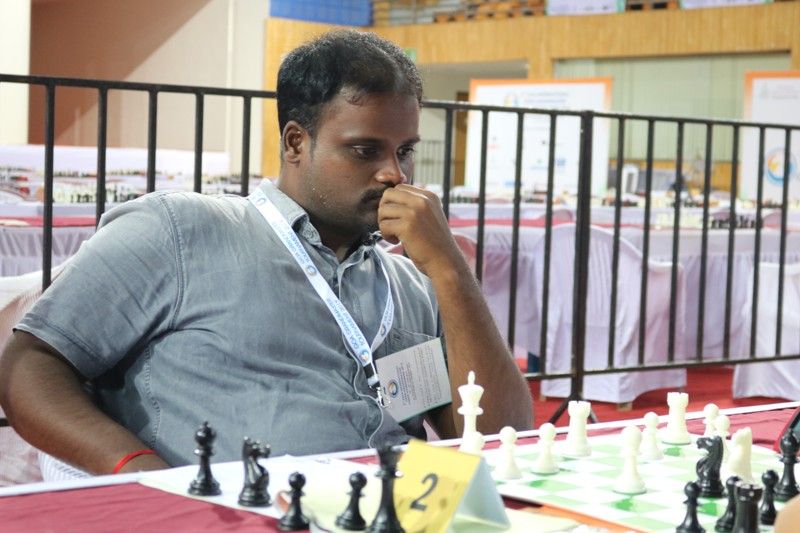 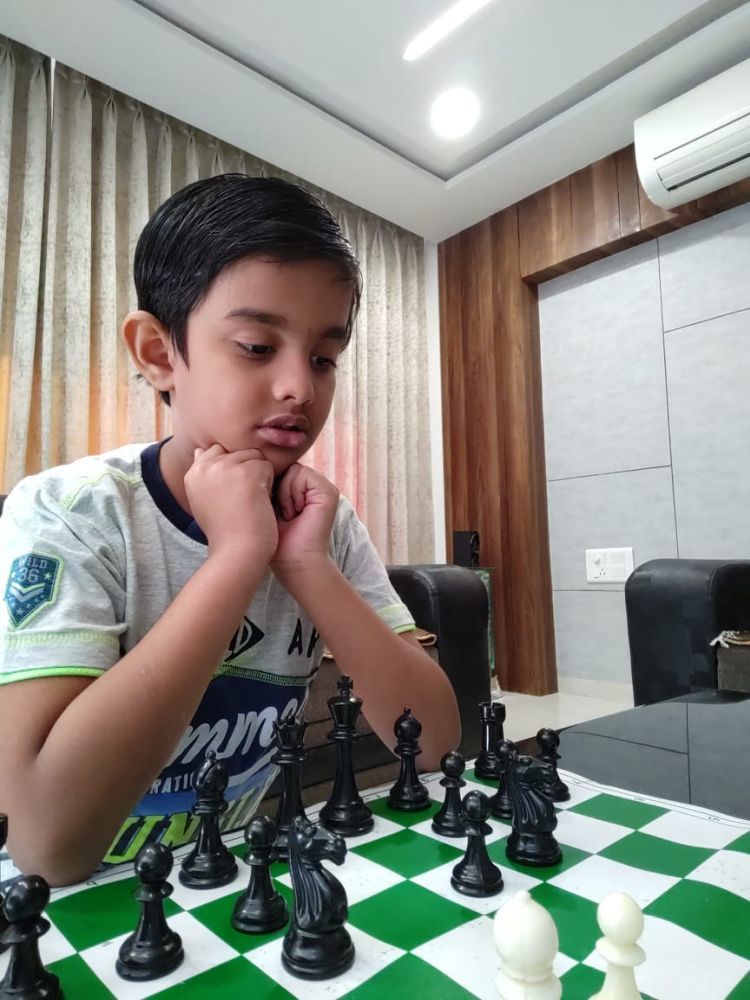 Final Standings of the Final 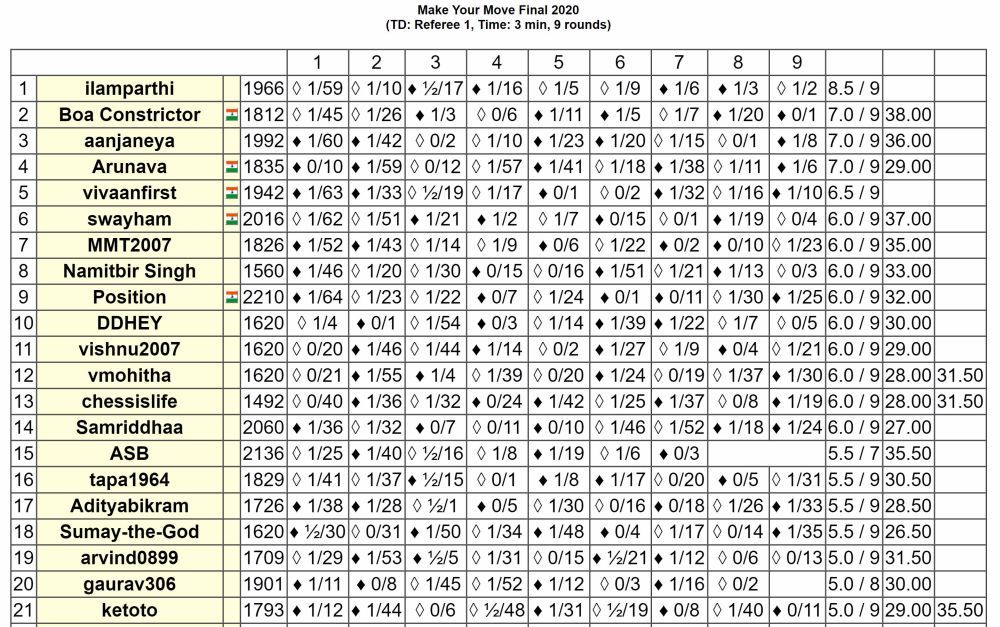 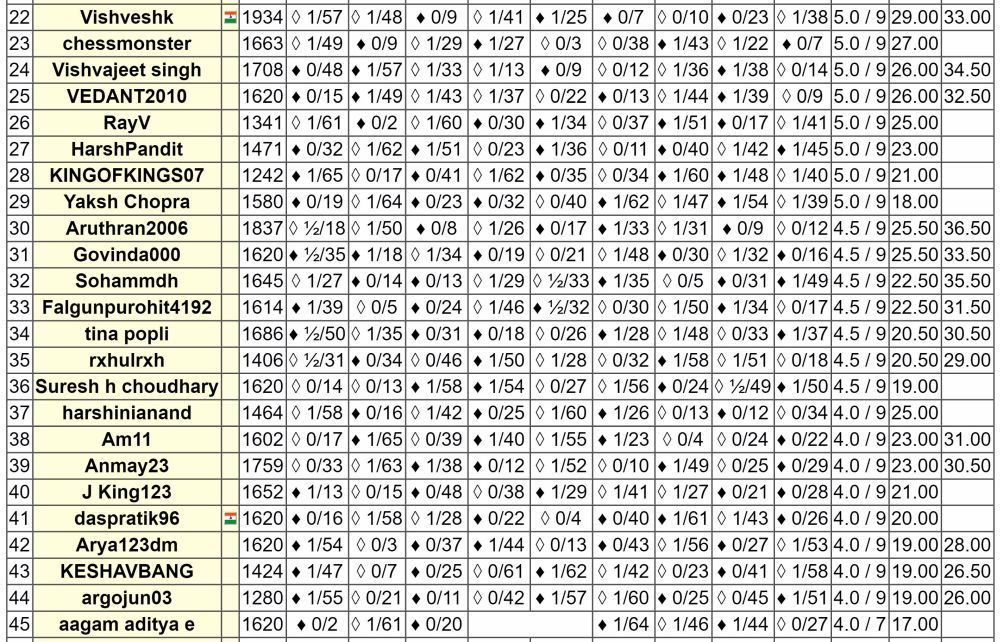 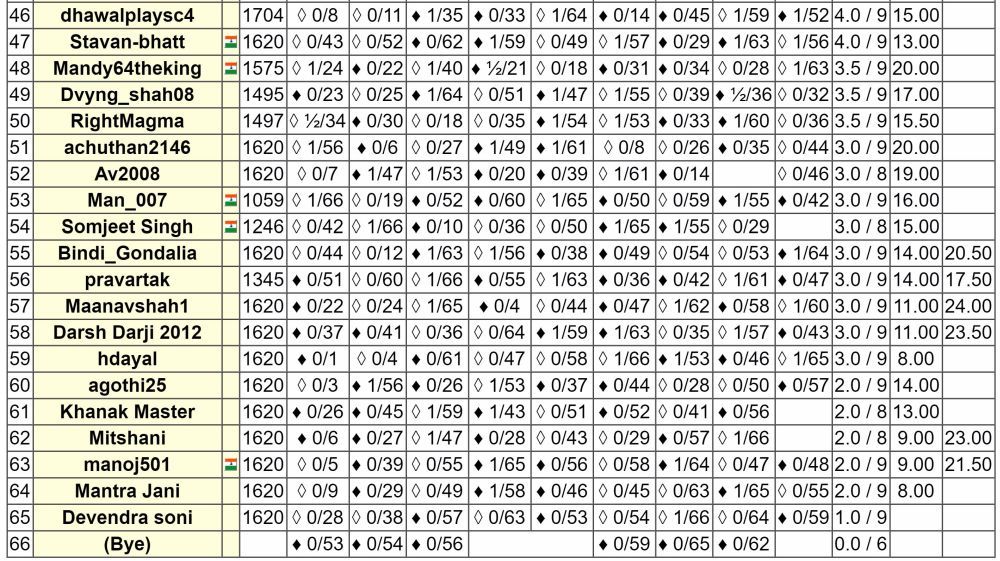 All prize winners must claim their prize within 15 days after the publication of this article. No claims will be entertained after that. Certificates for the Under-14 and Under-19 age group prize winners will be sent to their email ID by the organizers.

Replay all games of Final

The tournament was amazing. I enjoyed a lot. It was quite competitive, Also, I came to know my level in chess. Please update us with other upcoming tournaments. Thank You.

I was really nice tournament. I really enjoyed it

It was a great Tournament, and was organized very well! An amazing experience, hoping for more tournaments to be organized in the coming future! Thank You Very Much! :)

I have had a really good time while playing with such good competitors in the qualifiers and final of the make your move tournament. Hope to play more games in future organized by chessbase india. Thank you so much.

First of all I would like to thank all the sponsors for organizing this event. I hope such events continue to take place in the future. This event has really boosted up my confidence and has inspired me to work harder on chess. These kind of events are needed for below category players as we can learn a lot from elite players like Vidit and Anand sir as they guide us and teach us a lot. I also thank Sagar Sir to take out time and stream this event. Now this conversation and simul video will stay with me throughout my life and I am very much grateful for that.

Playing Against Vidit Sir - I had prepared a line against him in the Catalan and the same line was played on the board. I even managed to out prepare him and he took his precious four min to figure out the perfect move! (And Yess! he did figure it out). After a few moves I also managed to get a advantage but I was not able to maintain it. I made some terrible moves afterwards. Vidit Sir by this time was on beast mode and he took my position down like a deck of cards. After the game I saw the stream and I was very impressed by Vidit sir's calm nerves, quick thinking and accurate moves! It is something that I would love to learn from him.

Interaction with Vishy Sir - During this conversation I was nervous, excited & happy! I wanted to talk soo much in so little time and luckily I managed to! We had a very lively conversation and I had a lot of fun talking to one of the best player to have ever born on the planet. So far I have watched our 5min interaction for about 100 times now! And I think I will still keep on watching it. It is the best memory of my life so far! I will keep on trying new things in chess as he had suggested to me in the clip. It has inspired me to work harder.

Drawback's of the tournament - The prize structure was quite a strange one! All players U14, U19 & open were fighting in one group only. So why was a U14 player not eligible of open prize? In the finals U14 player won the whole tournament still he was given a group prize which was lesser than the Open's first prize! The player who came first in open was way back on the fourth place and was given the highest prize money! I think that such distribution of prizes was not fair.

The tournament was really fun and well organized. It was a good idea to organize an event for people who are below 2100 and I loved this qualifier format.

This was my first ever chess tournament and boy it was sure nerve wrecking. Thank You Chessbase India for bringing this tournament to us and hope to continually participate in such events. I really liked the quick response and action when I was placed under the wrong category. Great Job. Keep it up.