Although ChessBase is the international standard for top players, it also facilitates teaching chess to groups of children. For the past 15 years, for 10-20 hours per week, US Chess Master Jeff Ashton has taught using ChessBase. Ashton’s Panda Chess Academy transitioned from in-person classes to online instruction, due to his city’s closure of non-essential businesses. WIM Alexey Root interviews Jeff Ashton.

Jeff Ashton’s Panda Chess Academy has rented office space in the same Houston, Texas building since 2008. Before opening his academy, Ashton taught chess for Houston-area schools and camps. When Houston’s mayor mandated on March 24, 2020 that non-essential businesses close to reduce the spread of the coronavirus and its disease, COVID-19, Ashton moved Panda Chess Academy’s tournaments, group classes, and private lessons online. Currently working from home, Ashton teaches chess classes using ChessBase and Zoom video conferencing. In this article, he shares four of his favorite ChessBase features for teaching children’s chess classes. Although he first used these features when teaching in person, Ashton reports that they work equally well online.

ChessBase has a feature called "Piece Path". When Ashton wants to show how often a queen has moved in a game, to emphasize that a queen developed early gets chased around endlessly, he uses Piece Path. Piece Path generates arrows that show everywhere a queen has moved during a game. Of course, Piece Path also works with other chessmen. 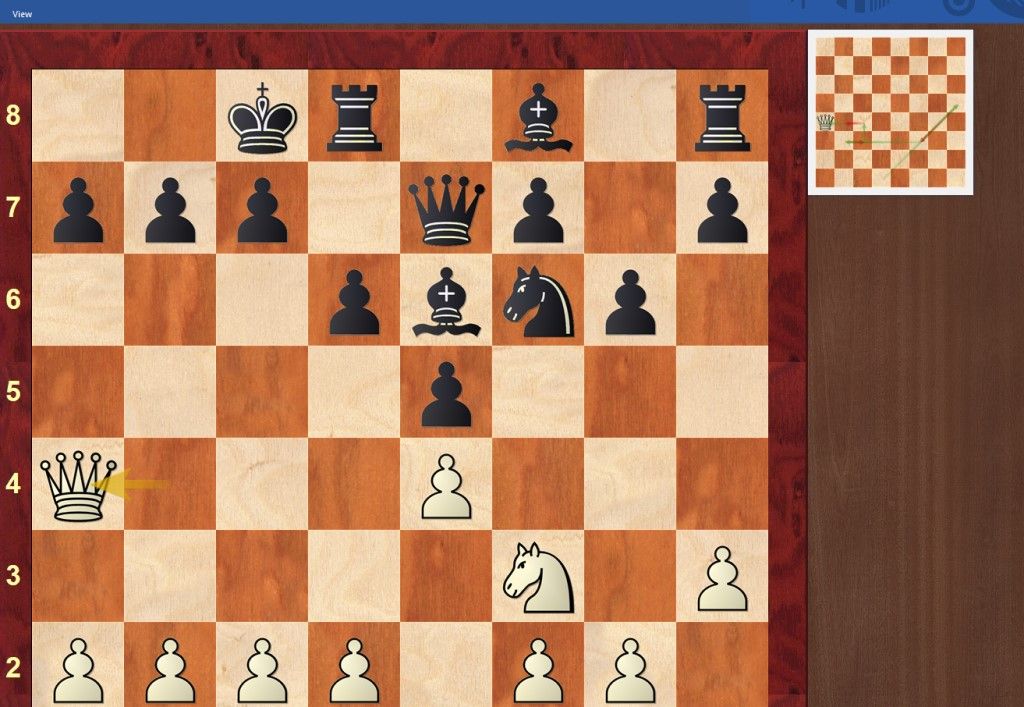 The path of the queen is shown on the upper right corner.

Now that Ashton is teaching exclusively online, he uses the "Polls" feature in Zoom video conferencing. Children still select a candidate move from among the choices indicated by the green, yellow, and red arrows. But instead of holding up fingers, each student clicks green, yellow, or red in the poll. From looking at his students’ fingers in person, or seeing the poll answers online, Ashton knows which students chose correctly. 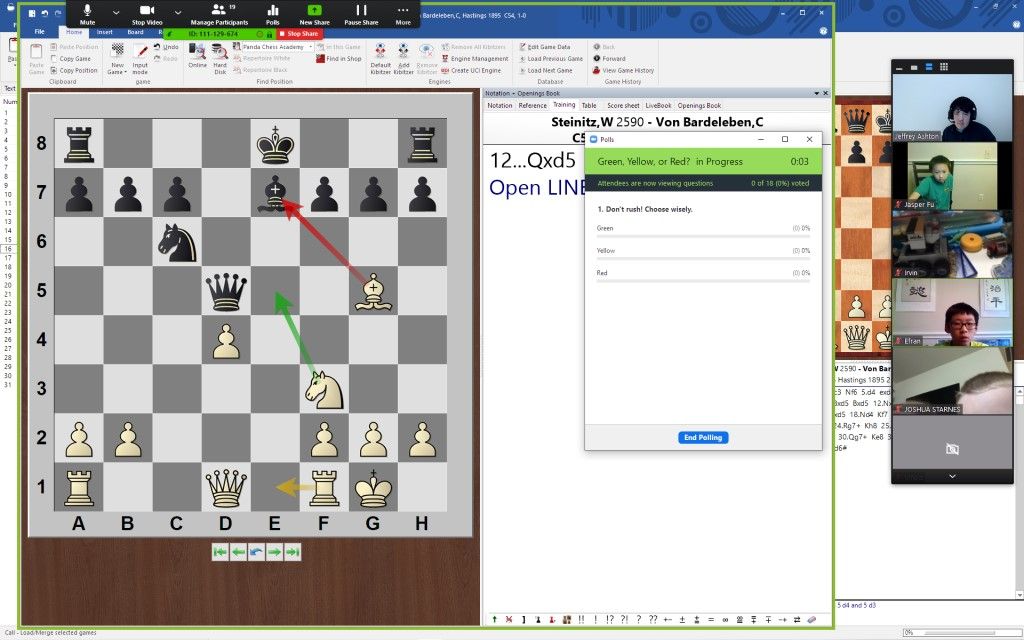 Using arrows to show the alternatives.

In a live class, this "fingers" technique is better than letting one child verbally tell the answer by explaining which candidate move leads to the best outcome. When an answer is said aloud, others stop thinking. With Zoom video conferencing, Ashton mutes his students’ microphones so that no one verbally gives away the best line.

Once each student has indicated which candidate move he or she thinks is best, Ashton explains which candidate move is actually correct. The students who picked the right candidate move are delighted with themselves and the others have learned something new. After explaining, Ashton erases the arrows by clicking slightly off the board. The correct answer for the arrows position in this article is the red-arrow move 13.Bxe7, as played in this famous game. 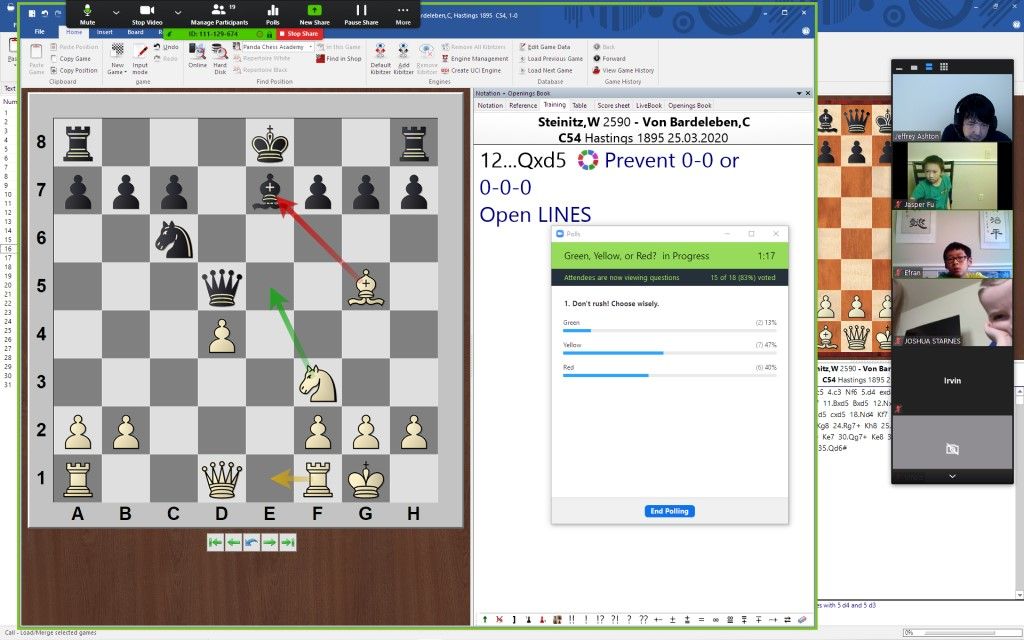 A group of kids learning from the classics.

ChessBase helps children learn the algebraic name of each square. Ashton said, "ChessBase allows me to adjust the board margins so that the coordinates are super visible." Additionally, ChessBase allows font size to be adjusted for any text, such as annotations like "White is better here." Ashton said, "Whenever there is small print on a screen, children always squint to read it even if I tell them to ignore that small print. So, it’s important to eliminate small print. When I taught in-person at Panda Chess Academy, I used a 26-size font as I had a big screen. But for teaching on Zoom, I have cranked the font size up to 40-size font." 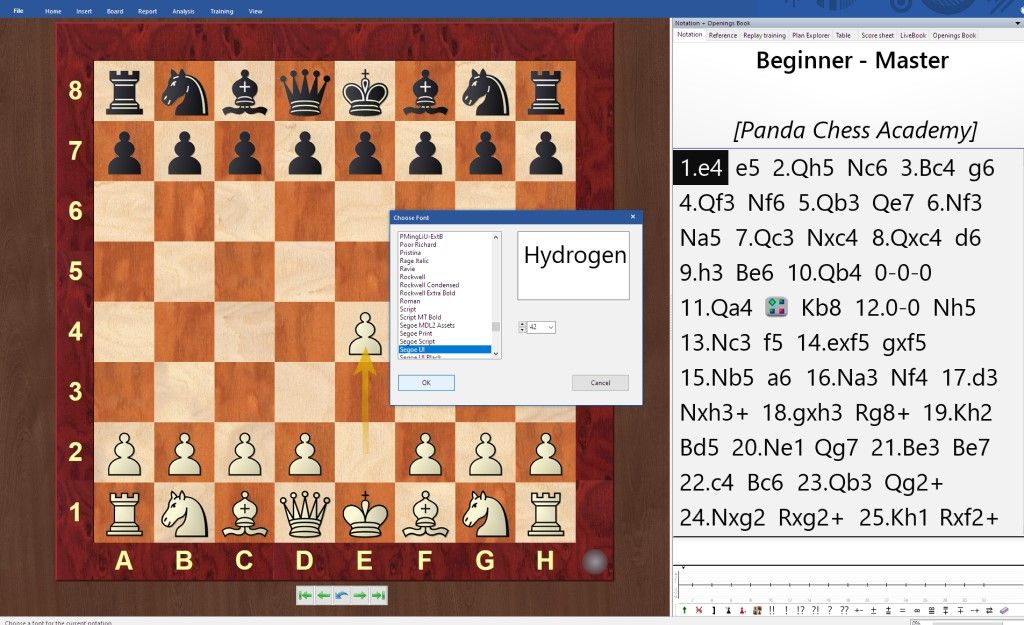 Tweaking the layout parameters to improve the teaching environment.

Ashton presents puzzle positions and games using ChessBase on his computer. By enabling Zoom desktop sharing, Ashton’s students can see his computer screen. After the lesson ends, Ashton publishes its puzzles and games. Ashton sends that "Publish to Web" link to his students so they can review the chess material from their just-completed lesson. Ashton also records the lesson in Zoom, which captures the sound, video, and screen capture. Ashton provides a link to that recording to the students who participated.

During a March 24, 2020 class of beginner level to 1500-rated students, where the youngest student was six years old, Ashton presented a 2005 game of his versus a former student. Ashton typed in some of the annotations live, as the lesson progressed. After the lesson, he emailed this "Publish to Web" link to his students. 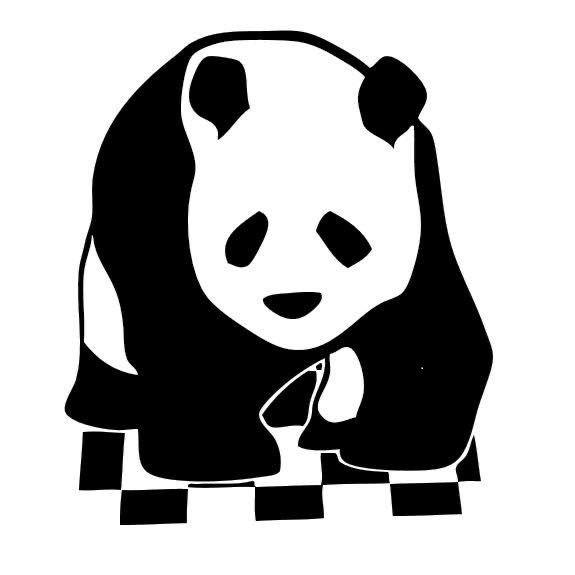 Alexey was the 1989 U.S. Women's Chess Champion and is a Woman International Master. She earned her bachelor’s degree in History at the University of Puget Sound and her doctoral degree in Education at The University of California, Los Angeles. She has been a Lecturer in Interdisciplinary Studies at UT Dallas since 1999 and is a prolific author.