The Indian chess community came together and raised Rs.1,01,973 to be contributed towards the Bharat Ke Veer Corpus fund towards the family of Pulwama Attack Martyrs who were killed due to terrorist attack. This was the first time that India no.3 Vidit Gujrathi participated in a ChessBase India online blitz. His sole intention was to raise awareness and funds thanks to his presence. Apart from Vidit many other top Indian players contributed who included Adhiban, Soumya Swaminathan, GN Gopal, Eesha Karavade, Bhakti Kulkarni, Laxman RR among others. The highest contribution was made by GM Arjun Erigaisi of Rs.15,000 and he also won the Pulwama online blitz and a signed copy of Carlsen's DVD. A report by the tournament director and coordinator Shahid Ahmed.

When terror strikes our nation, our first reaction is panic. But at the same time we are usually confident that this attack is not going to affect us in person. That's because we know that the Indian armed forces are doing their job around the clock to keep the entire nation safe. For them laying down their life for the nation is the greatest honour that could ever be. Their family comes second to them, while the motherland and safety of its citizens is the priority. When 40 such selfless individuals were brutally killed in Pulwama on the 14th of February due to a terrorist attack, it was a moment of great grief for our country. We, at ChessBase India decided to pay homage to our martyrs by organizing an online tournament on 24th of February 2019 on PlayChess. There were no entry fees, nor any prizes. All the players gave their time and energy for the martyrs of Pulwama Attack. 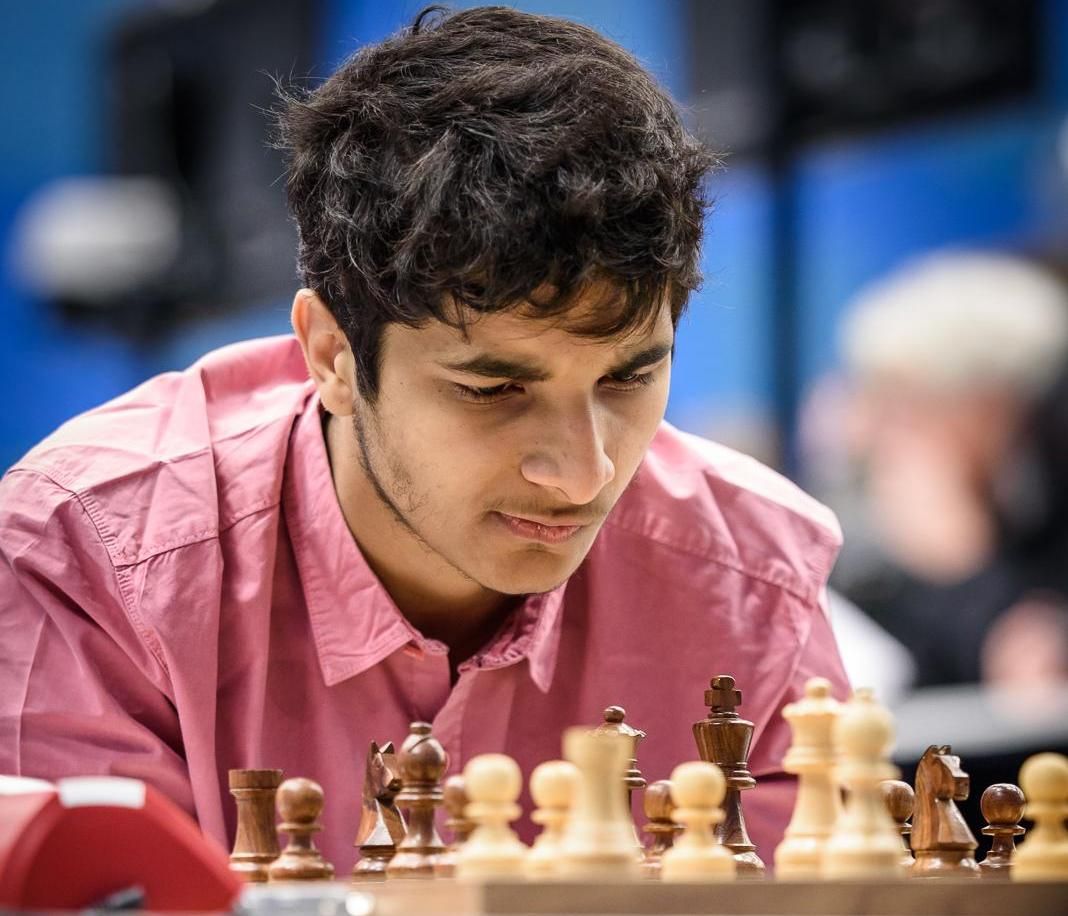 India no.3 Vidit Gujrathi was the biggest name at the event. Vidit gave his precious time and fought in the event so that more people would participate and money could raised for the martyrs | Photo: Alina l'Ami 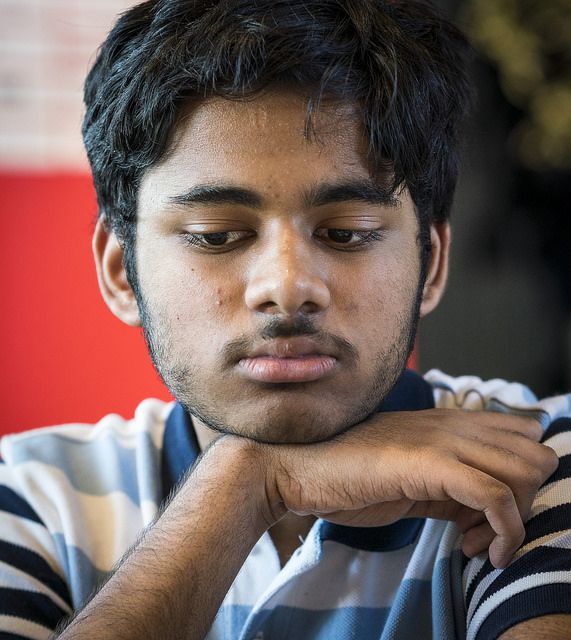 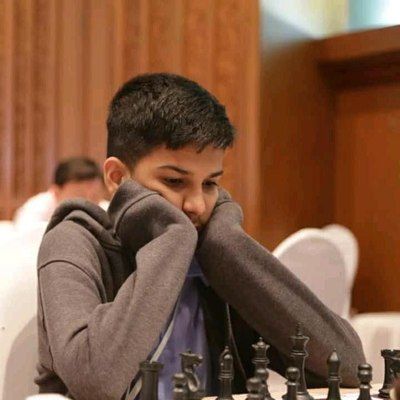 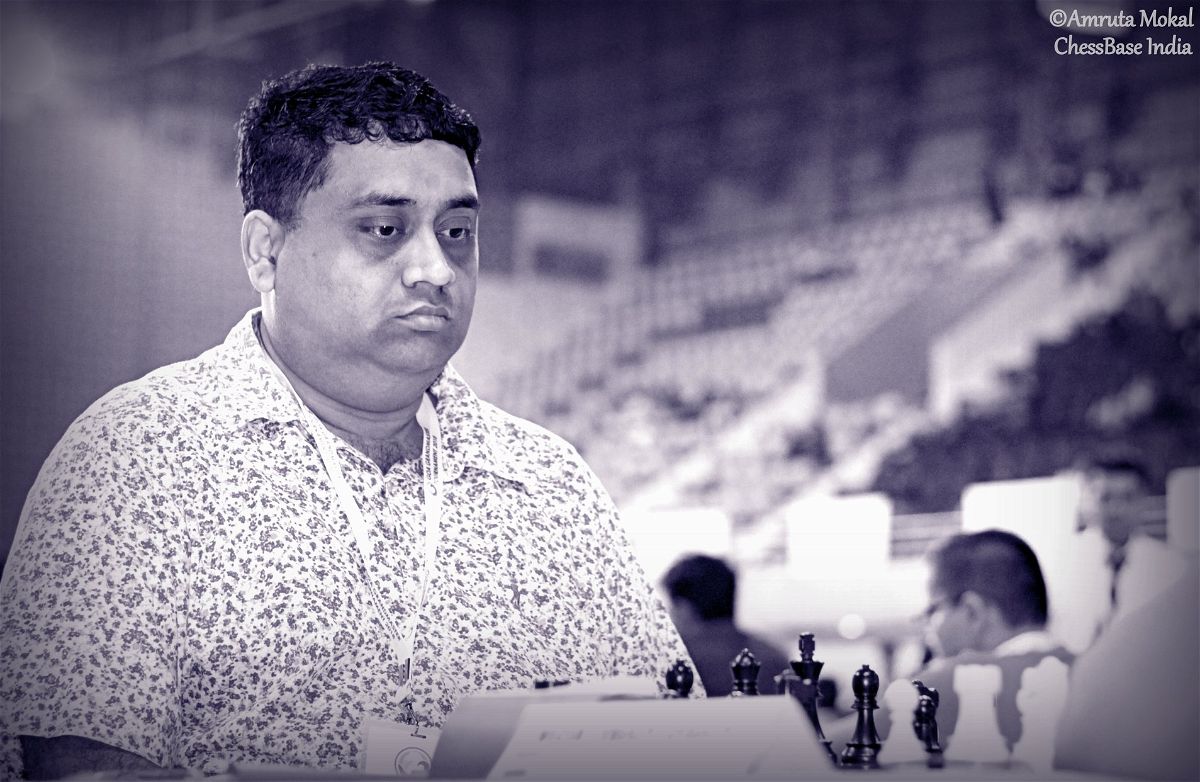 Raghav Vaidya, a 10-year-old youngster, played all the way from London and contributed Rs.5,000 for this noble cause 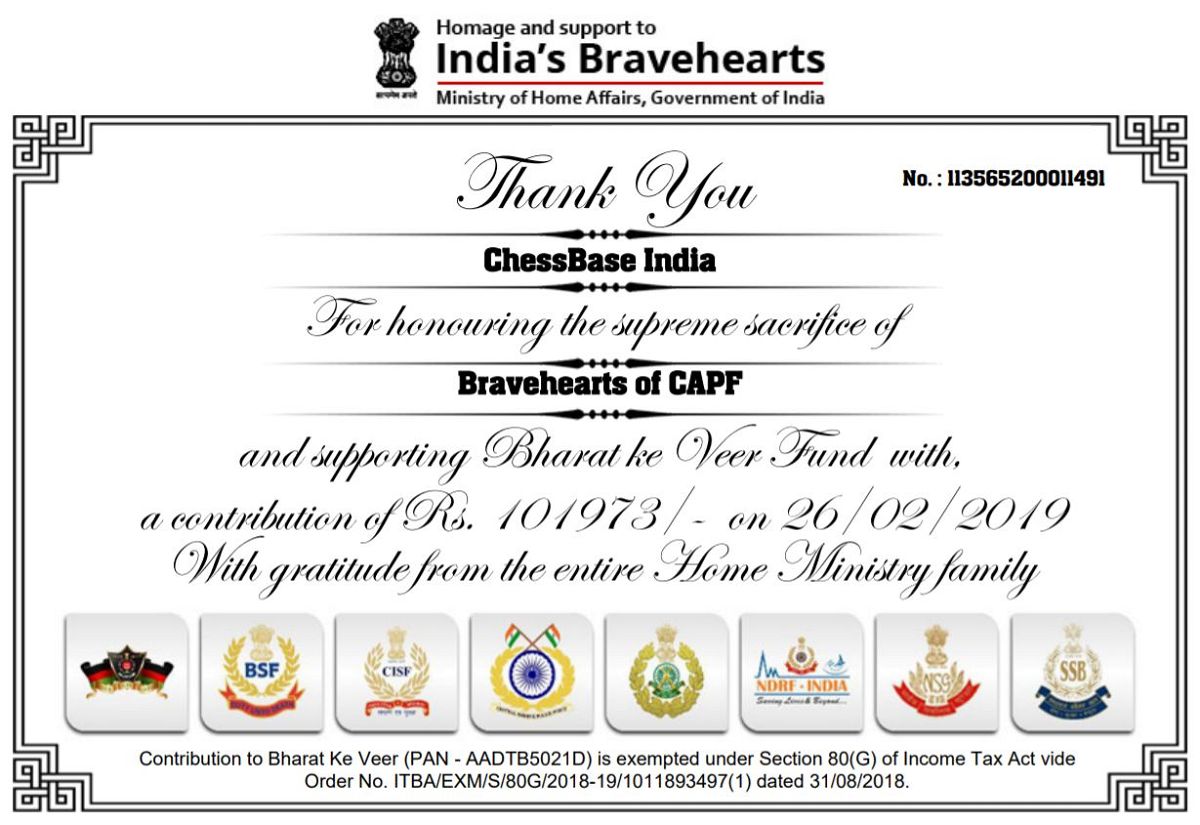 Details of the contributors

The tournament started sharp at 8 p.m. on the 24th of February in the Vishy Anand arena in the ChessBase India room on Playchess. The favourite to win was surely Vidit Gujrathi (EvilGenius). However, he lost a critical game in round five against Arjun Erigaisi (Indian-Lion). 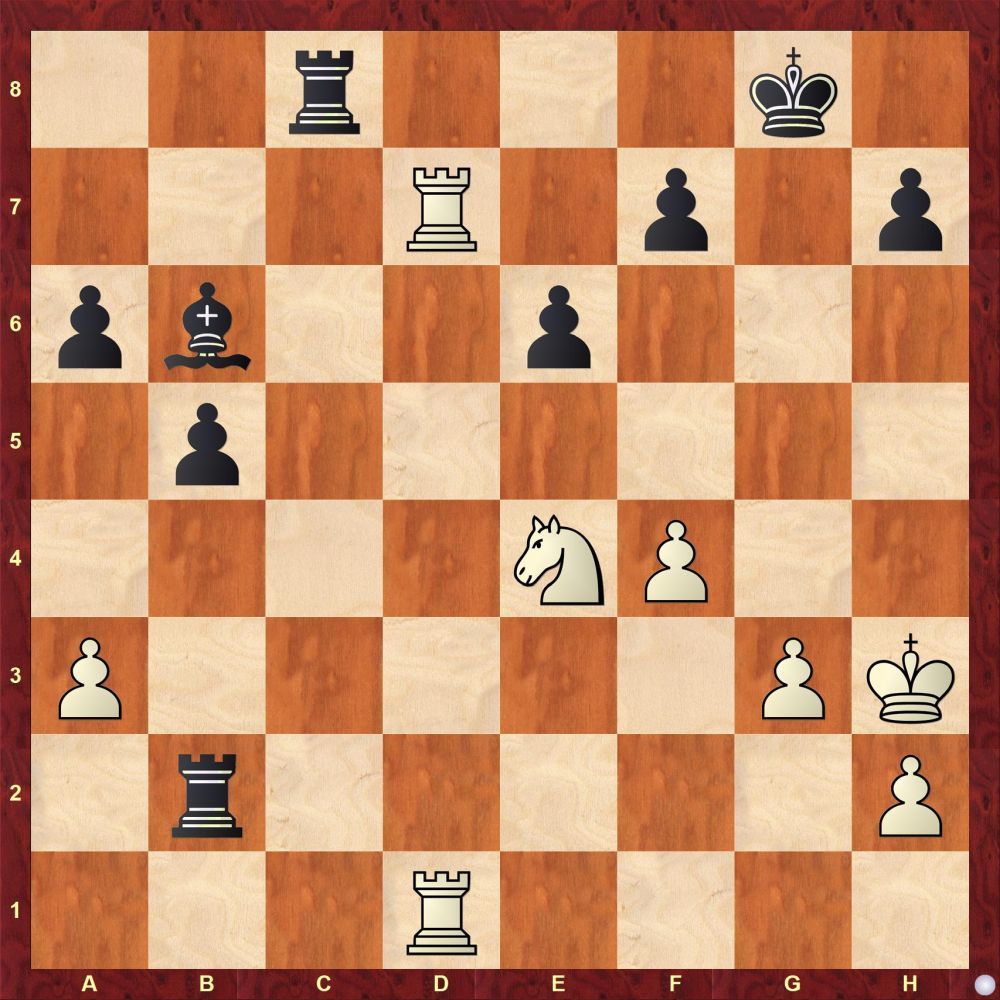 Arjun moved his rook to b7 and then doubled his rooks on the seventh rank. Combined with the knight it became an overwhelming attack to defend against and within a few moves Vidit had to throw in the towel.

In the next round itself (6th round) GM Laxman R R shocked Arjun's dream run when the latter blundered a piece in an equal Rook, Knight endgame.

WGM Soumya Swaminathan faced India no.3 GM Vidit Gujrathi in round 2. Although she lost on time, she had a good opportunity which she did not take. 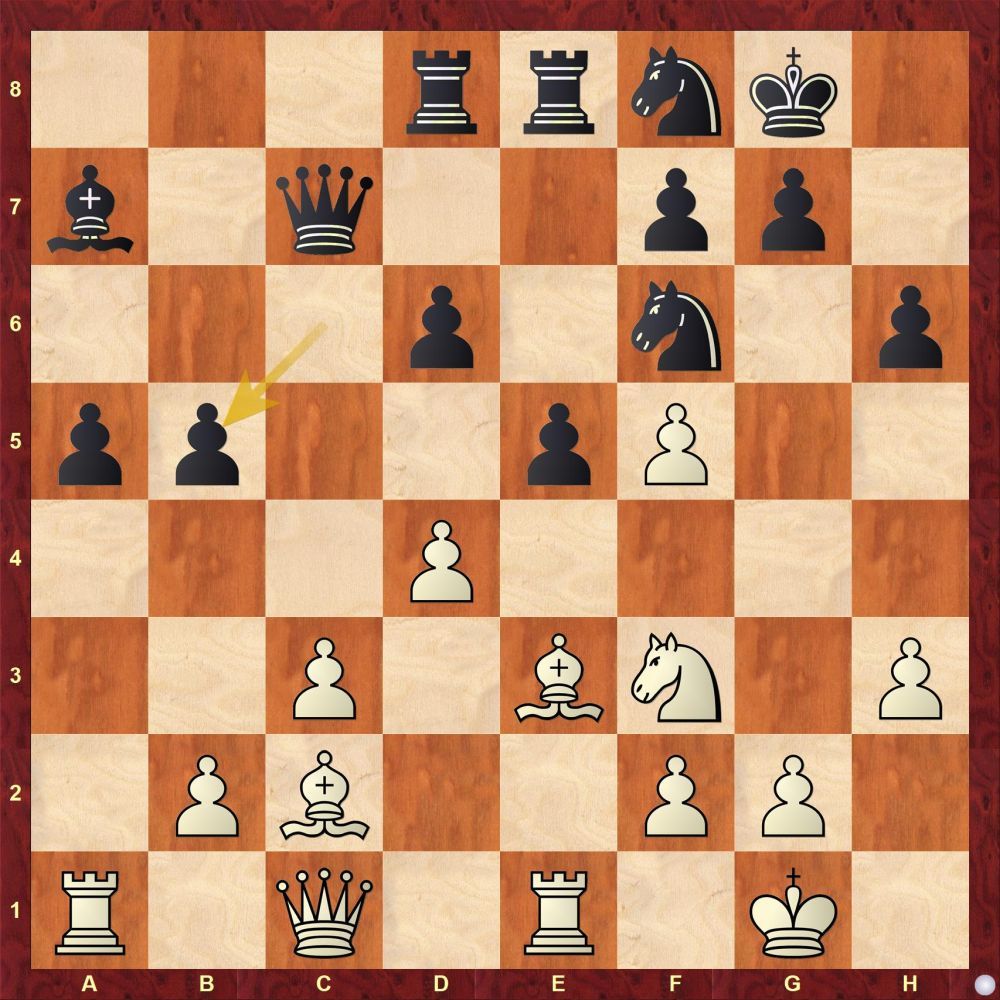 Soumya played 21.dxe5 here. What was the better continuation for White?

In the end we had two players on 8.0/9 - Arjun Erigaisi and Vidit Gujrathi. Arjun won the tournament and also gets the autographed DVD of Magnus Carlsen. Vidit finished second and Laxman was third. 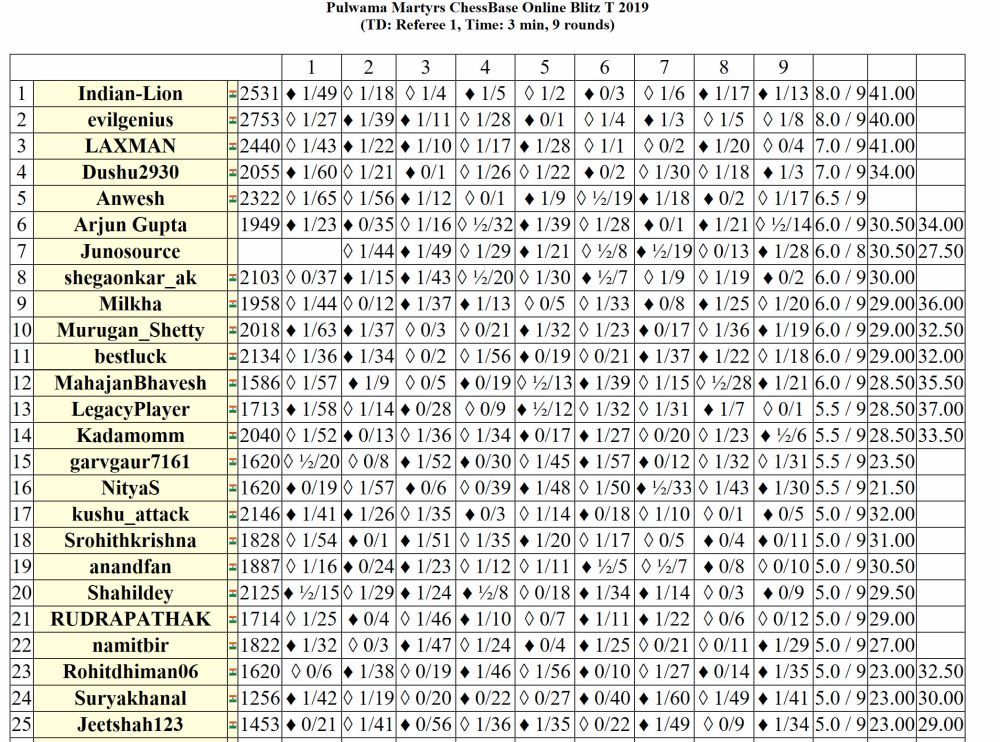 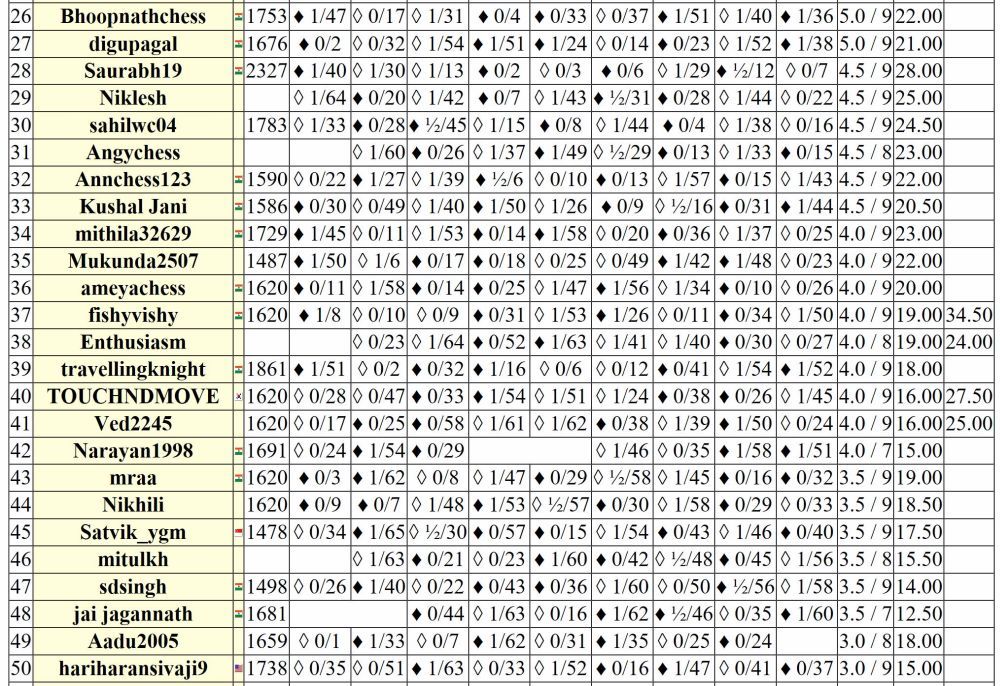 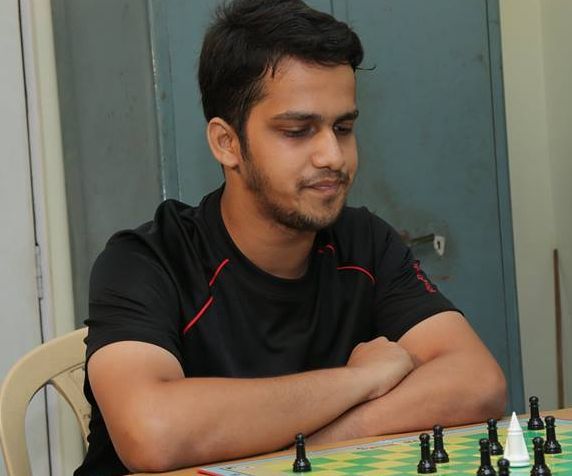 We thank each and every player who contributed towards this initiative with money or time. We greatly appreciate your gesture.

Feedback by the players:

Nicely conducted tournament. Since it's a fund raising event entry fee could have been fixed as minimum rs.500 or atleast rs.300. Also more awareness can be given so that many players can take part.Thank you.

ALL OF US LEAD A PEACEFUL LIFE ONLY BECAUSE OF THE SELFLESS AND VALIANT SERVICE RENDERED BY THE PULWAMA MARTYRS FOR THE NATION. MAY THEIR SOULS REST IN PEACE . PROUD TO CONTRIBUTE FOR A NOBLE CAUSE.. AN EXEMPLARY EFFORT BY THE CHESSBASE INDIA TEAM.

A great job by all of you.

As a mark of respect towards Martrys of Pulwama attack a tournament was organized by @ChessbaseIndia . No entry fee and no cash prizes. All donations were for family of the martrys (Bharat ke veer corpus funds). Thanks to everyone who came forward. https://t.co/Gc5uYeFSRA