India gets its 74th Grandmaster in the form of Rahul Srivatshav! Rahul achieved his final GM Norm in the Cattolica Open 2022. Check out the story of the 19-year-old GM who manages a degree in Economics and the Grandmaster-level play together- how does he do it? We explore it all in this exclusive interview with the man himself.

Interview with Rahul moments after he became a grandmaster

Rahul Srivatshav (RS): Thank you so much! I think it was long overdue- I’m pleased to finally achieve this title. I’m playing the Cattolica Open in Italy right now- this is the 3rd event on my trip. I achieved the rating requirement of 2500 with a draw today against GM Levan Pantsulaia.

SS: Please tell us a bit about yourself- where did you grow up, and what are you studying now?

RS: I’m 19 years old right now- I grew up in Hyderabad, Telangana. I went to the US last year- and I’m studying Economics right now at the University of Texas, Dallas. I just completed my first-year last month.

The UTD team which won the National Blitz Team Championships in 2021 | Photo: US Chess Federation

SS: When did you start playing chess, and how was your journey in becoming a GM?

RS: I started playing chess around 10-11 years ago- since then, I’ve been playing a lot of tournaments everywhere. I got my IM title in 2017. I got all my GM Norms by 2019- then the Pandemic hit worldwide, and I was unable to play tournaments. That’s when I decided to focus more on education- and finally broke through the 2500 Rating barrier today.

A fantastic game by Rahul on the 4th round of the Cattolica Open- defeating FM Niklas Schmider.

SS: What do you think was the barrier stopping you from achieving the GM title so far, and how did you overcome that?

RS: I always knew that I had the potential to be a Grandmaster- because I had good results against GMs, I got all my norms and was close to the 2500 mark. The problem was- I was not able to time my performances well. Once I took off my mind from that and started focusing on Academics, it helped a lot I think- I started to have better organization, had more focus, and was able to cross this bridge.

SS: How has your College been supporting your Chess Journey so far?

RS: My College has been really helpful actually- They give me a full scholarship, including my staying costs in the US. They also let me play tournaments freely- sometimes even covering my tournament expenses. There are a lot of Universities in the US that support Chess players like this- the University of Missouri, St. Louis University, Webster University, and so on. You just have to play for the University Team and get good grades in your exams. 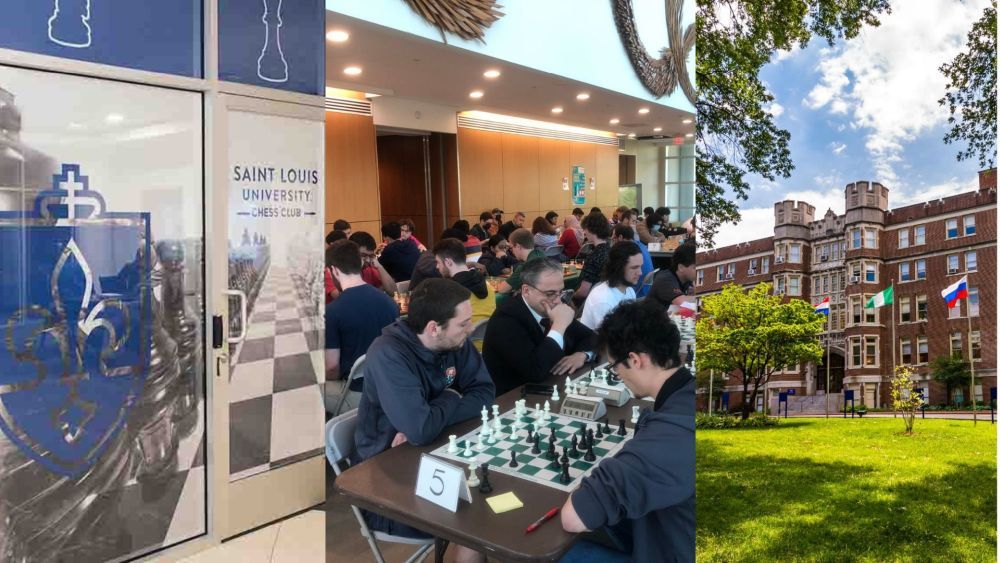 From left- St. Louis Chess University, University of Texas, Dallas, and Webster University. These Universities have helped a lot of chess players!

SS: Who are the chess trainers you’ve worked with so far?

RS: So as of now, Our University Team coach is Filipino GM Julio Sadorra.  My parents supported me a lot in this whole journey- my dad accompanied me everywhere while playing tournaments. My coach right now is GM Ernst Sipke from the Netherlands. Apart from that, Coach Rama Raju and Muralikrishna have helped me a lot throughout my Chess career.

From left- GM Ernst Sipke, Rama Raju, and Muralikrishna. These coaches helped Rahul to become who he is right now!

SS: What’s next for you Chess-wise? Any rating goals?

RS: I’ll continue playing a lot of tournaments- now that I’ve made GM, I’ll be experimenting with my openings a lot. I’ll be playing chess for the fun of it.

SS: Which school in India did you go to and what kind of support did you get there?

RS: From the 1st-9th Standard, I studied at the Sadhu Vaswani International School. They supported me a lot- with the School fees and playing tournaments in general. I had to leave the school after Class 9th- they couldn’t help me with the Board exams. After that, I joined NIOS and completed my education till the 12th Standard there. It was a lot easier in NIOS- you don’t have to go to the School, they send you the books and you just have to take the final exams. 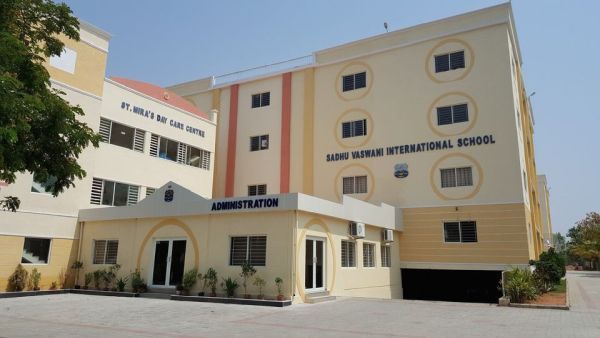 SS: How do you prepare for your chess games?

RS: I like to follow Correspondence games because you can find a lot of new ideas there. Almost all of the Novelties in Top-level classical events are taken from Correspondence games. I don’t follow recent chess events as much these days- probably I should(chuckles). As for Chess books, I like books with lots of calculation exercises or Studies- for example, Dvorestky’s Analytical Manual helped me a lot.

Rahul uses the Correspondence database extensively for his preparation. You can also get it from our shop.

SS: Are you excited about India hosting the Chess Olympiad?

RS: Absolutely! Along with the World Cup, the Chess Olympiad is probably the most fun event to follow. Such a large-scale event being hosted in Chennai is awesome- I do plan to visit during the Olympiad.

The Official Logo and Mascot of the 2022 Chennai Chess Olympiad! Photo- AICF

SS: What do you do in your free time- do you have any hobbies?

RS: I like to play Video games in my free time-  Valorant is something which I’ve been playing for some time now. Apart from that, It’s mostly studying for my classes and hanging out with my friends.

SS: What is the thing you miss the most in the US?

RS: Apart from my parents, Indian food is the thing I miss the most. There is Indian food available in the US- but it’s not good at all for us Indians(smiles).

SS: Alright, Rahul, it was nice talking to you, best of luck with your chess and Academic ventures!

RS: Thank you so much!