Ju Wenjun is the current Women's World Champion in Classical and Rapid chess. She was also instrumental in China winning the gold medal at the Batumi Olympiad 2018 by playing on board one. At the Prague Challengers Wenjun was leading the tournament with a score of 3.0/4 with wins over David Paravyan (2627) and Peter Michalik (2565). It was clear that she was in great form. On the other hand Pragg had had a slow start to his event. He lost to Bartel in round one and then three draws against Jiri Stocek (2592), Nguyen Thai Dai Van (2546) and David Paravyan (2627). Clearly he wasn't the favourite when facing Ju Wenjun in round five. But the 13-year-old prepared his opening to perfection, played the middlegame with care, and the endgame like a machine to bring home the full point. Complete analysis of this interesting encounter. 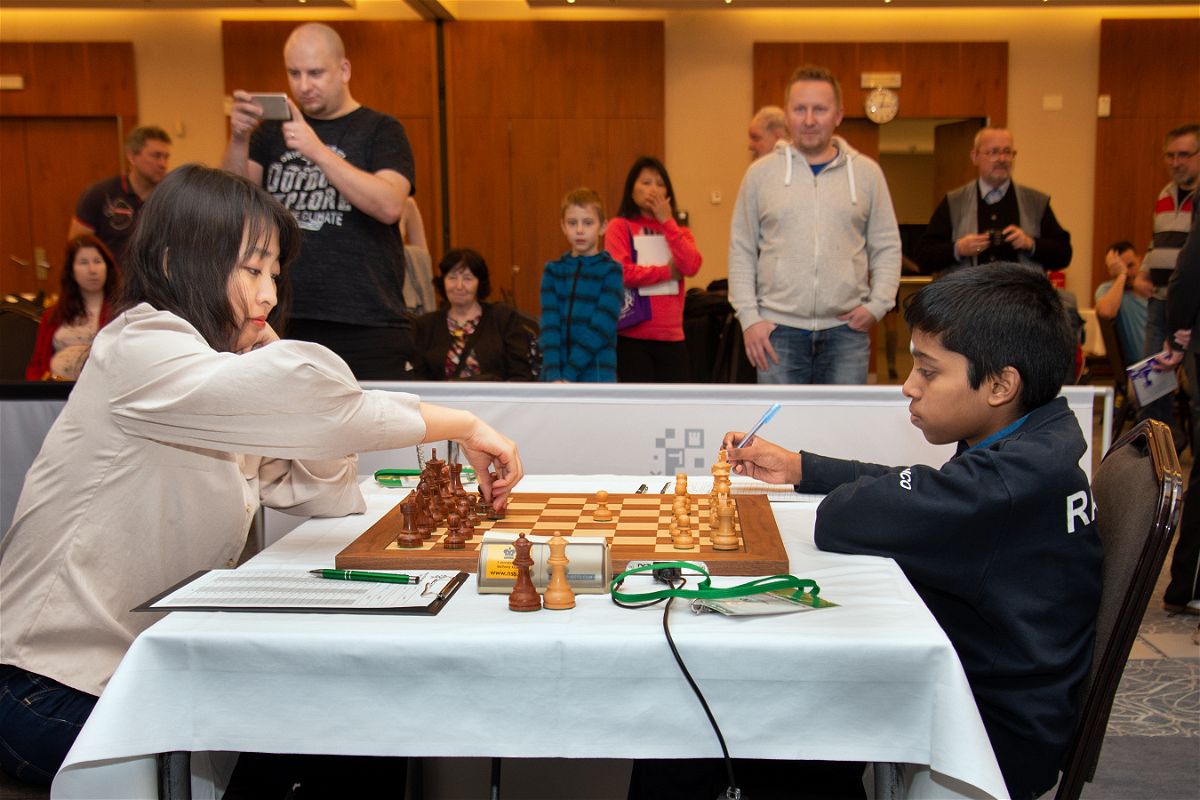 The most awaited clash of round five in the Challengers section - Pragg vs Ju Wenjun | Photo: Vladimir Jagr 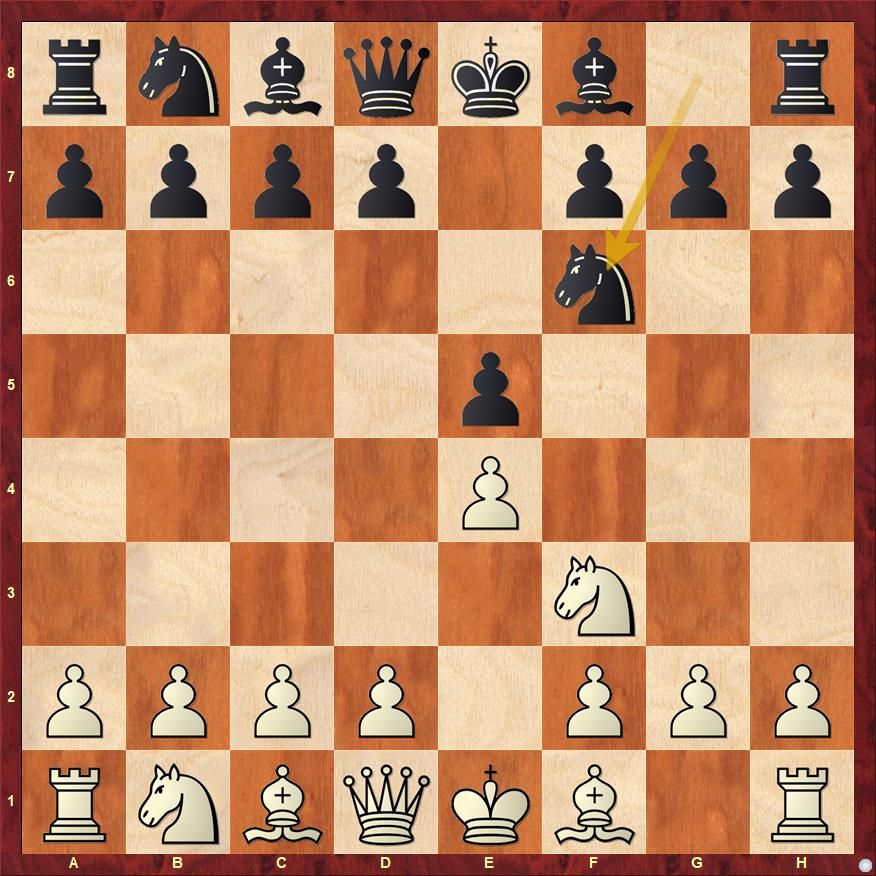 The game began with the Petroff. For all those wanting to learn this opening can go for GM Daniel Fernandez's DVD on this subject 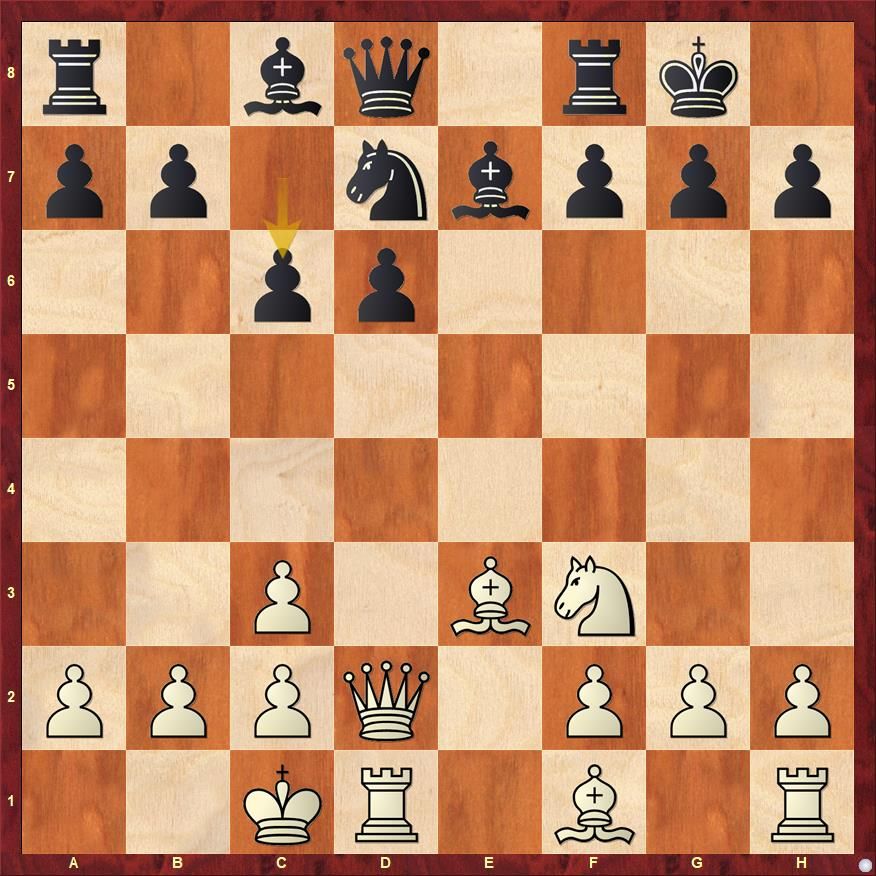 In the same tournament we have seen many games in the Petroff, but they were with ...Nf6 (Vidit vs Gelfand). Ju Wenjun went for ...c6, which has been played by top players like Caruana, Giri, Anand but also by Ju Wenjun herself against Gulrukhbegim Tokhirjonova in December 2018. That's the reason why Pragg was able to be well prepared in the game. 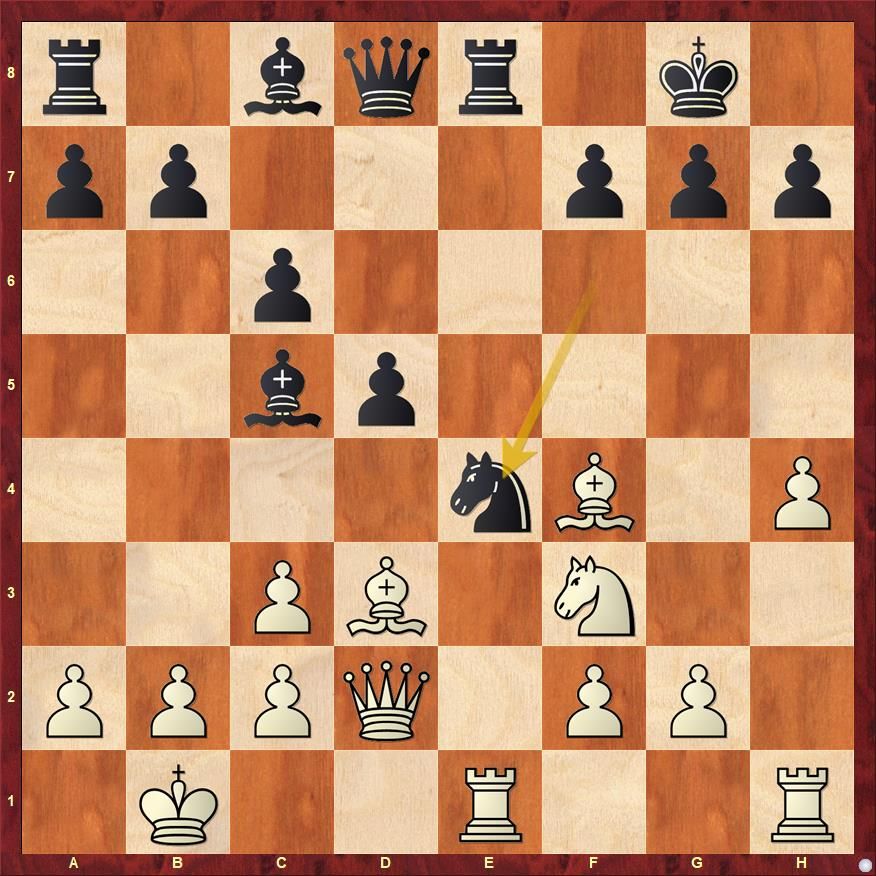 ...Ne4 was a double edged decision by Ju Wenjun as after Bxe4 dxe4 Rxe4 she loses a pawn. Of course the Chinese player saw that, but she also figured out that she would have good compensation in return for the pawn. 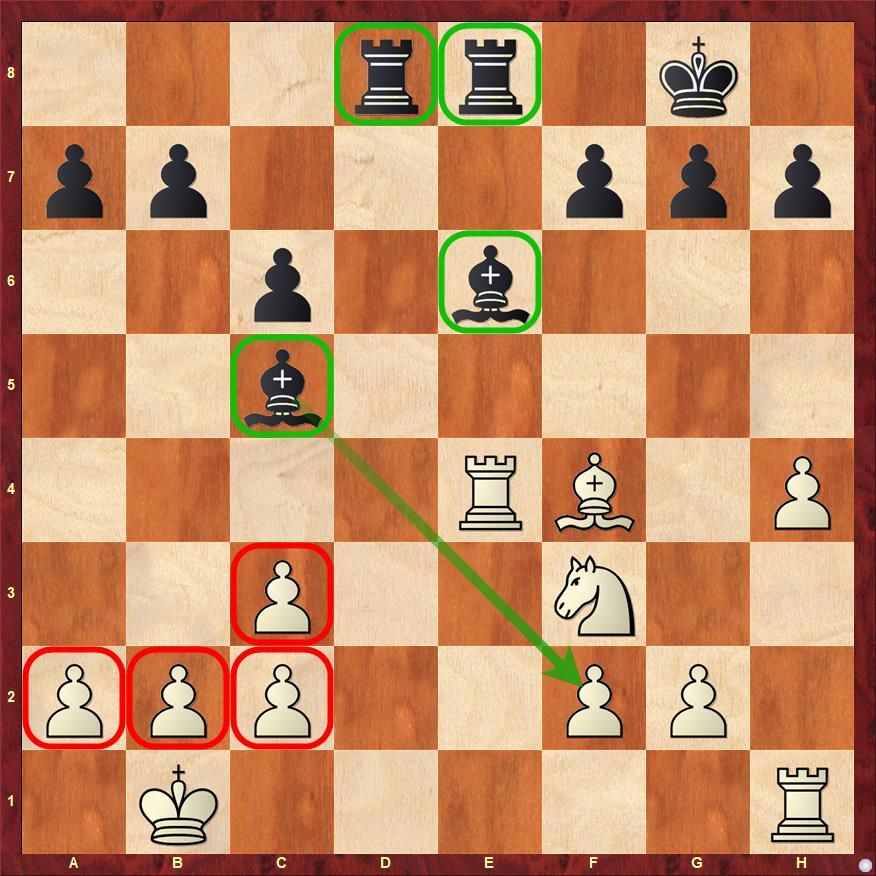 It's obvious that for the pawn deficit Black has compensation. The bishop pair is strong and also the queenside extra pawn is not going anywhere. Yet, Black has to be very active. If Ju Wenjun wastes any time, she would slowly land into an inferior position. 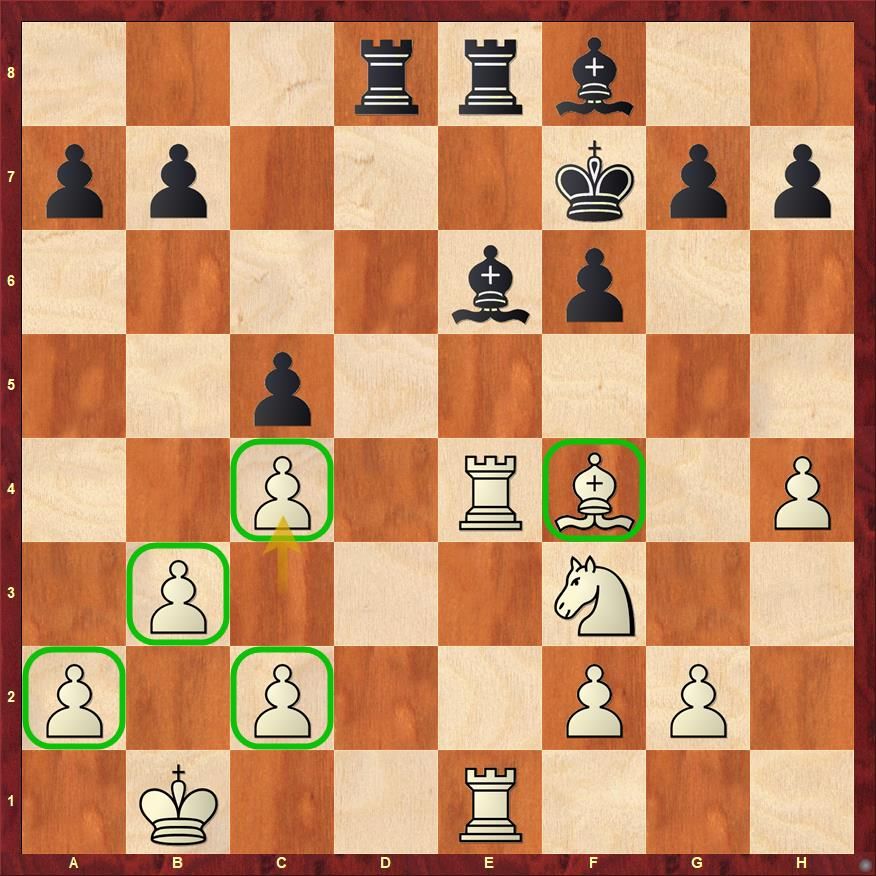 Pragg manaed to get his pawns on the queenside moving and he placed them on the opposite colour of his bishop on f4. In this way he was able to keep control. 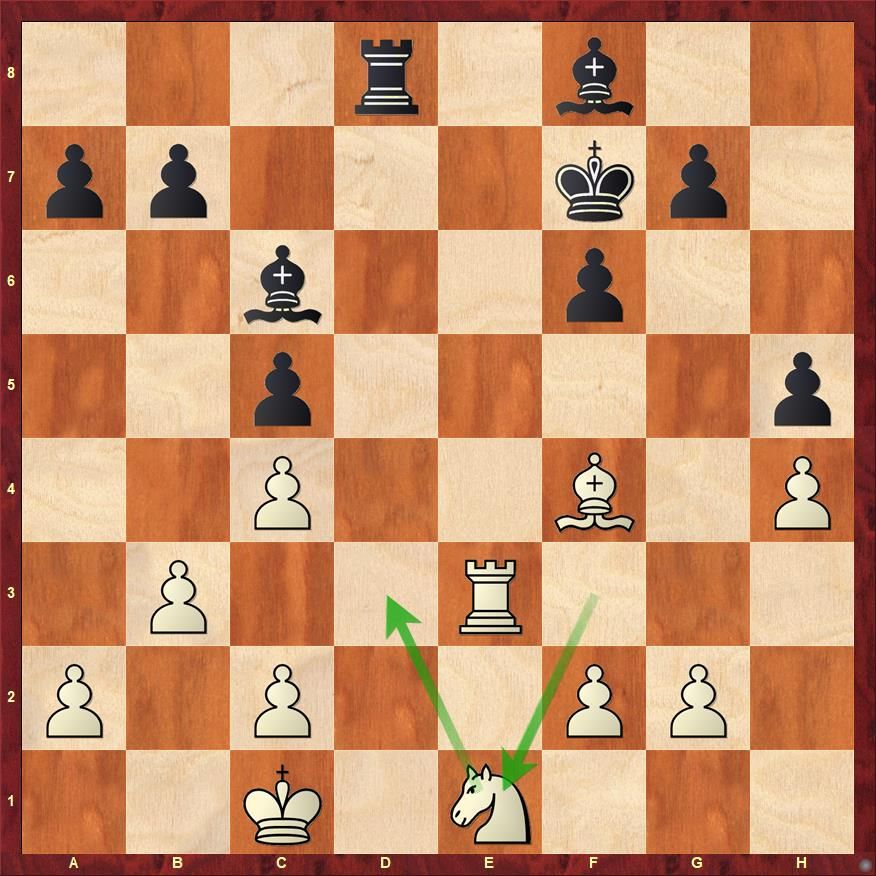 The Nf3-e1-d3 idea was very strong. In this moment Black should have played ...a6 in order to create counterplay with b5. However, Ju Wenjun was not in her element and let White consolidate his position 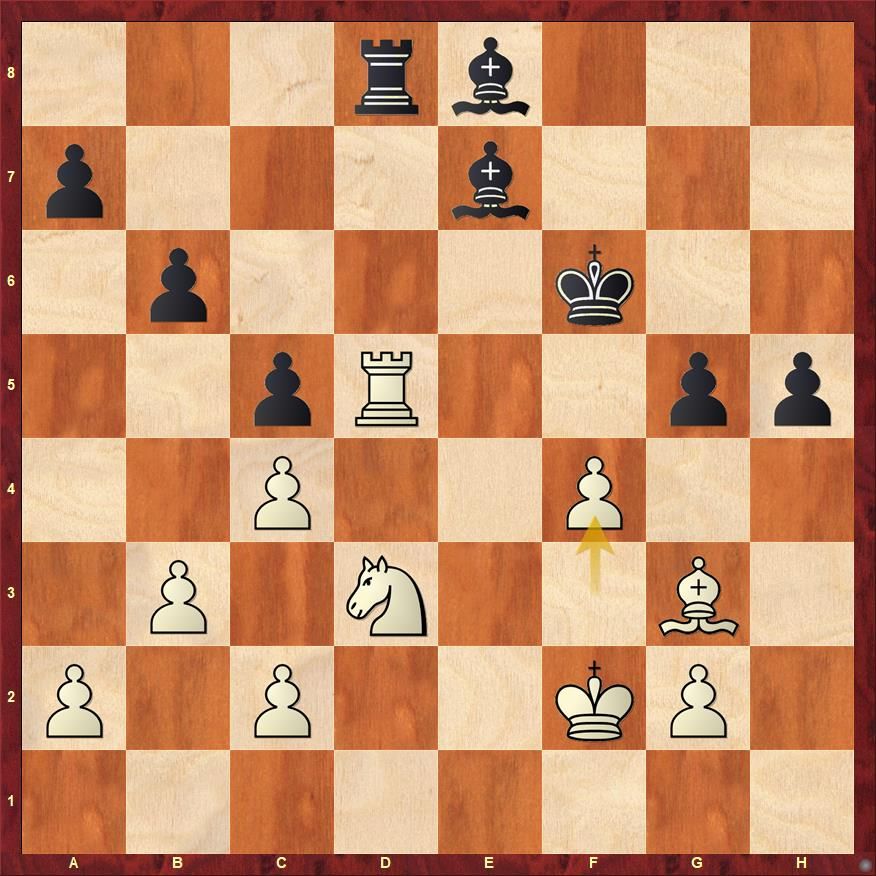 This is typical Pragg. He doesn't miss tactical opportunities presented to him! The move f4 tries to dislodge the pawn on g5 so that Bh4+ becomes a possibility. 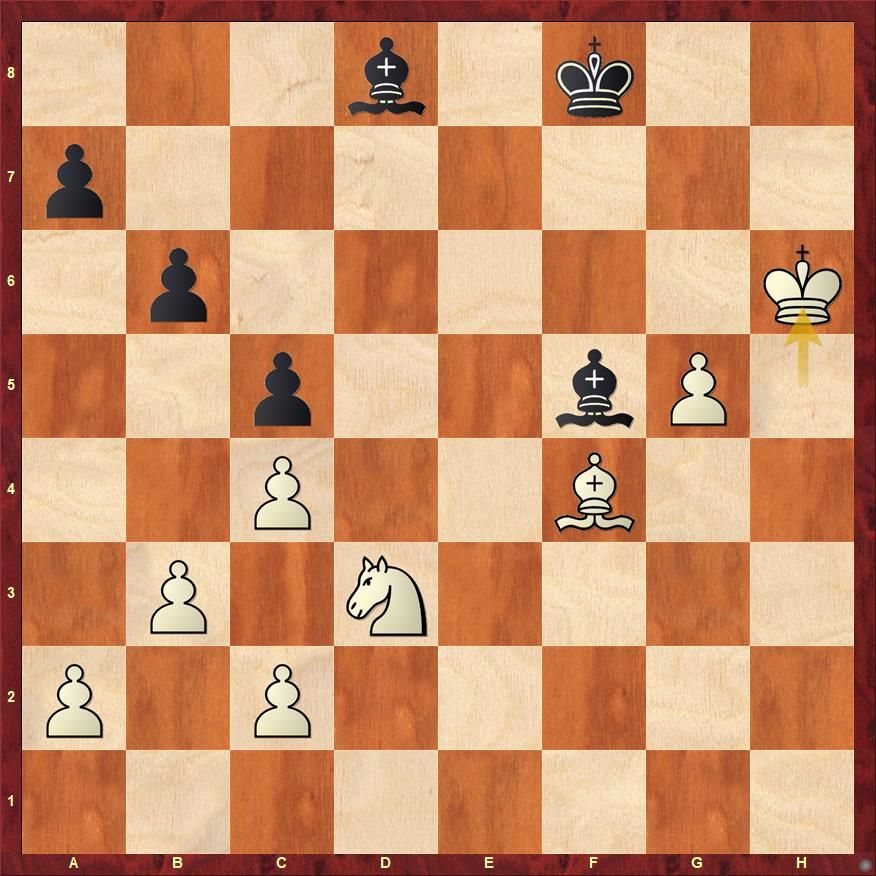 With two pawns up White was in the driver's seat and Pragg made sure that he would win the game by activating his king in a decisive manner. 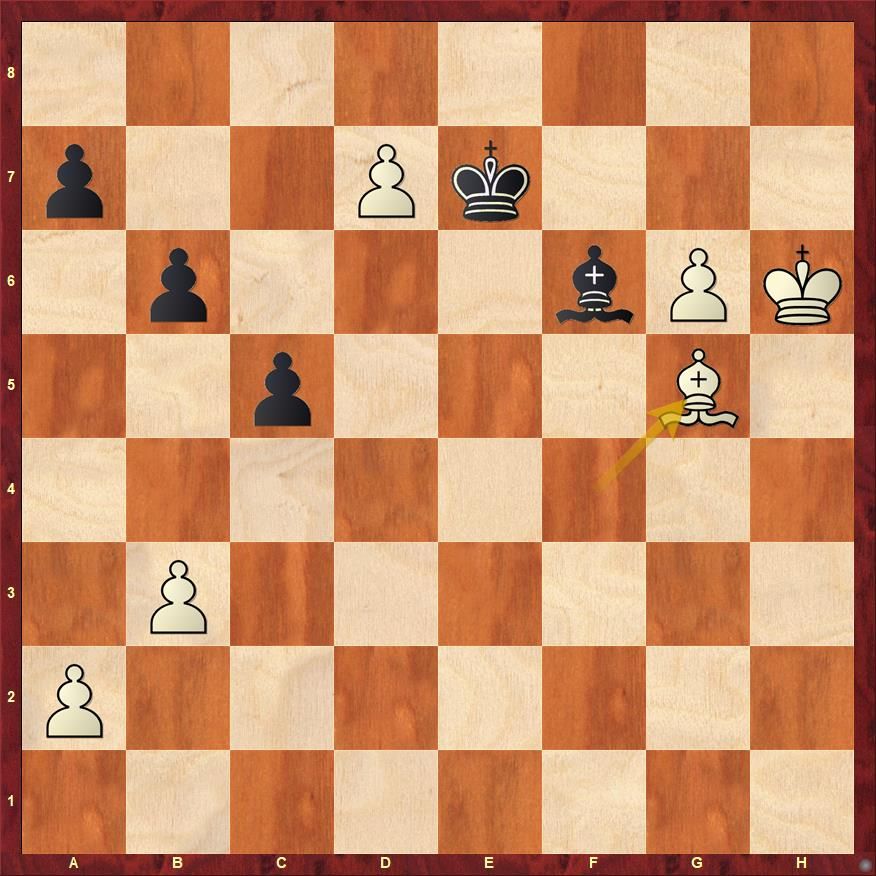 The final stroke. One of the pawns will queen!

The heartening part about this victory was Praggnanandhaa's technique. Once he had the pawn, he played absolutely without any errors. To do this against a world class opponent and truly commendable. Technique is not Praggnanandhaa's stronghold. One would remember his loss to Maksim Chigaev at the Tata Steel Challengers where Pragg was a pawn up and still lost the game. Pragg seems to have done his homework and that is showing in his games. With four rounds to go, Pragg will face Peter Michalik, David Anton Guijarro, Jan Krejci and Alexei Shirov.

Ranking crosstable after Round 5

We reported on rounds 1-3 with Vidit's win over Gelfand and Harikrishna's victory against Duda. In the fourth round Vidit was outplayed by Sam Shankland. Usually Vidit is extremely solid with the white pieces, but against Sam's Grunfeld, something went wrong right out of the opening and the US Champion finished off the game well. In round five Vidit drew with the black pieces against Viktor Laznicka. He is on 2.5/5. Harikrishna after losing to Vitiugov in round two, beat Duda and then followed it up two draws in rounds four and five, against Wojtaszek and Rapport. Hari has faced all three top scorers in the tournament - Duda, Vitiugov and Wojtaszek. Hence, we can expect a strong finish from him in the rounds to come. 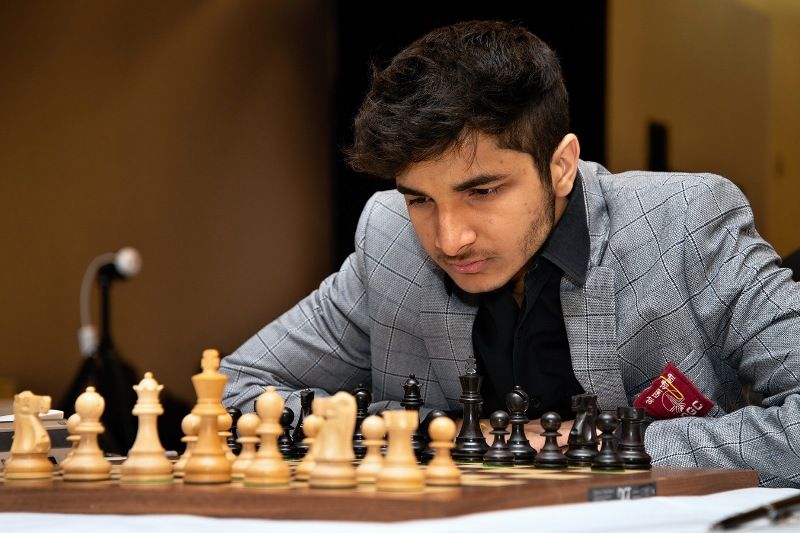 Vidit is on 50%, but will be looking for more in the last four rounds | Photo: Vladimir Jagr 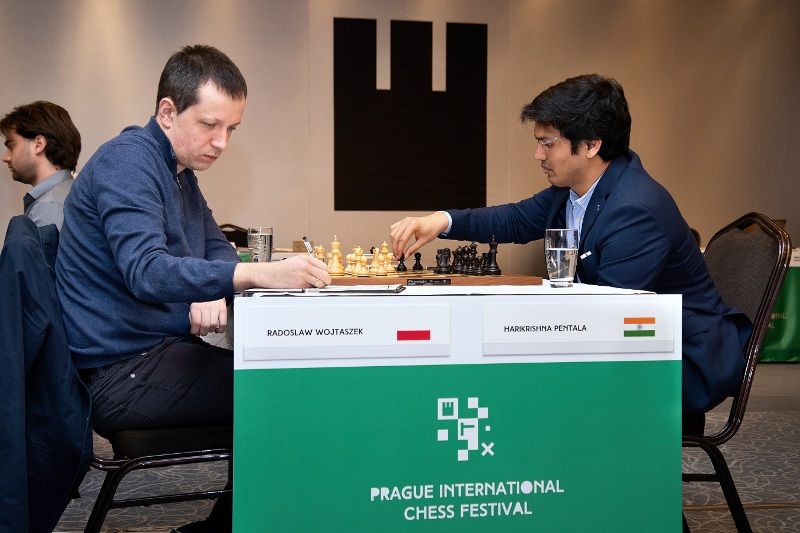 Harikrishna has been solid in rounds four and five. Time for some fireworks? | Photo: Vladimir Jagr

Ranking crosstable after round 5 in Masters

Duda is the leader in the tournament. In spite of his loss to Harikrishna he has come back strong in round four with a win over David Navara.

Round 7 will see Harikrishna and Vidit being pitted against each other. Hari will have the white pieces. The action each day begins at 7.30 p.m. IST and you can follow all the games on ChessBase Live.