Alireza Firouzja played only one tournament this year before the Candidates. It was clear that he was preparing for his golden opportunity. He got to show his full scale preparation against Nakamura in the third round. He blitzed out the first 25 moves and gained almost 80+ minutes advantage on the clock. The American is not the one who gets rattled easily. Being a sharp tactician and good with low time on the clock, he managed to real danger his opponent posed. Ding Liren was the only person who got remotely close to winning the sole game of the third round. Today is a rest day. Round 4 starts tomorrow, Tuesday 21st June at 3 p.m. local time, 6:30 p.m. IST. Photo: Steve Bonhage/FIDE

Richard Rapport is really having some exciting games. Being a creative and imaginative player, all three of his games could have ended decisively. Yet, all of them ended in draws. Radjabov and Nepomniachtchi had the tournament's first uninspiring draw, which did not surprise anyone.

Firouzja showed his fantastic preparation in his first game with the white pieces in this event | Photo: Steve Bonhage/FIDE 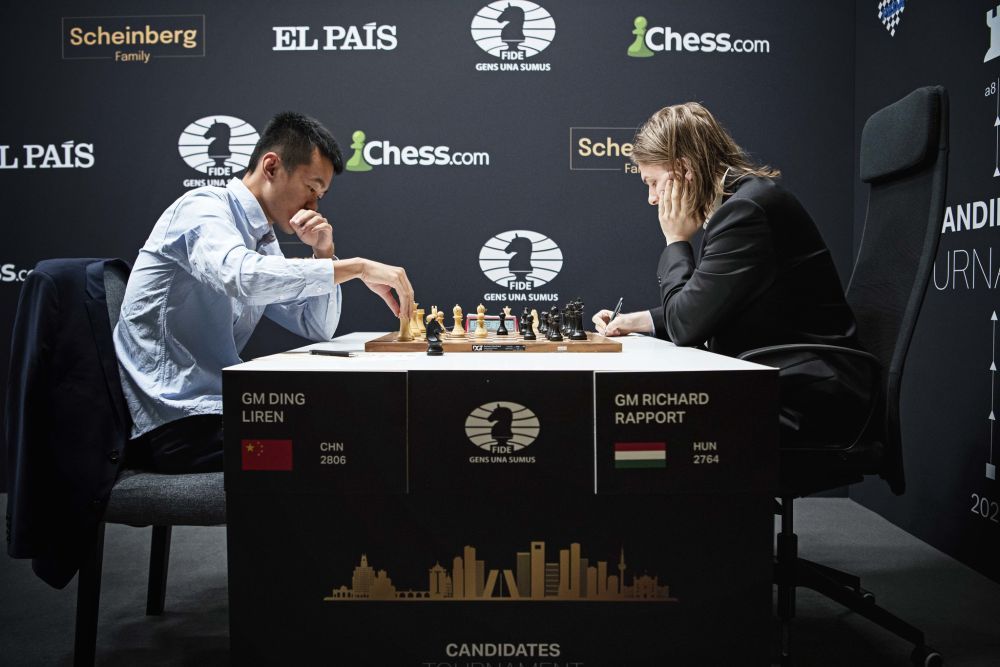 World no.3 Alireza Firoujza (FRA, 2793) showed his preparation as he blitzed out the opening moves in the Nimzo-Indian Defence. His 16.Nxg5 sacrifice was a new move in the position. Black had to accept the sacrifice 16...hxg5 17.Bxg5 Nc6 18.Qc1 after a long think, Nakamura played Rxd4 19.Rxd4 Nxd4 20.Qf4 Black played Nc2+ a pragmatic approach by Nakamura, after almost 45-50 minutes long thought 21.Kd1 Qd7+ 22.Kxc2 Qa4+ 23.Kb1 Qxe4+ 24.Qxe4 Nxe4 25.Bf4 Nf6. Firouzja started thinking for the first time after 25th move when he had about 1 hour 50 minutes left on the clock and Nakamura had only about 28 minutes remaining. Less time on the clock has never been an issue for Nakamura as he navigated himself quite well and managed to hold a draw.

Nakamura found the only move in just 10 seconds against Firouzja | Video: ChessBase India
Dear YouTube, Alireza Sacks a Piece Against Me!! | Video: GMHikaru Nakamura tweeted being upset about FIDE complaining about the dress code

This is not the first time a World Class player did not like FIDE's dress code. Last year, Maxime Vachier-Lagrave also tweeted on the same regulations before he went on to become World Blitz 2021 champion. 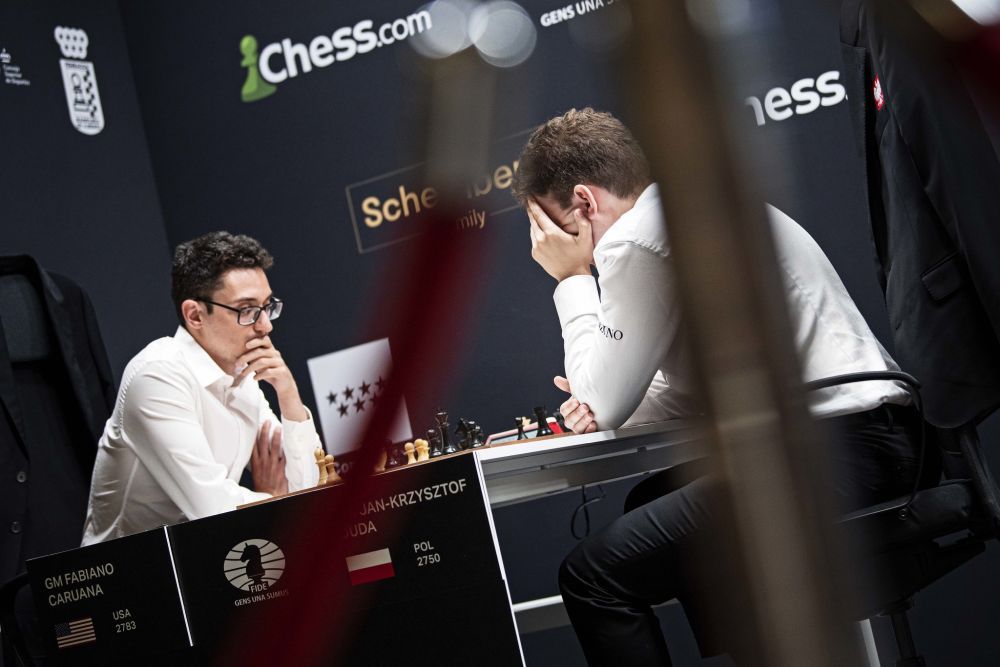