Fabiano Caruana is a thinking man's favorite to win Candidates 2022 for many reasons. If someone is not able to find any, they need to take a look at his seventh round win against Teimour Radjabov. He got an advantage, ensured his opponent does not get any opportunity to make a comeback. Then in time trouble, he showed a fantastic technique to win the game. Ian Nepomniachtchi won the other decisive game of the round without breaking much of a sweat. His opponent Richard Rapport declined repetition twice and gifted his opponent a present he was not expecting. Round 8 starts today at 3 p.m. local time, 6:30 p.m. IST. Photo: Steve Bonhage/FIDE

Richard Rapport had six consecutive draws at the Candidates 2022. That is highly unusual for him, considering he plays creatively and has decisive result most of the time. That definitely played a key role in declining repetition twice under 25 moves. He wanted to win and there would not have been a bigger win at this stage than against Nepomniachtchi. Sometimes the burning desire to win can cost you the game, that is exactly what happened with the Hungary no.1. 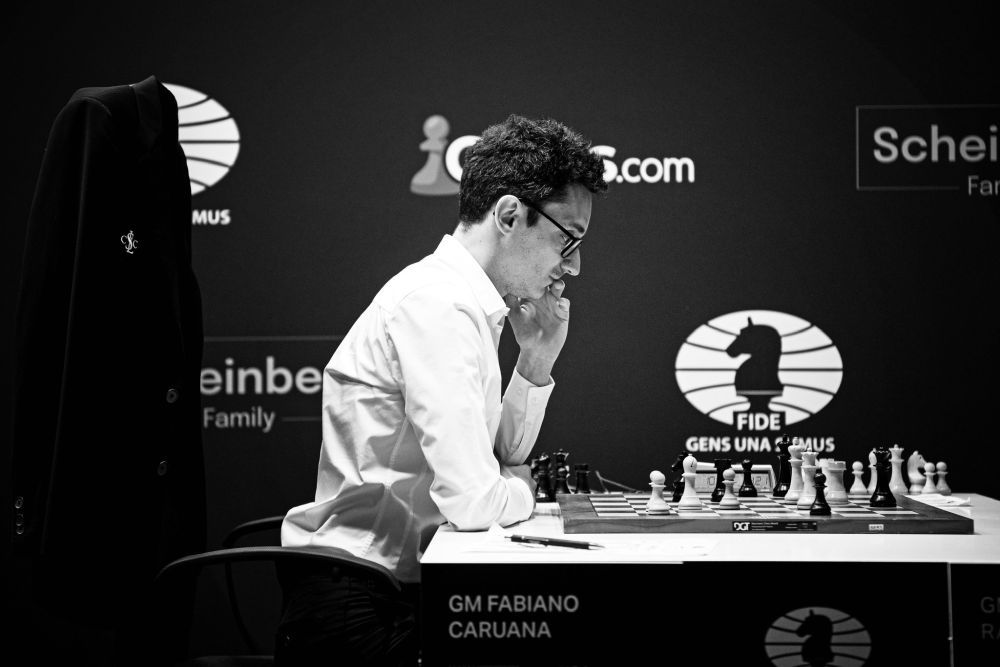 Fabiano Caruana is a World Class player for a reason | Photo: Steve Bonhage/FIDE 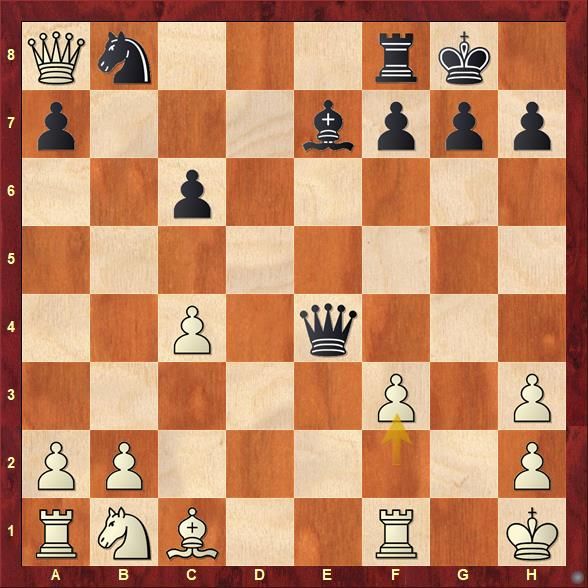 19.Kg1 would have forced a repetition. The Hungarian was not in a mood to draw. So he opted for 19.f3 Qd3. White still could have achieved the same 20.Kg2 Qg6+ 21.Kh1 Qd3 22.Kg2 and the result would be no different. Once again, the Hungarian denied himself a guaranteed half point and played 22.Nd2. The former World Championship Challenger is not going to decline a gift. He played 22...Qd7 and trapped the queen. White had two rooks for a queen. However, it was not enough for him to save the day.

Nepo and Petroff - a love story for the ages | Video: ChessBase India 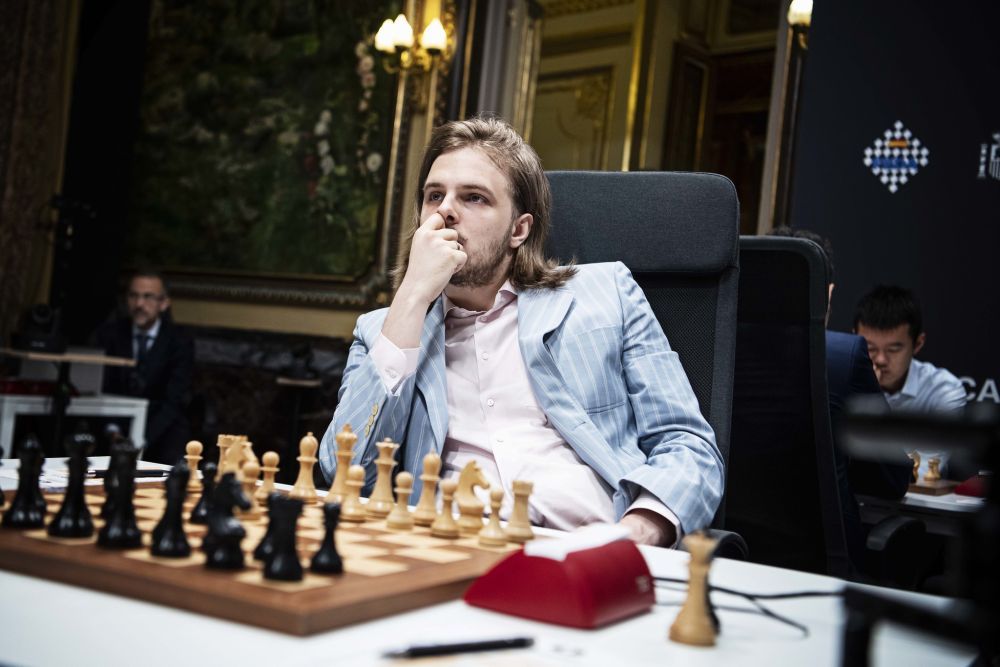 Vidit Gujrathi predicted the outcome of the match correctly

Hikaru Nakamura mentioned in his recap video that Jan-Krzysztof Duda said his first move to be 1.d4. However, Norway Chess organizer, Benedict Westre Skog misheard 1.e4 as she is seen making the ceremonial first move in the above photo. Well, it often happens, both players shared a light moment a minute before the game started. 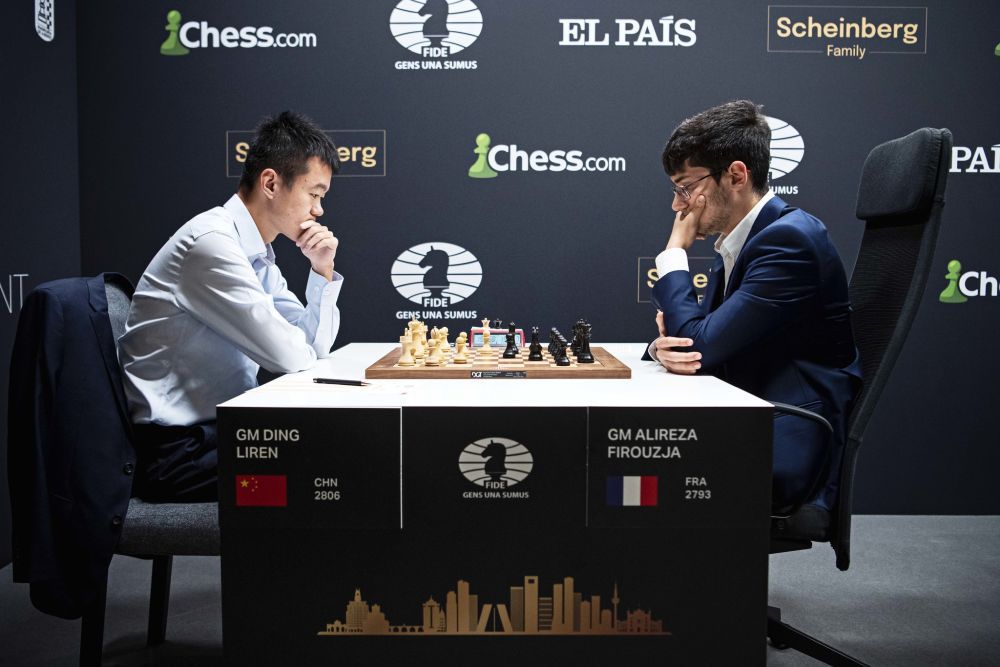 Fabiano Caruana (USA) showed immaculate technique in converting his advantage against Teimour Radjabov (AZE). It is not a surprise that Radjabov has not won a Classical game since winning the World Cup 2019. Then he comes up with 2...a6 against the former World Championship Challenger. Only him and his seconds can justify that choice, which was supposed to surprise his opponent. There is a good reason why 2...a6 is not seen commonly at the top level of chess. 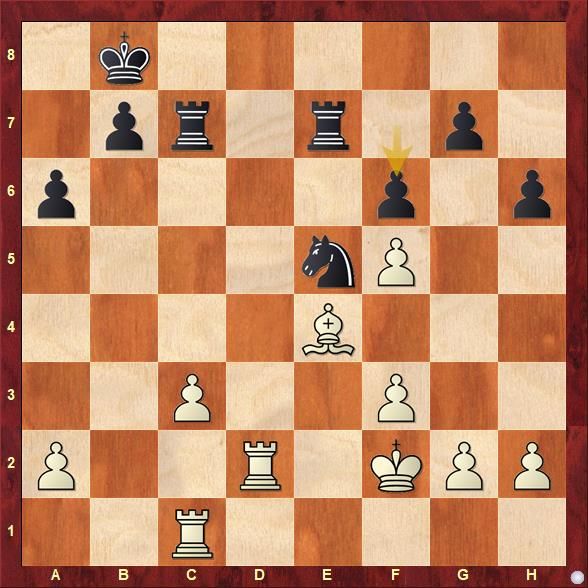 29...f6 created a hole on the kingside. Caruana found a very interesting way to make the most out of his advantage. Try to find it. 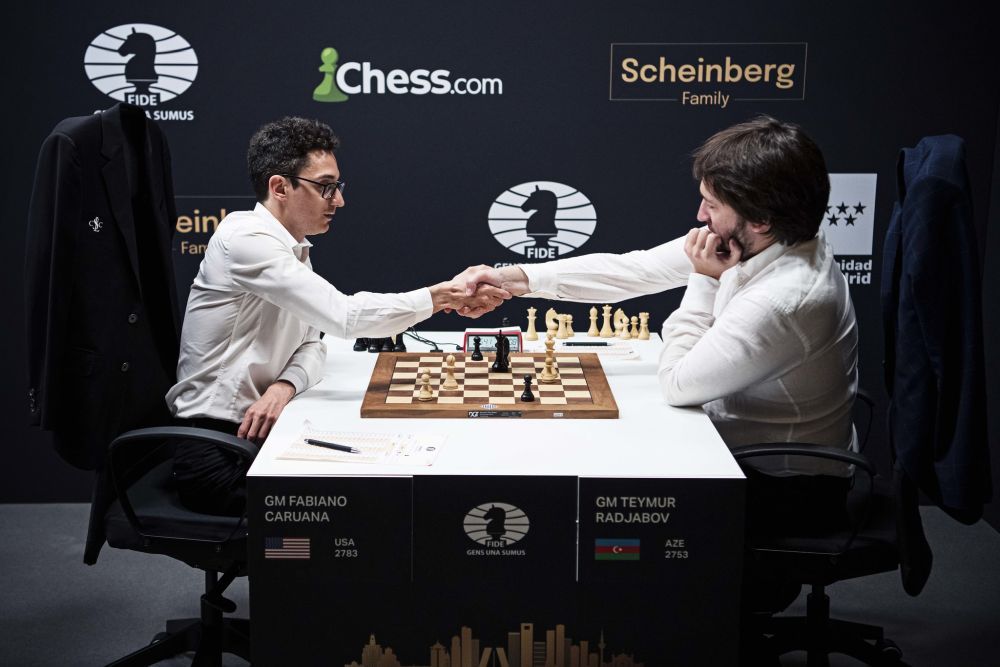