Vishy Anand continues his fantastic form in the Blitz event of Superbet Rapid and Blitz 2022. He started the day with a defiant win over Jan-Krzysztof Duda, scored 5.0/9 to take his score to 19.0/27. Duda is trailing by 1.5 points at second place 17.5/27. He is followed by Fabiano Caruana and Levon Aronian at 17.0/27 each. Caruana scored a massive 8.0/9 to reduce the gap between him and Anand. The only two draws were against Duda and Aronian. The only two-time FIDE World Cup winner in history, also remained undefeated in the Blitz event so far. Round 10 starts today at 2 p.m. local time (5:30 p.m. IST). Photo: Lennart Ootes/Grand Chess Tour

Vishy Anand is playing fantastic at Superbet Rapid and Blitz 2022. There is no doubt about that. However, one cannot overlook Caruana's fantastic 8.0/9 performance on the first day of Blitz. Duda, Caruana and Aronian are poised to make an interesting finish. 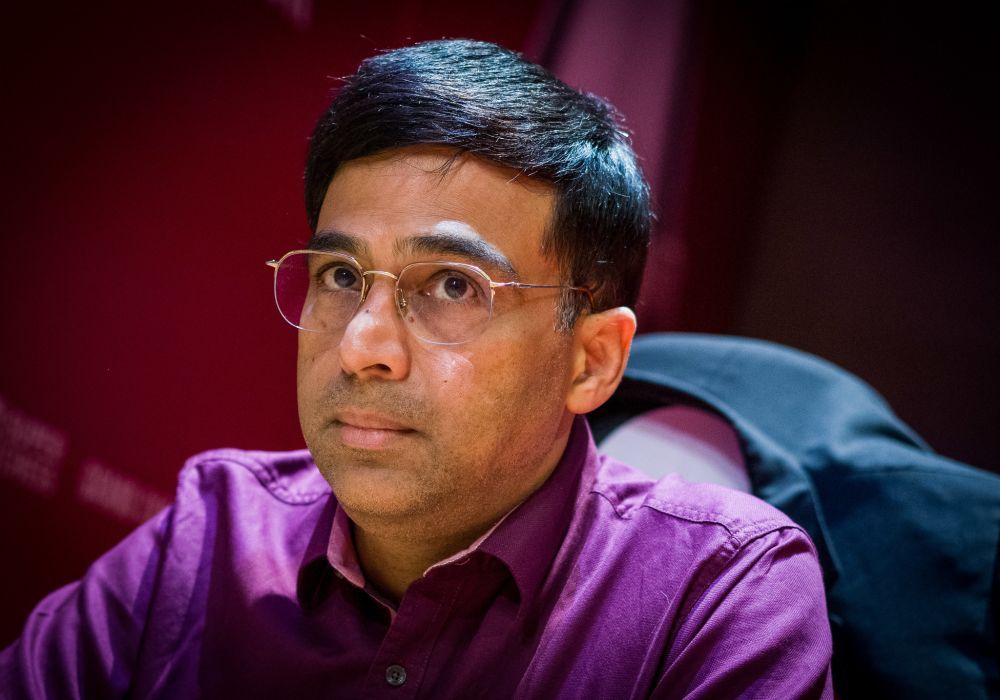 Vishy Anand started the day with a great display of attack against Jan-Krzysztof Duda. 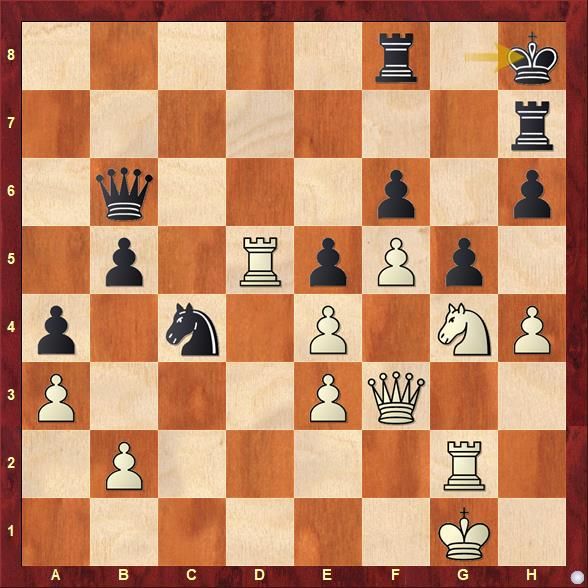 19-year-old Kirill Shevchenko (UKR, 2624) is a very strong player. He arrived at a junction where a critical decision needed to be made. 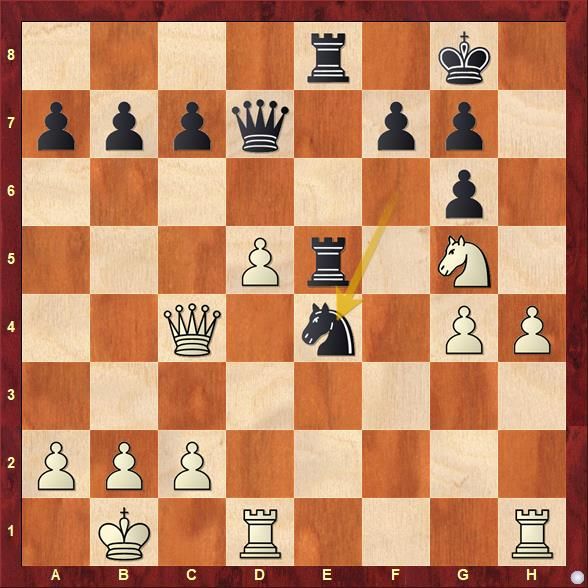 Should White exchange the knights here or not? The game continued 22.Nf3 R5e7 23.Rhg1 Nd6 allowing Black to rearrange his pieces and neutralize any possibility of attack on the kingside. 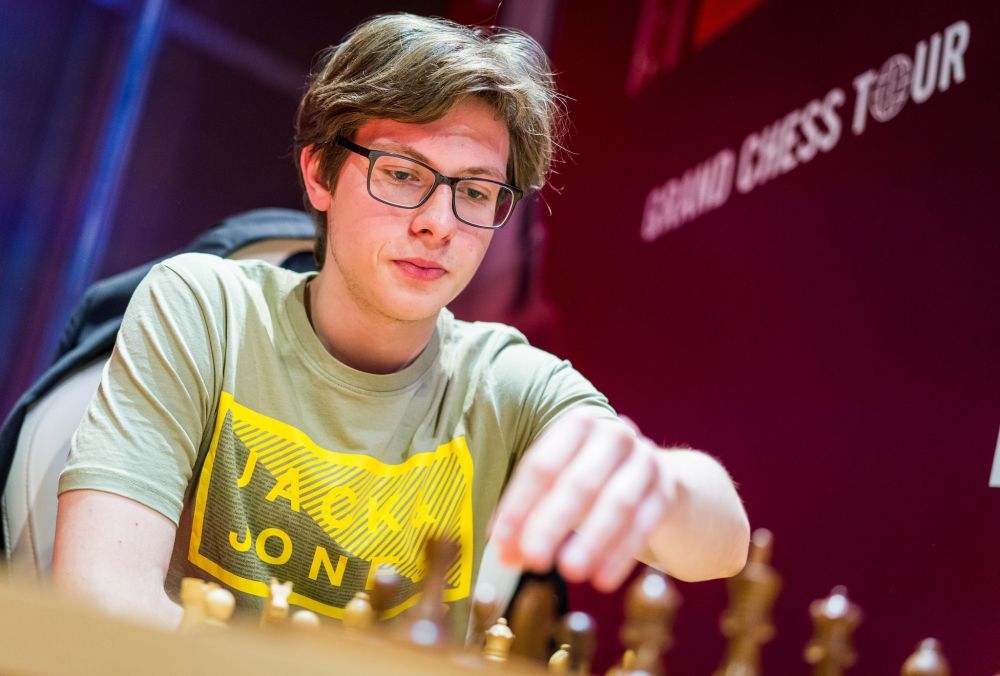 Anand defeated Wesley So (USA) again. This time in a Blitz game. Black could have fought a bit longer if the rook was placed correctly. Try to find out why 35...Ra3 is a mistake. 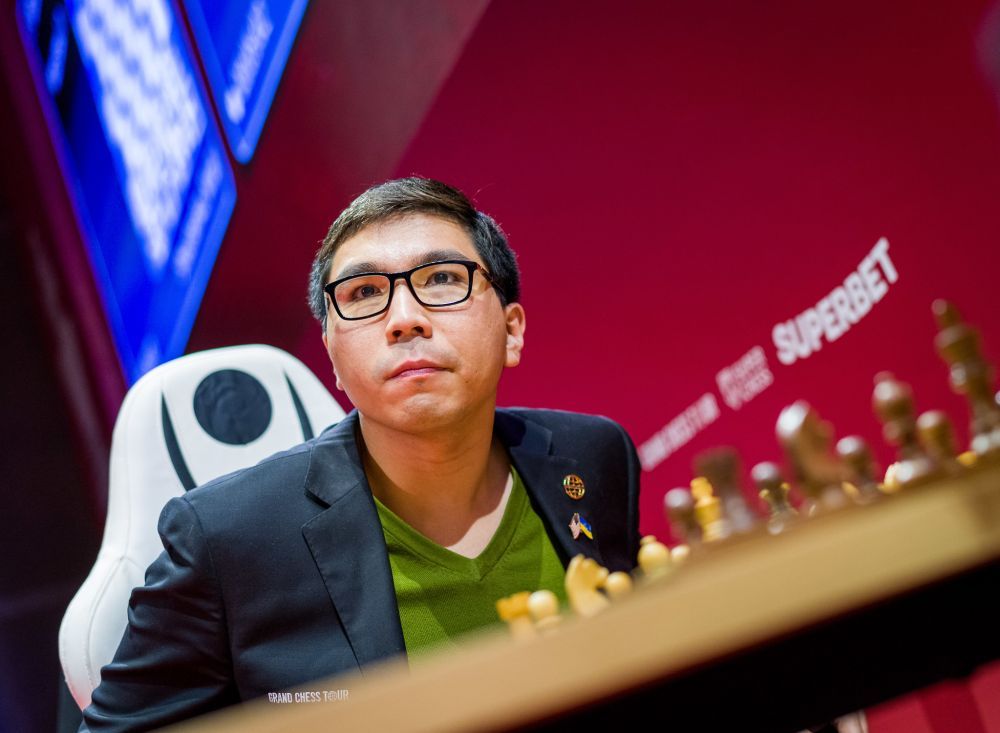 Fabiano Caruana (USA) had a complex and exciting endgame against Anand. 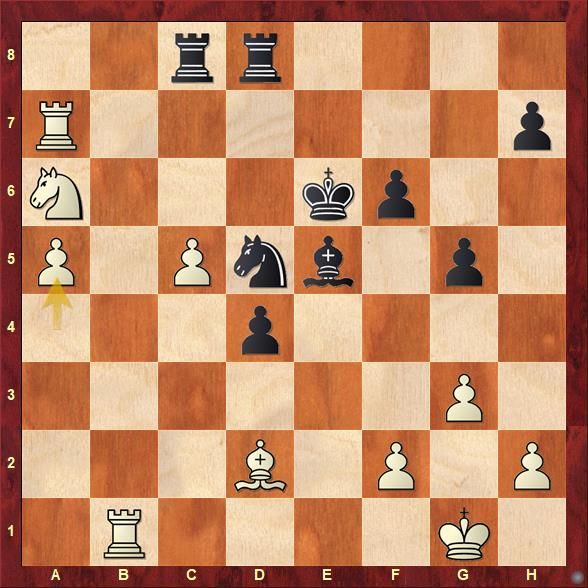 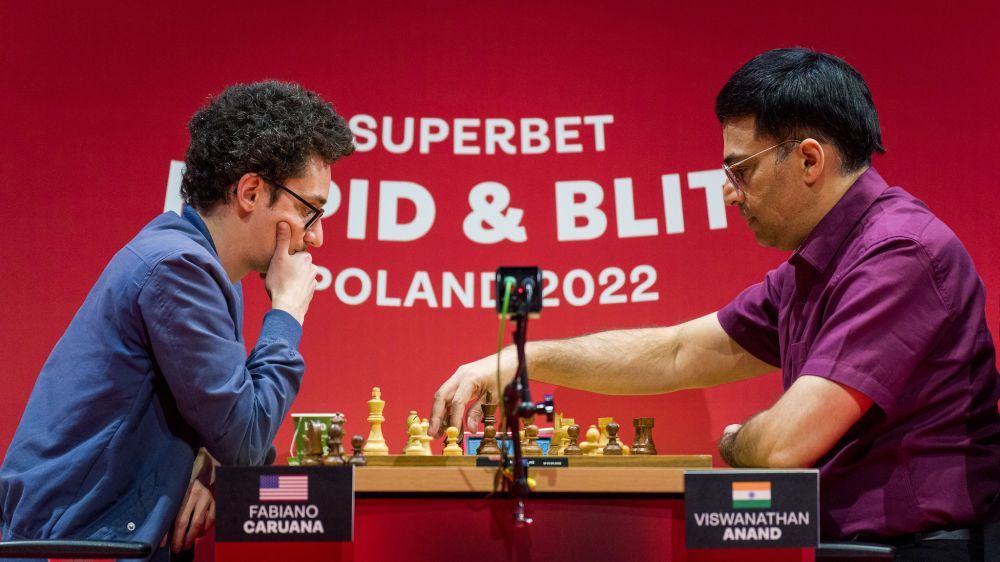 Caruana-Anand was a back and forth battle | Photo: Lennart Ootes/Grand Chess Tour

At one point, Vishy Anand was completely winning in the endgame against Hungary no.1 and current world no.8, Richard Rapport. 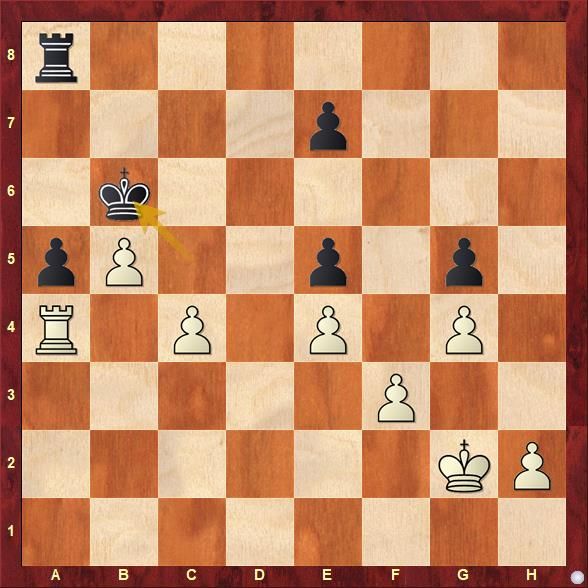 Find out the correct plan for White after 42...Kb6. 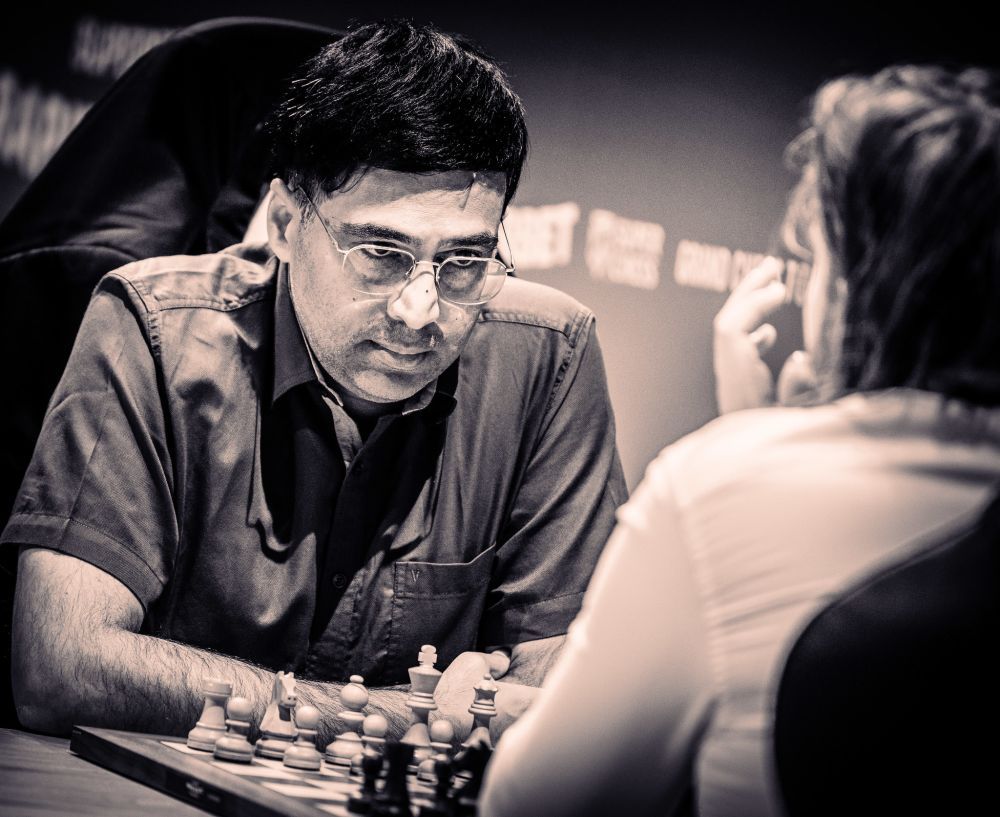 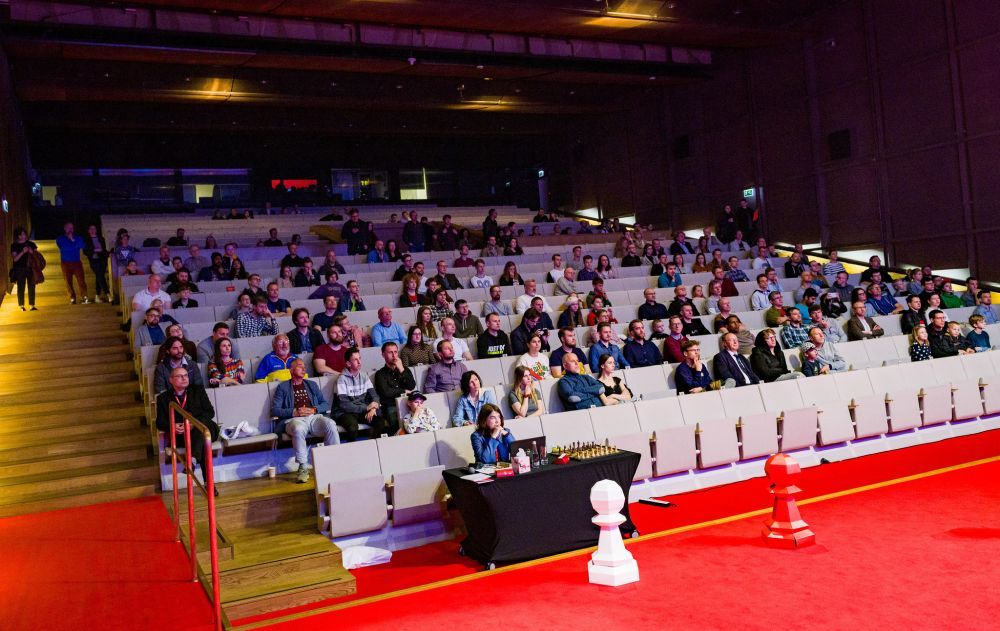 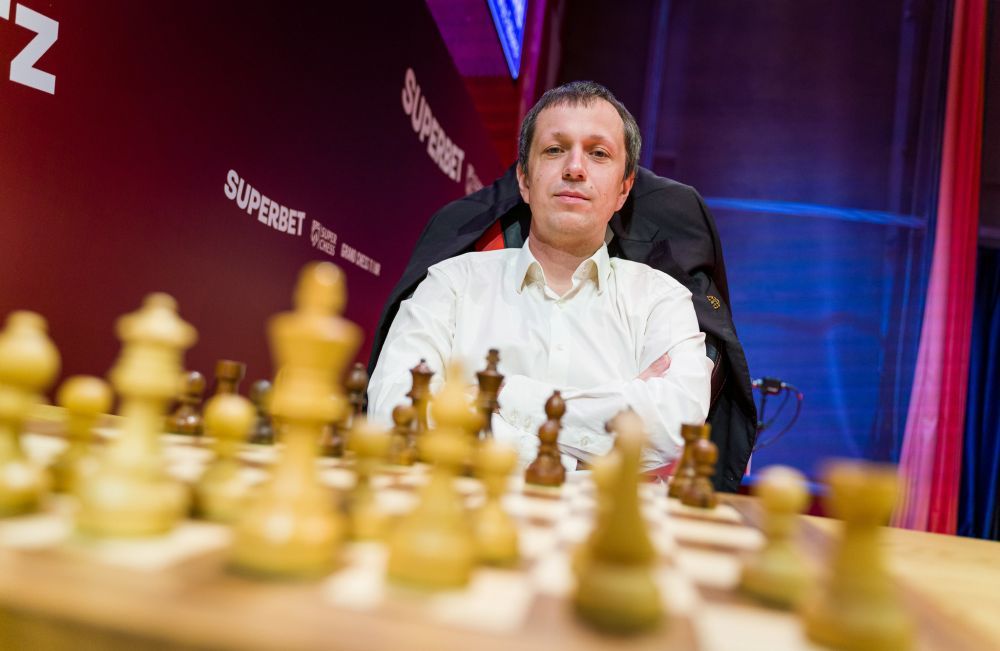 Standings after Blitz Round 9 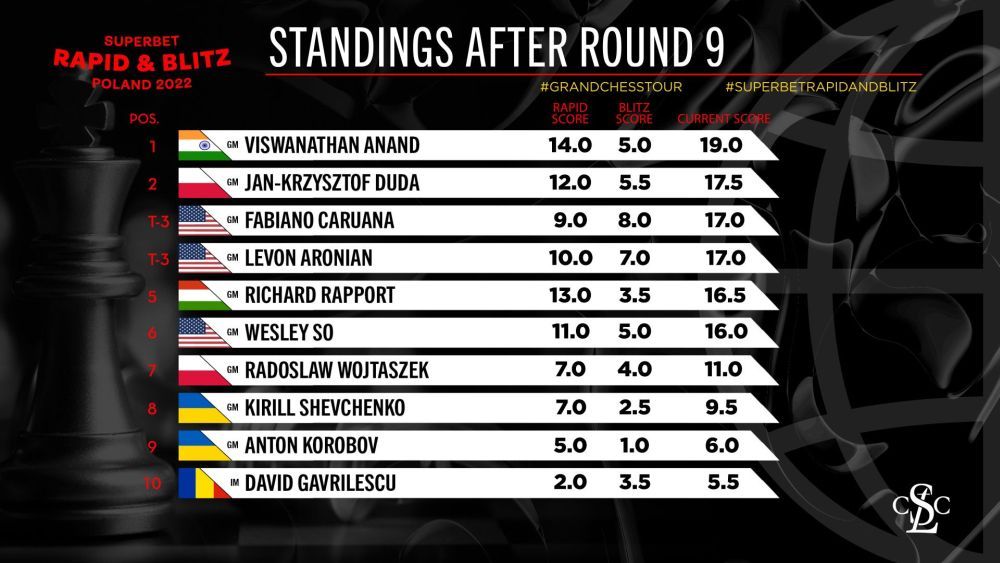