The Indian Chess League is all set to take place in June 2022. As announced at the press conference which was held in Delhi on the 14th of December 2021, it will be a cash-rich over the board league with a total prize fund of Rs.2 crore. Gameplan Sports Private limited, the company that has been instrumental in organizing the Tata Steel Chess India tournament in Kolkata, has bought the rights from AICF for a price of Rs. 2 crore per annum. Contracts were exchanged between AICF and Gameplan and the Indian Chess League will soon become a reality.

The Indian Chess League with world’s and India’s top players will be held in June 2022, the All-India Chess Federation revealed in a press conference that was held on Tuesday, 14th of December 2021 in Delhi. The 6-team franchise model event will take place over two weeks in the double round-robin format in one or two Indian cities. The top two teams will clash in the finals. 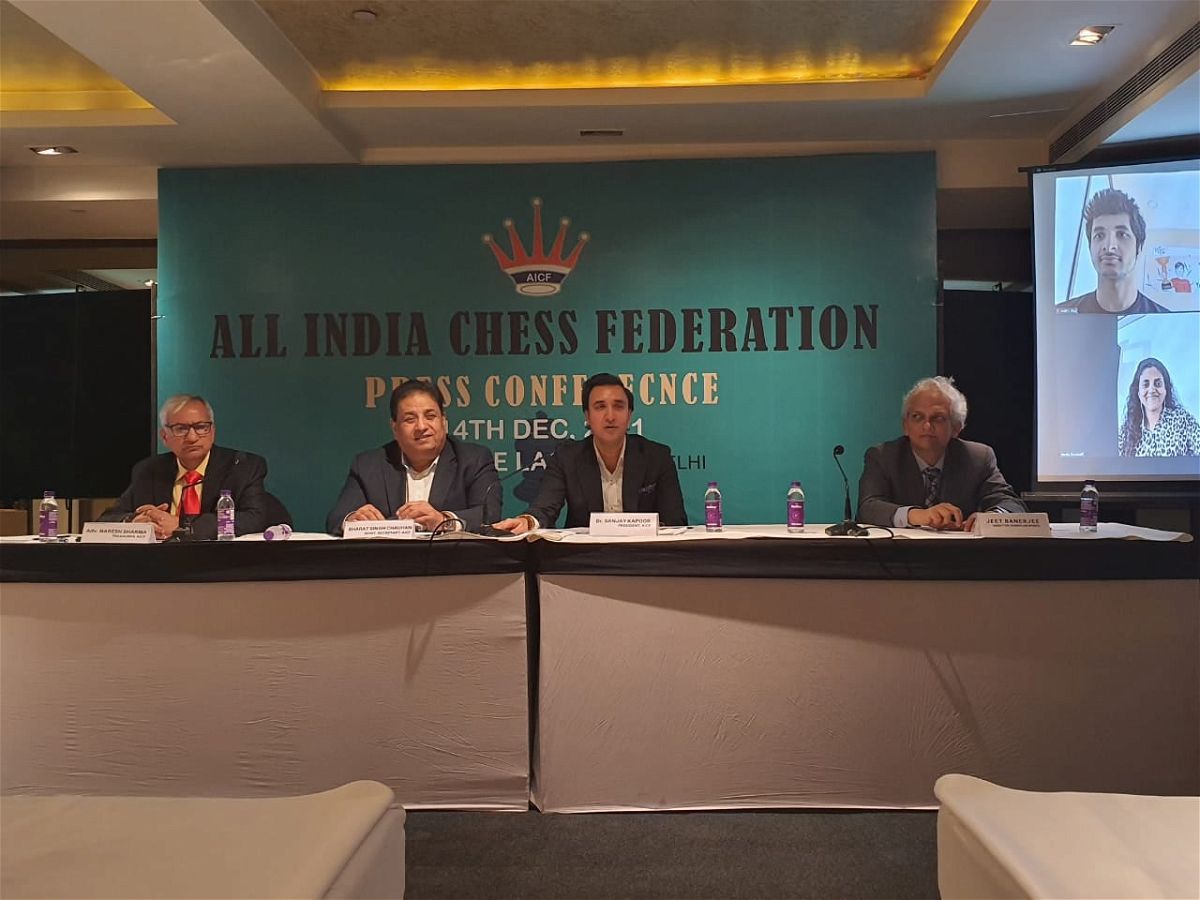 ‘Our dream is coming true,’ Dr Sanjay Kapoor, president of AICF told at a press conference. ‘The Indian Chess League is going to change the face of chess in the country. It will help us attain our goal of becoming World No. 1 in the near future,’ he added. AICF secretary Bharat Singh Chauhan explained that each team will consist of eight players, including 2 Super GMs, 2 Indian GMs, 2 Women GM and 1 Junior Indian Boy and Girl each. ‘The idea is to not only draw the best players from around the world but also to provide India’s players a formidable platform to sharpen their skills,’ he said. The AICF has roped in GamePlan to promote and market the Indian Chess League. They are expected to bring in sponsors and commit a minimum amount every year to make it sustainable and profitable. 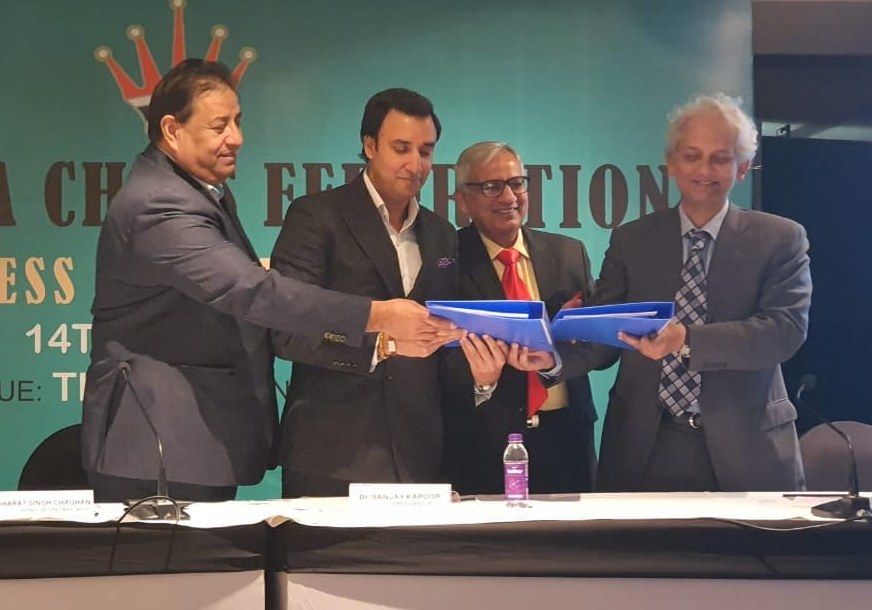 Contracts signed and exchanged between AICF and Gameplan

‘The matches will be telecast live to draw more and more players to chess,’ Bharat Singh said. ‘We will announce the criteria for becoming a franchise owner shortly. We have already received a good response from corporates,’ he revealed. ‘We are delighted to partner with the AICF to make the Indian Chess League a reality,’ GamePlan Director Jeet Banerjee said. ‘Our aim is to build a buzz around it, make it as exciting as the IPL,’ he added.

In an interview with ChessBase India (published below), Bharat Singh Chauhan mentioned that the prize money would be 2 crores for the event and the base price for a super GM would be Rs.30 lakh. He also added that AICF would receive a license fee of Rs. 2 crore per annum from Gameplan.

The AICF has been aggressively promoting the sport since a new set of office-bearers took charge last year. It recently announced its calendar for 2022, with as many as 13 international tournaments lined up. The prize money in the national championships, too, has been hiked up, with MPL coming on board as the main sponsor. The AICF is also working on its Chess in Schools project, with the sport set to be introduced as part of the curriculum in schools across the country.

The press conference of the launch of the Indian Chess League
Related news: