The AICF International Women Grand Master Round Robin Chess Tournament 2019 is taking place from the 11th to 18th of November in the Navrangpura sports club near Sardar Patel Stadium, Ahmedabad. Organized by the Gujarat Chess Association under the auspices of All India Chess Federation, the event features six Indian and six International players in all. A total of Rs.10 Lakh has been instated as the prize fund and moreover this is a lucrative norm making opportunity for all the participants. Four rounds of the tournament are already over. In this report we bring you the current standings, photos, games, and much more. 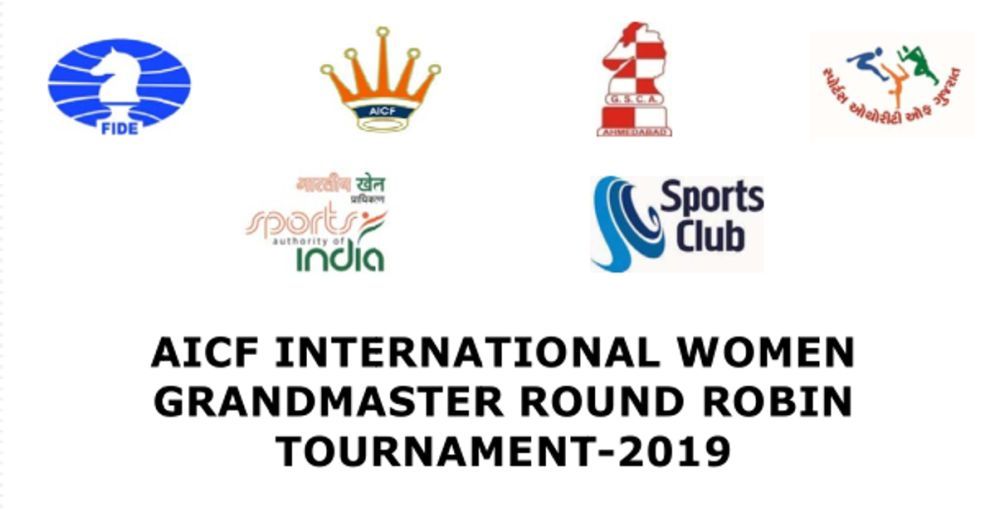 The All India Chess Federation continues to invest in women's chess and provide opportunities to the young female talents of our country so that they can make their WIM/WGM norms easily. To this end, the AICF Gujarat WGM tournament is being held in the Navrangpura sports club, Ahmedabad from 11th to 18th of November. It is a strong 12-player round-robin tournament following a time control of 90 minutes for the entire game plus 30-second increment per move from move one, and the interesting part is that six Indian players are competing alongside six foreigners. The rating average of the 12 players is 2179. In order to make a WGM norm, the players would need roughly around 8.5 to 9 points out of 11. For a WIM norm 6.5 to 7 points would be sufficient. The Elo ratings of few of the Indian players have dropped substantially post their selection in this event and this is one of the main reasons why they would have to score so many points to get their norms.

The six Indian talents fighting it out are Mrudul Dehankar (2114), Priyanka K (2067), A. Harshini (2020), Tanishka Kotia (1909), Pratyusha Bodda (2285), and Aakanksha Hagawane (2227). While the six international strong women's players are Ana Gavasheli (2240), Luong Phuong Han (2259), Altan-Ulzii Enkhtul (2237), Nguyen Thi Mai Hu (2270), Sarvinoz Kurbonboeva (2266), and Olga Babiy (2249). Indian players are widely considered to be underrated, so it is generally always interesting to see how they fair when pitted against their foreign counterparts. As expected, in rounds one and two the Indians already pulled off two major upsets. Priyanka K started off by beating Altan-Ulzii Enkhtul of Mongolia with black pieces who is more than 150 points higher rated than her, and in the very next round Harshini A bridged a rating gap of no less than 220 Elo points to come out on the top of the Georgian WIM Ana Gavasheli. Akanksha Hagwane and Mrudul Dehankar have so far been the best performing Indian players, both of them have scored 3.0/4 each and are just half a point behind Olga Babiy of Ukraine who has emerged as the sole leader with 3.5/4 after four rounds.

Standings of the players after four rounds

Organized by the Gujarat Chess Association under the aegis of All India Chess Federation, the tournament will be disbursing a total prize fund of Rs.10,00,000 (Rupees 10 Lakh only) with an impressive first prize of Rs. 1,60,000.

And the playing schedule is as follows: 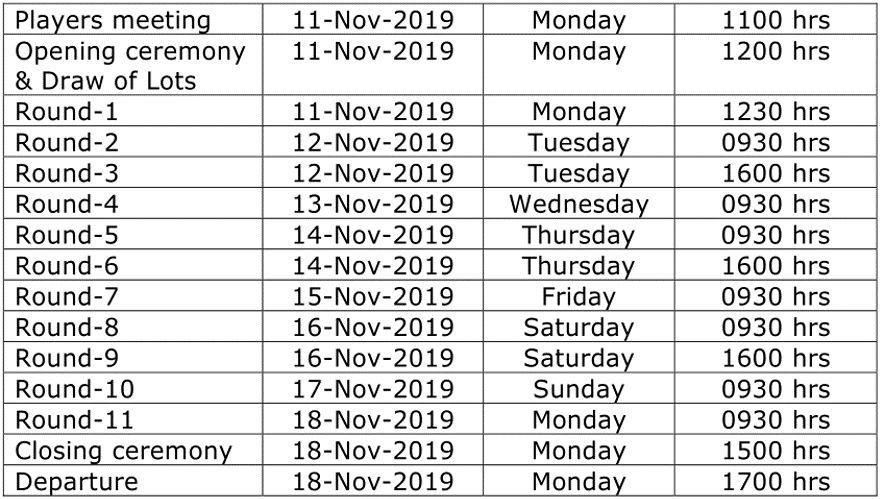 With a rating of 2285 Pratyusha Bodda is the top-seed. She suffered a loss in the fourth round and has now 2.5/4 points | Photo: Ankit Dalal

Akanksha Hagwane has remained unbeaten after four rounds and is just half a point behind Olga Babiy, the present leader of the event | Photo: Ankit Dalal

Mrudul Dehankar lost her first game against Luong Phuong Han but has made a strong comeback by clinching three victories in a row | Photo: Ankit Dalal

Priyanka K started strongly with a win against much higher rated Altan-Ulzii Enkhtul. She lost only in the third round against Nguyel Thi Mai of Vietnam | Photo: Ankit Dalal

Harshini A lost her first and third round encounters but pulled off a notable upset by beating Ana Gavasheli in round two | Photo: Ankit Dalal

Tanishka Kotia is the lowest rated player in the event and has scored only half a point so far | Photo: Ankit Dalal

Important games from the latest round

Mrudul Dehankar defeated Tanishka Kotia in the fourth round of the event but it turned out to be a wild topsy-turvy game where both sides had winning chances at different times. The game opened with an unusual Sicilian variation and Mrudul got an advantage with White early on when Tanishka blunderd with 11...Nd5. Things went in White's favour for quite some time until 20.Bd4 was played and suddenly the tables were turned. However, Tanishka simply failed to capitalize the opportunity she got and slowly misplayed the ending that arose, blundering on move 29. Thus, Mrudul was finally able to activate his king and seize the victory after 40 moves.

Altan-Ulzii Enkhtul has been having a tough time in this event as she lost her fourth consecutive game against Akanksha Hagawane. This was a Scandinavian defense where the Indian outplayed her opponent right out of the opening.

Pratyusha Bodda enjoyed a comfortable edge throughout her encounter against Ana Gavasheli. She had two minor pieces for Ana's rook but the Georgian showed tremendous grit pushing on and bettering her position for more than eighty moves. The Indian finally blundered on move 89 and resigned soon after.

Ana Gavisheli's indefatigable fighting spirit paid off in the fourth round against the top-seed of the event | Photo: Ankit Dalal

Results of all rounds so far