The AICF Central Council Meeting was held on 22nd of December 2018 at the Hyatt Regency in Chennai. This is the meeting where all the important decisions and changes with regards to the administration in Indian chess are taken. The AICF Central Council came up with some crucial decisions like a grant of Rs.50,000 each to 12 states to organize FIDE rating tournaments, A grant of Rs.50,000 each to 12 states under the project Smart Girl to boost women's chess in our country. There were further decisions made with regards to rating category tournaments in India, the boarding money of official players for national championships, Chess in Schools Project and much more. The below article are the points sent to us by AICF after the meeting ended. 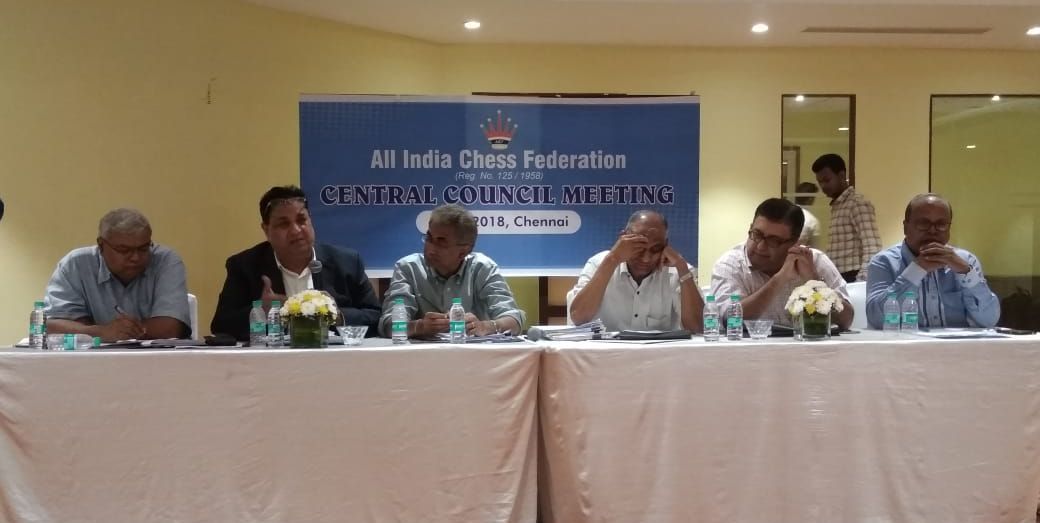 The central council meeting of AICF was held on 22 December 2018 at Hyatt Regency, Chennai. The council made the following important decisions:

3. The boarding money of official players for national championship will be increased to Rs. 1500/- from Rs. 1000.

5. Remuneration of Coaches and Trainers has been increased.

7. For all national championships, the hall temperature not to exceed 30 degree Celsius.

8. To reduce the expenditure of parents as well as organisers, the number of days for National Under-7 championships has been reduced to 6 days.

9. For better preparation of players and organisers, the entries for national championships will be closed 15 days before the event. 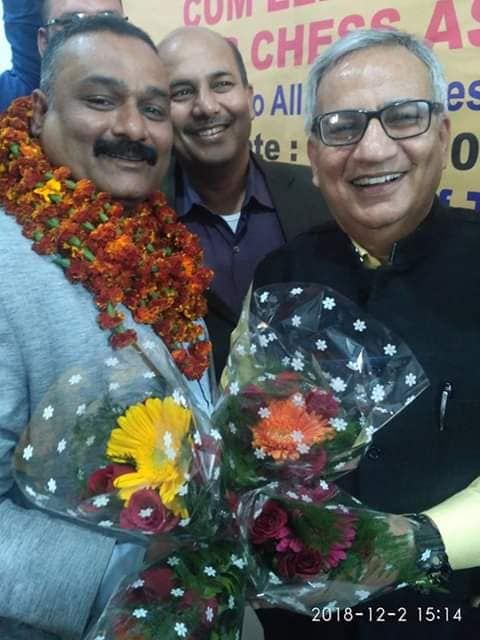 It has to be mentioned that the elections of Bihar State Chess Association were approved and the Central Council welcomed the new member Dharmendra Kumar, who is the Secretary of All Bihar Chess Association
Related news: