A total of 55 players have been selected to take part in this prestigious championship on the basis of their performance in State and Zonal championships. Players who have represented India in the world are also taking part in this event. This tournament is the final level of selection process for which players will be selected for Indian team in the upcoming IBCA World Team Championship and Olympiad. 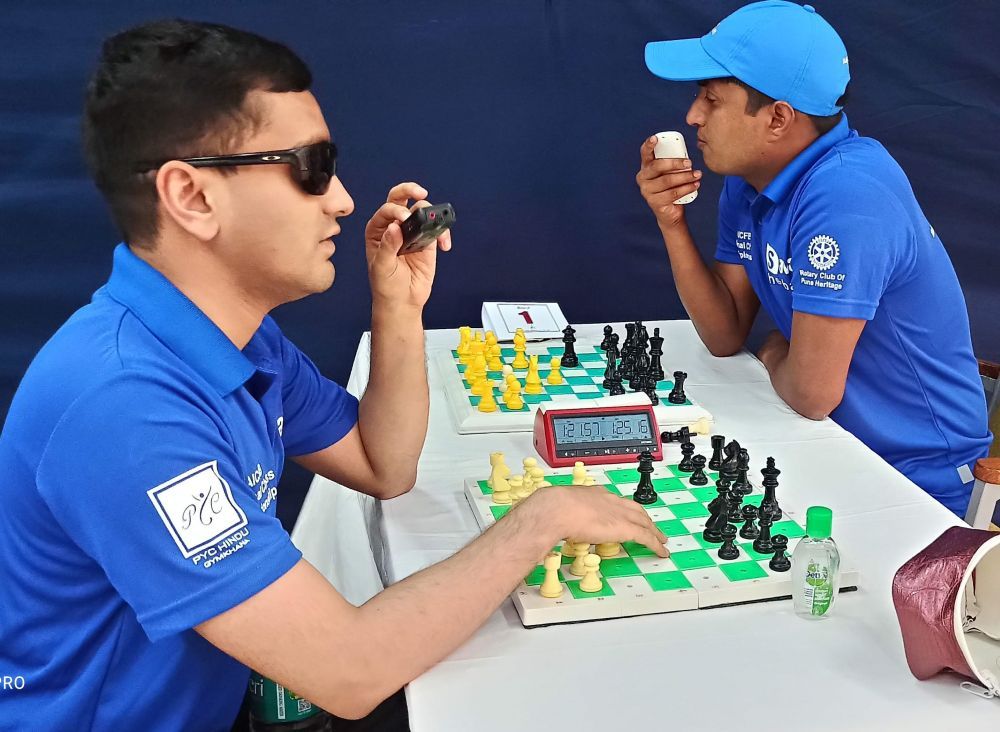 Somender B L scored a big upset against the top seed and one of the tournament favorites, Darpan Inani | Photo: IA Manjunatha M

Darpan Inani (2124) moved his queenside rook incorrectly which cost him valuable time against Somender B L (1446). 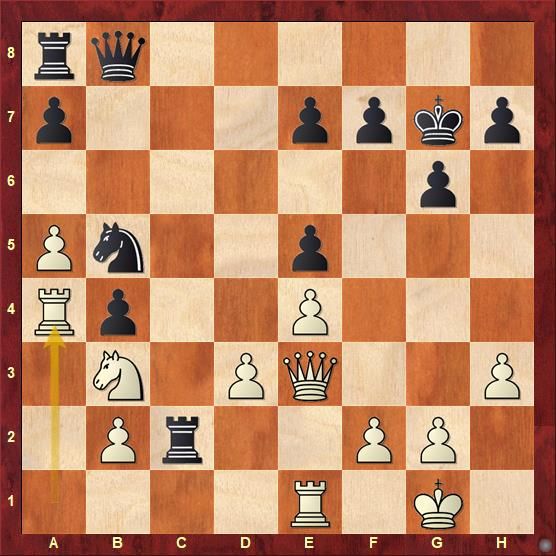 24.Ra4 allowed Black to improve his position 24...Qd6 25.Nd2 Nd4 26.Nc4 Qc5 27.a6 Rb8 28.Ra5 Rb5. White did manage to get rid of his displaced rook 29.Rxb5 Qxb5. After a lot of back and forth play, Black eventually won the game when White allowed a queen exchange, resulting in a winning a pawn endgame. Darpan resigned immediately when he realized his opponent could force the queen exchange.

For more Round 1 and Round 2 photos, please click at the respective links.

A total of 55 players are taking part from various states across India. The tournament is organized by All India Chess Federation for the Blind (AICFB) from 5th to 9th April 2022 at PYC Hindu Gymkhana, Pune. The nine-round Swiss league tournament has a time control of 90 minutes + 30 seconds increment from move no.1. There are double rounds every day from 5th to 8th April. Last day 9th April 2022, there will be one round.