India 2 defeated Germany in the final round to finish with 18/22. Armenia and Uzbekistan defeated Spain and Netherlands 2.5-1.5 to finish with 19/22 each. Uzbekistan won the Gold medal at 44th Chess Olympiad 2022 in the Open section, Armenia earned the Silver according to tie-breaks. India 2 secured the Bronze medal. India 1 drew with USA 2-2 to finish fourth. In the Women's section, India 1 lost to USA 1-3. Even a draw would have been enough to win Silver. Ukraine and Georgia defeated Poland and Azerbaijan 3-1 respectively. Both Ukraine and Georgia scored 18/22 each. They secured Gold and Silver medal as per the tie-breaks. India won the Bronze scoring 17/22. For the first time, India won Bronze medal in each Open and Women sections. India also won the Gaprindashvili Cup for becoming the best overall federation as per performance. Photo: FIDE/Lennart Ootes

For the first time ever, India won its highest number of individual medals/board prizes in a single edition of Chess Olympiad. A total of seven individual medals were won - 2 Gold, 1 Silver and 4 Bronze. GM B Adhiban, Coach and Captain of India 1, GM FST R B Ramesh became the only two members of the Bronze medal winning Indian team in 41st Tromso 2014 Olympiad and this one, 44th Chess Olympiad. Both Uzbekistan and Ukraine became undefeated champions. Since Chess Olympiad is such a gargantuan event, there will be separate reports for board prizes, norm makers details, player interviews and reactions around the globe.

Nihal Sarin and Raunak Sadhwani scored crucial victories over Matthias Bluebaum and Liviu-Dieter Nisipeanu respectively in the final round. Thus ensuring Germany's defeat against India 2 by 1-3. 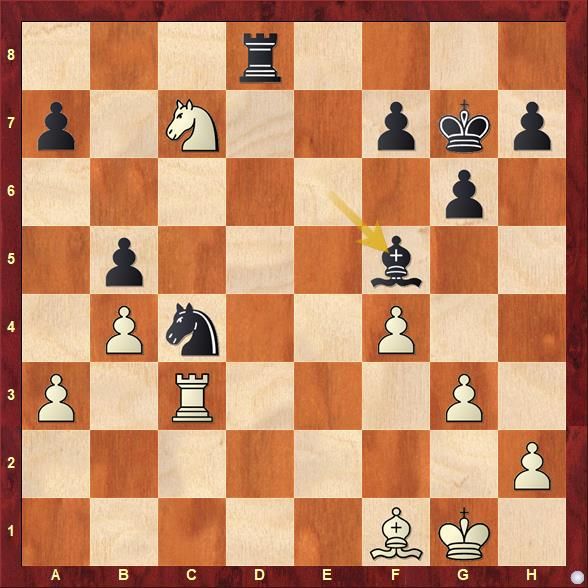 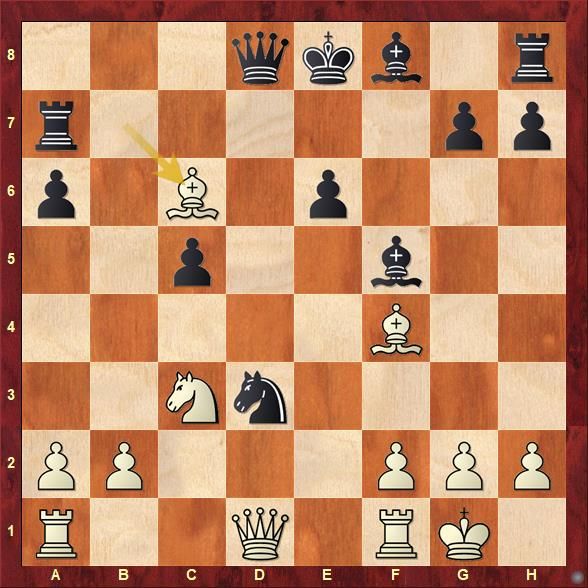 The strong Germany no.3 GM Liviu-Dieter Nisipeanu (2642) went wrong early in the middlegame. He got dominated throughout by Raunak and could not manage to make a comeback. 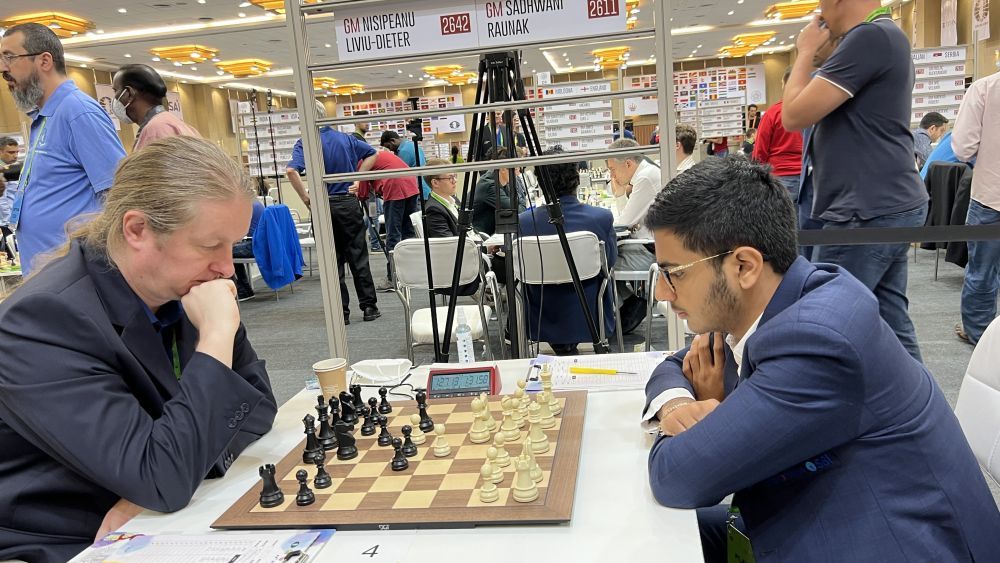 Arjun Erigaisi scored the sole victory for the team against Leinier Dominguez-Perez (2754). This win earned him a Silver medal on Board no.3. 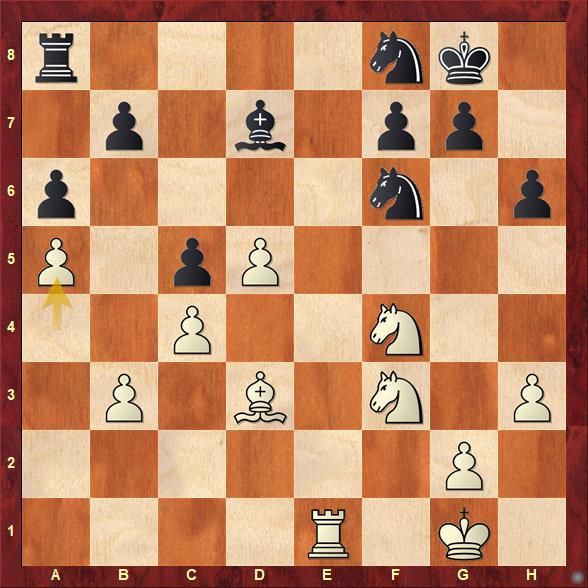 Arjun made a nice positional squeeze after 23.a5. He manuevered his knights beautifully to gain a decisive advantage.

Indian women suffered a painful loss against USA in the final round. Even a draw would have been enough to earn the Silver medal. However, draw reduced it to Bronze.