All of us have seen the background of GM Vidit Gujrathi while he streams. He has a banner which says - "Blacklotus.app - Your Mind is our business." What is Blacklotus App? In this article we tell you all about this unique app and what Vidit has to do with it.  After winning the gold at the Online Olympiad 2020 Vidit mentions that he uses this app to keep his mind calm. If the India no.3 benefits from it, and uses it regularly, it could well be useful for every budding chess player who wishes to keep his mind calm. We also try to have a peek into this app and tell you more about it.

Vidit in his typical streaming avatar - headphones, mic, and blacklotus banner in the background!

What happens when the two best of the very best in their respective fields meet? Well, they find common ground for the greater good. And that is exactly what transpired between Grandmaster Vidit Gujrathi, India's Chess No. 2, and Om Swami, Founder of Black Lotus, the fastest-growing meditation app in the world.  On numerous occasions, Chess Grandmaster Vidit has brought our country laurels by winning many international tournaments. Currently ranked 23rd in the world, he is only the fourth ever Indian to cross an ELO rating of 2700. He also is the youngest Indian ever to cross 2700 Elo. At the recently concluded Online Olympiad 2020, where team India won the Gold medal, Vidit was the captain of the team.

"It was a no-brainer for me,” Vidit said. "When the Black Lotus team presented me with the opportunity to be one of their brand ambassadors, I knew my decision right away. And that's because I have been using this app for the last two years and it has helped me immensely. I share a bond with the Founder of Black Lotus, Om Swami, and have read all his books. Like Om Swami, Black Lotus stands for truth and the world's best meditation."

The terms of the deal are undisclosed but it is a substantial 5-year endorsement agreement done in a combination of stock and cash. Black Lotus app has more than 50,000 installs in a short span and has 15,000 serious meditators who actively use this app. With a rating of 4.7, the app has over 2000 5-star reviews in the app stores.

"Chess has always been close to my heart," says Om Swami. "So much so, I even wrote a work of fiction, The Last Gambit, centered around chess. When I met Vidit last year and found out that he was an active user of Black Lotus, I knew that one day whenever we could afford, the sharp and brilliant Vidit was just the person I'd like to sign up for Black Lotus. He represents what Black Lotus stands for, that is, serious meditation, humility, and unparalleled competence."

The Last Gambit - Om Swami's book on a story of a young boy who dives into the world of chess!

Black Lotus app was officially launched three years ago, however its much-loved self-transformation framework called RARE has just been introduced. By devoting just 16 minutes a day, backed by neuroscience, subtle but noticeable changes begin to take place in a meditator's brain making them sharper, more focussed, and less stressed. A number of studies conducted on Om Swami's brain show phenomenal insights into the power of intense and correct meditation. In fact, below is a remarkable video that shows Om Swami's brain imaging in comparison to an average meditator.

Om Swami on the Blacklotus app

"I created Black Lotus so people may benefit from correct meditation. I have devoted more than 15,000 hours to meditation and we understand it better than the best out there. And don't take my word for it. See the overwhelming scientific evidence we have," says Om Swami, who is not just the Founder of Black Lotus but also a bestselling author of fifteen books on meditation, spirituality and wellness. "In chess, I'm glad that Vidit has beaten some of the finest players. In meditation, however, we are unbeatable. In fact, when it comes to meditation, none of the well-known apps even come close to the truth. If you want fun meditation, there are many apps but if you are serious about meditation, there's nothing better than Black Lotus. Simply put, your mind is our business and we do it well."

Steps to use the Blacklotus App

Download the Blacklotus App from the Google Playstore or Apple Itunes. 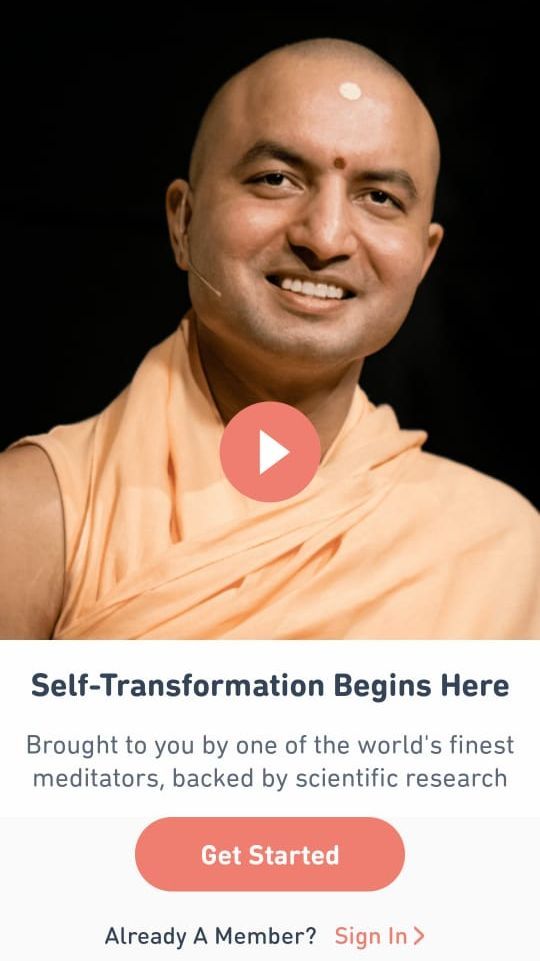 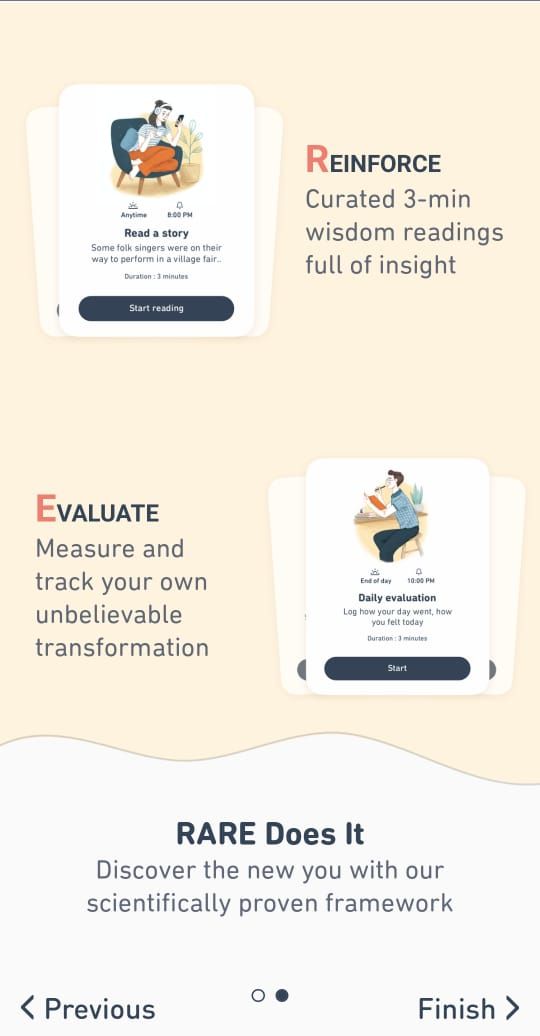 It's your ability to Reflect, Act, Reinforce and Evaluate 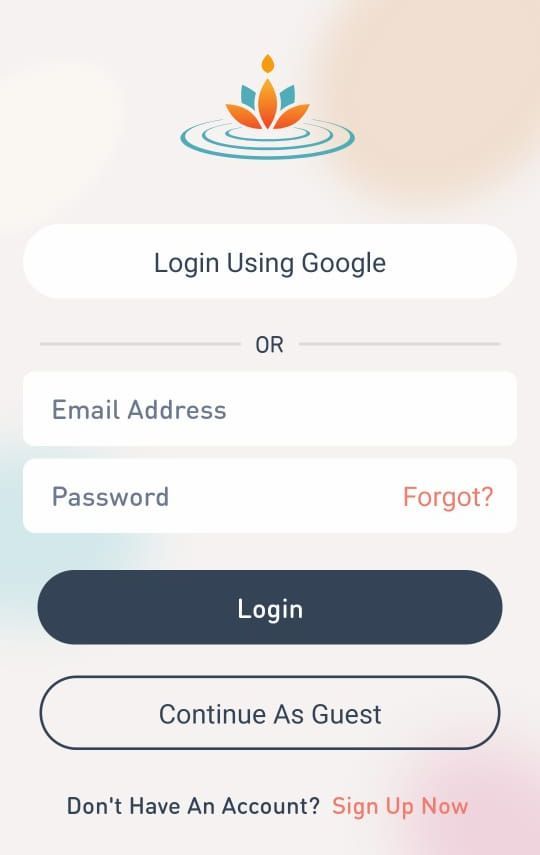 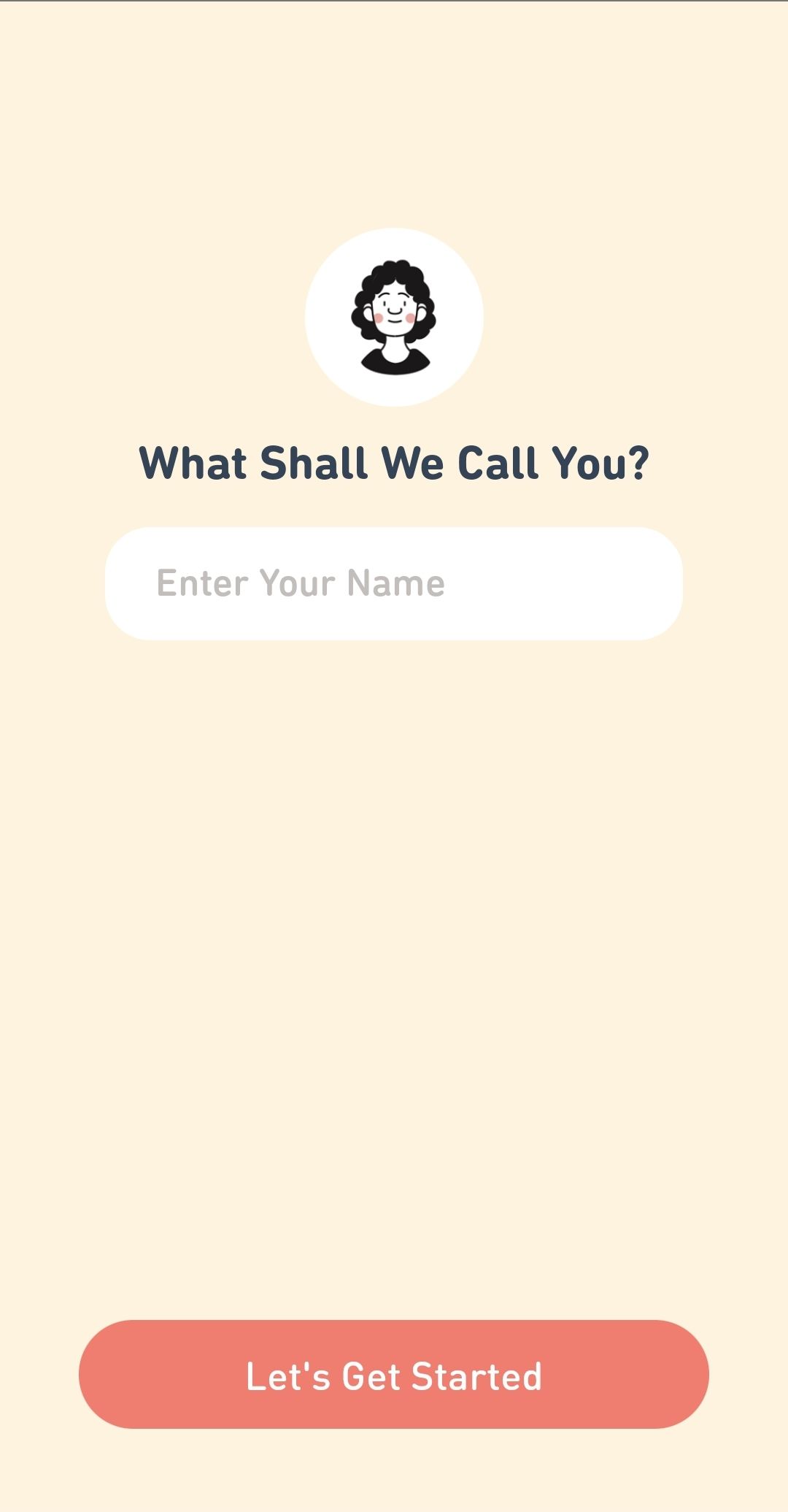 Give yourself a nickname! 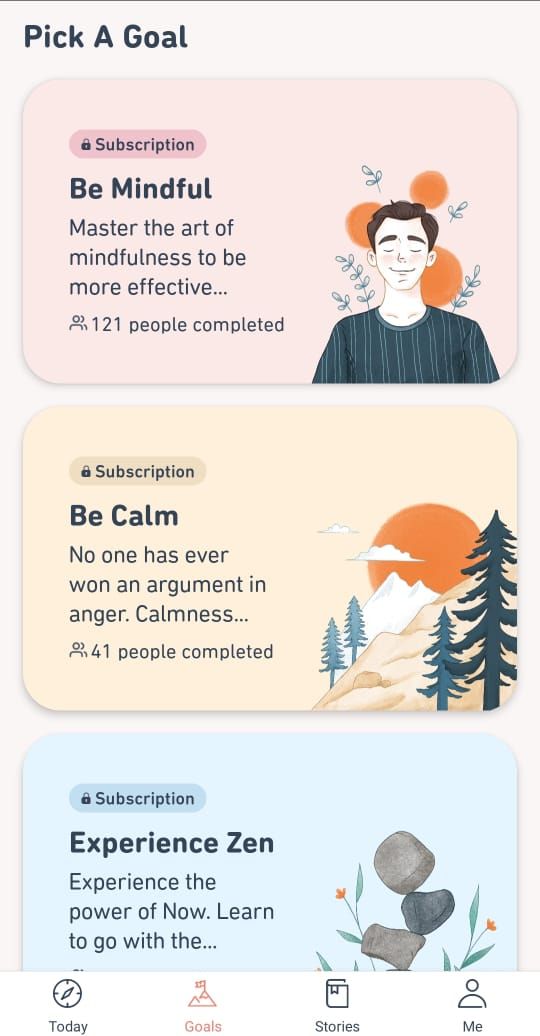 There are many tailor made courses, but all of them are subscription based. There is however one course which is free. 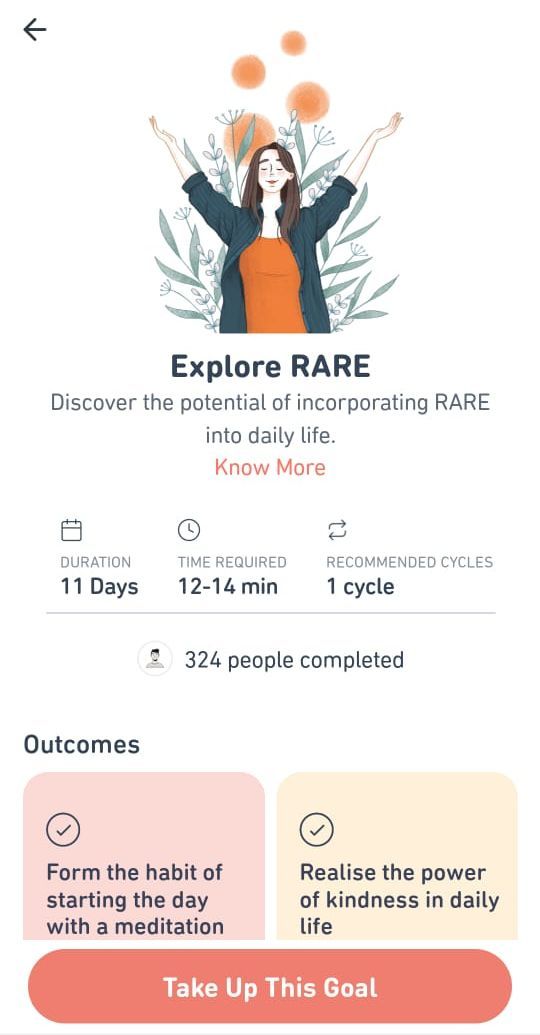 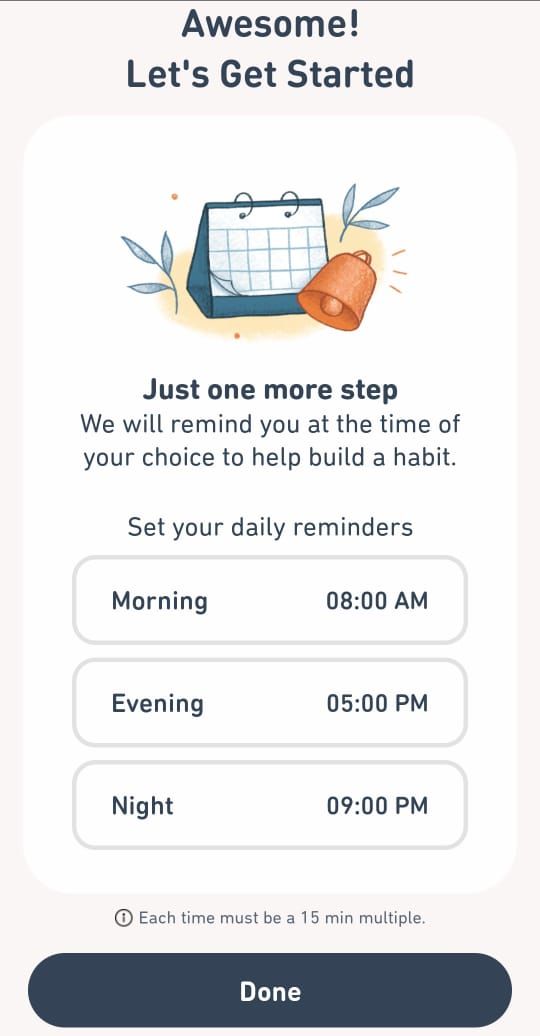 It would help you if you kept reminders as to when you would like to meditate! 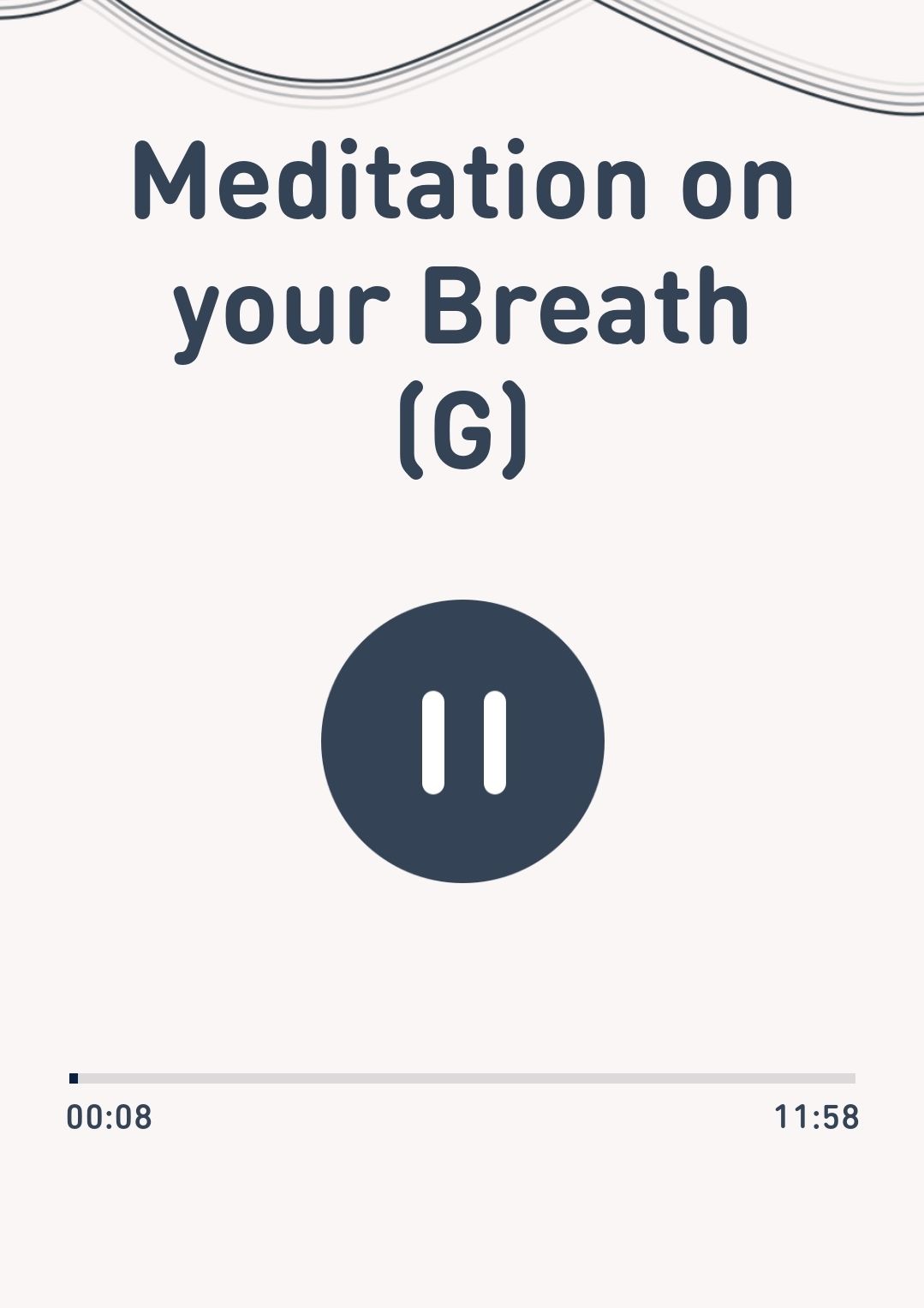 Once you begin the course, it has guided meditation by Om Swami 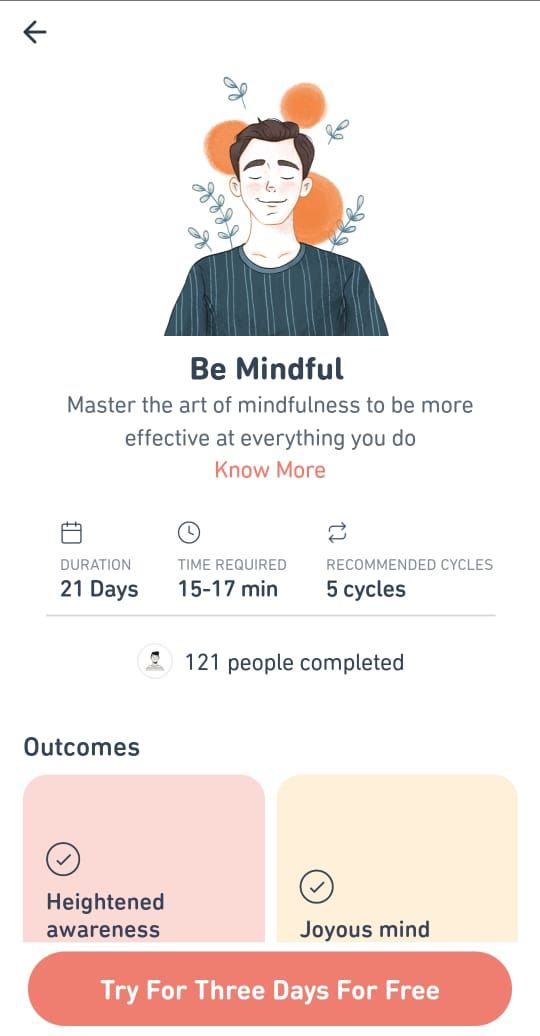 Even the paid courses allow you to try three days for free!

Black Lotus Technologies Pvt. Ltd. was incubated on April 1st 2019 primarily to develop the Black Lotus App. It is the brainchild of Om Swami who has been a tech entrepreneur and today he is better known as a monk, expert meditator and renowned author. Om Swami's insights into the inner workings of the mind led to the understanding that only feel-good meditation is not enough and must be coupled with virtue-enabling acts that function as catalysts. The aim of Black Lotus is to focus on imparting the true power of meditation in an easily accessible, practical, and holistic manner. The new version of the app incorporates a simple habit-forming framework called RARE (Reflect-Act-Reinforce-Evaluate). It can be quickly adopted into one's daily life by spending a mere 14-17 minutes. The impact-based RARE framework provides the user with uncomplicated transformational activities, curated to achieve specific goals like reducing stress, increasing focus, being calm, etc. in the quickest possible time. The Leadership Team of Black Lotus Includes Harish Abhichandani who is also Group CFO at Ola, Vikram Shastry, Director at Uttara Infosolutions and Jaya Kumar, MD at Kalpavriksha Associates. The company's Advisory Board also boasts of members like Kumar GB (VP, Asia Pacific at UserTesting), Karthik Sankaran (who has held leadership positions at Analog Devices, Intel and National Semi Conductors), Pankaj Kumar (Co-founder, Ignify Inc) and Vidit Drolia (Engineering Lead, Google Inc).

Om Swami has been described in many ways: a serial entrepreneur, a technology wizard, bestselling author, and a non-traditional monk and mystic. He has first-hand experience of having spent thirteen months in caves and woods of the Himalayas in intense meditation. Meditating over 15000 hours, (at the peak of his practice, he meditated for 22 hours a day), Om Swami has demonstrated control over his body and his involuntary system under lab conditions with the sheer force of meditation. He can bring his pulse to zero, cause a flutter in his heartbeat, regulate blood pressure, change body temperature at will, and can activate any region of his brain without performing the associated activity - all just with the force of one-pointed concentration. He is the bestselling author of more than fifteen books on meditation, wellness, and spirituality. His book on meditation, A Million Thoughts, has been hailed as the Bible of meditation by readers worldwide. He says, “What HIIT is to exercising, Black Lotus is to meditation.” 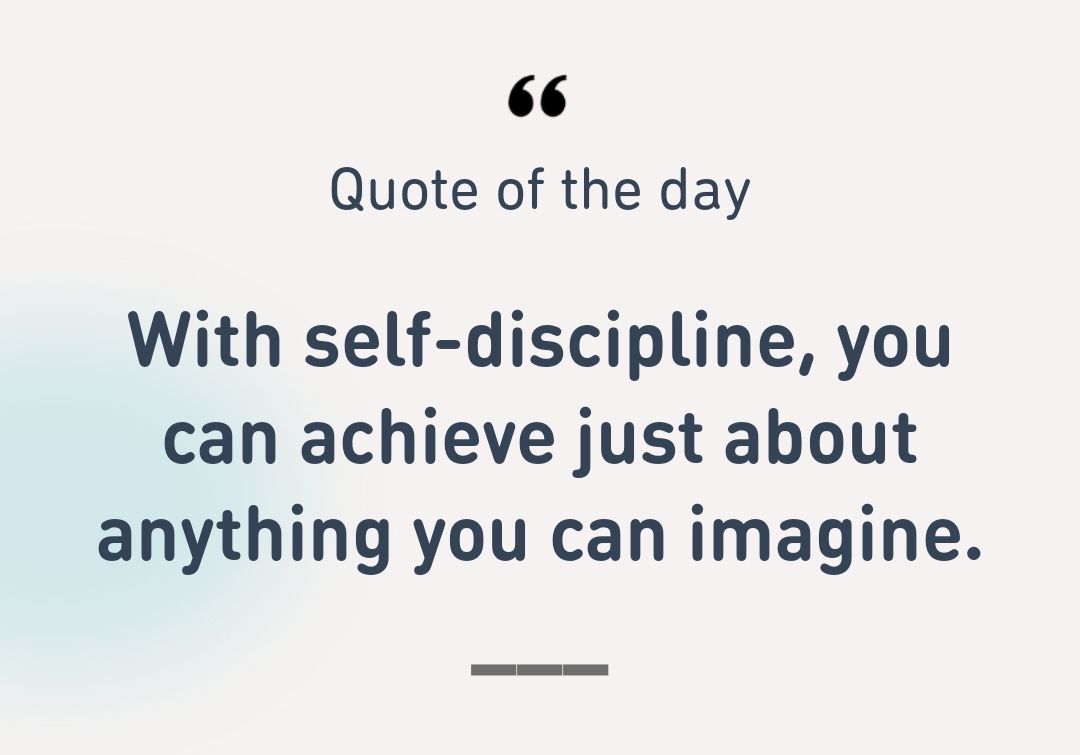 The app also has a Quote of the day!