The girl who made Magnus Carlsen's 2019 special

Since around a year now Magnus Carlsen has been playing phenomenal chess. He has won just about every tournament he has participated in, is world no.1 in all formats, is the world champion in classical, rapid and blitz and has hardly lost a single game of chess this year! What's the reason for this? Well, apart from tremendous chess talent and abilities, Magnus also seems to have found a source of inspiration away from chess! He has a new girlfriend and in his new year post on 1st of January 2020, he posted a picture with her publicly for the first time. Who is this girl who has been able to win Carlsen's heart? Who is Magnus' girlfriend? In this article, you get to know more about this mystery girl!

The life of a World Champion is quite stressful. You are playing against the strongest opponents in the world and everyone expects you to win, all the time! Every loss of Magnus comes as a big surprise to the chess community and to keep up his astronomical rating in all formats of the game, he has to keep winning! Yet, Magnus Carlsen instead of buckling under pressure has come out with flying colours in the year 2019. He has won 8 major tournaments in the year, World Rapid and Blitz title, is the world no.1 in all formats of the game, World Champion in all formats and had an unbeaten streak during the year of 107 classical games. 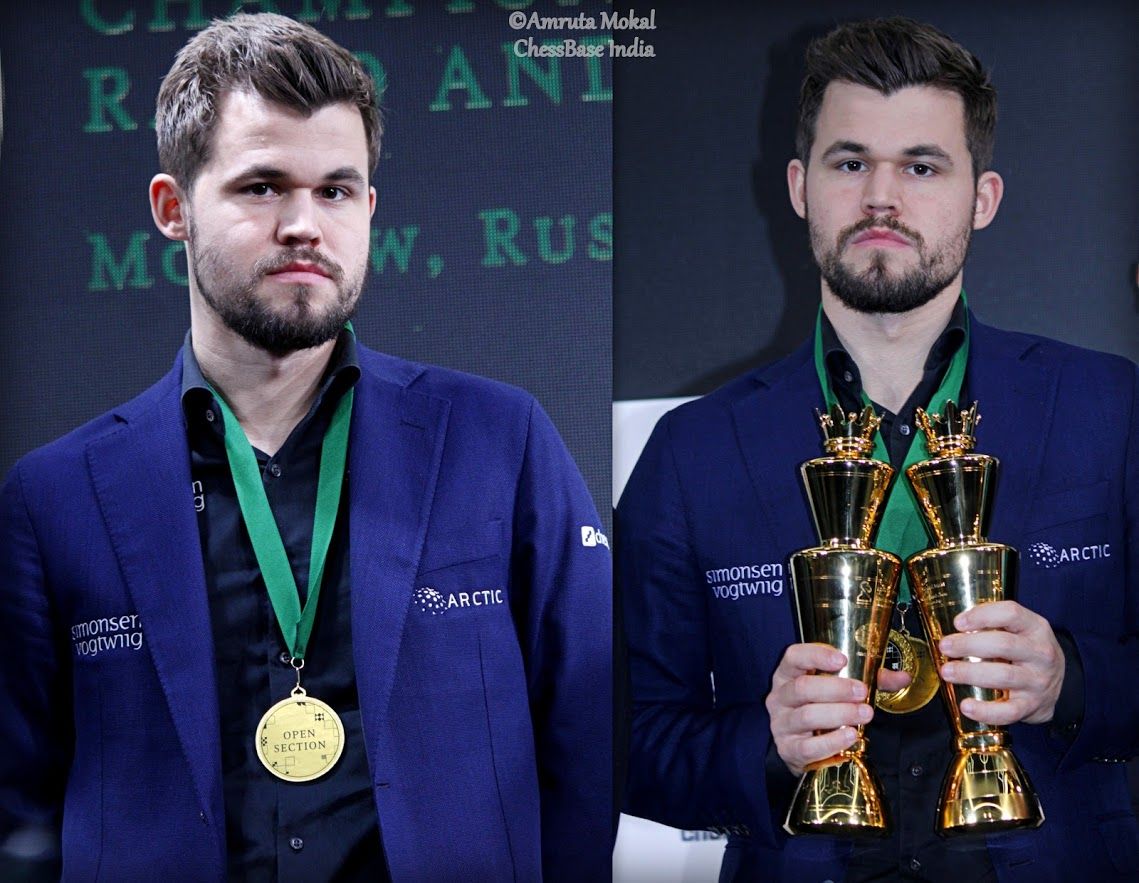 Magnus Carlsen with his World Rapid and Blitz trophies towards the end of the year 2019 | Photo: Amruta Mokal

Many believe that Magnus' brilliant chess skill is the only reason for his amazing performance, we beg to differ. While there is no doubt that chess wise Magnus is better than all of the players in the world, chess is such a psychological game that you have to be in the best frame of mind before and during every event that you play. And in this psychological aspect it is not just enough that your professional career is going well, it is also quite important that things are working out well for you on your personal front. 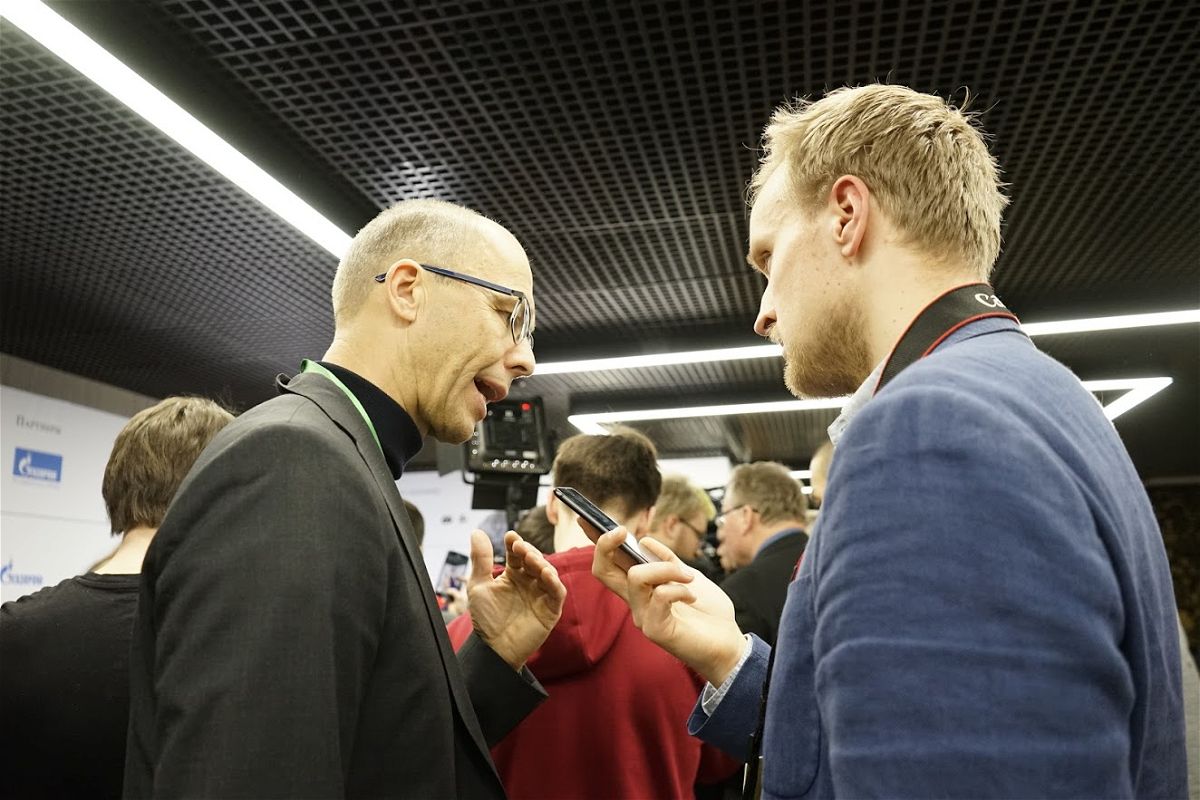 Magnus has a huge support in the form of his father Henrik Carlsen, who accompanies him to various events. The amount of work Henrik does in order to ensure that Magnus is in the best frame of mind before every game is quite mind-boggling. | Photo: Amruta Mokal 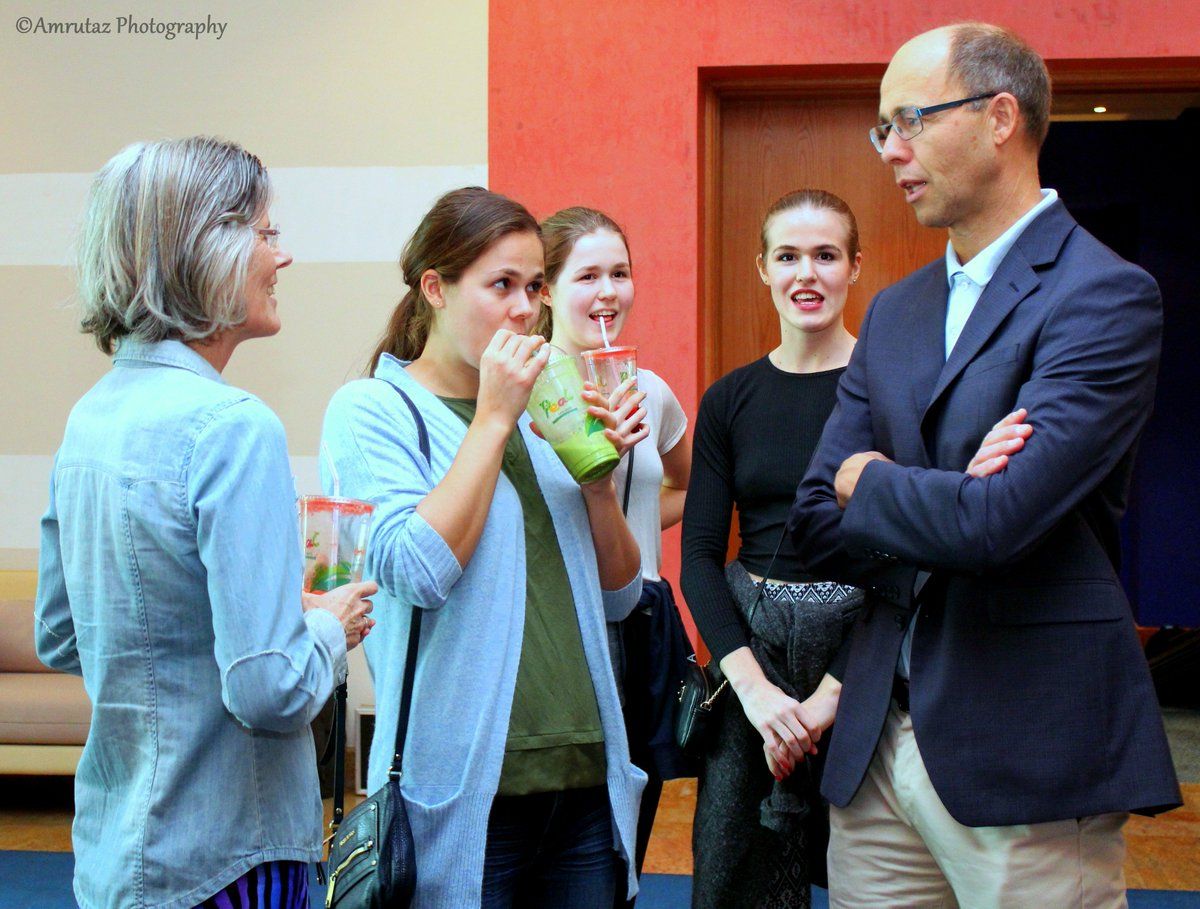 Carlsen's family including his parents and three sisters have been supportive towards his chess career | Photo: Amruta Mokal

In 2017, we reported Magnus playing at the Isle of Man International 2017 where he was present with his girlfriend Synne Christian Larsen. Magnus went on to win that event and had famously thanked his girlfriend for his support during the closing ceremony. In the next few months things fell apart between Magnus and Synne and the World Champion was single once again.

On 1st of January 2020, Magnus made an Instagram post where he wrote, "Been a great year on and off the board, on to the next one!" In the post he shared several photos and one of them was the following:

This was the first time that Magnus had shared a picture of his current girlfriend publicly! | Photo: Magnus Carlsen's Instagram

A lot of Magnus Carlsen's fans loved the picture and also the pair. They were curious to know more about who the girl was. We did some research and these are the findings:

1. The name of Magnus Carlsen's girlfriend is Elisabet Lorentzen Djønne.

2. She is 24 years old (five years younger to Magnus) and is from Hardanger in Western Norway

3. She studies Criminology in the University of Oslo.

4. Magnus and Elisabet have been in a relationship for nearly a year now. The word spread out and several Norwegian magazines/websites covered this story when Elisabet posted a picture of her and Magnus together visiting a German Zoo on her private Instagram profile.

5. She took part in Brun Og Blid Modelling competition, a very popular one in Norway and reached the final 10. The prize for the winner was a massive half a million Norwegian Kroner. Elisabet did not manage to win it, yet being her first and only modelling appearance, it was a great result. 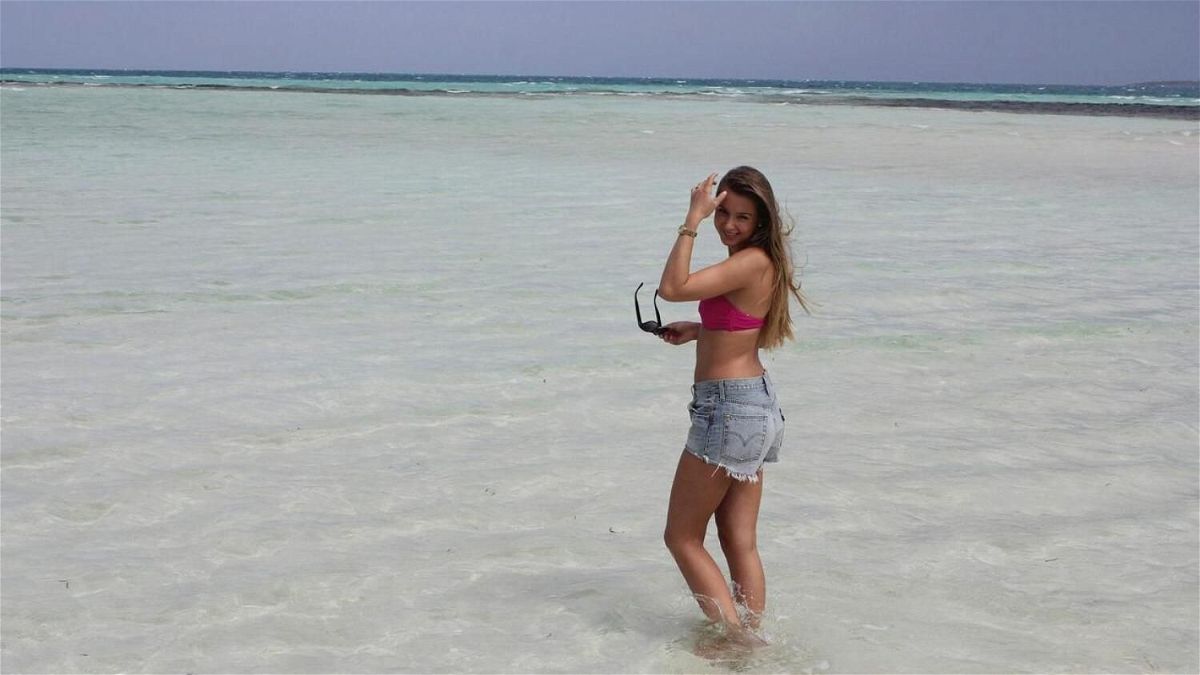 6. She accompanied Magnus to the Grenke Chess Classic in April 2019. Prior to the event Magnus Carlsen posted a video on Instagram on 15th of April with the caption "Playful even when I'm not playing". Magnus was on a vacation with Elisabet when he posted this video. 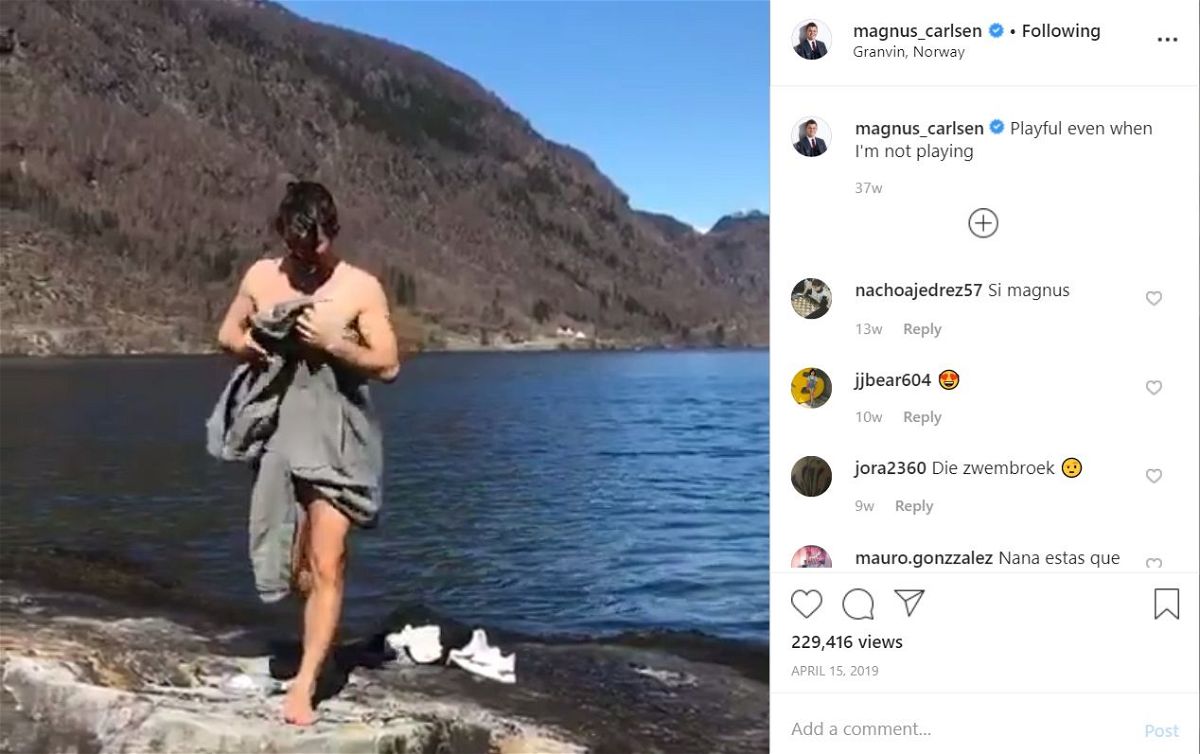 You can check out the video here.

7. Elisabet recently bought an apartment in Oslo and also works at a clothing store along with studying criminology

8. She has previously spent time in Bali and in Hollywood, California. She is fond of charity work and has even travelled to India to serve in orphanages. 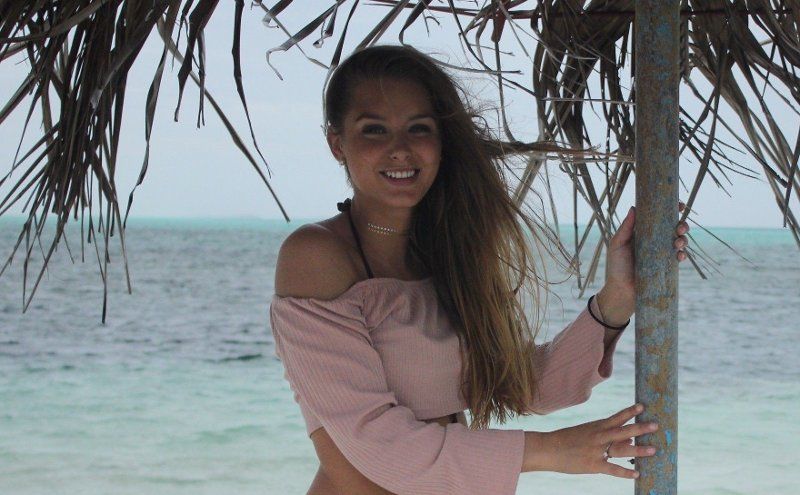 Elisabeth has a unique mixture of being competitive and at the same time caring. Her presence in Carlsen's life has worked wonders for the World Champion | Photo: Brun Og Blid

It's been around a year since Carlsen and Elisabet have started dating each other and it has had a very positive effect on Carlsen's chess career. We can only thank Elisabet for inspiring Carlsen in a way that is bringing out the best in him. At the level where Magnus is - it is difficult to stay motivated after achieving so much in chess. Elisabet's presence seems to be surely solving the motivation issue for the World Champion! 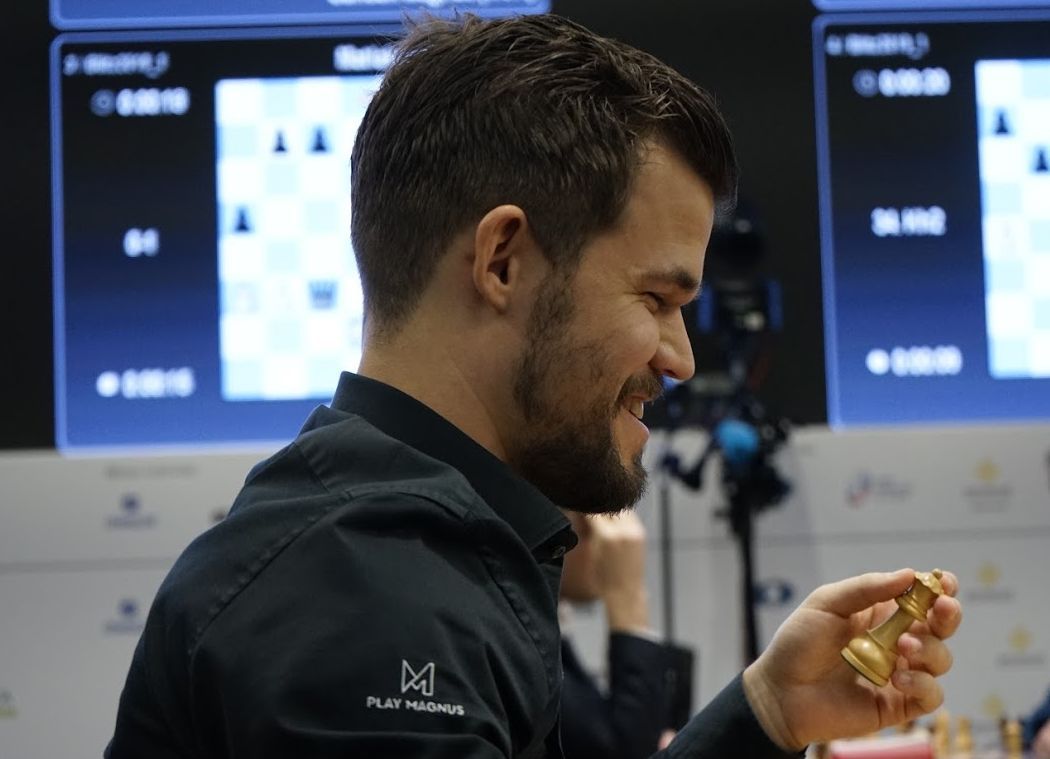 Carlsen thinking about his queen on his way to win two World titles in Moscow? | Photo: Amruta Mokal

Sources and other articles: