One thing you can always be sure of when Carlsen and Nakamura are playing against each other is - there will be fireworks. The very first game of the fourth set was absolutely a thriller. Nakamura's incredible resourcefulness saved the game for him but then again the World champion had his share of few misses too. The following game was an uneventful draw which is quite obvious. The third game witnessed Carlsen walk away with the full point after Nakamura blundered in an already difficult position. Carlsen had advantage in the fourth game too, since draw was enough for him to win the set, he settled for a perpetual. Who do you think will win the fifth set? Finals Day 5 will continue today from 7:30 p.m. IST. Photo: Grand Chess Tour

Carlsen got a fantastic position in the first game. He should have won it but Nakamura showed incredible resilience and he survived by the skin of his teeth. The second game was an uneventful draw which is quite understandable as both players were quite exhausted after the incredible first game. They needed some time to relax and not go for guns blazing. The third game of the day went in favor of the World champion as Nakamura blundered in an already difficult position which forced him to give up his queen and eventually the game. The World no.1 had an advantage for the better part of the game in the fourth game of the day, however he settled for a perpetual check draw in the end as he needed just a draw to win the set and equalize the score 2-2 in the finals.

It was not Nakamura's day | Photo: Grand Chess Tour

Carlsen got a fantastic position in the very first game of Day 4, but he let his opponent Nakamura slip away. 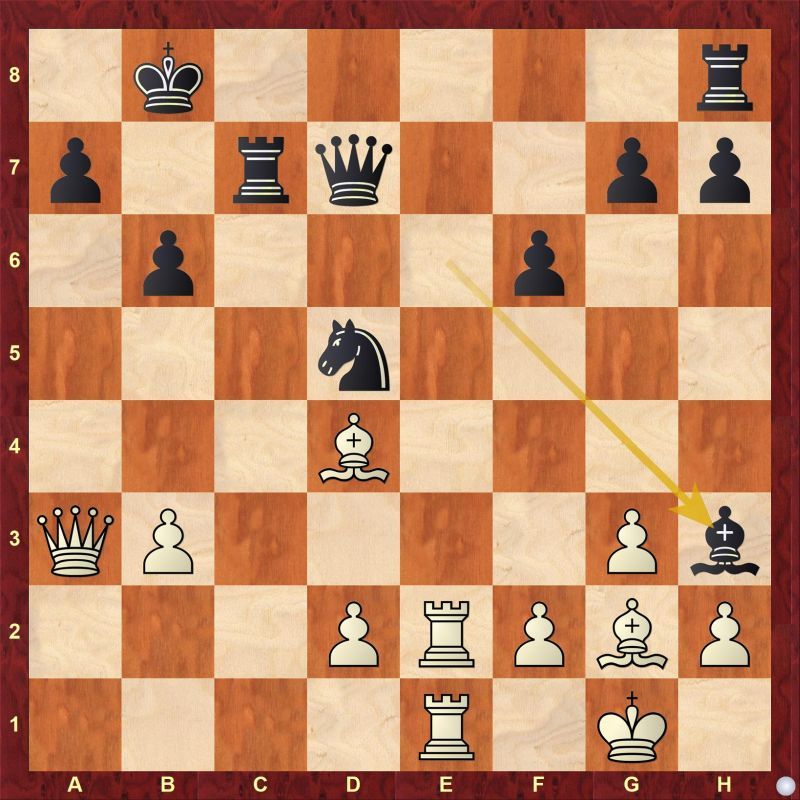 22...Bh3 invites white to launch an attack. How should white do it? 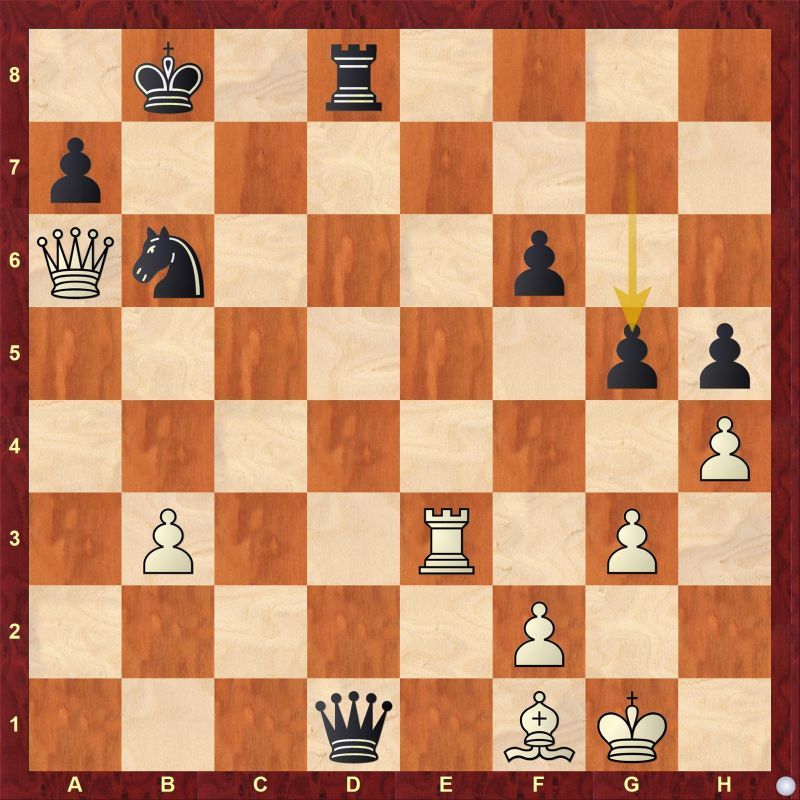 The game continued with 32.g5, which eventually opened up both g and h-file. Try to find out the correct plan for white here. 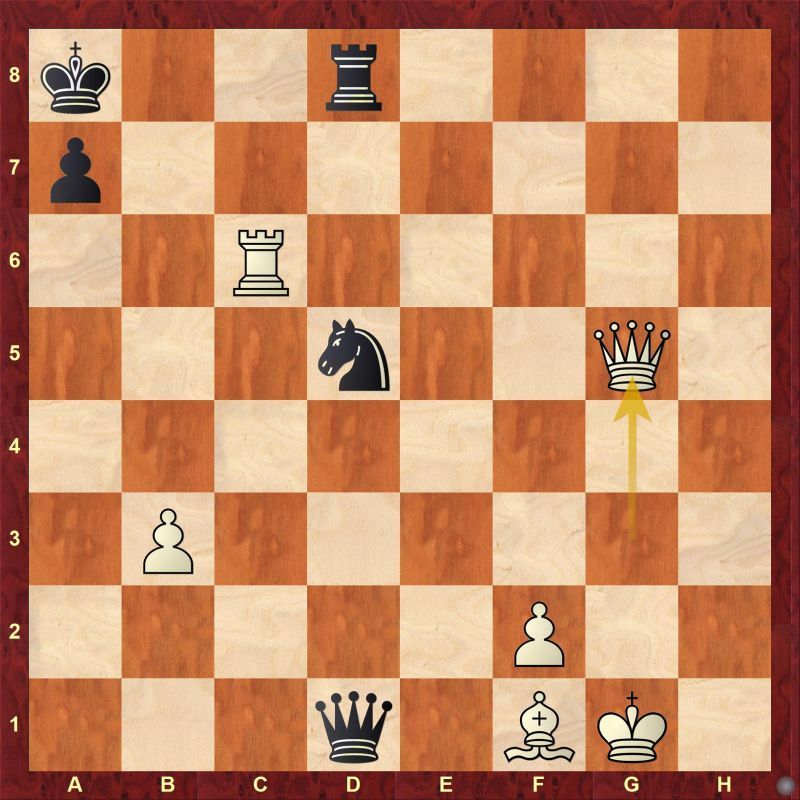 Find out the only way for black to save the game after 42.Qxg5. Nakamura showed incredible resourcefulness to save the first game.

The second game of the day witnessed an uneventful draw. Nepomniachtchi shared his thoughts on it in a tweet

Nakamura made a huge blunder in the third game of the day which allowed Carlsen to gain decisive advantage and walk away with a much needed victory. 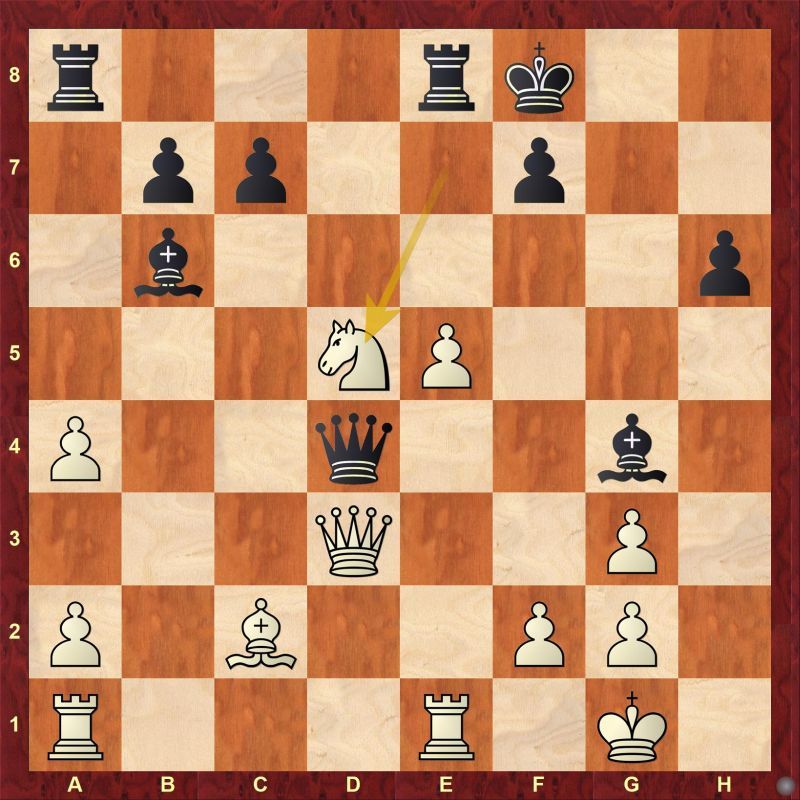 Nakamura blundered here with 26...Qxf2+. Find out what should he have done instead.

Nakamura got into trouble again in the fourth game of the day which was also a must-win game for him to go into blitz tie-breaks and make sure the set is alive. 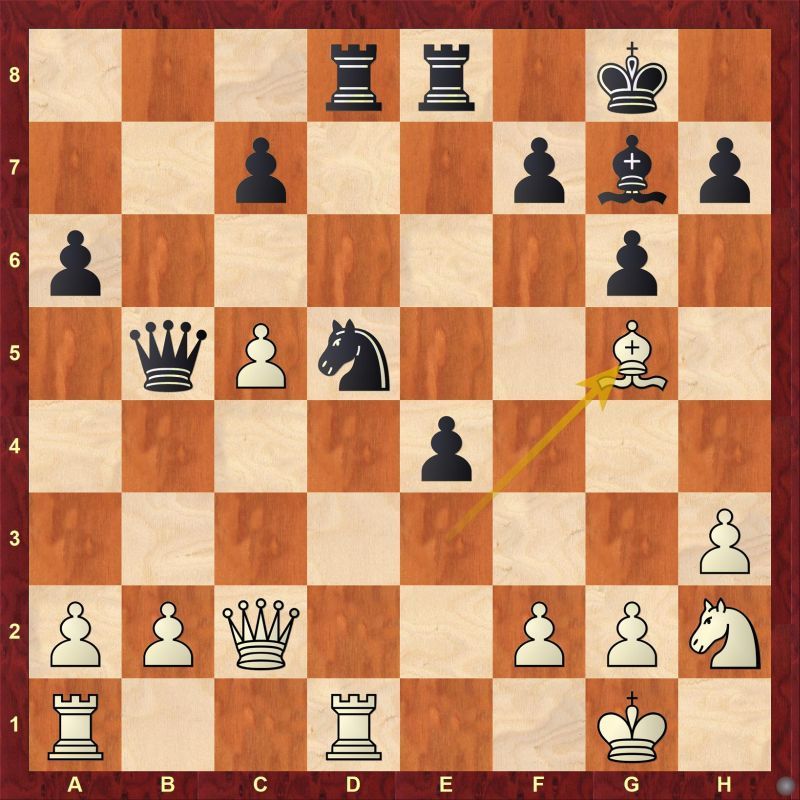 The game continued with 21...f6 but what was the better alternative for black? 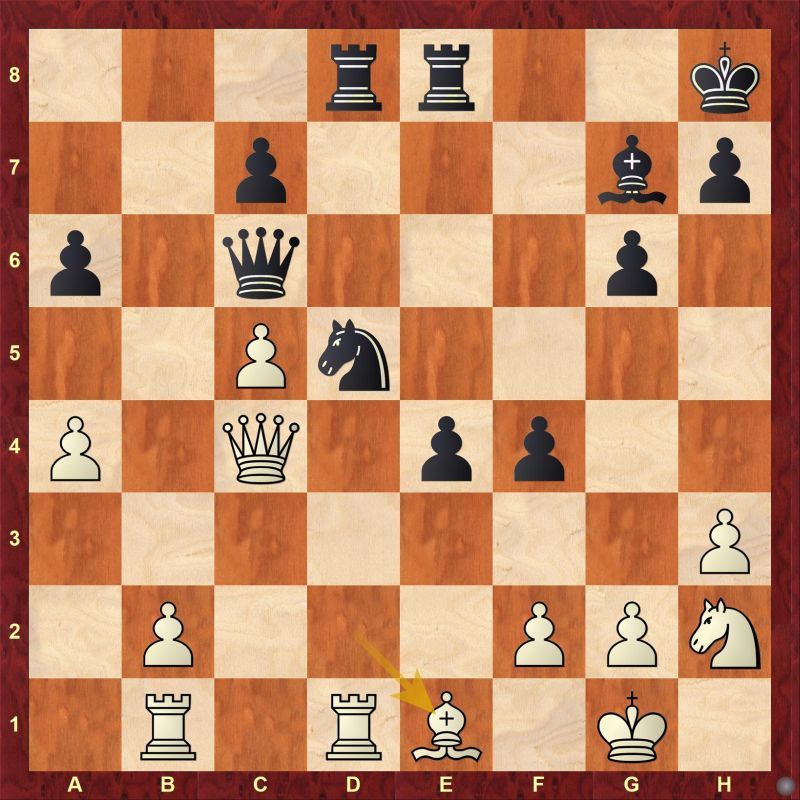 In the game black played 26...e3 which is not bad but there was something better for black. What was it? 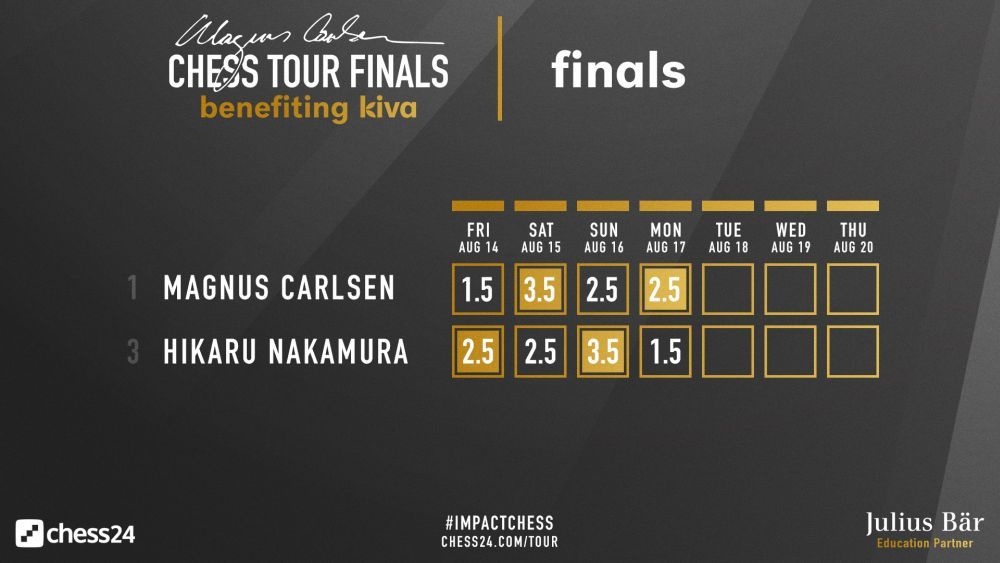 Scores in the finals after fourth set | Photo: chess24