There are not a lot of people who can beat Carlsen quite often. Nakamura beat Carlsen twice in the third set within the span of three games. If anyone has the World champion's number now, it would definitely be Nakamura. The Speed King had more reasons to celebrate as his twitch channel became the first chess channel to reach 500K followers. Although he started Day 3 of the finals with a loss, then he made a quick draw in just 17 moves and won the next game after the Norwegian misplayed in the endgame. Fourth game was a hard fought draw and in the fifth game the World no.1 made blunders in move no.11 and 12 which allowed Nakamura to score a miniature like win in just 22 moves. Carlsen was unable to capitalize his advantage in the final blitz game allowing Nakamura to win the third set and take the lead. Finals Day 4 will continue today from 7:30 p.m. IST. Photo: FIDE

Nakamura after losing the second set made a strong comeback and won the third set 3.5-2.5 and took the lead in the finals of Magnus Carlsen Chess Tour Finals. Despite starting Day 3 with a loss, Nakamura made a short draw in the second game and immediately won the next game punishing the World champion for his mistakes. The fourth game went back and forth but neither side was ever in any kind of danger and it ended up in a draw. In the fifth game, Carlsen seemed to be completely out of place as he blundered in move no.11 and 12 consecutively allowing Nakamura to beat him in just 22 moves. In the final blitz game, Carlsen had decent advantage in the endgame but unfortunately for him, he couldn't maintain it and Nakamura made a comfortable draw. Thus Nakamura won the third set and took the lead. 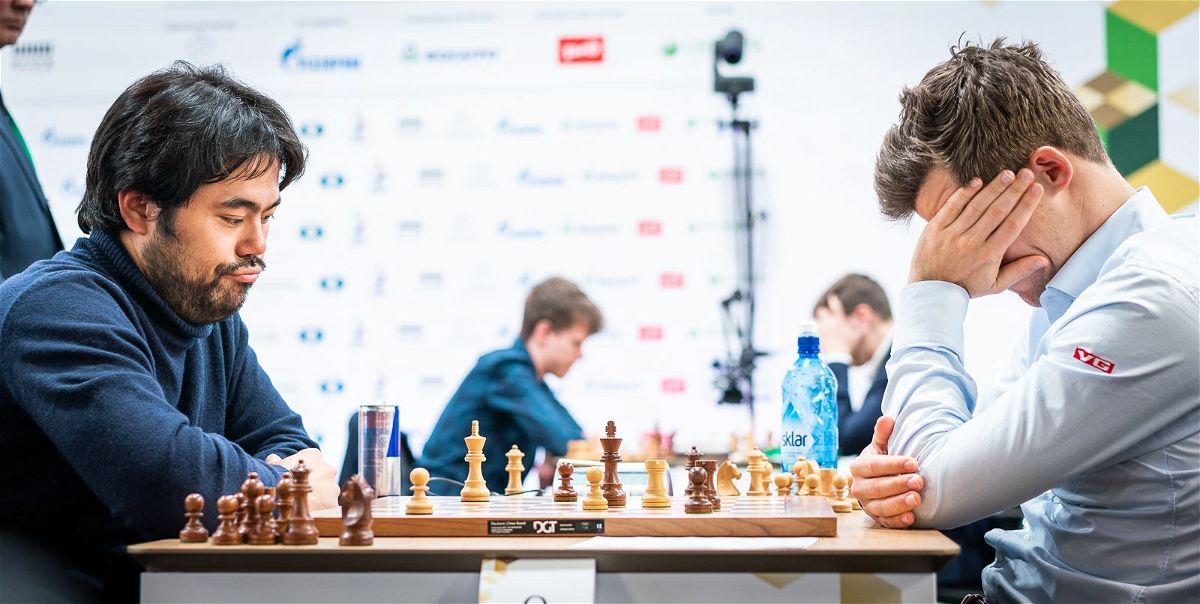 It was not the best day for the Carlsen | Photo: FIDE

Carlsen started Day 3 with a win. Although he went for a Berlin Defence again but Nakamura did not go for a 14-move draw for the third time in the finals. 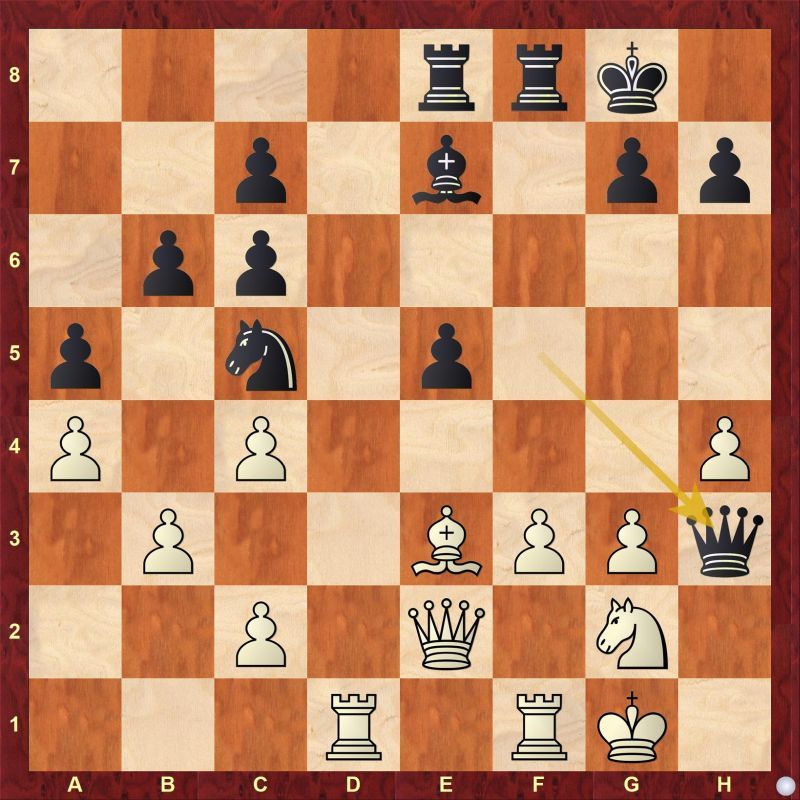 White's position looks absolutely uncomfortable after 22...Qh3. Unlike previous occasion, Kf2 is not a viable option and after 23.Bf2 white's pieces are completely cramped. 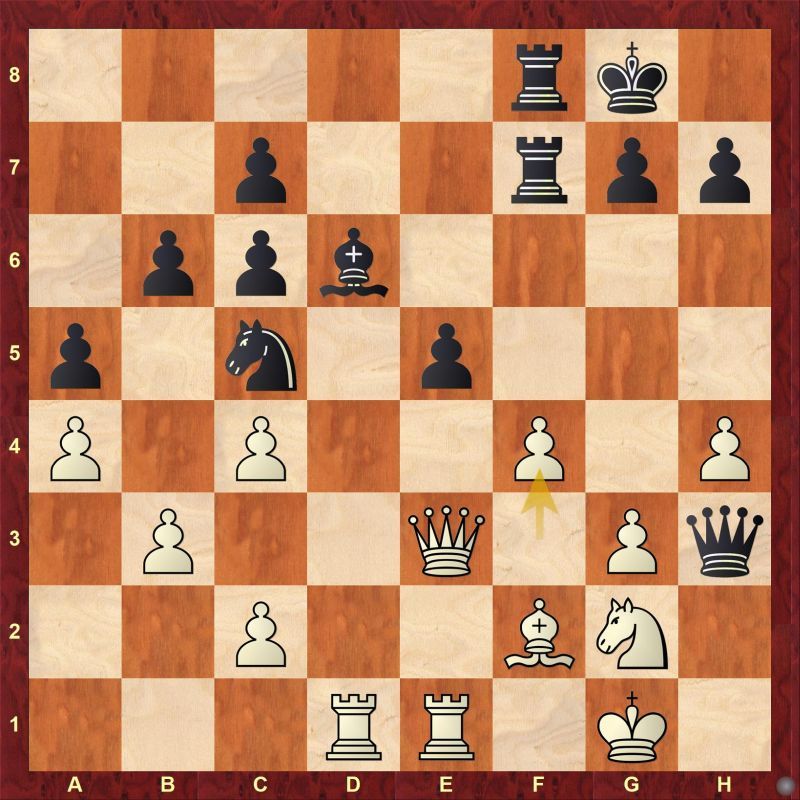 The game continued with 26...exf4, however there was an interesting variation for black. Can you find it? Soon afterwards white lost a couple of valuable pawns which liquidated into a winning Rook ending for black.

The second game of the day witnessed a quick 17-move draw but this time Nakamura drew with the black pieces. Nepomniachtchi again took to twitter to share his humorous thoughts

Nakamura opted for the Anti-Berlin as he realized that he needed to go for a win since he was down by a full point. 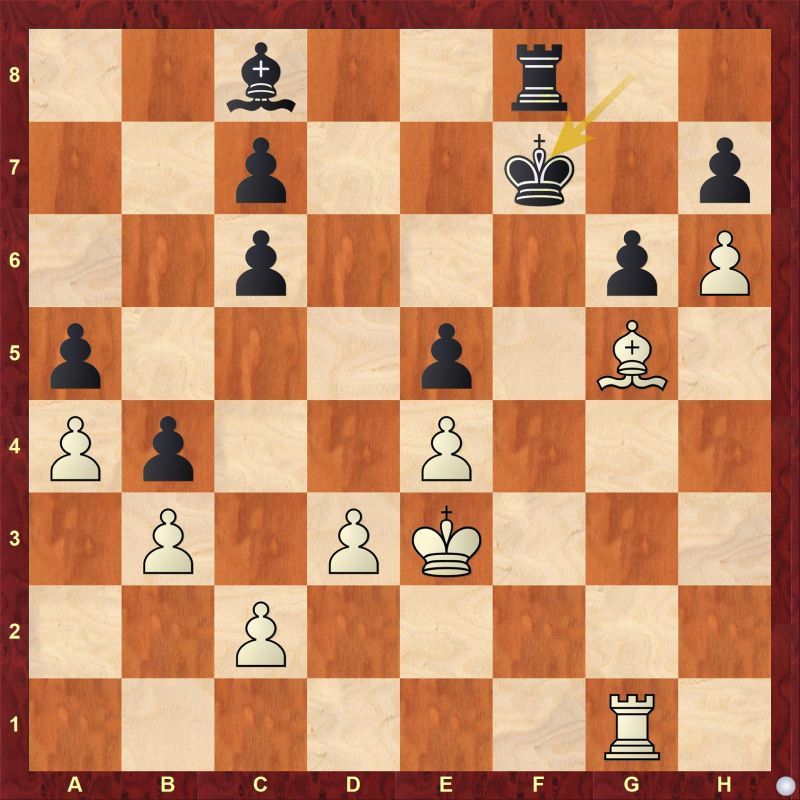 In an already difficult endgame, Carlsen blundered with 32...Kf7. Find out why it is a blunder and what he should have played instead.

Nepomniachtchi tweeted this after Nakamura's first win of the day

Nakamura made a comfortable draw in the final rapid of the game of the day.

When was the last time you saw Carlsen making a blunder in move no.11 and 12 consecutively? It is difficult to recollect. The answer could be probably never. Anyway Nakamura punished Carlsen for his erroneous mistake and won the game comfortably in just 22 moves. 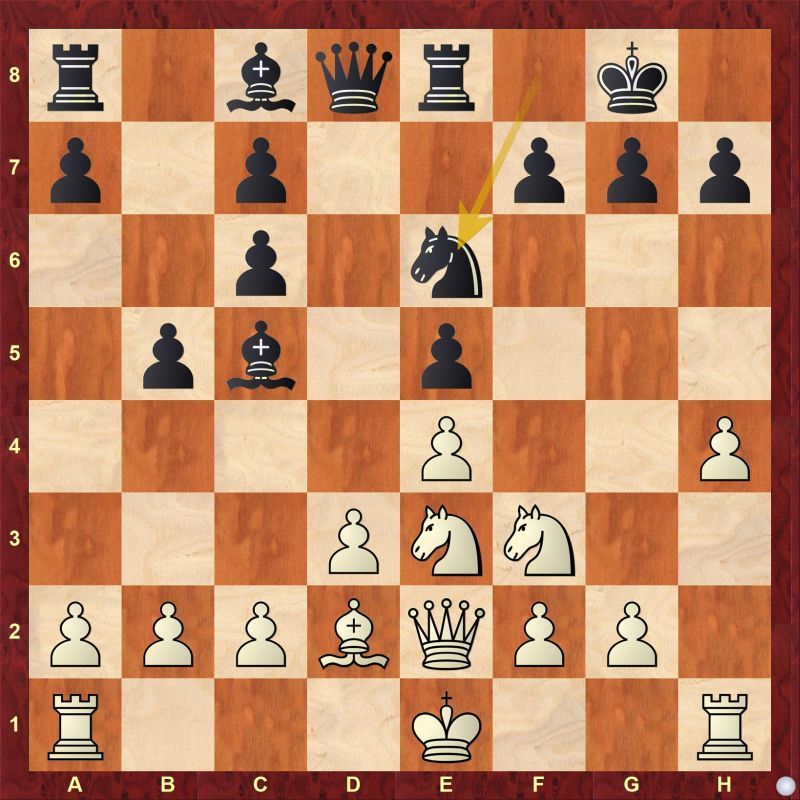 11...Ne6 immediately drops the pawn with 12.Nxe5 and now black doesn't have Nd4 or Nf4 as white has a suitable reply for both. Find out what they are and what black could have done instead of 11...Ne6 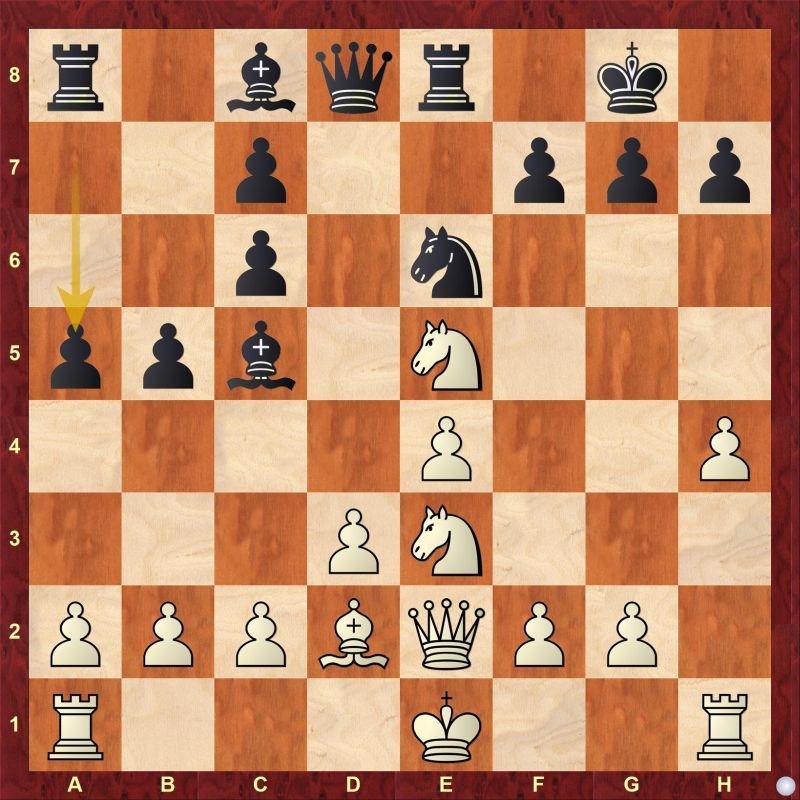 12...a5 invites more trouble for black. What were the better choices for black instead?

The World no.1 got a decent position in the final blitz game but somehow he let go of the control he had in the endgame which led to equalization of the position and eventually a draw. Thus Nakamura won the third set and took the lead in the finals. 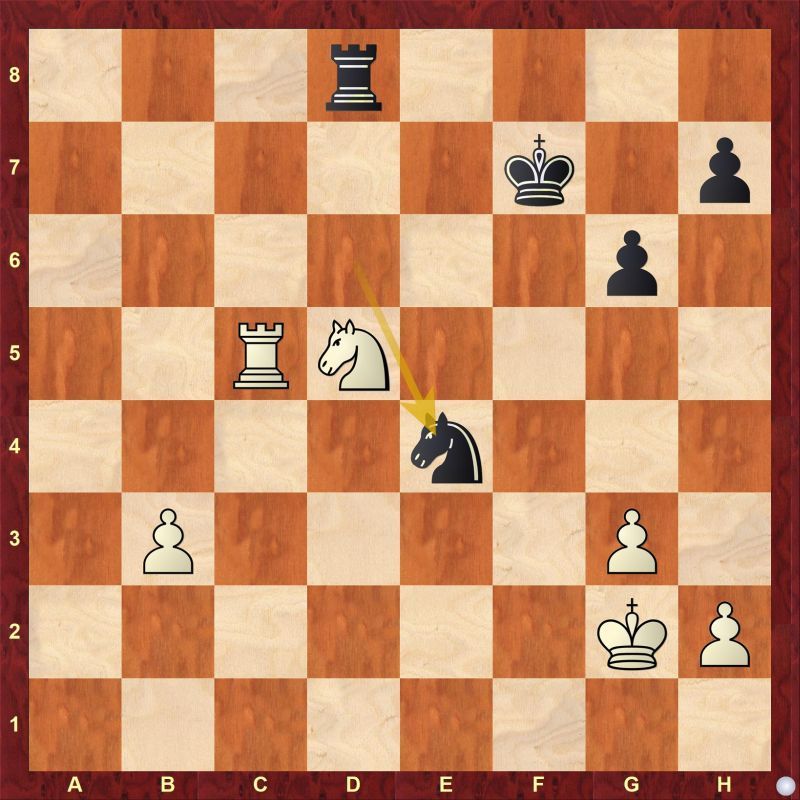 The game continued with 39.Rc7+ Ke6 40.Nf4+Kf6 which allowed black to equalize easily. What do you think white should have played to maintain his advantage?

"Yesterday I think I should have won the match and today I should have lost the match. I think all is right in the world." - Nakamura on winning the third set in a post-match interview. The Speed King has more reasons to celebrate as his twitch channel became the first chess channel to reach 500K followers.