MCT Finals: Nakamura eliminates Dubov and advances to the finals

Nakamura continues his momentum as he defeated Dubov in third consecutive set and secured his place in the finals of Magnus Carlsen Chess Tour Finals. After making two draws in the first two games of the third set, the 'Speed King' capitalized on his opponent's mistake and won the third game. In the fourth rapid game, Nakamura was completely winning, yet he decided to make a draw as it was enough for him to advance to the finals. Carlsen made a short draw in the first game against Ding Liren and then he beat him in the next two games, taking a 2-1 lead. Ding Liren must win the next set to keep his chances alive. Who do you think will face Nakamura in the finals - Carlsen or Ding Liren? Photo: Grand Chess Tour

The third day of the Semi-Finals of Magnus Carlsen Chess Tour Finals witnessed Nakamura beating Dubov in the third straight set and securing a place for himself in the finals. Although Nakamura was winning the fourth game of the third set, yet he decided to repeat moves as draw was enough for him to advance to the finals. Carlsen defeated Ding Liren in the similar fashion as the previous day. After making a short draw in the first game, the world champion won the next two games without any difficulty. In both games, the World no.3 worsened his king by pushing the pawns in front of the king at inopportune moment. 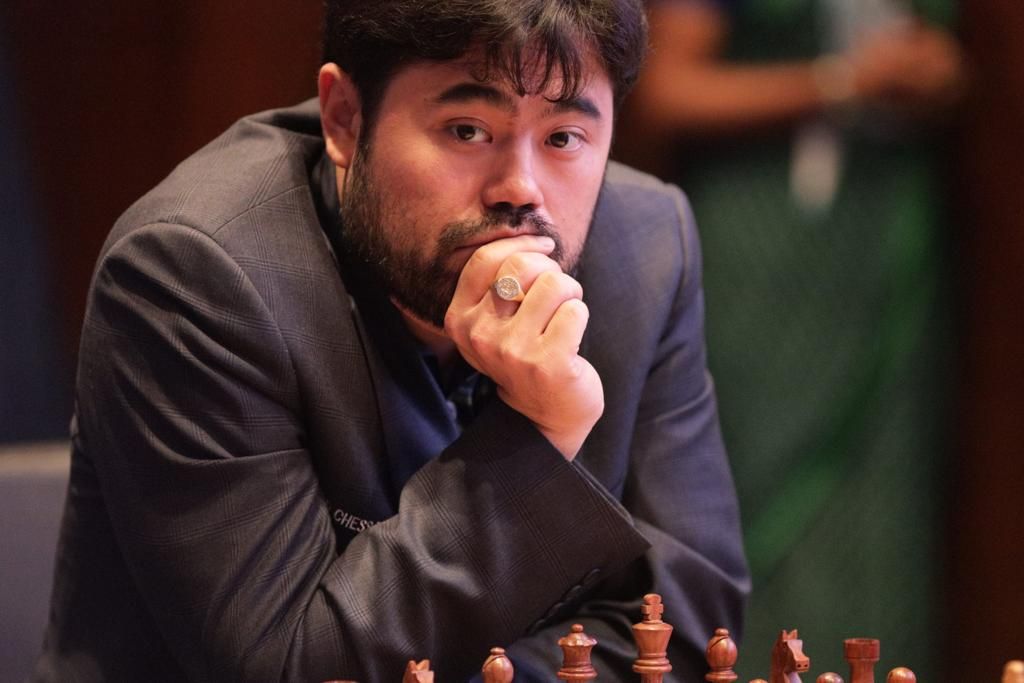 The first game of the third set was an uneventful draw. In the second game, Nakamura could have taken a chance, but for some reason he didn't 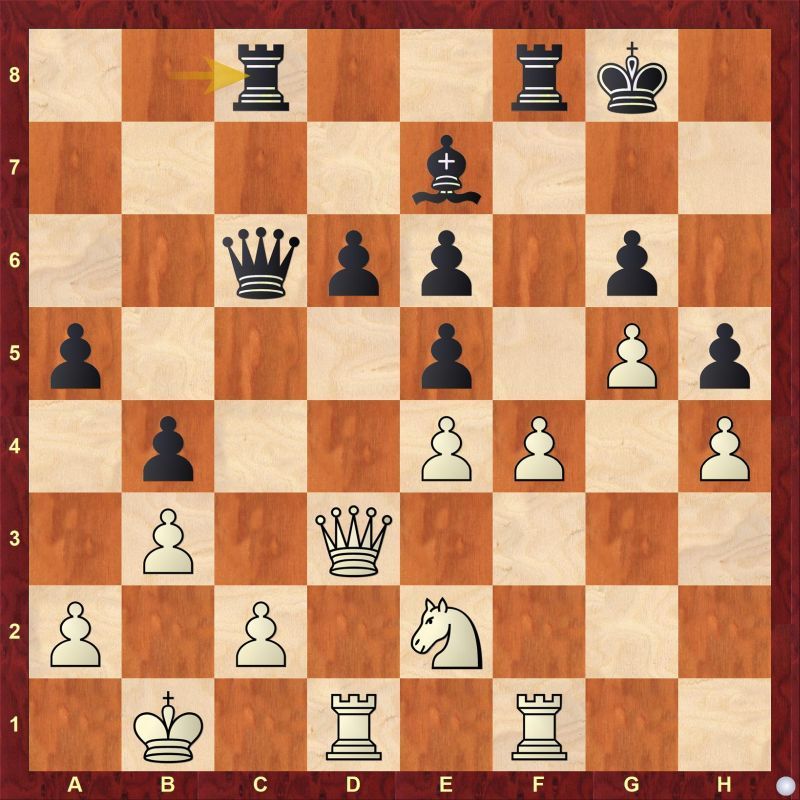 The game continued with 26.Rd2 but what was the better alternative here?

In the third game of the third set, Dubov made an inaccuracy in a seemingly equal endgame which allowed Nakamura to gain the upper hand and eventually he had no trouble converting it into a win. 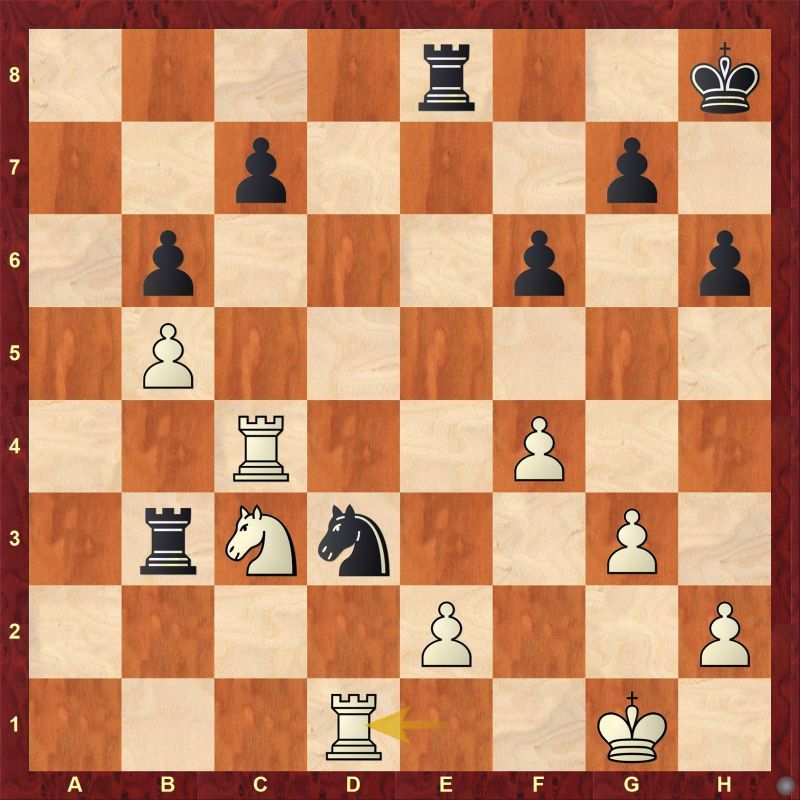 Find out why 36.Rd1 is a mistake and what white should have done instead.

Nakamura was completely winning the fourth game in the third set, however he decided to repeat moves since a draw was enough for him to win the set, match and advance to the finals. 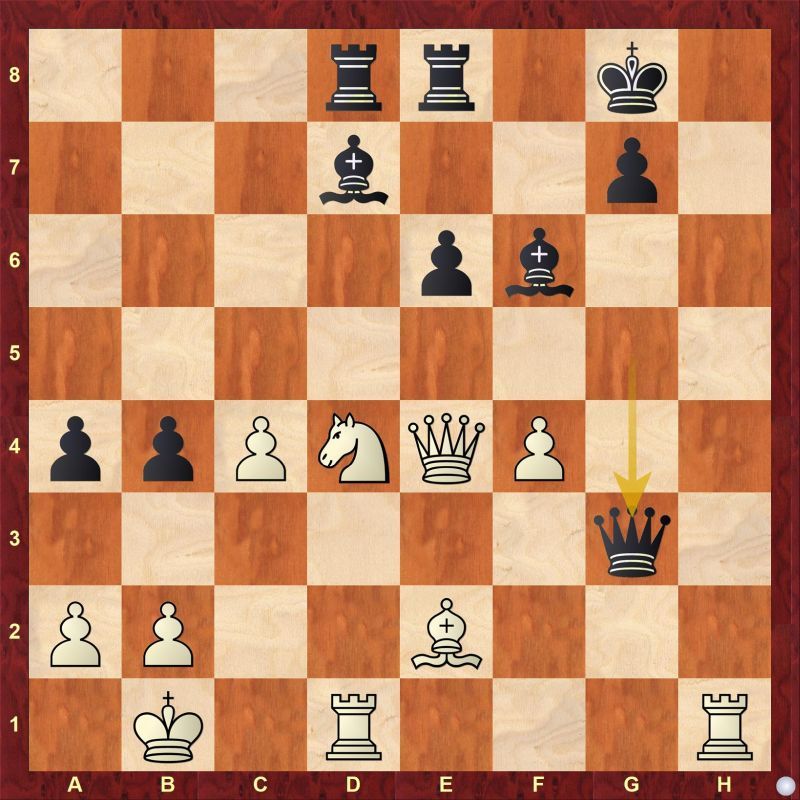 White can simply push for a win with 30.Rdg1 followed by 31.Qh7+ but Nakamura continued with 30.Rd3 and forced a repetition as the black queen cannot escape.

The first game of the third set in the Semi-Finals was an uneventful short draw in just 22 moves. In the second game, Ding Liren made his own kingside unsafe by pushing the pawn in front of the king. 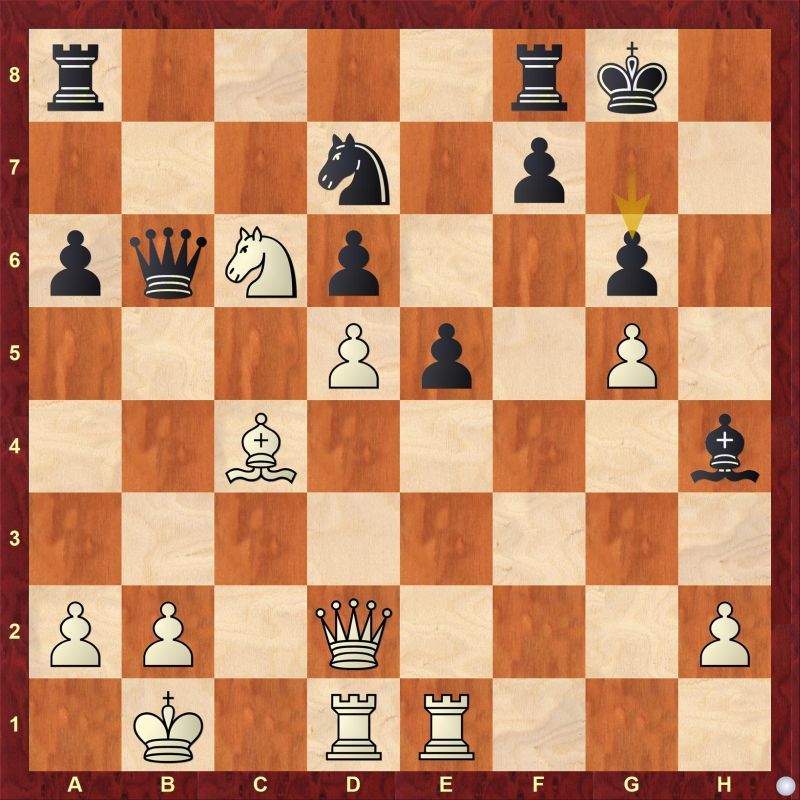 Black's first mistake in the game was 23...g6 which accelerated white's plan to launch an attack on the kingside. 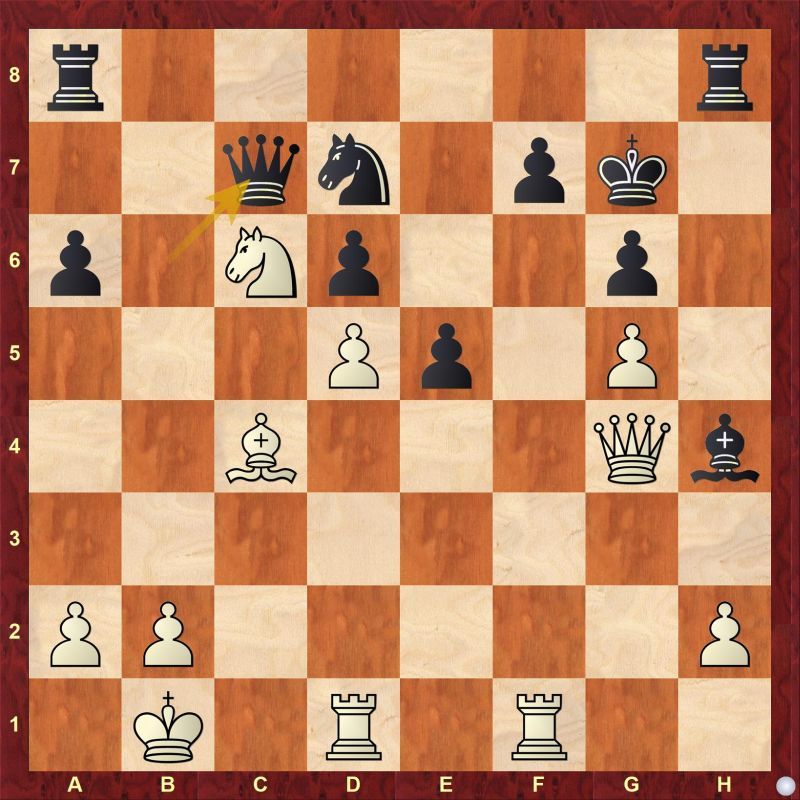 The game continued with 27.Rf3. Find out the better winning combination for white here.

In the fourth game of the third set, Ding Liren once again worsened his king by pushing the pawn in front of it resulting in relentless attack from the world champion. 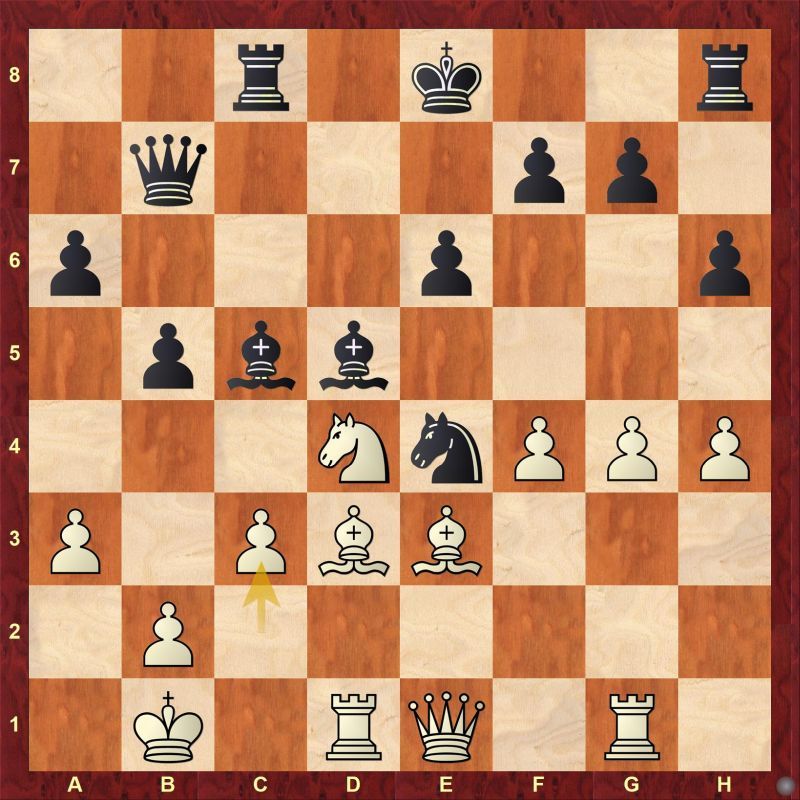 White made an unforced error with 20.c3. Find out what white should have played instead. White blundered after nine moves and resigned immediately after 29 moves. 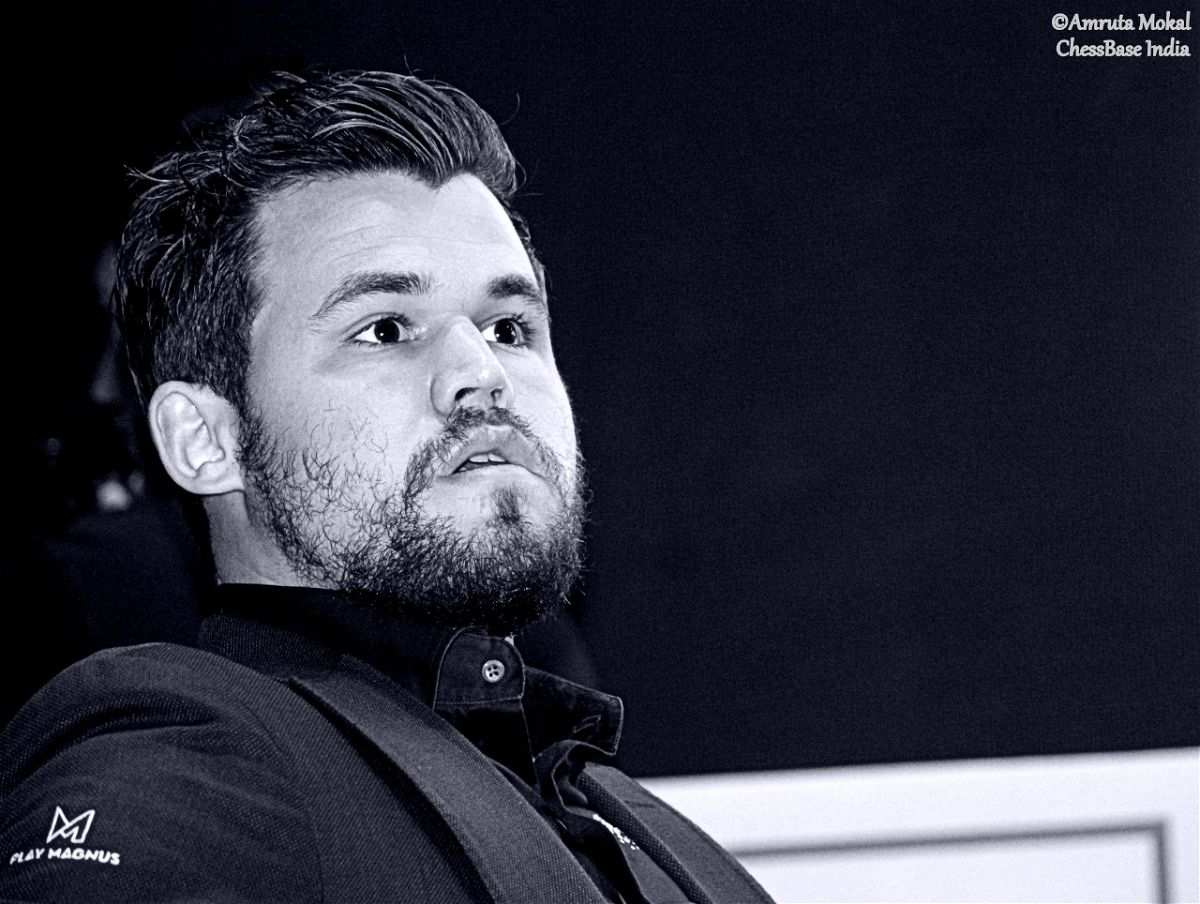 Carlsen has gained a 2-1 lead in the Semi-Finals | Photo: Amruta Mokal