India started the year 2019 with 58 GMs. On 15th of January we got the next two GMs - Visakh NR (59th) and D. Gukesh (60th). After roughly one and a half month we now have our 61st GM P. Iniyan from Erode, Tamil Nadu. Born on 13th September 2002, Iniyan is just 16 years and 6 months old. He scored his first GM norm at the Montcada Open 2017, second one at the Bobligen Open 2018 and the final one at Barbera Del Valles 2018. After achieving his final GM norm it took him some time to reach the 2500 Elo mark, which he managed to achieve on 5th of March 2019 at the Noisiel Open in France by beating GM Sergey Fedorchuk in round 6. A detailed report with game analysis by India's 61st GM and interview with the man of the moment.

On 5th of March, India got its 61st GM - P. Iniyan from Erode, Tamil Nadu. Born in 2002, Iniyan is just 16 years old. Iniyan had already achieved his three GM norms (in fact he went on two score two more GM norms later) and crossed 2500 Elo at Noisiel Open. He beat GM Sergey Fedorchuk in round six to cross 2500 Elo on the live rating list.

The youngster scored his first GM norm at the Montcada Open, Spain in 2017. The second norm came at the 34th Bobligen Open in Germany and the final norm was made Barbera Del Valles, Spain in 2018. On the evening of the day he became a GM, Sagar Shah caught up with Iniyan for an interview:

Sagar Shah (SS): Did you know before your game against Fedorchuk that if you won today, you would become a GM?

P. Iniyan (PI): Yes. I knew that if I win I will get the title, but I was not stressed during the game. My opponent is a strong player and winning against him would not be easy at all. So I just focused on playing well.

SS: Who are the people you would like to thank for becoming a GM?

PI: I would like to thank my family, sponsor Olirum Erodu Foundation, my coach Visweswaran sir, earlier coaches Thirumurugan sir and Senthilvel sir. I would also like to thank  All India Chess Federation (AICF), my school, MD Shiva Kumar sir, all the teachers and my friends in The Indian Public School, Erode. 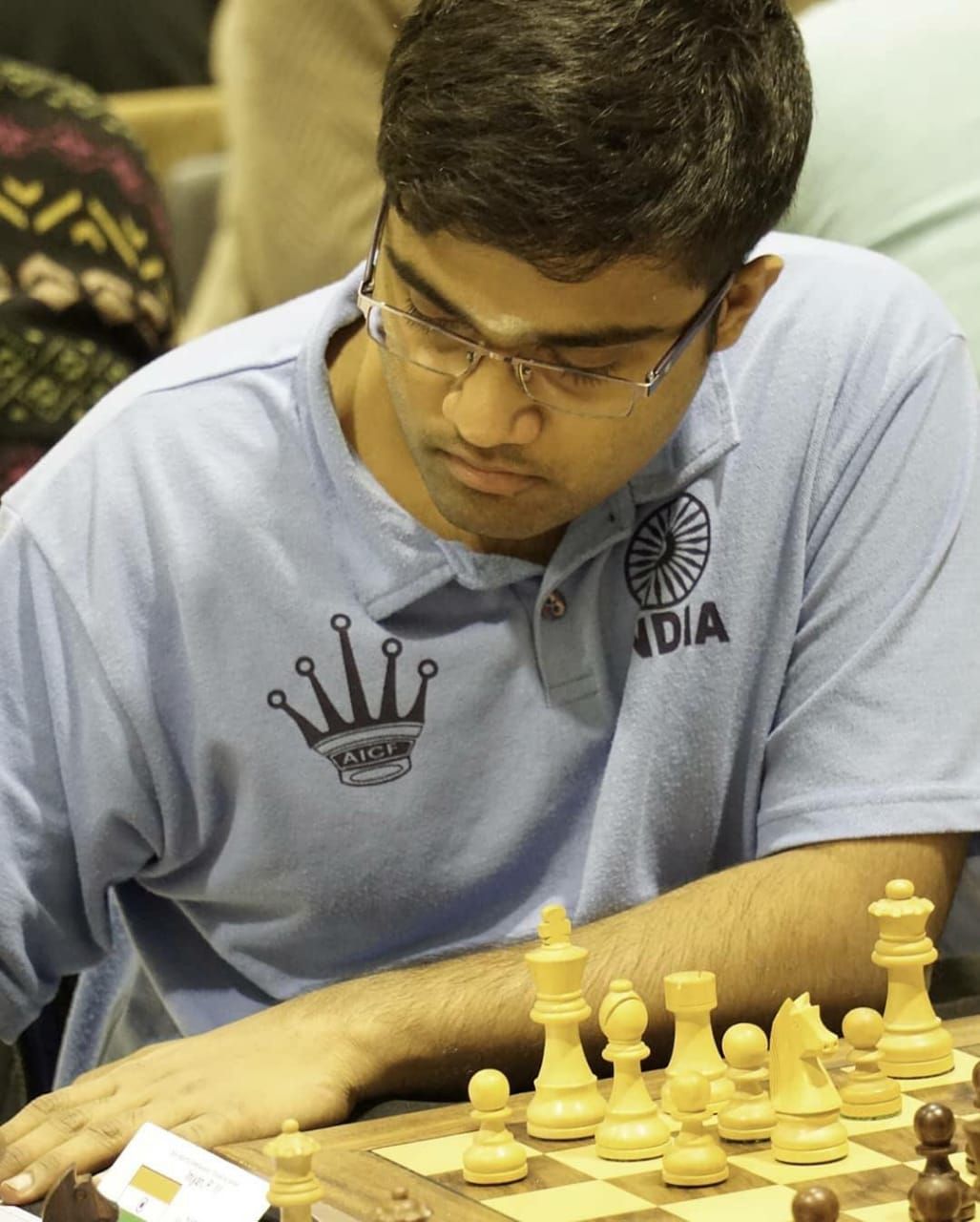 SS: What has been the role of your coach Visweswaran in your journey?

PI: Visweswaran sir has been coaching me for the past 6 years. He is one of the biggest reason that I have made it this far. V for Victory or V for Visweswaran? Visweswaran is one of India's finest trainers and has been instrumental in Iniyan's success | Photo: Amruta Mokal

SS: Sponsorship is always an issue for chess players. Olirum Erodu Foundation is your sponsor. What would you like to say about their support? 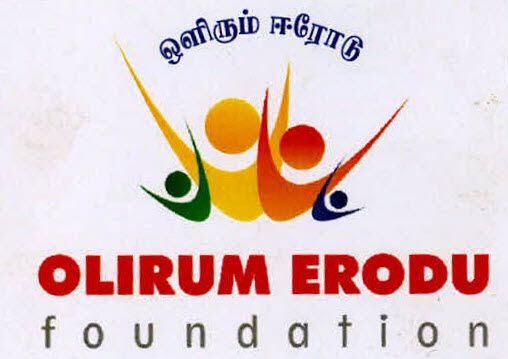 PI: Olirum Erodu Foundation has been sponsoring me since December 2015. It is a foundation which concentrates on heath management, water management and many good things for our Erode District. At the same time they would like to create world class sports players from Erode. Because of their support I have managed to play nearly 45 International GM norm tournaments in abroad. They have been very supportive for me. I would like to thank them very much.

It's extremely difficult, if not impossible, for an ambitious player to fulfill his dreams without a sponsor. In that respect Olirum Erodu's support for Iniyan has proved to be a big blessing for the youngster and Indian chess!

SS: How have your parents supported you in this journey?

PI: My father is an administrative officer, in Highways department and my mother is a house wife. My sister Iniyakeerthi is studying in 6th grade. My family has supported and encouraged me a lot. Especially in the past one year when I was several times close to the title but couldn't reach it for some or the other reason. Without their support and sacrifice I would have not been able to reach this place. When my mother travels with me for tournaments, my sister Iniyakeerthi misses her a lot, but she never express that. Hiding her tears she always wishes me "All the Best". She prays for me all the time. My special thanks to my sweet sister. 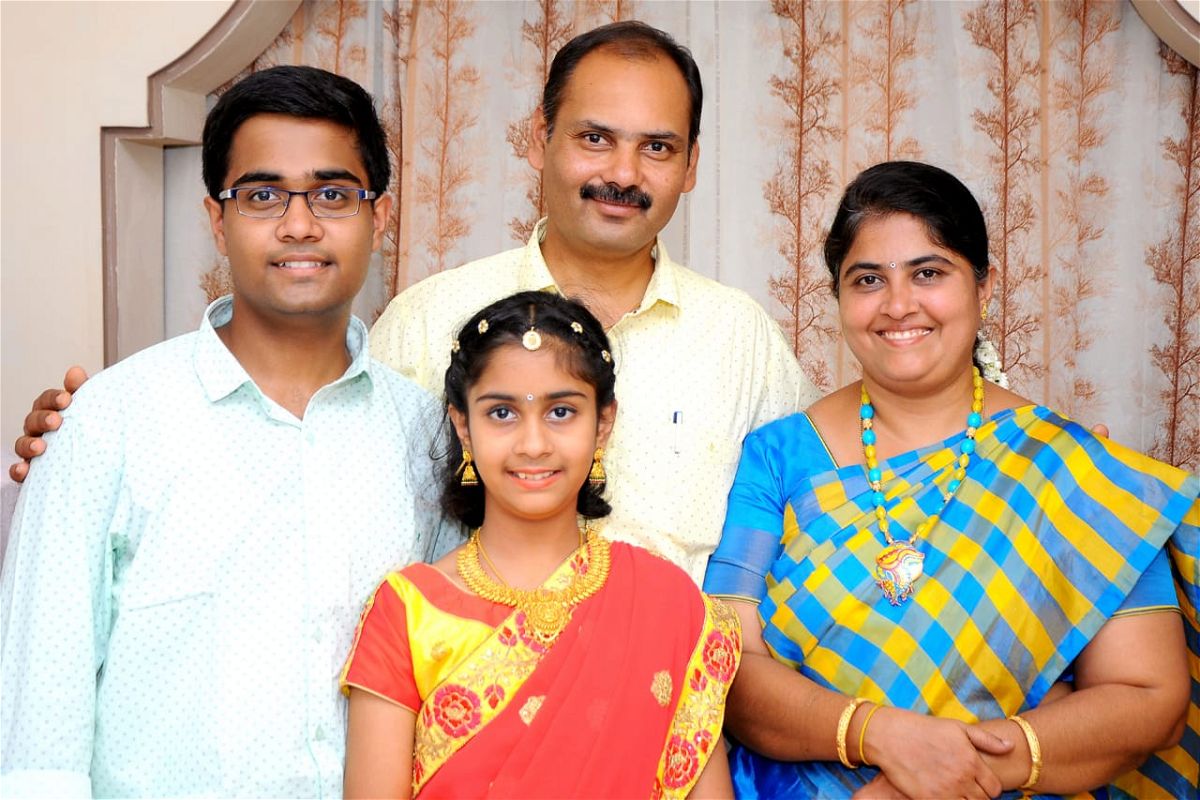 Iniyan with his father Panneerselvam, sister Iniyakeerthi and mother Saranya

SS: Now that you are a GM what is your next aim?

SS: Which has been your favorite game that you have played till date?

PI: There are a lot of games I really like but if I have to choose one it would be my win against French GM Edouard Romain at the Andorra Open 2017. I played very well from moves 20-34 but only his mistake on move no.35 helped me win the game.

SS: What is your advice to budding youngsters who would like to make it big in the world of chess?

PI: Although it is hard, not to focus on ratings, I think it is a must. You have to improve the standard of your game. I felt that I am playing better when in the last few tournaments I gave pressure to my opponents even if they are much higher rated than me.

SS: Lastly, what has been the role of ChessBase in your chess career till date.

PI: ChessBase is the software I use to practice as I think many do. The new features that come with every version is cool and fun. When I became an IM, ChessBase India wrote an article about me. That boosted my confidence. I think ChessBase India is a great media for chess players, which keeps motivating them. 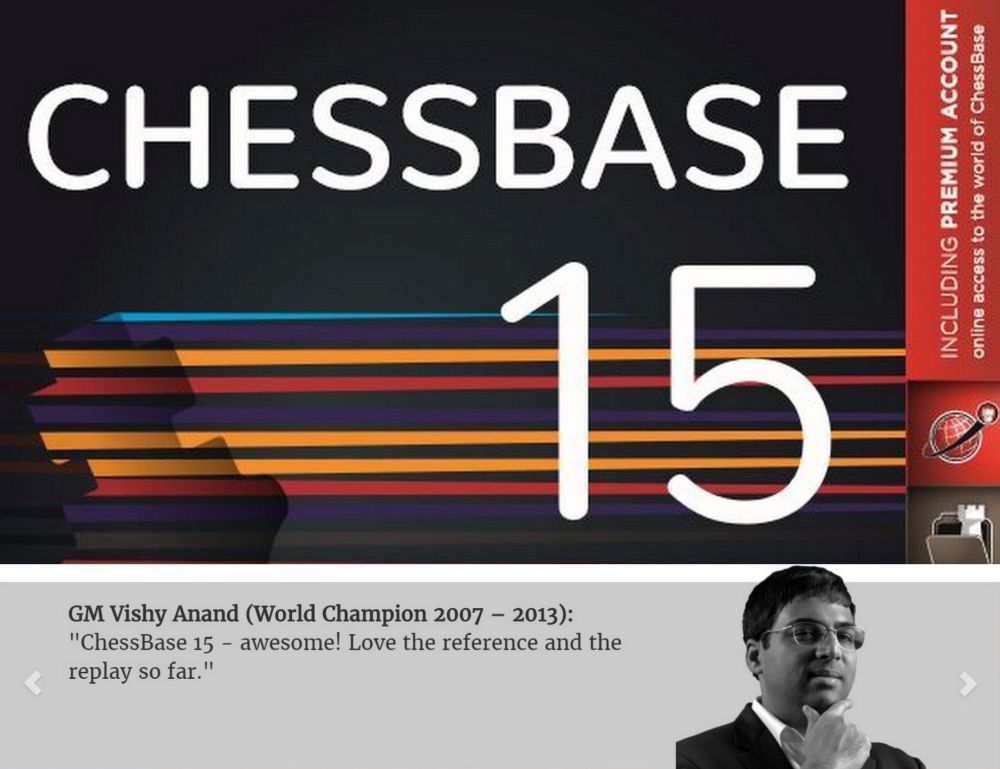 Right from India's 1st GM Vishy Anand to India's 61st GM Iniyan, every top player uses ChessBase. If you don't use it, it might be the right time to get your ChessBase 15!

Iniyan faced his first huge test at the World Youth in 2010, Greece. Due to miscommunication with the travel agent, he almost missed the interview with the Greece Embassy in Delhi. But luck was on his side. While the visa of many players were rejected, Iniyan got his visa eight hours before the departure thanks to the efforts taken by All India Chess Federation (AICF). Porto Carras, the place where the WYCC was held, was a beautiful resort. Iniyan played well and tied for the bronze in the U-8 section.

When the Anand-Carlsen match was held in Chennai in 2013 two players from Tamil Nadu made it big. One was 13-year-old Aravindh Chithambaram who won the Grandmaster Open ahead of many GMs, and the other was Iniyan who won the below 2100 category event with a score of 9.0/9! Starting the tournament as the 41st seed and winning the event was a big success.

Although Sitges 2016 didn't really end well for Iniyan, the real shock was yet to come. While they were about to leave for the Lorca Open, Iniyan's laptop was stolen! ChessBase India had reported on this incident: "I work with the laptop for 10 hours a day. When we are on road, we can't search for partners to play and thus it becomes our playing partner as well. I had ChessBase installed in it. It had all the data about the players I have countered, my plans, their weaknesses, my coach K. Visweswaran's inputs and my entire history from the age of seven. Losing it was a big blow." It was a big blow, but like a true champion, Iniyan went on to score his second IM norm with a 2590 performance!

After Iniyan became a GM, Vishy wished him personally as well as on Twitter:

Congrats and welcome to No. 61 ! GM. Iniyan!In 1987 we were all wondering if we would have a GM and we closely watched each other in trying to get there first. Now it seems every other month we have a GM !!

And you pioneered it Anand. You started this revolution.