Nihal Sarin asserted his dominance in the Blitz as he scored 9.5/14 to win the Biel GMT Blitz 2021. He moved to the third spot with 24 points. Alekseenko also has the same score. The GMT overall leader Gata Kamsky is still in the lead 25.5 points, despite having a difficult Blitz event. Only three rounds left in the GMT Classical event. Since the score for a win is four points, Nihal can still win the entire event. He is yet to win a single game in the Classical segment. His last three opponents are - Keymer, Kamsky and Lagarde. To win the entire tournament, Nihal would need to win at least one game, two wins puts him in a good position for the championship. Today is a rest day for the GMT. MTO Round 6 starts today at 5:30 p.m. IST Photo: Biel Chess Festival

It is well-known that Blitz is Nihal's forte. The GMT Blitz event was Nihal's opportunity to reduce the gap with the leader Kamsky which is exactly what he did by scoring 9.5/14 in the Blitz and finished a half point ahead of Alekseenko. Lagarde, Keymer and Gelfand shared the third place with a 50% score 7.0/14. Kamsky had a tough blitz as he missed a lot in the time scramble. He only managed to score 6.0/14. 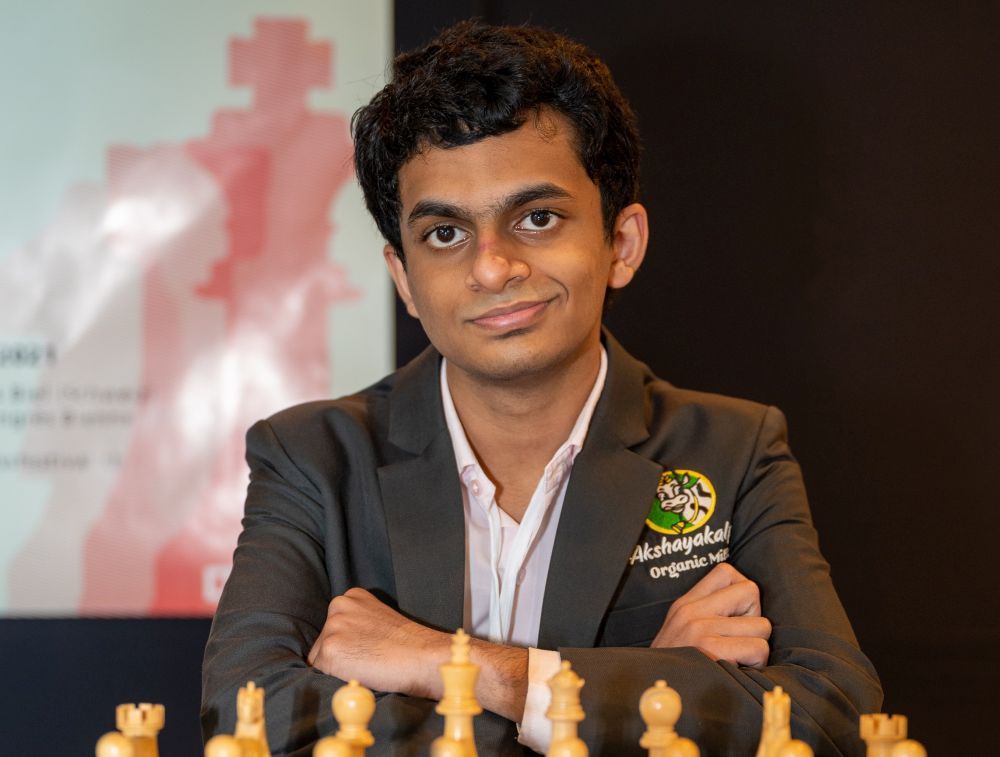 Nihal swindled Keymer in the endgame as he completely turned things around in his favor and won the game.

The endgame was heading towards a draw until Nihal blundered and Gelfand won the game with ease. 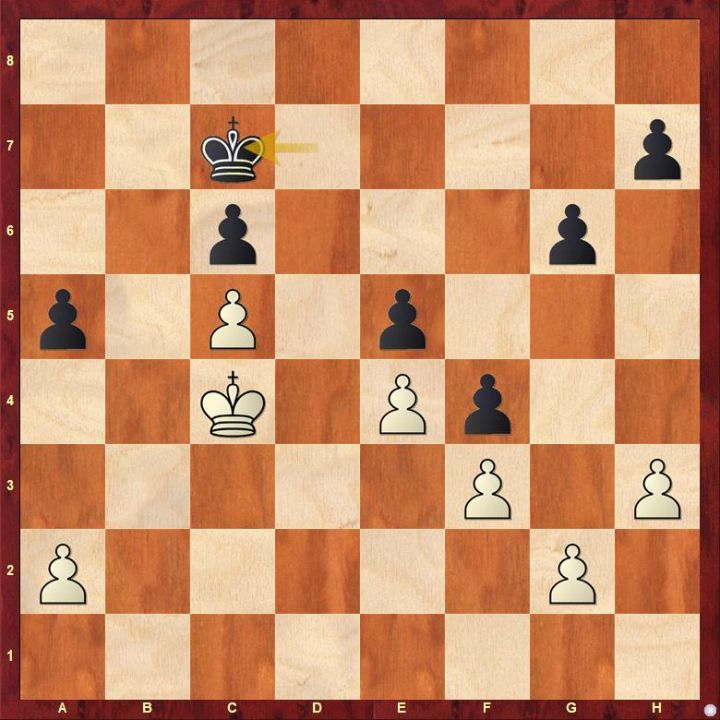 Find out the correct continuation for White to make it a draw.

Nihal played the endgame brilliantly as he capitalized on his opponent Pichot's mistake and converted it into a win. 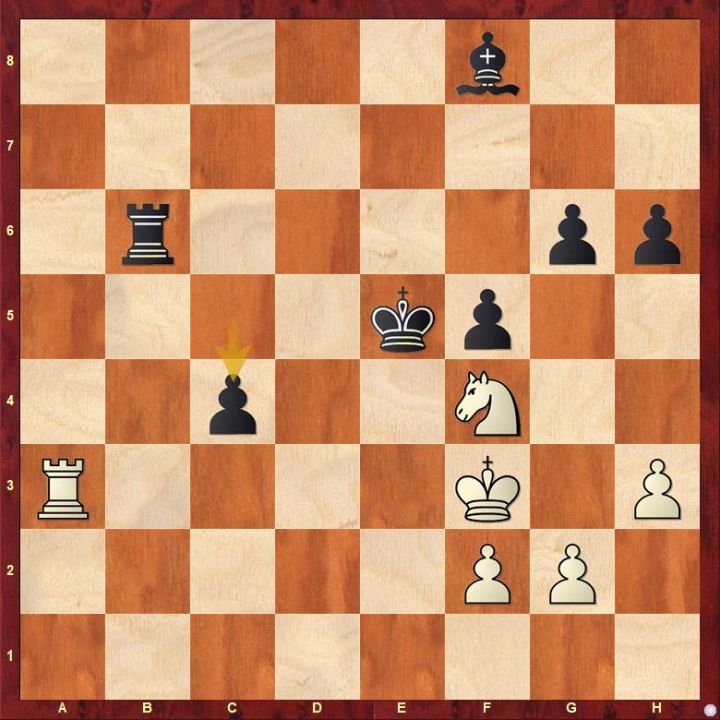 The game continued 51.Ra5+ Kd4 and Black went on to win the game. Find out the better continuation for White. 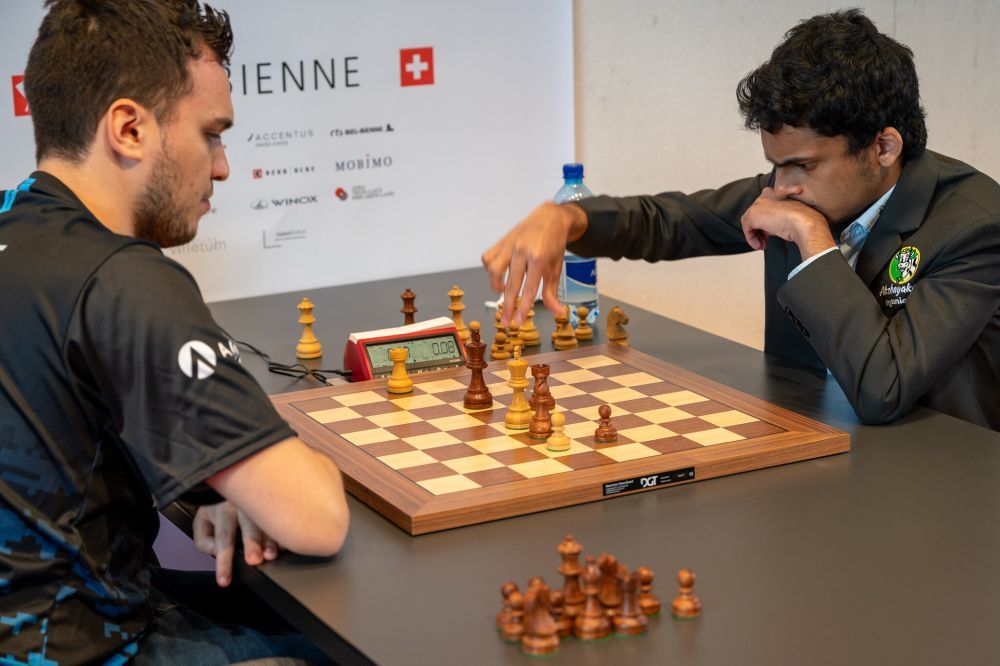 Nihal defeated Lagarde in an interesting back and forth game.

Nihal scored his first win over Kamsky in the Biel GMT as the latter blundered in the final moments of the endgame. 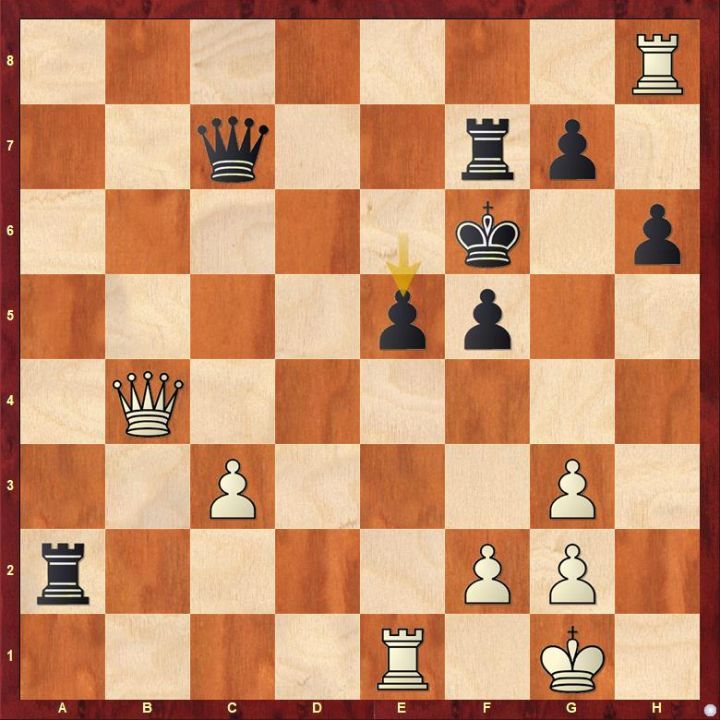 Black needed to play 36...Ra6 and everything would have been fine. 36...a5 turns things in White's favor. Find out the winning continuation.

Nihal avenged his third round loss against Gelfand. 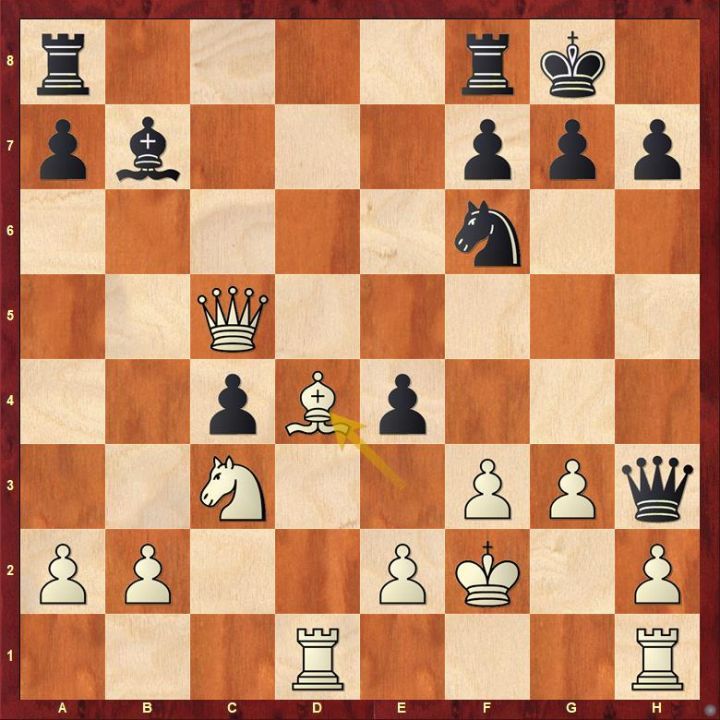 Find out the winning continuation for Black in the above position.

Pichot went wrong early in the opening and he could not make a comeback for the rest of the game. 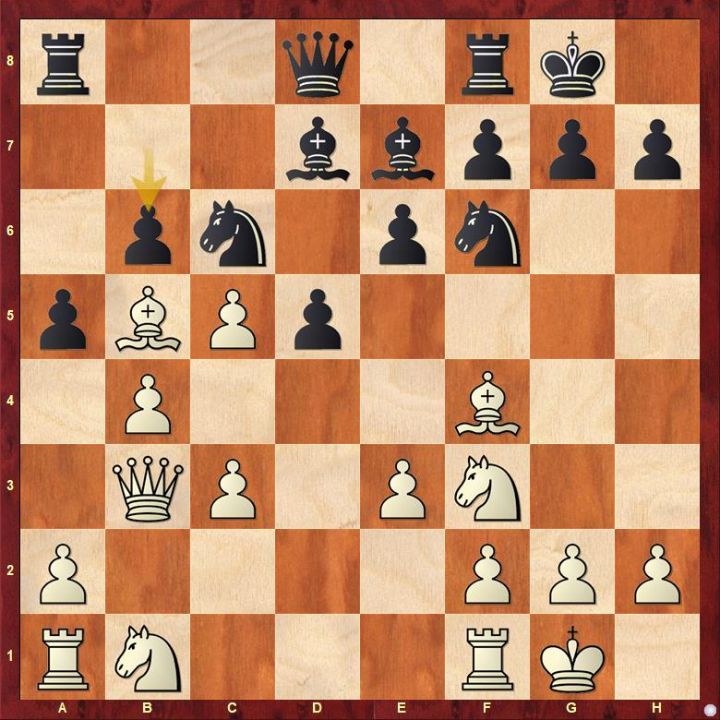 This started becoming exponentially difficult for Black after 11.Bxc6 Bxc6 12.b5 a4 13.Qb2 Be8 14.c6 and White won the game in another nine more moves.

Nihal's attack proved to be overwhelming for his opponent Studer. 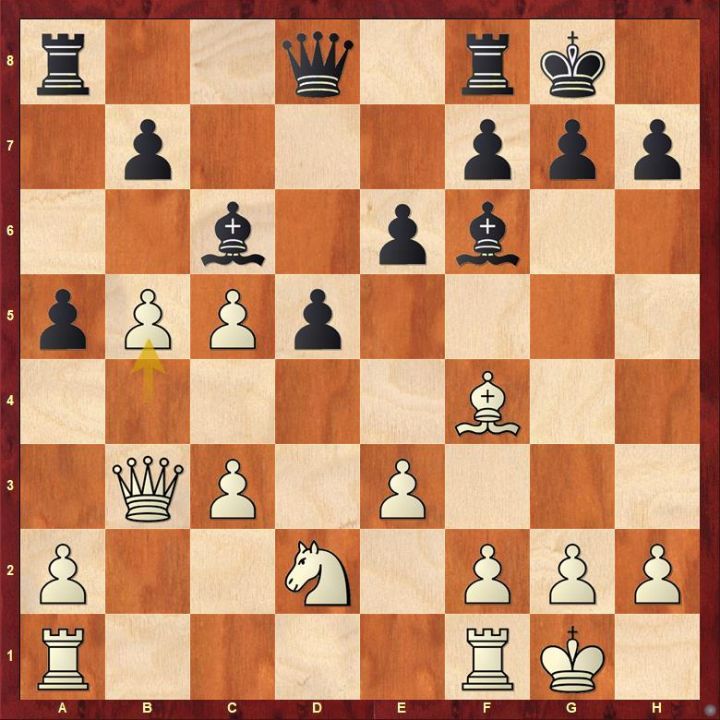 Pichot finished his Blitz event with a beautiful combination. 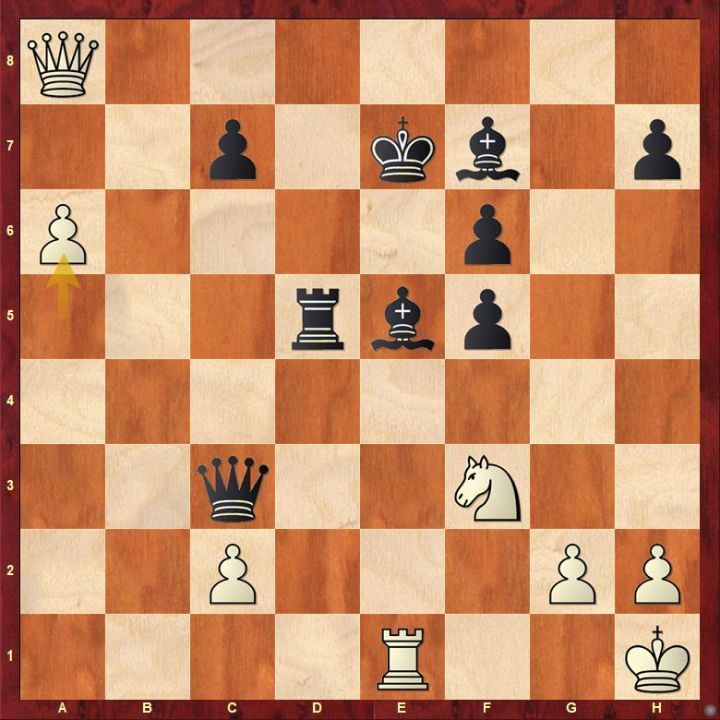 Find out the winning combination for Black in the above diagram.

Here are a few interesting finishes from the GMT Blitz 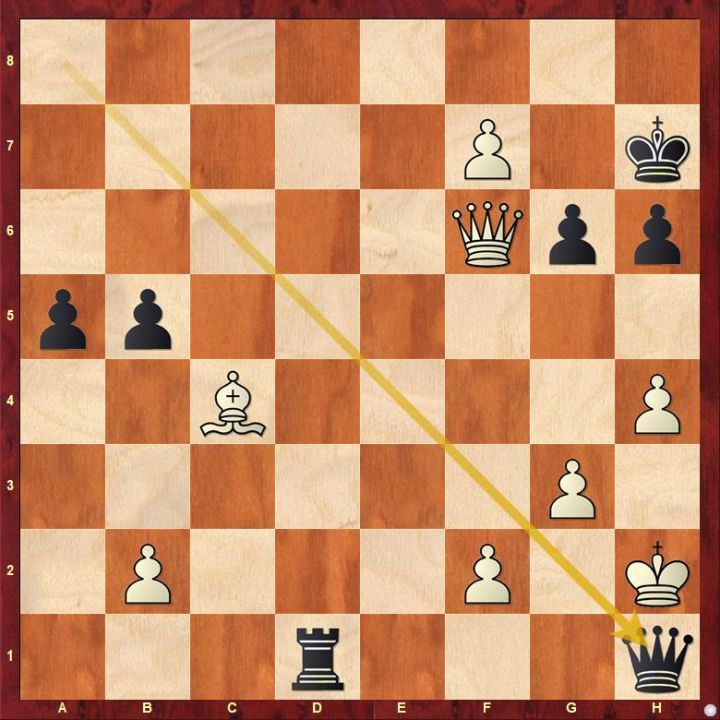 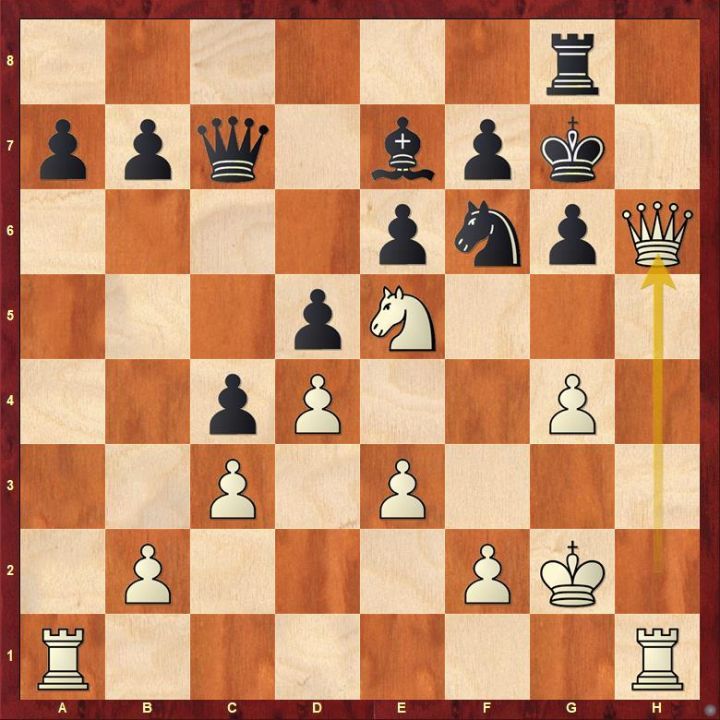 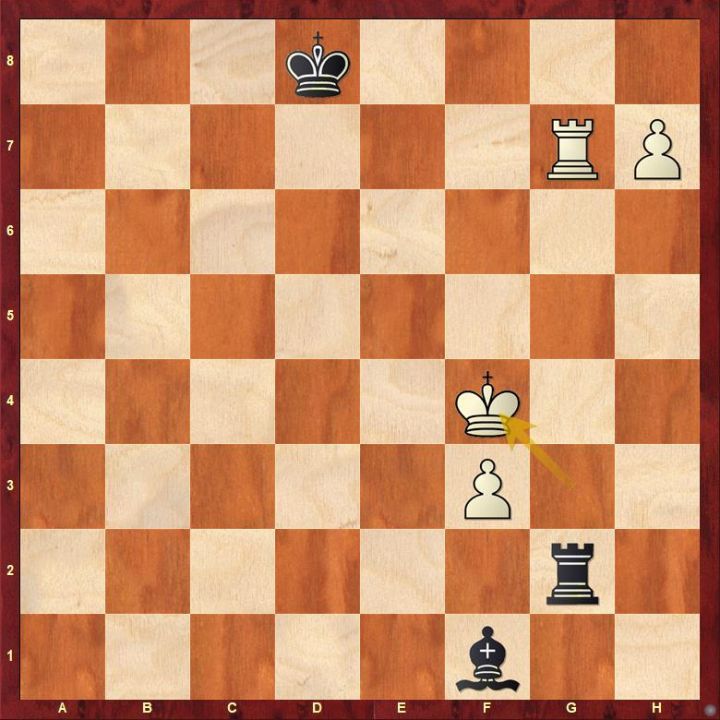 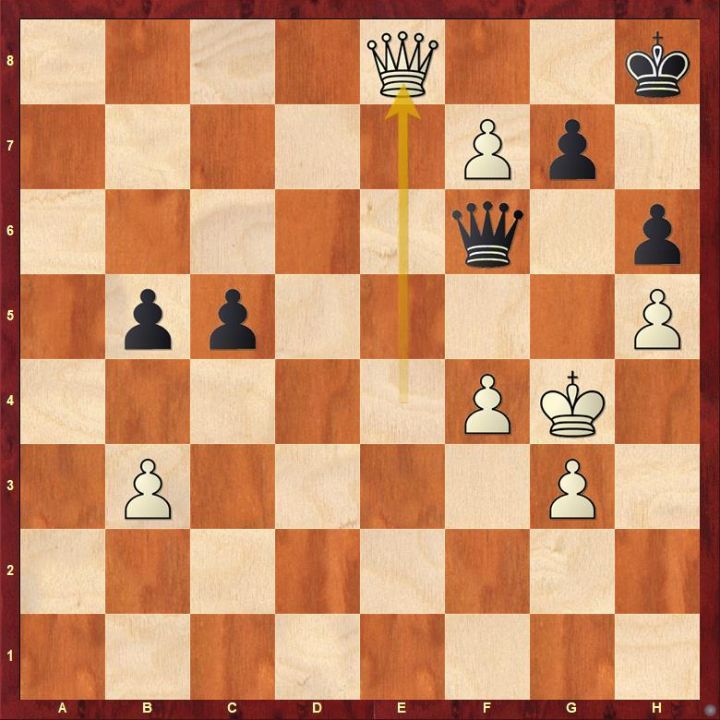 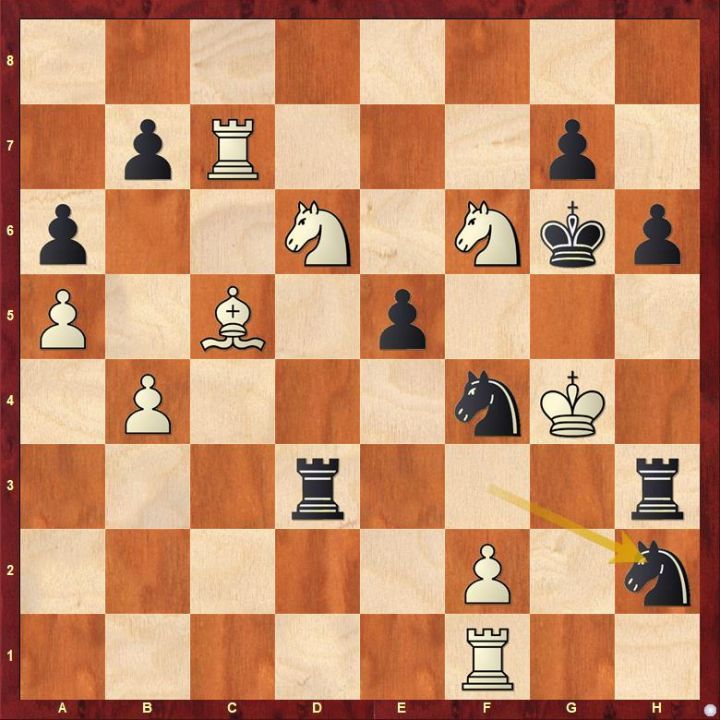 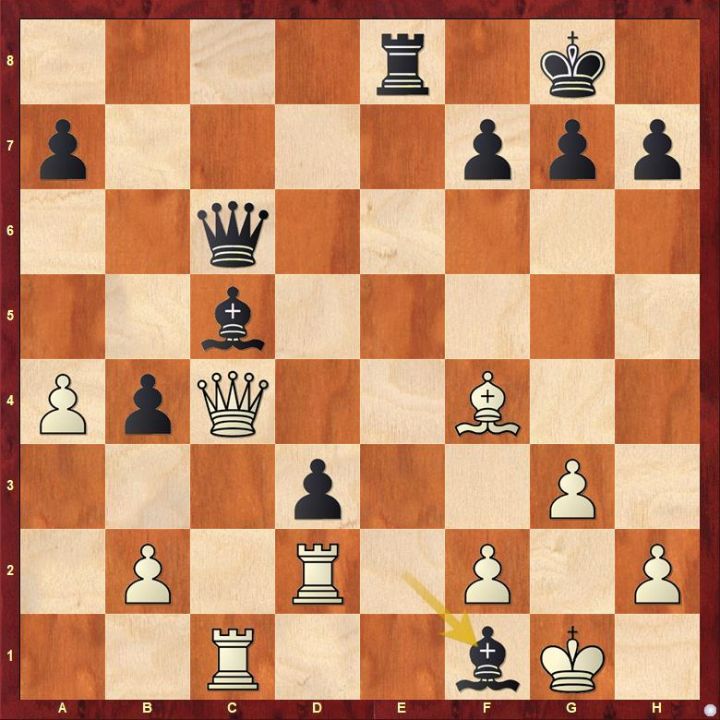 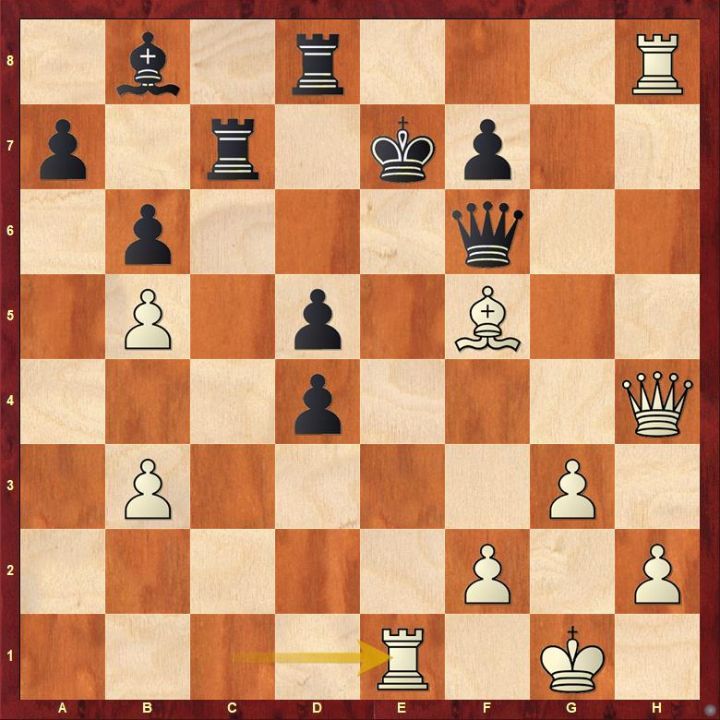 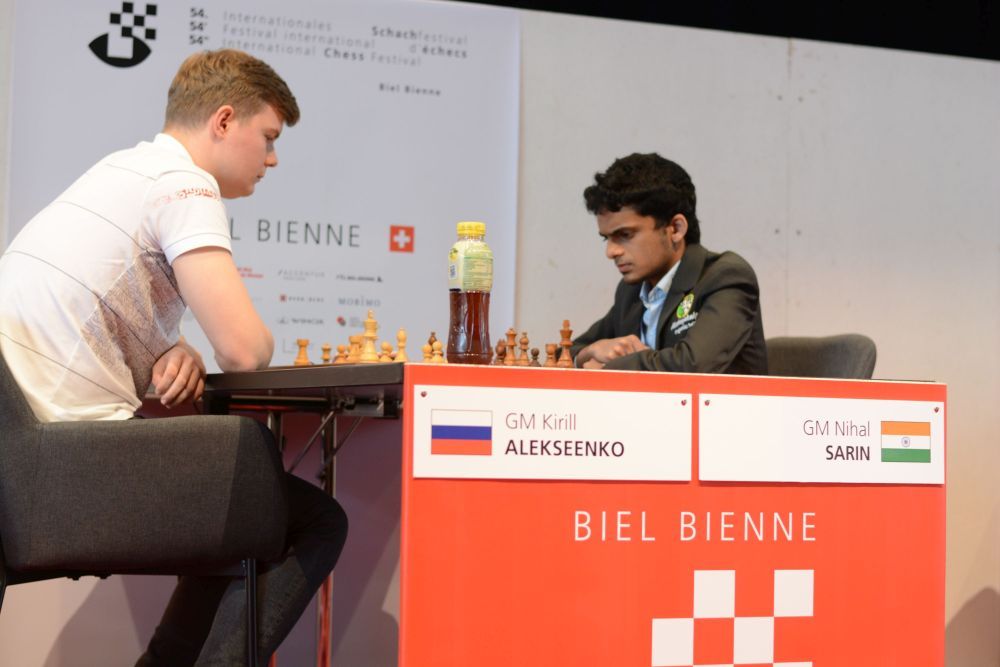 Both Nihal and Alekseenko have scored 2.5 points against each other in the festival | Photo: Biel Chess Festival 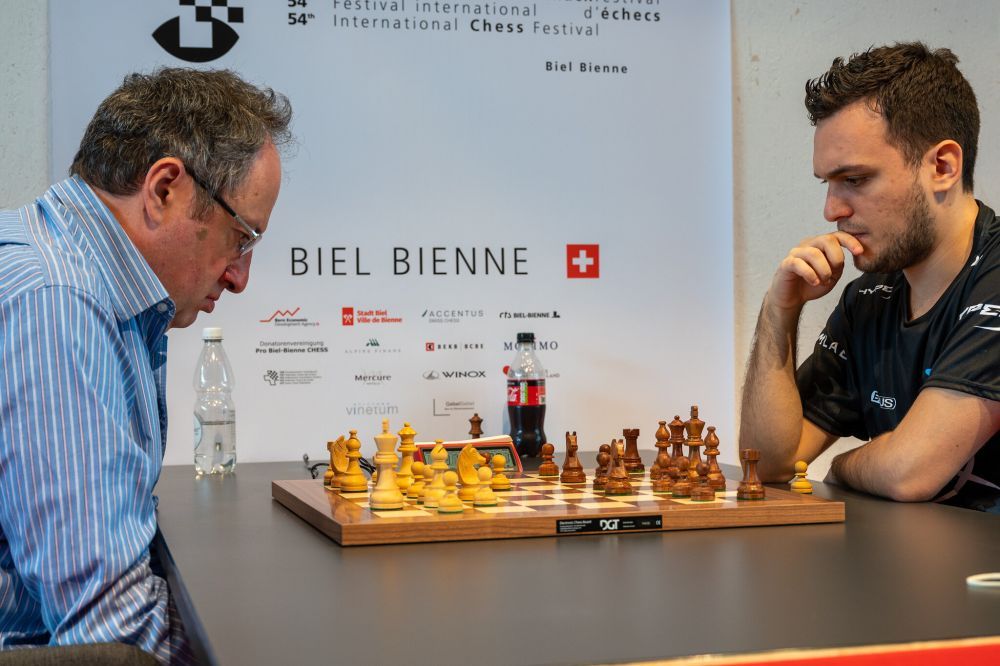 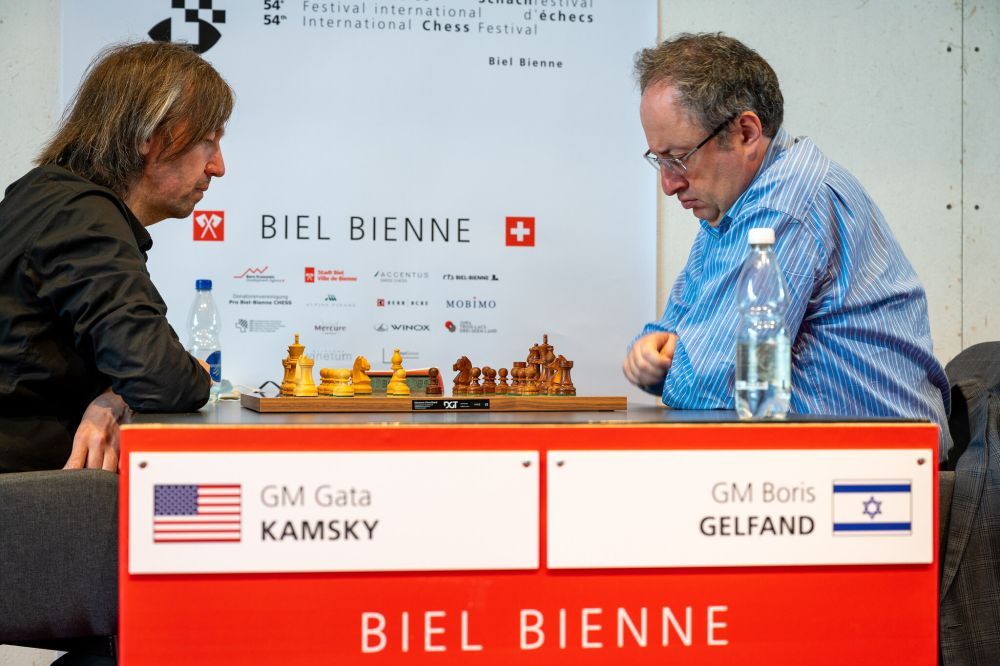 Gelfand got the better of Kamsky 3-2 in this event | Photo: Biel Chess Festival 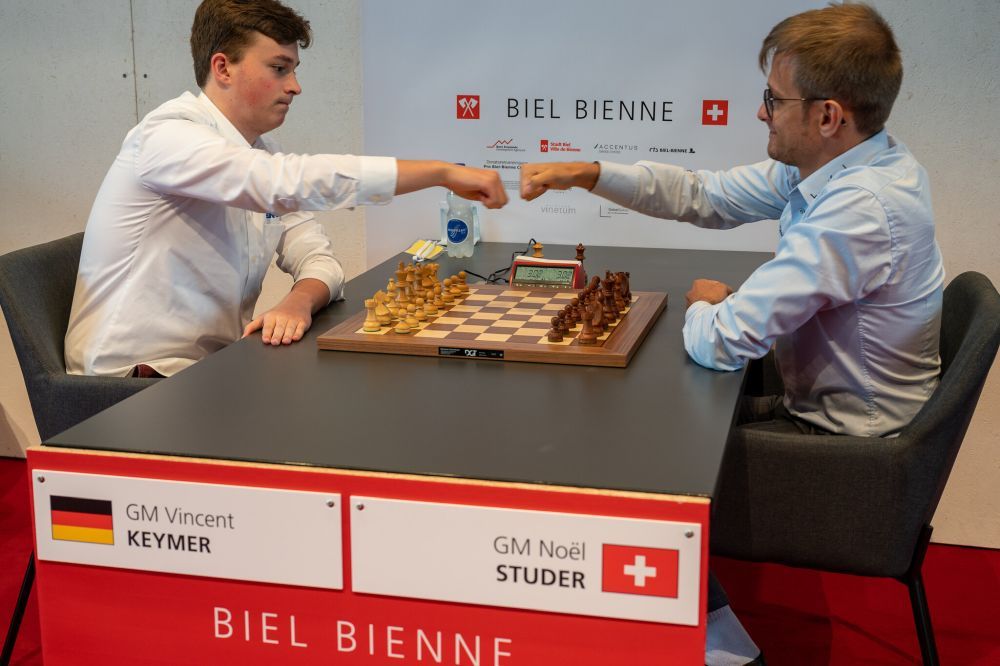 Keymer has 3-1 over Studer with one more Classical game to go | Photo: Biel Chess Festival 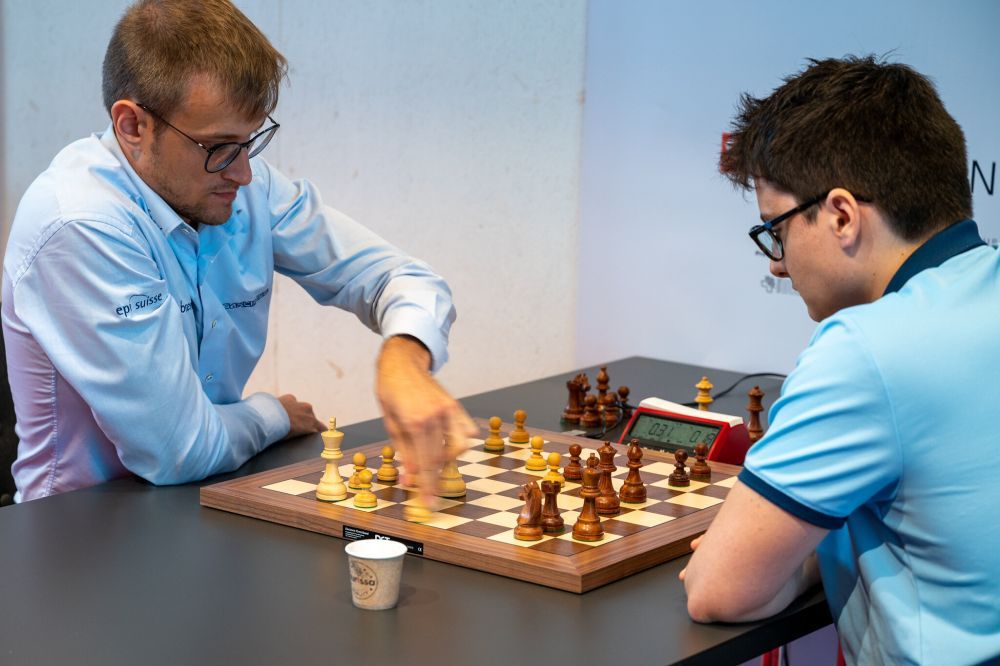 Studer-Lagarde scored 2.5 points each against each other | Photo: Biel Chess Festival 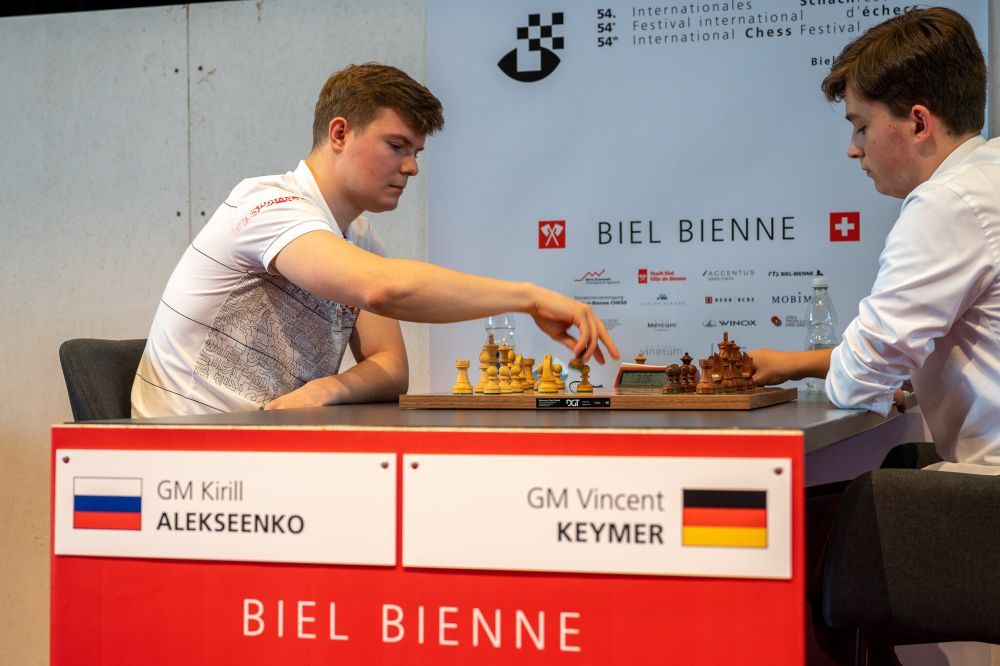 Alekseenko got the better of Keymer 3.5-1.5 | Photo: Biel Chess Festival