Arjun Erigaisi beat fellow countryman Surya Sekhar Ganguly to register his fifth consecutive win in the sixth round to extend his lead by 1.5 points at Tata Steel Chess 2022 in the Challengers section. This win allowed him to break into the World Top 100. For the very first time, India now has eight players among them. Thai Dai Van Nguyen and Rinat Jumabayev are the closest rivals at 4.0/6 each. Vidit Gujrathi drew with Jan-Krzysztof Duda to maintain his lead 4.0/6 in the Masters. Shakhriyar Mamedyarov also drew his game. They are now joined by Magnus Carlsen who defeated Richard Rapport to get into the three-way lead. Round 7 starts today at 6:30 p.m. IST. Photo: Lennart Ootes/Tata Steel Chess Tournament 2022

Magnus Carlsen joins Vidit and Mamedyarov in a three-way lead

The sixth round had six decisive games in total. Magnus, Karjakin and Giri were the victors in the Masters section, Arjun Erigaisi, Lucas van Foreest and Max Warmerdam in the Challengers. Anish Giri's win against Fabiano Caruana was arguably the most exciting game of the day. 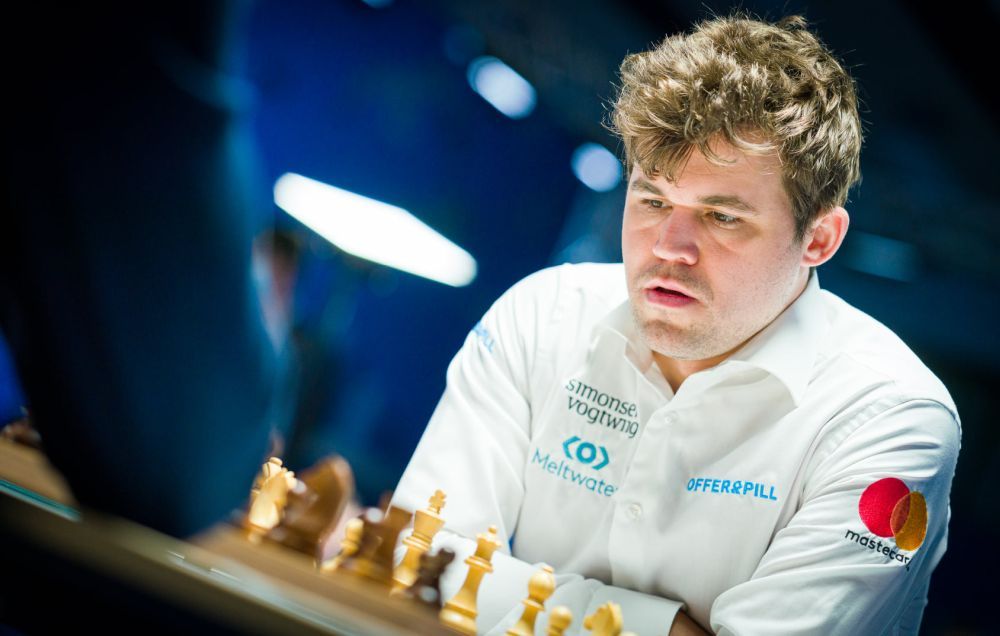 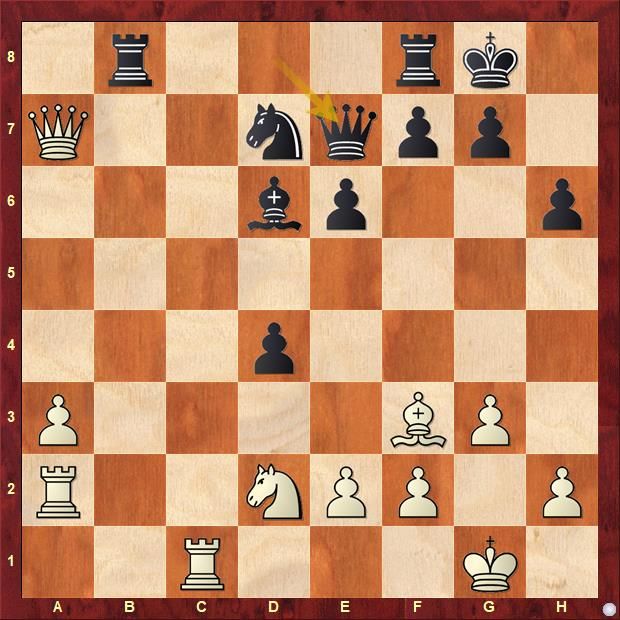 Black deciding to give up the d4-pawn for no compensation was not the correct idea. Magnus in the post-match interview also mentioned that there is not much for Black to go on after giving up the d-pawn, flank pawns are dangerous in general anyway. Instead, 20...Ne5 was a better alternative. 20...Qe7 21.a4 Rfd8 22.Qxd4 Rb4 23.Qc3 Nb6 24.a5 Qa7 25.Qe3 and soon the passed a-pawn was instrumental in White scoring the full point.

'I really needed this win after throwing away some opportunities the last round' - Magnus Carlsen | Video: Tata Steel Chess Tournament Vidit Gujrathi is yet to beat Jan-Krzysztof Duda in an over-the-board tournament game. His sole victory was in New in Chess Classic Prelims last year, part of Meltwater Champions Chess Tour 2021. 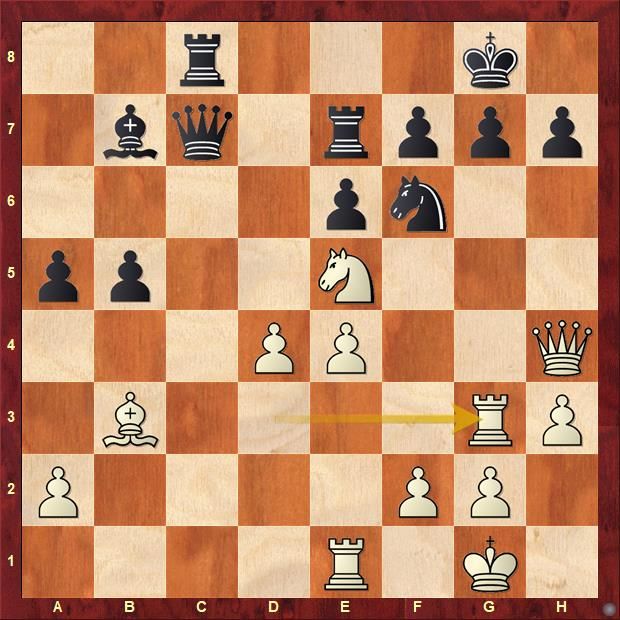 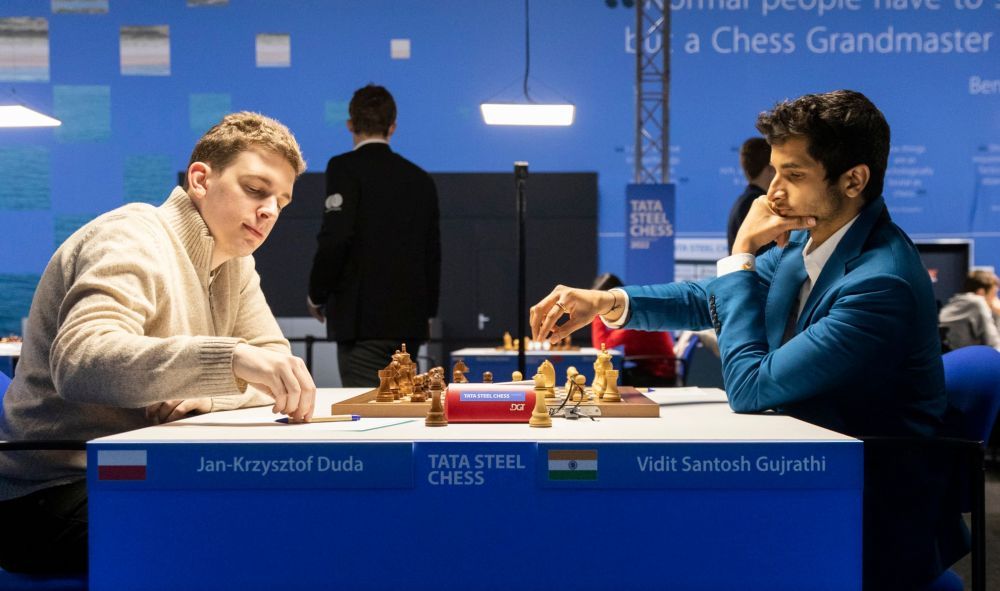 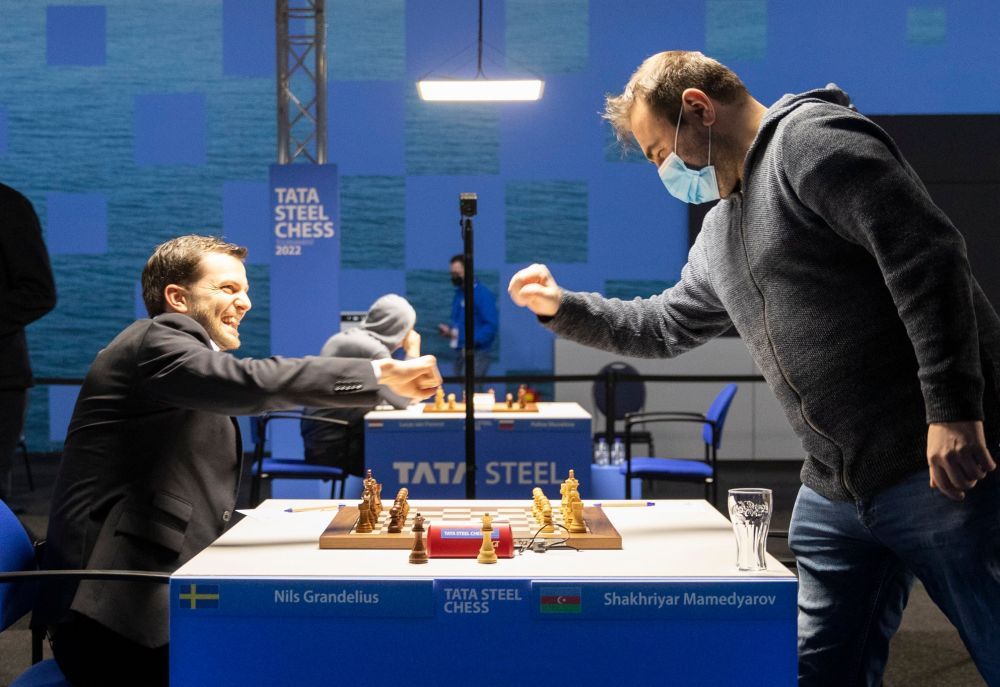 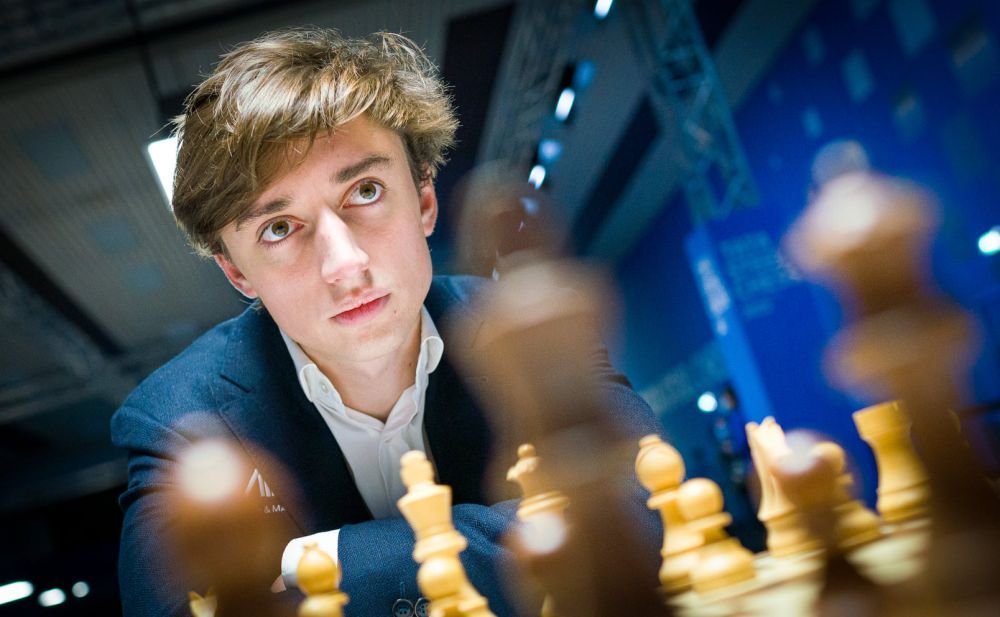 The game between Fabiano Caruana and Anish Giri was probably the most interesting game of the day. It was a complex back and forth encounter. 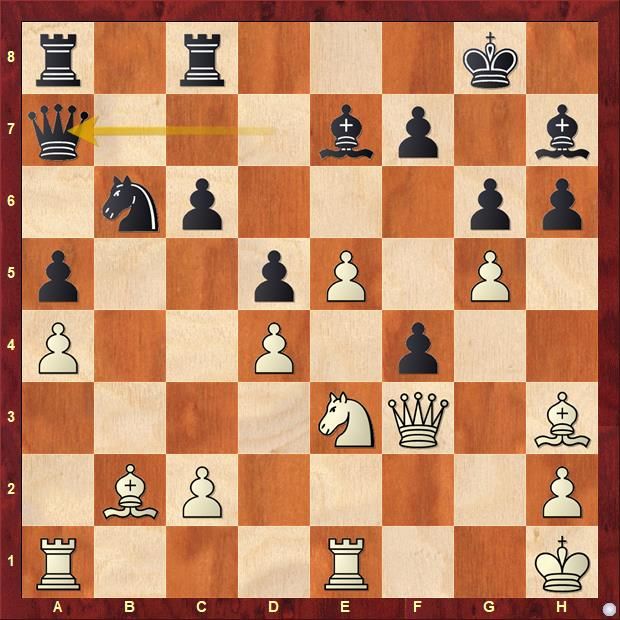 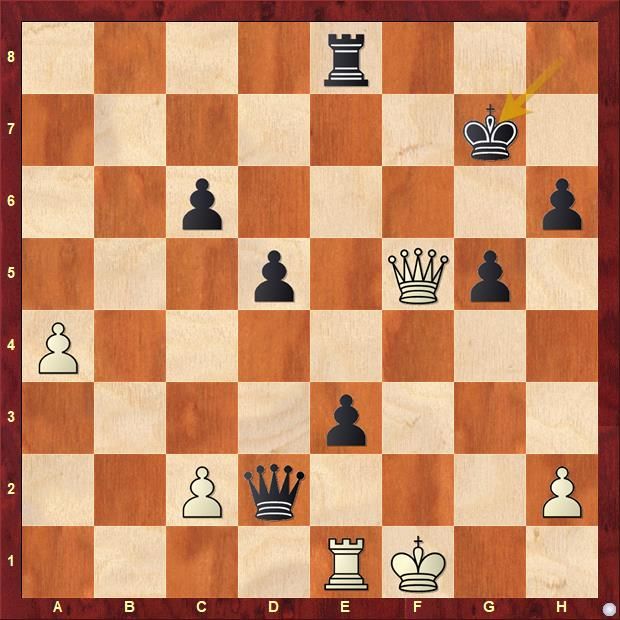 'We were both in huge time pressure and made a lot of mistakes' - Anish Giri | Video: Tata Steel Chess Tournament 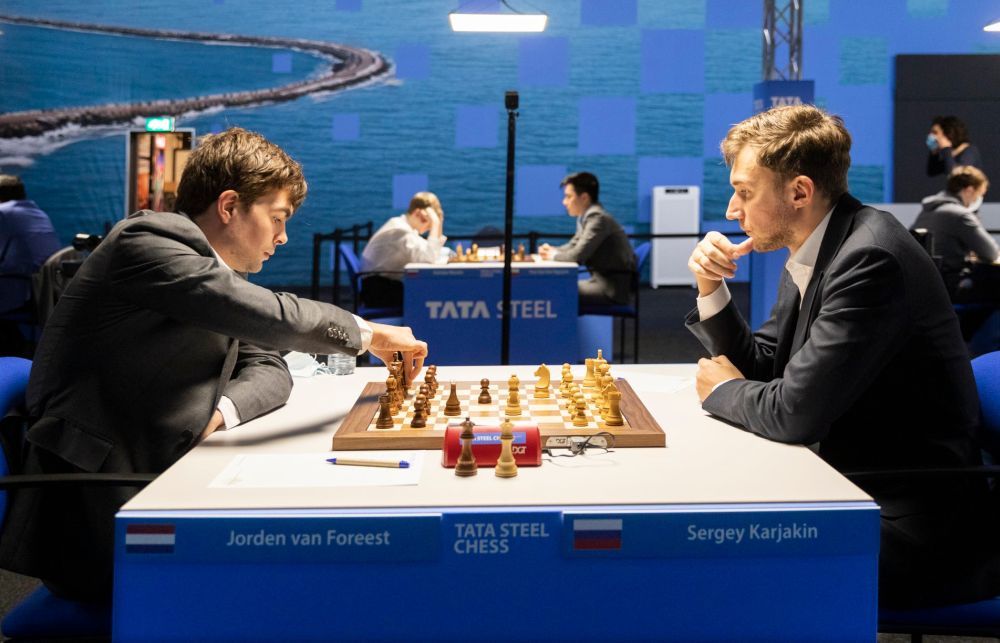 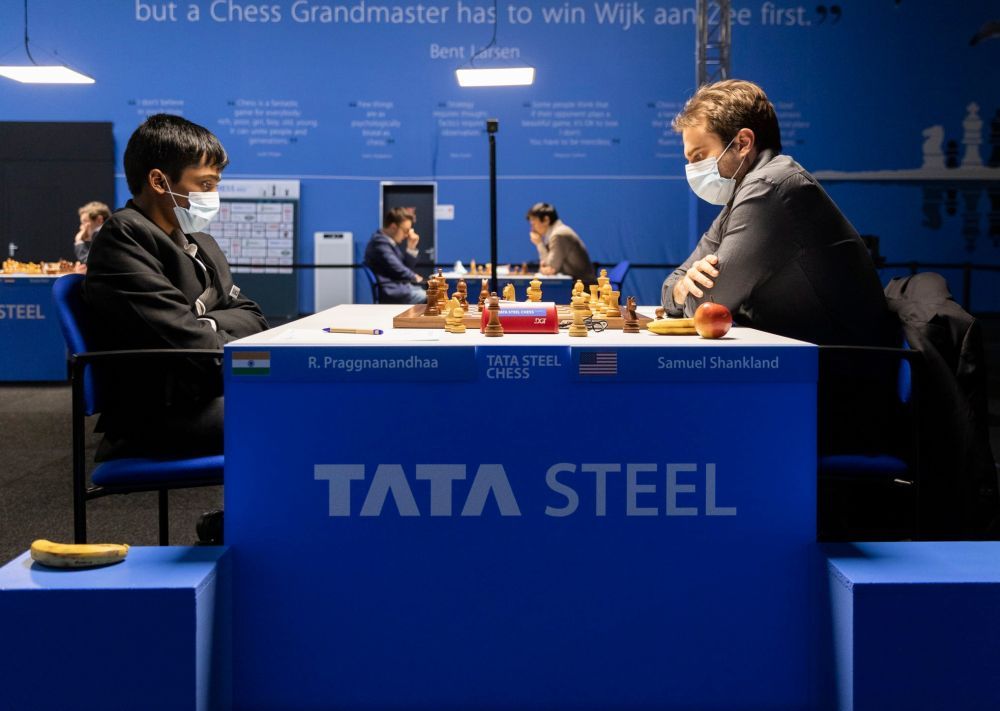 Arjun Erigaisi once again got a pleasant position early in the middle game against Surya Sekhar Ganguly. 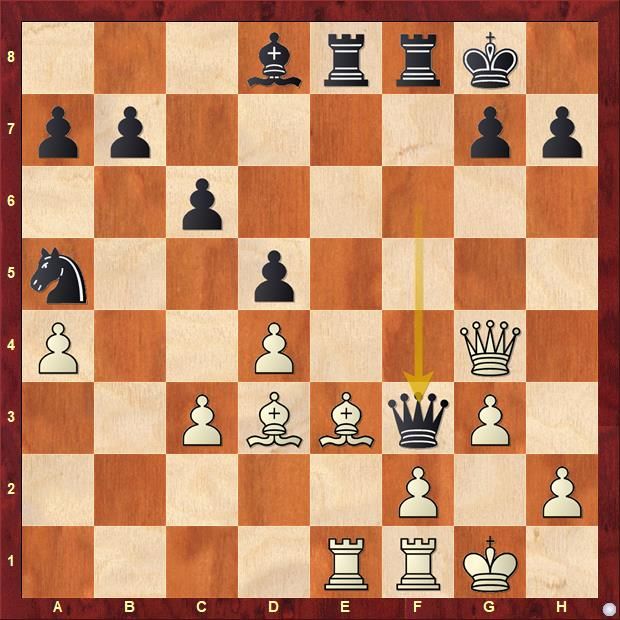 White's bishop pair is evidently deadly, and it is already making some threats on Black's kingside. 22.Qh3 g6 23.Be2 Qf5 24.Bg4 Qf6 25.Bf4 now both bishops have been transferred to better diagonals and it became obvious that White is the one who can convert this into a win.

For the first time in the history of Indian chess, we have eight players in the world top 100 rankings of classical chess. 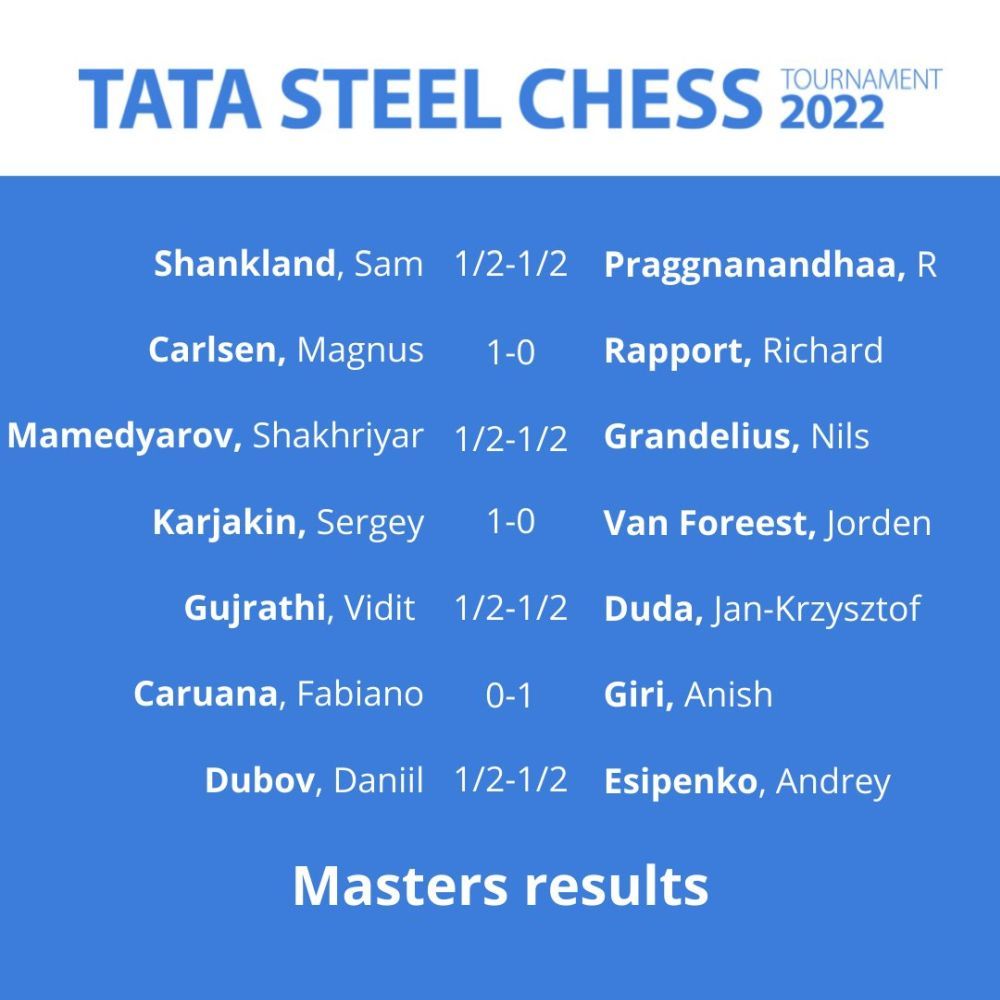 Magmus, Karjakin and Giri were the victors in Round 6 of the Masters section | Photo: Tata Steel Chess 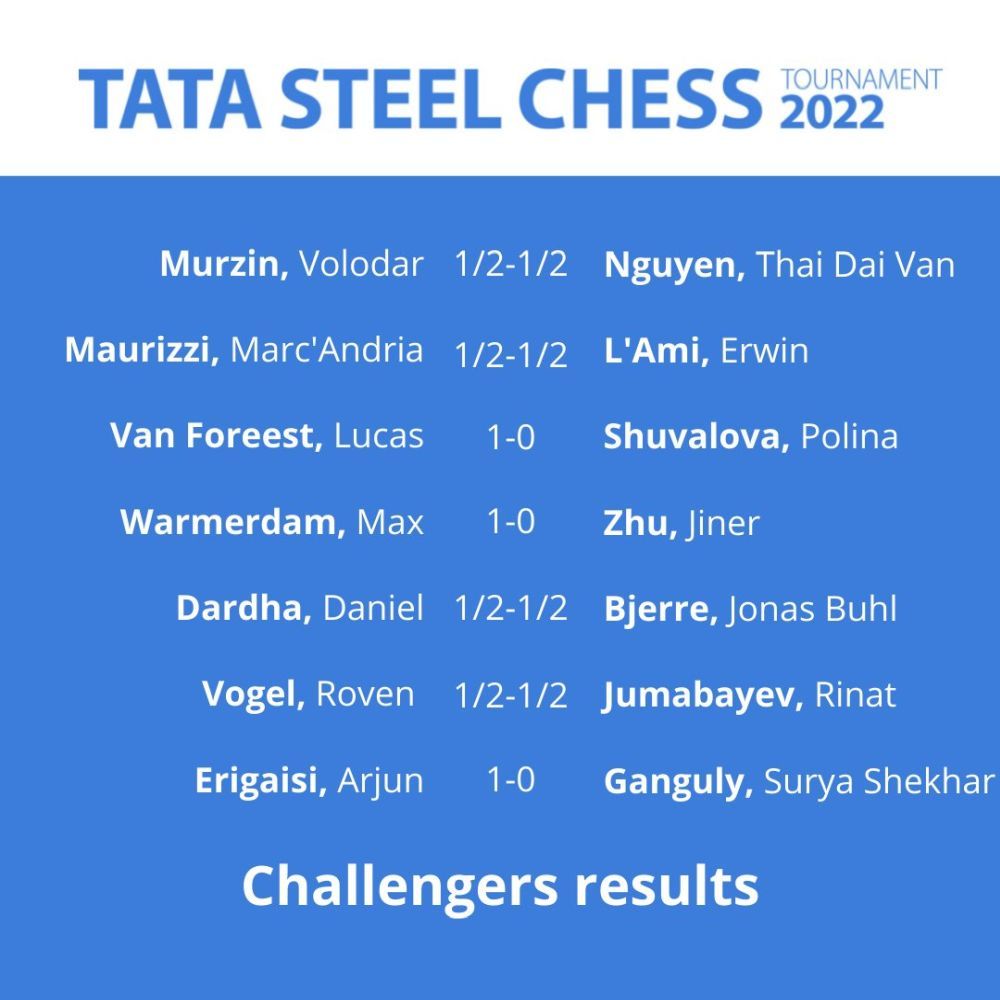 All three decisive games were won by white pieces in Round 6 of the Challengers section | Photo: Tata Steel Chess 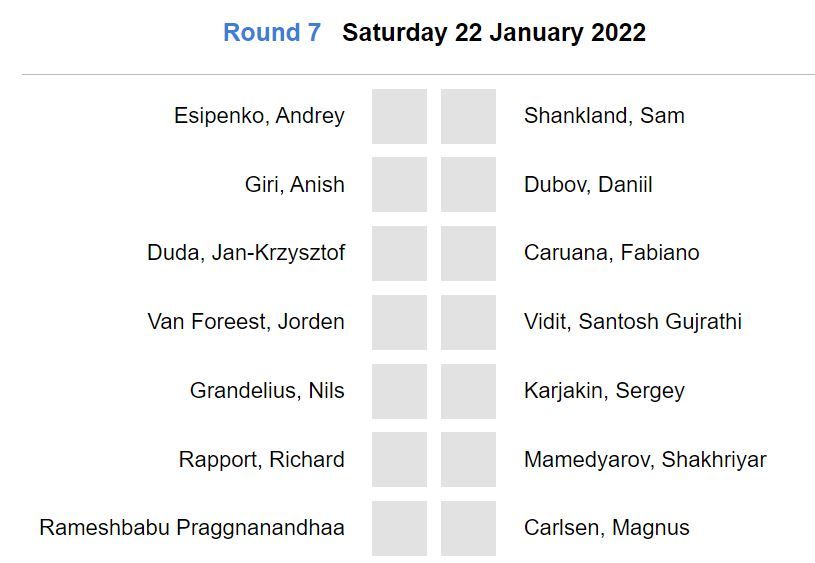 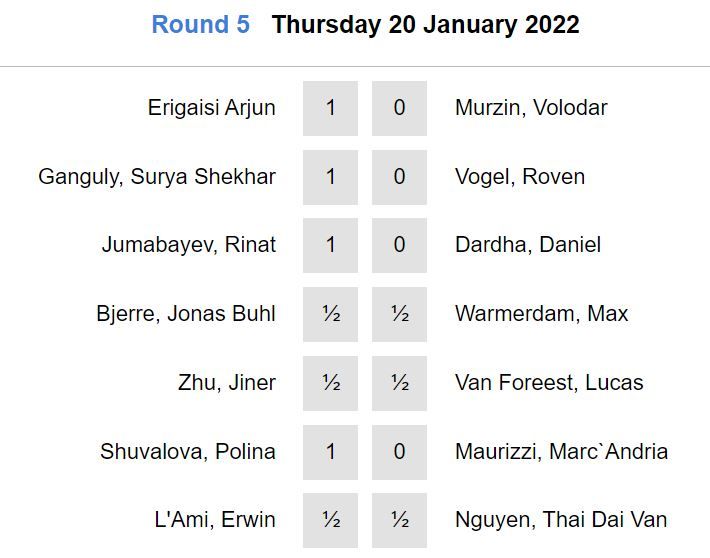 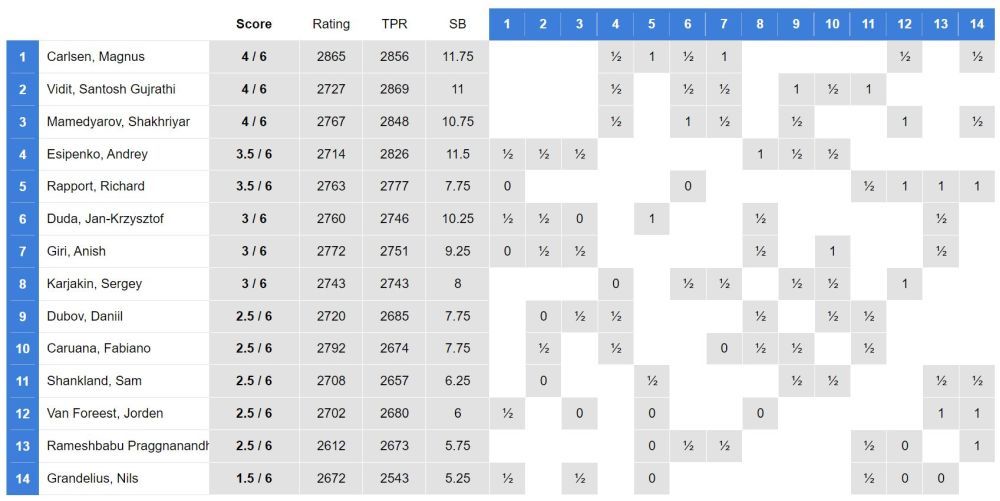 Carlsen is back at the top along with Vidit and Mamedyarov 4.0/6 | Photo: Official site