Praggnanandhaa showed his class to the world once again as he beat Vidit Gujrathi in Round 10 of 84th Tata Steel Chess 2022 Masters. Despite suffering three consecutive losses against the likes of Carlsen, Mamedyarov and Karjakin, Pragg reminded his toughness as he bested the India no.2. Magnus drew with Karjakin quickly to maintain his sole lead, 7.0/10. Giri continues his chase, 6.5/10. Rapport scored his first-ever Classical victory against Caruana to move to shared third place with Mamedyarov 6.0/10. Arjun Erigaisi drew with Polina Shuvalova, and Surya Sekhar Ganguly defeated Jiner Zhu. Arjun is still two points ahead of the competition, 8.5/10. Today is a rest day. Round 11 starts tomorrow, Friday 28th January at 6:30 p.m. IST. Photo: Lennart Ootes/Tata Steel Chess Tournament 2022

"Yeah I don't think he is just a sensation at all. He is going to be 2700 very soon. He is by far the best player in the B-group which we have seen for a while now both in Rapid and Blitz. I guess the only surprise is the score he is winning with. He is by far the best player (in the Challengers) and he really plays chess in a way that I enjoy!" The world champion, Magnus Carlsen on Arjun Erigaisi's superb performance at Tata Steel Chess 2022. "You can just sense it that he knows how to play! He has a good tactical eye and he can switch styles very easily. He is very strong!" - Carlsen on why he thinks Arjun will break into 2700 soon or go higher. 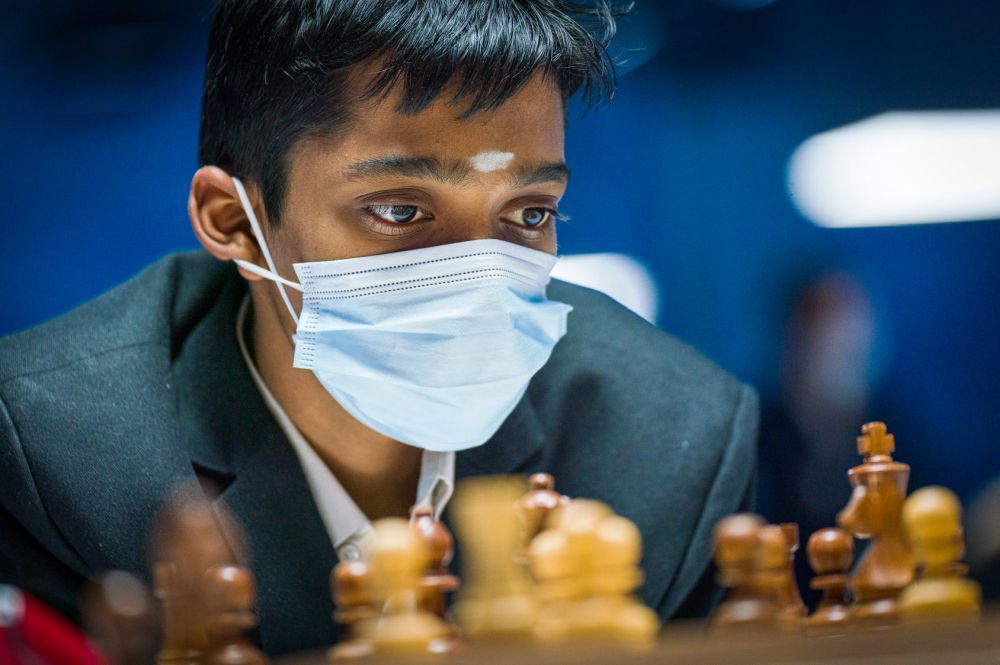 When Praggnanandhaa is given an opportunity, he seizes it. 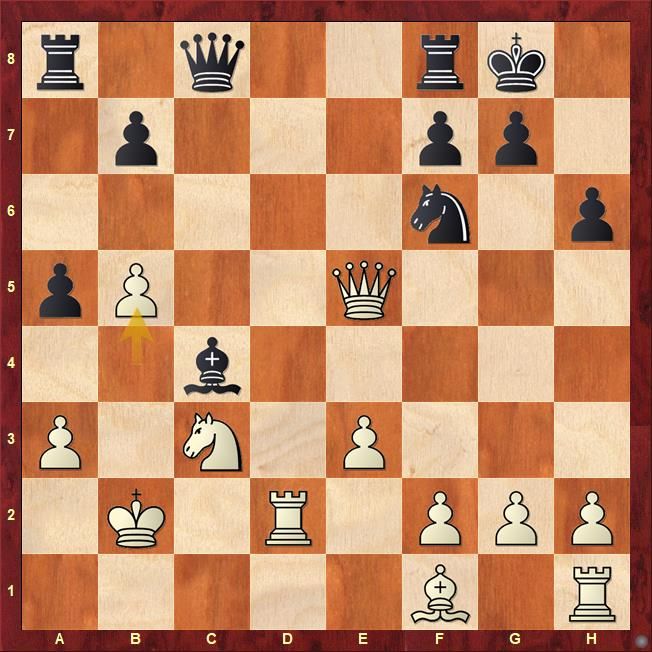 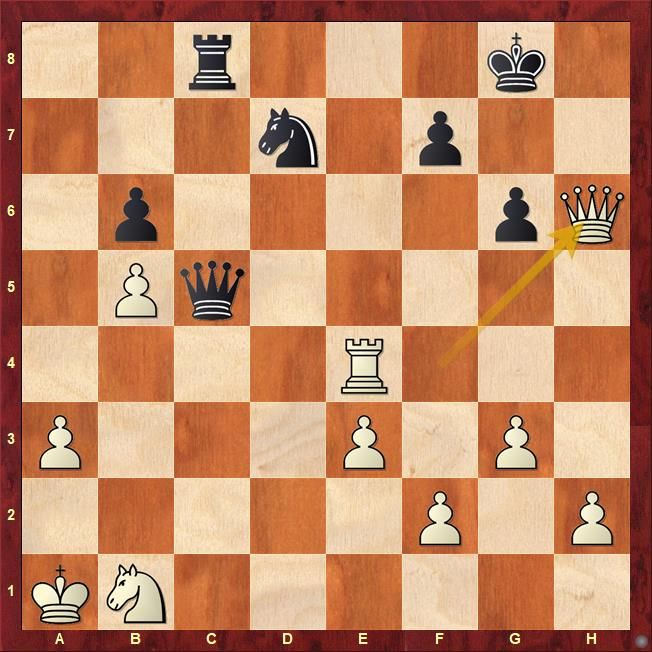 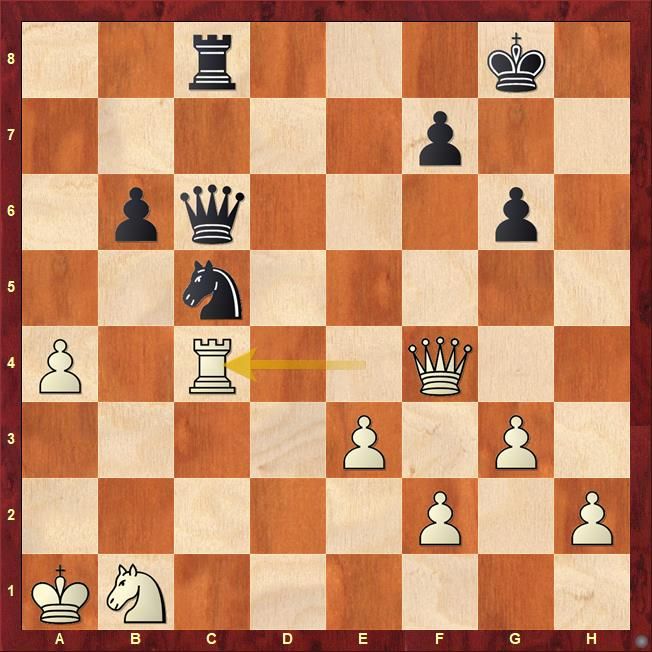 Here 36...Ra8 would have caused a lot of worry for White. Praggnanandhaa probably missed it due to time trouble and opted for 36...Rd8 instead. Even after 37.Rc2 Black could have played 37...Ra8 with the same effect, but he opted for 37...Qh1. The game prolonged and Pragg eventually won the game after another 41 moves.

Sergey Karjakin made a couple of tweets after the game 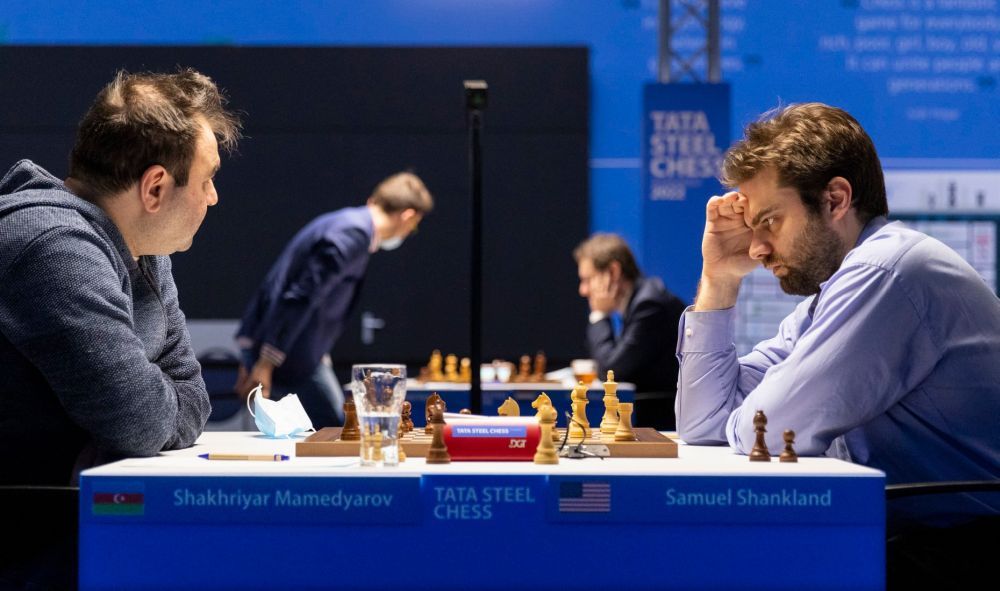 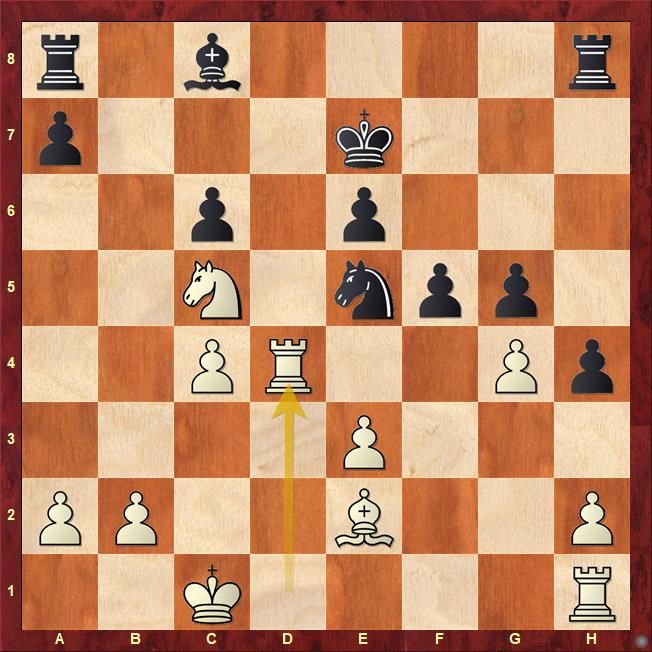 There is a minute difference between 21.Rd4 and Rg1. Rapport correctly spotted it. Find out the difference.

'I think this is my first win in a classical game against Fabiano Caruana' - Richard Rapport | Video: Tata Steel Chess Tournament Daniil Dubov almost managed to avert his first-ever loss against Nils Grandelius in a tournament game. 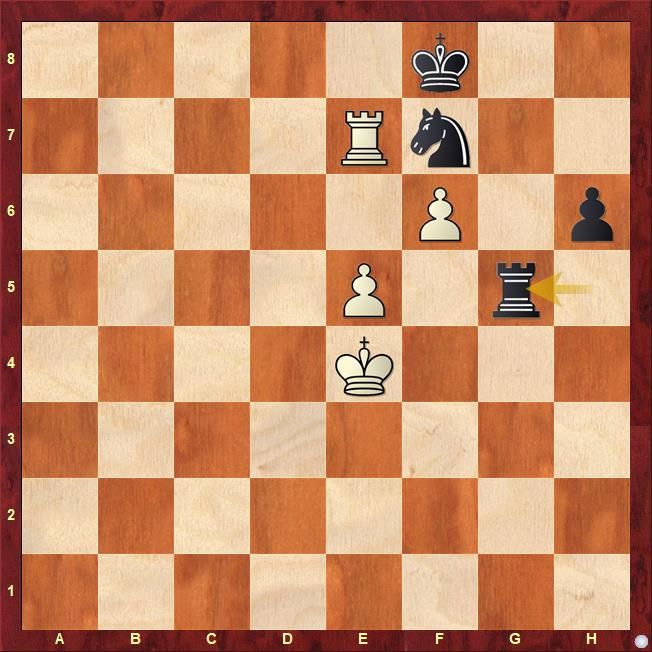 The game can still be saved after 75...Rg5 due to White having connected passed pawns on e5 and f6. However, 76.Kf4 brought an end to White's chances as Black found the winning move 76...Nh8! 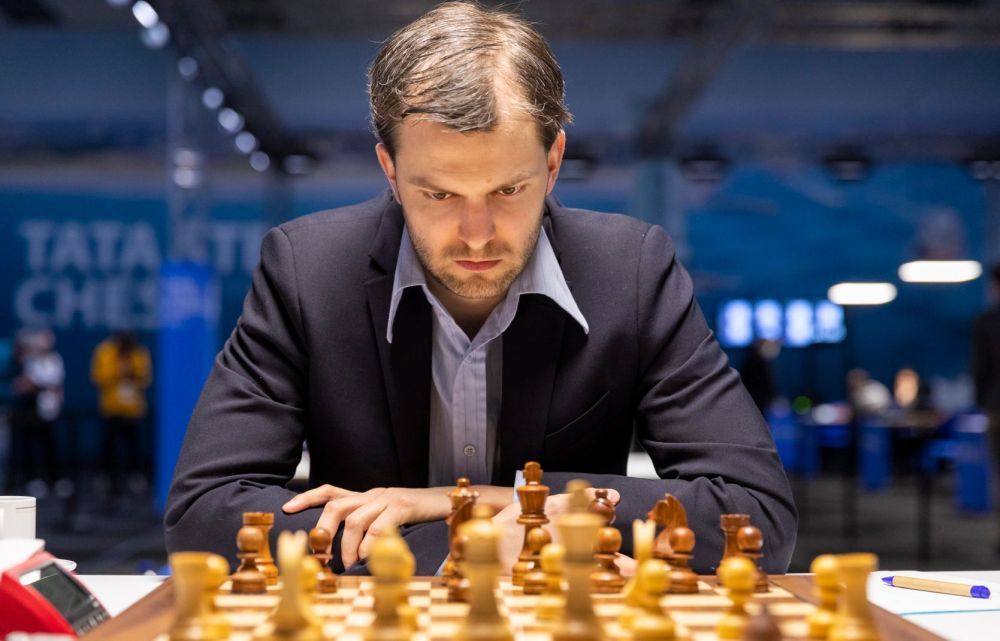 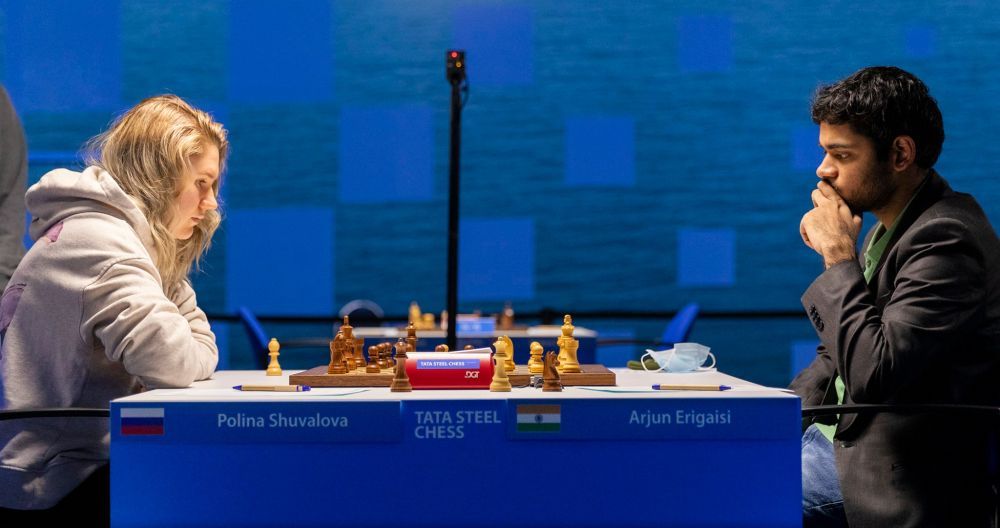 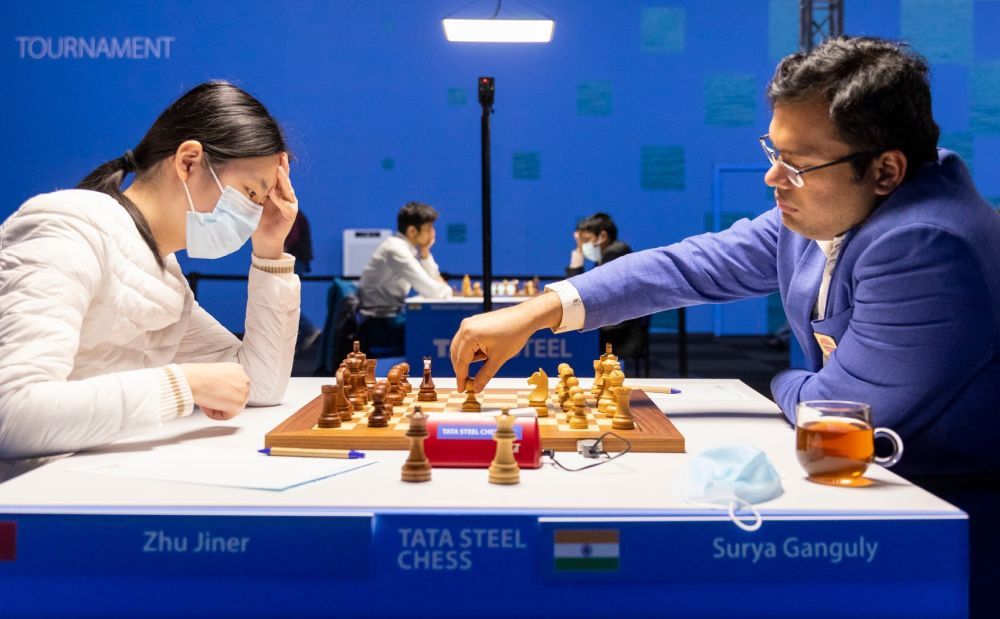 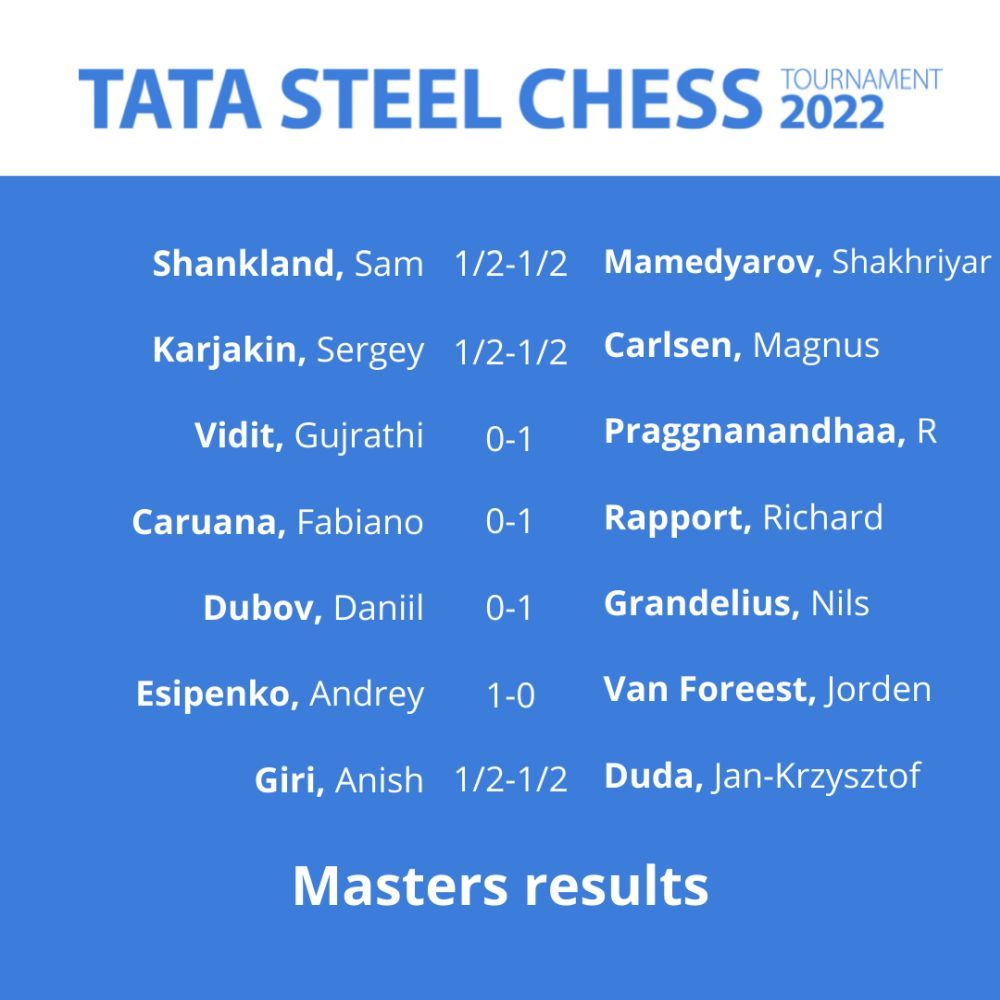 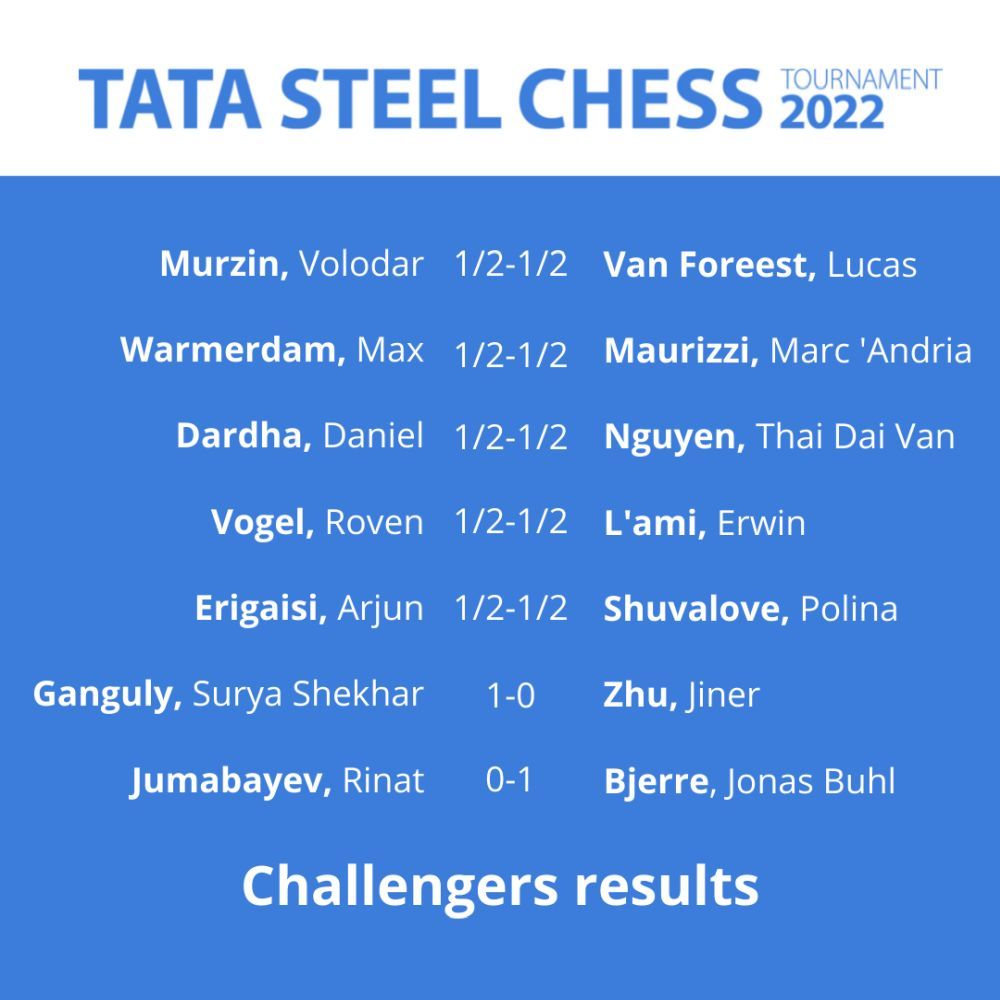 Surya and Jonas scored the decisive wins in Round 10 of the Challengers section | Photo: Tata Steel Chess 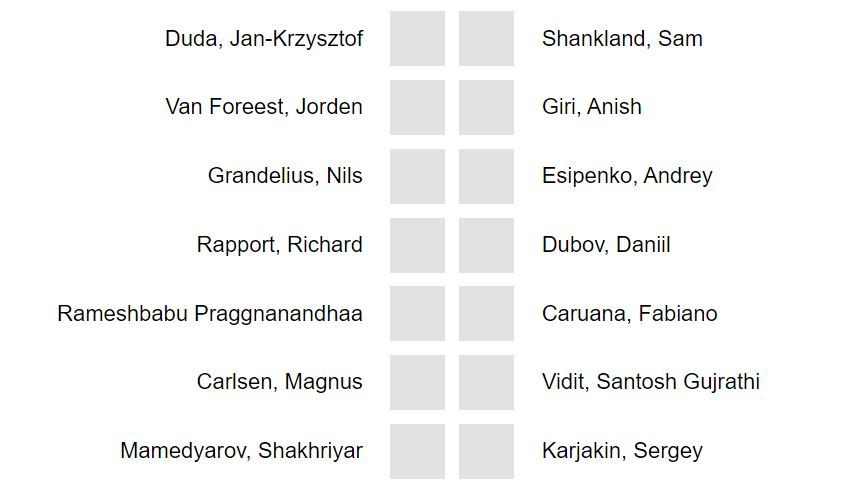 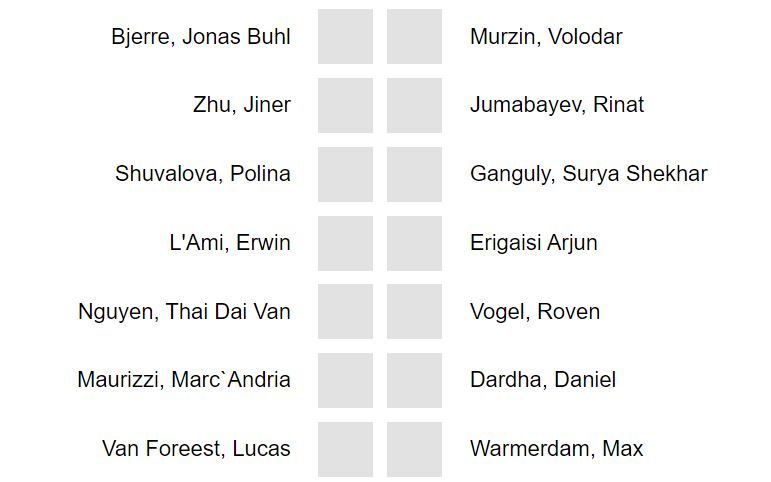 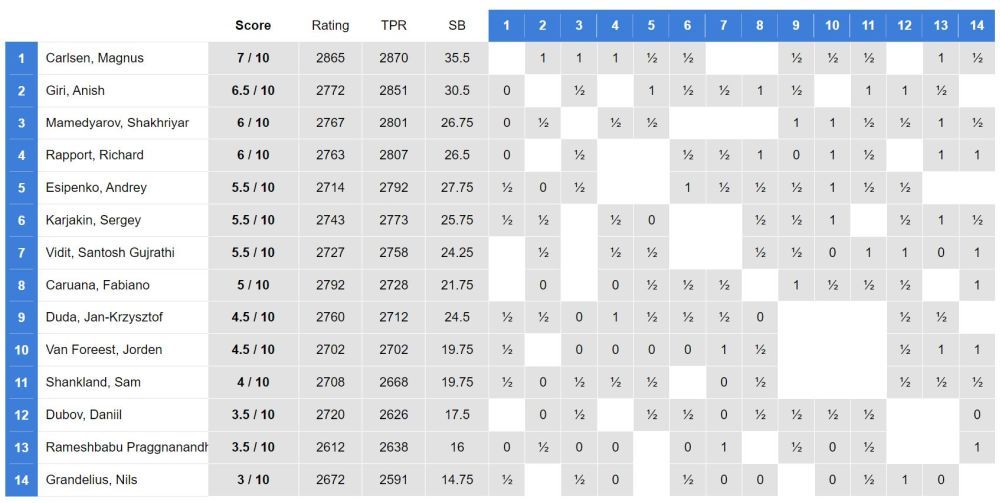 Arjun Erigaisi is still two points ahead of the field 8.5/10 | Photo: Official site