Bangladesh Police shows no sign of slowing down as they scored their second whitewash in Round 7 of Mujib Borso SAIF Powertec Premier Division Chess League. Bangladesh Navy suffered their third consecutive loss and fourth overall loss of the event. SAIF Sporting Club maintained their second position 10.0/12 as they beat Titas Club. Uttara Central regained their third position 8.0/14 with a victory over Sheikh Russel Chess Club. Round 8 is a rest day for Bangladesh Police. Photo: Bangladesh Chess Federation 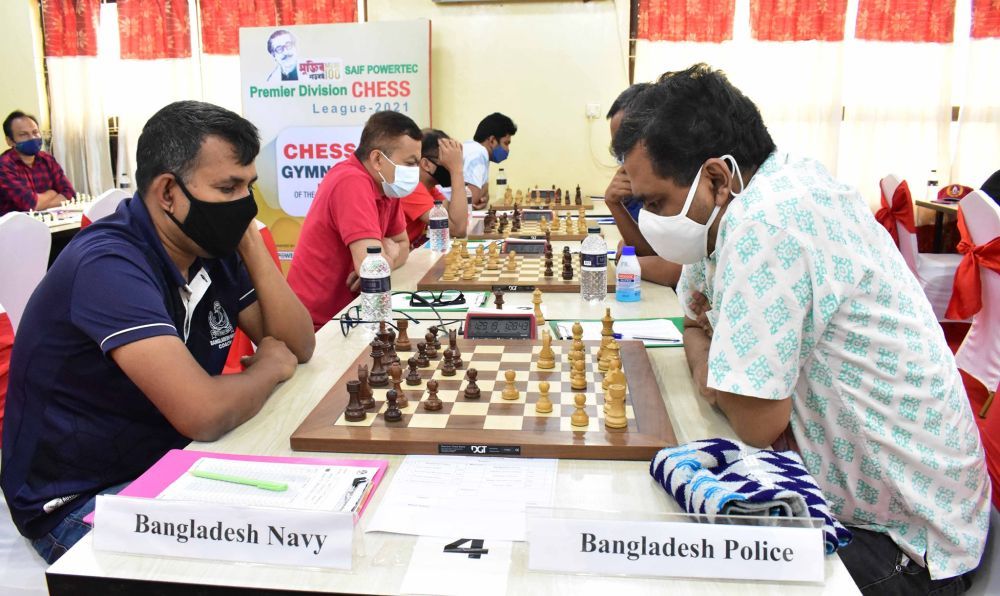 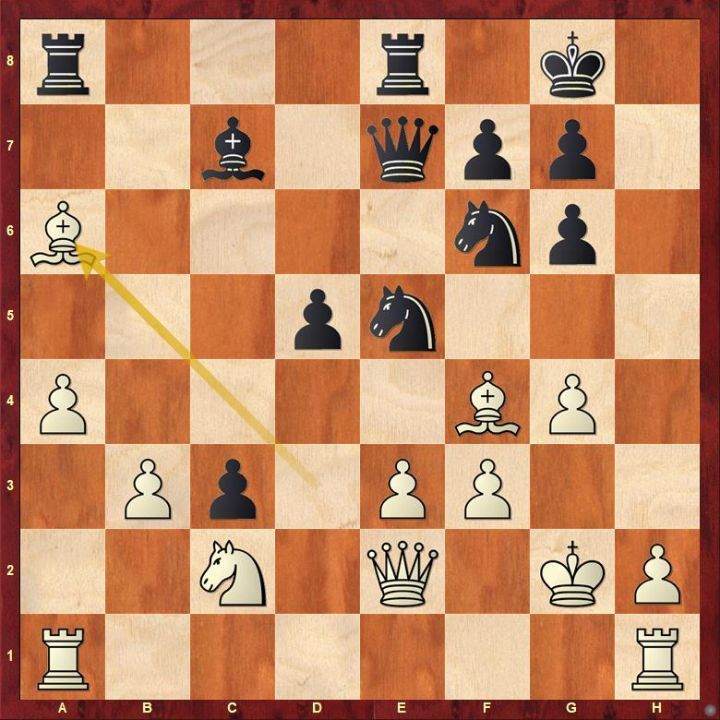 25.Bxa6 is a mistake. Find out the correct continuation for black.

IM Minhaz Uddin got some good chances against GM Raunak Sadhwani but he was unable to seize it. 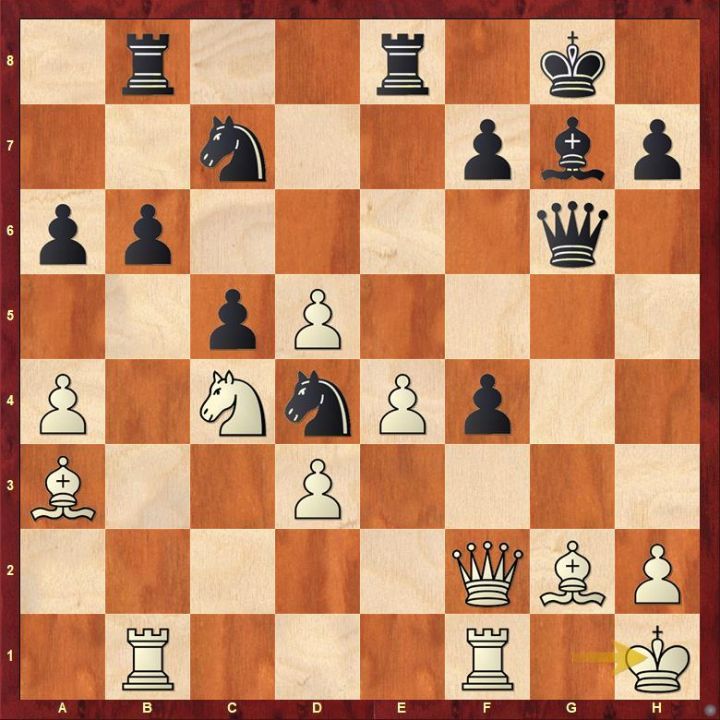 White was forced to play 28.Kh1. What should black do now? 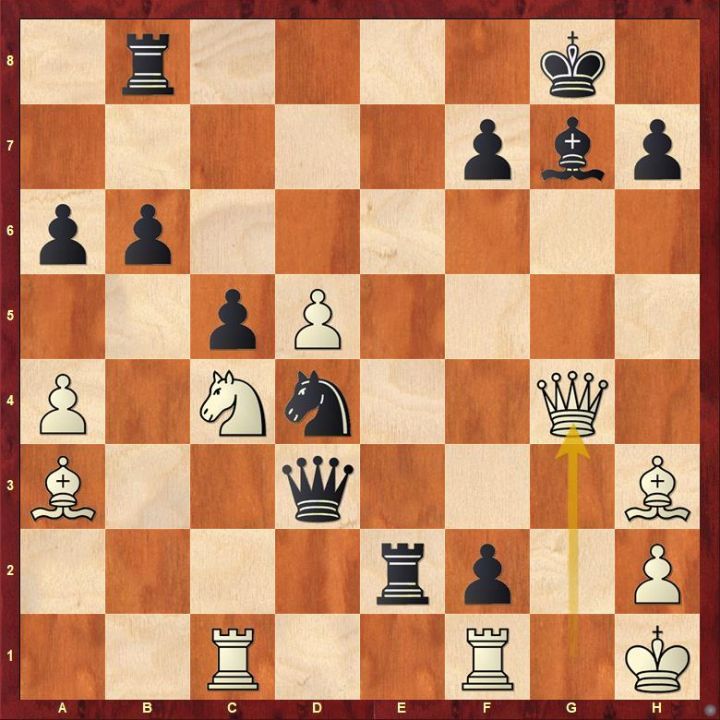 Black needed to continue the attack with 33...f5 instead he chose to play 33...b5 and allowed white to get back in the game with 34.axb5 axb5 35.Bc5. White won the game in another ten moves. 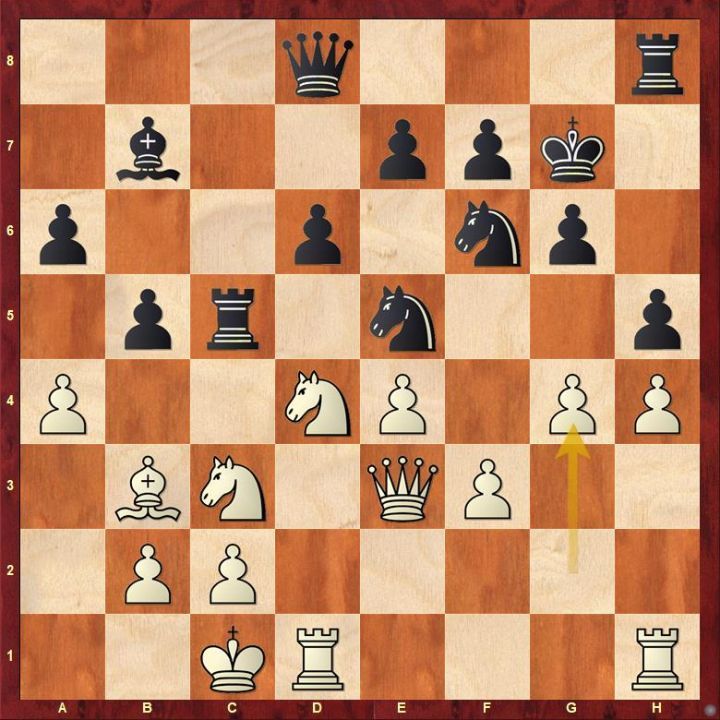 19.g4 was uncalled for. White should have simply continued with 19.axb5 instead. 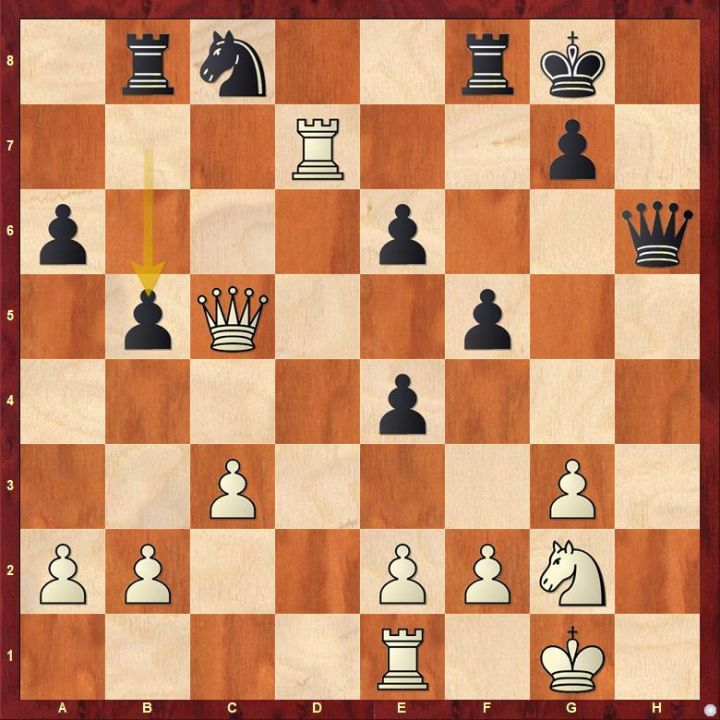 White has a complete advantage in the above diagram. The game went on with 27.Red1 although 27.Nf4 was better. Black managed to equalize but the final position was also in favor of white.

FM Mehdi Hasan Parag picked up his second victory of the event against Md. Masum Hossain in just 23 moves. 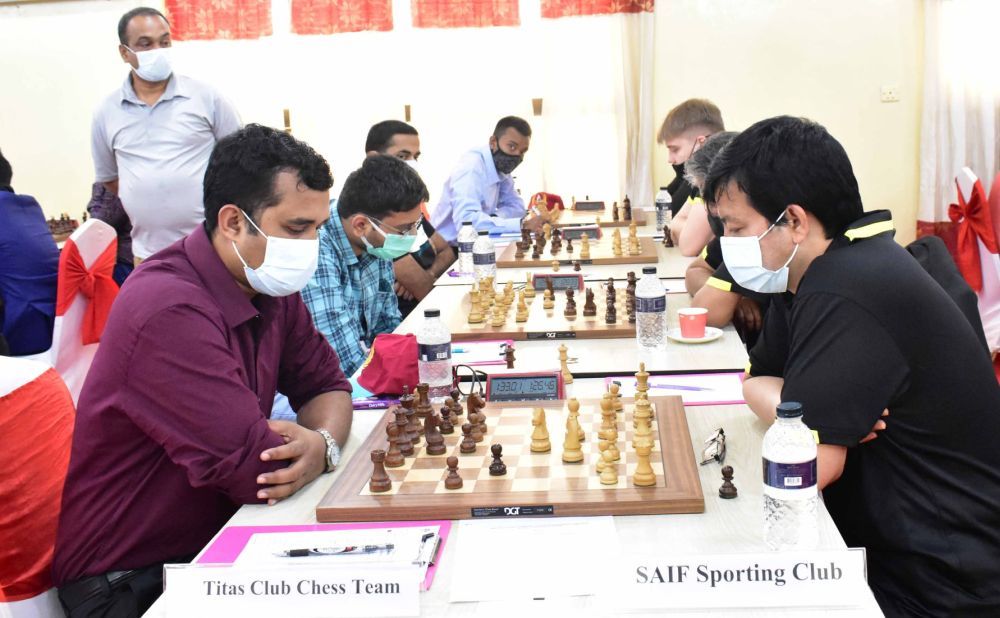 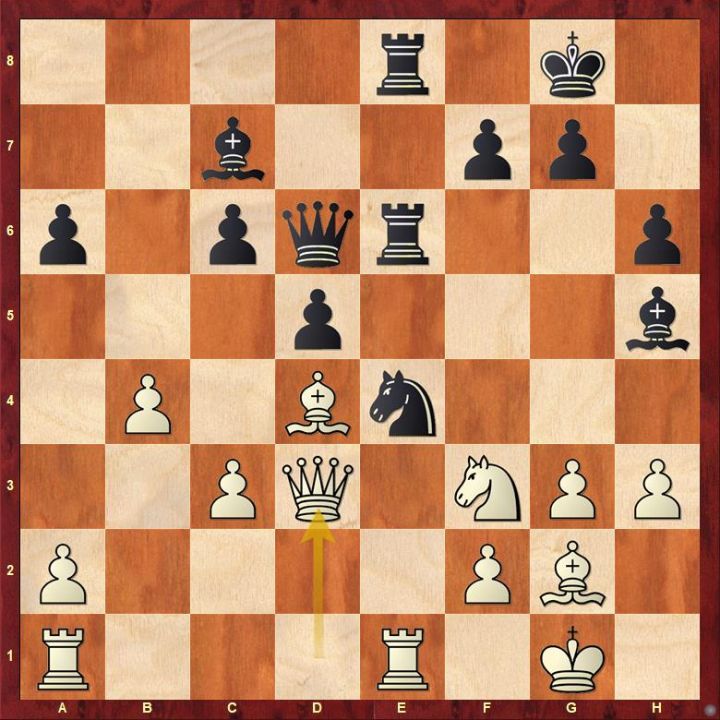 24.Qd3 is the final mistake. Find out the correct continuation for black.

IM Koustav Chatterjee won against Kaustuv Kundu. Kaustuv got into a terrible position out of the opening and could not manage to get back in the game. 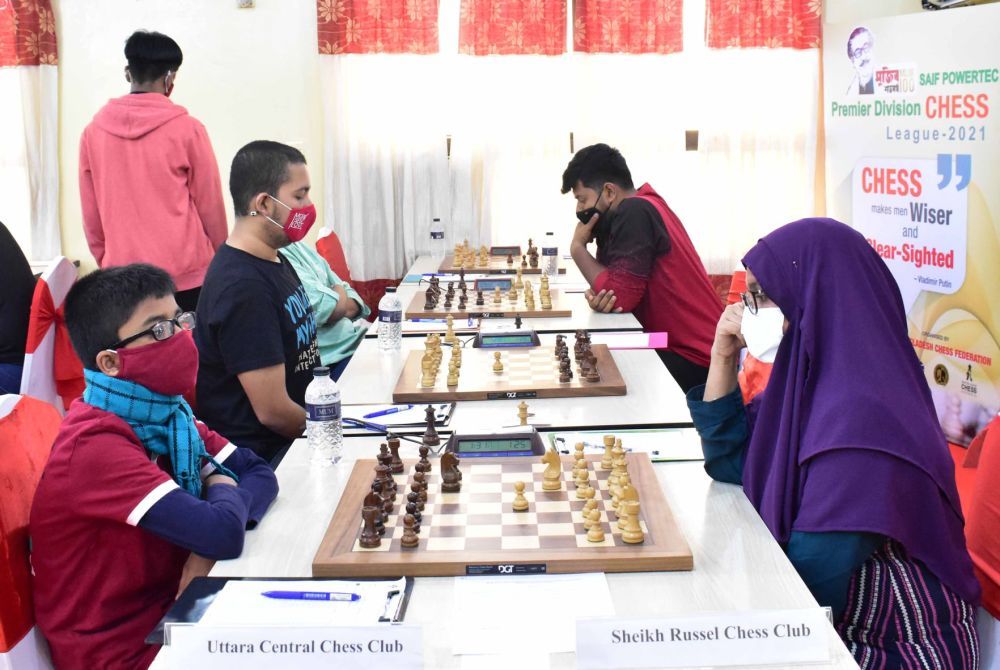 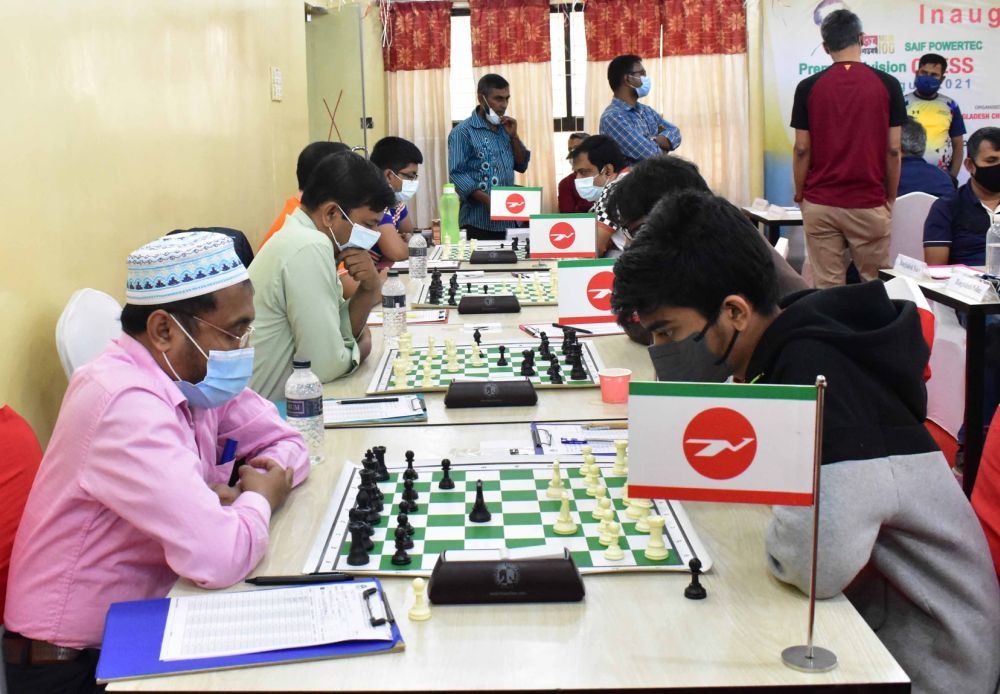 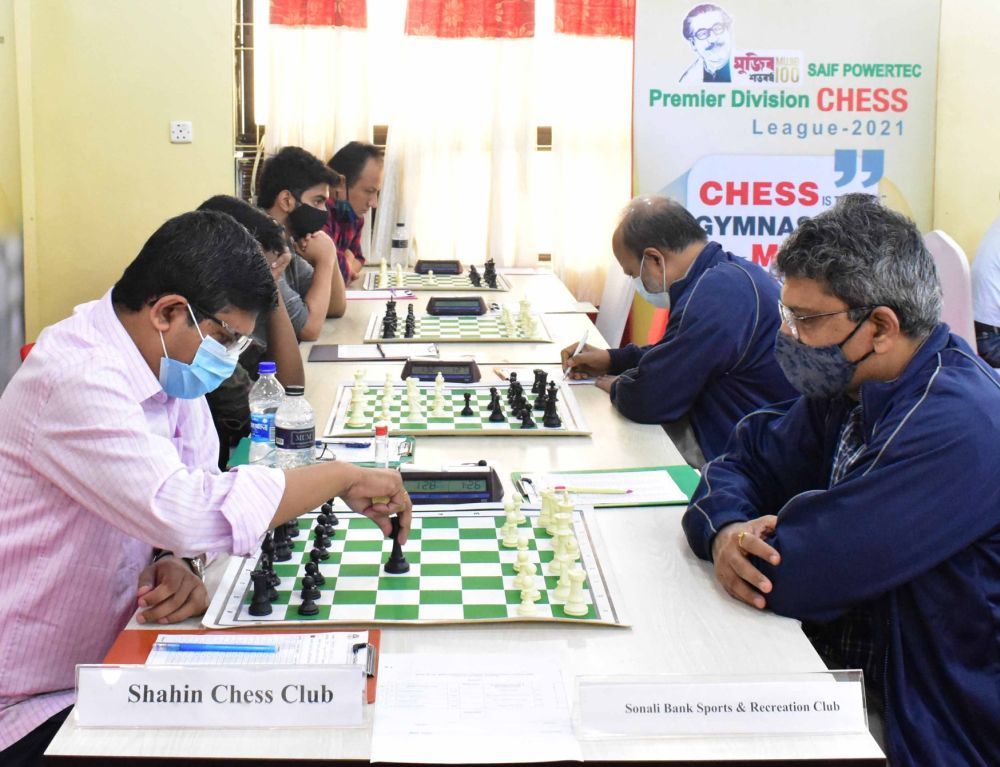 Replay games from Round 7