IM Aronyak Ghosh of Leonin Chess Club scored the sole half point for his team as he held GM Surya Sekhar Ganguly of Bangladesh Police to a draw in Round 2 of Mujib Borso SAIF Powertec Premier Division Chess League. SAIF Sporting Club scored 0-4 whitewash victory over Janata Bank Officer Welfare Society. Both Bangladesh Police and SAIF Sporting Club are in shared lead with 4.0/4 at the conclusion of Round 2. Among other upsets, WIM Rani Hamid of Sheikh Russel Chess Club held IM Sekhar Chandra Sahu of Sonali Bank Sports & Recreation Club to a draw. Photo: Shahid Ahmed

Bangladesh Police and SAIF Sporting Club in the lead

Adhiban once again displayed his fantastic positional play which eventually resulted in a combination. 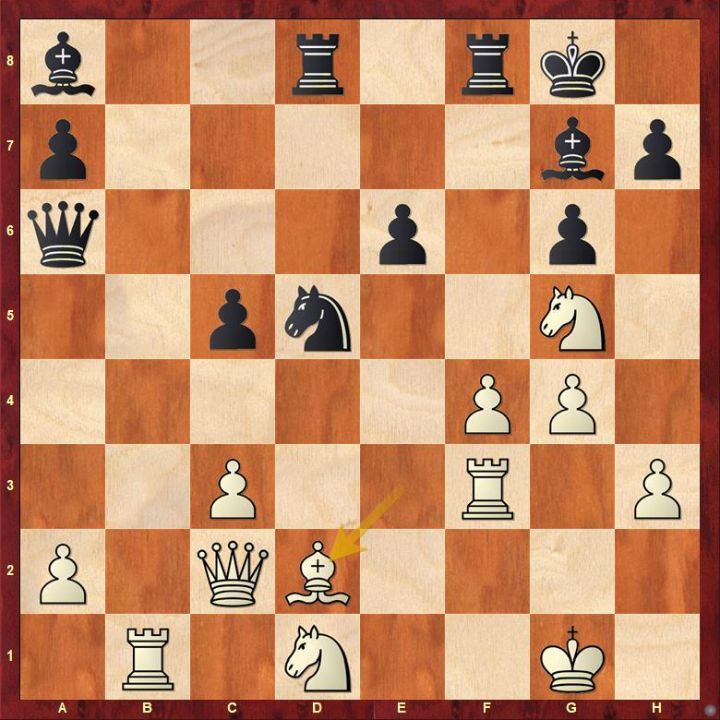 Black has the majority of his pieces looking towards the kingside. Find out the best continuation after 28.Bd2. 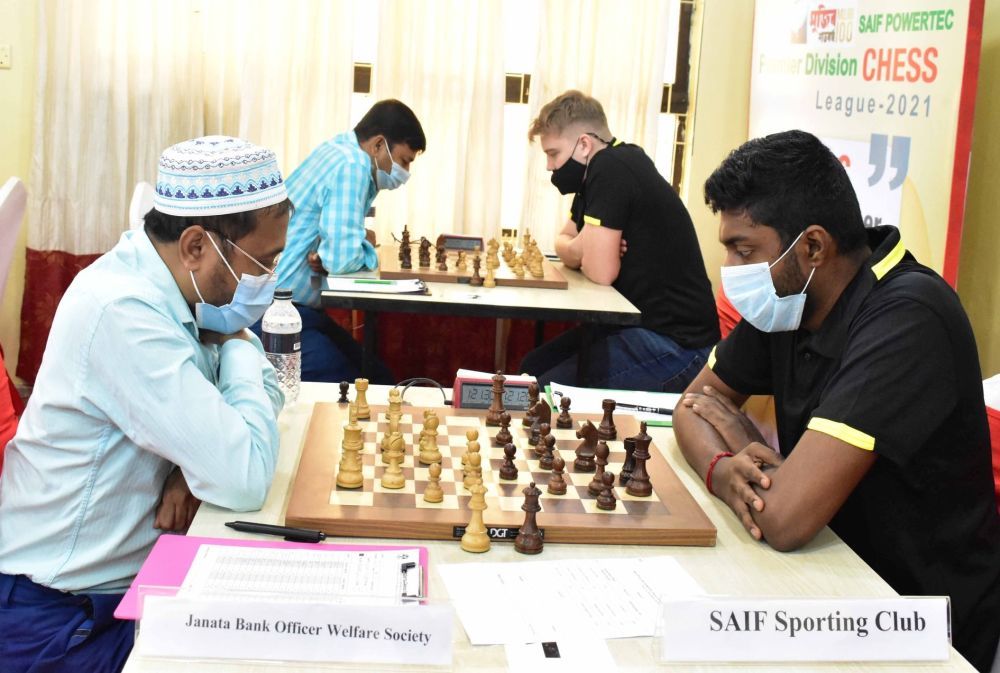 Sanket fell into a Boden's mate by doing a long castling against GM Reefat Bin Sattar in just 18 moves. 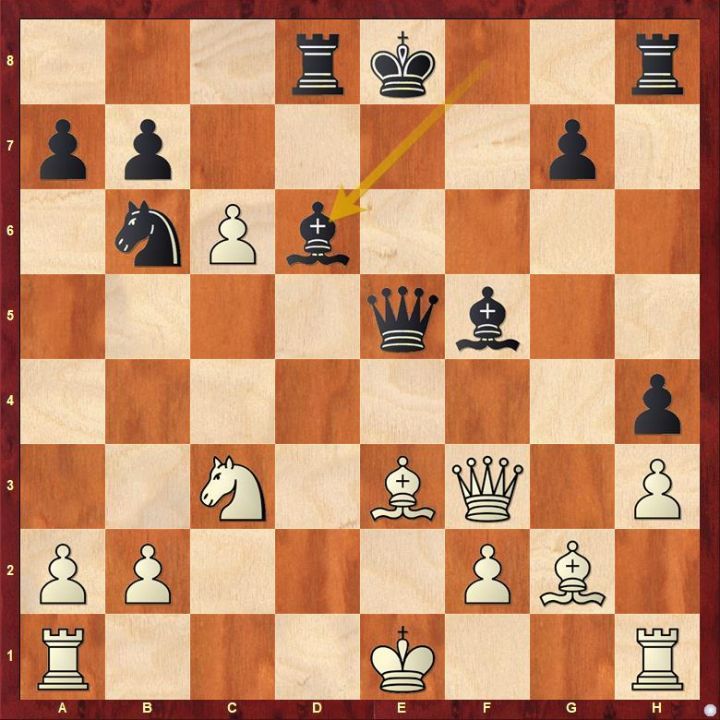 18.0-0-0 ends the game immediately with a checkmate combination. However white had an interesting continuation with 18.cxb7. Although the position remains volatile for white after 18...0-0 but still better than getting checkmated. 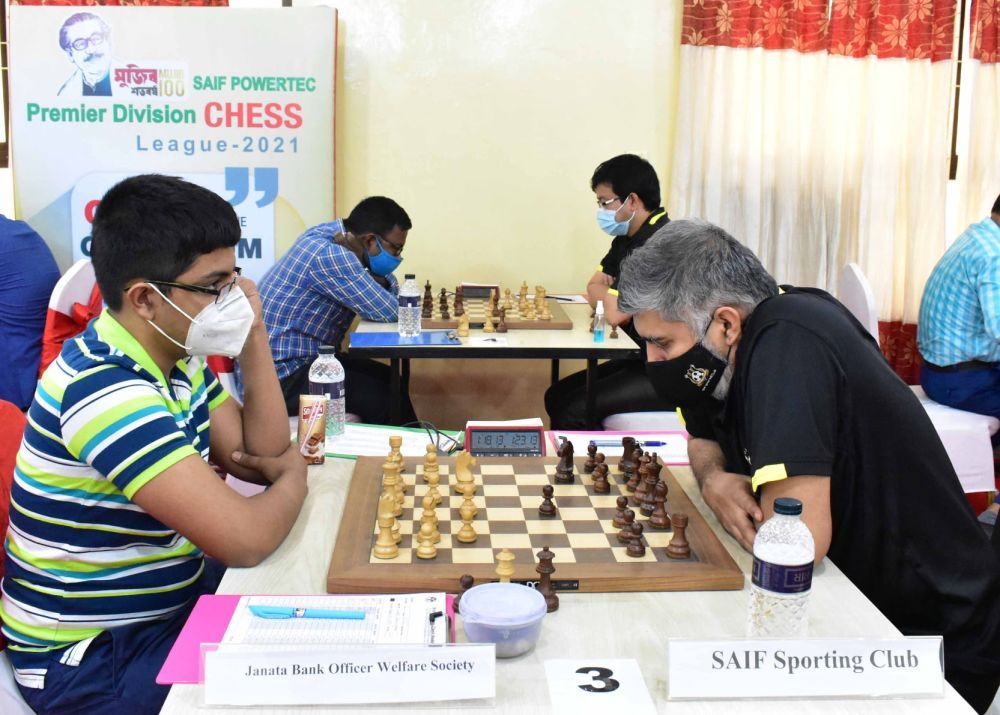 IM Aronyak Ghosh of Leonin Chess Club held GM Surya Sekhar Ganguly of Bangladesh Police to a draw. He scored the sole half point for the team in a 3.5-0.5 defeat.

GM Raunak Sadhwani launched a devastating attack on the kingside against Subhayan Kundu who generated no counter attack on the other side of the board. 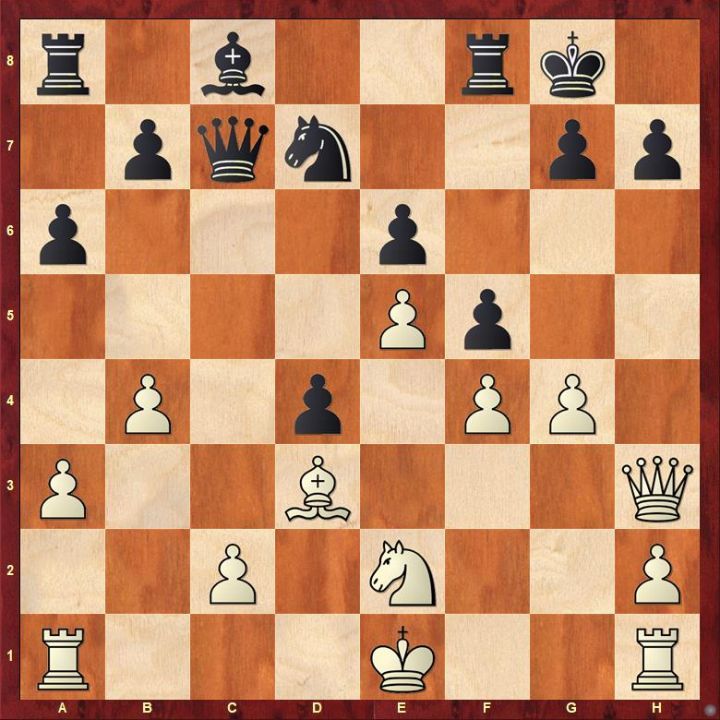 Black needed to generate some kind of counter play with 19...a5 as the position is already worse. 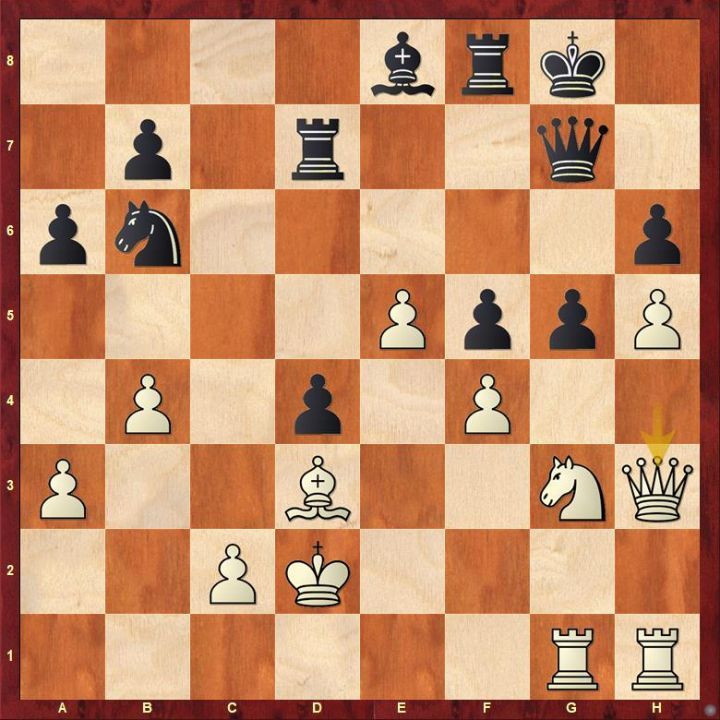 Here black has an opportunity to make a comeback in the game after 29.Qh3. Find out how. Black missed the opportunity and continued with 29...Rdf7 and lost the game in another eight moves. 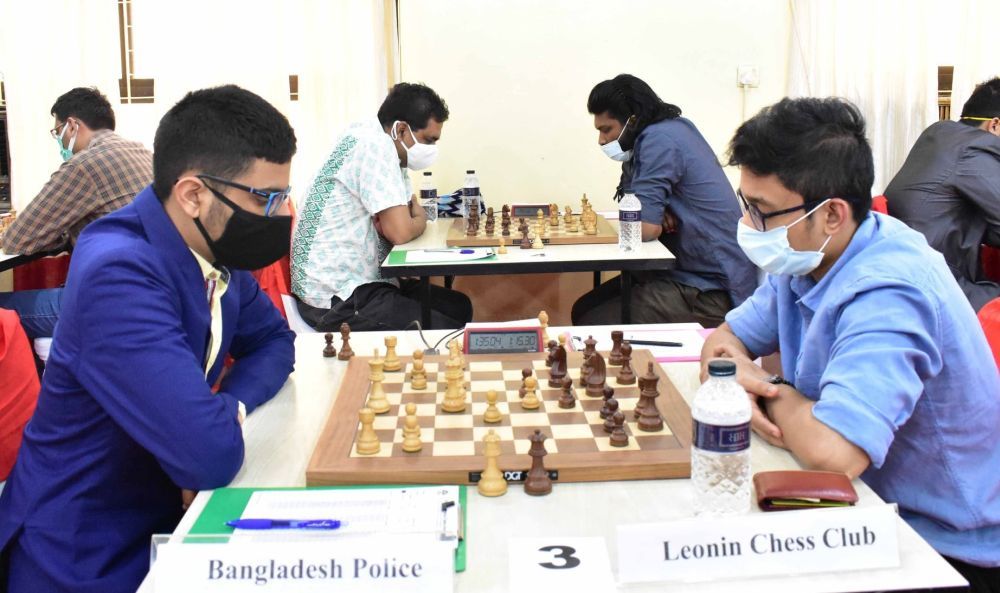 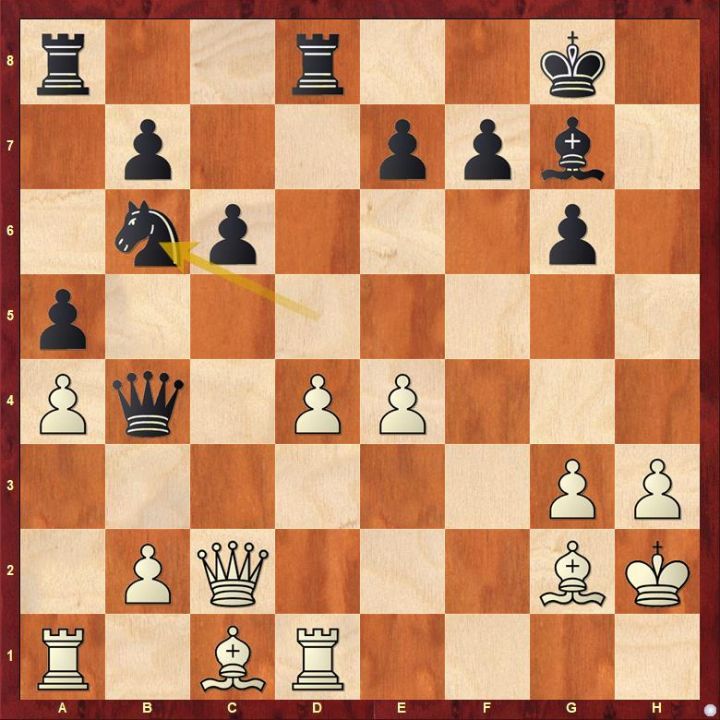 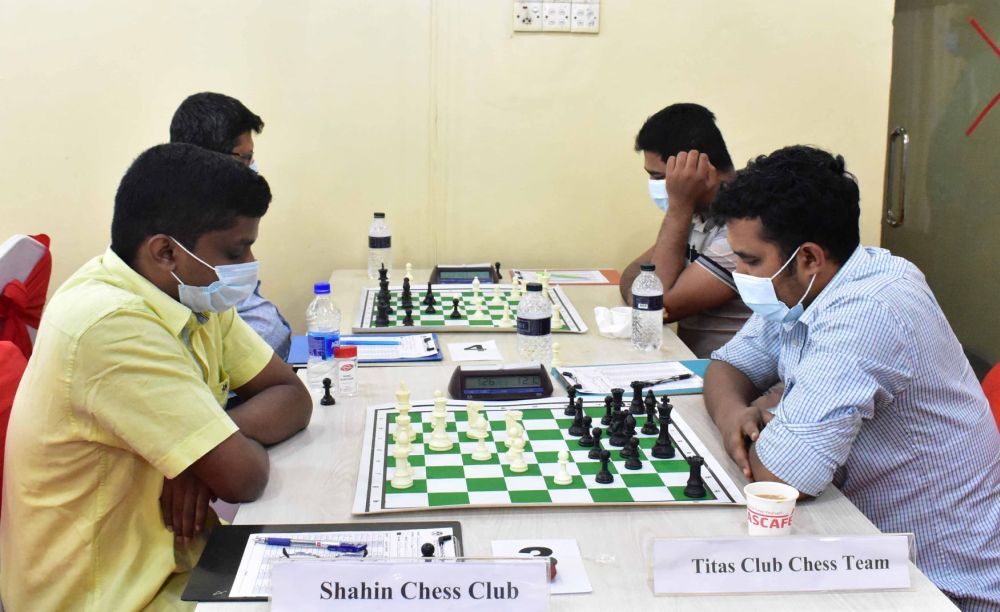 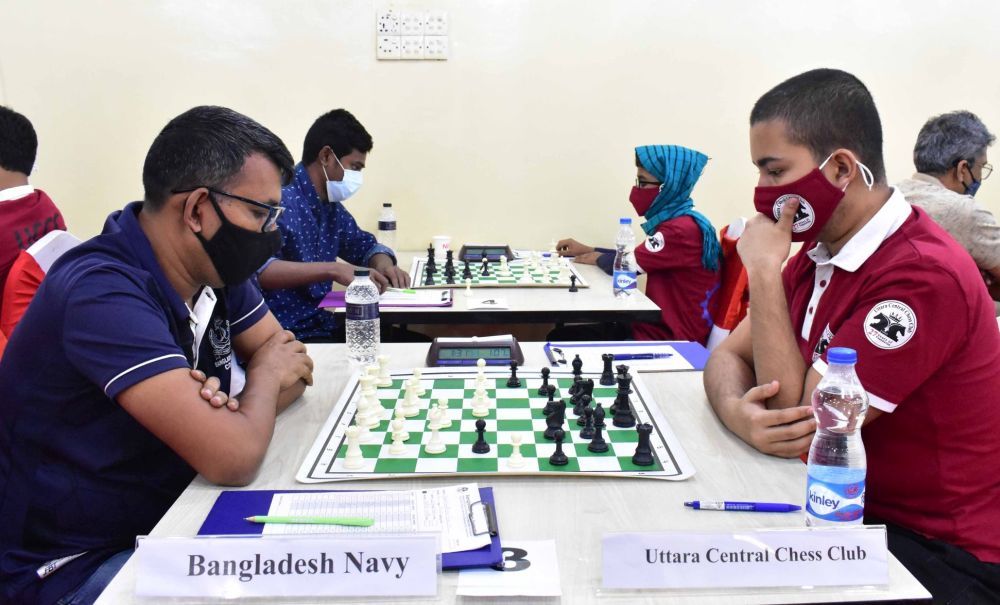 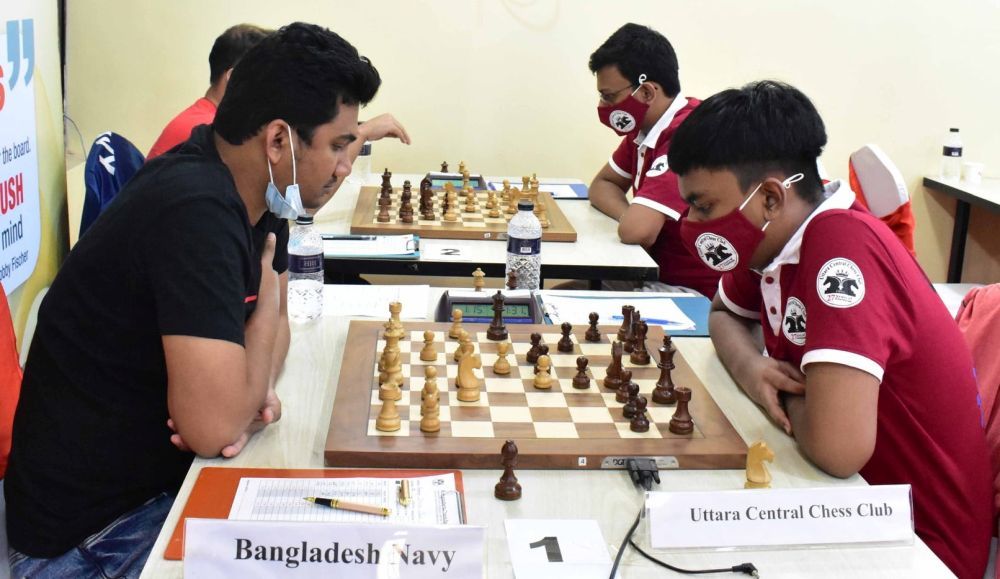 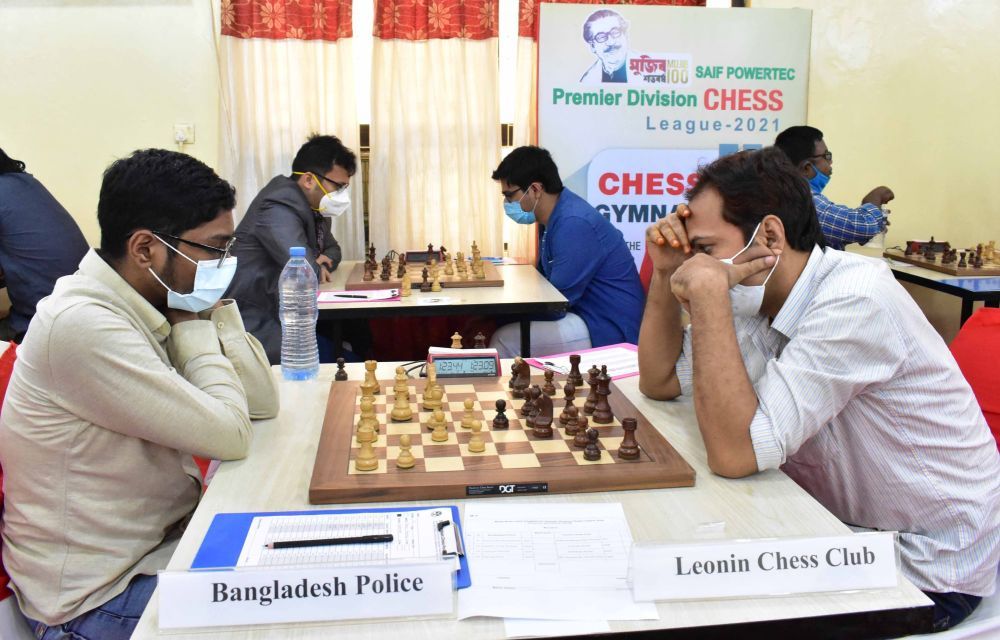 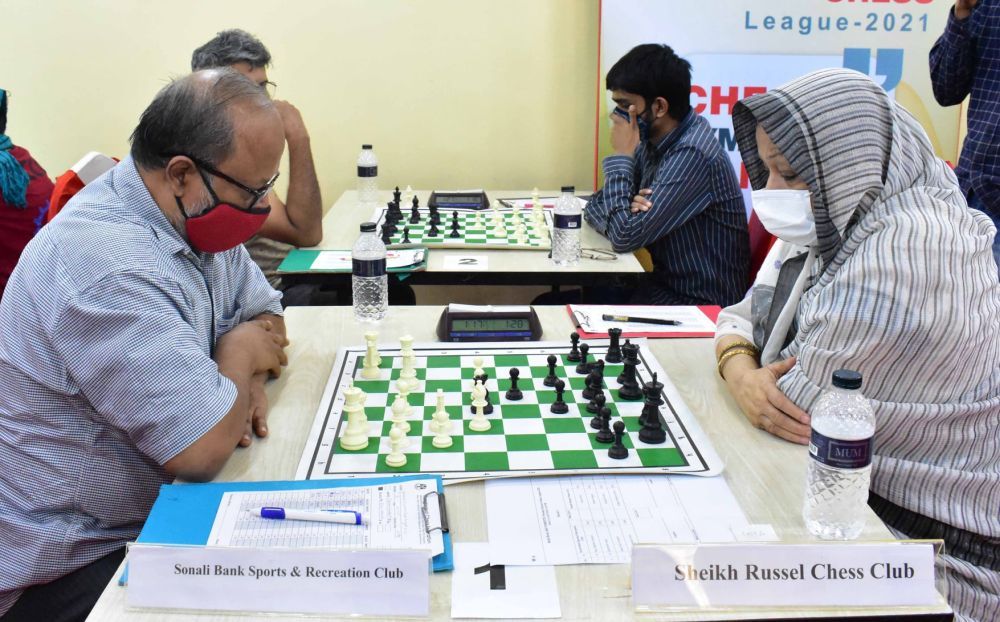 Replay games from Round 2