SAIF Sporting Club was once again held to 2-2 draw in Round 6 of Mujib Borso SAIF Powertec Premier Division Chess League. This time it was Uttara Central Chess Club who caused the upset. While Adhiban and Kovalev scored victories for SAIF Sporting, Mitrabha and Koustav scored important wins for Uttara Central to split the match point. Bangladesh Police continued their lead 12.0/12 at the top as they beat Shahin Chess Club 2.5-1.5. Titas Club moved up to the third position with a victory over Janata Bank Officer Welfare Society. They will face SAIF Sporting in Round 7. Photo: Bangladesh Chess Federation

Bangladesh Police once again asserted their dominance, this time over Shahin Chess Club by 2.5-1.5. The sole leaders are now at 12.0/12, four point ahead of SAIF Sporting Club who conceded another draw in Round 6 against Uttara Central Chess Club. SAIF Sporting Club maintains their second place at 8.0/10. Janata Bank Officer Welfare Society lost to Titas Club by 1.5-2.5 which allowed Titas Club to jump to third position with 7.0/12. 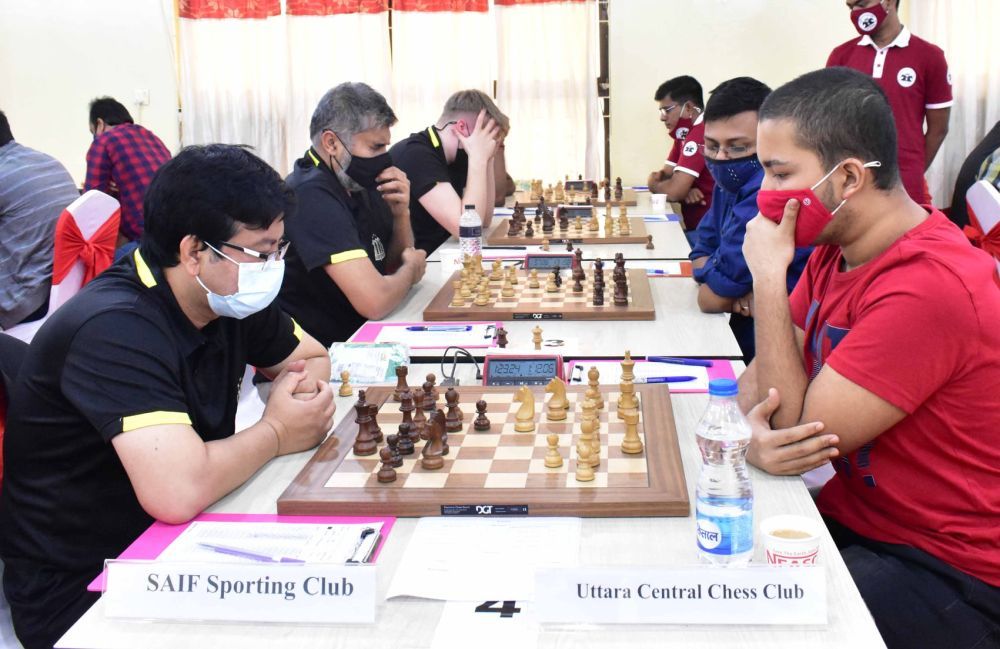 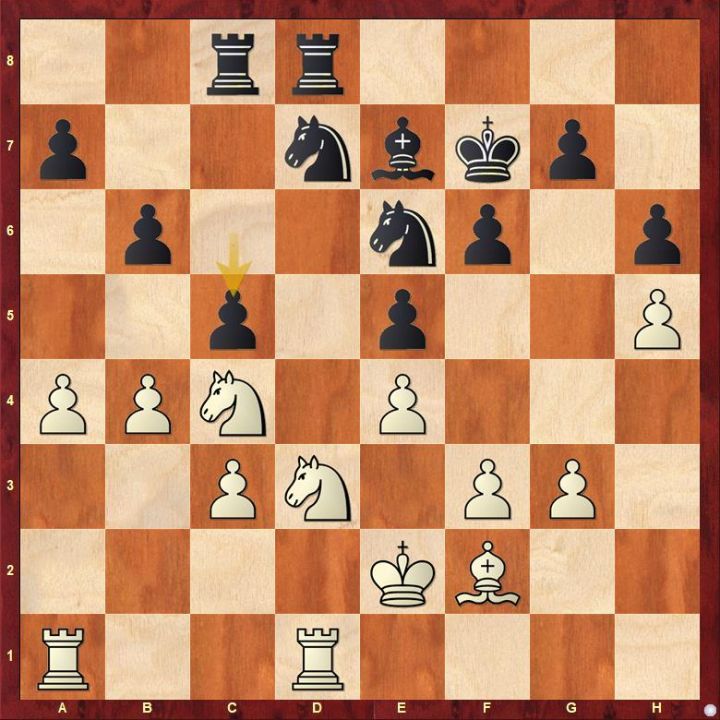 How should white continue after 21...c5 ? Find out the correct plan.

GM Abhimanyu Puranik made a short work of GM Raunak Sadhwani in just 27 moves after the latter made an incorrect exchange which weakened his position. 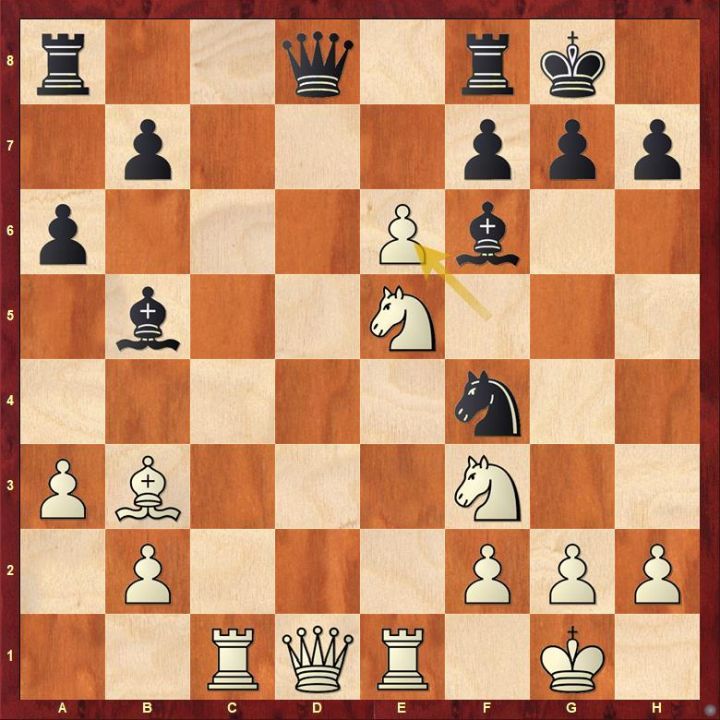 The game between GM Mollah Abdullah Al Rakib and GM Narayanan S L turned out to be a draw. 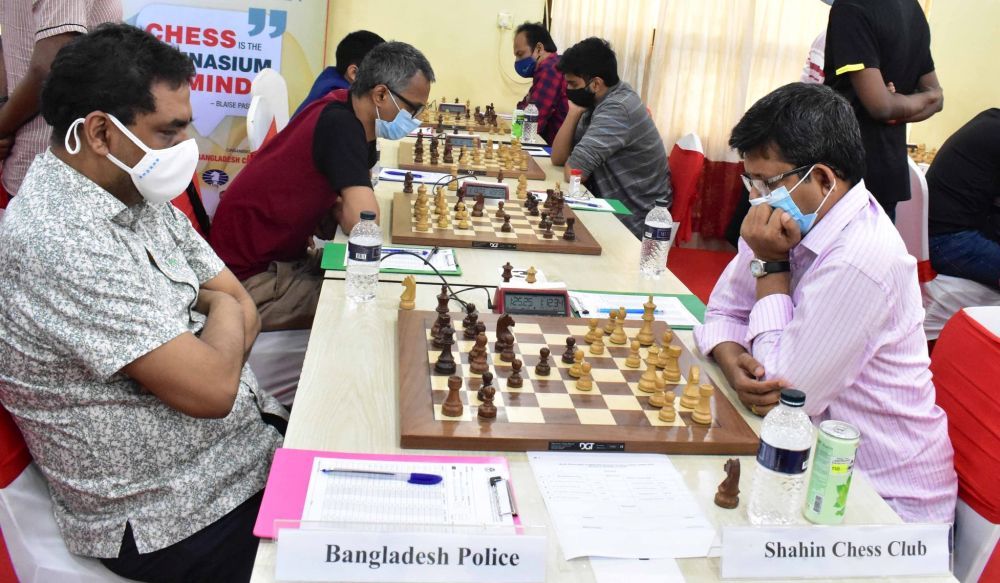 GM Adhiban showcased his fantastic positional understanding and converted his advantage comfortably to a victory against Md. Monjur Alam. 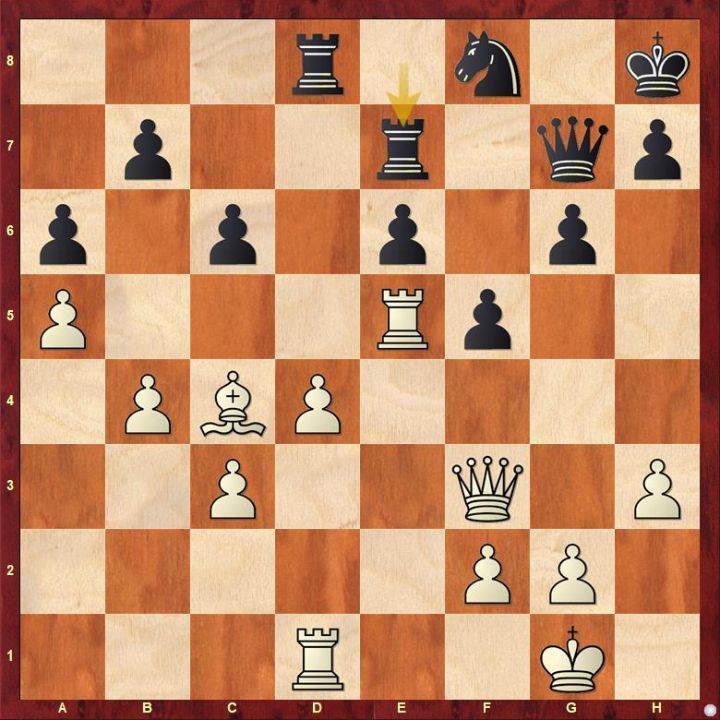 Find out the correct plan for white after 28...Re7. 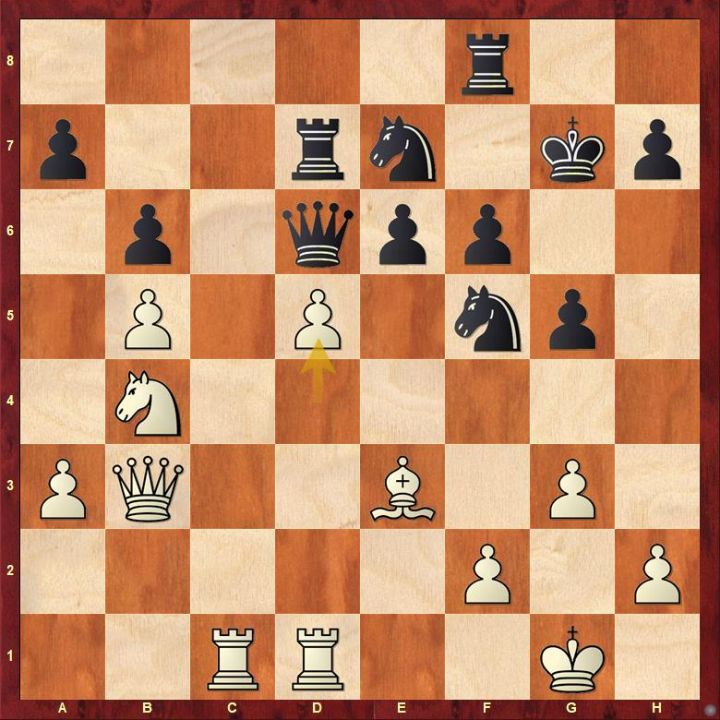 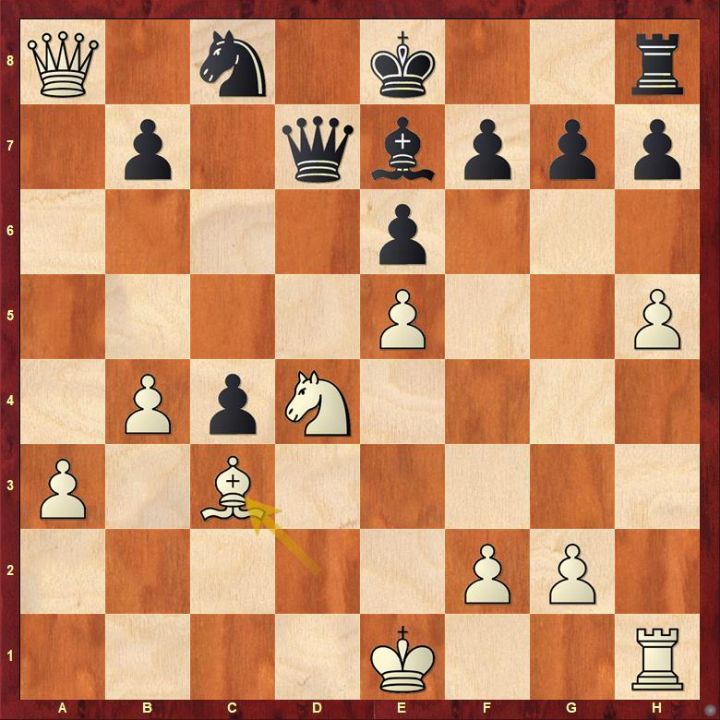 21.Bc2 completely ignores the fact that white's queen has a limited mobility. The game went on with 21...0-0. While there was no way for black to gain the queen but it was possible to keep it trapped a while longer. How?

GM Gukesh D scored a comfortable victory after his opponent Sabya Sachi blundered a piece in an already difficult position.

GM Neelotpal Das was held to a draw by Md. Matiur Rahman.

FM Md. Taibur Rahman had a queen for IM Anup Deshmukh's rook and knight. He was better for the majority of the game but Deshmukh managed to survive a difficult position and salvage a draw. 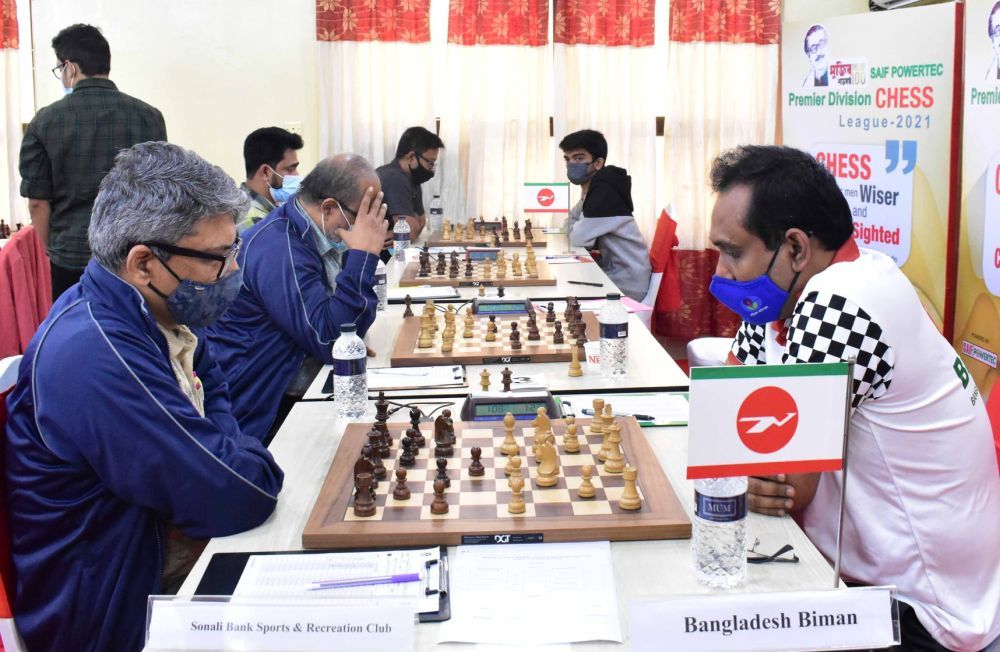 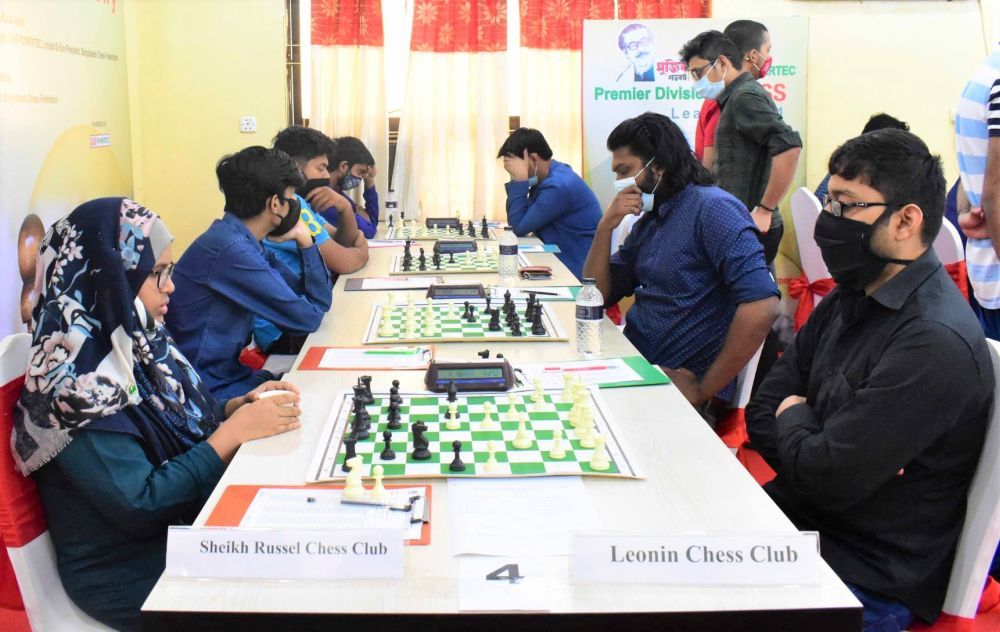 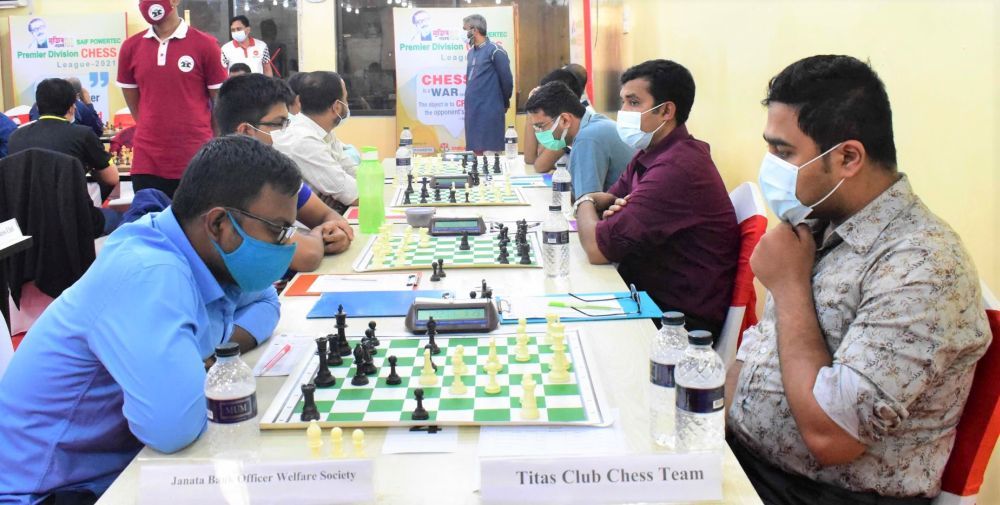 Replay games from Round 6